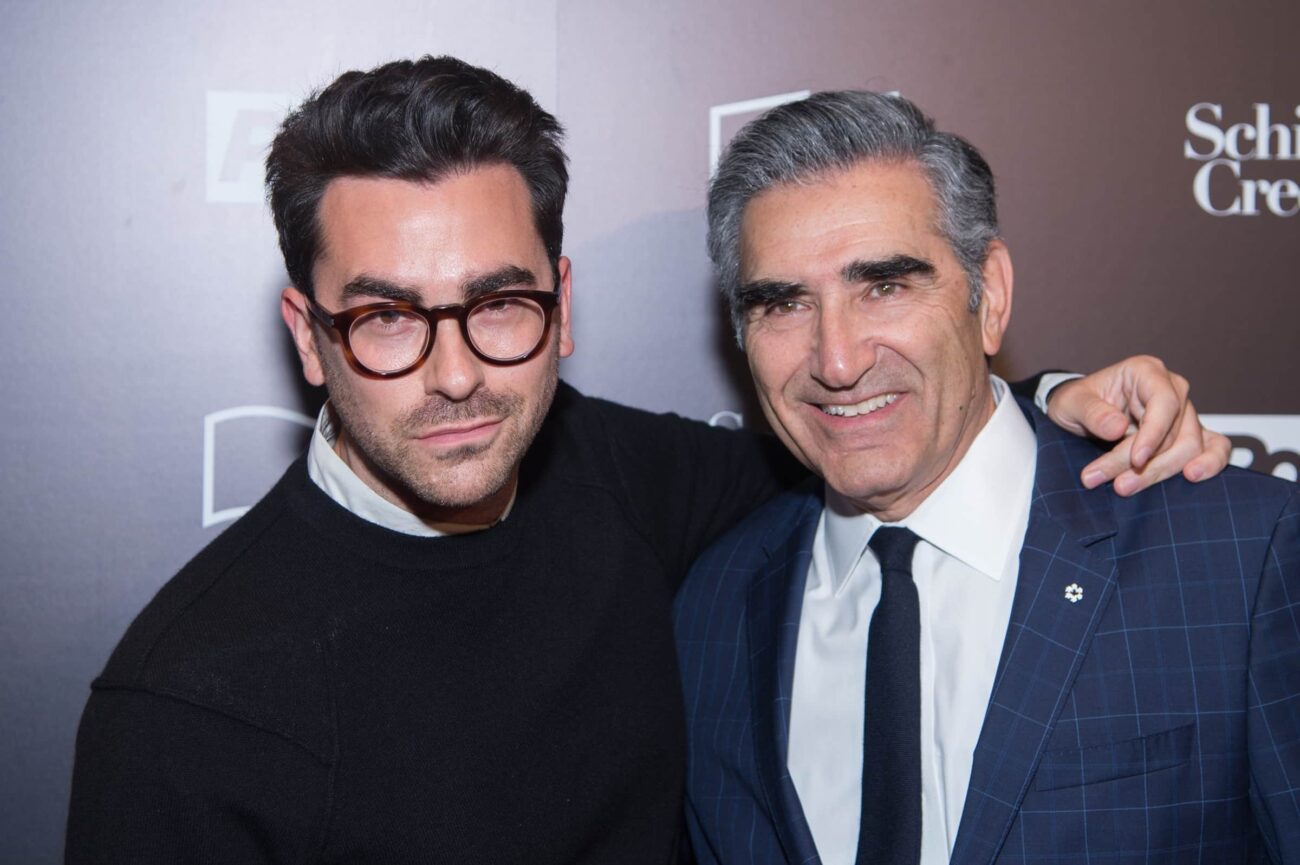 Eugene Levy’s family reunited on SNL: Warm your heart by watching it now

Here’s a surprising factoid: throughout his long & distinguished career, Eugene Levy has never hosted Saturday Night Live. Nope, not even after becoming a cultural icon playing Jim’s dad in the American Pie franchise. Thankfully, this past weekend SNL took steps toward correcting this issue: they had a member of Eugene Levy’s family host the show.

The family member in question is, of course, Dan Levy – Eugene Levy’s son. Dan & Eugene are also co-stars in the beloved TV show Schitt’s Creek, where they hilariously happen to play father & son. So, in a way, there was a double-whammy of a Levy connection on the most recent SNL episode.

Seeing Dan Levy host SNL was a treat on its own. However, in a magnificent bit of fan-service, the show gave us two Levys for the price of one, if only briefly. We got a Levy family reunion during the opening monologue, with Eugene showing up to support Dan – although in slightly unusual circumstances. 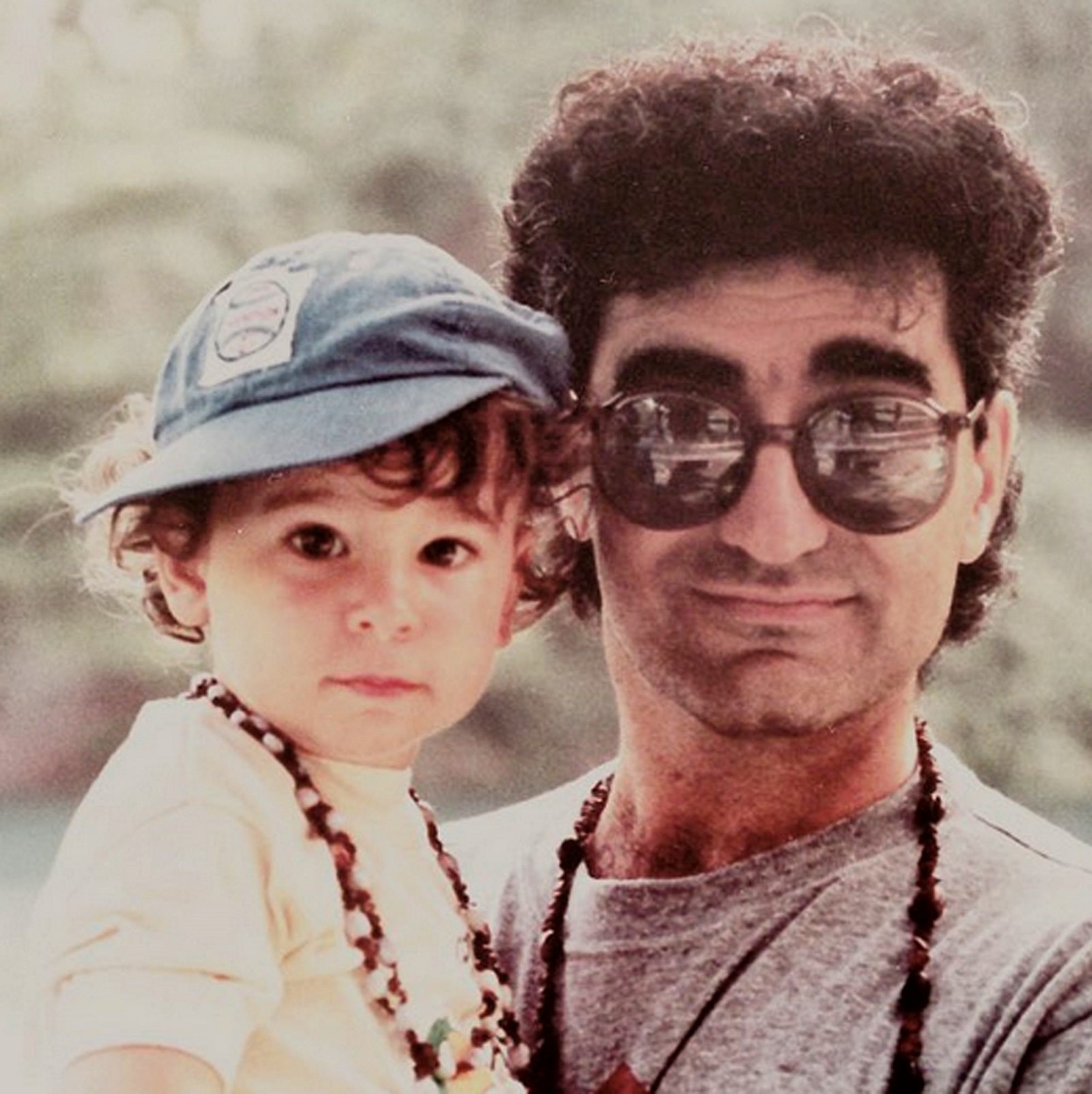 Before we go over Dan Levy’s SNL hosting debut, let’s backtrack and clarify why it is that Eugene Levy never hosted. It’s not like SNL didn’t try to get Levy back when the comedian’s star first started rising thanks to Second City Television. In fact, thirty-five years ago Eugene Levy was actually scheduled to appear on SNL, along with fellow SCTV member John Candy.

Eugene Levy & John Candy went as far as popping up in the 1985’s SNL Film Festival special to promote the following week’s episode, set to feature musical guests Hall & Oates. So what happened? A brief strike by the Writers Guild of America got in the way of the episode and Eugene Levy never got another chance to host SNL. Boooooo.

At the time, Dan Levy was just a one-year old baby with zero knowledge of comedy.

Fast-forward to present day, where Eugene Levy & Dan Levy are adored by the masses thanks to the popularity of Schitt’s Creek. And this time, there wasn’t a writer’s strike to get in the way of Eugene Levy’s son taking his rightful place on the SNL stage. Granted, there’s still a global pandemic raging on, but the show actually addressed that!

Saturday Night Live has made the COVID-19 pandemic part of every episode since the show came back. Dan Levy’s hosting debut was no different, with the comedian giving the audience a tour of the COVID-conscious studio during his monologue. The big payoff was when Dan Levy eventually ran into his very own father, Eugene Levy, standing inside an “isolation box”.

The ensuing interaction between father & son was brief, but adorable. Dan Levy expressed surprise at his dad flying all the way from Los Angeles to watch him host “from a weird box”. Eugene Levy explained he didn’t know about the box when he made the decision to fly to New York. Health guidelines, whatcha gonna do?

This goes out to the bully punks at Camp WTF who made life miserable for a certain cabin-mate back in the the summer of ‘96 – just because he was different. Well, after all these years I have just 7 words to say to you: “Live from New York, it’s Saturday Night!” @danjlevy ❤️

Eugene Levy isn’t the only cool parent in the Levy family. Dan Levy’s mother, Deborah Divine, scored a gazillion brownie points online on Saturday morning with one single tweet. In it, Dan’s proud mom delivered a sick burn to all the bullies that made her son’s life miserable back in the day. Dan amplified the message by quote-retweeting it and adding “Moms.” and a heart emoji before the tweet.

Saturday wasn’t the first time Deborah Divine has expressed support & enthusiasm for her son’s career. Last year, before the series finale of Schitt’s Creek aired, she posted a heartwarming tweet praising the way Dan Levy has kicked the old world’s ass “to the curb”. Dan made sure to retweet his mom’s post, to make sure we all know how great she is.

So what’s next? Surely it’s only a matter of time before we get Eugene Levy as an actual SNL host, right? And if Lorne Michaels wants to make it a family affair again and have another Eugene & Dan Levy team-up, we won’t complain – we’ll just hope it lasts longer than the one in last week’s episode.