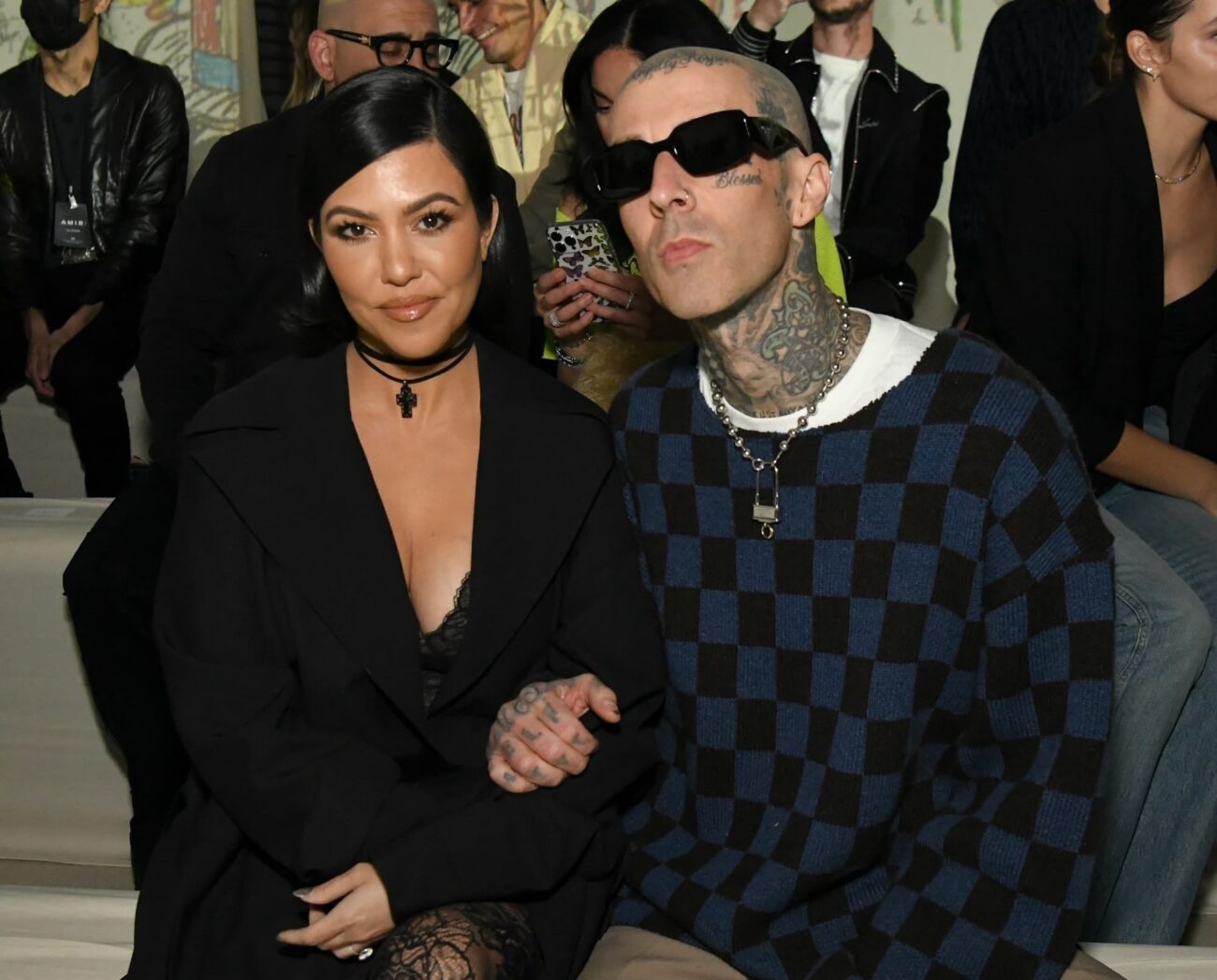 Does marrying a millionaire make any difference when you’re already a millionaire? Specifically, when you’re a Kardashian? The truth is all Kardashians can marry and divorce as many millionaires as they please and they’ll still be economically protected. Although their net worths could increase when they’re married, they all manage an insuperable lifestyle on their own already.

Several people question why the Kardashians are so famous if they’re not singers or actresses. Their talent is the art of being strategic and always giving something to talk about. Undoubtedly, the Kardashians are the icons of this era. Kim just showed she doesn’t need billionaire Kanye West to wear a historical piece at the Met Gala, but what about Kourtney Kardashian & Travis Barker?

The couple is now officially married for the third time. You didn’t think the Las Vegas wedding after the Grammys was going to be the only one for these two right? Kourtney Kardashian & Travis Barker celebrated their official three-day wedding at Portofino, Italy last weekend. All celebrations occurred at L’Uliveto, a property of  Dolce & Gabbana, who also designed their outfits, not that they needed it. 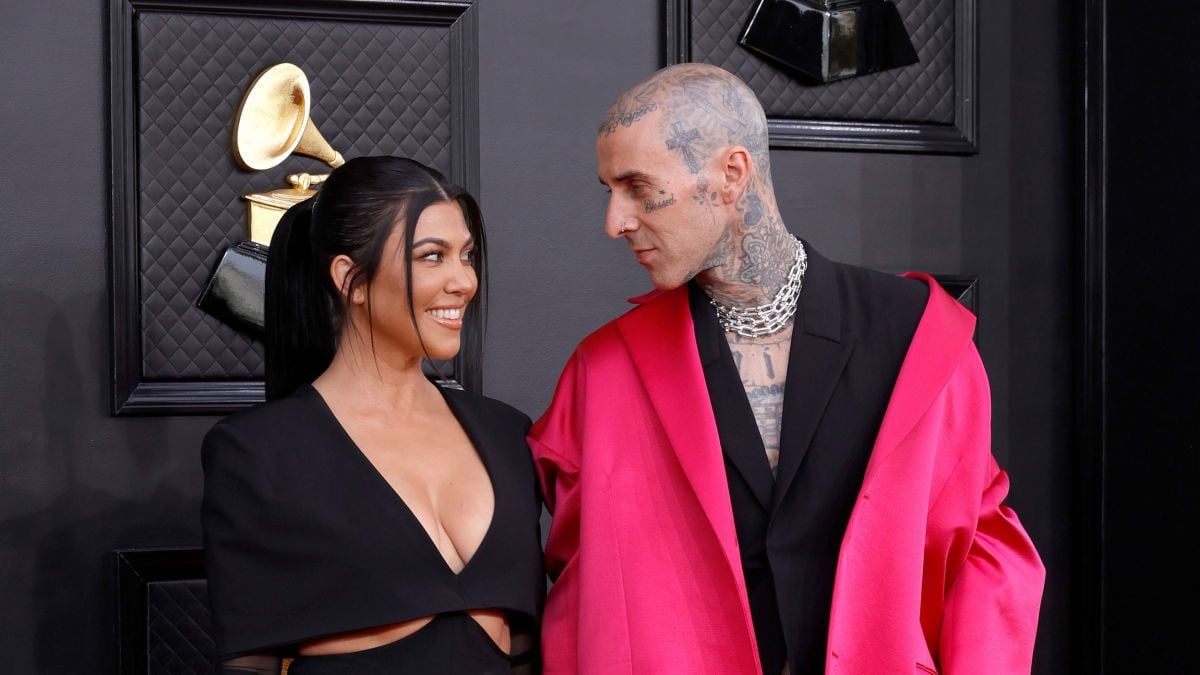 Even if you live under a rock you’ve heard the name Kardashian and know more than six zeros come with it, no matter which specific Kardashian we’re talking about. But what about Kourtney, who currently stands under the spotlight with her husband Travis Barker?

Kourtney Kardashian is the eldest of the sister clan, however, we all know the most famous one is Kim. Kourtney, like all her family, began appearing on the reality show, Keeping up with the Kardashians, in 2007, and after three seasons she landed the first of several spin-offs. After that, she managed several businesses, like DASH, the chain store she owned with her family that closed in 2018.

She also co-owned a children’s boutique named Smooch, with her mother and collaborated with Kylie through her cosmetics line. In April 2019, Kourtney Kardashian launched a new lifestyle & wellness site called Poosh, to educate and motivate people to pursue a healthier lifestyle. 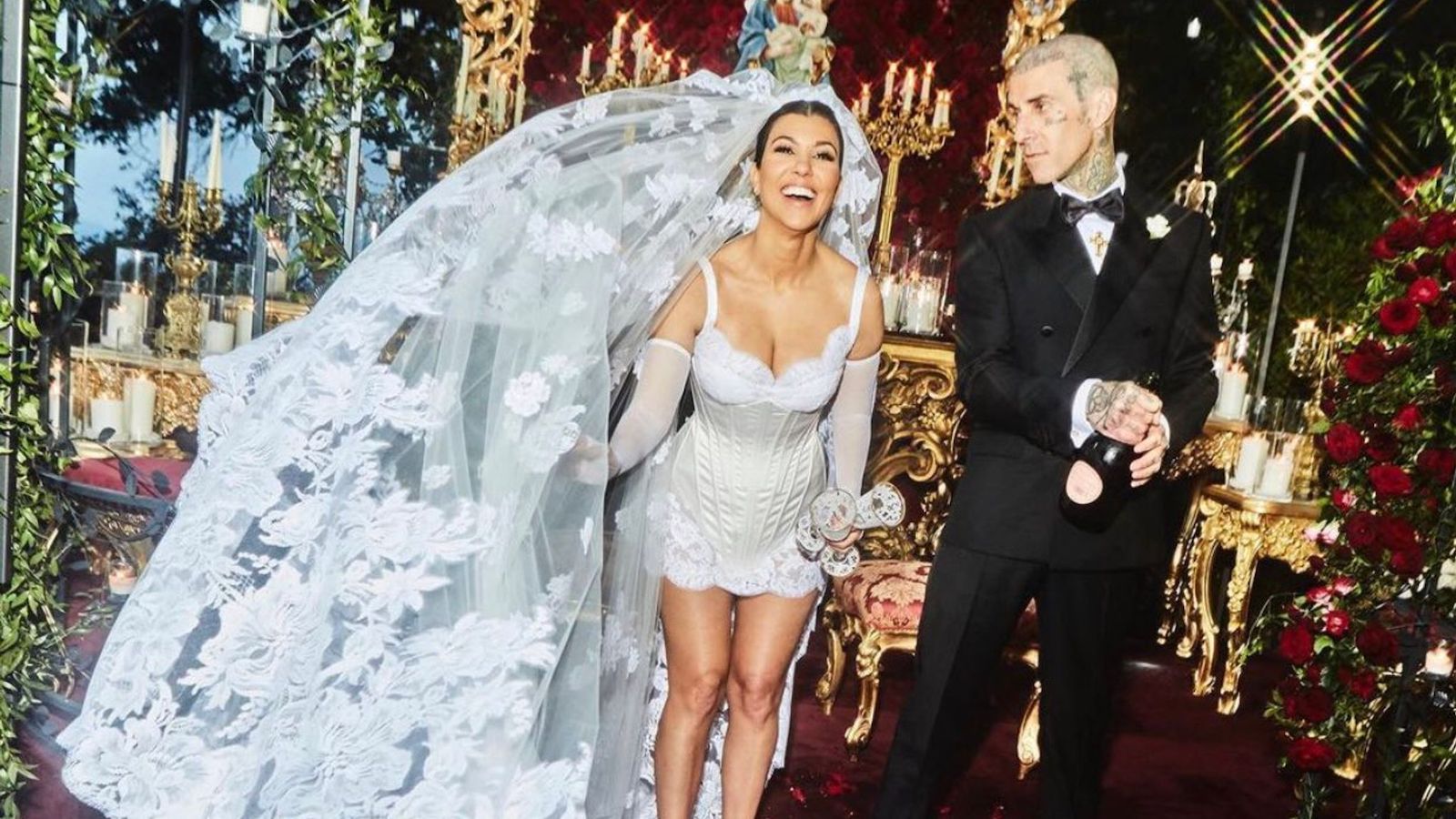 Even if her businesses aren’t the most successful ones when you have that level of visibility your name itself becomes a business. Kourtney’s estimated net worth is $65 million. She got paid around $4.5 million per season for Keeping Up with the Kardashians and charges a minimum of $250,000 per sponsored Instagram post. What about Travis Barker? 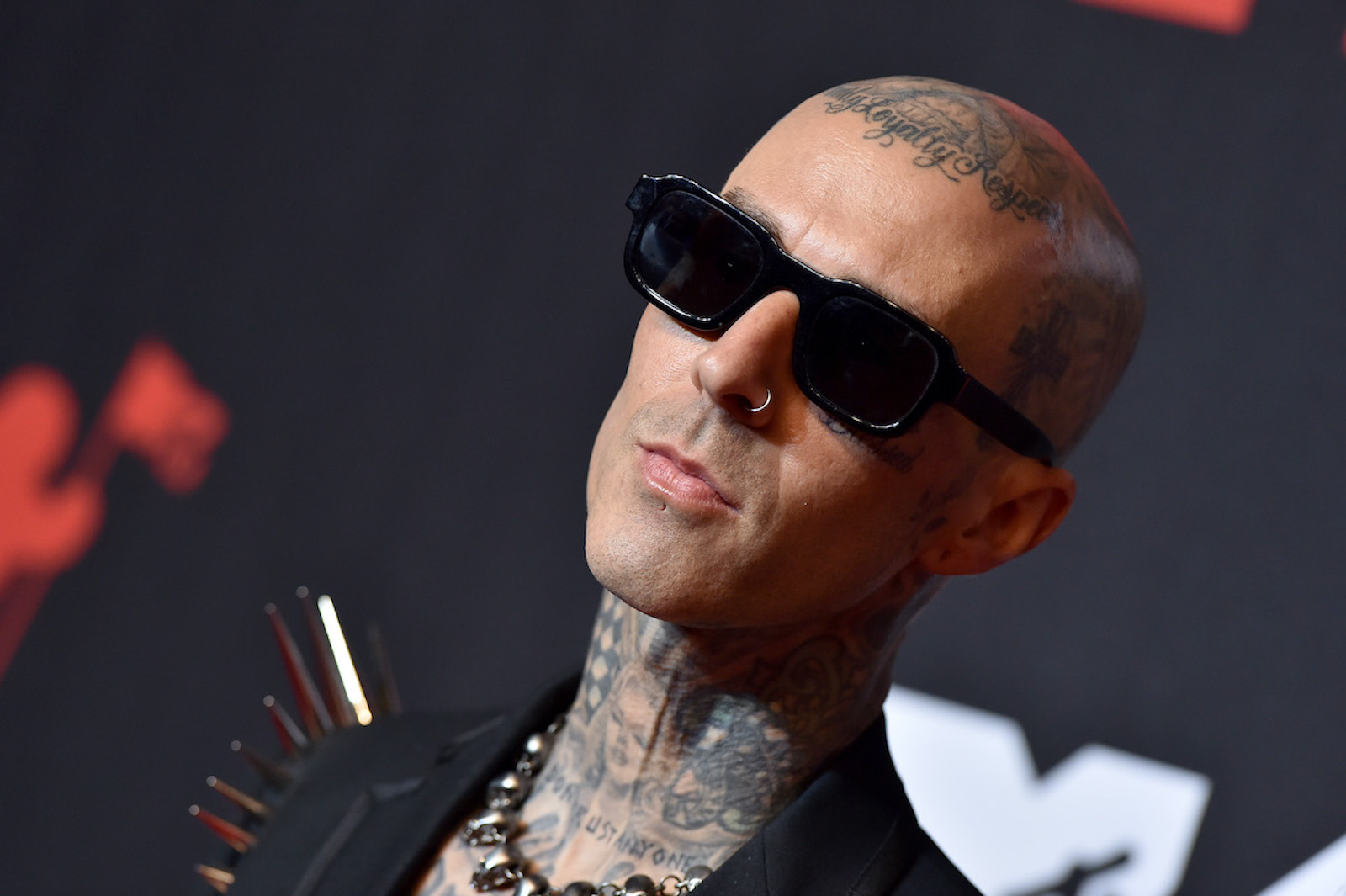 Barker’s background has been completely different from Kourtney’s, yet their net worths are not so far away from each other. Travis Barker’s estimated net worth is $50 million. The Blink-182 drummer has gone through a tough life and we can describe him as self-made, his mother was a babysitter, and his father was a mechanic. Unfortunately, Barker’s mother died when he was in high school.

Talent isn’t the only key to success and Barker is the proof of that, since he started playing the drums at age four. Before being part of Blink-182, the musician joined other punk & rock bands like Snot, Freeble, and Aquabats.

Still, his personal life hasn’t been as successful, in 2004, he married Shanna Moakler and starred together in the reality show Meet the Barkers, yet divorced in 2008. That same year Barker suffered a plane crash that would change his life forever leaving 65% of his body burned. Barker went through twenty-seven surgeries and spent around four months in hospitals. 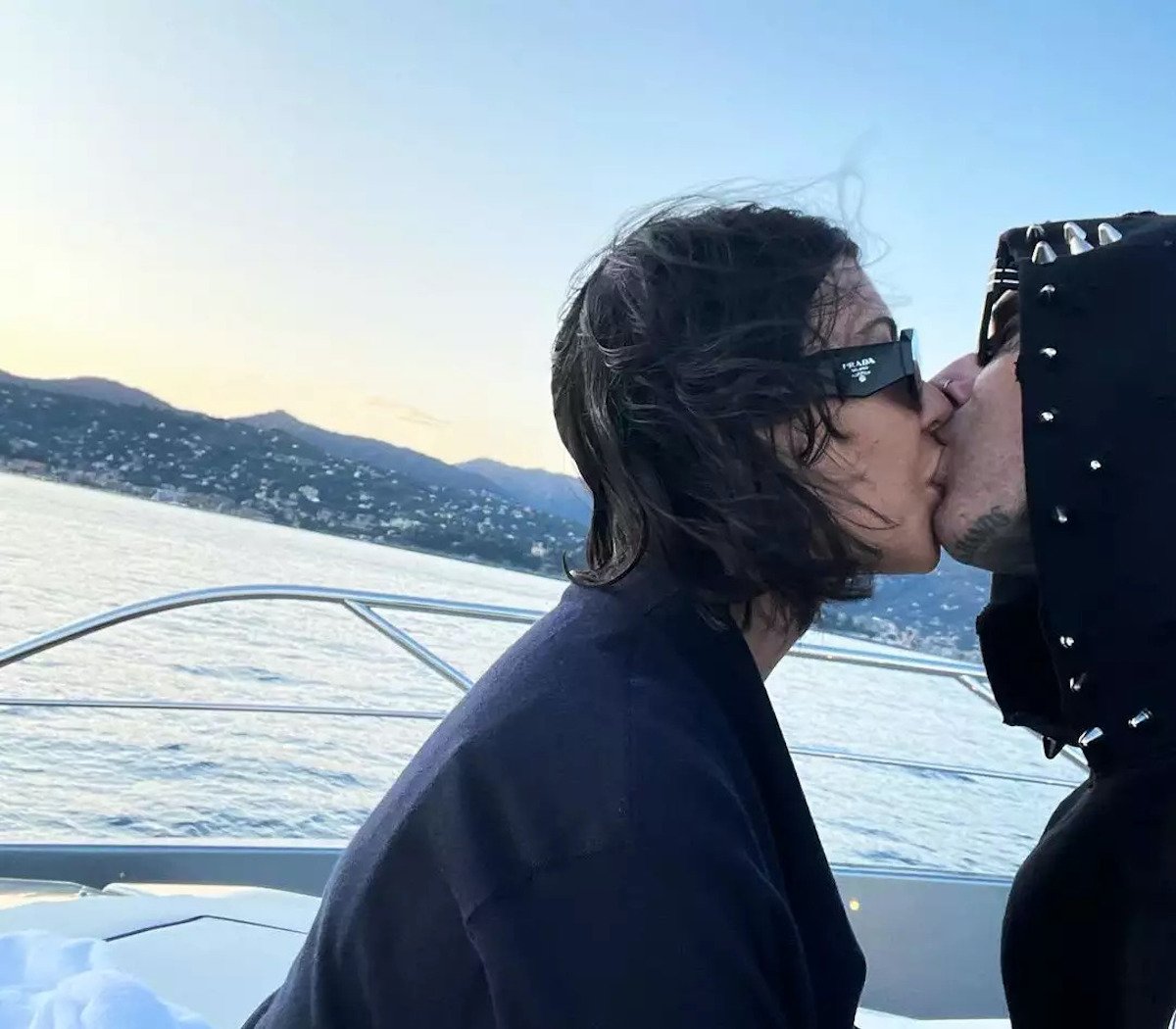 Unfortunately, the plane crash left him with psychological trauma that wouldn’t let him travel in airplanes for over a decade. Whenever Blink-182 had to perform abroad he had to be replaced. But love moves a lot of things and finally in 2021 Barker was able to use an airplane again with Kourtney by his side.

It looks like the couple has real chemistry and really loves each other and their relationship is being supported. Will Kourtney & Travis fill the gap Kim & Kanye left? Who knows, but they’ll surely grow their net worths together.