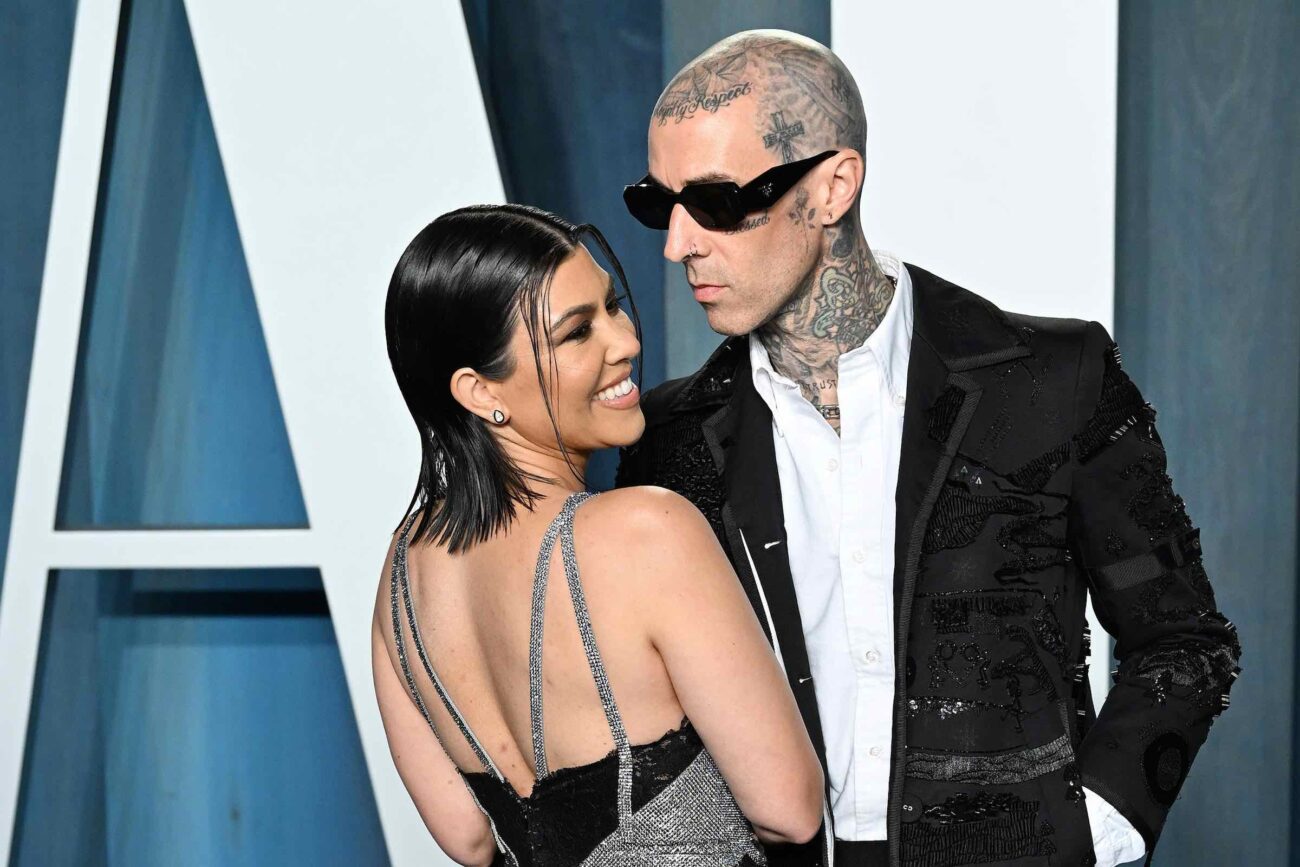 They say what happens in Las Vegas stays in Las Vegas, but if your last name is Kardashian then whatever you do, wherever you do it will stay public forever. The truth is our beloved Kardashians always give us something to talk about, especially when it comes to weddings, marriages, and divorces.

February was all about Kim’s daughter’s TikTok account and Kanye’s aggressive posts on Instagram. In March, Kylie Jenner & Travis Scott’s son’s name change left fans wondering the reasons behind that decision. And now, rumor has it Kourtney Kardashian secretly married Travis Barker in Las Vegas. But, was it a real marriage or just the kind of thing that happens in Las Vegas?

Also, does a marriage contract actually mean something in celebrity land? The shortest marriages in history are always starred by celebs. Let’s not forget Kim Kardashian forms part of that list with her second marriage to Kris Humpries which lasted 72 days. It looks like from the beginning Kim knew it wouldn’t last but couldn’t say no, bummer, only the cake of that wedding cost $20,000. 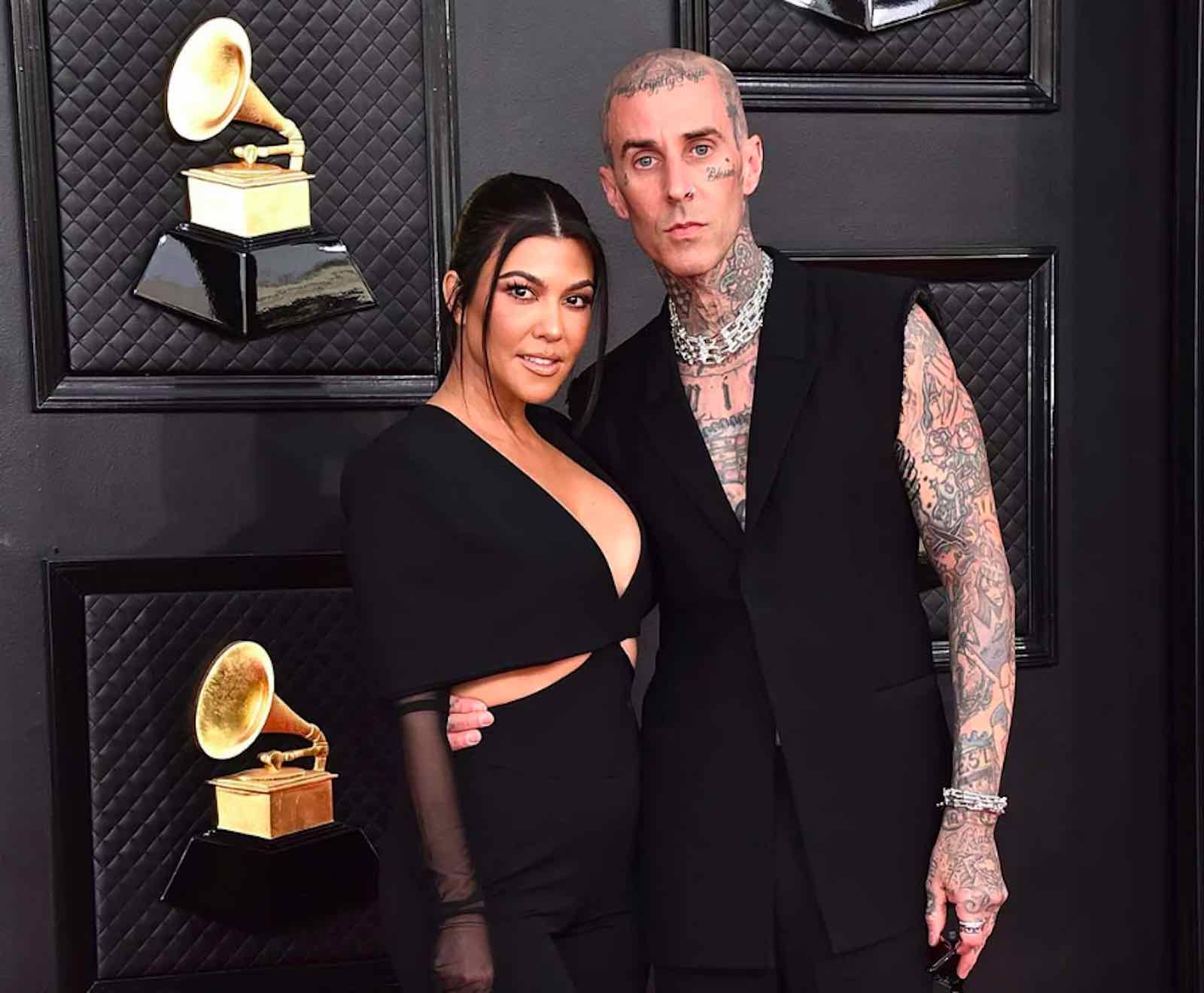 From the Grammy’s to the altar?

It looks like Kourtney Kardashian & Travis Barker officially tied the knot in Las Vegas, Nevada. It all happened at 01:30 in the morning when the couple was leaving the Grammy Awards ceremony. The way things happened left people speculating on several things. Being worldwide celebs as both Kourtney Kardashian & Travis Barker are, makes people think the couple would get an extravagant wedding.

It’s a fact the two attended a Chapel, for a moment the real question was if the ceremony was real or if it was a fake one. However, both Kourtney Kardashian & Travis Barker have confirmed they really tied the knot via Instagram by posting fun & adorable pictures of their wedding. Before that, the whole situation was surrounded by mystery since they had their own photographers & security service.

People were left wondering if they’d already planned this, yet, it seems that it was just the rush of the moment of an in-love couple. Rumor has it Barker & Kardashian wanted to be specifically married by an Elvis interpreter, was it because of their burning love? Funny how one couple that could have the biggest extravagant wedding went for a cliché, in the end, what matters the most is love. 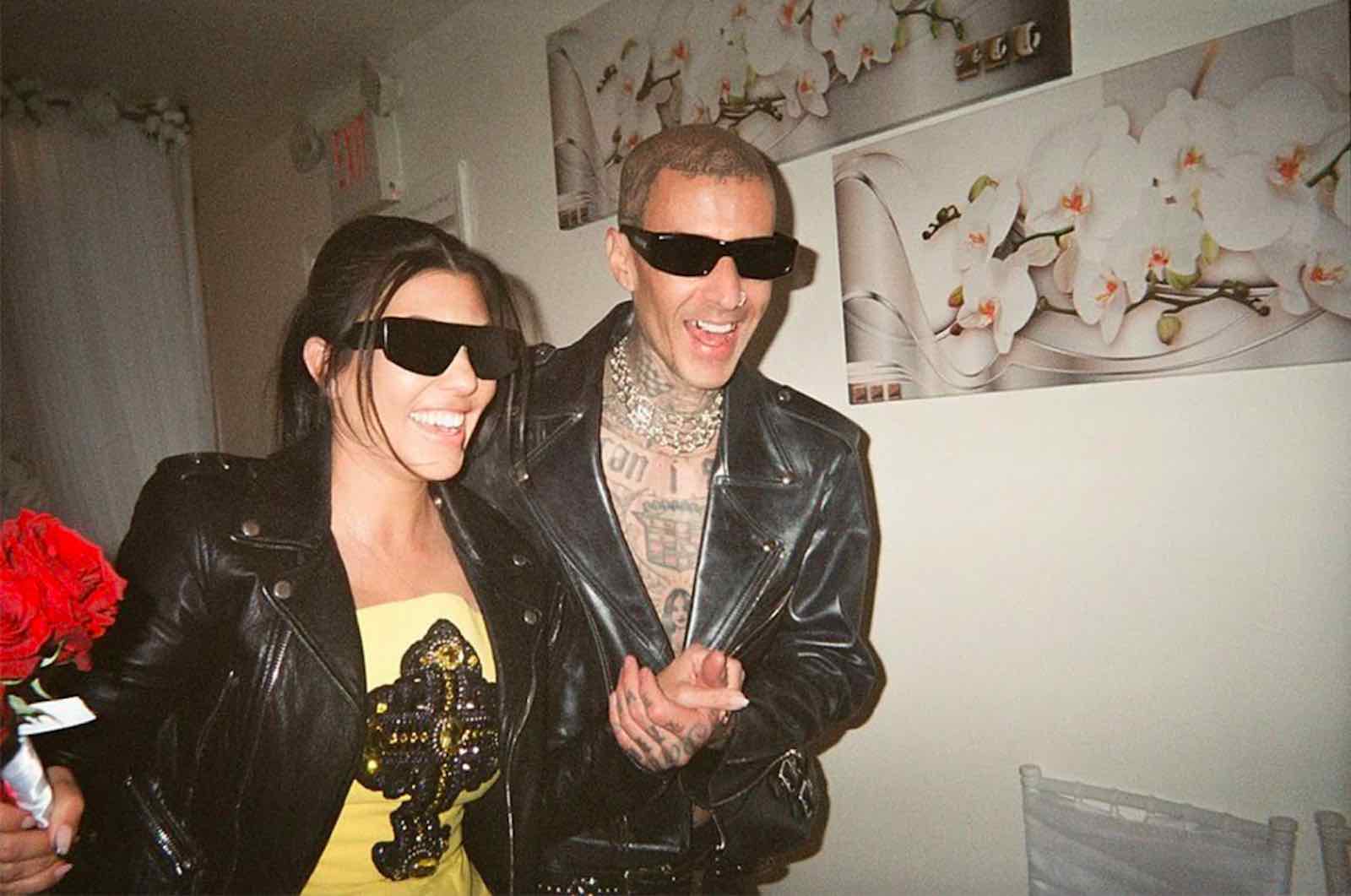 Still, Barker & Kardashian have mentioned in several media that this was only one of the several celebrations they’ll make to honor their love. Do you think this Kardashian marriage will last? We’ll see, but first, let’s make a rewind on their relationship. 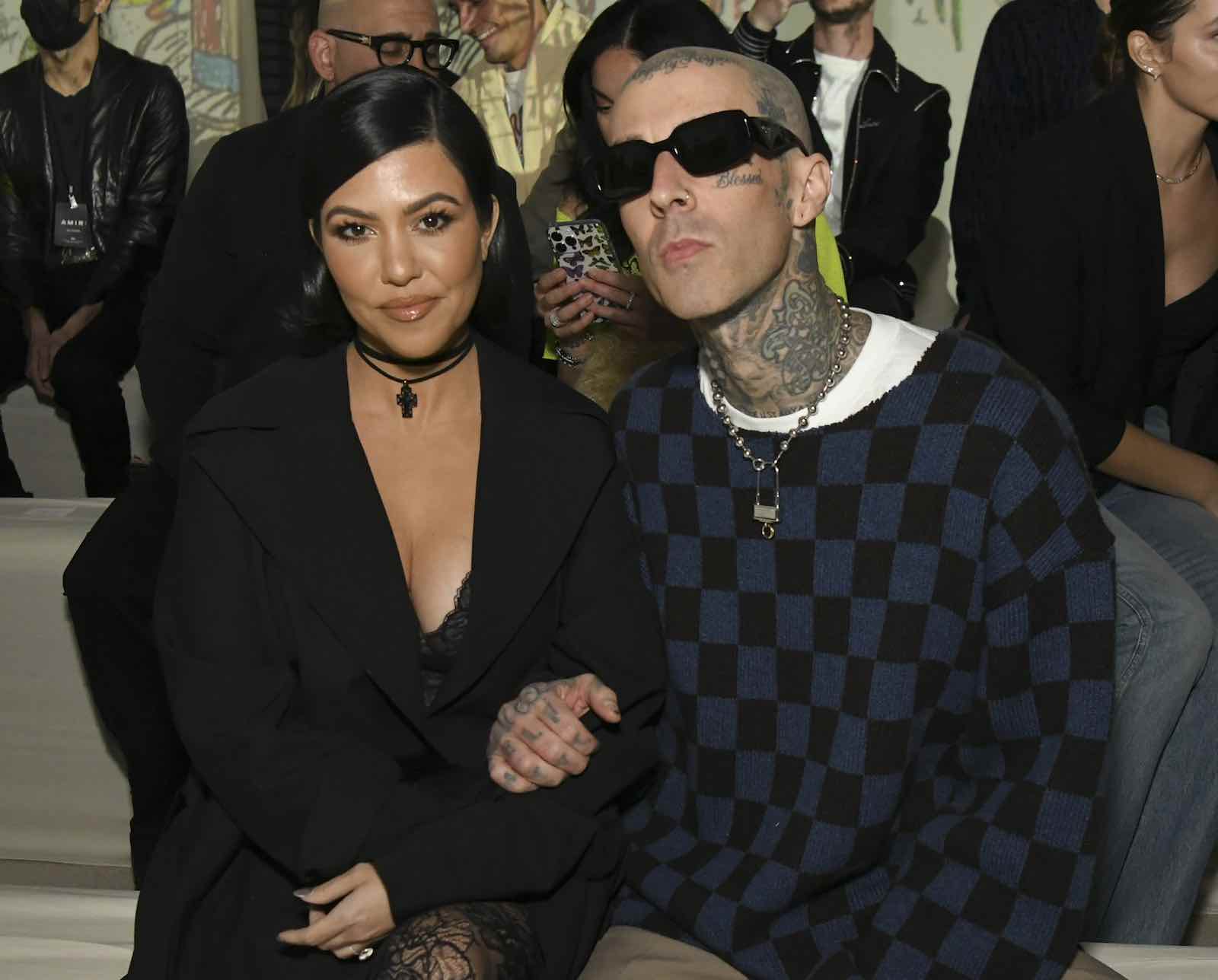 The couple is everything but shy about their passionate relationship. However, let’s keep in mind Kourtney Kardashian ain’t an easy “I do”, she never gave it to her ex Scott Disick even when they had three children together. This wouldn’t be Barker’s first marriage either, in fact, it’s his third.

Barker proposed to Kardashian in October 2021 at a beachside hotel in Montecito, California, but no plans for the wedding were shared. Believe it or not, the couple started as friends, maybe that’s the key behind the click & chemistry they have. It all started in 2018 because they both lived in Calabasas and some of their kids had the same school teachers.

But how did a neighborhood friendship end up being one of Hollywood’s most candent love stories? In 2019 & 2020, fan speculation began after Barker started being a special guest on Keeping Up With The Kardashians. It was still early 2021 that the couple started attending public places together. 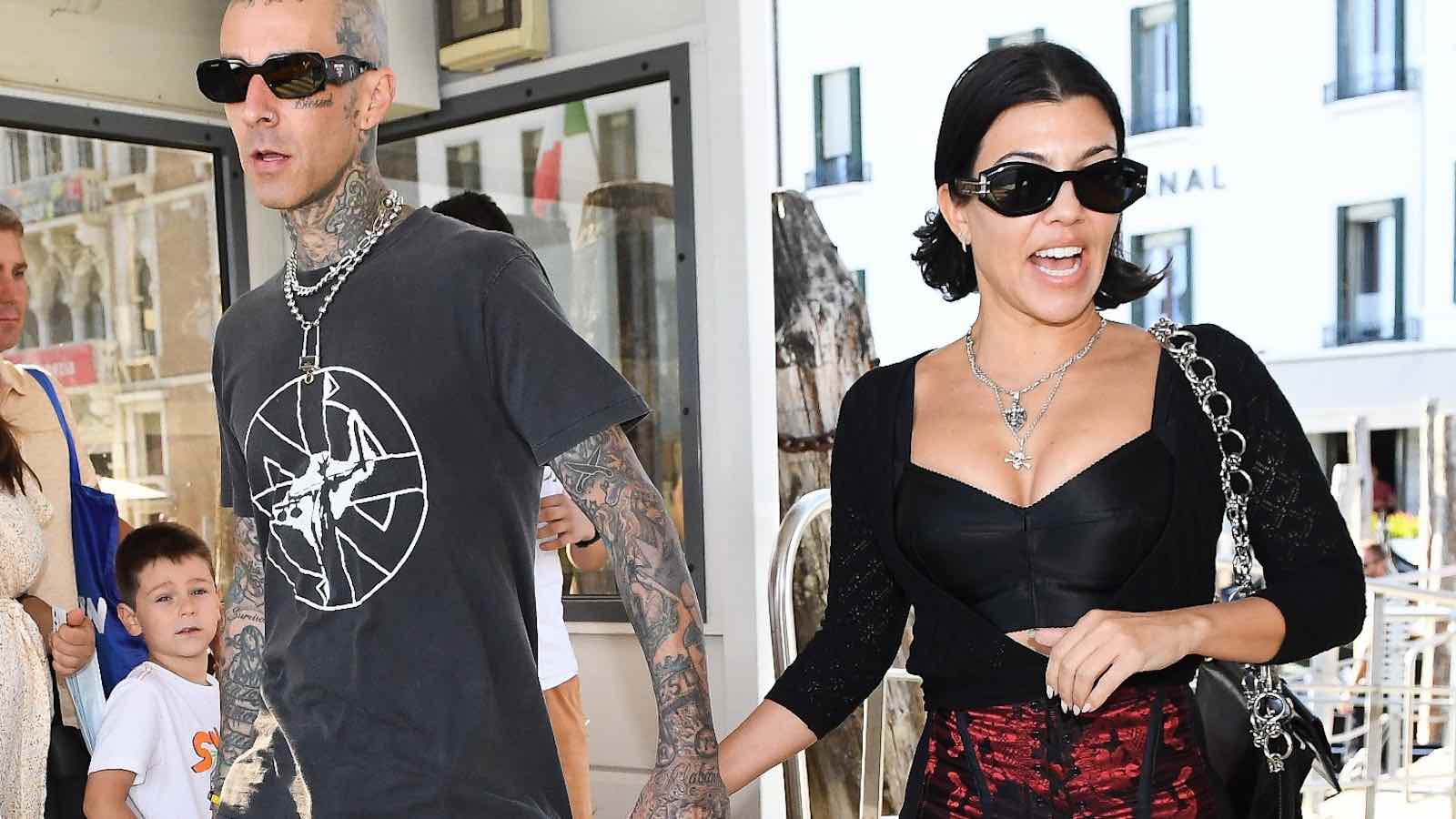 But how come does Kardashian spend almost a decade in an on & off relationship with the father of her children and she’s now married to Barker after a few years? It looks like when you find the right person things flow naturally. All our best wishes to the just married.

What do you think of Travis Barker & Kourtney Kardashian as a couple? Tell us what you think in the comments below!