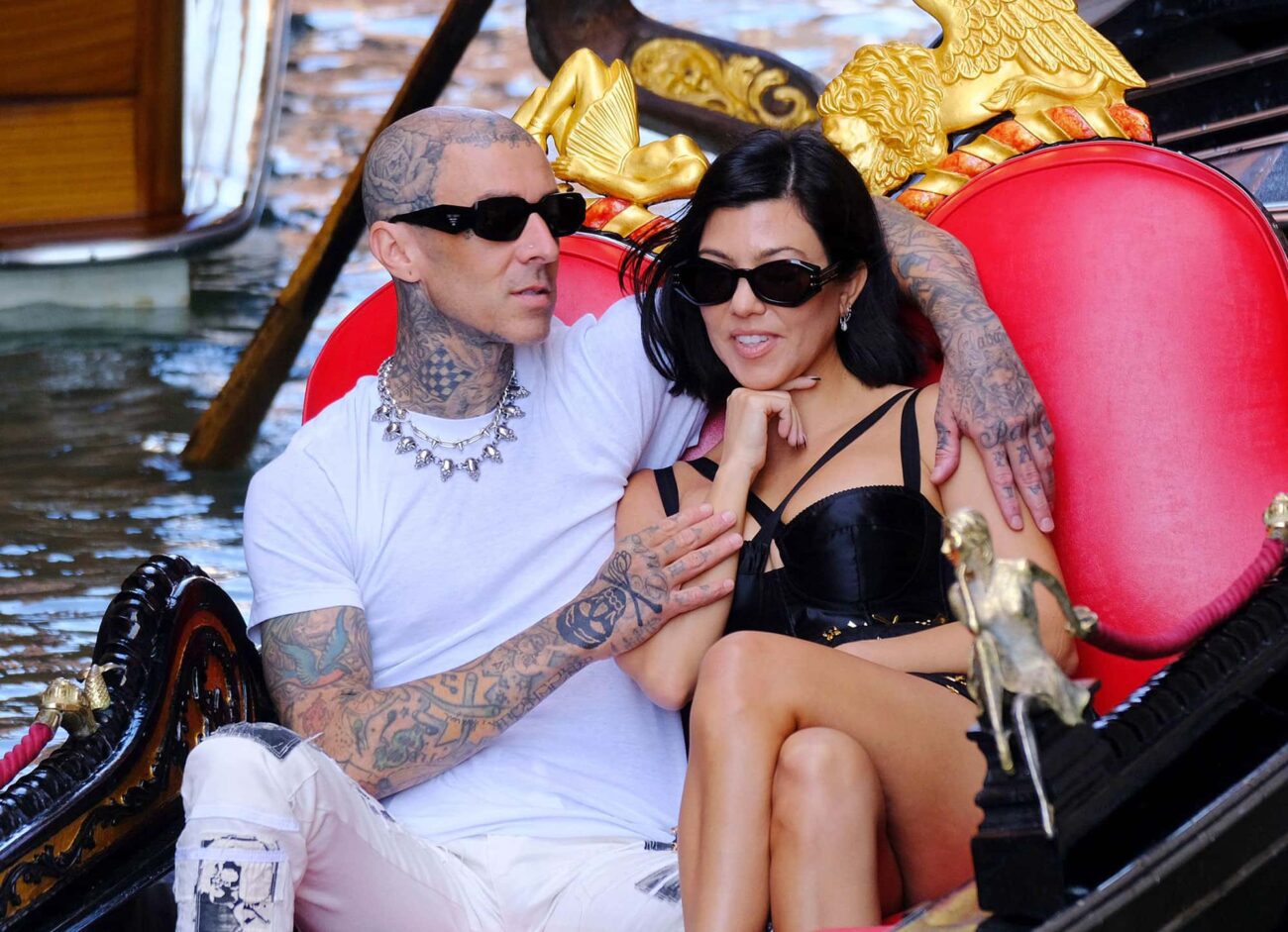 It’s that very special time of day, folks: Kardashian O’ klock. Yes, the fun never stops with America’s royal family, and today is no different. Kim, Kendall, and Kris continue to do what they do, but we all know one Kardashian is surprisingly in the spotlight these days. Well, she is one part of it anyway.

Kourtney’s cringey romance (cringemance?) with legendary drummer, Travis Barker has taken the internet by storm since the two got together earlier this year. Fans have been fascinated by the odd couple, and people haven’t been quiet about it, either. From Twitter rants to parody videos, people around the world definitely have thoughts when it comes to Kravis.

Kourtney Kardashian has been ripping up headlines since she got together with Travis Barker, but nothing like we’ve seen recently. Why? Well, public romance can head in one of two directions: splitsville or wedding bells. Fans of Kourtney Kardashian & Travis Barker’s PDA were delighted to hear the couple are planning to tie the knot. 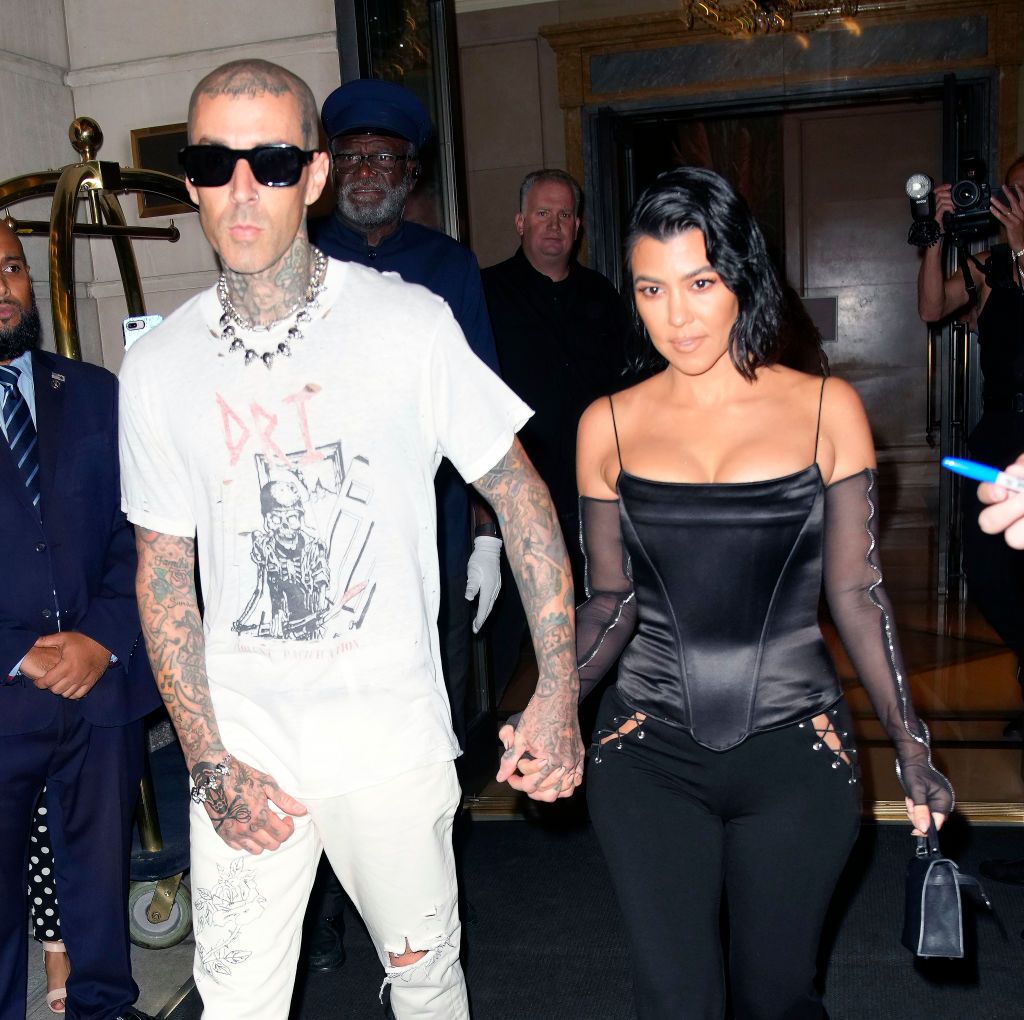 Kourtney Kardashian & Travis Barker both took to Instagram last week to post pictures of Travis’s elaborate proposal. Barker got down on one knee on the sandy shores of a beach in what many would call a fairytale engagement.

Travis asked Kourtney the big question amid a massive display of what appears to be hundreds of red roses. The roses were arranged among several large candles in a cozy display for the soon-to-be forever couple. Some of the other Kardashian clan took to their IG stories to post snippets of the happy twosome. Kourtney, of course, bared a massive rock on her finger in the clips.

Now that a wedding is in Kravis’s future, people are beginning to ask questions. What’s next for Kourtney & Trav? The number one question coming from nosey stans is an obvious one: when is the baby coming? Is Kourtney Kardashian pregnant already? 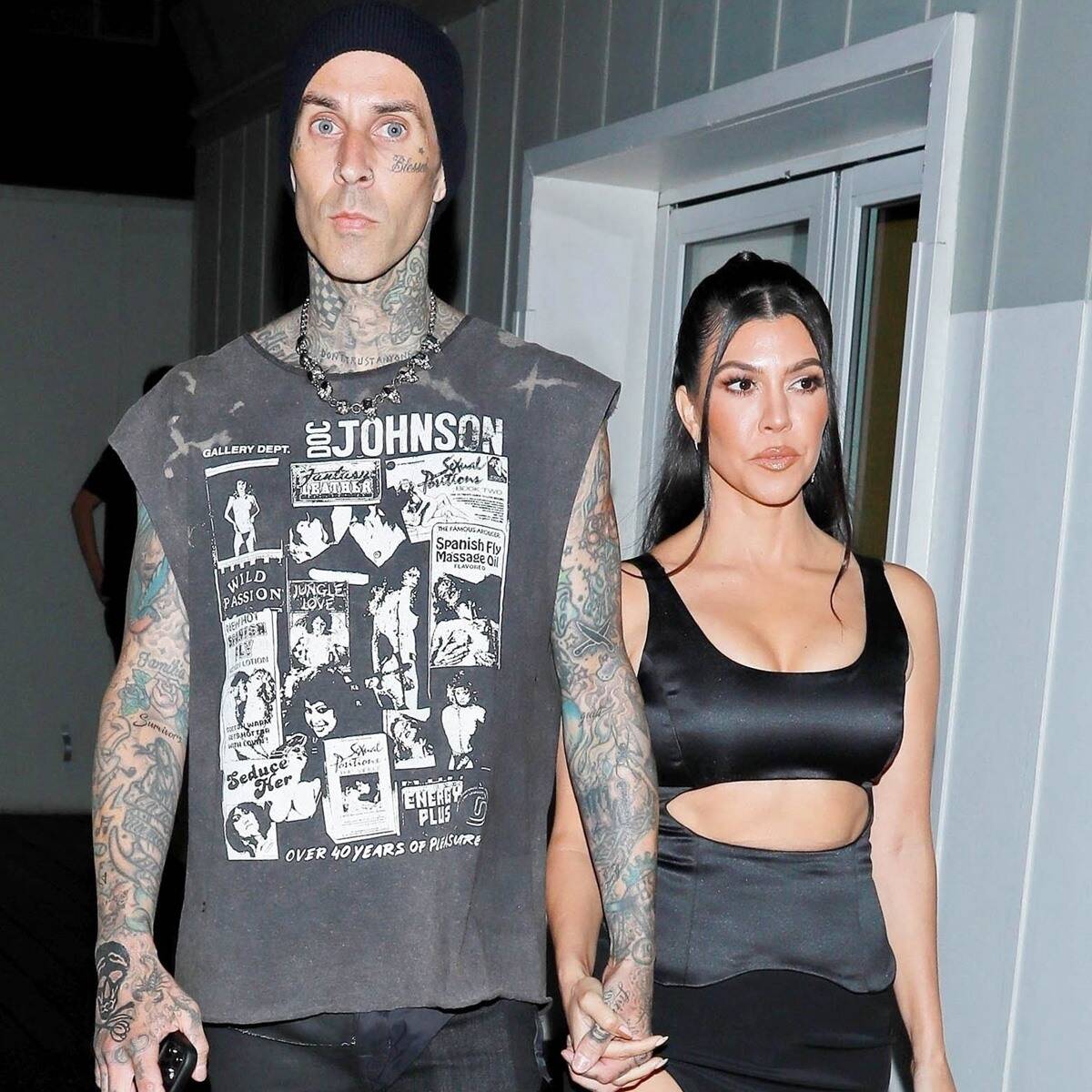 Cosmopolitan dropped a story on Monday telling its readers Kourtney Kardashian isn’t pregnant now, but she plans to be.

The story says she & Travis will definitely have kids together, reading the question isn’t “if” it’s “when”. The story went on to say Kourtney will want to conceive naturally, but if she can no longer become pregnant on her own, the couple will look into alternatives.

What kind of alternatives? Well, with all the money in the world at your disposal, we imagine there is plenty. However, reports say one option for Kourtney is to use eggs she had frozen when she was younger.

Kourtney is quoted about the process saying, “I really got talked into it. I was really convinced. I was like, ‘OK, whatever, I’ll do it one time since everyone else is doing it. I might as well.’ …I believe I was 39”. 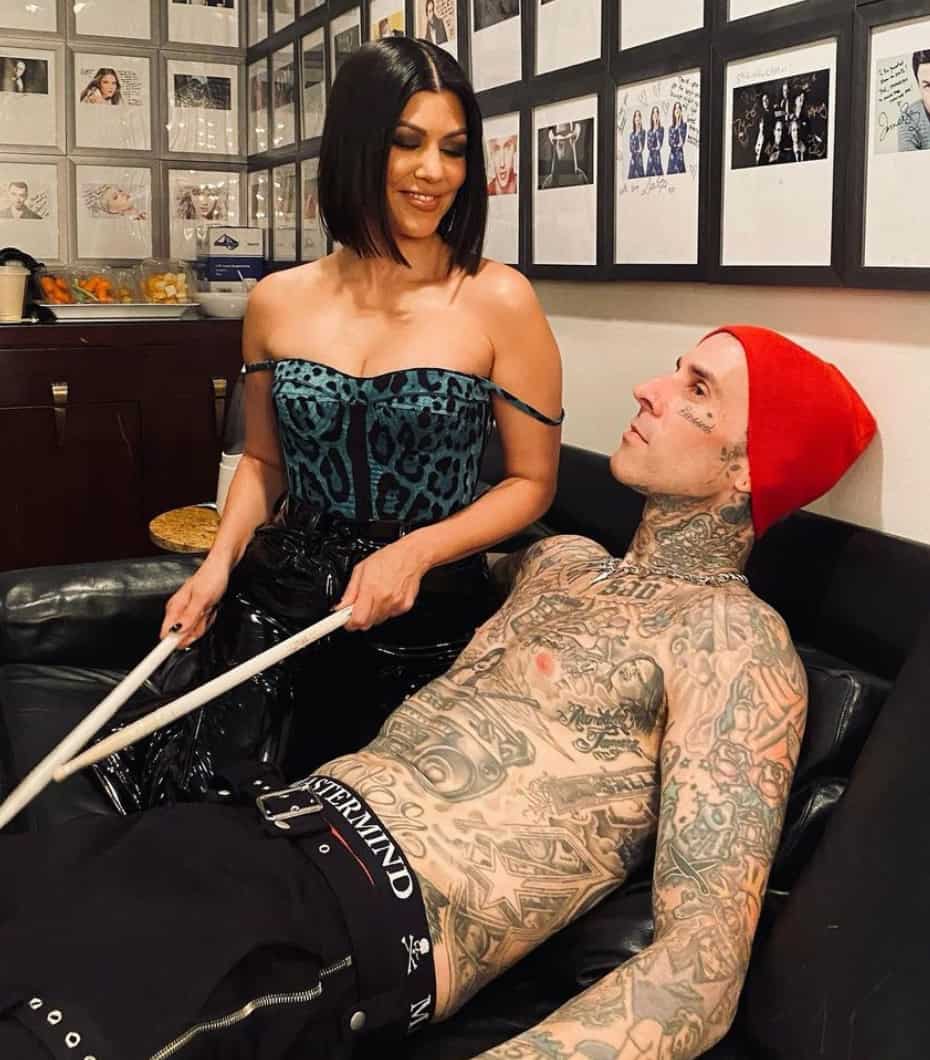 Koutney went on to say,  “I think it gave me a feeling of taking a deep breath…After I did it, the doctor was like, ‘I would love you to do one more round just to have good healthy batch, a good amount,’ and I was like, ‘You guys had me one time, that’s it. That’s more than I was gonna do”.

The egg-freezing details come from an interview Kourtney gave on Ellen back in March.

Kourtney seemed to imply she would much rather do things naturally, saying “I’m someone who’s like, ‘What’s God’s plan? Am I supposed to get pregnant on my own at 41?’ Maybe that’s God’s plan”. In any case, reports seem to indicate there’s no official plan for a little Barker-Kardashian, other than “at some point”. We say, “what’s the rush?”. First, we have to see Kravis walk down the aisle together.

What do you think of Kravis: cute or cringe? Sound off in the comments below!