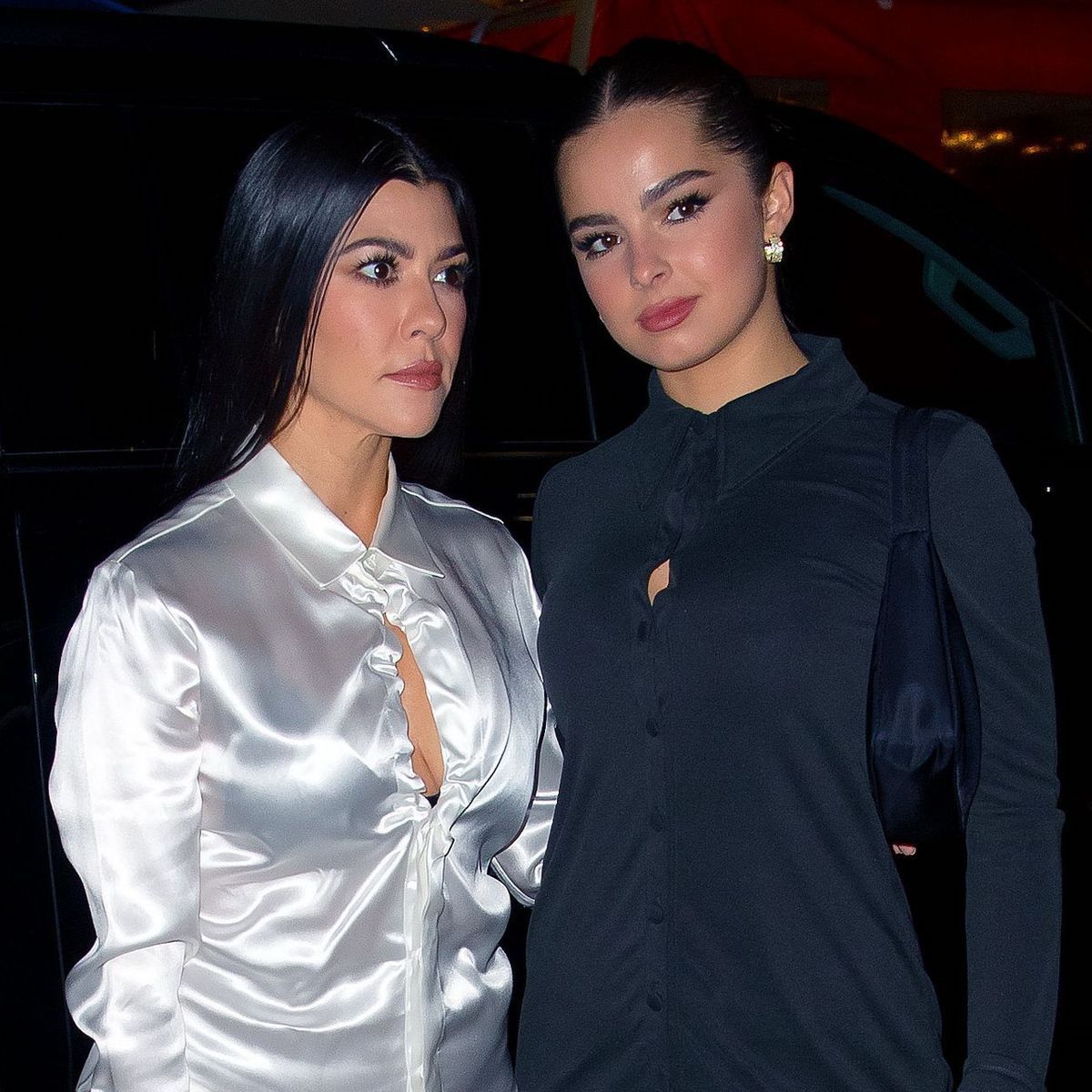 Act your age: Why is Kourtney Kardashian hanging out with Addison Rae?

Kourtney Kardashian has been trending recently for many reasons. No, it’s not just about Travis Barker’s new tattoo. Her friendship with TikToker Addison Rae is being questioned by everyone including the Kardashian clan.

Age gaps have become a huge conversation point. Whether it’s about friendships or relationships, the age difference between you and the other person will be questioned. But what’s so wrong with their friendship? Here’s why the internet is freaking out. 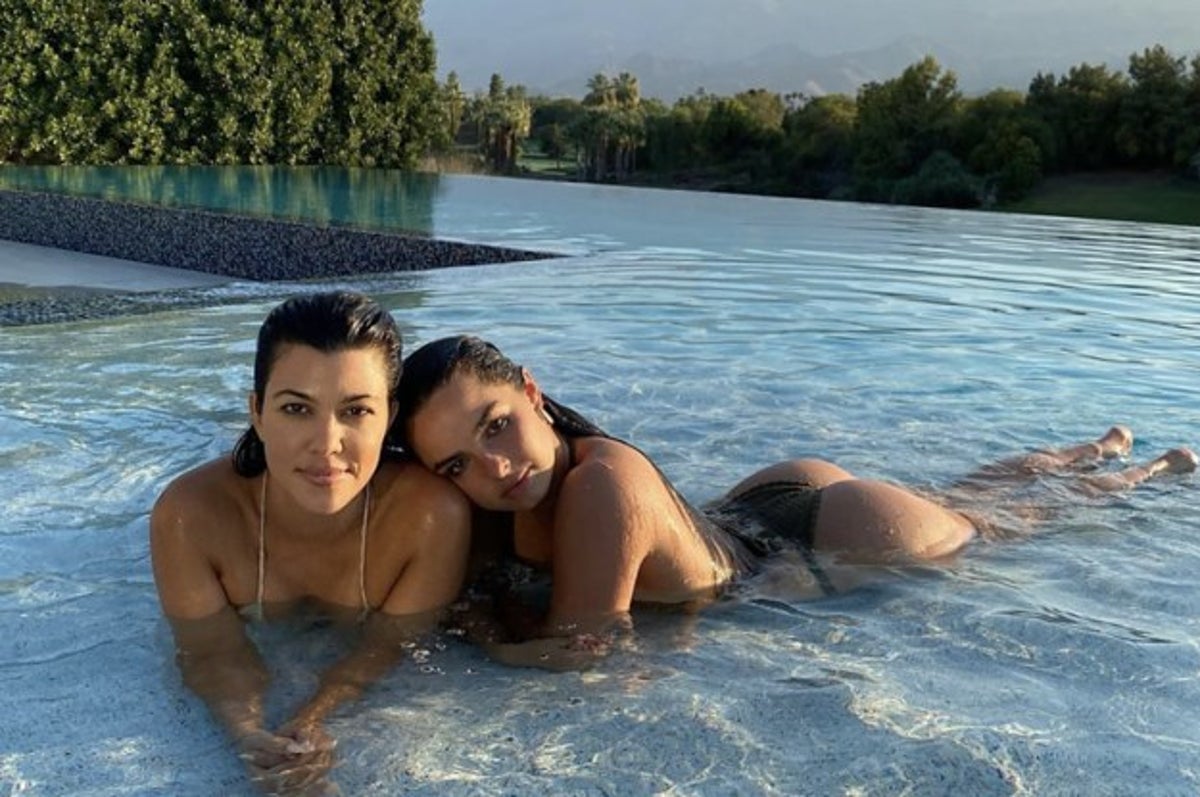 On social media, when you see your faves conversing, it’s usually an exciting moment. However, fans weren’t jumping up & down when Kourtney Kardashian began spending time with twenty-one-year-old Addison Rae. At age forty-one, you’d expect the Kardashian to have surrounded herself with friends around her age group. However, Addison Rae is twenty-one years younger than the influencer.

The friendship began when Kourtney’s ten-year-old son Mason became obsessed with controversial YouTuber David Dobrik as well as Addison Rae from TikTok. Dobrik invited Mason and his mom over and he surprised the pair when Addison jumped out of a car. Addison & Kourtney hit it off right away and vowed to spend every day of quarantine together.

The pair sparked a lot of conversations about age gaps in friendships and relationships. James Charles has not only been called out for allegedly grooming minors, but also being “best friends” with Charli D’Amelio who’s only sixteen years old. 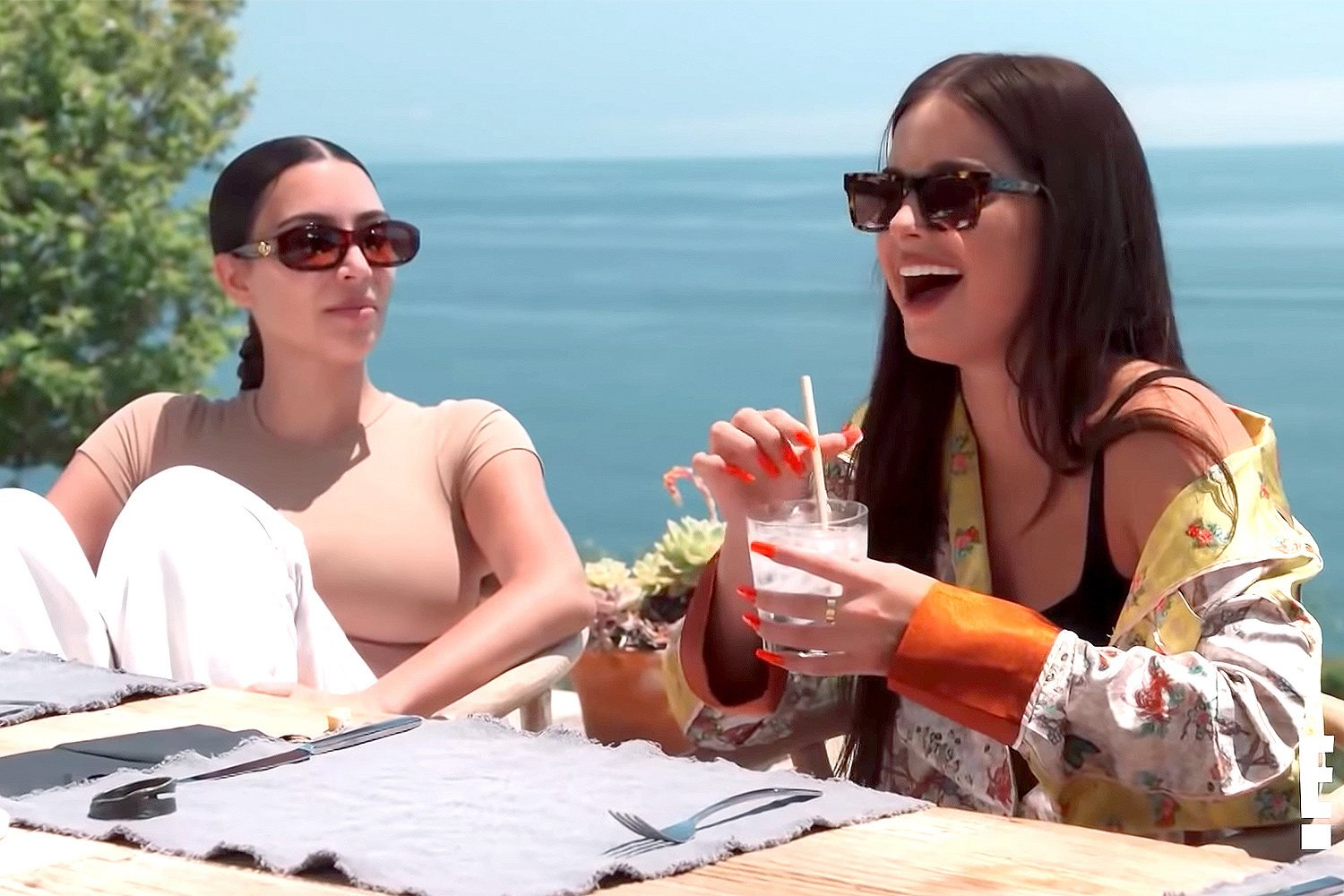 Keeping Up with the Kardashians showdown

Apparently, it’s not just us who finds the situation bizarre. Sisters Kim & Khloé Kardashian are always dumbfounded by the unlikely pairing. Because of the twenty-one-year age gap, Kim & Khloé reveal they’re surprised by “confused” by the “good mood” Kourtney’s been in around Addison Rae.

It’s easy to see why there would be confusion. What could the pair possibly have in common?

Kim and Khloé confront Kourtney on Keeping Up with the Kardashians after sharing the idea that they could be more than good friends. According to them, Kourtney & Addison have sleepovers and share the same room which is allegedly unusual for the fourty-one-year-old mom. 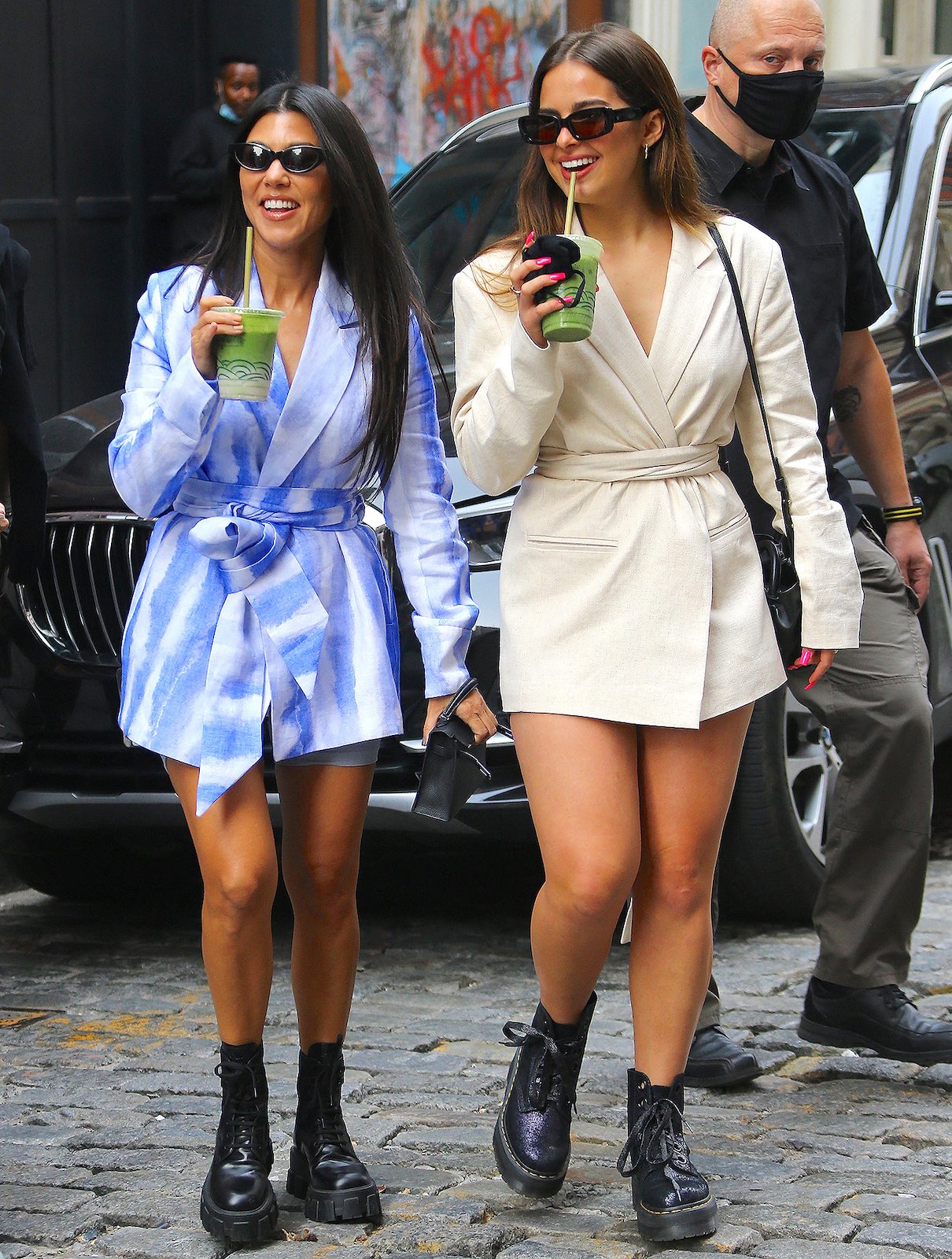 In a surprise turn of events, the Kardashians surprise Addison Rae with lunch to get to the bottom of this blossoming friendship. They greet each other and make sure Kourtney isn’t invited so they can have one on one time with Addison.

Kim asks the big question if she and Kourtney are “hooking up.” Scott Disick (Kourtney’s ex) jumps in before she can reply, saying the subject has become the “elephant in the room”. Disick states he’s convinced Kourtney & Addison are romantically involved.

Addison confirms the pair are just friends and finds it odd that people jump to the romantic conclusion. 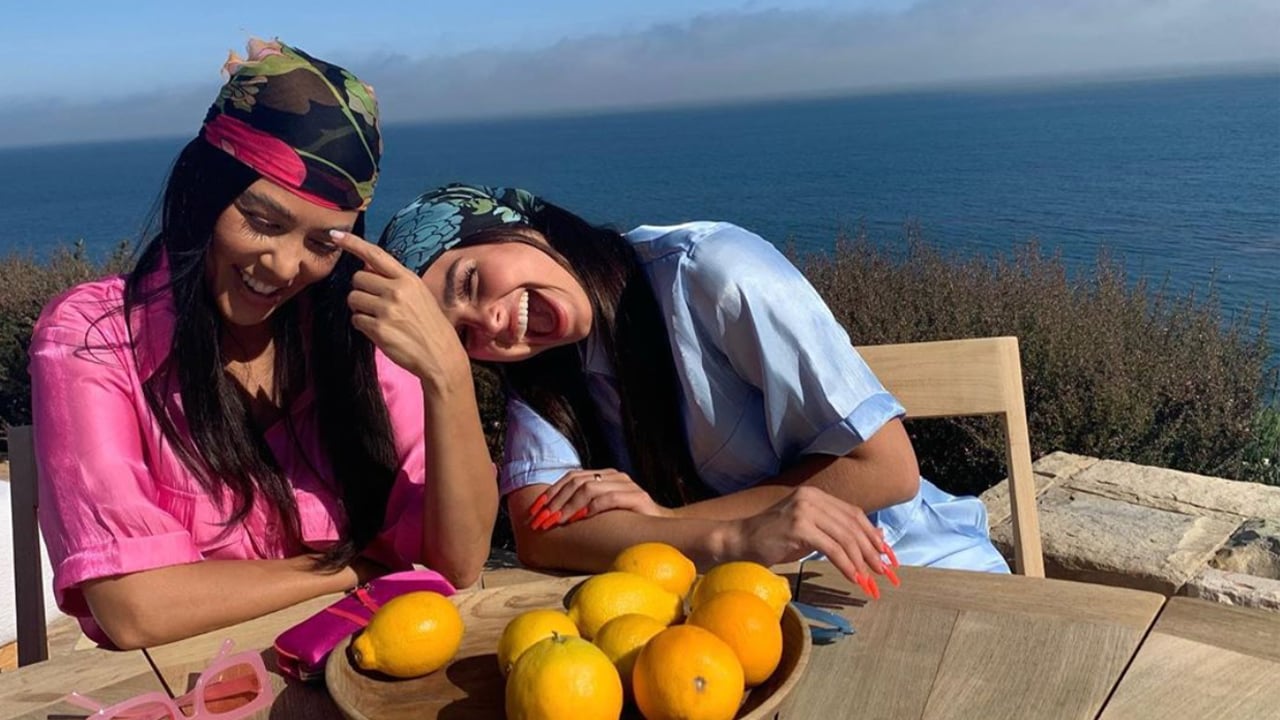 Kourtney Kardashian obviously learns about this interrogation at lunch and requests to speak with Kim & Khloé about it. She lays it all out on the table and claims it’s “not about age” but “energy and vibes”.

Kourtney appears to be very happy and in love with boyfriend Travis Barker. They took their relationship to the next level recently when he got Kourtney’s name tattooed. Addison Rae was also in a relationship with her on and off again boyfriend TikToker Bryce Hall. Unfortunately, the pair have since split up.

It looks like even with a huge age gap, Kourtney & Addison have a strong friendship. It’s unlikely that there’s anything more behind the scenes. But you can never say never. Right, Justin Bieber?

What do you think about Kourtney Kardashian & Addison Rae’s friendship? Is the twenty-one-year-old age gap too much? Let us know your thoughts in the comments.