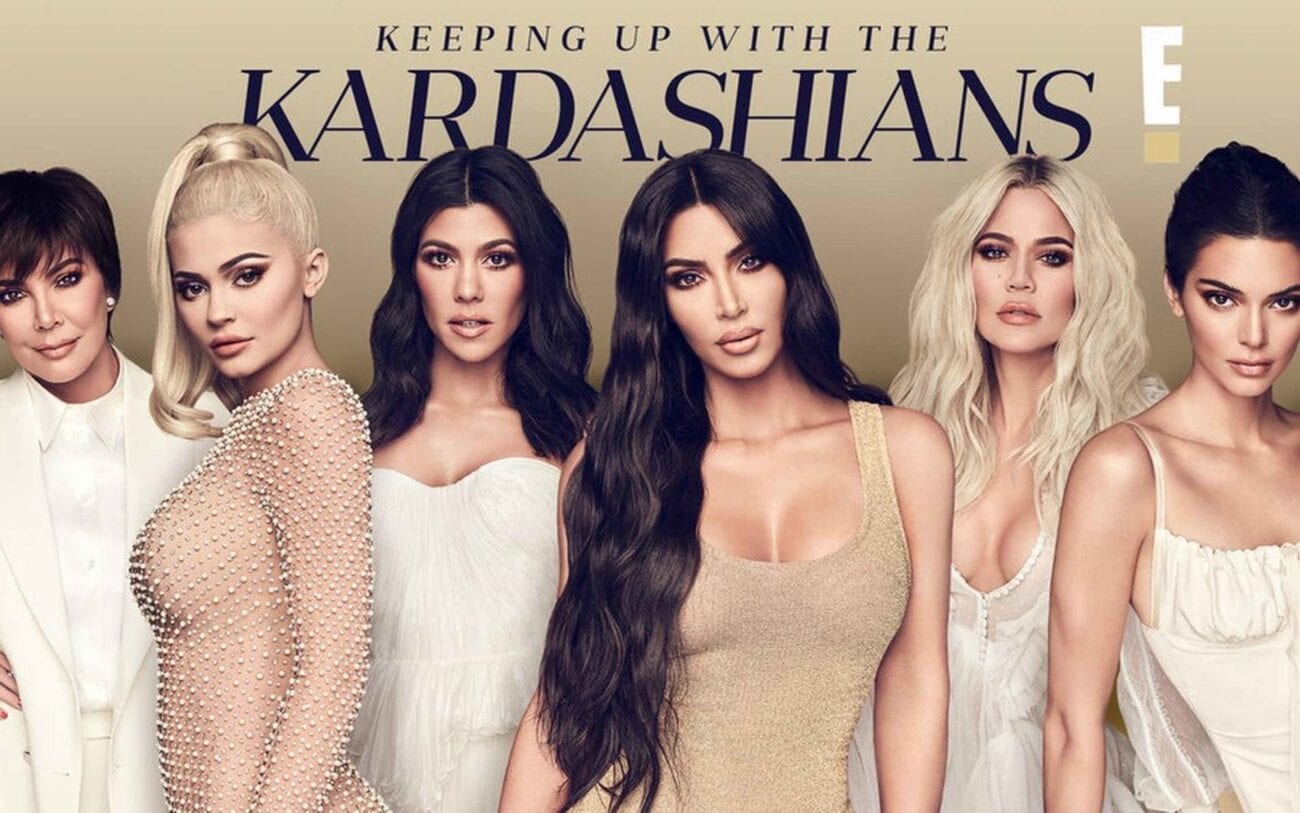 We’re free of the Kardashian family for now: Celebrate with memes

After fourteen years and twenty seasons, Keeping Up With the Kardashians has finally bitten the dust. No more Kardashian parties, breakdowns, weddings, or pregnancies. No more contrived drama.

It’s been a wild ride, but we’re ready to be rid of the reality TV monarchs. Hasta la vista Kardashians, we’re moving on to better & brighter reality TV shows. But for now, we’ll offer the show a good send off.

as keeping up with the kardashians is ending let’s remember the most iconic moment in television history #KUWTK pic.twitter.com/GJkXpxZlMI

Never a bad time for a selfie

Remember when Kim demonstrated her extreme vanity by taking selfies when her sister was going to jail? Remember when Kris brutally called her out for it? Such a golden moment.

kris jenner updating her resume now that KUWTK is ending and she needs a new job pic.twitter.com/PKZxdaqjEM

What is Kris Jenner going to do after KUWTK? Think she’s rapidly refining her resume? Not sure exactly who would hire her.

Kourtney after finding out KUWTK is ending 💀😭 pic.twitter.com/Rcmmag4hyY

RIP Kourtney – you’re going to have to find some other place to showcase your drama queen status.

remember when Kim attacked Khloe with her bag, that was a moment. #KUWTK pic.twitter.com/2qXbrPhWXm

If for any moment you forget how wacky the Kardashians are – remember this moment. Talk about over reaction.

the most iconic KUWTK moment😭😭 pic.twitter.com/ethJlPwrCV

Heart of the ocean

What a tragedy – billionaire Kim Kardashian lost a diamond earring in the ocean. We’re still heartbroken.

This is my forever favorite scene from Keeping Up With The Kardashians. I am so sad it is ending 💔 #KUWTK pic.twitter.com/L5UQRJOKu2

What TF happened there

How did this moment actually make it on TV?

Kris Jenner plotting her next move of terror upon the world… #KUWTK pic.twitter.com/gsHAFpJ0Ec

What is Kris planning?

Oh god, we can only imagine.

KUWTK is ending and i just want to thank Kim and Kourtney for giving us this iconic moment. "then why does your car have leather seats? why are you wearing plastic sunglasses?" 😭😭😭😭😭😭😭😭 pic.twitter.com/yPxbxSRwjT

How dare you have leather seats & sunglasses?

Sometimes KUWTK is so poorly scripted they end up saying stuff like this. How did we actually watch this for so many years? 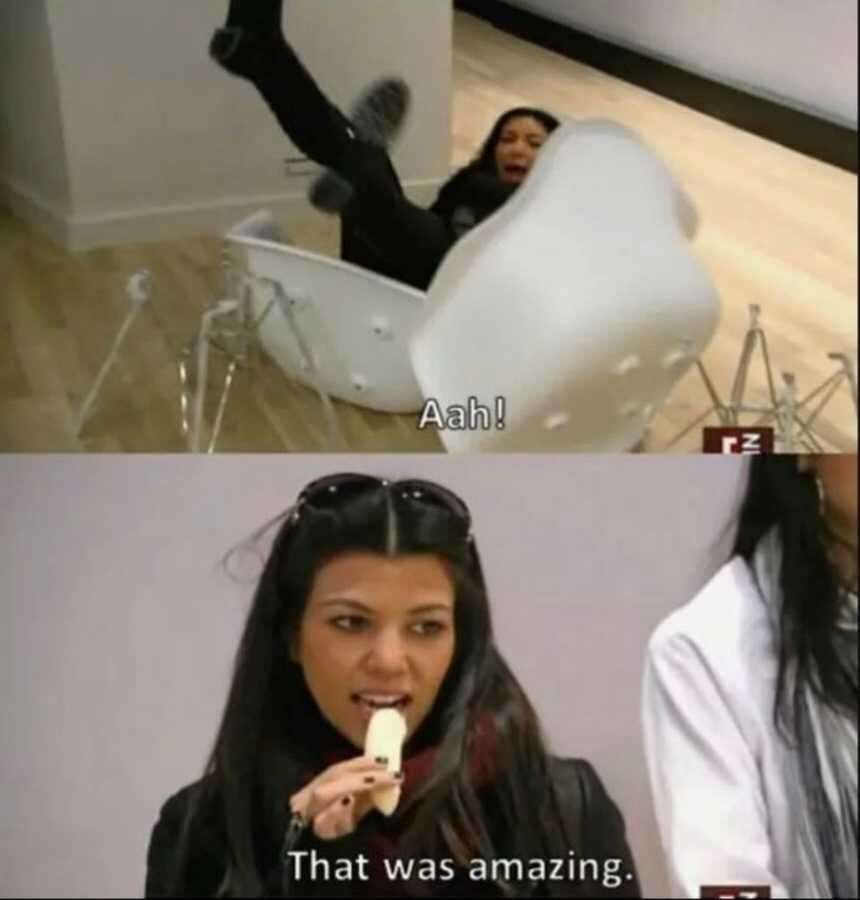 This meme perfectly describes how we feel about KUWTK ending. 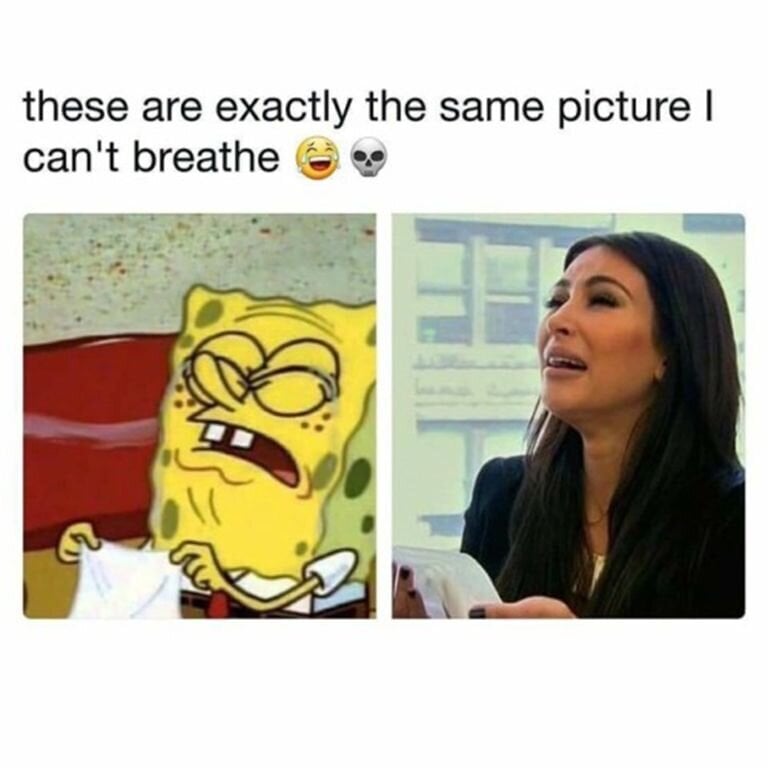 We couldn’t help but throw this meme in to end it all. Kim Kardashian’s faces are so animated & dramatic, she’s practically a cartoon character. That’s how we can remember her.