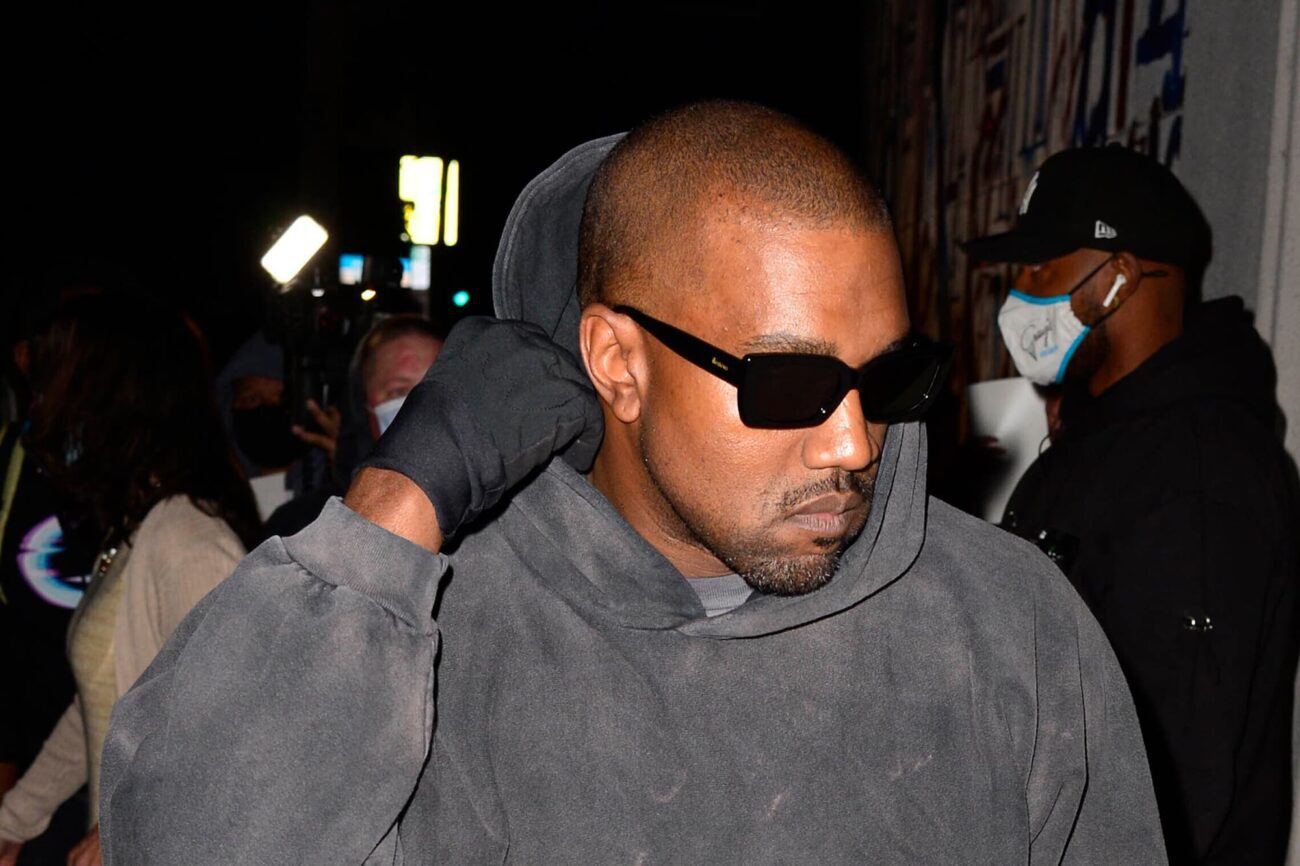 A spokesperson for Meta (Instagram’s parent company) told TMZ that Kanye’s posts violated Instagram’s policies on hate speech, harassment, and bullying. As a result, he won’t be able to post, send DMs, or comment for 24 hours.

Kanye West, Kim Kardashian’s husband of seven years, has been struggling with the separation. He has released disturbing comments, posts, and even a music video featuring the beheading of Davidson. Did the reality star get fed up with her ex’s antics and cause the Kanye West Instagram band? Let’s find out. 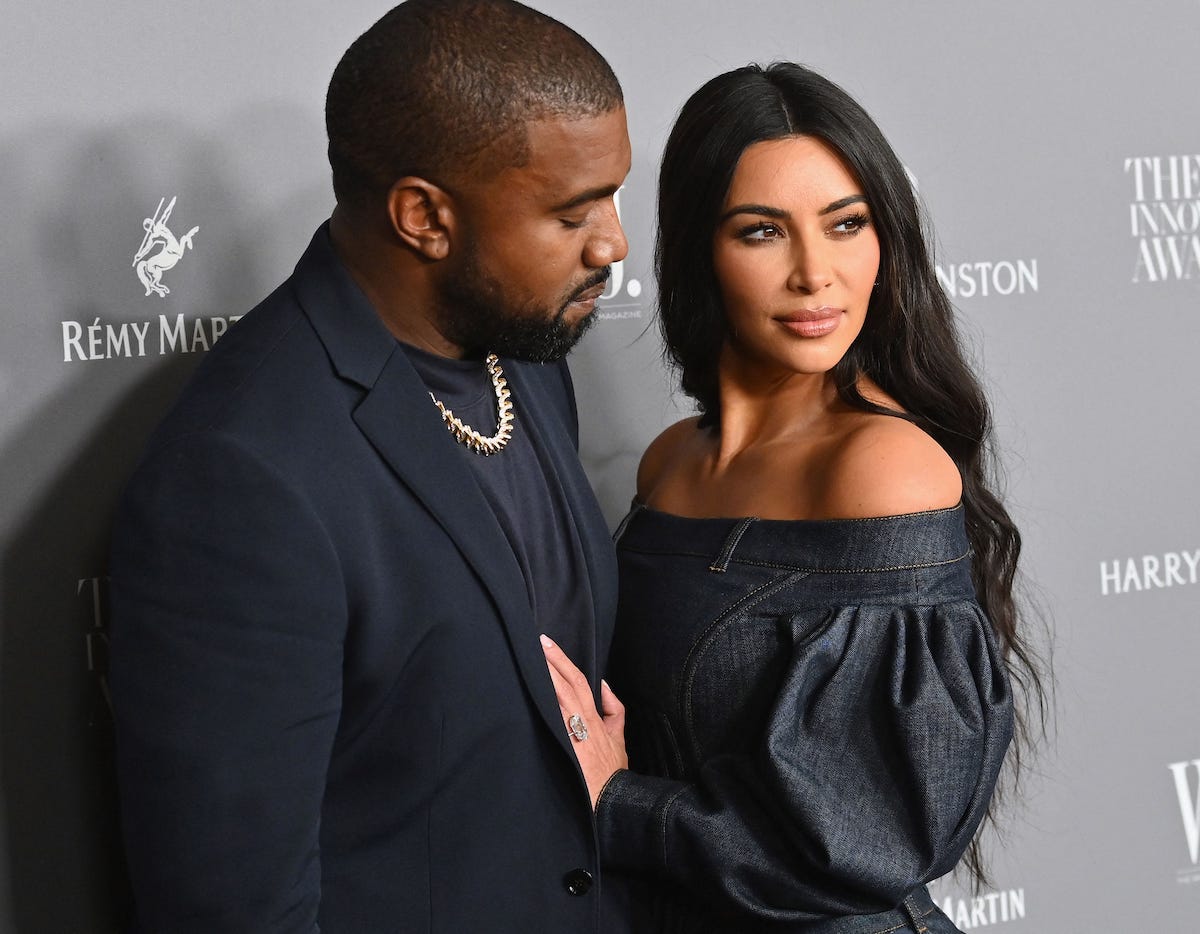 If you are out of the loop, you may be wondering what kind of things are being said on behalf of Kanye West, Kim Kardashian, and Pete Davidson. Well, it’s safe to say that it encompasses all kinds of things.

For example on Saturday, January 15th, 2022, Kanye accused Kim of hiding the location of a birthday party for their daughter, Chicago, while he was live on Instagram.  He claimed to have contacted several family members for the location but was snubbed every time.

Although just a few hours before the birthday party fiasco, Kanye exclusively released the song Eazy on Spotify. The song features The Game, lyrics from the song directly attacking Kim’s new flame, Pete Davidson, stating “God saved me from the crash, just so I can beat Pete Davidson’s a**.” 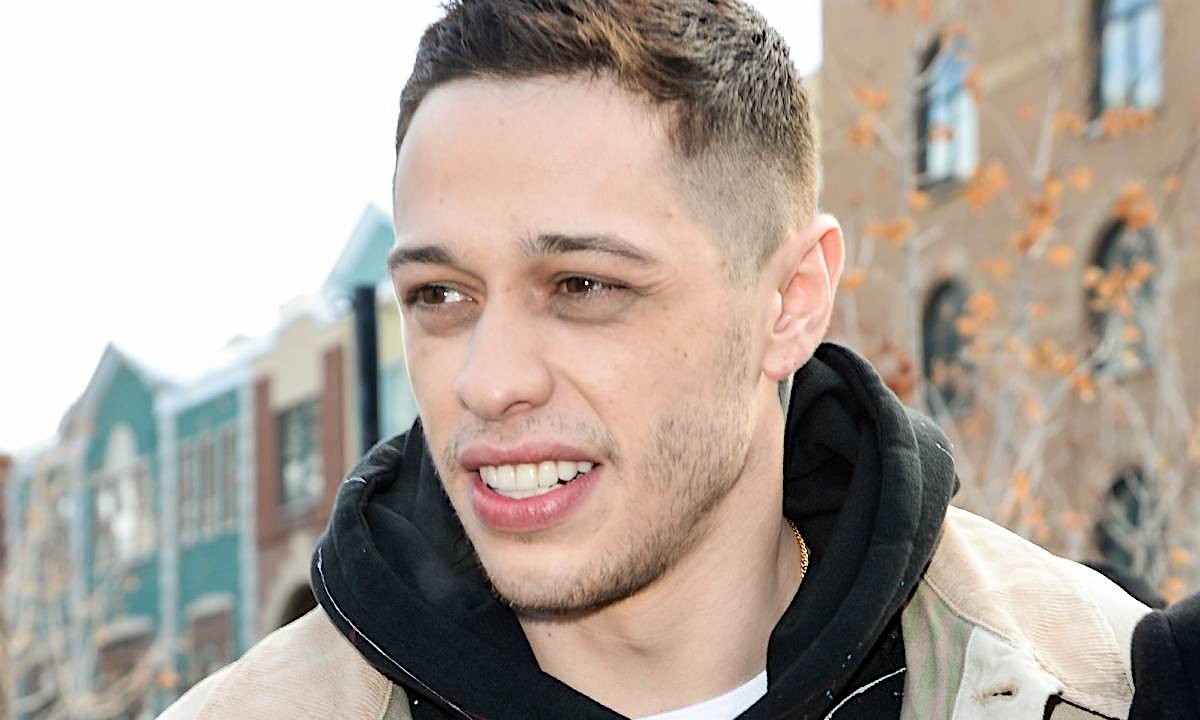 Hence, igniting tension between Kim’s present & past, the song was only the beginning. Kanye has been very vocal about his dislike of Davidson and his criticism about parental agreements and being able to spend time with his kids. 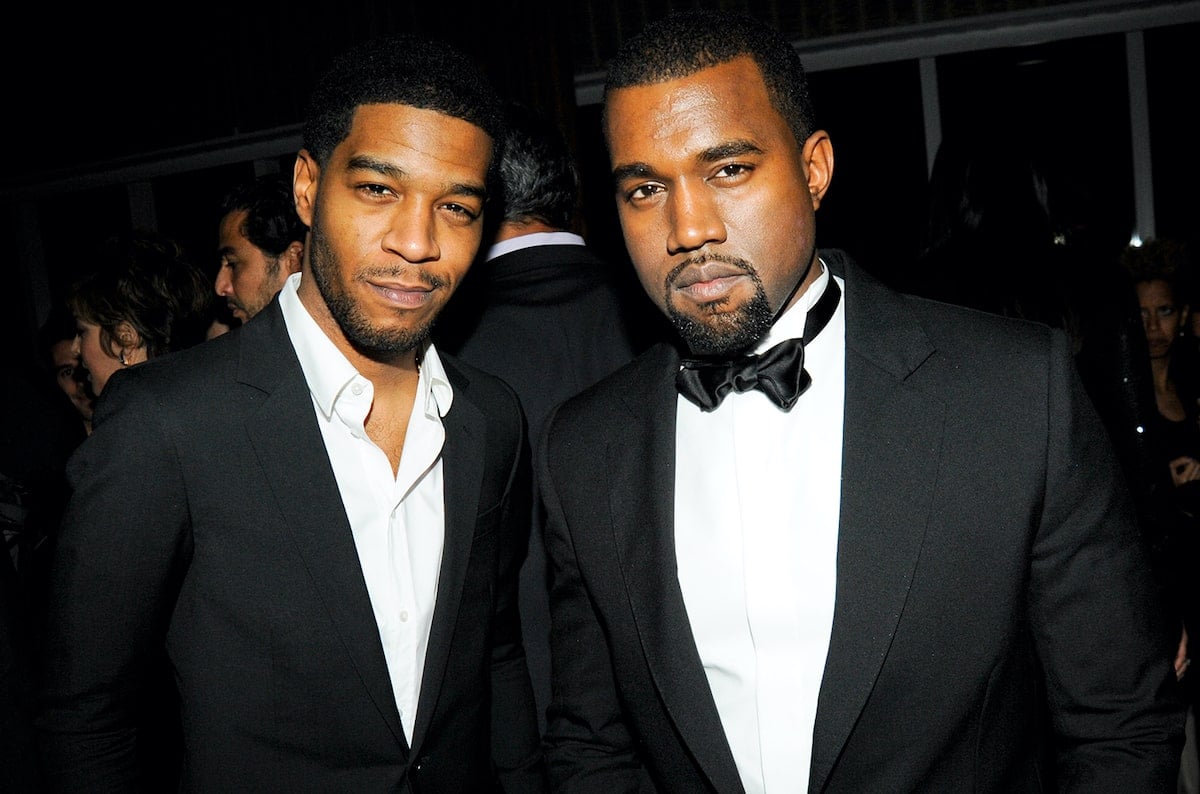 In addition, Kanye has been refusing to work with another artist due to their association with Kim Kardashian’s new beau. On Saturday, February 12th, 2022, Kanye shared a handwritten note to his Instagram account informing fans: “Just so everyone knows Cudi will not be on Donda because he’s friends with you know who.”

The “you know” was in reference to Pete Davidson. Kid Cudi responded to Kanye, writing that he did not want to “be on your album, you f**king dinosaur.” Cudi added: “Everyone knows I’ve been the best thing about your albums since I met you.” Making enemies not just with Davidson, Kanye then decided to post memes to his Instagram, mainly featuring Cudi, Pete, and Kim. 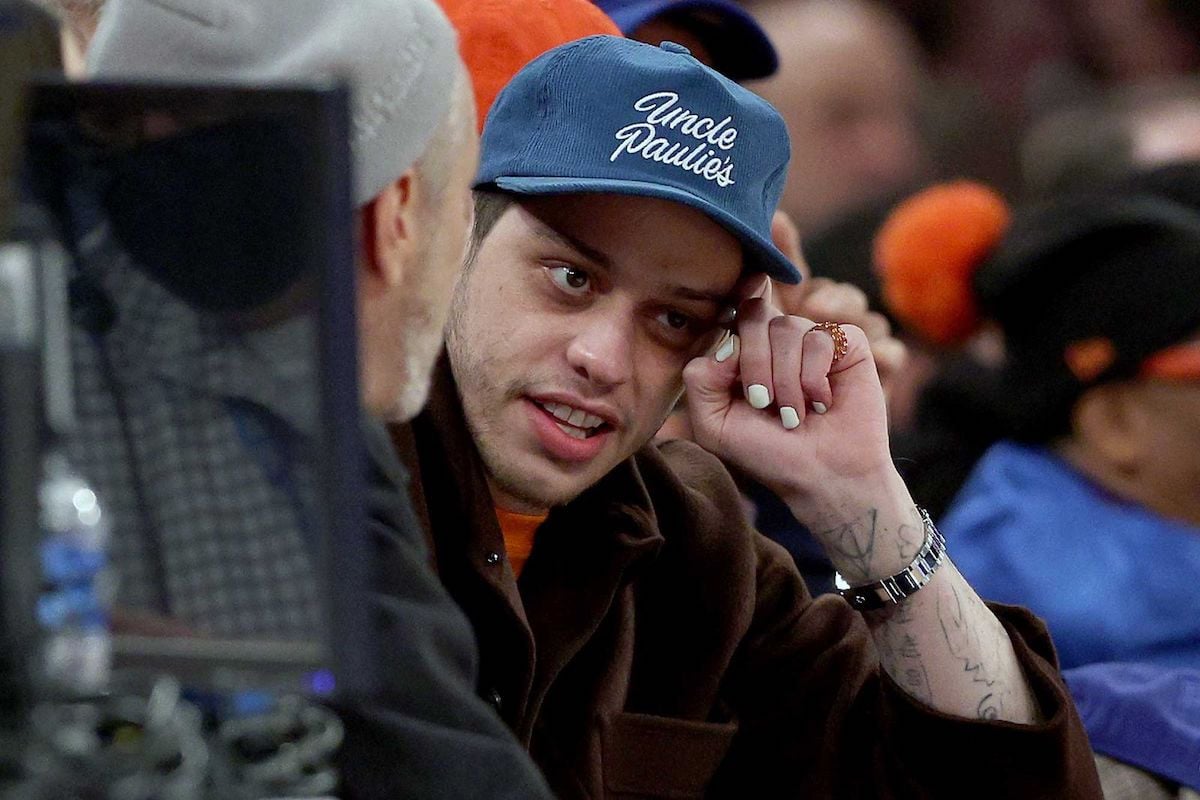 Recently, a text message feud between Kanye & Davidson was leaked to the public. Davidson reached to defend his new girlfriend and perhaps a shoulder for Kanye to lean on. The text messages went a little something like this.

“Yo it’s Skete. Can you please take a second and calm down. It’s 8am and it don’t gotta be like this . . . Kim is literally the best mother I’ve ever met. What she does for those kids is amazing and you are so f–king lucky that she’s your kids mom,” he continued. “I’ve decided im not gonna let you treat us this way anymore and I’m done being quiet. Grow the f**k up.”

According to the screenshots — which Page Six can confirm are real — West then asked, “Oh you using profanity now. Where are you right now?” Davidson clapped back with a selfie of himself shirtless under the covers, adding, “In bed with your wife.” 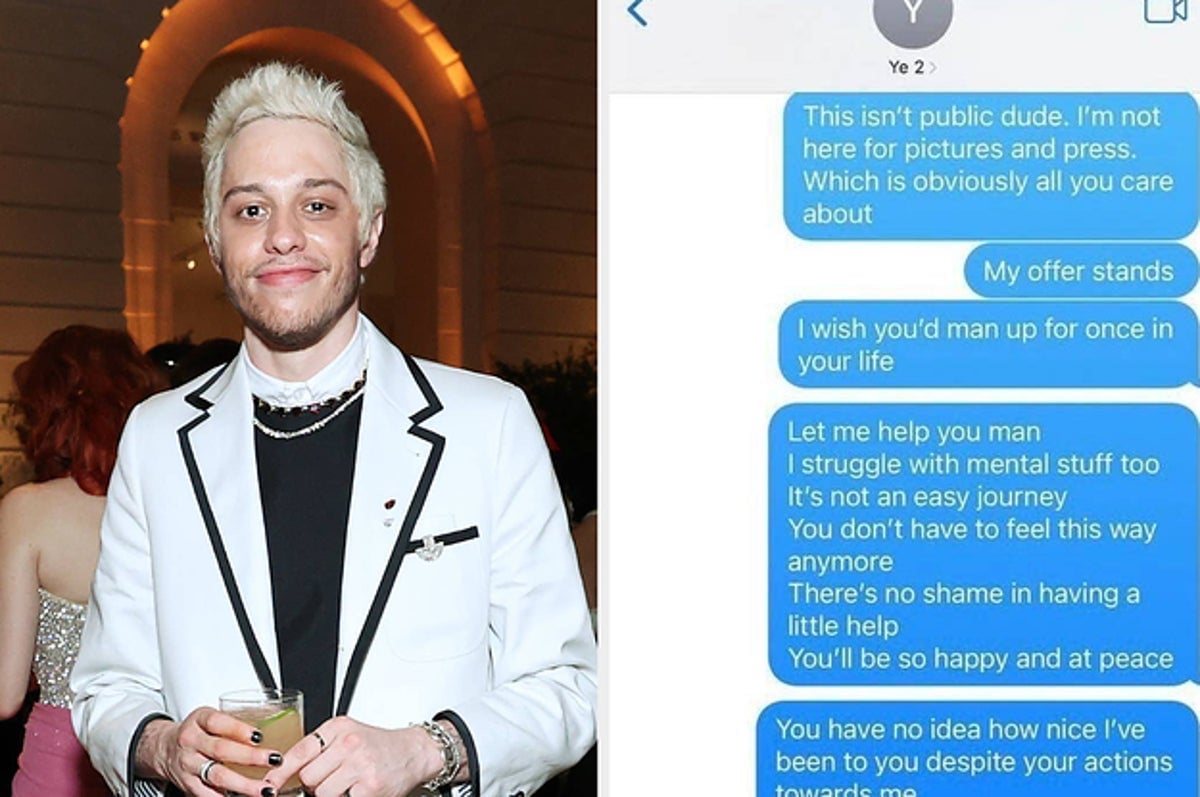 However, Davidson somewhere in the middle changed his tune and offered a helping hand to Kanye. Insisting to West, “Let me help you man. I struggle with mental stuff too.”

“It’s not an easy journey, you don’t have to feel this way anymore. There’s no shame in having a little help. You’ll be so happy and at peace,” he added. “I have your back even though you treat me like s–t because I want everything to be smooth. But if you continue to press me like you have for the past 6 months I’m gonna stop being so nice.” 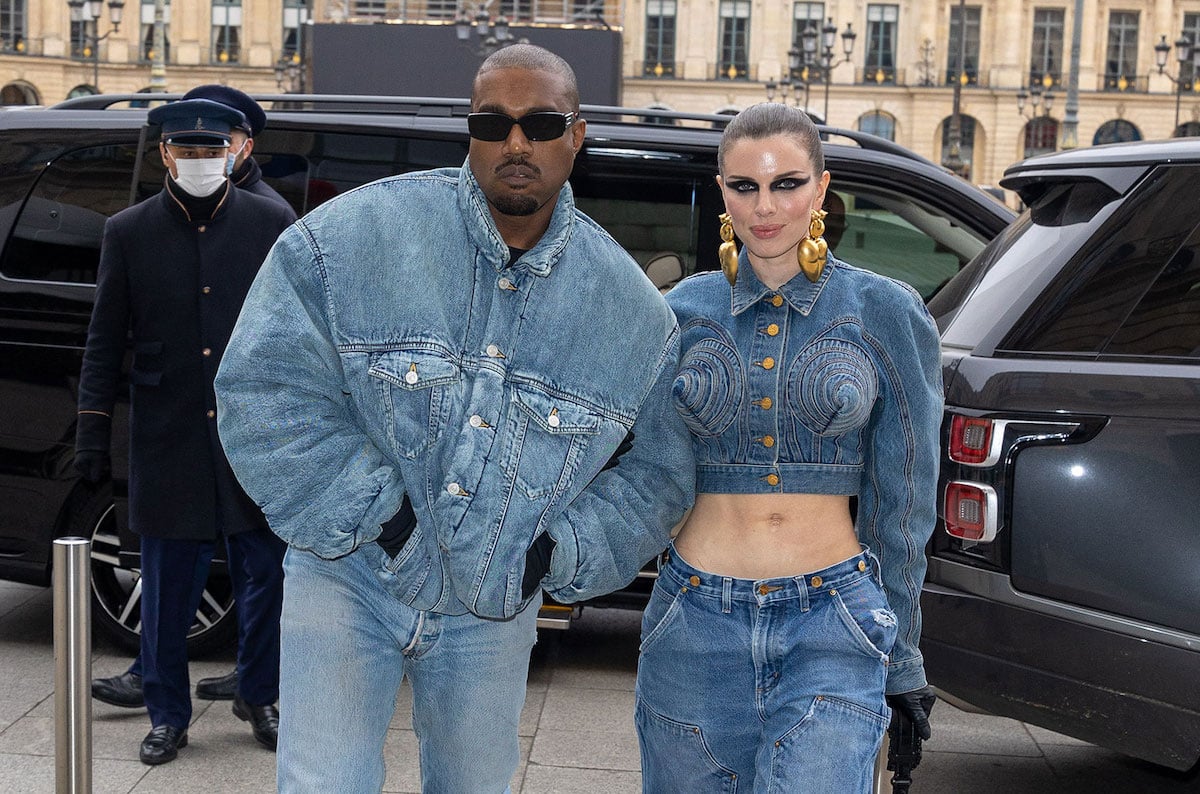 Uncut Gems star Julia Fox, thirty-two years old, was asked by TMZ if she thought her former flame could pose a danger to Kim & Pete, and she was confident that wasn’t a possibility. “Kanye is harmless,” the model insisted.

Although Fox didn’t deny that Kanye could potentially be a threat to himself. She thought a moment to herself and said she would reach out to him. Social media unfortunately has been a visible platform to witness some ugly moments of Kanye West & Kim Kardashians’ divorce.

The star became more frequent and frustrated since the couple went Instagram official with their relationship in March. On Sunday, Kanye shared several Instagram posts & videos on Sunday, sparked by Kim allowing their eight-year-old daughter North to upload a TikTok video again – which Kanye is completely against. 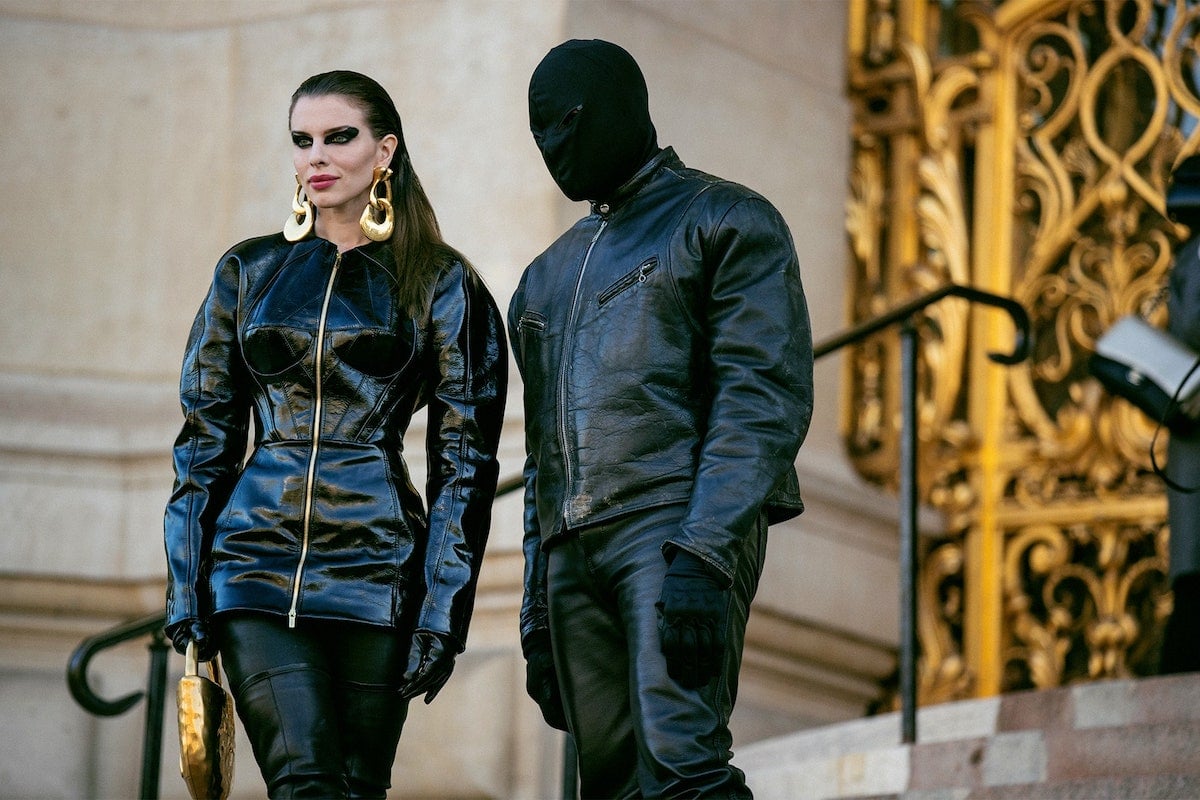 As far as Kim Kardashian causing Kanye West’s Instagram ban? Well, it seems like Kayne dug his own grave with that one – but not without some participants. Kim Kardashian &Pete Davidson are definitely guilty of participating in the online drama.

Kanye West & Kim Kardashian share four children: North, Saint, Psalm, and Chicago. According to recent sources, West has been spotted visiting his children despite the tension between him and his ex.