Is Judy Buenoano one of the creepiest female serial killers in America?

Judy’s real name is Judias, which almost sounds like the sister to the traitor of Jesus Christ. It’s an awfully fitting name considering the series of betrayals Judy would carry out over the course of her life.

Judy Buenoano would come to be known as the “Black Widow”. As with the insect, Buenoano was silently treacherous, and her schemes often ended with the death of her partners. Once someone decided to enter Judy’s inner circle, there was a high probability they would not come out unscathed.

Buenoano may have only claimed the lives of three victims, but she is certainly still in the running for the creepiest female serial killer ever. One of the eeriest things about her kills was the total lack of remorse she showed in having perpetrated them.

Buenoano would quietly plot for years in order to reap the benefit of an insurance payout down the road. Many people on the outskirts of her life didn’t suspect a thing. She was certainly silent, but deadly. 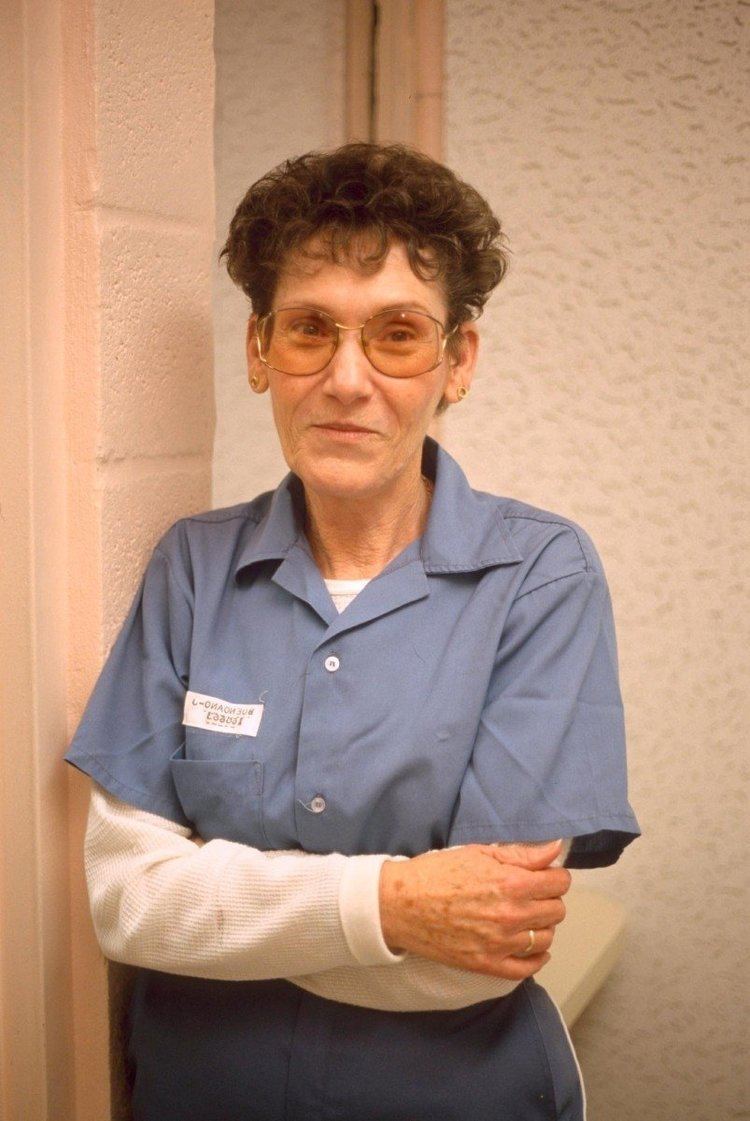 The death of husband & boyfriend

Judy Buenoano married a U.S. air force sergeant named James Goodyear in 1971. Goodyear served a tour in Vietnam and was barely home for three months before he started dying of unknown causes. Doctors were baffled by his declining health, but when he eventually died, they ruled it a death by natural causes.

Buenoano waited five days before cashing in Goodyear’s three life insurance policies (a total of $95,000). By the end of the year, a fire had also burned down her house, an incident for which she collected $90,000 more. Things were seemingly going horribly for Buenoano, but in her opinion, were they really?

Just a year later, Buenoano became involved with a man named Bobby Morris. She moved in with him in 1972, but her son Michael was proving to be a difficult child. Michael tested in the low intelligence range and was very disruptive in school. Buenoano was able to get rid of him for a while by giving him up to foster care. 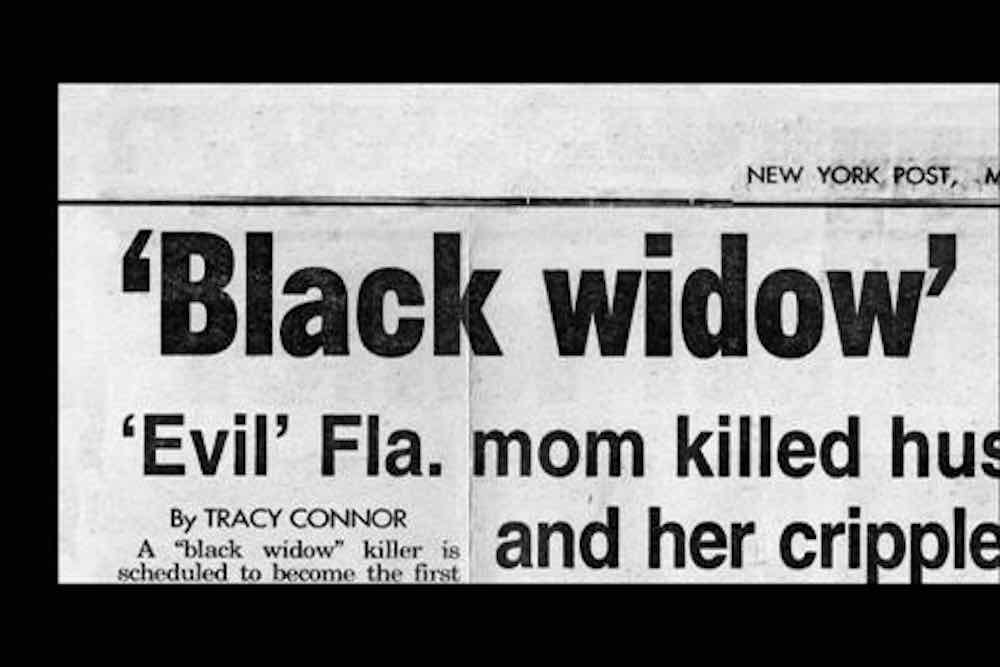 Bobby Morris eventually moved from Florida to Colorado and Buenoano would join him in due time. She had a little somethin’ somethin’ to take care of before she went. In 1977, she was the victim of yet another house fire. This also brought her an insurance payout.

In January of 1978, Bobby Morris became ill and the cause was again a mystery to doctors. Morris died later that month and Buenoano collected money for insurance policies she had taken out in his name.

It’s interesting to note that Morris was not a completely innocent victim of Buenoano’s insidiousness. It was later revealed that Morris allegedly confessed that he and Buenoano were responsible for a murder that happened in his Alabaman hometown. Charges weren’t pressed on either person in this case though, because police could find no concrete evidence. 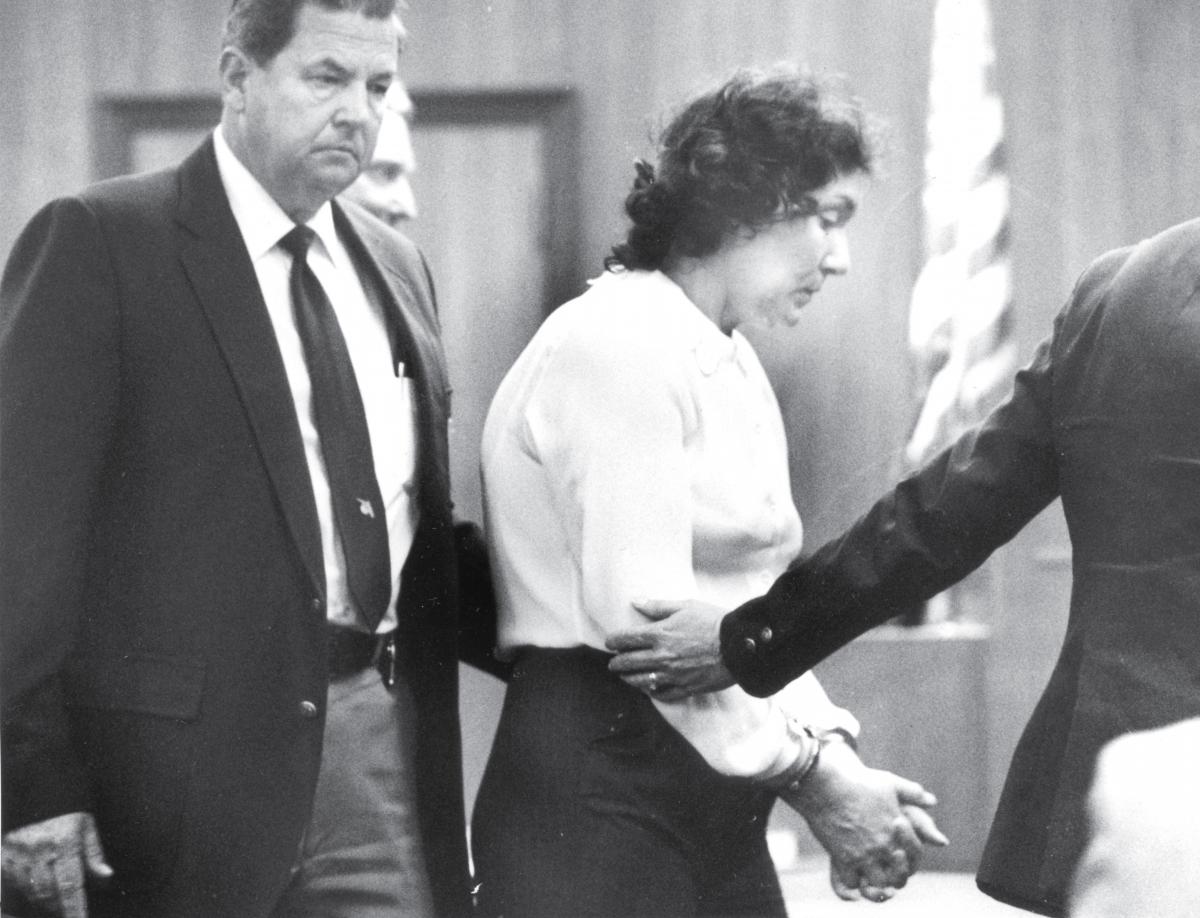 Judy Buenoanos graduates to killing her own son

Buenoano moved on. In May of 1978, Judy changed her last name to Buenoano, a butchered Spanish translation of her former name. She had been Judias Goodyear up until that point. It hasn’t really been proven why she decided to change her name at that time, but one could take a wild guess.

Michael, whose name had also been changed to Buenoano, moved back to Pensacola, Florida as well. Michael joined the military in the summer of 1979 and ended up being based in Georgia. A damper was put on his military career when he started becoming ill and suffering from paralysis. 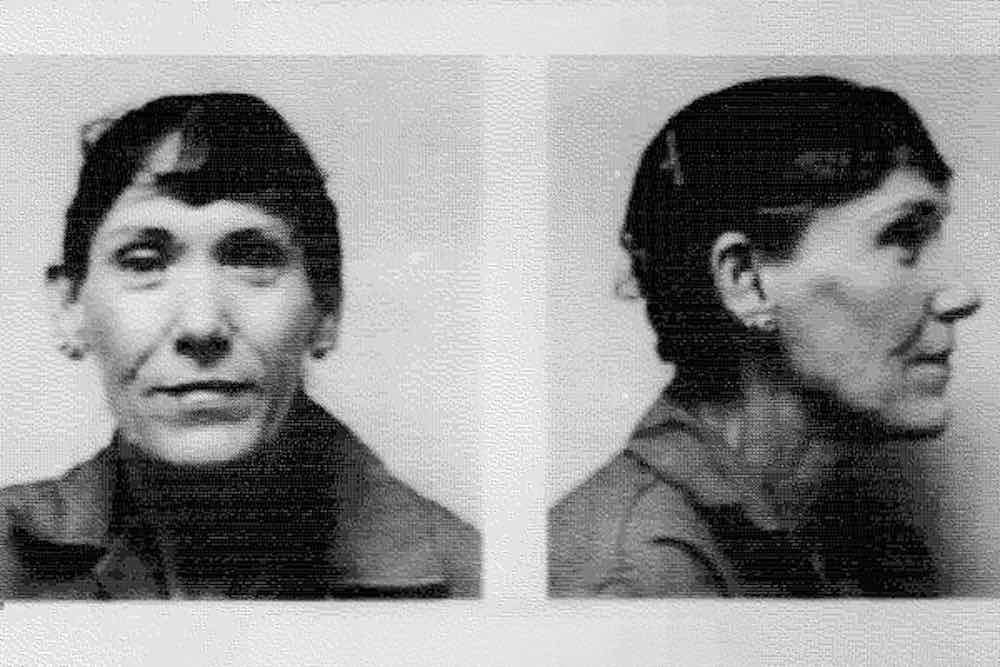 Michael was diagnosed with arsenic poisoning and was given heavy leg braces made out of metal to assist him. Judy Buenoano had had another child by that time, and one day she decided to take the two of them canoeing. This was not exactly the ideal activity for a paraplegic with heavy equipment like Michael, but off she went.

Buenoano would later report varying stories about an accident while on the water to the police. One of her stories was that they had hit a floating log which capsized the canoe and resulted in Michael drowning. Buenoano then cashed in a $20,000 military life insurance policy on Michael and opened a salon with the money.

At this point, police started to become suspicious. 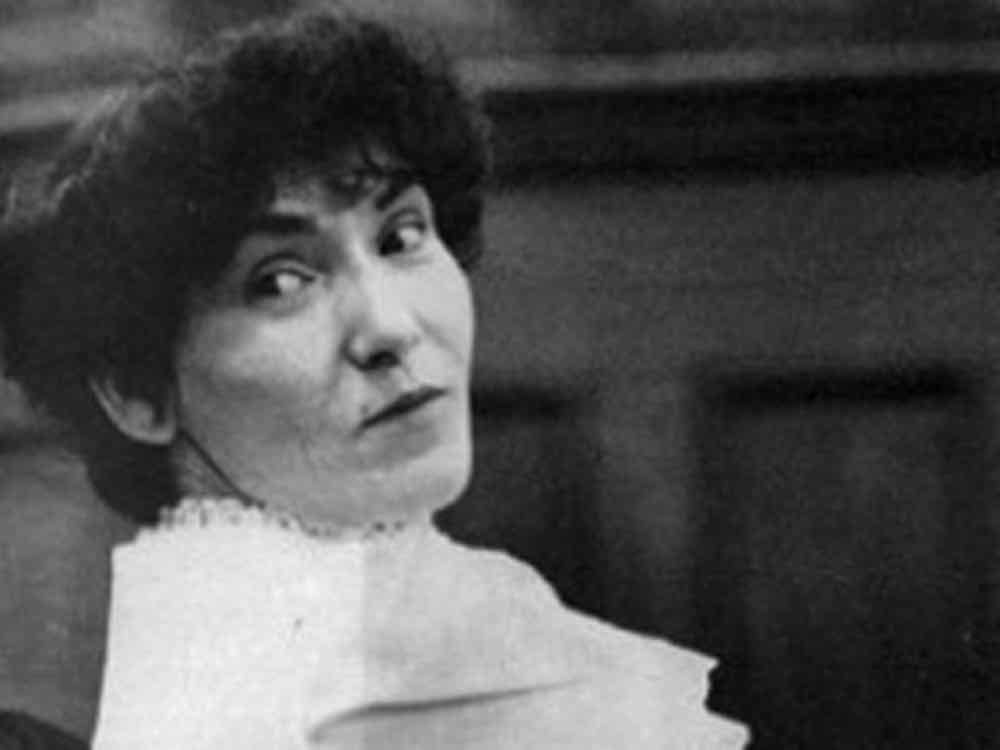 In 1983, Buenoano became engaged to a man named John Gentry. She had convinced him that she had experience as a senior nurse and started giving him “vitamin capsules” to take on a daily basis. When Gentry complained to her that the pills made him feel nauseous and dizzy, Buenoano told him this was evidence that he should double the dose. Awfully suspicious, don’t you think?

In June of 1983, Judy announced she was pregnant. Gentry, in a mood to celebrate, headed to his car to fetch some champagne. As soon he started the car a bomb exploded, leaving him with some serious injuries. After four days of recovery, Gentry was well enough to answer questions from the police.

Many things weren’t lining up in regards to what Gentry thought was going on and what seemed to really be going on. Judy was not, in fact, pregnant, and neither did she have any nursing qualifications whatsoever. When Gentry handed the “vitamin capsules” over for evidence, they found that they weren’t vitamins at all. They were a mix of arsenic and formaldehyde! 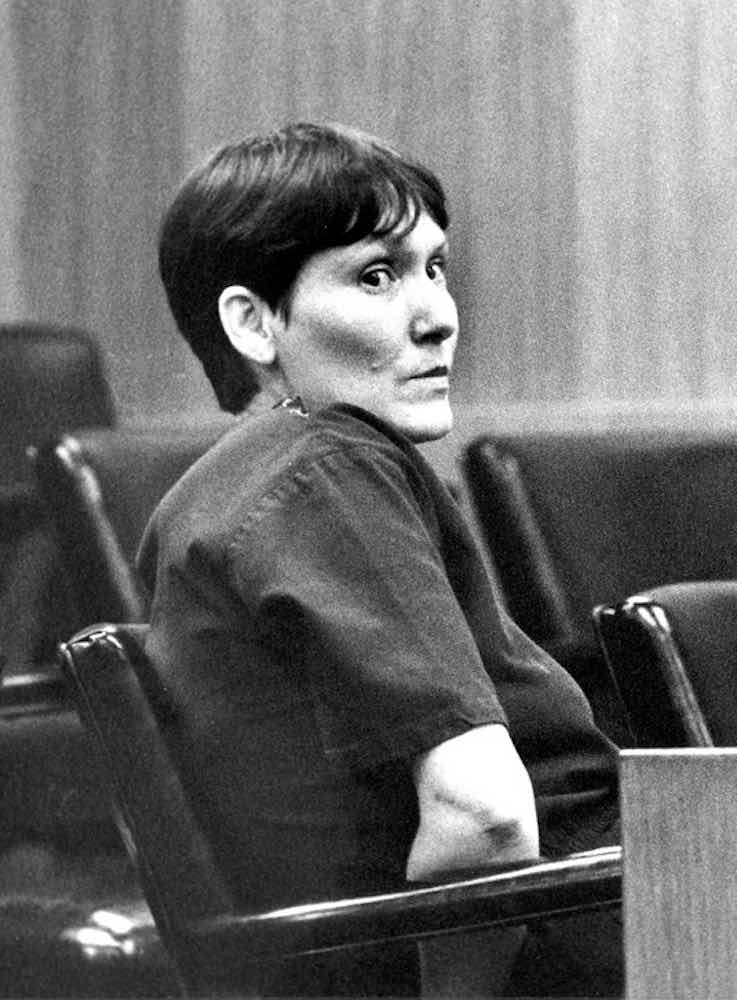 Buenoano had also apparently begun telling friends that Gentry was suffering from a terminal illness. This was one of the things that made it abundantly clear she was setting the stage for Gentry’s death.

Authorities finally had enough reasonable suspicion to go snooping into Buenoano’s life and background. The ingredients for a bomb were found in Buenoano’s room and this later led to the exhumation of the other corpses in Buenoano’s past. James Goodyear, Bobby Morris, and Michael Buenoano all had traces of arsenic poisoning in their systems. 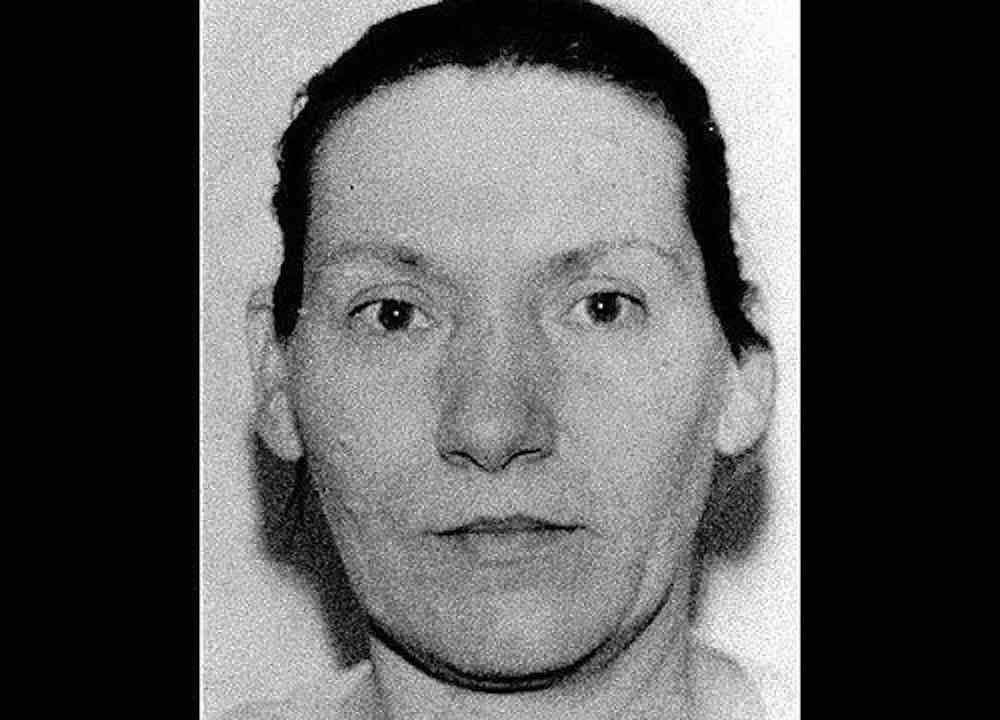 The execution of Judy Buenoano

Prosecutors decided not to go forward with the case of Bobby Morris since Buenoano was already on death row. The state of Florida executed Buenoano by electric chair on March 30, 1998. She was only the third woman to ever be executed since the reinstatement of capital punishment in the U.S. in 1976. 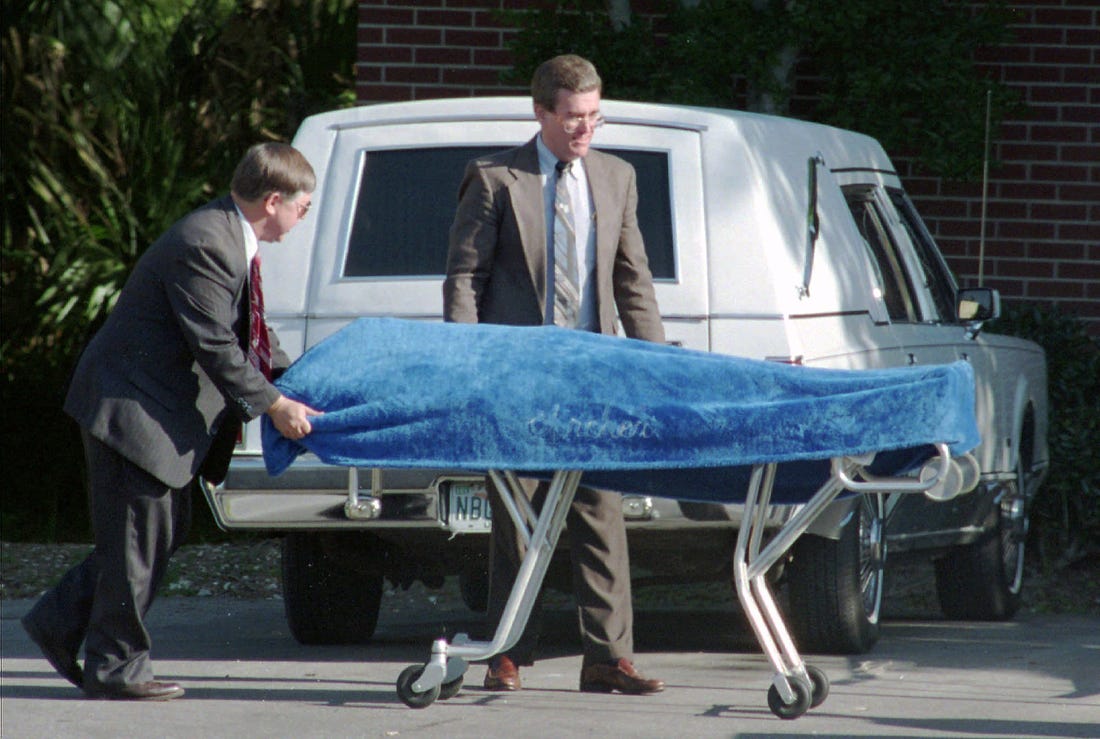 Ted Chamberlin, the detective who diligently investigated Buenoano’s case, said, “Judy just went one murder too far. If she’d just let that last boyfriend alone, she probably could have walked away from the other murders.”

Chamberlin then went on to say that Judy was the coldest killer he had ever known. Buenoano never did accept responsibility for the murders she committed. Despite the overwhelming evidence, she maintained her innocence until the end. Her glare remains imprinted in the minds of the jurors who decided her verdicts.

Judy’s case is featured in the 2008 crime show Deadly Women in the episode “Dark Secrets”. 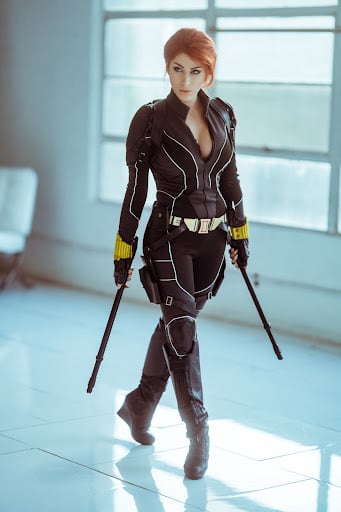