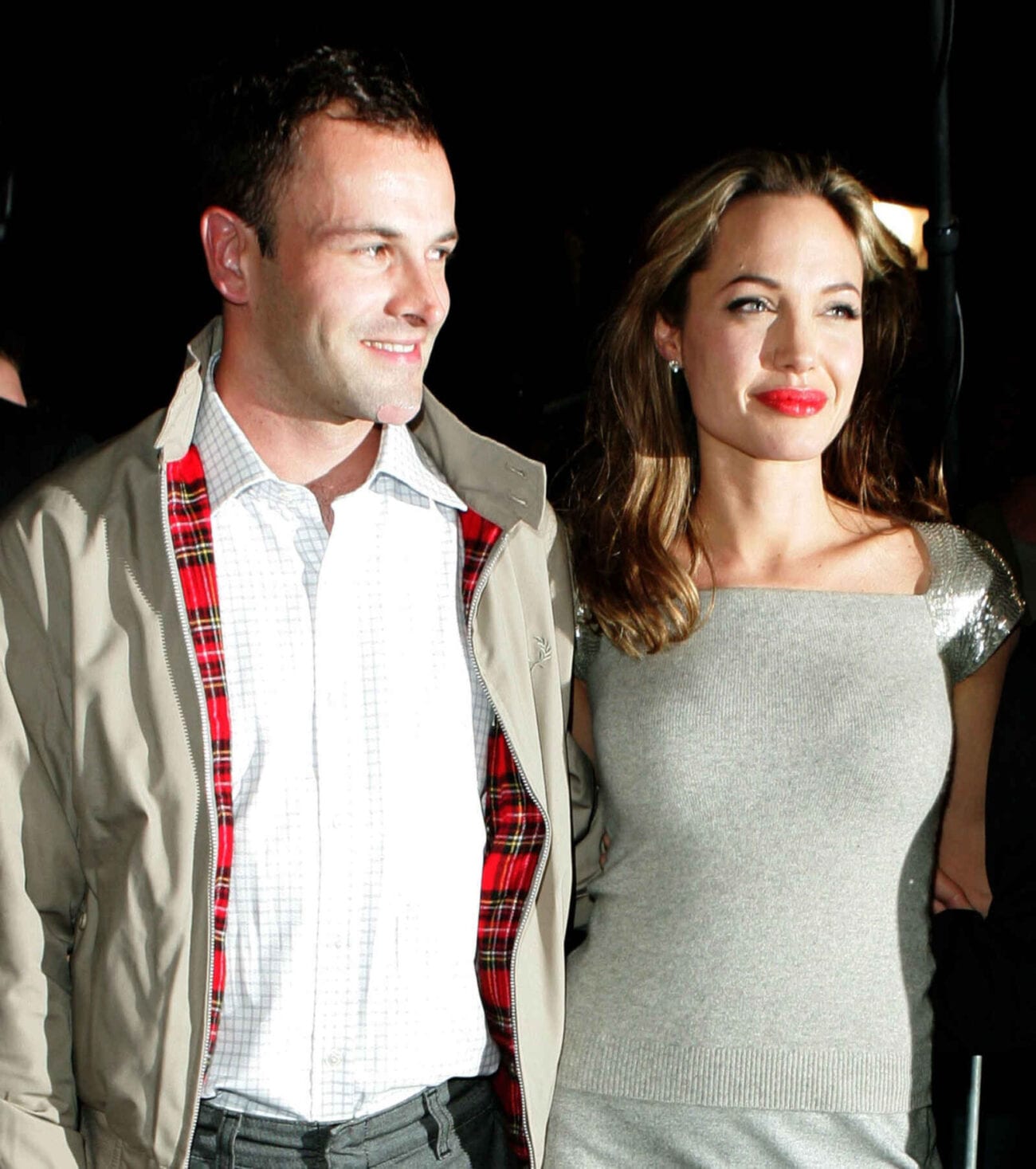 Could Angelina Jolie be rekindling her 90s romance with her ex-husband?

Is everyone going back to their ex this year? Hollywood actress & philanthropist Angelina Jolie may be pulling a “Bennifer” and reuniting with her 90s hubby, actor Johnny Lee Miller! Jolie & Miller were married from 1996-1999, which was more than a decade before her marriage to Brad Pitt.

Angelina Jolie was seen leaving the Trainspotting star’s New York apartment twice in one week. While on a family trip to New York City, Jolie not only visited her ex-husband but also got a new tattoo! Keep reading to find out more about how Angelina Jolie is moving on from her recent divorce! 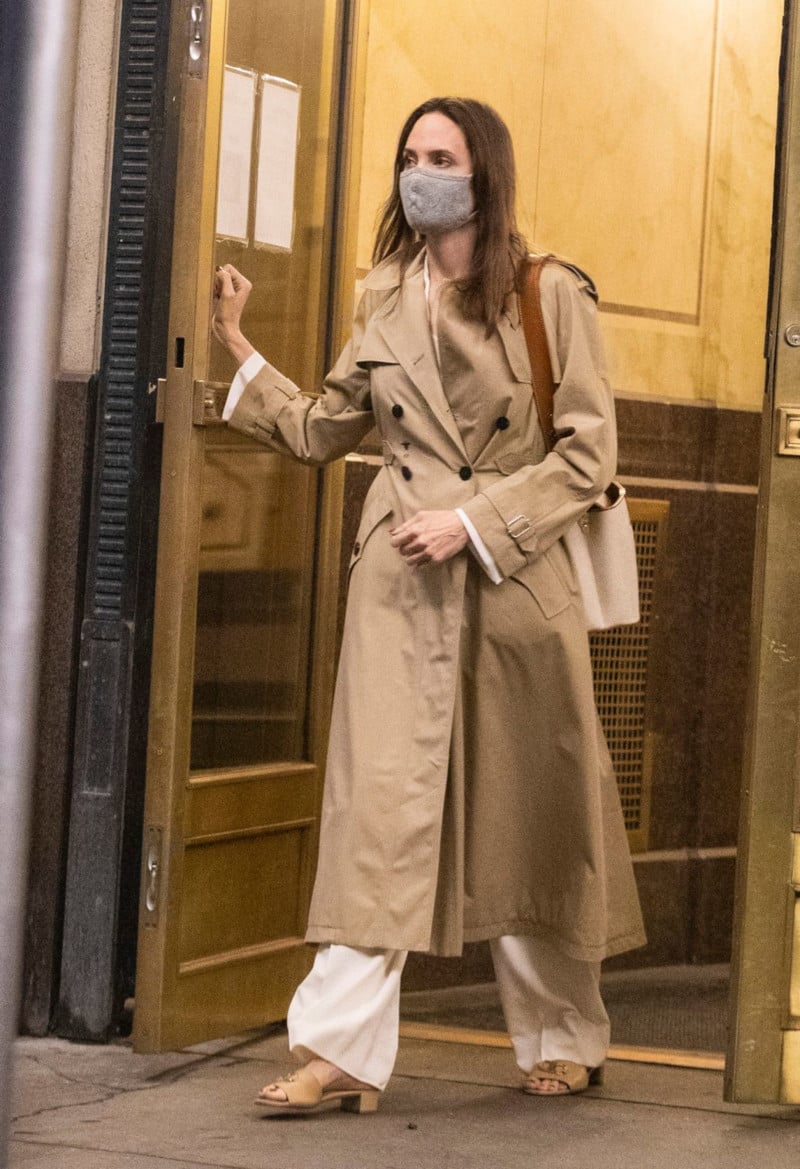 The Maleficent star was seen visiting Miller’s Brooklyn apartment on June 11th. Jolie was seen sporting a trench coat, a Louis Vuitton bag, and Peter Michael bottle of wine (these bottles reach up to $500)!

Just a few days later, Angelina Jolie was seen returning to Miller’s with her seventeen-year-old son Pax. On June 15th, the mother & son were casually dressed to pay her ex-husband a visit. The actress was wearing a navy blue dress with beige heels while her son wore a pink-checkered flannel. 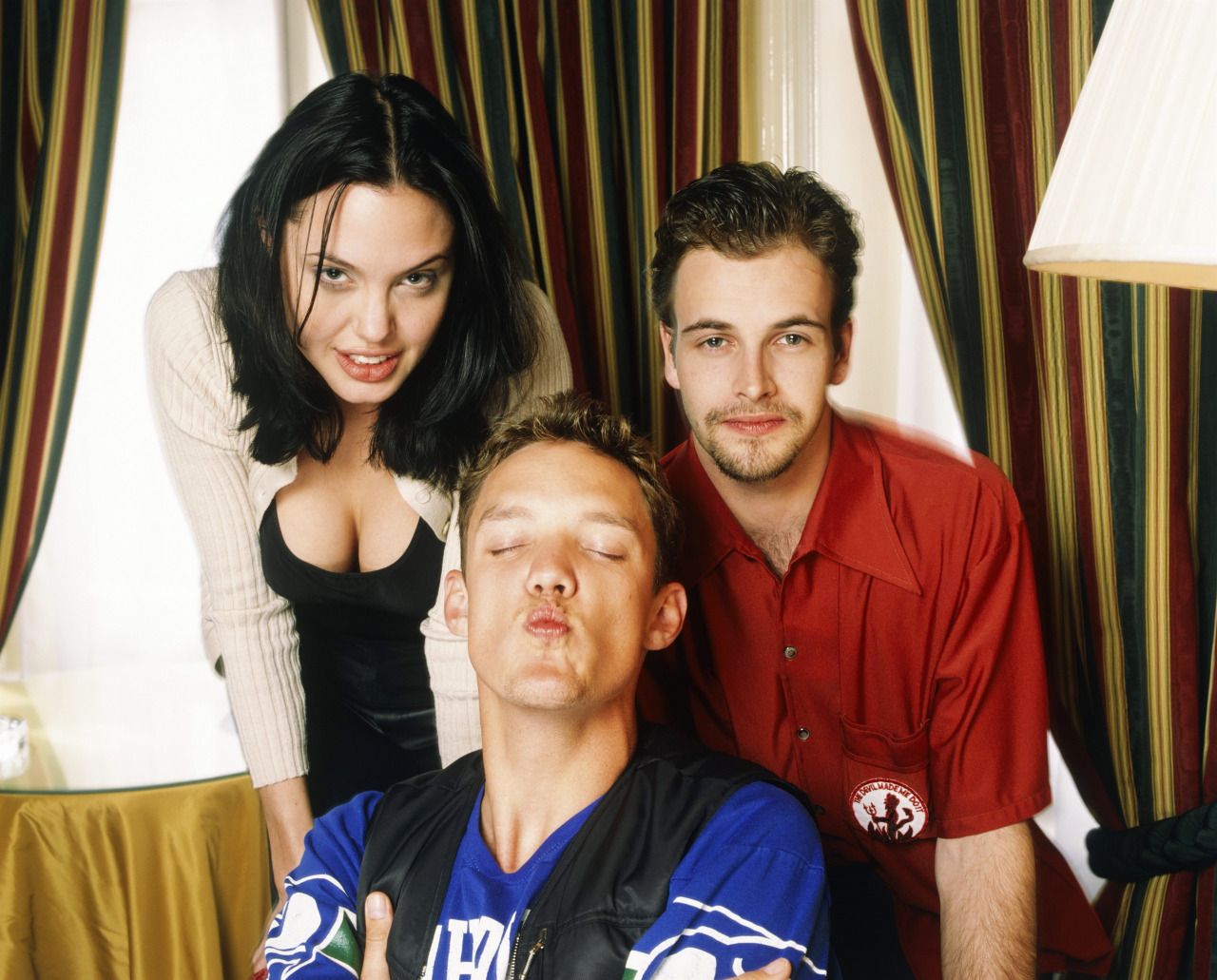 The pair first met while filming their crime-thriller Hackers in 1995. Six months after meeting, the couple decided to get married in the most insane ceremony! Instead of a white dress, the then-twenty-year-old actress wore rubber black pants & a t-shirt with Miller’s name written on it with her own blood! At the time, Jolie explained, “It’s your husband. You’re about to marry him. You can sacrifice a little to make it really special.”

However, the young couple’s marriage didn’t survive to the end of the 90s. The two stars decided to split in 1997 due to their busy careers. Their divorce became official in 1999. Despite the separation, the two celebrities stayed friends throughout the years and didn’t end their marriage on a bad note.

Angelina Jolie has even previously discussed her regret in ending her marriage with Johnny Lee Miller! In an interview from 2004 with B magazine, Jolie said that divorcing Miller “was probably the dumbest thing I’ve ever done”. 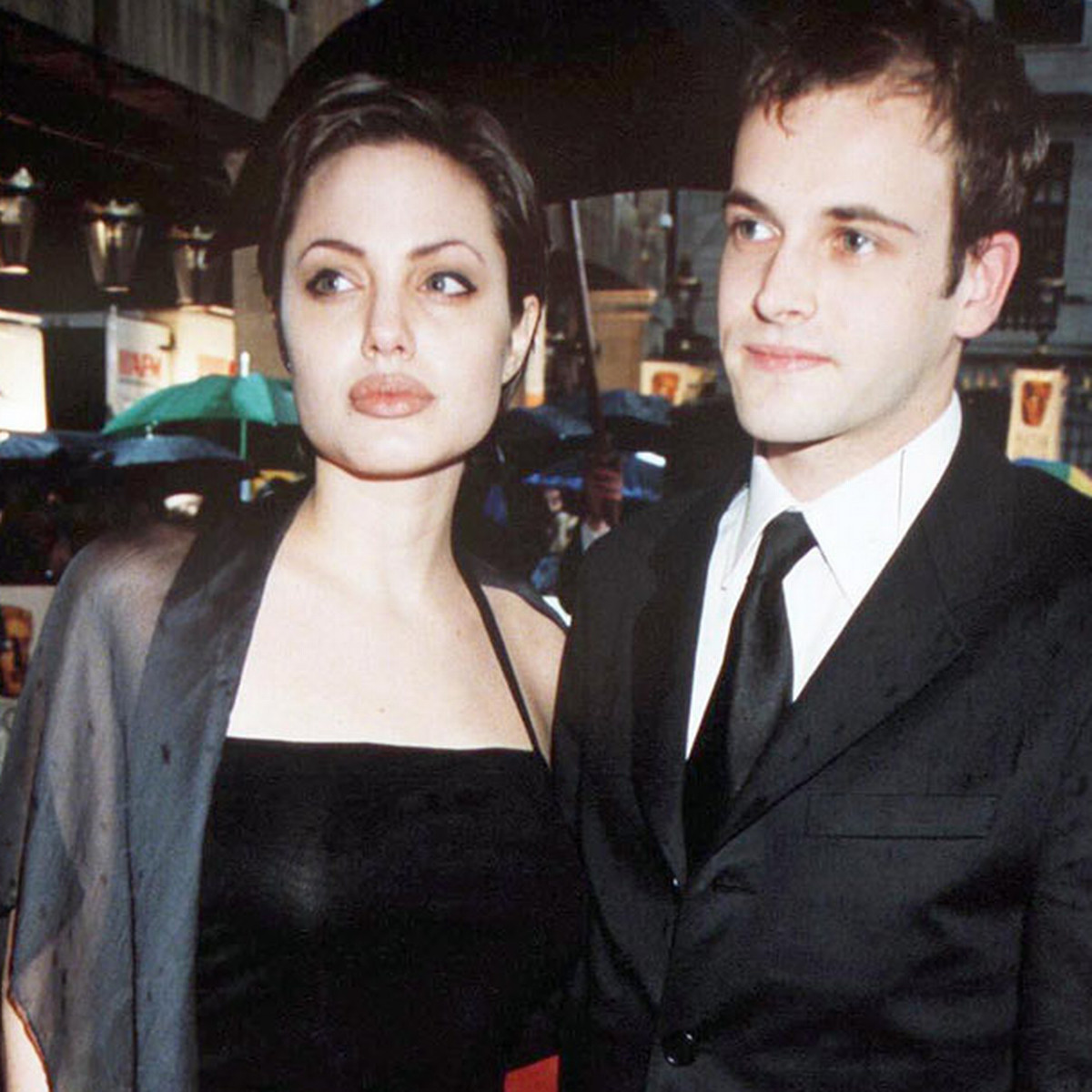 Angelina Jolie already has an impressive collection of eclectic tattoos; however, the actress recently made a new addition (with perhaps an underlying meaning). The latest tattoo is placed up her forearm just above her Persian poem from Rumi. The new tattoo is a quote from astronomer Galileo Galilei which reads, “Eppur si muove” which is Italian for “And yet it moves.”

This quote by Galilei was apparently said during his trial after discovering that the Earth revolved around the sun. The Catholic church had forced Galilei to retract his statement as they believed it went against the church. The quote from the astronomer is believed to be an act of resistance as the truth will always remain & one day be revealed.

This quote may ring true for Jolie as she has claimed that her divorce trial from Brad Pitt was unjust. A 2020 divorce document which has recently been obtained has revealed that three of their children wanted to testify against Brad Pitt. Ultimately, Jolie decided that involving the children in the trial testimonies would not be beneficial for their emotional well-being. 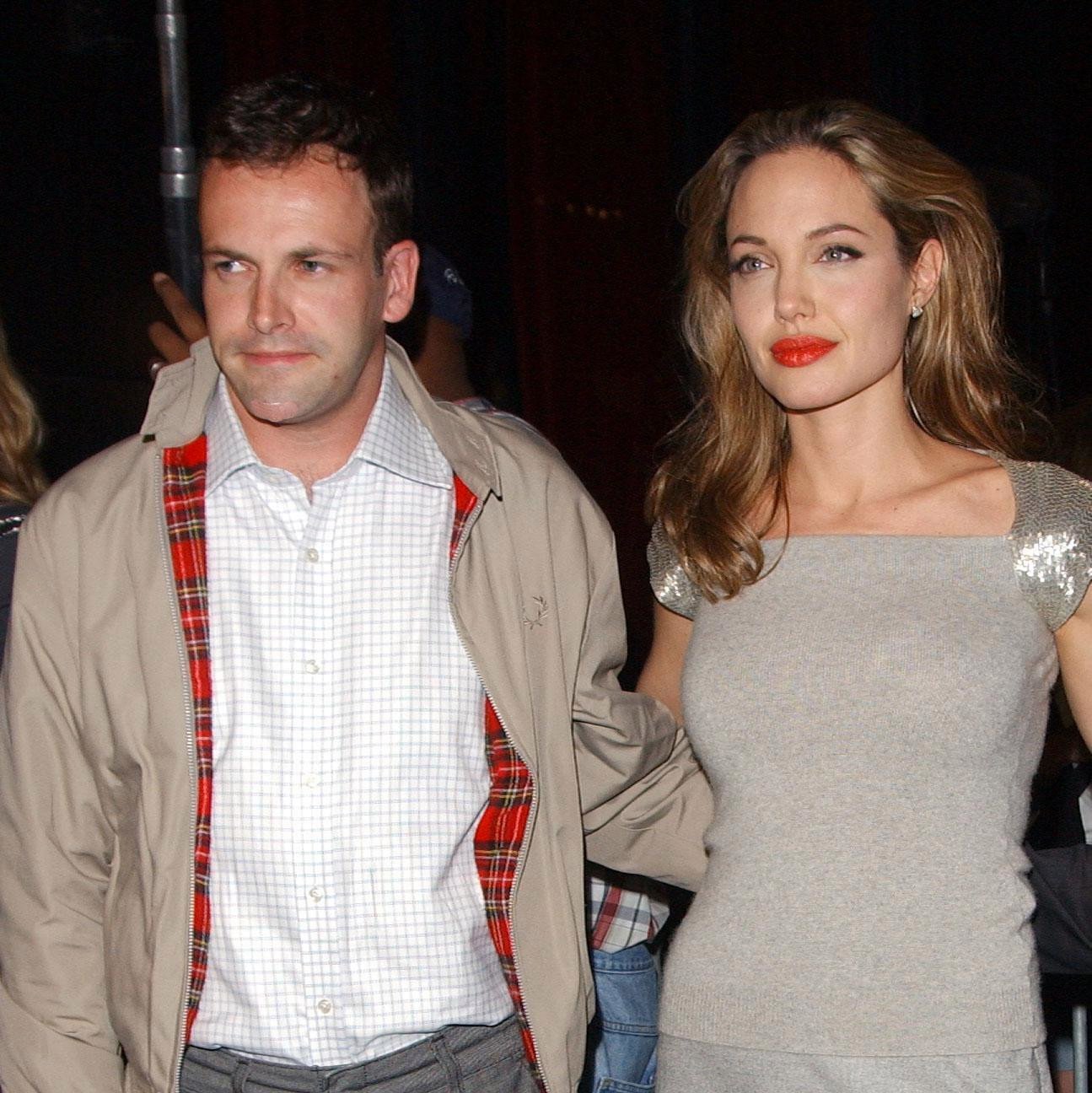 However, Maddox, who is now nineteen, is no longer a minor and did testify against his father. The testimony was described as “unflattering for Brad,” said a source for Us. Maddox has unofficially removed Pitt from his last name and kept Jolie instead.

In 2020, Angelina Jolie tried to remove Judge John Ouderkerk from their trial because of alleged ties to Pitt’s legal team. Jolie argued that the judge had failed to disclose “ongoing business and professional relationships” with Brad Pitt’s lawyers. However, her efforts were rejected and judge Ouderkerk remained on the case.

Will Angelina Jolie finally find a happy romance with her 90s hubby? What do you think about the possible meaning for Jolie’s new tattoo? Let us know in the comments below!