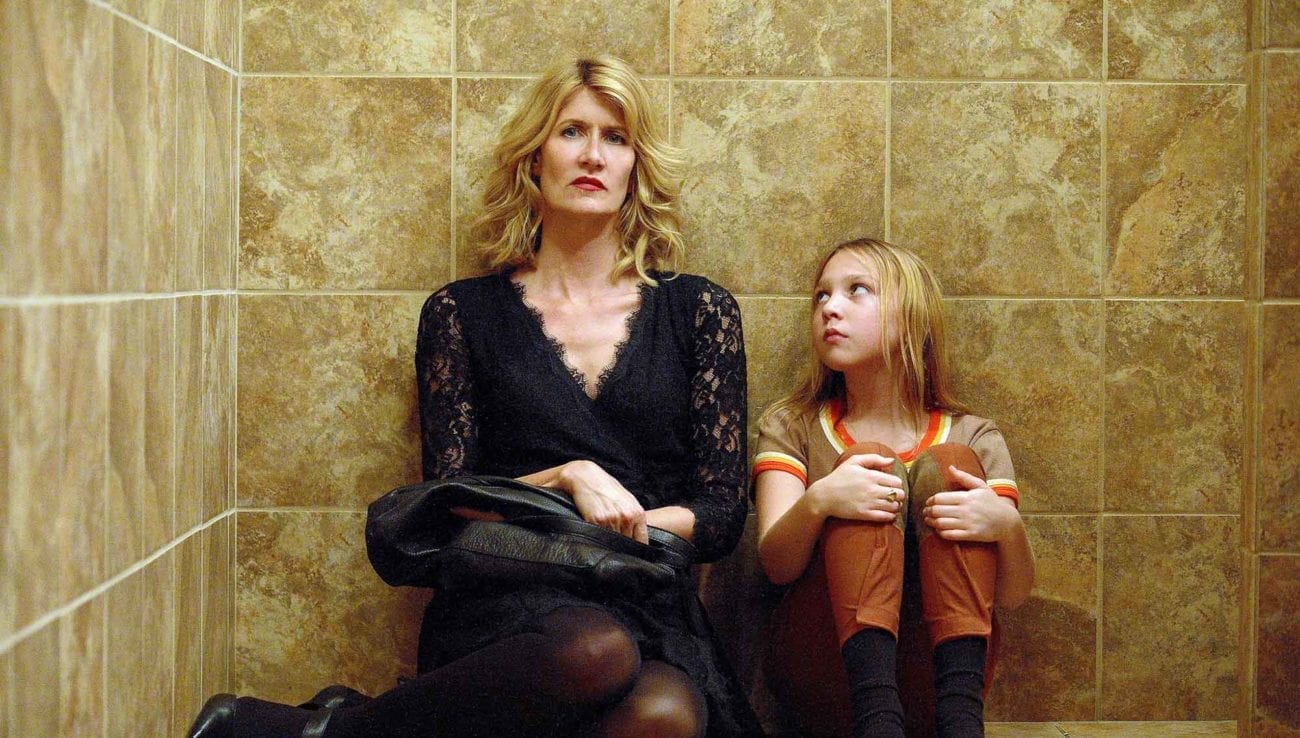 At 2018’s Sundance Film Festival, the event where distributors swarm Park City to nab the year’s hottest indie titles, several movies had their moment in the spotlight. The deals formed a notably low ebb, 2018 conclusively dubbed “The Slowest Sundance Ever”. 2019 wasn’t much better.

“Awful” said one studio executive, while “boring” was the takeaway of another. “Who are these movies for?” questioned a major distributor. These poor reviews from Hollywood’s players were spurred on by a lack of late-night seven-figure deals – two of the major acquisitions were Assassination Nation and Colette, although both were bought for $10 million or less by distribution companies looking to sidestep the major studios to change the landscape of the independent film business. 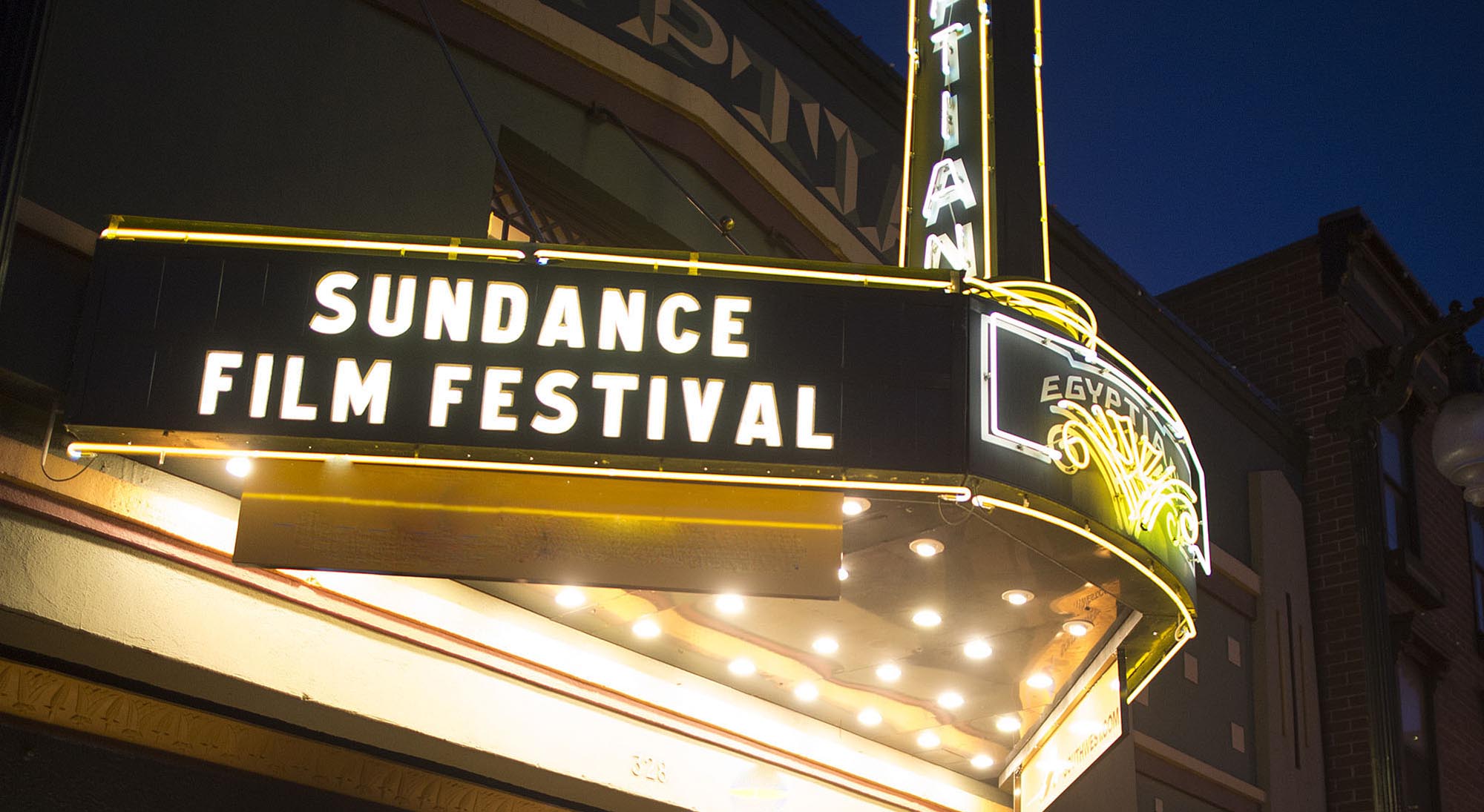 Filmmakers ask: Does this even matter?

While many in the industry claimed not enough movies sold big, filmmakers from Steven Soderbergh to Josephine Decker wondered whether this is even an issue. In an interview with IndieWire, Soderbergh argued, “I don’t subscribe to this idea that a festival that didn’t have a bunch of sales coming out of it is not a worthwhile festival.”

Meanwhile Decker, whose 2018 Sundance entry Madeline’s Madeline received warm reviews from the critics, still went home without a distribution deal in place. The director spent a year in acting school to prepare for the project: “I just wanted to have a lot of artistic freedom, and I knew that with bigger budgets you usually start to lose that.”

So yes, the “next big thing” might not have emerged from this year’s Sundance, but does it really matter? Perhaps the lack of major deals and noisy buzz is simply the sign of a new era in cinema, where major studios no longer hold the majority share of power, and new opportunities arise for the indies.

Pandemonium Screenplays Creative Director Aaron Davis explained why: “The studios are still struggling with the age-old problem of getting butts in seats at movie theaters, because streaming services such as Netflix, HBO, Hulu, and Amazon are serving up quality content to people at home at a faster rate than ever before.

“Right now Hollywood is very uncertain of itself. Sundance isn’t really for discovering the next great indie film any longer. From 1995 up until a few years ago, it used to be that a filmmaker could get greenlit based on the strength of the project – the topic, the quality of the writing. Now studios will only work with established intellectual properties that carry less financial risk . . . that’s one reason that there are so many remakes of established films.”

The death of the multiplex & the rise of streaming sites

It’s hard not to notice this trend. In the last year we’ve seen the release of Jumanji: Welcome to the Jungle, Star Wars: The Last Jedi, Wonder Woman, and Black Panther (to name just a few). Yet cinemas still appear to be losing crowds of viewers who would rather stay at home and enjoy the freedom of choice from streaming sites.

Earlier this month, the National Association of Theatre Owners revealed cinema ticket prices were at an all-time high in 2017, while sales plunged by 6% thanks to the “worst summer in a decade”.

Indie filmmaker Alexander Cooper told Film Daily: “Even fans of film are choosing to stay in and watch a film in comfort at home rather than going to a cinema, which is expensive to many. Before the internet there were cinemas and video rental shops. All this points to lower takings for blockbusters at cinemas and this is being made up for by takings on streaming services.” 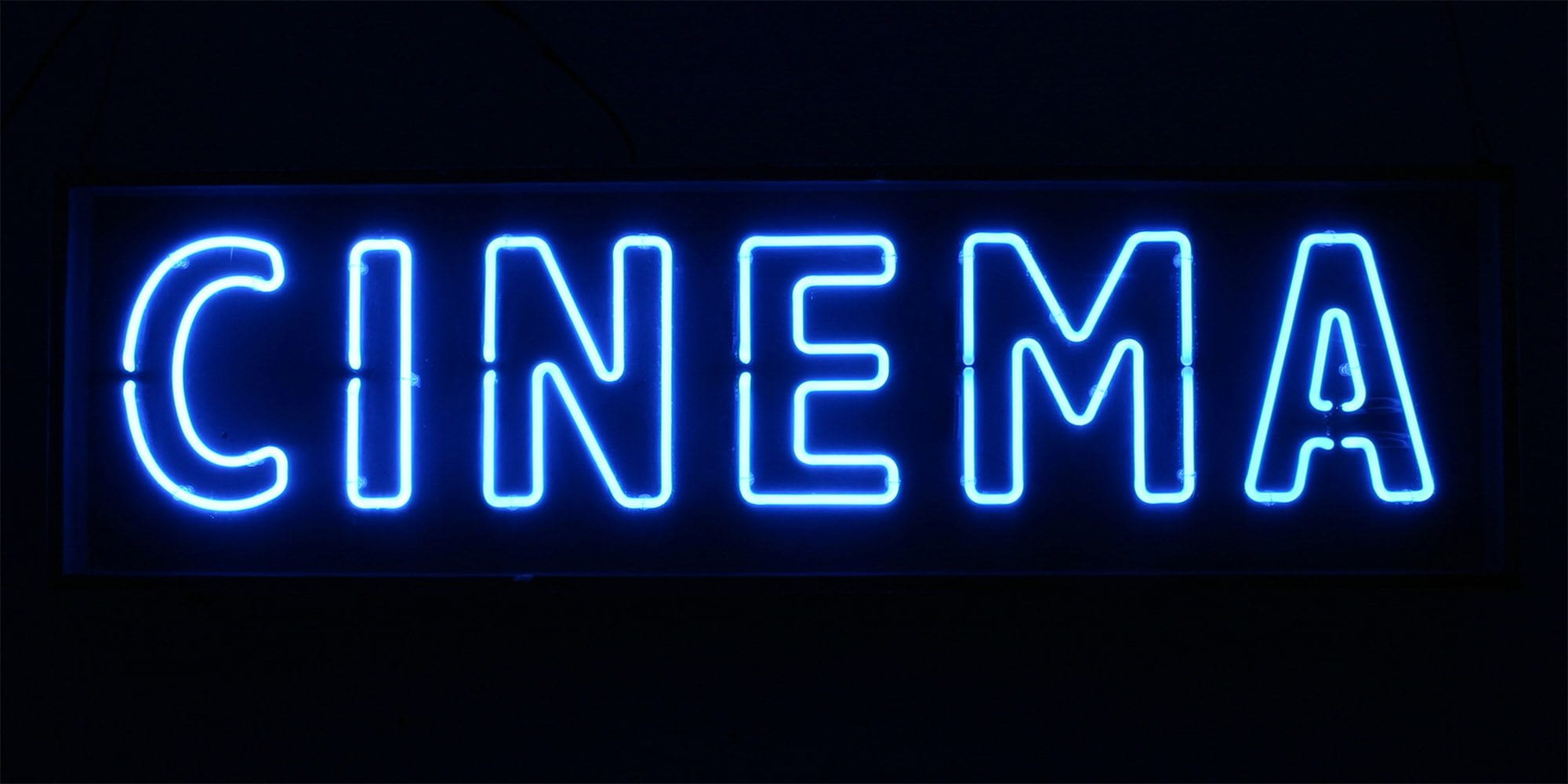 As such, movies are increasingly sidestepping theater releases in favor of going straight to stream. This shift was evident at Sundance through the acquisition of Jennifer Fox’s The Tale, starring Laura Dern as a woman coming to terms with her own sexual abuse. The surprise came when it was picked up by HBO. Yes, despite its warm reviews, The Tale will not be coming to a theater near you – ever – but go straight to cable television, and then be available on VOD and streaming services.

While this is not an entirely new concept, Variety points out that “the purchase of The Tale by HBO matters because it symbolizes something: the transmogrification of movies into a home-viewing experience.” The publication went on to describe how the film probably has a chance to reach a far larger audience on HBO than it might have at a handful of independent theaters or on the shoebox twelfth screen of a megaplex.

Benefits of sidestepping the box office & going straight to stream

Viewers increasingly reach out to their favorite streaming platforms instead of attending theaters regularly, not just due to ticket prices, but because it gives them what they want: variety & choice. Pandemonium’s Davis explained:

You’re seeing movie-quality productions offered by HBO, Netflix, and Amazon at a rapid pace. Part of this is that studios don’t have a recognizable brand. Most moviegoers can’t tell the difference between a Universal or Warner Bros. film, but they do know the difference between what HBO produced and what they can find on Netflix. Streaming services have built their brands on meeting the customer where they are at – and it’s paying off.

Creative Cloud Video Director of Product Management Laura Williams Argilla echoed this view. “What has been successful for streaming services is content tailored to particular viewer types. The idea that, when I go to my account, I see content that is curated for me based on my past viewing preferences may not align with the mainstream theater experience.

This opens up an opportunity for storytellers to create stories that resonate with different audiences and frees filmmakers from some of the perceived requirements of a mainstream release.”

Actor & producer Brian Harrington pointed out that “the abundance of streaming has definitely led to the need to make more deals happen for a filmmaker instead of one big deal in order to create a buzz or stay working.” However, this also means indie filmmakers are able to have their work viewed more easily than before, when they stood little chance competing with tentpole productions. 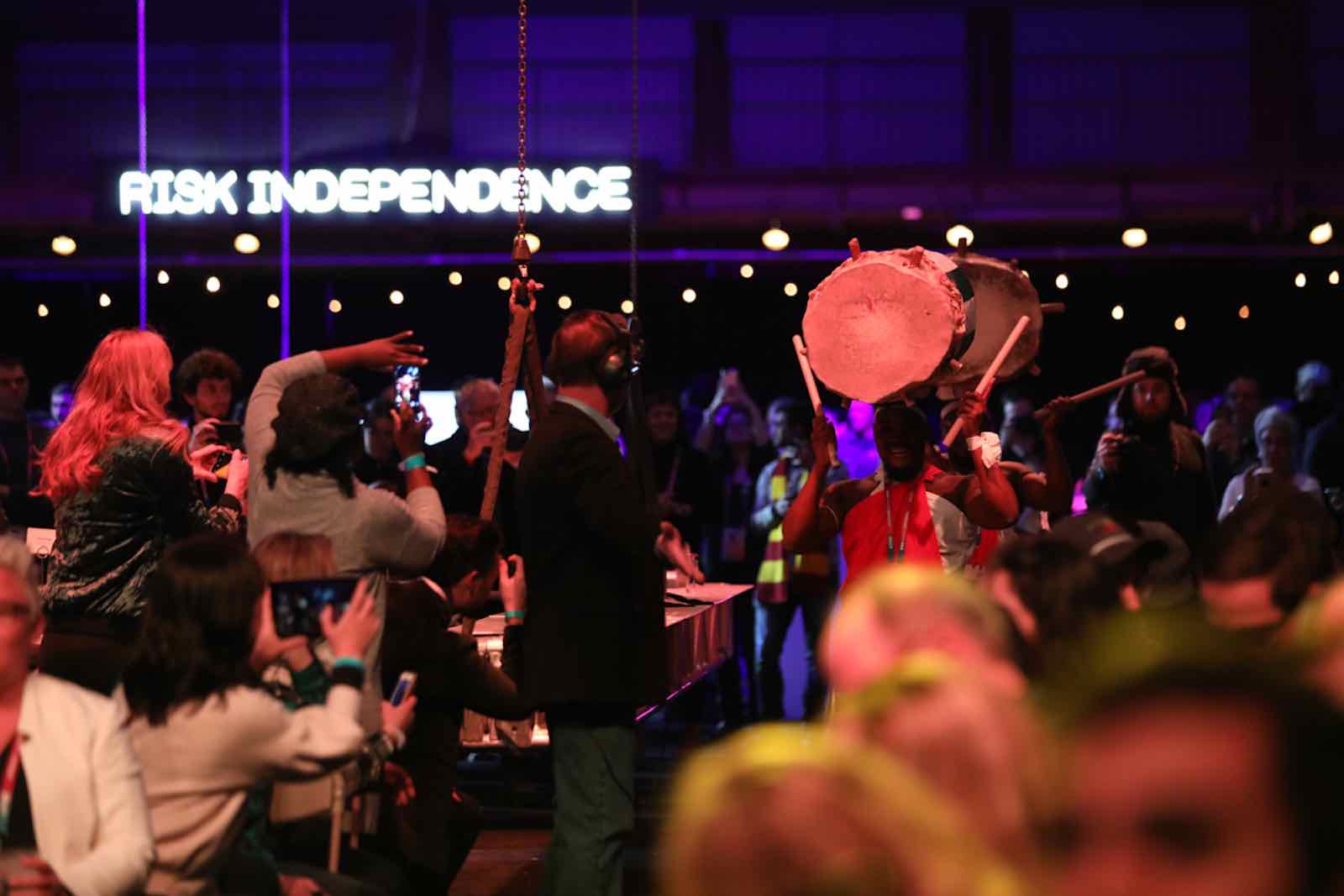 It appears we’re entering a golden era for indie movies, where smaller production teams are able to build audiences through streaming sites, creating cutting-edge movies thanks to modern technology and access to filming equipment. “Entertainment is going through what the music recording industry went through in the 2000s.

The technology available today puts indie filmmakers on an even playing field with large studios. A filmmaker can record, produce, and market a film on social media without ever talking to a studio or distribution company. Viewers today want to know you as an authentic person. If you create quality, intelligent content, you’re going to be rewarded for it by audiences,” added Davis.

So while there is an abundance of content on offer, there’s also opportunity for smaller productions to find their viewing pool. Cooper, who produced Sandow and Parallel, offered his experience in this moviemaking revolution: “With my first production Parallel, it was for a time streaming on Vimeo before I was able to get it onto Amazon Video.

“Similarly, my directorial debut Sandow will be launching firstly on Amazon Video. I put my films on Amazon so as many people as possible can see them and that way I build a fan base organically – and production companies looking for a director for their projects can see what I have created.”

More content means less budget on any one project, so finances and schedules are tighter than they were ten years ago. “This is one area where independent filmmakers have always played well,” explained Creative Cloud Video’s Argilla.

“They have been forced to work within restrictions that smaller budgets create and highlight their expertise in balancing budget and time while producing excellence in storytelling. It also raises the importance of the film editor. With the volume of raw material going into a film growing dramatically, the editor ends up with a lot more material to choose from, forcing you to do more in less time while achieving the artistic vision.” 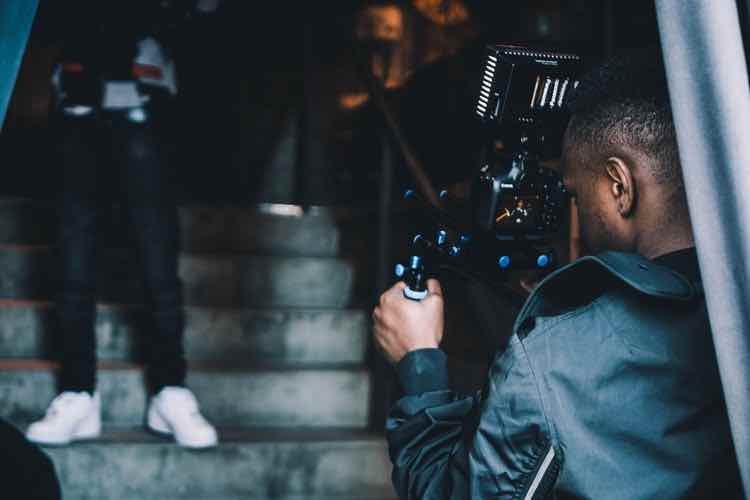 Of course, this changing tide doesn’t mean the death of the picturehouse, nor does it mean an easy ride for indie filmmakers. However, it does seem to paint the picture that we’re moving into a new age of cinema, where filmmakers who don’t fit cleanly into industry categories are able to find audiences outside of the movie theaters.

The focus is no longer seeking that “big deal”, but rather finding success through numerous projects and platforms. And this way, filmmakers can get back to concentrating on the thing they do best: storytelling.