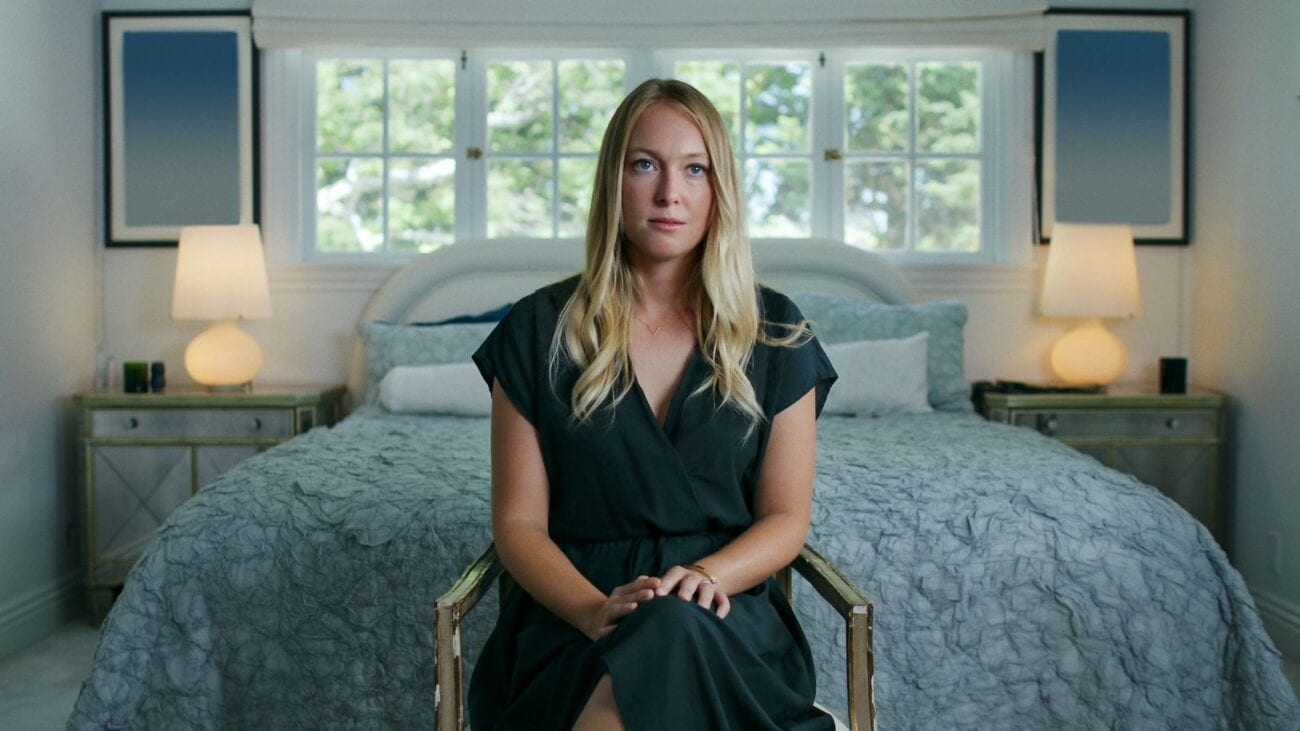 NXIVM (pronounced NEKS-ee-əm) is a cult headed by Keith Raniere. The group advertised itself as a self-help group for entrepreneurial people. It was supposedly intended to help empower its members, but it ended up doing quite the opposite.

Members were encouraged to profess personal information while they were brainwashed and made to feel lesser and powerless – meanwhile they were paying thousands of dollars for these classes. India Oxenberg, in 2011, had gone to college for a year and decided it wasn’t for her. Unsure of what was next for her, she tried a NXIVM introduction course with her mother.

Oxenberg has recently begun opening up about what it was like in the cult through interviews, a docuseries on Starz, and an article in the first person on the website Elle. Her experiences make it clear just how horrific NXIVM and the sub group DOS really was. 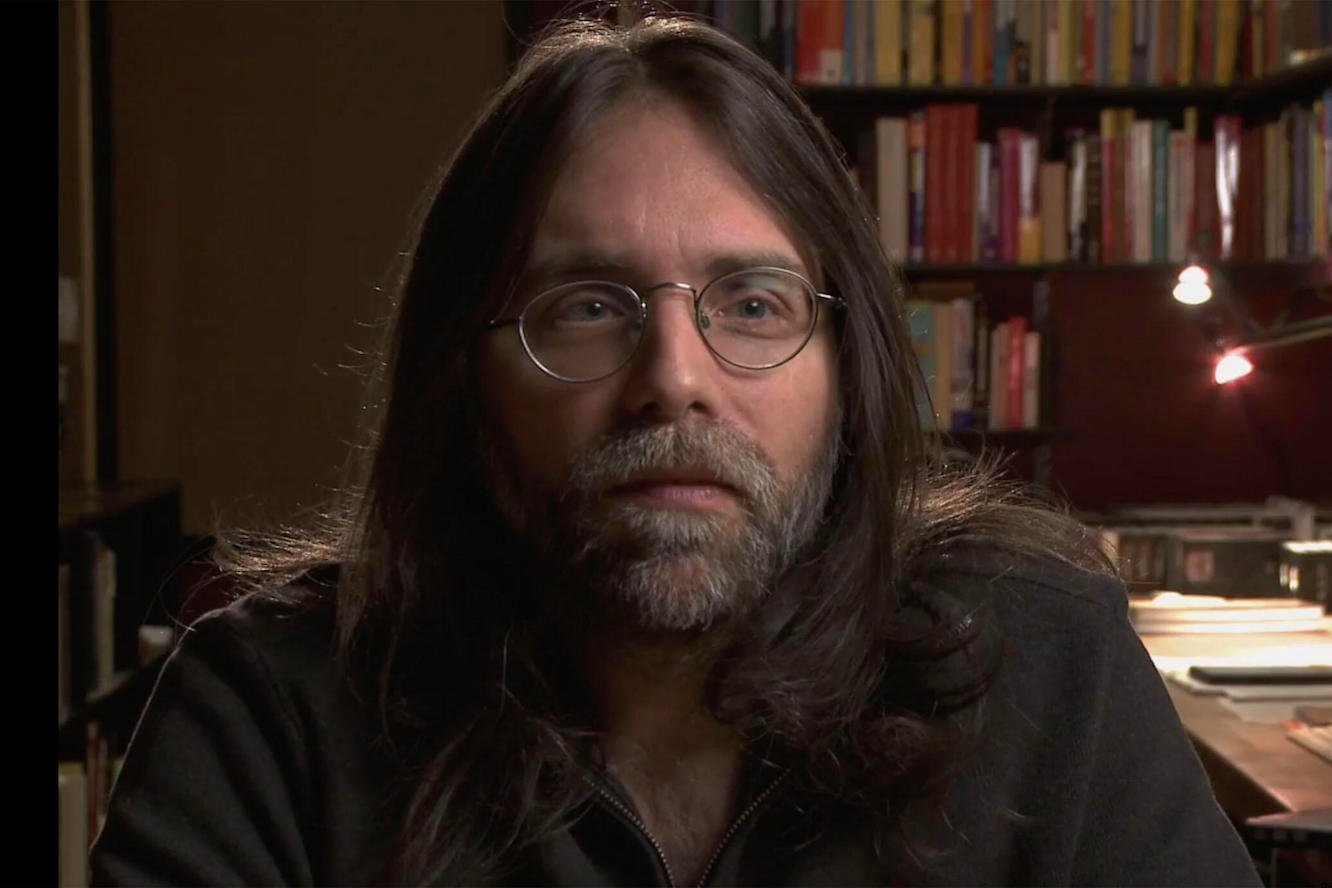 Oxenberg spent a total of seven years in the sex cult, five years of her time was in the overarching NXIVM group – at that point actress Allison Mack (who is currently waiting to be sentenced for her NXIVM crimes) recruited Oxenberg to DOS, a sub-group of only women. DOS stood for Dominus Obsequious Sororium, a Latin phrase meaning “master over slave women”. Yikes.

Oxenberg recalled the introduction course for NXIVM, saying, “Everything they said felt like it was meant just for me. I was inspired.” She also recalled her mother backing out while she became more and more enamored with the group. “I felt like she didn’t understand me, like she was judging me for joining. Now I see that was so far from the truth. She was trying to save me from something that ultimately turned criminal.”

India Oxenberg also described how she opened up to Keith Raniere because she viewed him as a mentor. She told him about her childhood, her mother, her dream & fears, and more. “He made me feel special only to slowly break me down and systematically control me.” 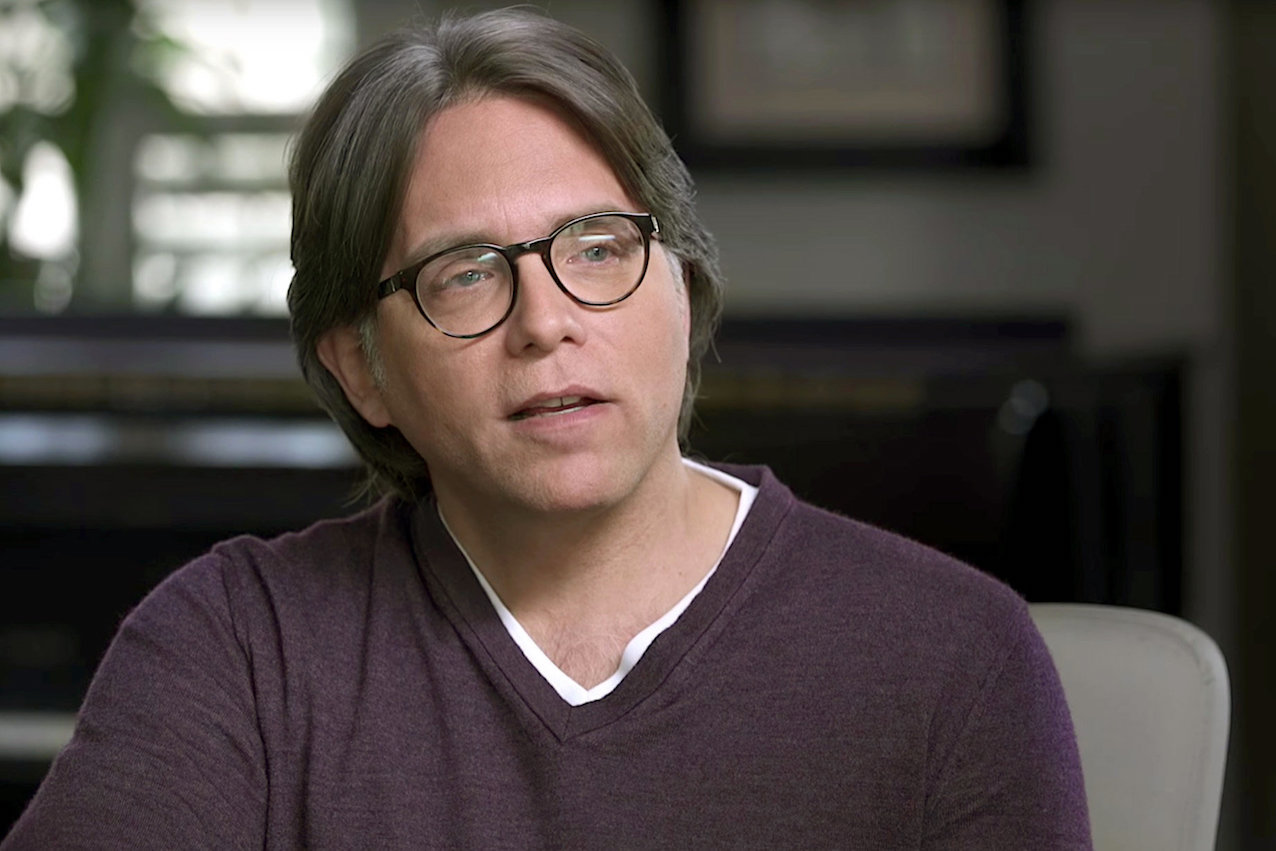 When Mack eventually approached Oxenberg about joining DOS, the group was described as an internal society within NXIVM (true) that was top-secret and worked to provide women with one-on-one coaching (less true).

In order to join members were forced to provide collateral to their masters. In this case Oxenberg provided Mack with explicit photos. India Oxenberg said she wasn’t comfortable with it, but she chose to trust the people asking. She mentioned that she believes a lot of the photos she provided are still out there somewhere, but is unsure where.

Later India Oxenberg was forced to get branded. At the time she was told the shape being burned into her flesh was symbolic – in 2018 she discovered they were actually Keith Raniere’s initials. It was one of her turning points – suddenly she was questioning the last seven years of her life. “There were so many things I’d been indoctrinated to accept. Now I was left to wonder, what the fuck were they?” 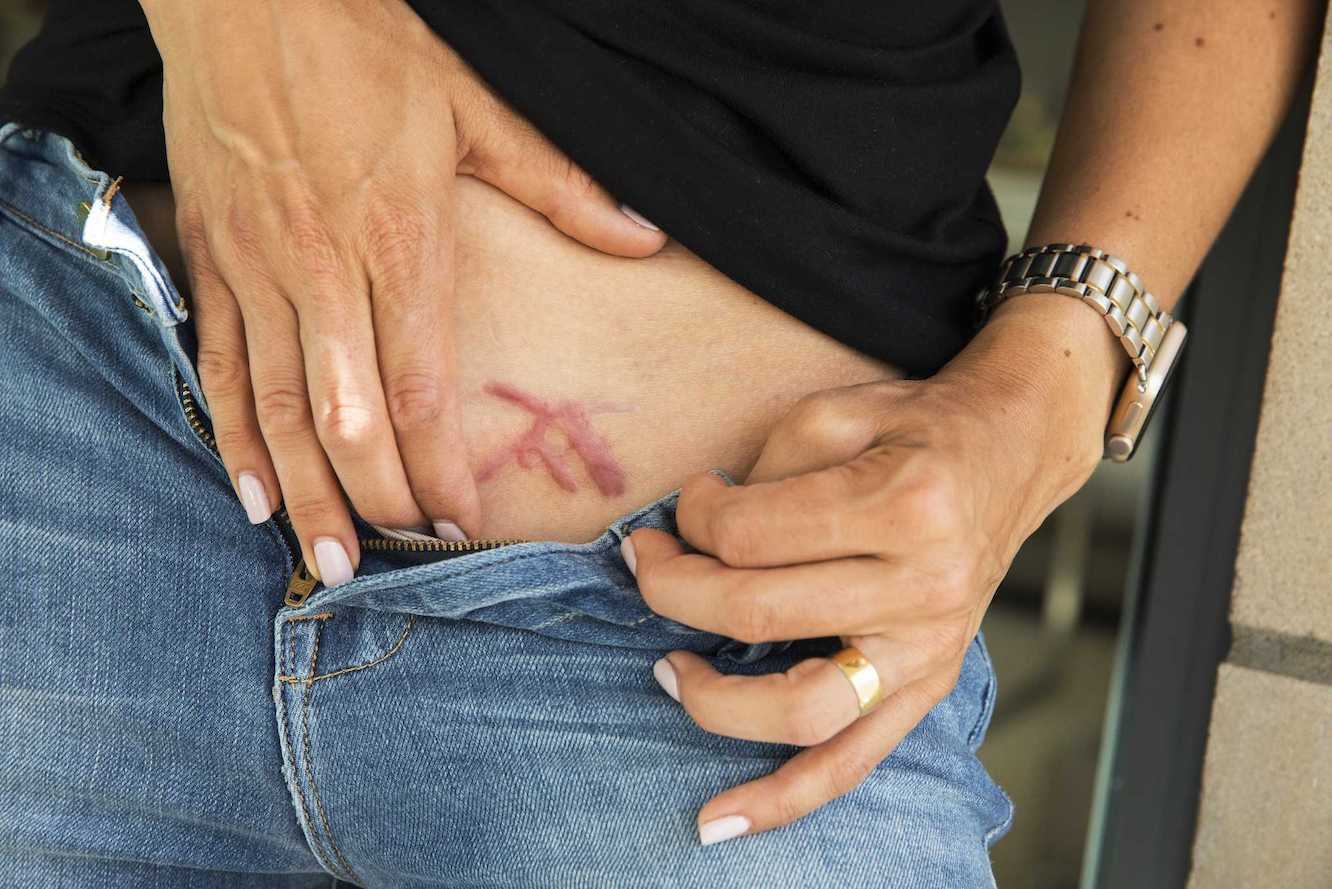 After India Oxenberg had her wake-up call she did her best to get out. She even ended up helping the FBI for nine months because of her long “membership” and the fact she was one of the last people to willingly leave.

In 2019 Oxenberg saw Raniere at his criminal trial and it helped confirm her new realizations that he wasn’t “some guru” but was in fact a small depraved man. Now, India Oxenberg is engaged to a chef named Patrick and she calls him her saving grace. They live together with their two cats Rice & Beans, and she’s had her scars covered up with a tattoo saying “ancora imparo” which translates to “still learning”. 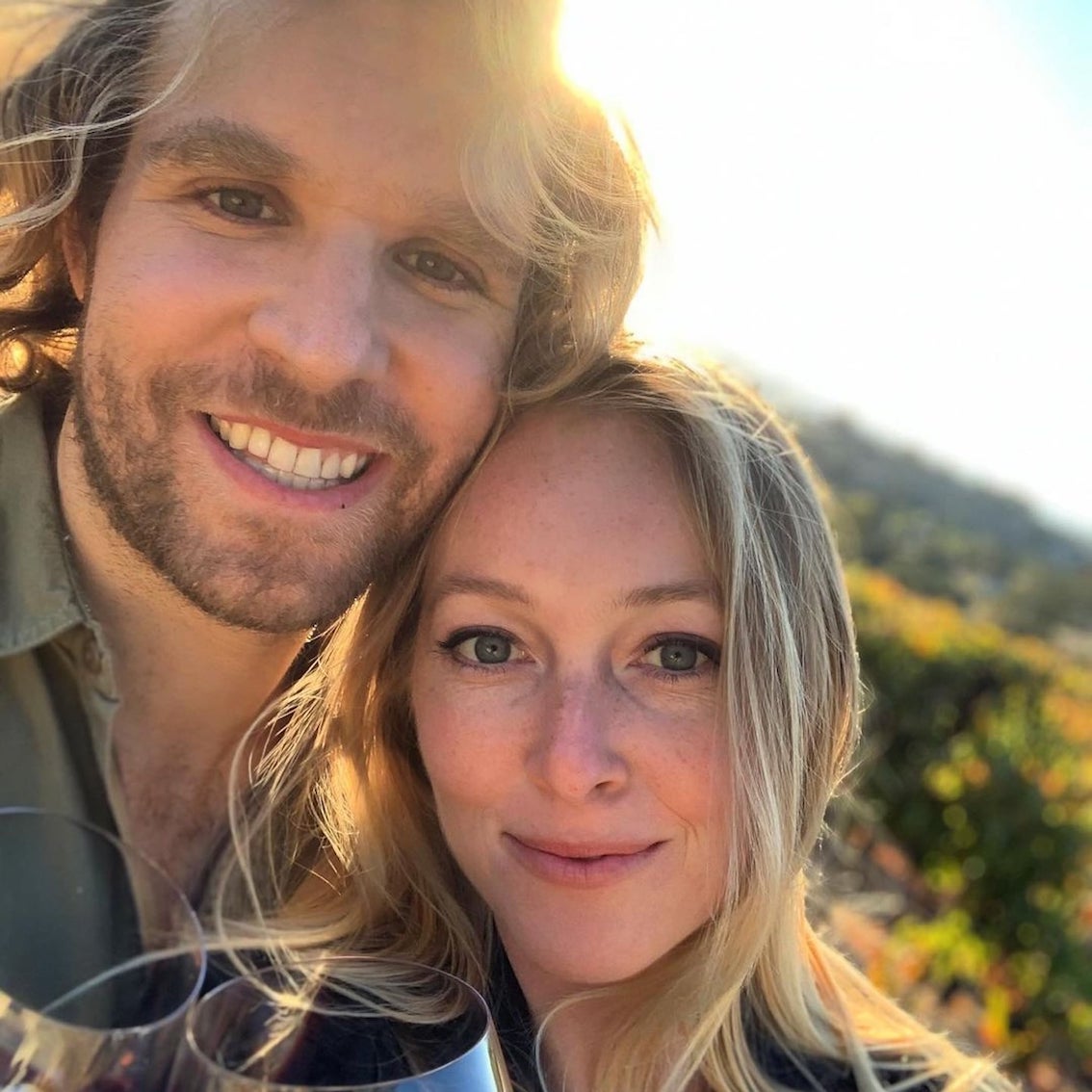 India Oxenberg also provided some words of wisdom: “If you’re ever in a situation where someone tries to change your opinions of yourself in a negative way, or make you believe that you’re not lovable or you’re not worthy, get out. That’s not love, even if they tell you it is.”