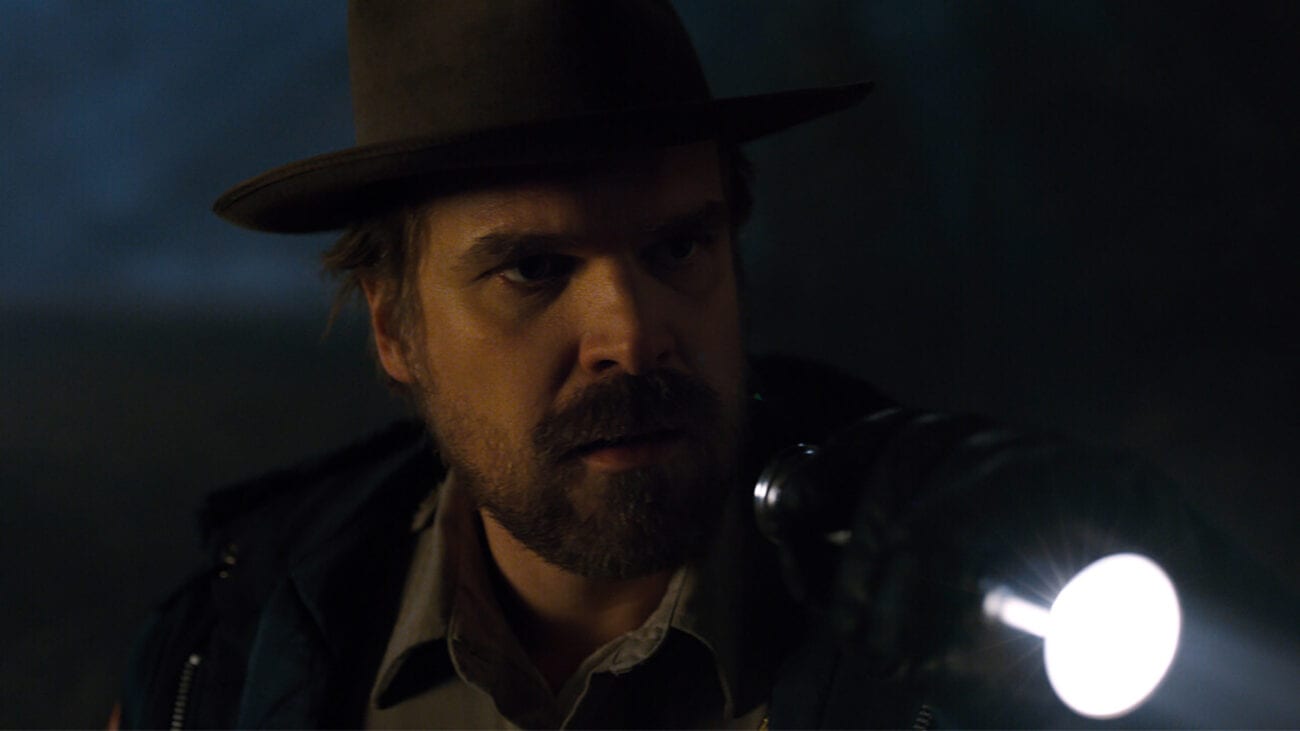 Is Hopper still alive in ‘Stranger Things’ season 4? We have the answer

Of course, this is not exactly new news – it just feels good to say it!

While it seemed that beloved Sheriff Hopper (David Harbour) was incinerated in the Stranger Things season 3 finale when Joyce (Winona Ryder) closed the gateway to the Upside Down hidden in the Russian bunker beneath the Starcourt Mall (with his approval, of course — it was the only way to ensure the safety of Eleven and the town of Hawkins), things may not have gone down the way it appeared. 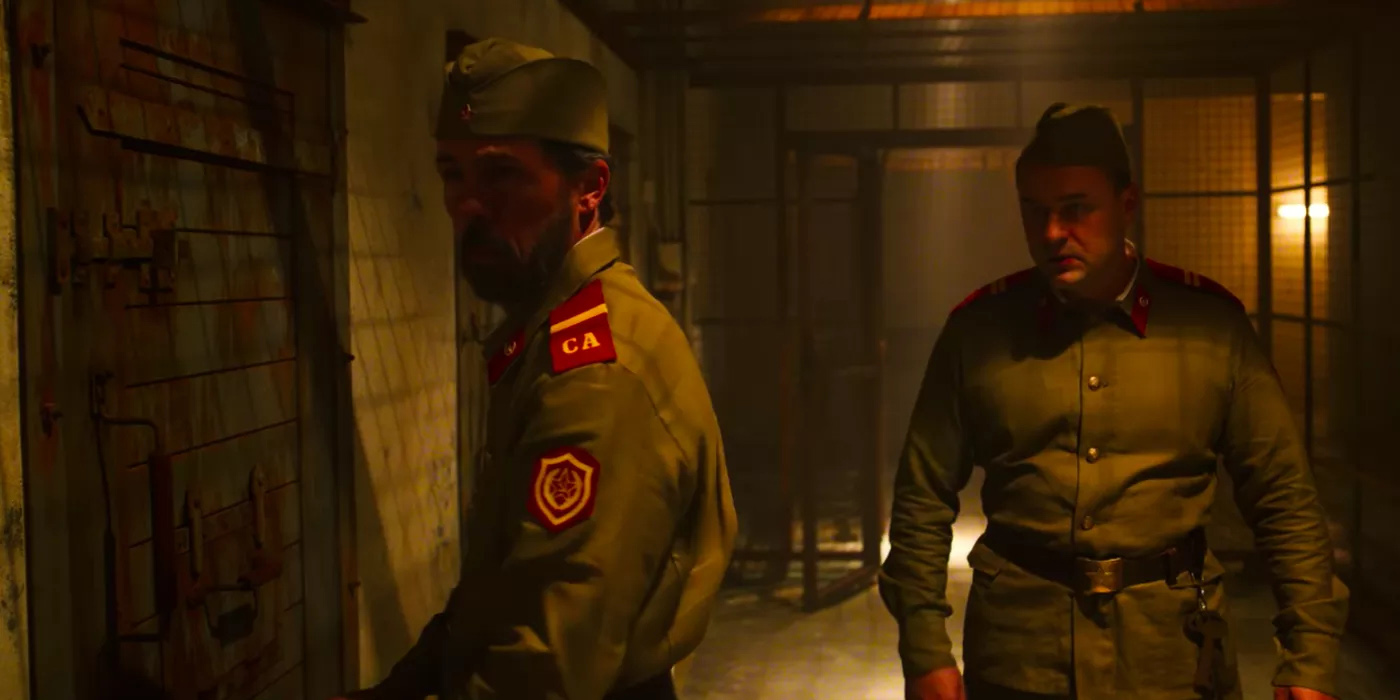 Then came a post-credit scene, where two soldiers walked by a door at the Russian facility and one of them said, “No, not the American.” It wasn’t clear who the American was, but we knew Hopper was way too smart and resourceful to go down like that.

A Stranger Things teaser released back in February 2020 began with a group of Russian prisoners working on a train track in the middle of winter. The camera then pans to reveal our favorite sheriff.

Stranger Things creators, Matt & Ross Duffer, confirmed that he’s alive but, possibly, not well.  “Although, it’s not all good news for our ‘American.’ He is imprisoned far from home in the snowy wasteland of Kamchatka, where he will face dangers both human … & other,” they said in a statement. “Meanwhile, back in the states, a new horror is beginning to surface, something long buried, something that connects everything …”

With production for Season 4 underway, the brothers Duffer added, “Season 4 is shaping up to be the biggest and most frightening season yet, and we cannot wait for everyone to see more. In the meantime — pray for our American.” 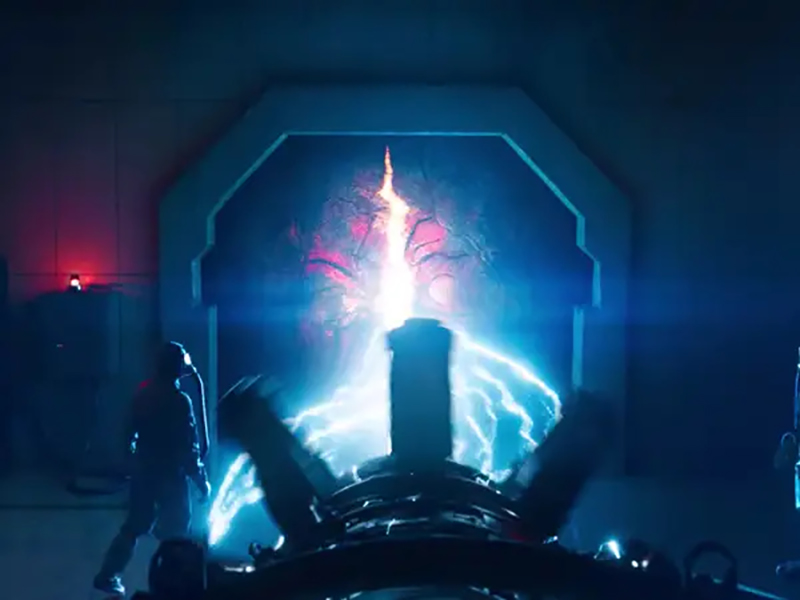 No hiding the hints

The third season finale of Netflix’s Stranger Things attempted to leave us all believing the beloved chief of police Jim Hopper had died during the effort to re-close the Gate to the Upside Down. But several important context clues, not to mention that bombshell mid-credits scene, left us believing otherwise.

Check it: Hopper threw Grigori into the energy machine, creating a fan of electricity which acted as a barrier between himself and the pathway to the enclosed laboratory. Before Joyce turned the keys and blew up the machine, we saw Hopper standing just to the left of the machine but just before the machine exploded, Hopper had suddenly disappeared, probably using the ladder leading down from the machine’s platform.

The cold open of Stranger Things season 3 showed us the melted pile of human flesh & bones left behind when the first version of the machine exploded. But when Joyce ran to look at the platform where Hopper had been standing, there was nothing – not even a collection of dust – that could possibly be Hopper’s remains. 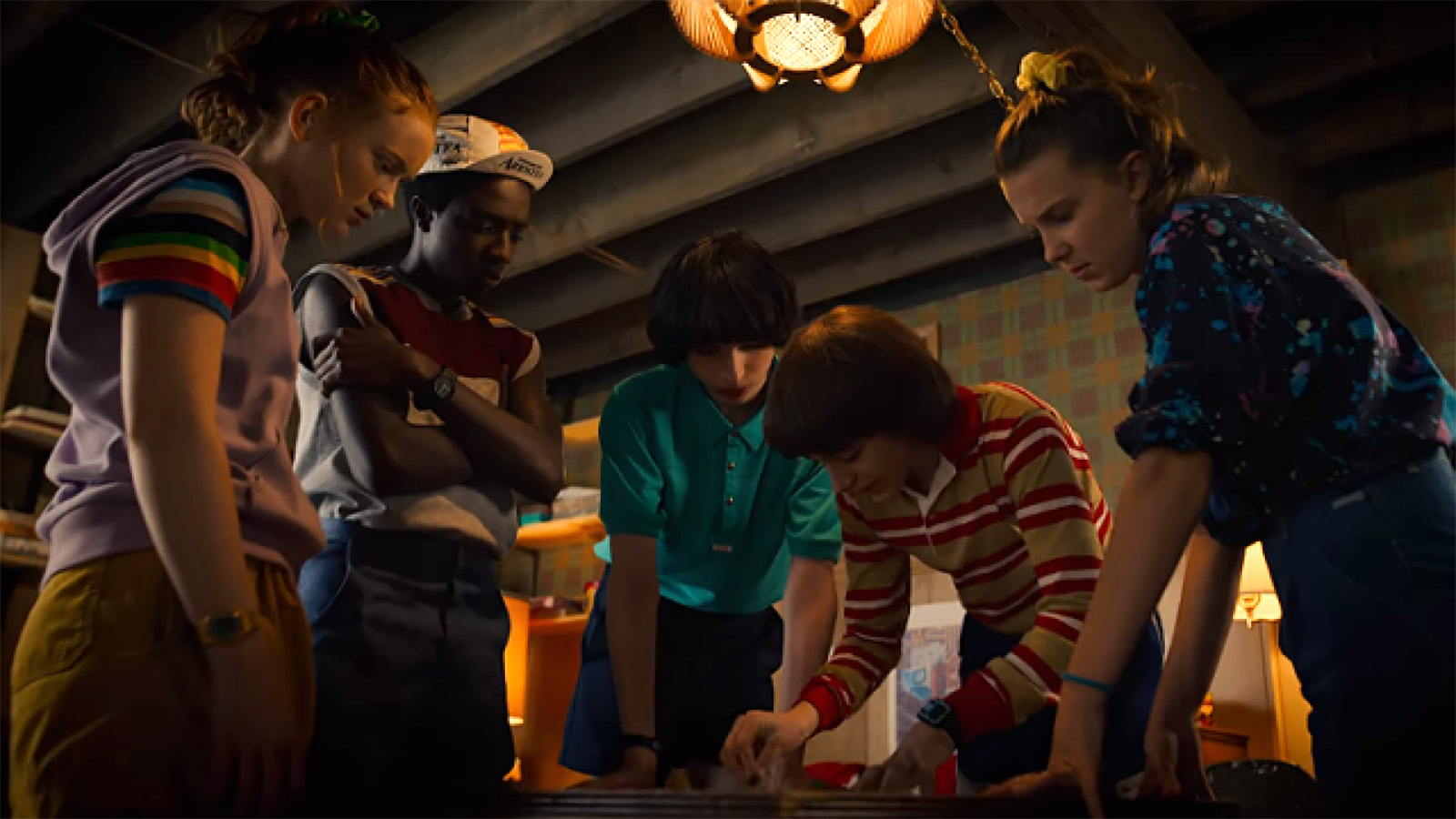 Let’s face it Stranger Things loves fake-outs. The first season not only did a fake-out with Will’s body in the quarry, but also led audiences to believe both Eleven and her “Papa” (Dr. Brenner) were dead. As we saw in the second season, neither of them had actually died.

At the end of season 3, after Eleven reads Hopper’s letter, the finale cuts to a montage of the kids all saying goodbye and Joyce packing up their house. “Heroes” by Peter Gabriel (a cover of David Bowie’s iconic song) plays over these heart-wrenching scenes.

That is the exact song which played at the end of season one, episode three, “Holly Jolly,” when the kids see Will’s “body” pulled out of the quarry water and believe he’s dead. But as we soon learned, the body was a fake & Will was very much alive.

Fear not, Stranger Things fans, season 4 will not be the last. Sure, Millie Bobby Brown may be leading new Netflix movies like Enola Holmes, but she hasn’t left the series that made her a household name behind just yet.

“Season 4 won’t be the end,” showrunner Ross Duffer told The Hollywood Reporter. “We know what the end is, and we know when it is. [The coronavirus pandemic] has given us time to look ahead, figure out what is best for the show. Starting to fill that out gave us a better idea of how long we need to tell that story.”

Just how many more seasons there will be remains to be seen. The Duffer brothers did not confirm. However, there will be more Stranger Things after season 4, thank goodness!