Trending News
HomeNewsHere’s everything we know about ‘His Dark Materials’

Here’s everything we know about ‘His Dark Materials’ 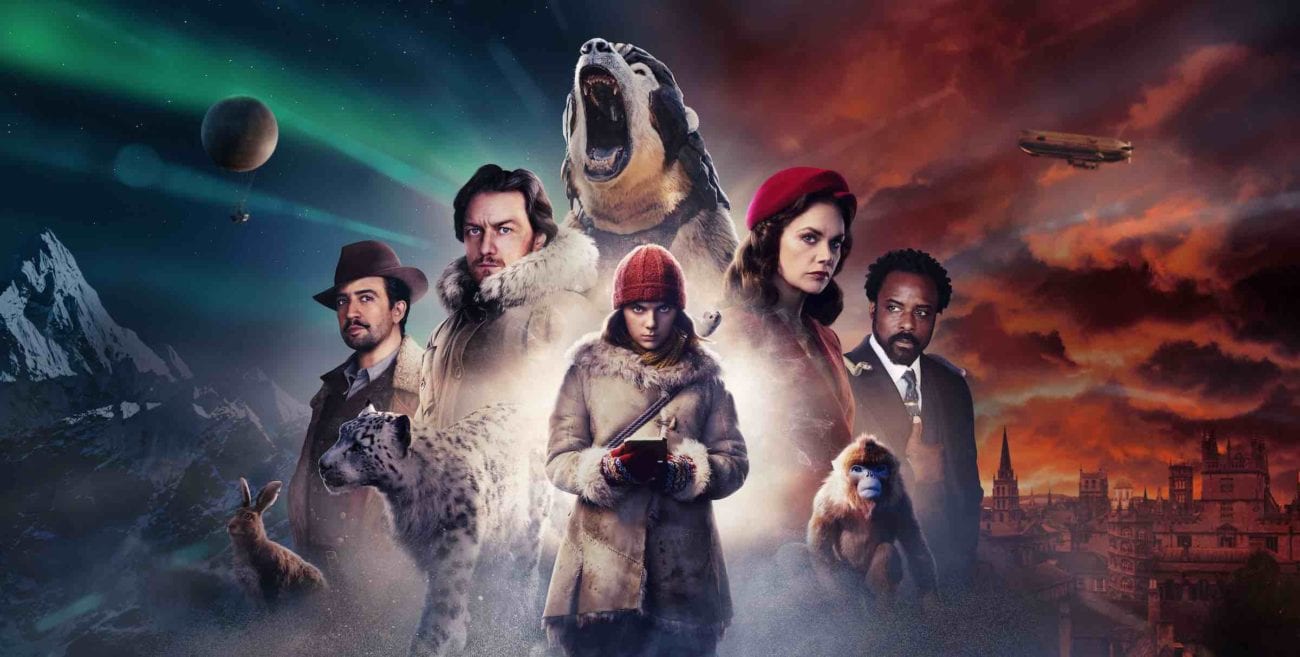 Here’s everything we know about ‘His Dark Materials’

If you were someone that had read a lot of fantasy growing up (or a lot of fanfic, for that matter), you probably stumbled across Philip Pullman’s His Dark Materials. Taking place on an alternate earth in which religion has dominated over science and where everyone has a daemon (an animal companion that is a reflection of their soul), the trilogy of Lyra Belacqua is utterly gripping. 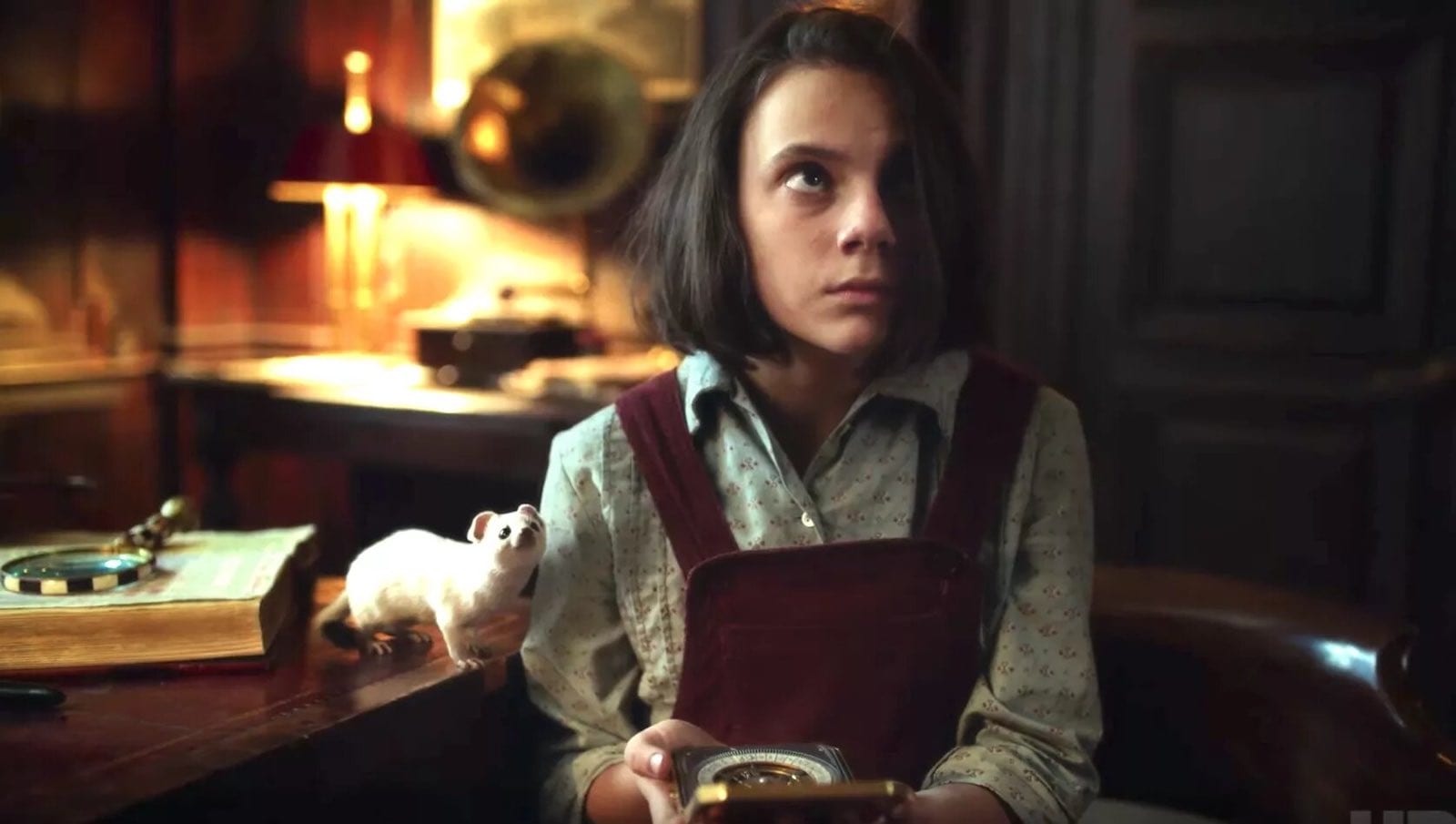 Even if you never picked up a book, the concept of daemons proved so popular that you’d be hard pressed to find a fandom without a “daemon AU”. Needless to say, it still impacts us in some pretty interesting ways. While 2007’s The Golden Compass was not a great adaptation of the series, many fans have high hopes for HBO’s His Dark Materials. 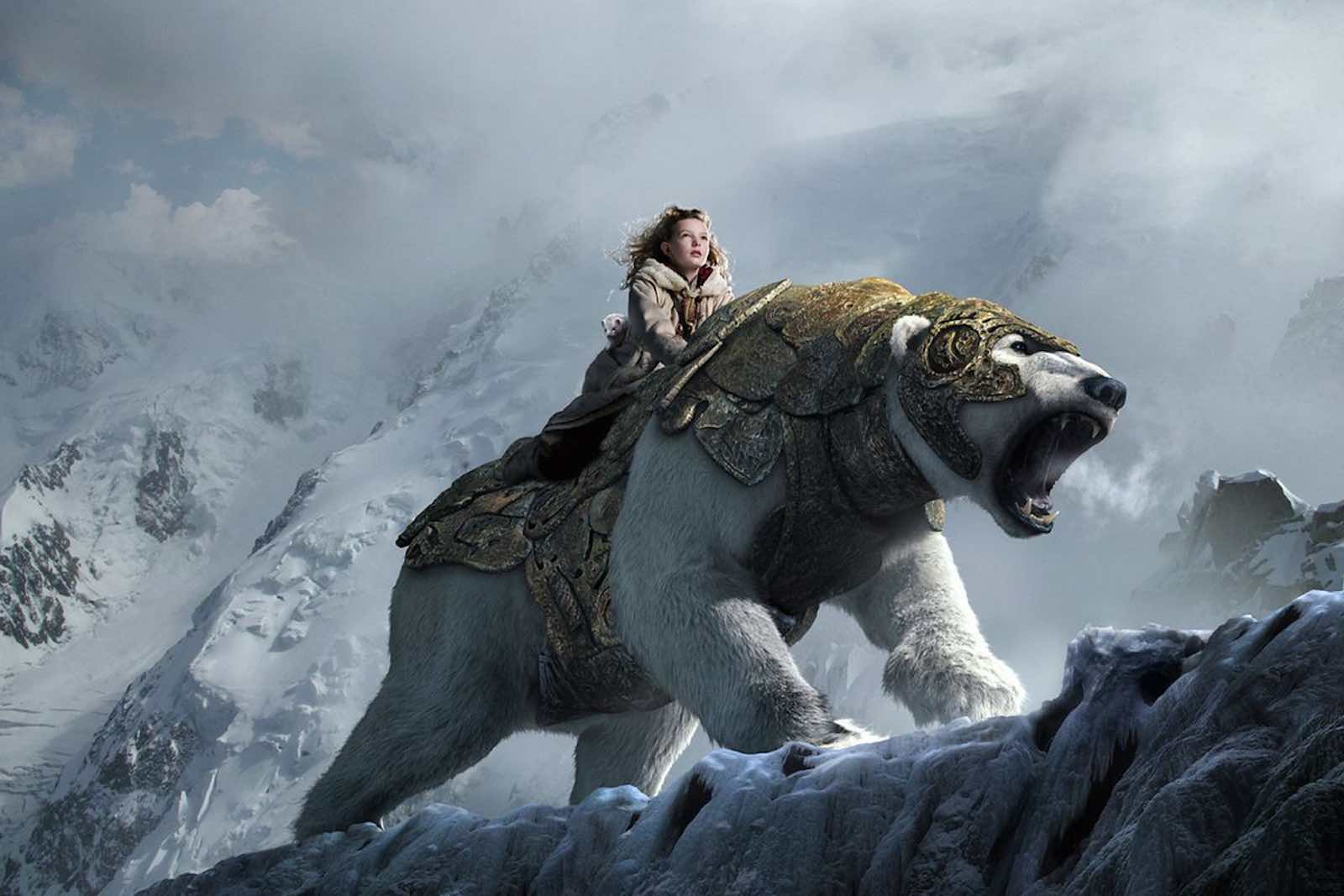 Why wouldn’t they? The cast is excellent, including such talents as Dafne Keene (Logan) as Lyra, Ruth Wilson (The Affair) as Mrs. Coulter, James McAvoy (X-Men: Dark Phoenix) as Lord Asriel, and, your fave and ours, Lin-Manuel Miranda (Hamilton) as Lee Scoresby. The daemons look real and present in the footage that we’ve seen, and the trailers are gripping.

Needless to say, we’re ready for it. Ahead of the premiere on HBO, here’s everything that we know about His Dark Materials.

All eight episodes of His Dark Materials S1 will be written by Jack Thorne (Harry Potter & the Cursed Child), who has been adapting the book for TV for years. It’s a co-production between the BBC and HBO. The series actually airs the episodes on BBC One on Sundays in the UK, with HBO airing the episodes on Mondays in the U.S.

His Dark Materials has already been renewed for a second season, which will also have eight episodes. This is due to the fact that, well, children grow up and the producers want to make sure their actors don’t outgrow their roles. Filming for that second season is already underway. 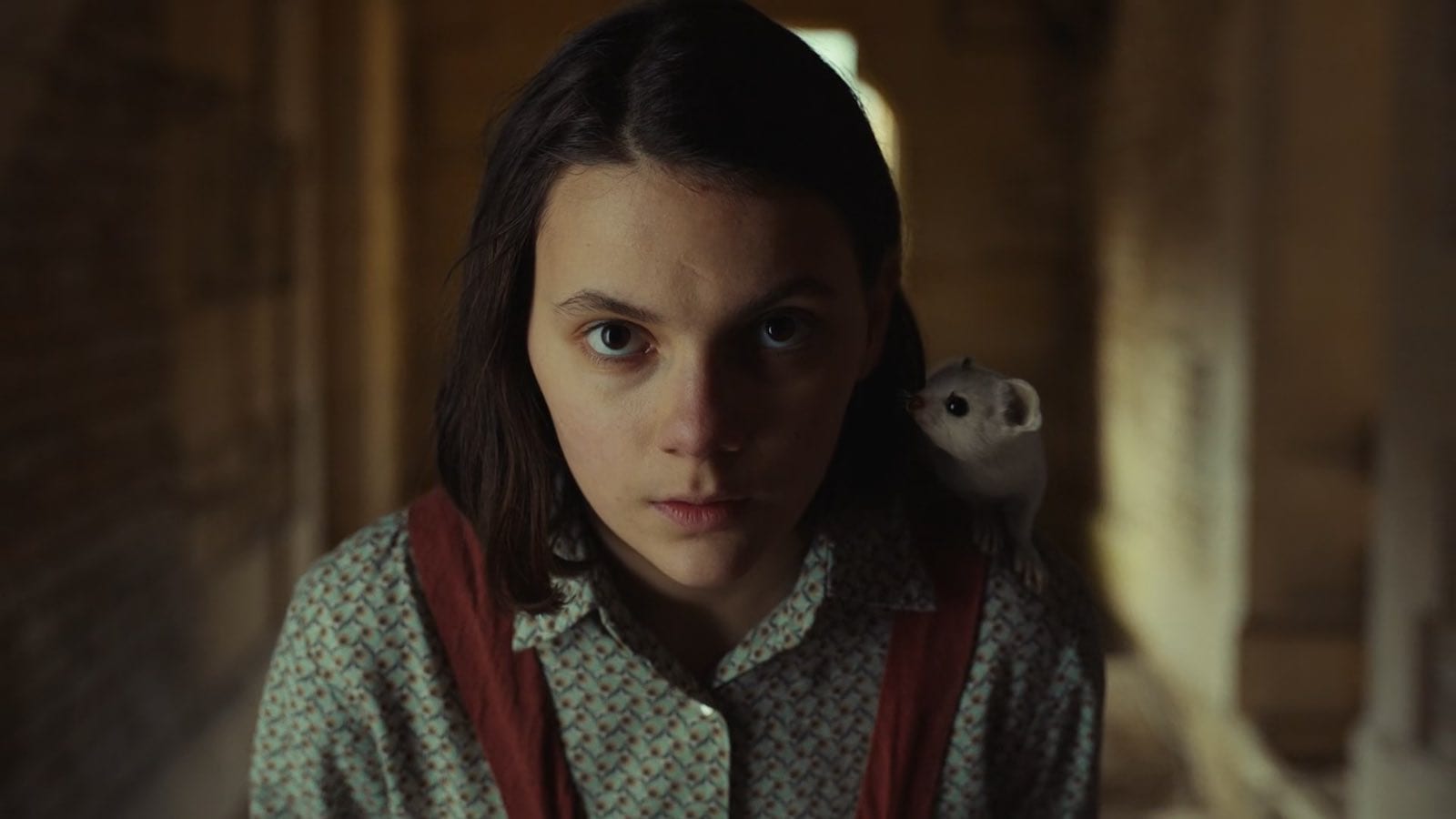 The series currently holds an 84% on Rotten Tomatoes for its first season. Critics have praised the visuals and the performances of the cast, but find it missing something to put it over the top.

Even with that missing piece, they still consider it an excellent adaptation of the series from Philip Pullman. Also, it’s not The Golden Compass. That’s a huge point in its favor. 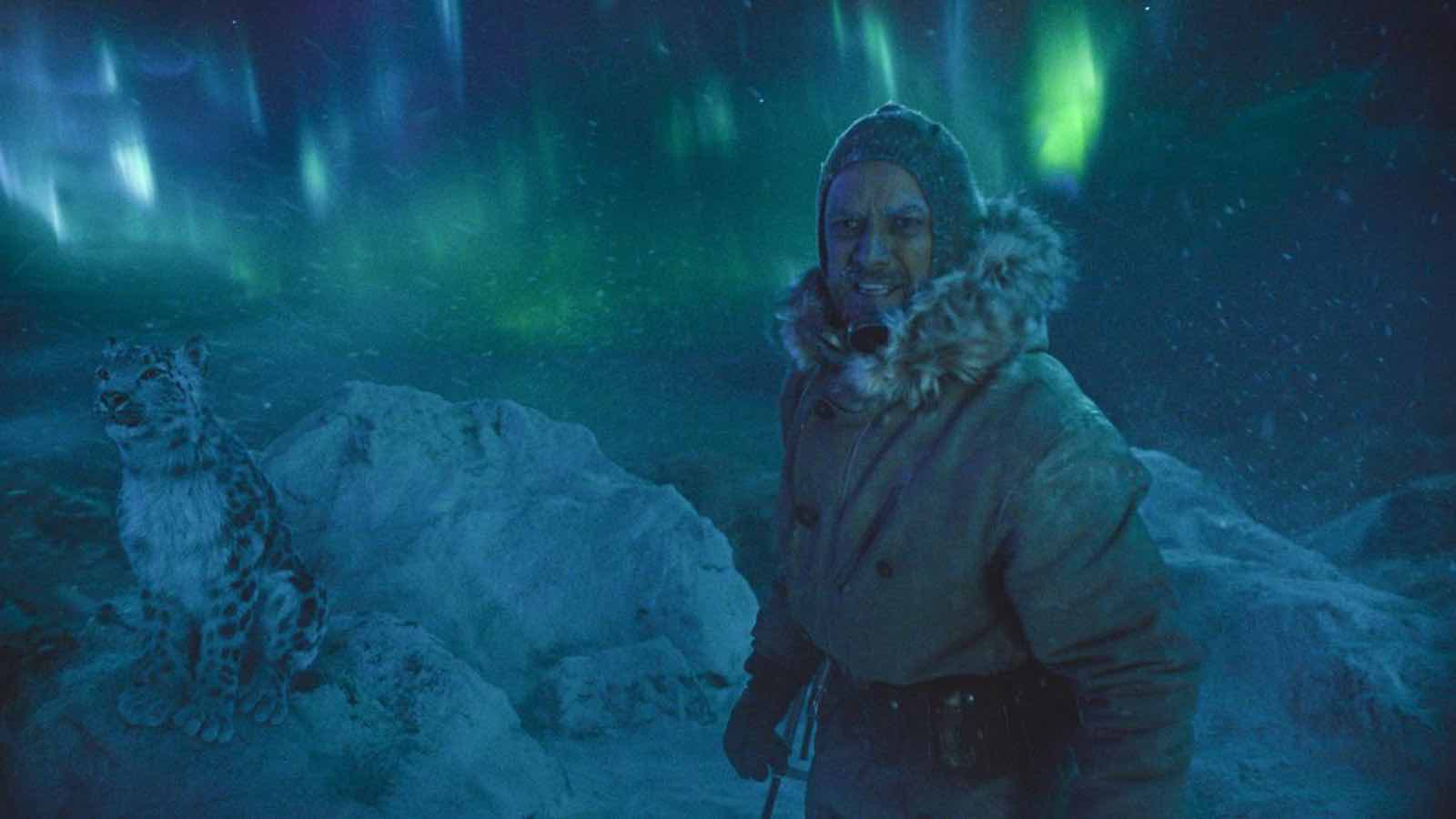 “That’s not to say there’s nothing to recommend this version of His Dark Materials—it’s brilliantly designed, expertly cast, and often technically splendid, with several sequences either dazzlingly or horrifyingly effective.”
—Allison Shoemaker, RogerEbert.com 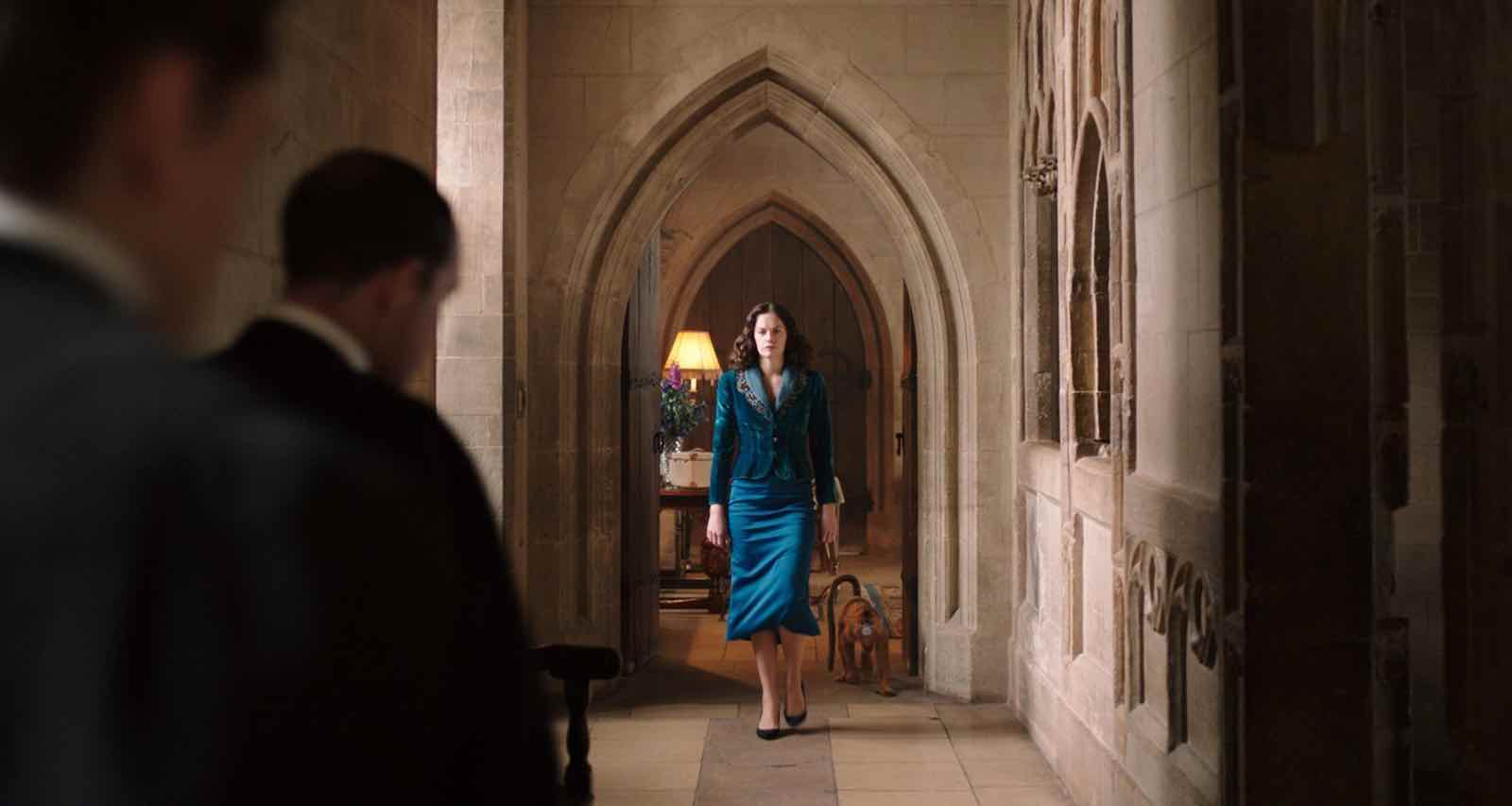 “Standouts in the cast include Ruth Wilson, the picture of ’40s-noir cool as Mrs. Coulter, a Magisterium agent with an intimately antagonistic connection to Lyra. (Lin-Manuel Miranda, as a rustic Texan aeronaut, is amusing if not exactly persuasively cowboyish.) But the power source of Materials is Keen, an adrenaline shot in a sometimes over-stately production.”
—James Ponlewozlk, The New York Times

“What never fully worked for me in the four episodes (out of the eight-episode first season) sent to critics is the necessary feeling of narrative and thematic momentum. It’s vastly better than the movie, but neither fun nor smart enough to quite succeed.”
—Dan Flenberg, The Hollywood Reporter 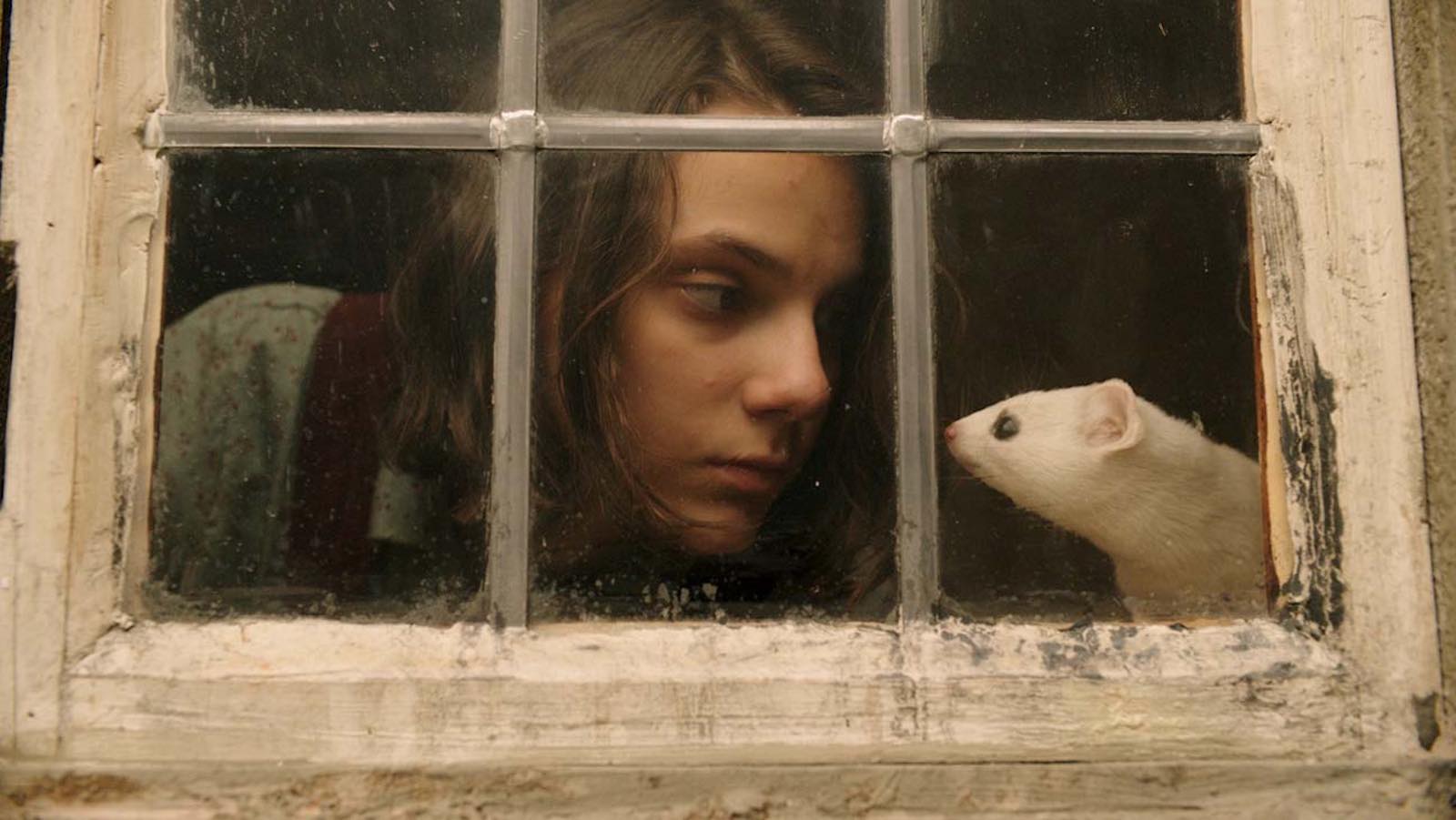 “One of the pleasures of Pullman’s work was that starting small meant every development and expansion in scope felt exponentially important. Here, it’s all simply pieces presented with equal weight to be integrated eventually along with other pieces, losing that feeling of dangerous, unexpected discovery almost entirely.”
—Zack Handlen, The A.V. Club

For the most part, critics do like His Dark Materials, which is “Certified Fresh” on Rotten Tomatoes. The issue seems to be that in trying to adapt the book to the screen in a way that will be appealing to old and new viewers, something is lost along the way. That’s always a danger in adaptation. Hopefully, this is something that will grow with time once both cast and crew have fully settled into the world. 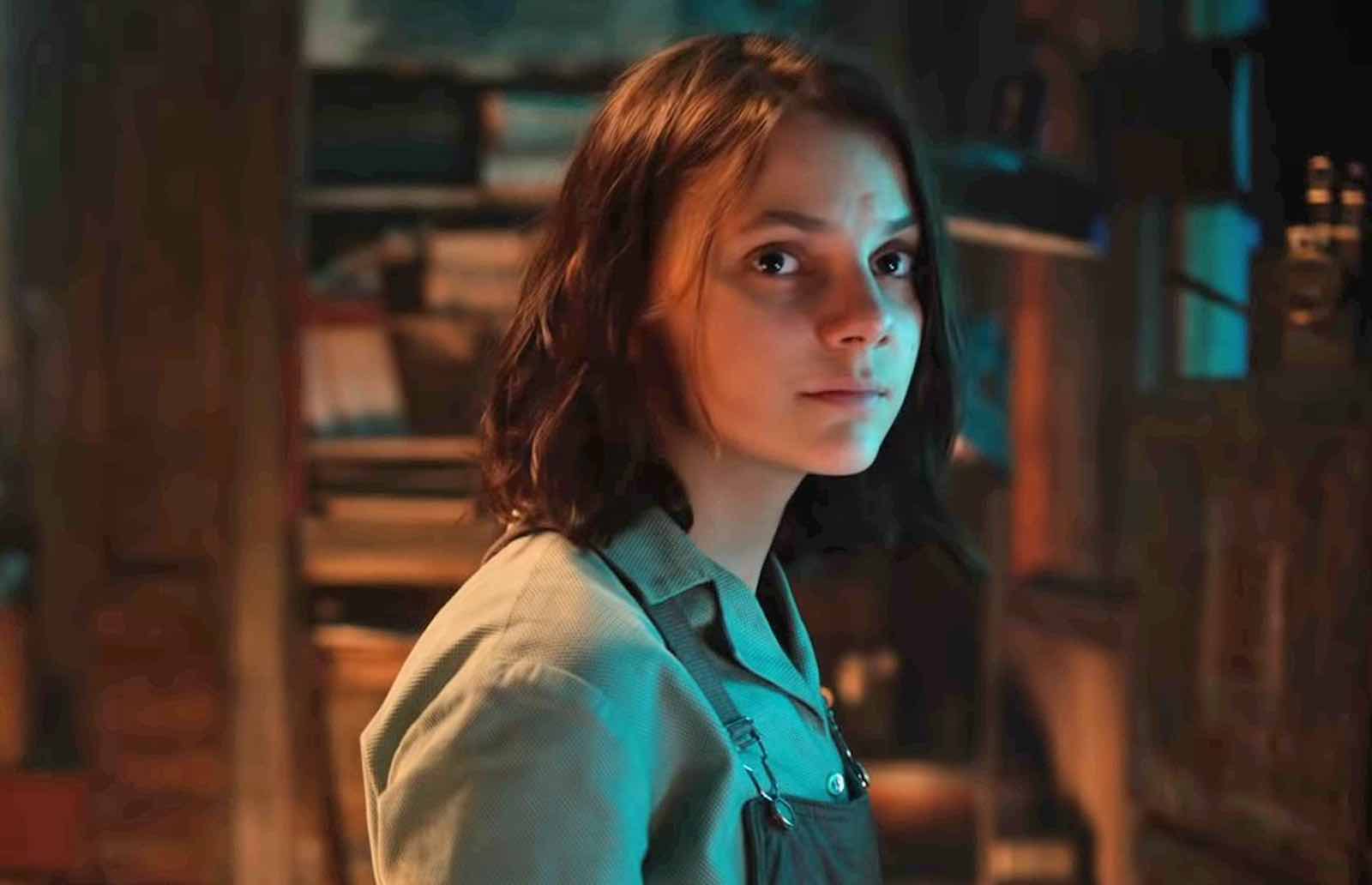 For those who read the book series, this is not that surprising. The book series reflects a lot of Pullman’s religious (or anti-religious) views. He’s an atheist and His Dark Materials gets into those views (especially in the second and third books). He’s been accused of having an anti-Christian bias.

The trilogy are one of the more consistently banned books in U.S. schools, especially those with a religious affiliation. Some of the books were even edited in the U.S., especially The Amber Spyglass. In it, there’s a heavy implication of sex between young teenagers Lyra and Will. That was edited in light of a more conservative readership. 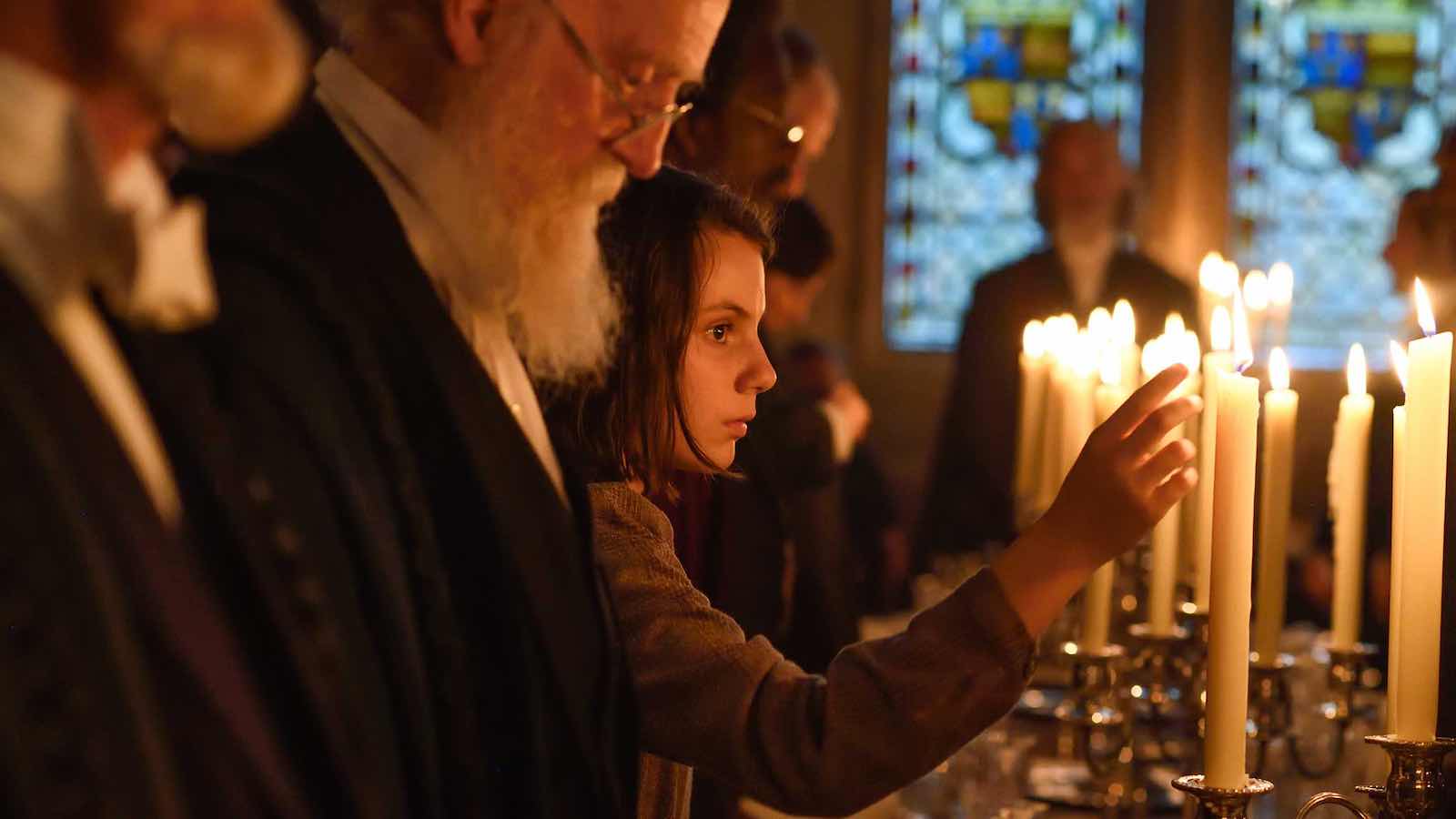 As the series will definitely get into these things, we’re certain it will stir those old arguments up yet again. The behind-the-scenes team seems to understand that this sort of controversy may be incoming. They’ve tried to head it off at the pass.

Executive producer Jane Tratner described their viewpoint at SDCC 2019. “The religious controversy that was around the film was not relevant to the books themselves . . . Philip Pullman talks about depression, the control of information and the falsification of information . . . . There is no direct contrast with any contemporary religious organization.” 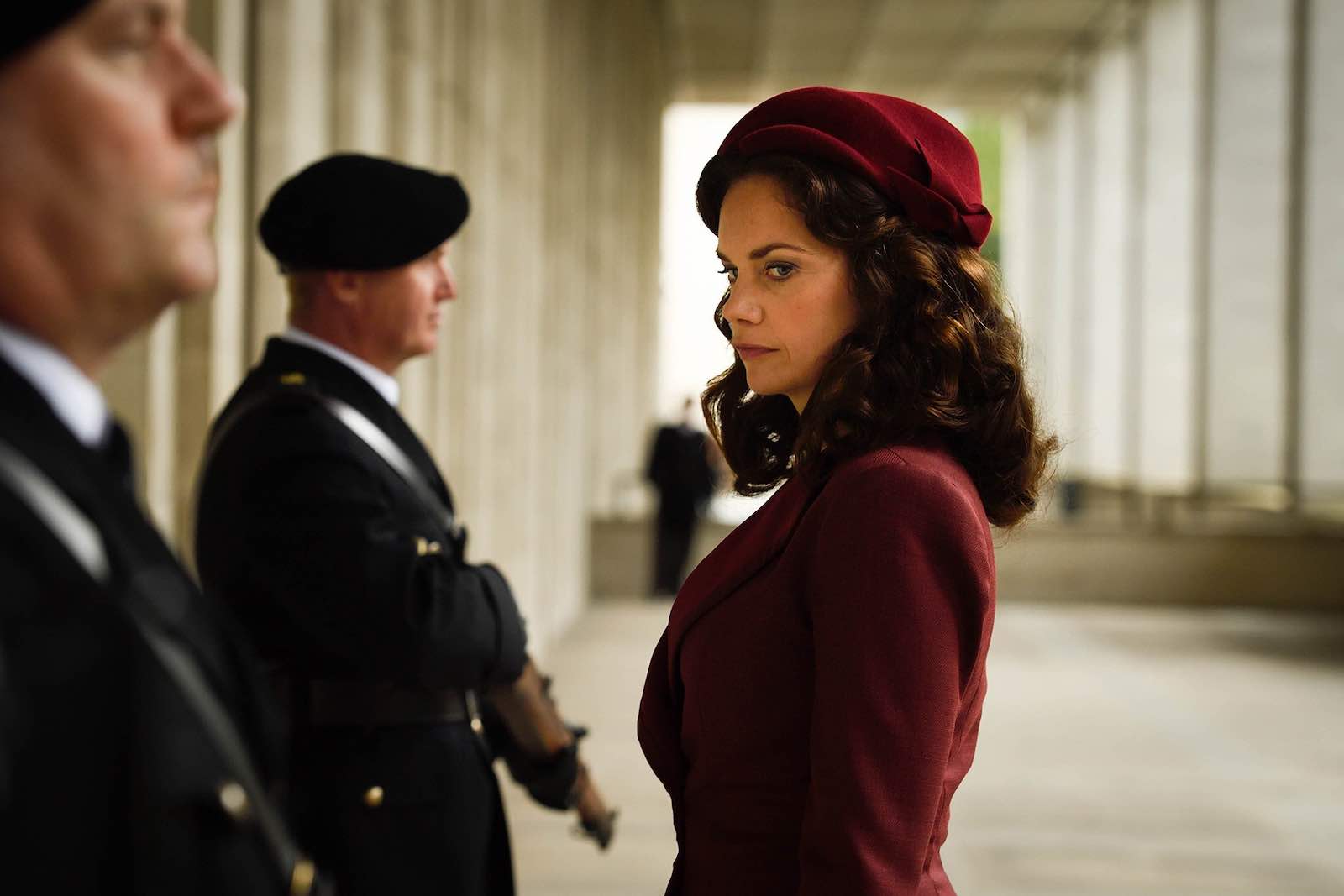 People who love the material are working on it.

Generally, you would want the people involved with a project to genuinely love the source material. Believe it or not, sometimes that doesn’t happen. Everyone involved with His Dark Materials seems to hold fond feelings and affection for the book series. It’s clear in the meticulous attention to detail that is largely praised in the show’s reviews that these are people who love what they’re adapting. 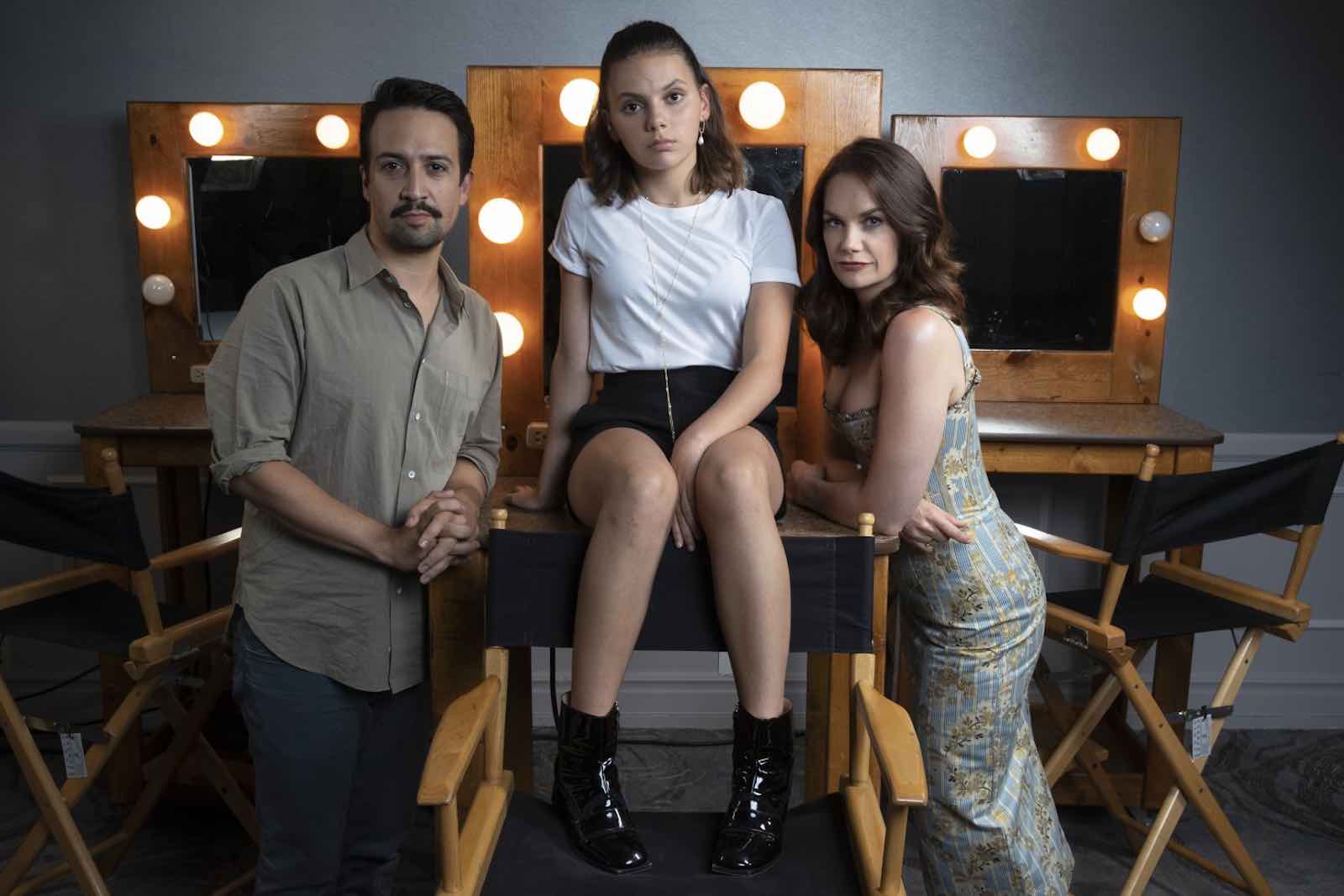 In the case of Lin-Manuel Miranda, he fell in love with his wife while they were both reading the book series. Needless to say, his involvement on the project is extra special. He recalled to Entertainment Weekly, “My wife and I read the books together.”

In fact, he loved working on the series so much that he considered it more a “holiday” than a job. Isn’t that kind of joy you want to have in your work? Lin-Manuel Miranda is an endless beacon of sunshine.

The title sequence is one of the prettiest to happen in a long time. 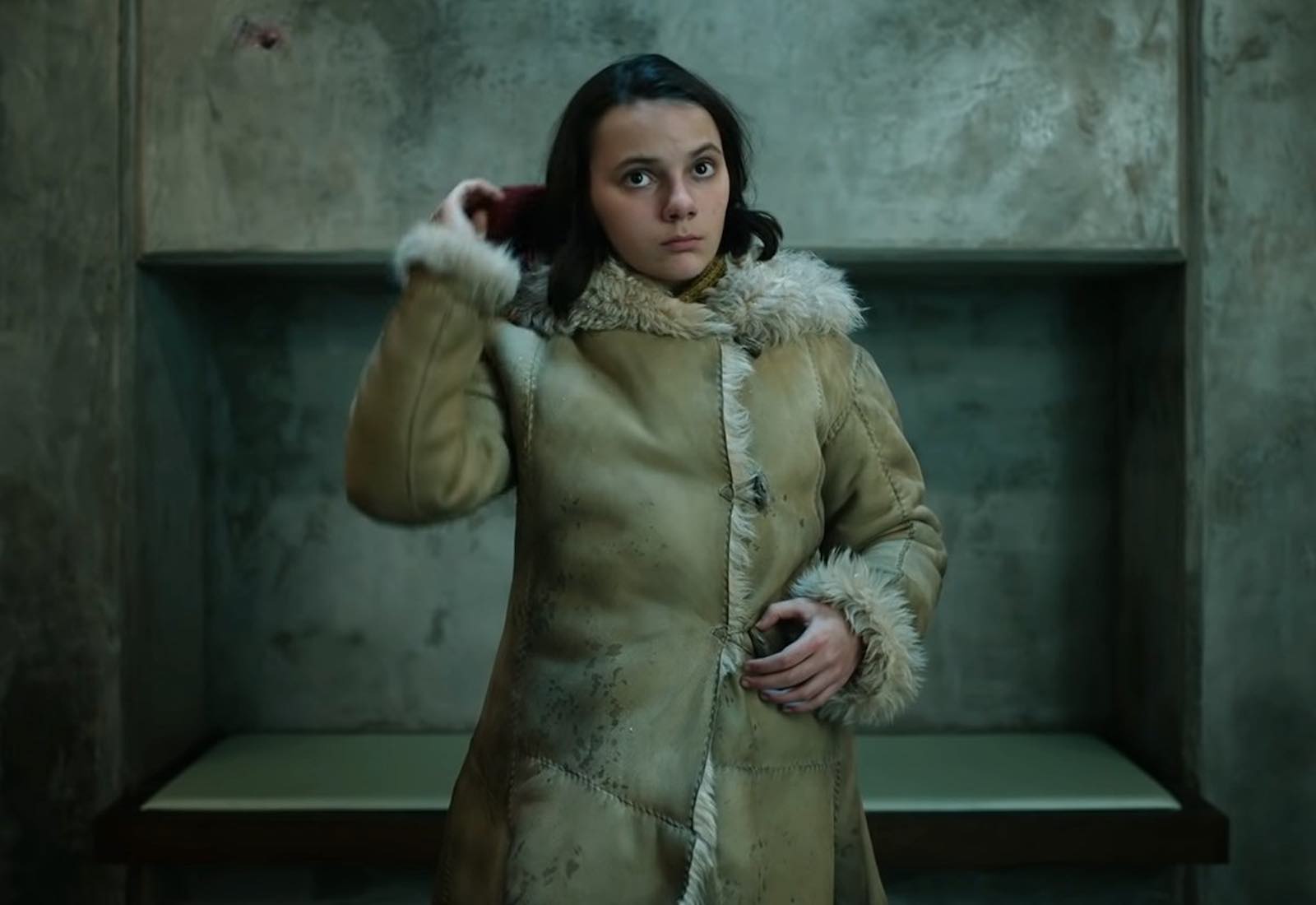 There is an art to the title sequence that not many really appreciate. In most television, you won’t see them at all. In streaming and some cable, there does seem to be an appreciation for a good title sequence.

The titles for His Dark Materials are some of the best to come around in a long time. It begins with the all-important yet mysterious Dust, which comprises all things in existence. It then goes into the alethiometer which turns to Lyra which turns to the subtle knife followed by the amber spyglass. 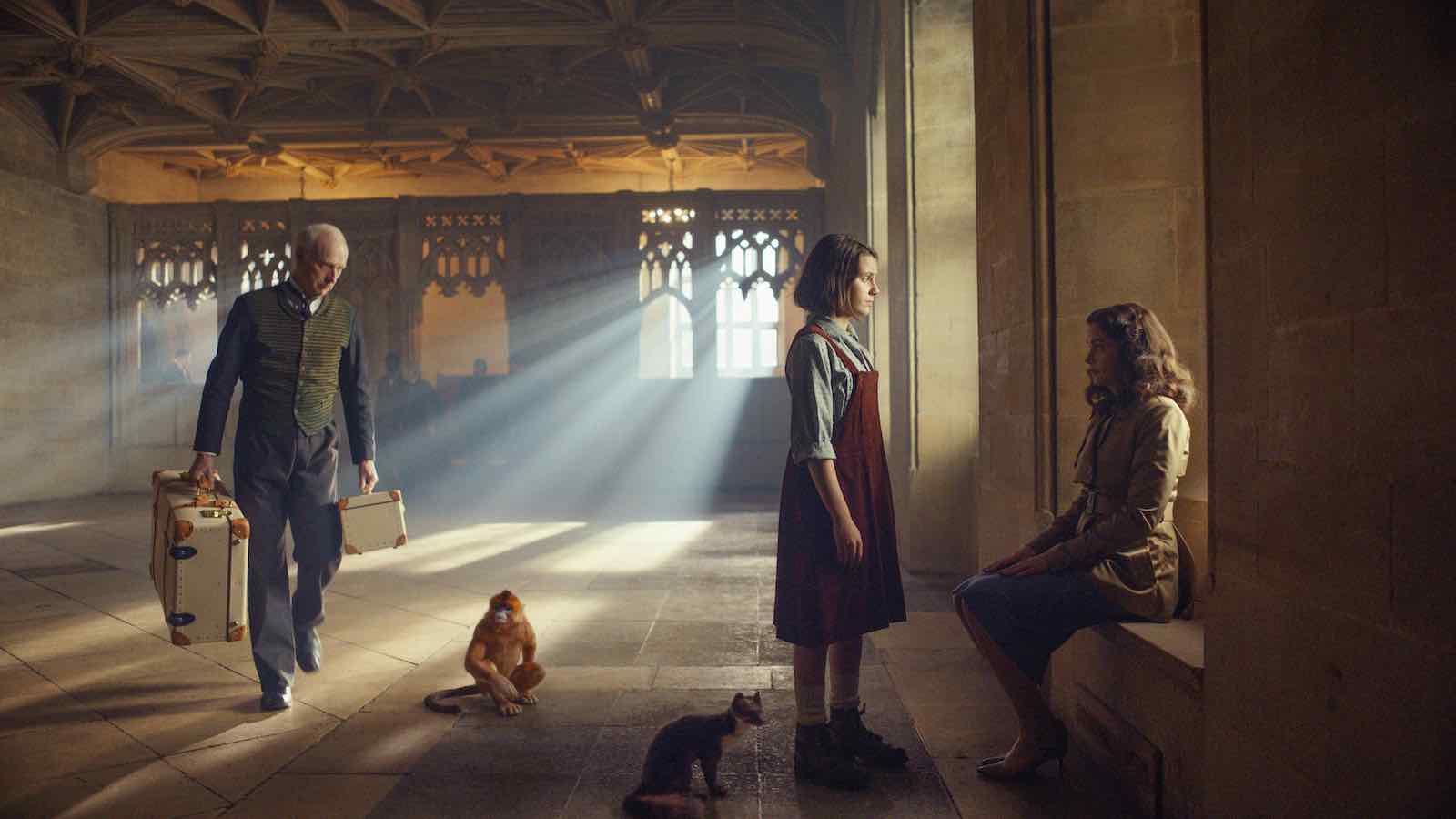 After that, we just see more and more of the world until Lyra and Will Parry (Amir Wilson) appear on opposite M.C. Escher stairs, symbolizing their separate worlds. We see the separate worlds and all the others before it turns into a golden thread of Dust. It oozes with meaning and looks gorgeous, making it one of the best title sequences we’ve seen in a long while. 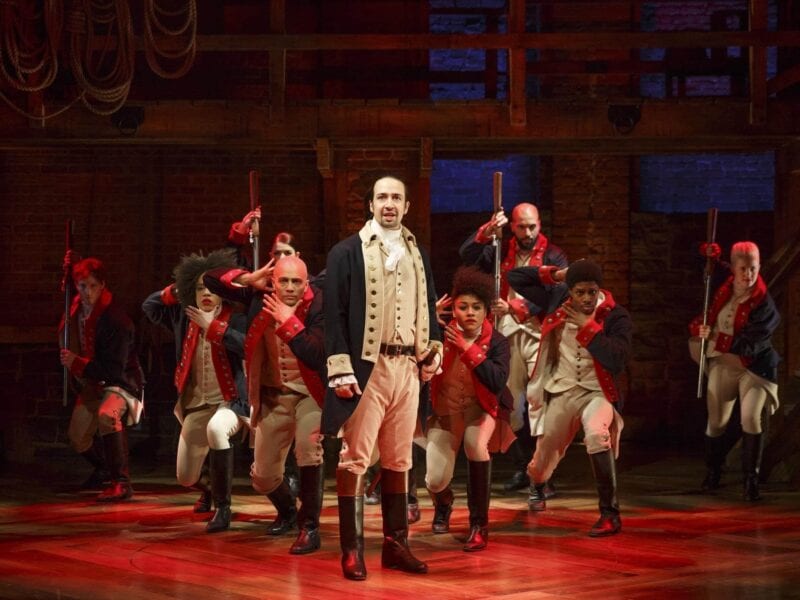 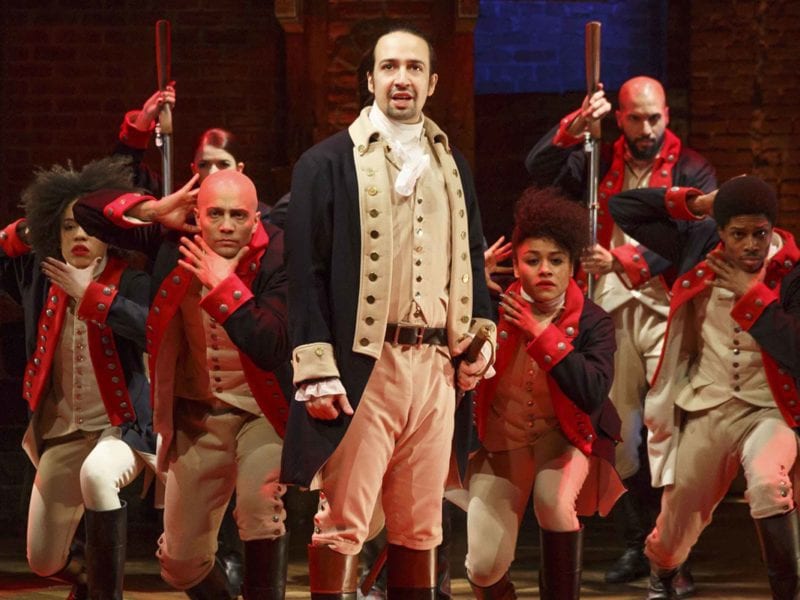 Everything we want to see in Disney’s ‘Hamilton’ musical film 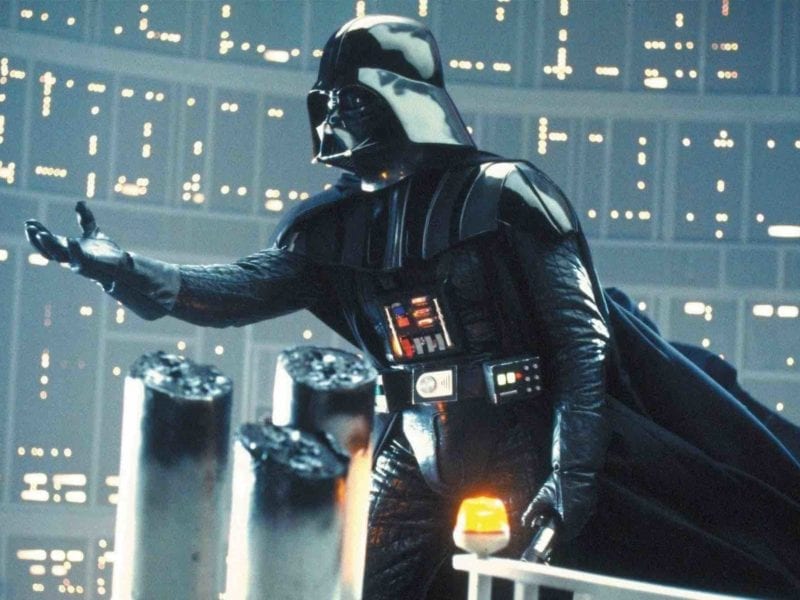