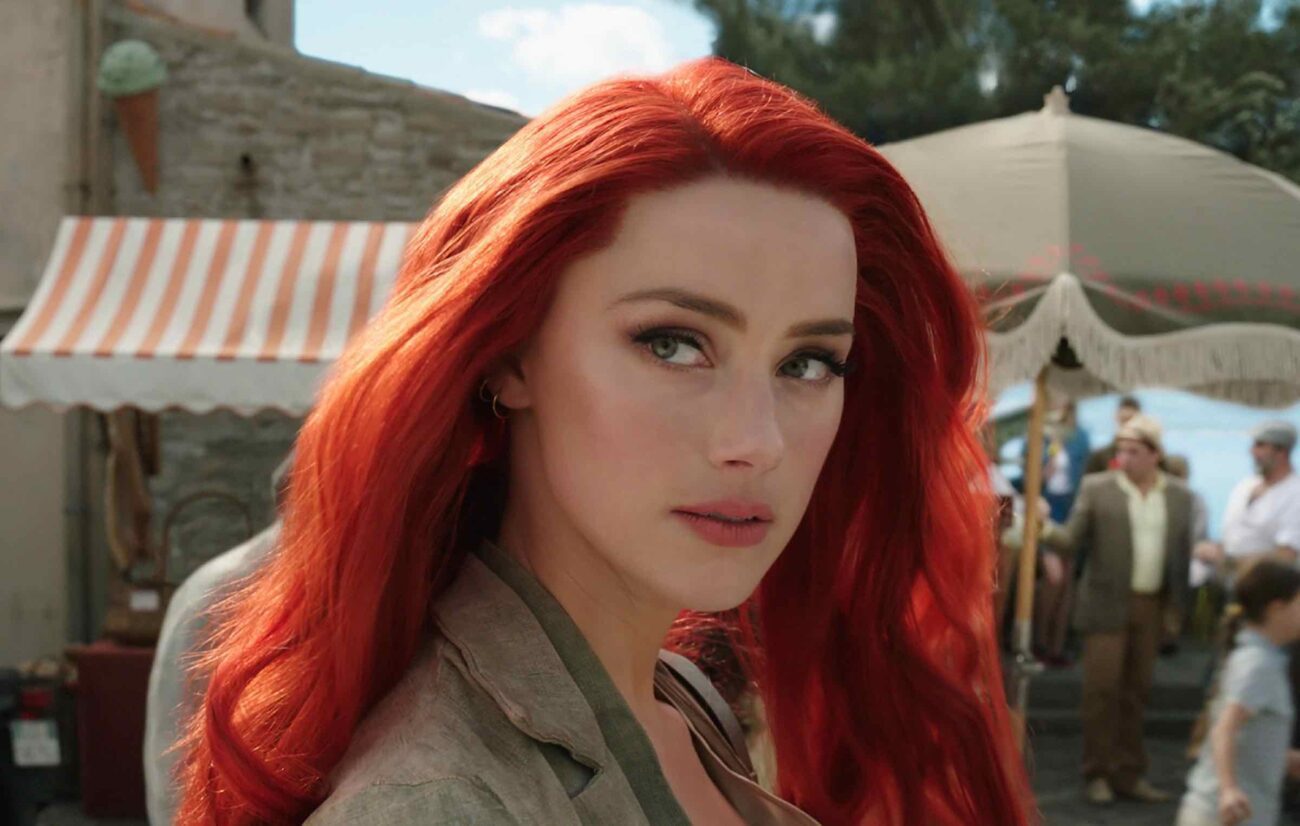 In the midst of an intense defamation trial against her ex-husband Johnny Depp, actress Amber Heard may now have to worry about the future of her career in movies. According to a film journalist, the thirty-six-year-old Heard will apparently only be on-screen for a total of ten minutes in the upcoming Aquaman sequel.

Amber stars as Princess Mera in the DC cinematic universe, yet thanks to her involvement in the multi-million-dollar defamation trial, many want her out of the franchise. An online petition calling for Amber heard to be removed from the Aquaman movies recently reached over two million signatures, which many believe resulted in her reduced screen time.

Writer Grace Randolph, who’s known to break news stories on comic book movies, was the one to get the scoop. The reduction of Heard’s presence in the film could also be a result of the trial with Depp. However, there’s a possibility that Amber was being phased out of the movies before this legal turmoil began. So, what does this mean for Amber Heard going forward? 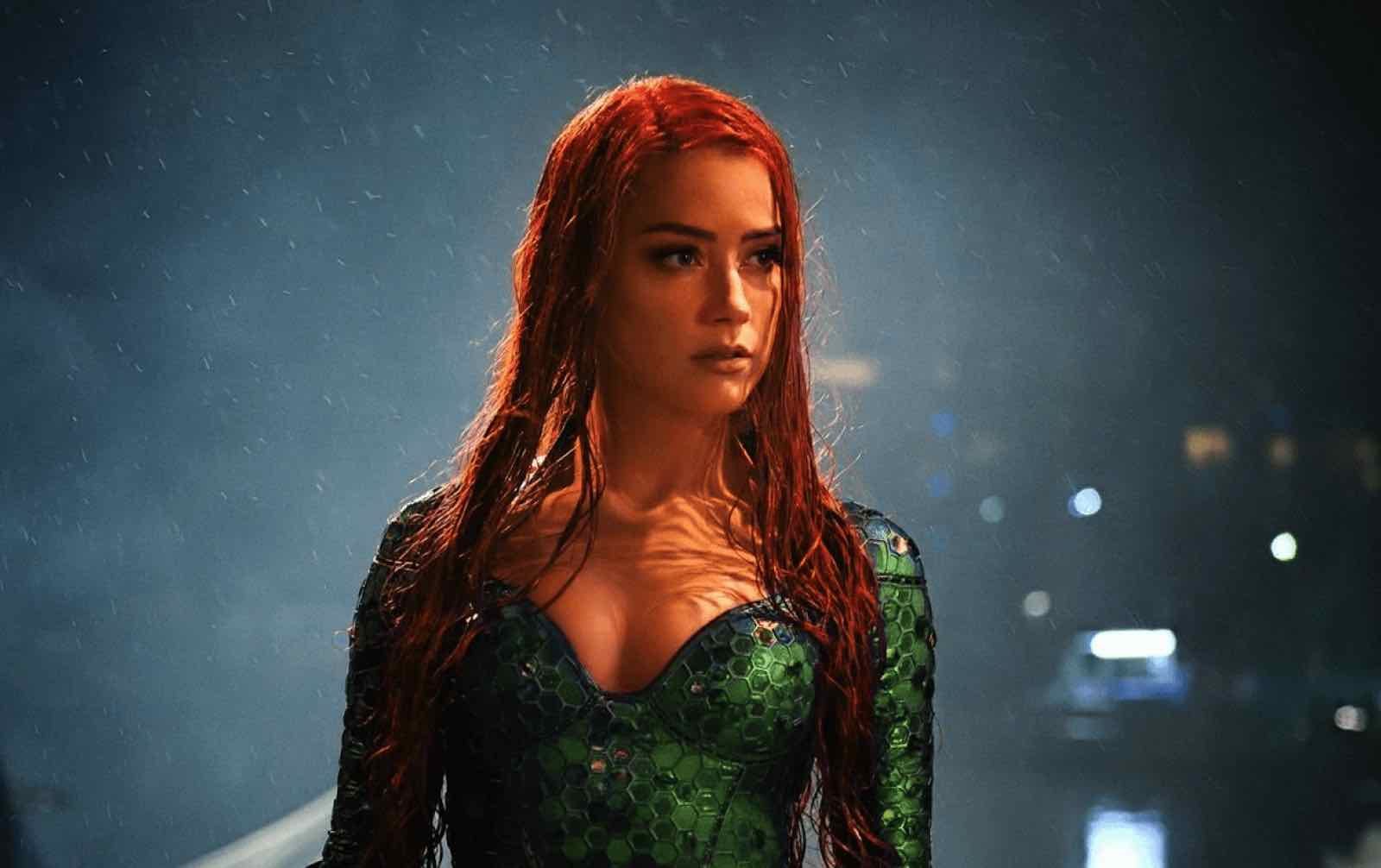 Heard but not seen

The DC sequel, Aquaman and the Lost Kingdom, isn’t due to come out until March 2023. This could potentially mean that Heard’s screen time could vary based on the film’s different cuts. But if almost a year out we’re getting reports of a screen presence that small, things aren’t looking good for Amber Heard at the moment.

Fans originally created the petition against Heard’s involvement in the Aquaman movies because of claims that she abused Johnny Depp when they were married. Amber Heard isn’t the only party in the defamation trial whose career is suffering due to domestic abuse allegations. Her ex-husband Johnny Depp is feeling the pain as well.

Disney released Johnny Depp from the fifth film in the Pirates of the Caribbean series after Amber Heard spoke out about his alleged domestic abuse. Just this week, Johnny Depp told the court that he was shocked when Disney canned him from the popular franchise just four days after The Washington Post published an op-ed by Heard. 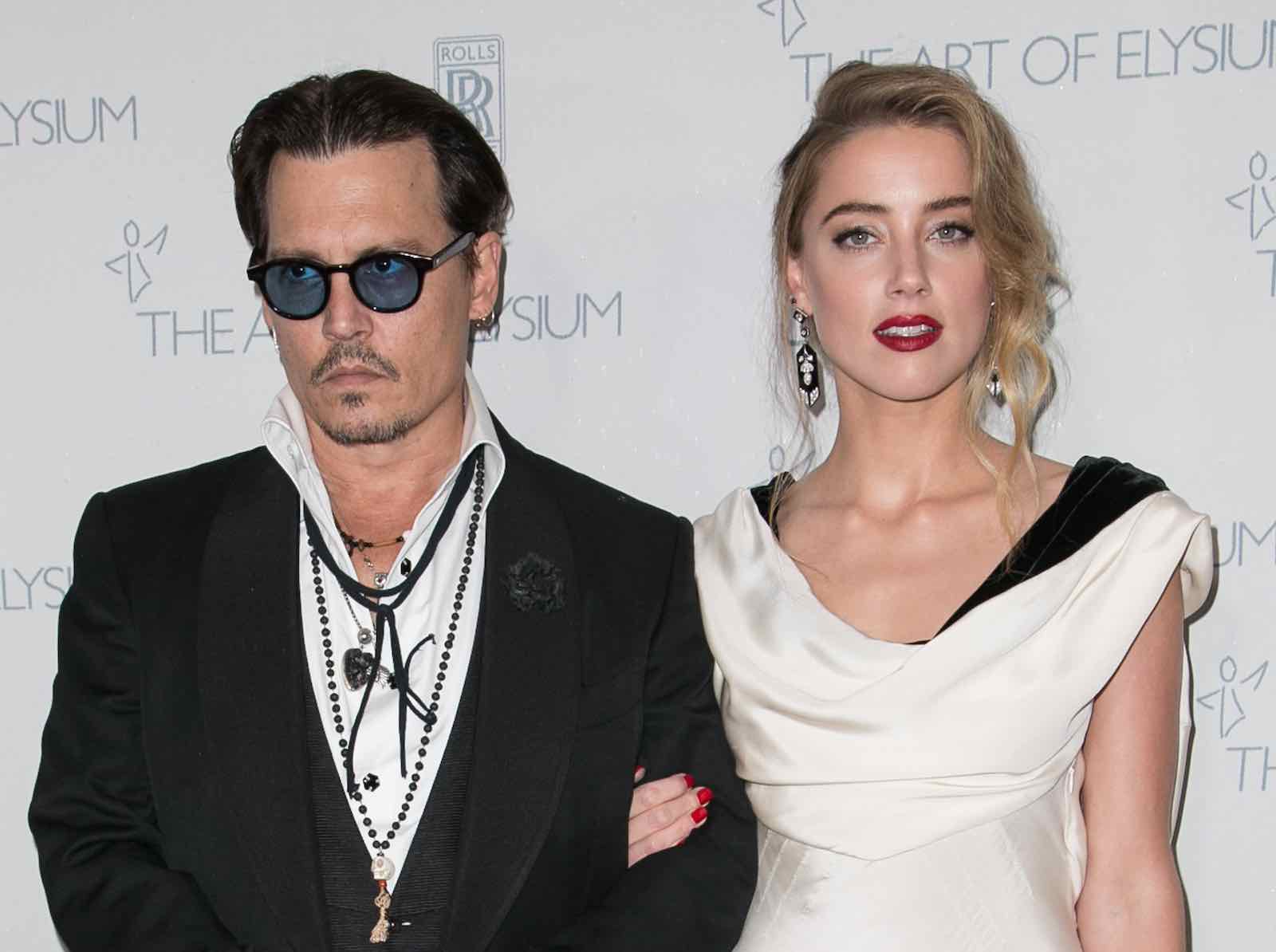 In the article, Amber claimed to be a victim of domestic abuse, yet didn’t mention Depp directly. As there are allegations of abuse by both sides, it’s unclear what the truth is. Jeanne Larson, who started the petition against Heard, said, “Amber Heard has been exposed as a domestic abuser by Johnny Depp.” 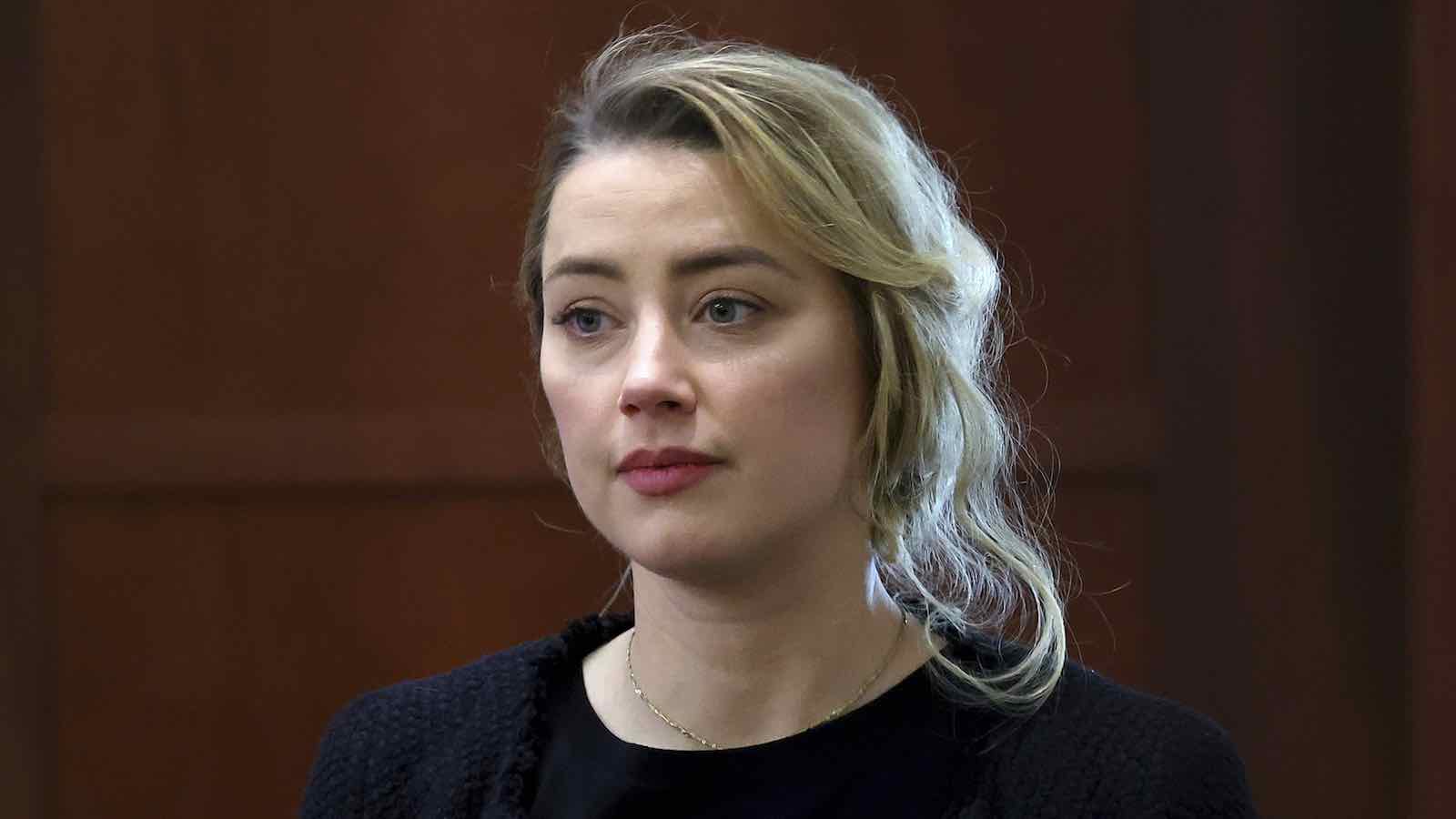 Does Amber Heard have a future in Hollywood?

Larson claimed that removing Heard from the Aquaman movies would prevent glamorizing domestic abuse. Larson went on to say, “In his lawsuit, Johnny Depp describes many incidents of domestic abuse that he suffered at the hands of his (then) wife Amber Heard, including one incident where she punched him twice in the face.”

Larson mentioned another incident, “where she shattered his finger with a vodka bottle, and his finger had to be surgically reattached.” She said that Depp, “will bear the scar from that for the rest of his life.” Larson continued, “Also, Amber Heard was arrested in 2009 for abusing a former domestic partner, Tasya Van Ree, demonstrating a repeated pattern of abuse by Amber Heard.”

Larson wrote in the petition, “Since Heard’s divorce from Johnny Depp, she has systematically crusaded to ruin Depp in Hollywood.” Larson claimed that Heard is guilty of, “repeating multiple accounts of fake incidents in which she had actually abused Johnny Depp, but lied and created false accounts of him being the abuser.” 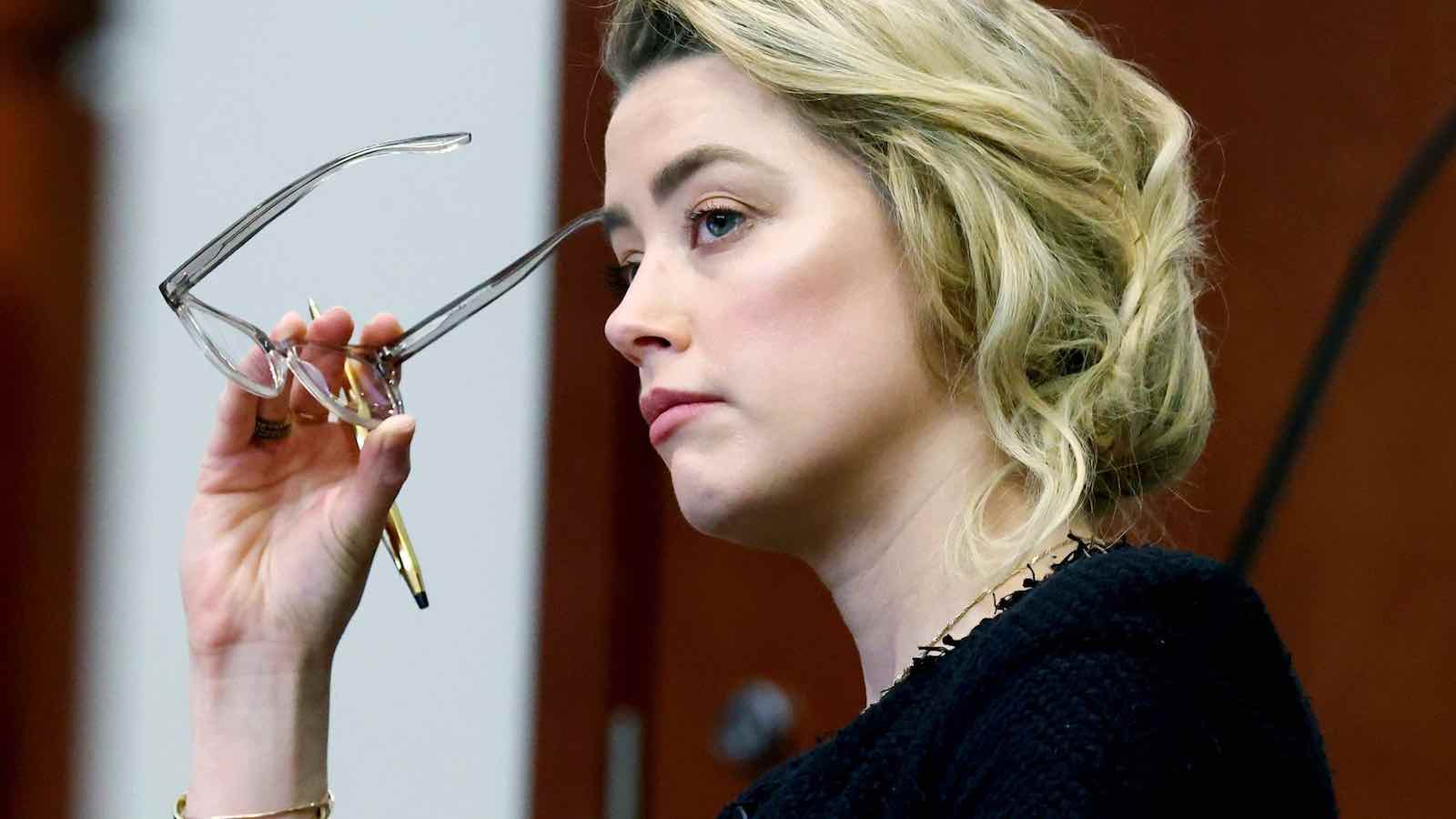 Larson said that the team behind the Aquaman movies, “must not ignore the suffering of Heard’s victims, and must not glamorize a domestic abuser.” Larson concluded that “Men are victims of domestic abuse, just like women. This must be recognized, and action must be taken to prevent a known abuser from being celebrated within the entertainment industry.”

Amber Heard’s screen time in Aquaman and the Lost Kingdom has apparently been shortened to around ten minutes. This could be a result of abuse allegations against Heard, or her involvement in a defamation trial against her ex-husband Johnny Depp. Who would you pick to replace Amber Heard in the Aquaman movies? Let us know in the comments!