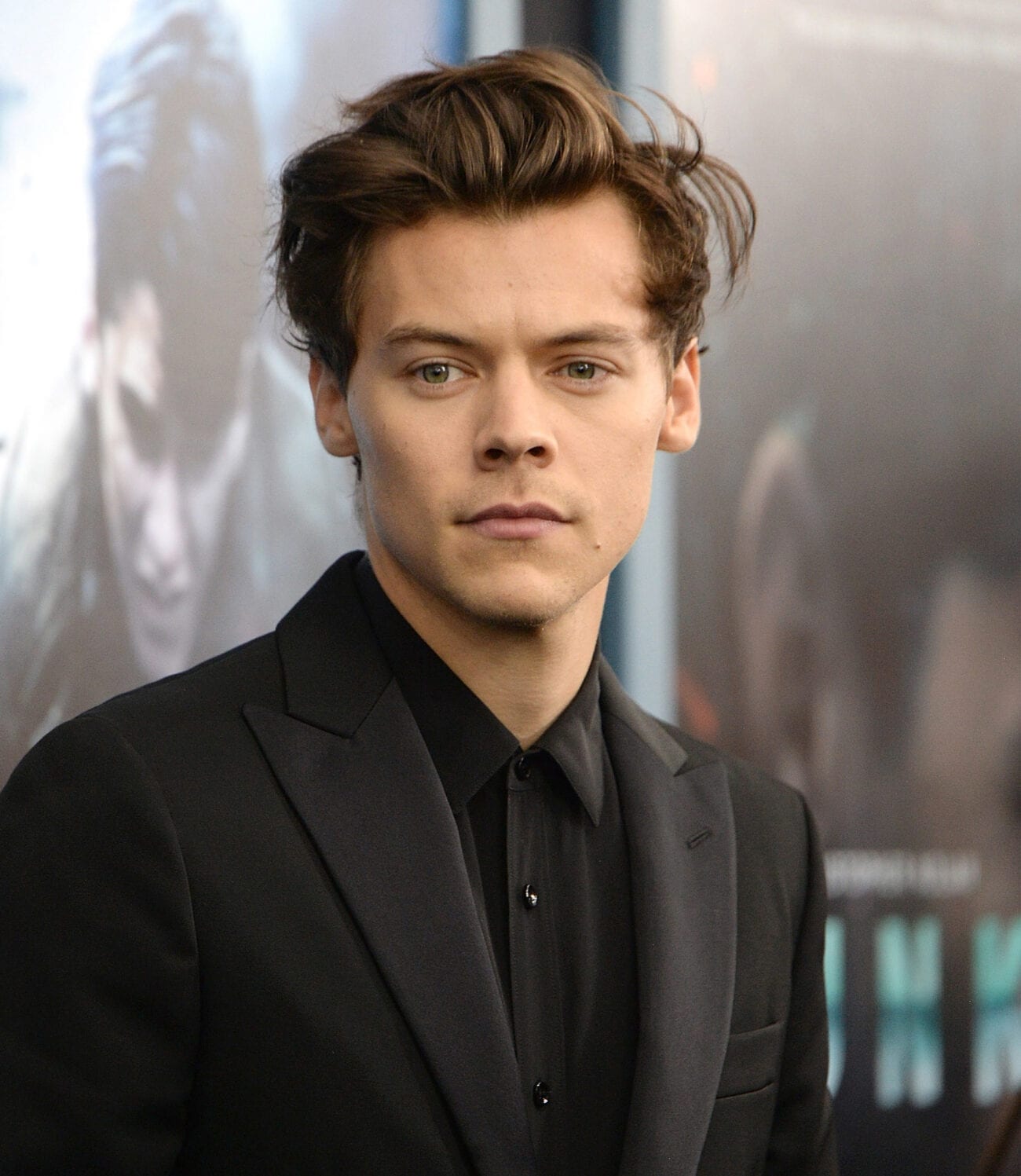 It’s a “Fine Line” for Harry Styles: The mask drama told in memes

Just as we were (kind of) starting to catch our breath following rumors of Olivia Wilde & Harry Styles dating, Styles is on the news again. This time, he’s under fire for not wearing a mask in public. And fans aren’t happy – they’re saying he’s walking a “fine line”. See how the drama unfolded on Twitter, using only the most entertaining of memes. 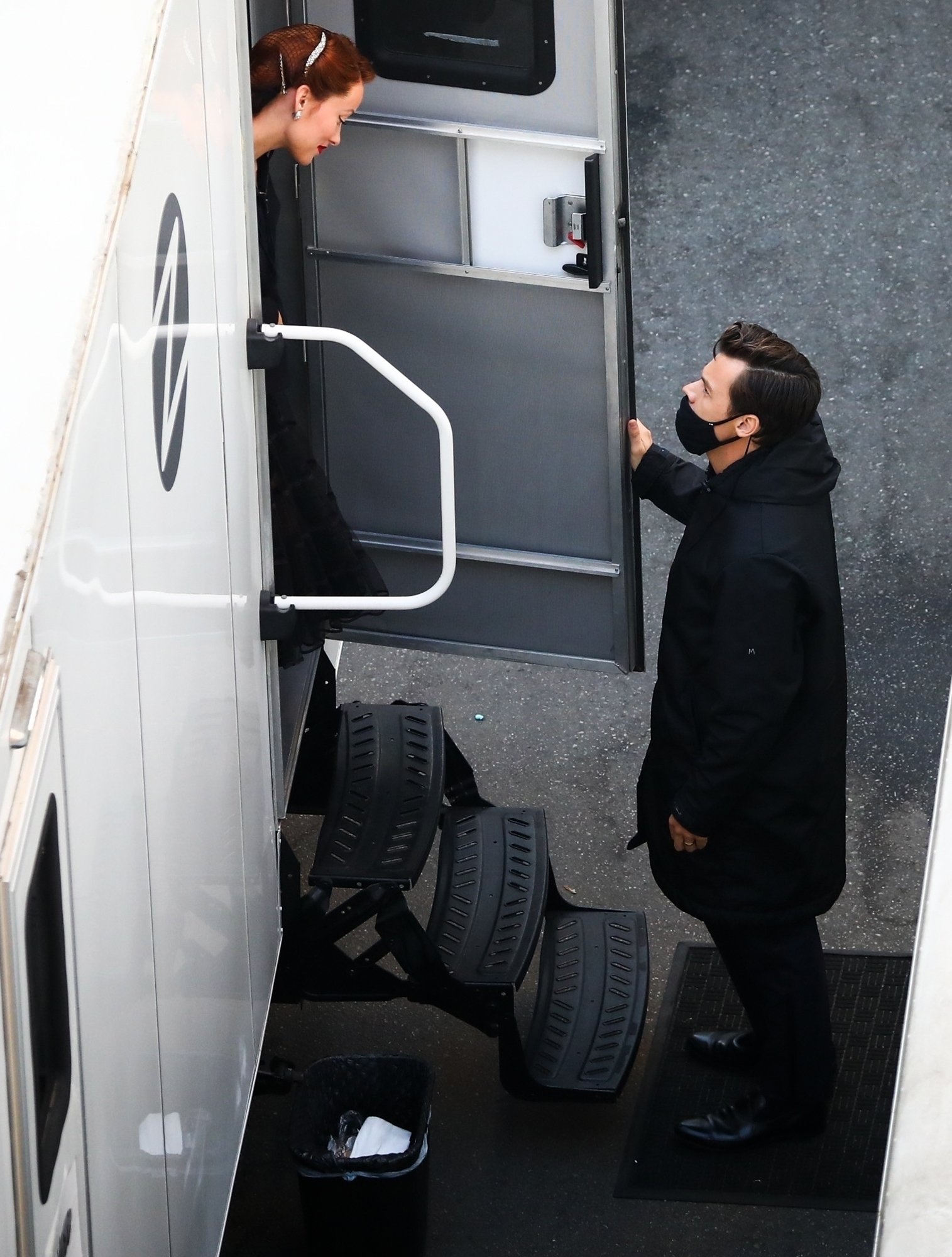 What has Harry done this time?

Harry Styles is trending today, and not for holding hands with new rumored GF Olivia Wilde. Recently, Styles was spotted without a mask in a sizable group of people. Now, “HARRY WEAR A MASK” is the 21st trending subject worldwide on Twitter. Fans are taking to the social media account to share their disappointment with the musician.

One user wrote: “Lovely Harry . . my sugarplum . . honey pie . . STOP! Take your responsibility and stop behaving like an ignorant celebrity. We are in a GLOBAL pandemic. People are DYING . . the economy is F–KED UP . . people haven’t seen their LOVED ONES for months . . wear a PROPER mask and stay as much INSIDE.”

Another person asked: “is this suppose to be the same man who drew masks all over his vinyls, sold a shirt to promote staying at home, and pleaded with us to follow social distancing rules???”

One user shared pretty much all of our sentiments, by writing simply: “do better harry, and wear a damn mask.” 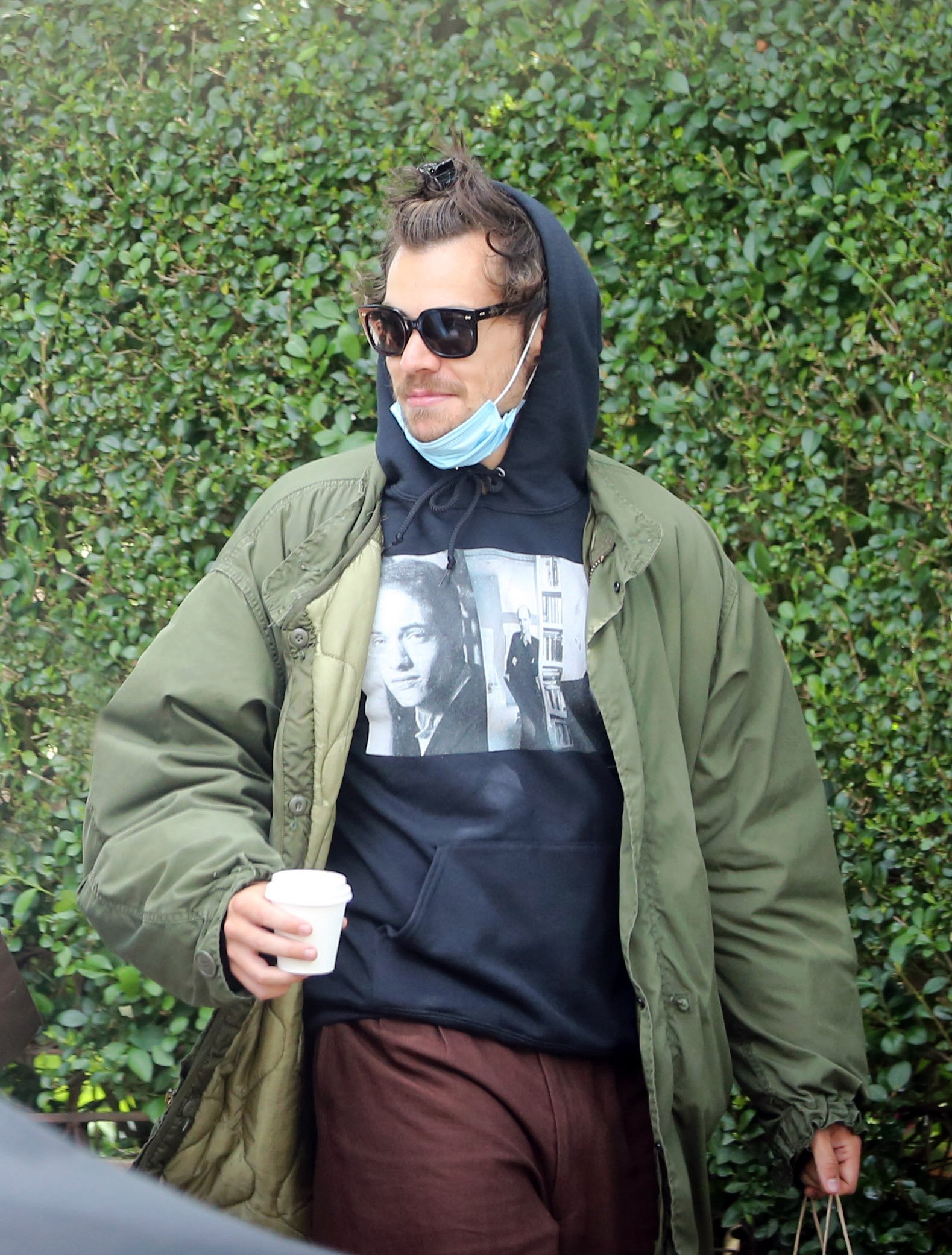 Another tweet read: “i’m beyond disappointed. there is an incidence of 8 thousand cases per 100 thousand people in LA. that’s literally an 8%! not only is it dangerous but careless and selfish to be driving and walking around without following guidelines. please harry wear a mask, we are concerned!”

There was no shortage of disappointed fans. One person added to the discourse: “I’m gonna say it. stunt or not or whatever the f–k it is Harry isnt doing what he preaches. he needs to wear a mask. corona isn’t immune to the rich. People have lost homes, jobs, family members, their lives because of a f–king pandemic. and they can’t even wear a f–king mask?” 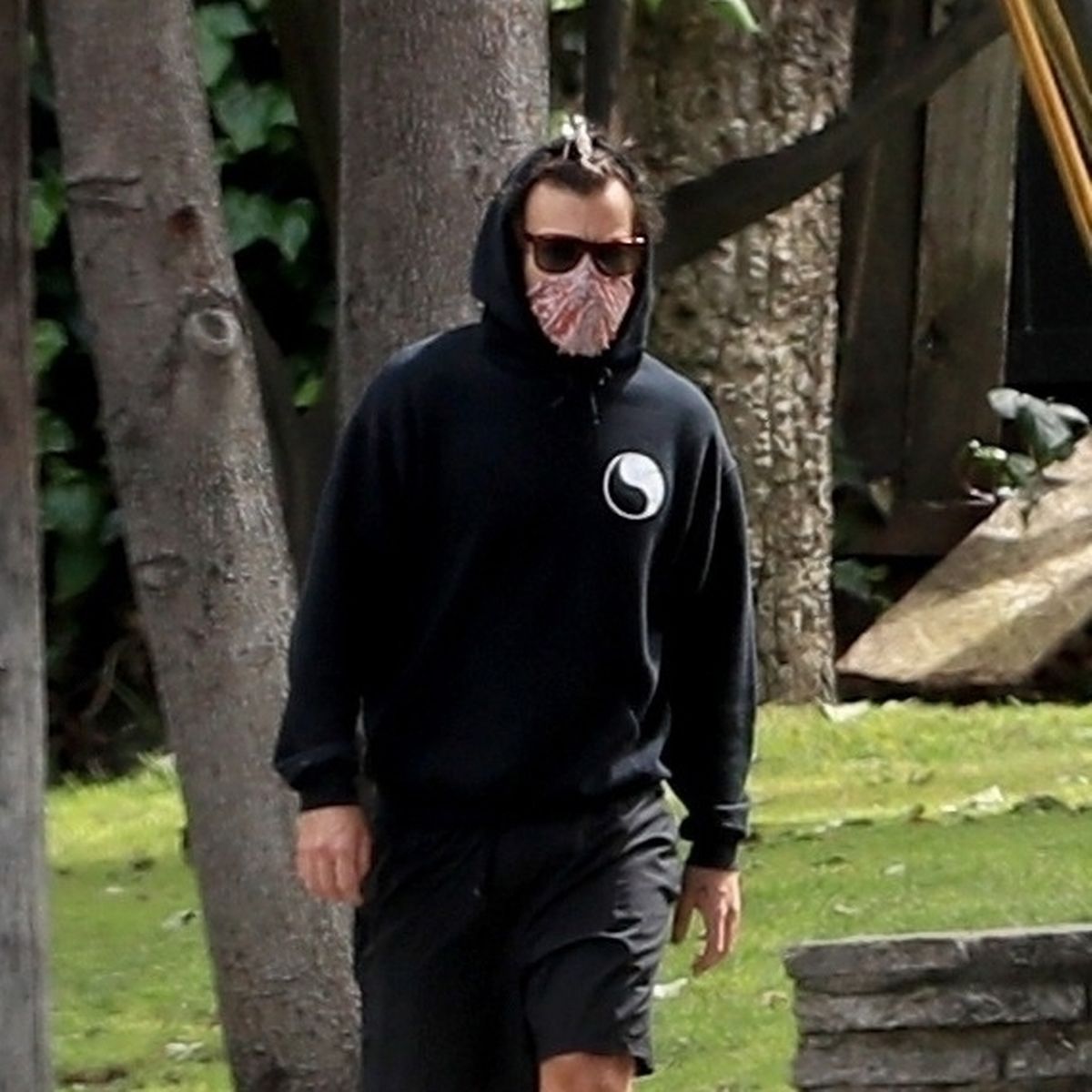 But not everyone is jumping to criticize the twenty-six-year-old singer. One person tweeted: “idk who needs to hear it but trying to trend harry wear a mask is the dumbest thing y’all could do. im not saying we shouldn’t call him out for it but i very very highly doubt he’d even see y’all trending it . . . . idk just kinda seems like performative activism to me.” 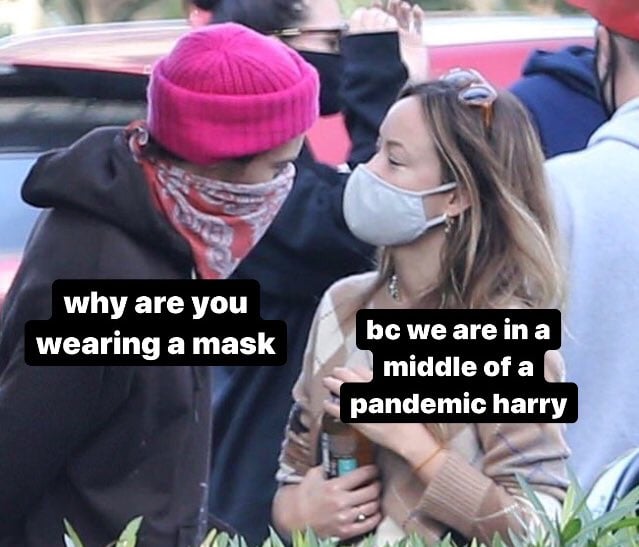 As it does for most occasions, the internet created a brand new meme for this situation. The one in question takes a photo of Harry Styles wearing a make-shift bandana mask while talking to Olivia Wilde, who is wearing a real mask. 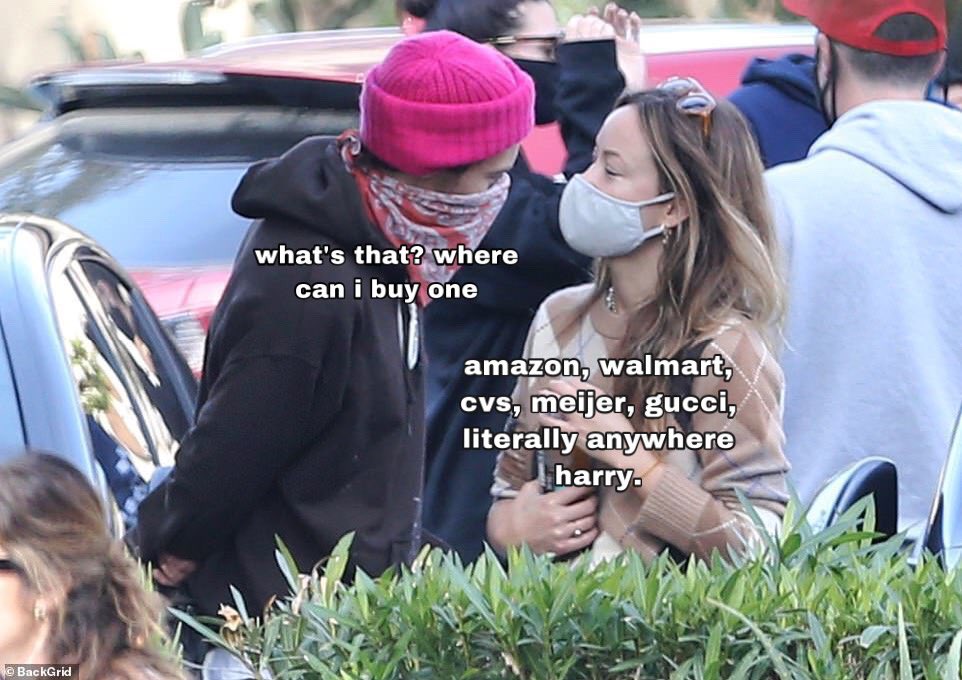 One version of the meme shows Styles asking Olivia: “what’s that? where can i buy one?” to which she responds: “amazon, walmart, cvs, meijer, gucci, literally anywhere harry.”

Another one shows Styles asking Wilde: “why are you wearing a mask,” to which she replies: “bc we are in a middle of a pandemic harry.” 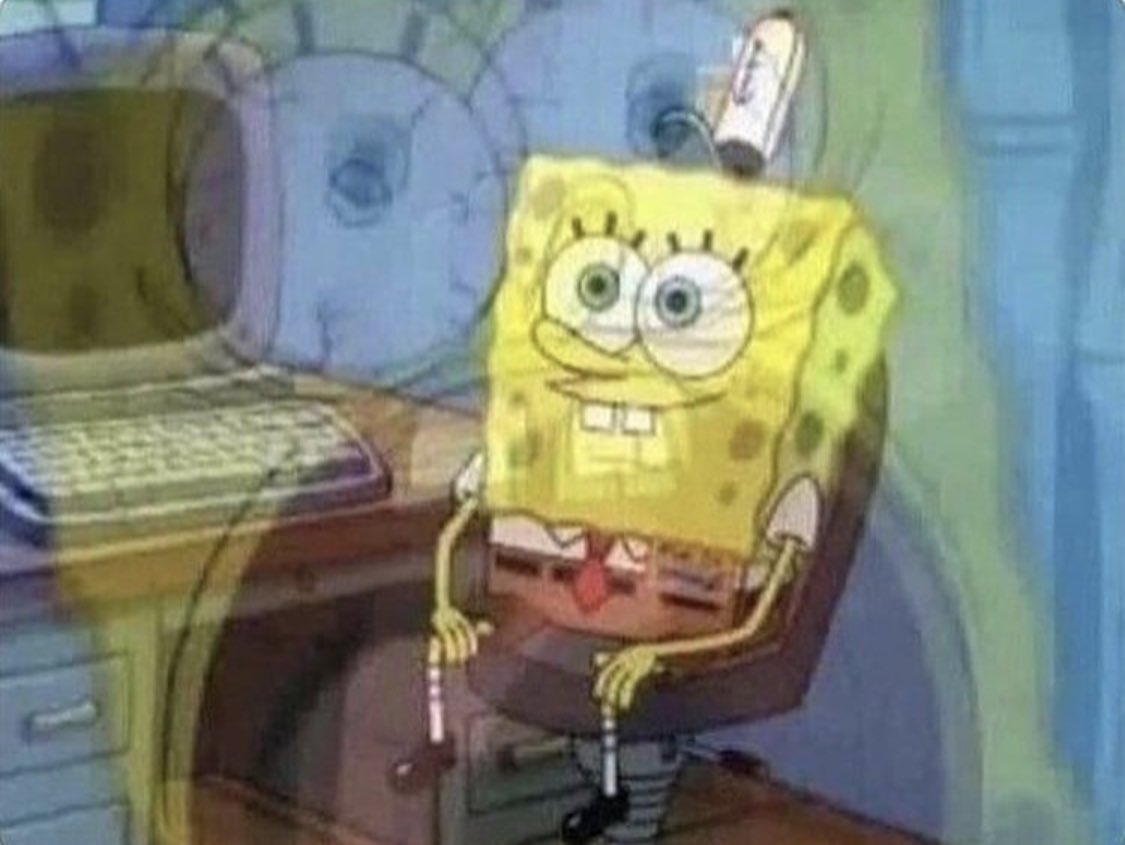 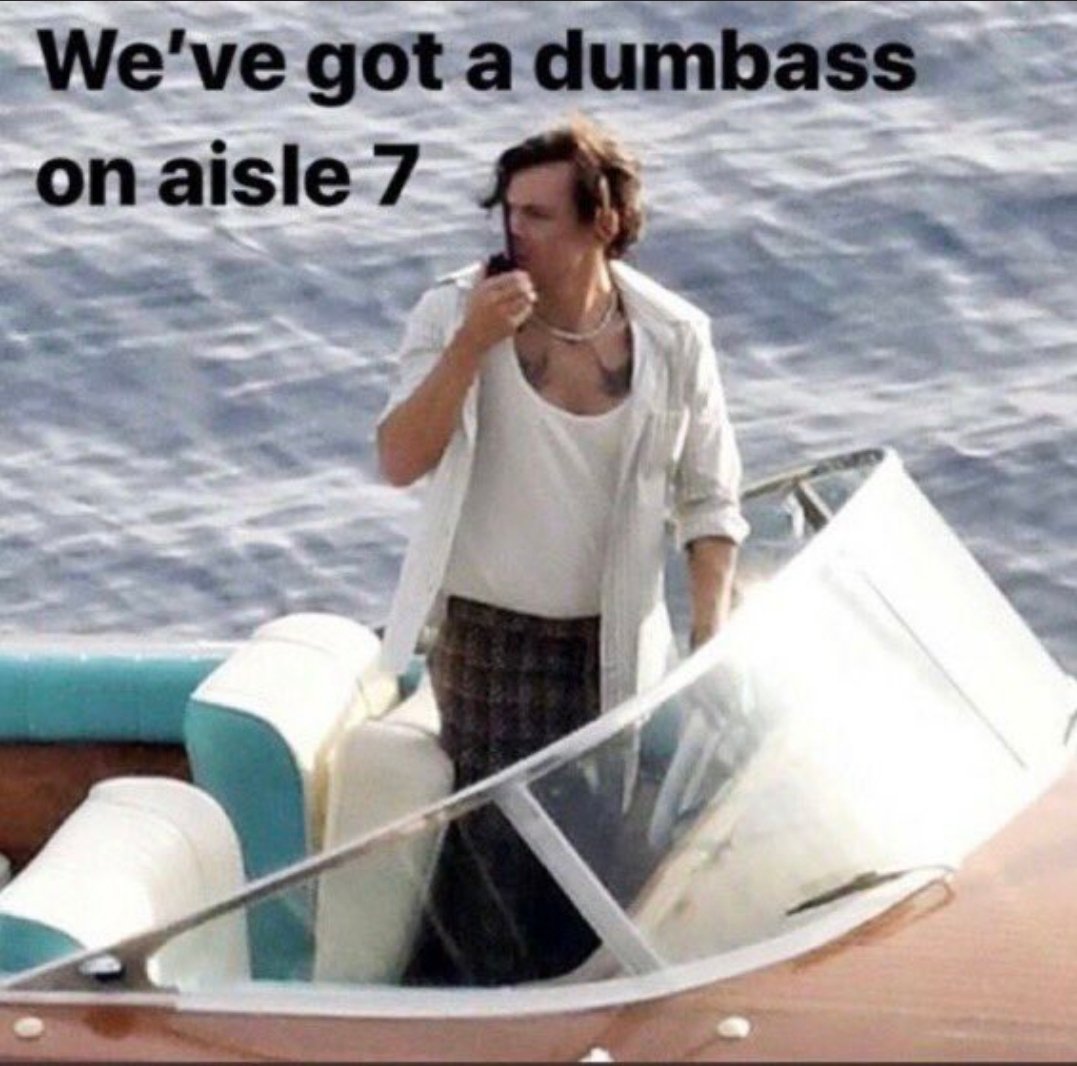 Another person created a meme to reflect the stupidity of Styles’s actions, captioned “We’ve got a dumbass on aisle 7.” And . . . sorry Harry, but that’s pretty much exactly what we’ve got.