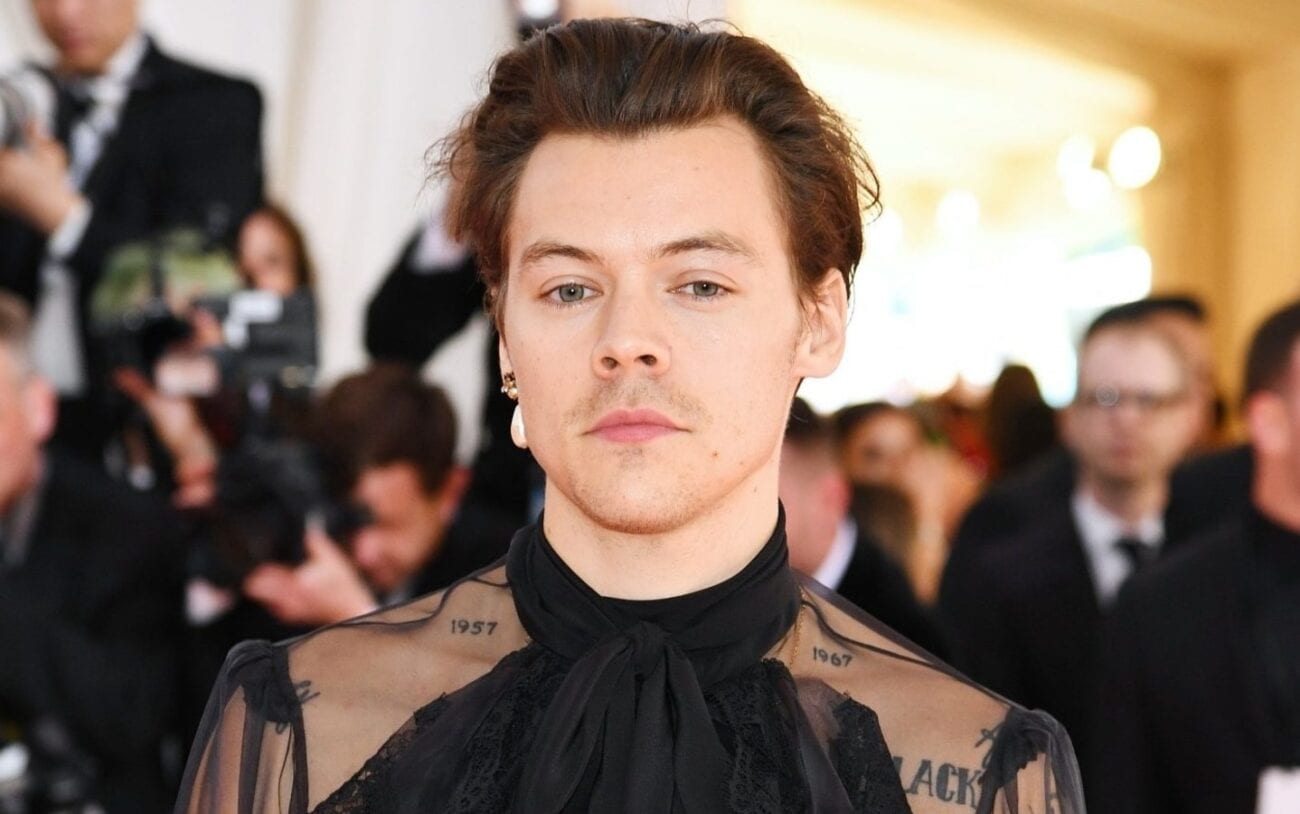 According to Refinery29, Fox News host Raymond Arroyo threw everything he had at the former One Direction singer Harry Styles in only twenty-one seconds. The segment “Things To Avoid in 2021” included mundane topics from the past year, but one comment fans can’t get over is Arroyo’s hatred towards Styles’s fabulous fashion.

If you’re insecure about yourself just say that. #foxnewsjacksofftoharrystyles pic.twitter.com/PIAD04Yfjt

Raymond Arroyo continued slamming Harry Styles by addressing the musician’s Gucci dress in his latest Vogue cover. Arroyo annoyingly stated, “The gender-bending wardrobe is not edgy or artistic. You look ridiculous and you’re not breaking any new ground. David Bowie did this decades before you were even conceived.” 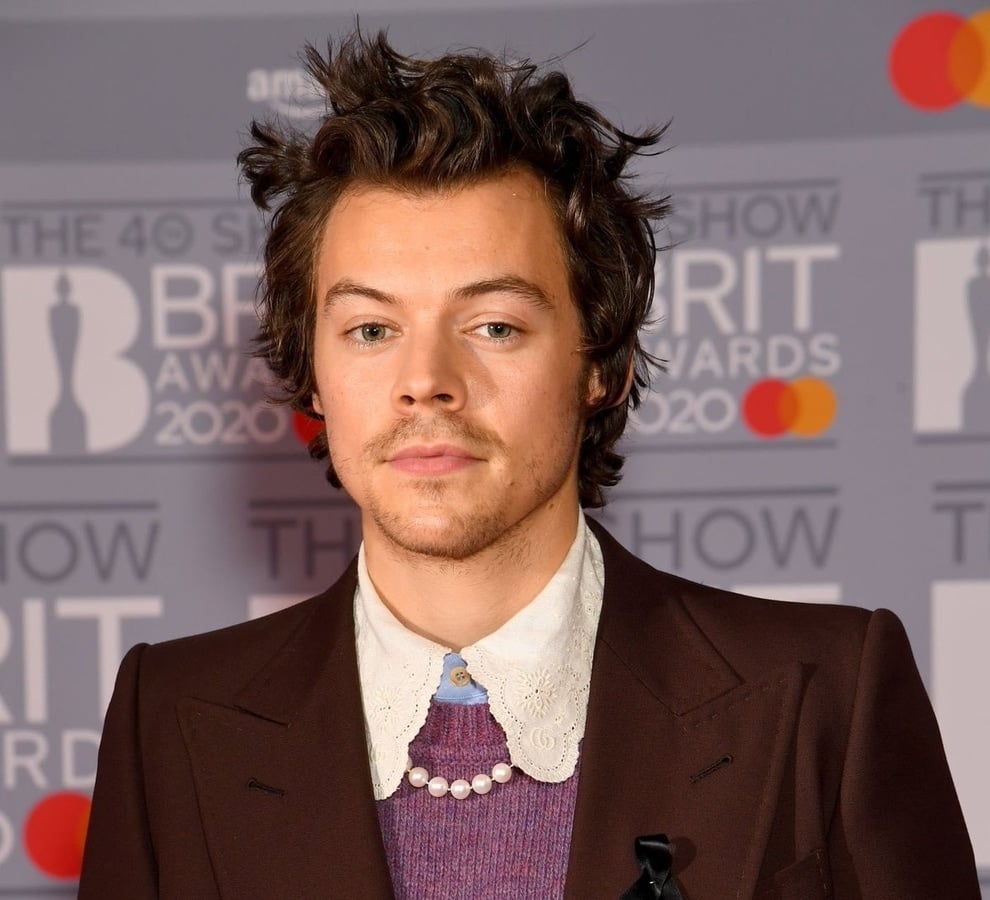 Uproxx reported that Harry Styles wasn’t the only trending artist targeted for flaunting their sexuality as Cardi B & Megan Thee Stallion was added to Fox News’s “Things to Avoid in 2021”. Raymond Arroyo’s breaking news was “his opinion” about what he would avoid in 2021 including Harry Styles’s interesting sense of style. 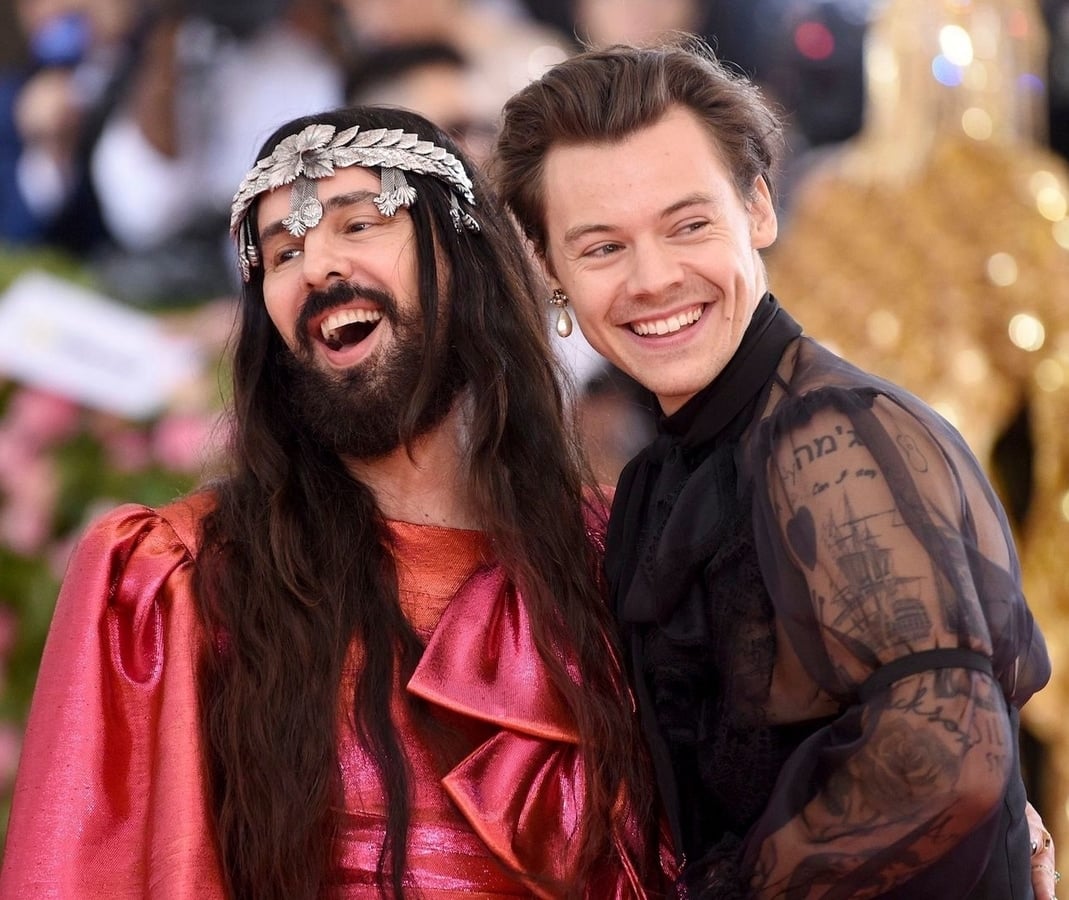 The Fox News segment was overwhelmingly negative in regards to all the praise Harry Styles received for his fashion-forward way of thinking. Fashion designers everywhere are actually loving Harry Styles’s new look as he recently posed for Vogue’s solo December cover.

In an interview, Harry Styles told Vogue he actually “always hated” dressing up. He stated that his mother would always dress him up as the 101 Dalmation’s character, Cruella de Vil. Eventually the singer fell in love with “fancy dress” through school plays and especially at the start of his career on X-Factor.

Harry Styles enjoyed “playing dress-up” as he got older and his playful-thinking was recognized to the point where Styles co-hosted the Met “Notes on Camp” Gala in 2019. Additionally, Styles is good friends with the Italian fashion designer and creative director for Gucci, Alessandro Michele. 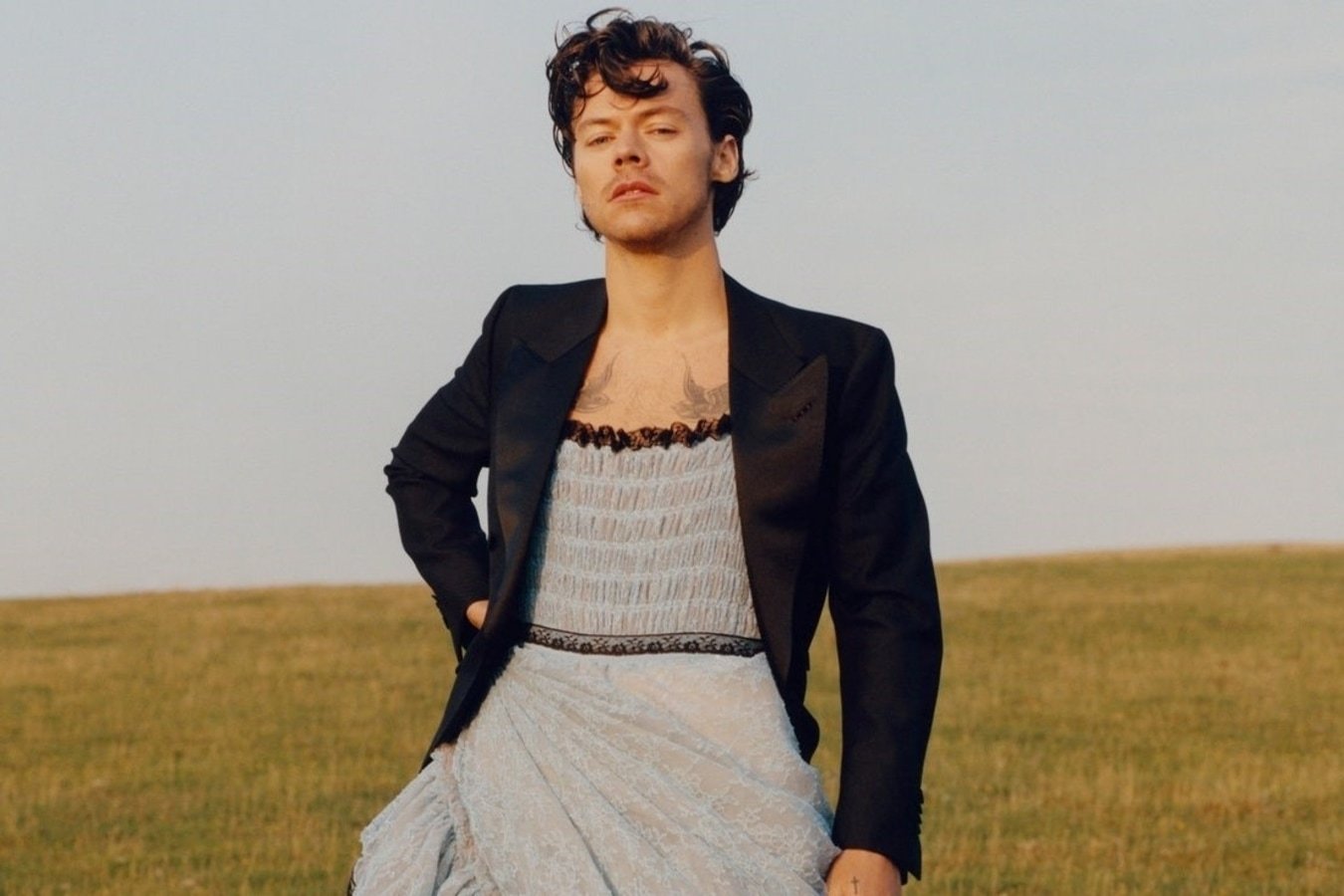 Harry Styles told Vogue, “There’s so much joy to be had in playing with clothes. I’ve never thought too much about what it means – it just becomes this extended part of creating something”.

Harry Styles may not care much about the Fox’s Breaking News because Styles sees clothing as a “world” that needs exploring. Variety reported that Styles believes, “To not wear (something) because it’s female’s clothing, you shut out a whole world of great clothes. And I think what’s exciting about right now is you can wear what you like.” 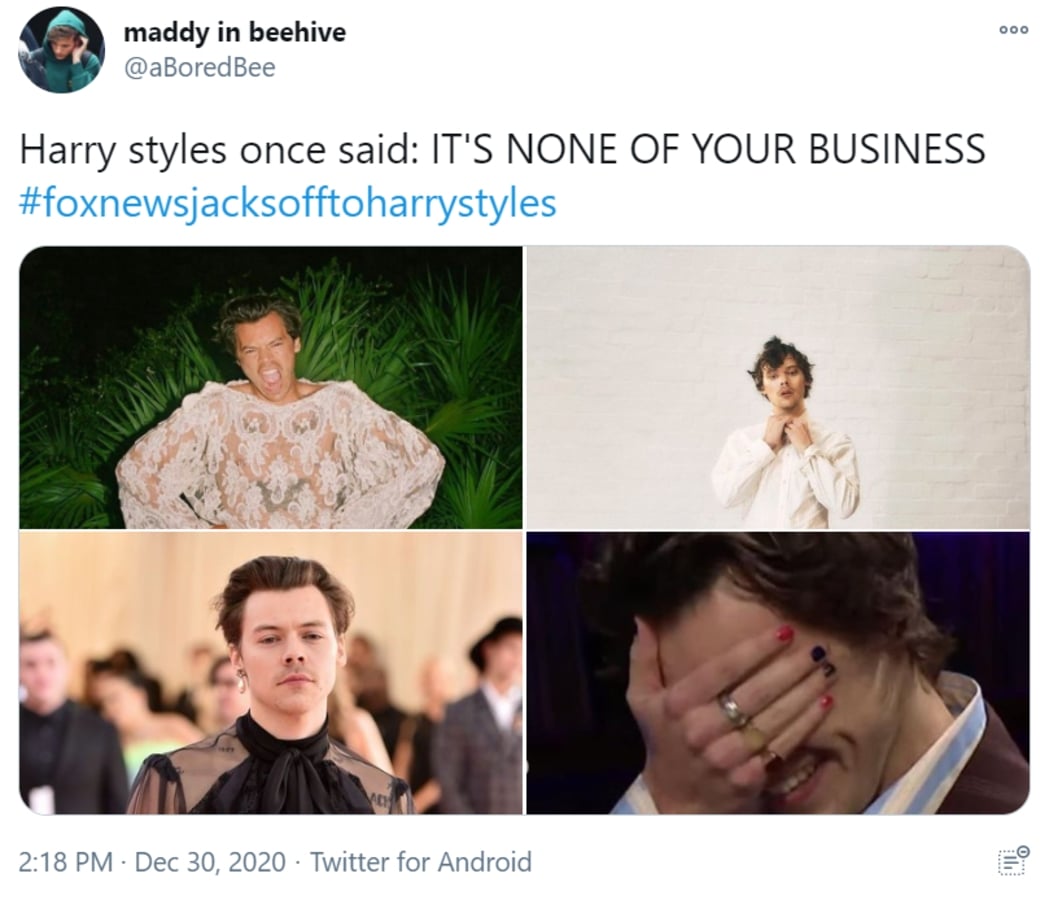 Fans have spread the #foxnewsjerksofftoharrystyles hashtag across twitter, claiming that Raymond Arroyo’s statement is one of the “Things Avoid in 2021”.

According to Refinery29, the segment on Fox News wasn’t breaking news for Harry Styles or his fans. Many fans have tweeted against Raymond Arroyo’s sarcastic comments stating, “I love that Fox News just tried so hard to make fun of Harry Styles but now there’s a trending hashtag against Fox News”.

Fox News also reported that Harry Styles’s former bandmate Liam Payne told Capital Breakfast radio’s Roman Kemp, “There’s been a lot more stuff going on this year than whether or not he’s wearing the right clothes in someone else’s mind”.

Fox News’s host Raymond Arroyo’s segment was definitely breaking news for 2020. Let us know what you think about Harry Styles’s wardrobe in the comments below.