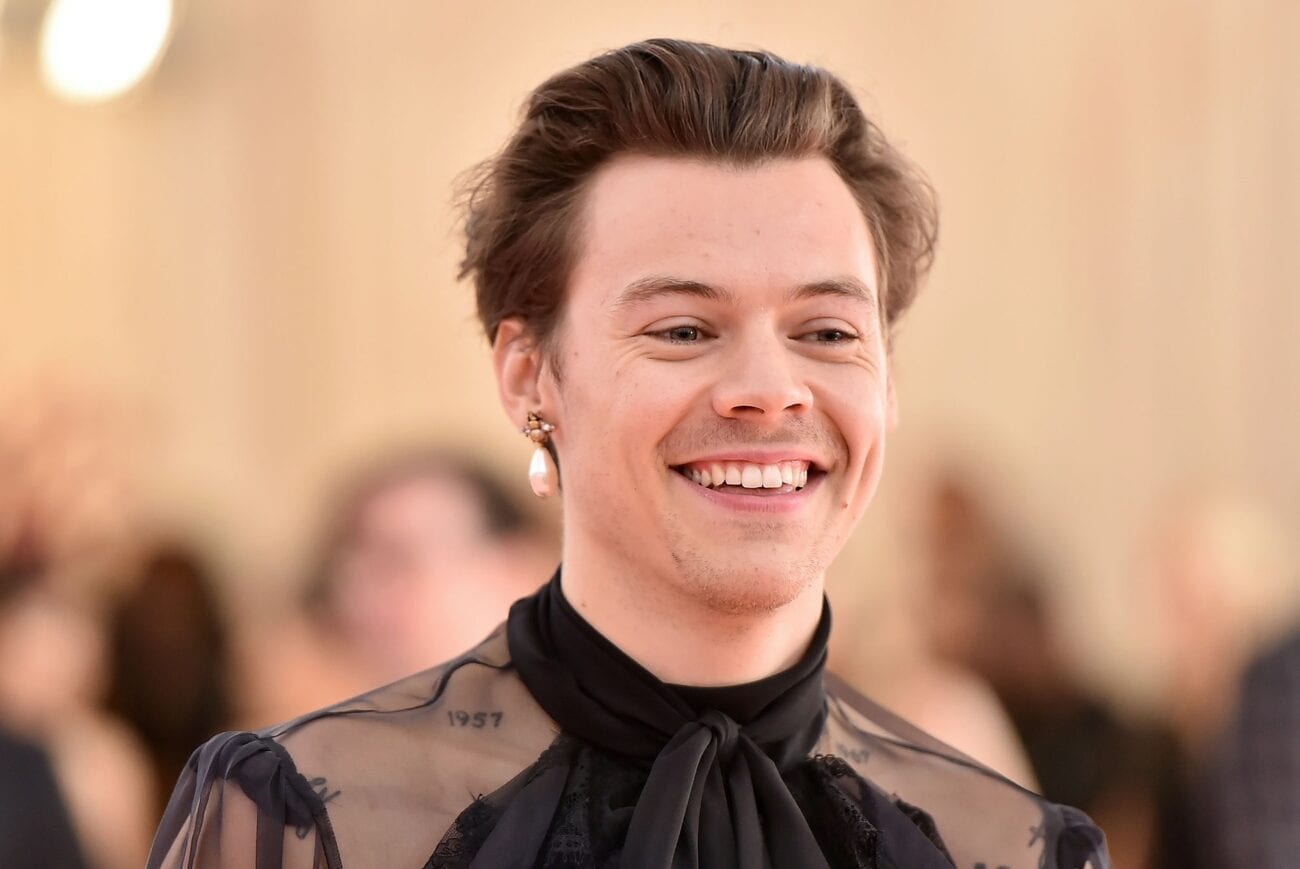 According to Twitter, Harry Styles in a dress is here to save 2020

There’s only one thing that can possibly save 2020 and that’s men in dresses! Harry Styles was unveiled as the first solo male cover star of U.S. Vogue. The best part? Styles was styled in a custom-made, lace-trimmed Gucci ballgown dressed with a tuxedo jacket.

Known as a fashion icon, former One Direction member, and pop solo artist Harry Styles has been known for his exquisite fashion choices. Is Twitter against or for this latest Vogue cover? Let’s find out. 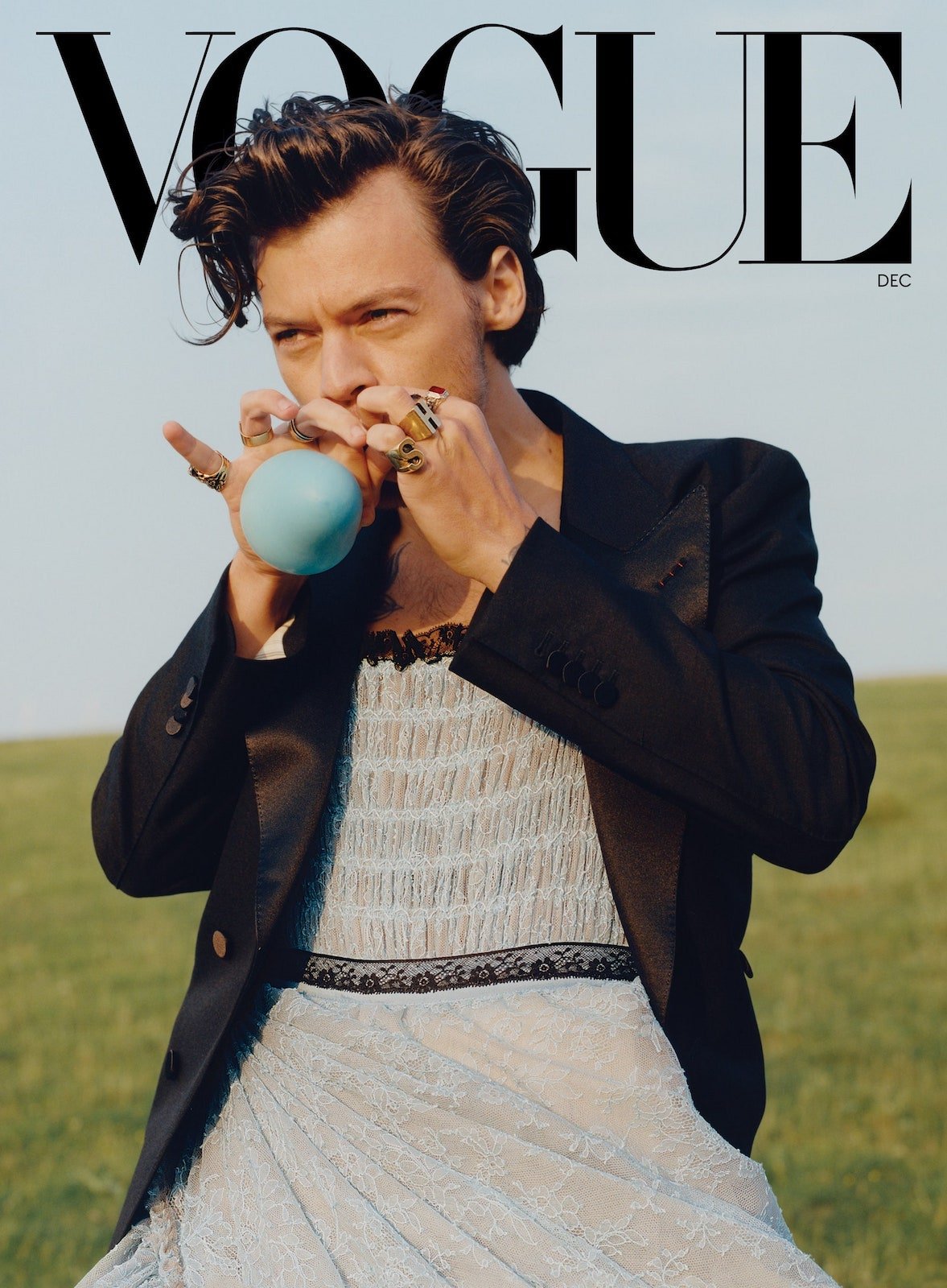 Harry Styles broke a record and became the first solo male on the cover of Vogue. Nine men have featured on the cover previously, but always as part of a couple. They include Kanye West, Justin Bieber, and Styles’ former 1D bandmate Zayn Malik. Styles was photographed by Tyler Mitchell. In 2018, Mitchell became the first black photographer to shoot a U.S. Vogue cover, featuring the iconic Beyoncé.

In the December issue, Harry Styles was photographed in a Comme des Garçons kilt, a Wales Bonner knitted skirt, and a Victorian-era crinoline. Styles embraces the need to break gender stereotypes by wearing what he wants without worry and he nails it every time. 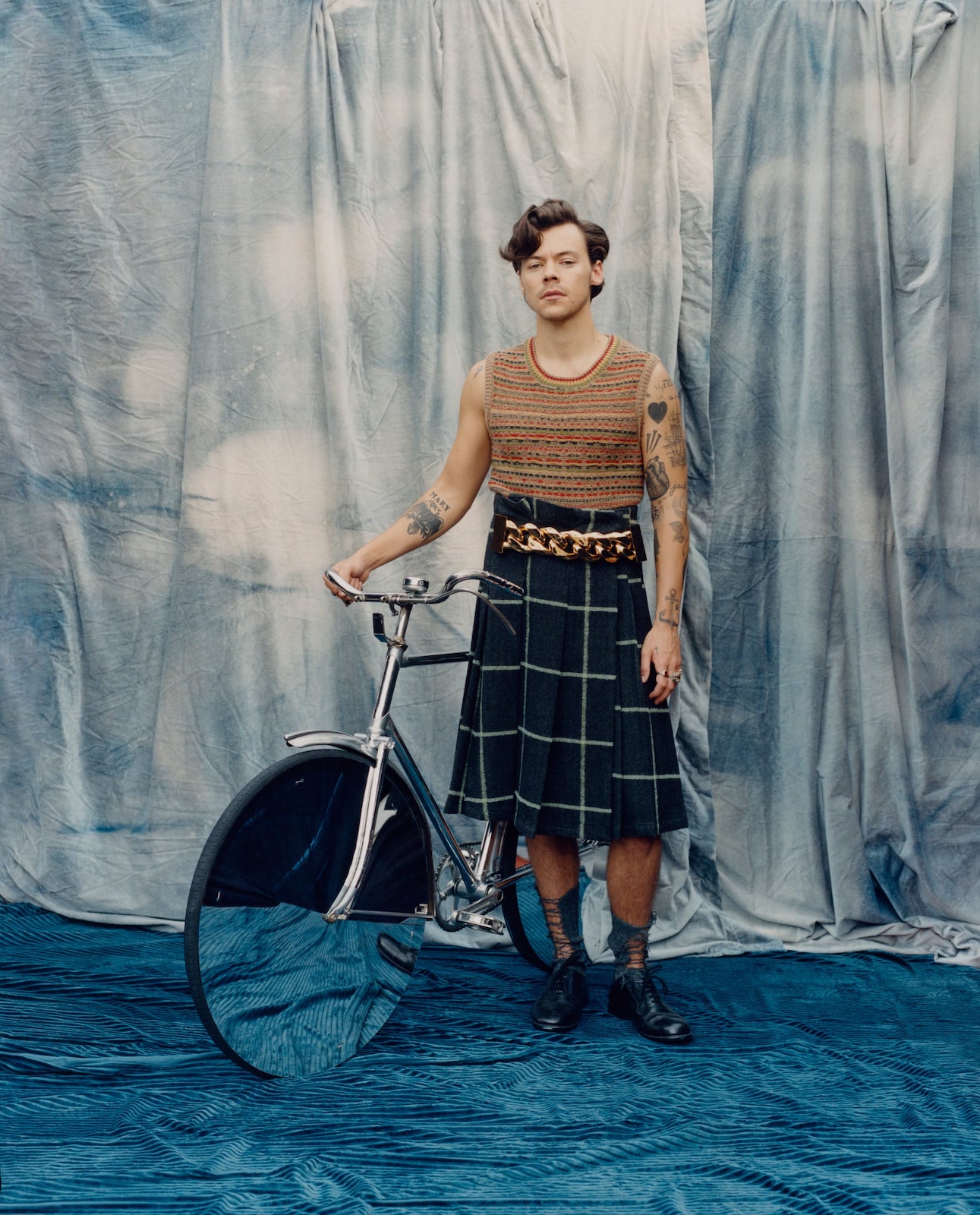 In the Vogue interview, Harry Styles dives into how the world’s views are changing:

“When you take away ‘There’s clothes for men and there’s clothes for women,’ once you remove any barriers, obviously you open up the arena in which you can play. I’ll go in shops sometimes, and I just find myself looking at the women’s clothes thinking they’re amazing. It’s like anything – anytime you’re putting barriers up in your own life, you’re just limiting yourself.” 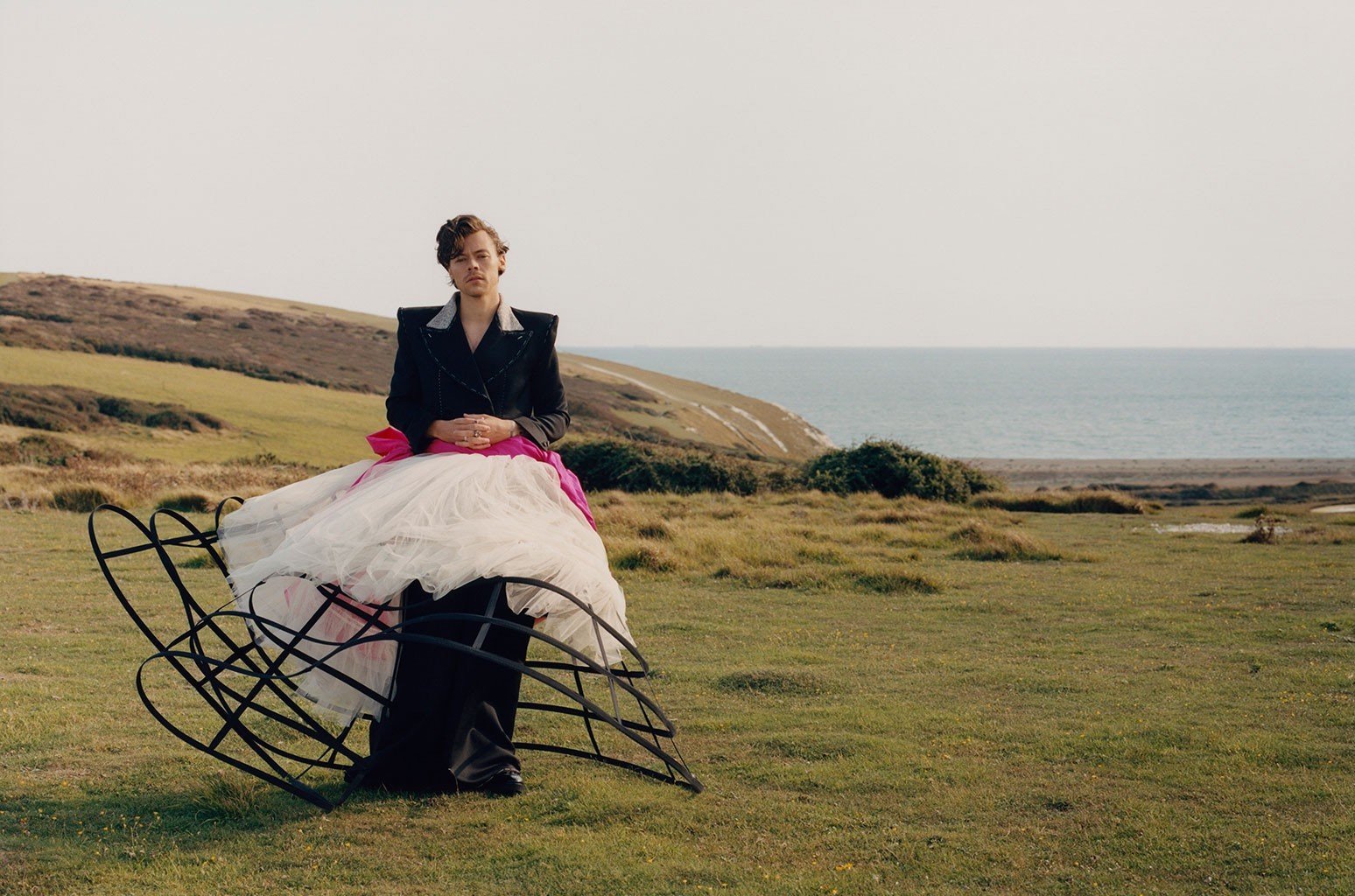 Logan Paul has made headlines once again, but this time it’s for all the right reasons. Twitter had its fair share of unhappy users when the Vogue cover was released. Conservative commentator Candace Owens commented on Harry Style’s wardrobe choices and stated “Bring back manly men.”

There is no society that can survive without strong men. The East knows this. In the west, the steady feminization of our men at the same time that Marxism is being taught to our children is not a coincidence.
It is an outright attack.

In a recent Impaulsive podcast, Logan Paul and his cohost George Jankos discussed the December issue which led Jankos to state that he thought the cover wasn’t “manly”. Much to everyone’s surprise, the older Paul brother stated “Bro, why? What is manly to you? What does it mean? Is manly being comfortable in your own skin and being with who you are, regardless of what you’re wearing?”

This comes after the previous One Direction drama when younger brother Jake Paul harassed Zayn Malik in a Vegas hotel. With a vlogging camera in hand, the troublemaking YouTuber went to Twitter to express his distaste about his interaction.  “Almost had to clap up Zane from 1 direction because he is a little guy and has an attitude and basically told me to f*** off for no reason when I was being nice to him.”

Directioners agreeing with Logan Paul? 2020 is definitely something.. pic.twitter.com/WnjhQUMAKi

Directioners & Harry stans are on the side of Logan Paul across Twitter. We’re all for breaking gender norms and fans are overjoyed famous fashion magazine Vogue is embracing this.

What do you think about Harry Styles’ Vogue cover for the December issue? Do you finally agree with Logan Paul? Let us know your thoughts in the comments.