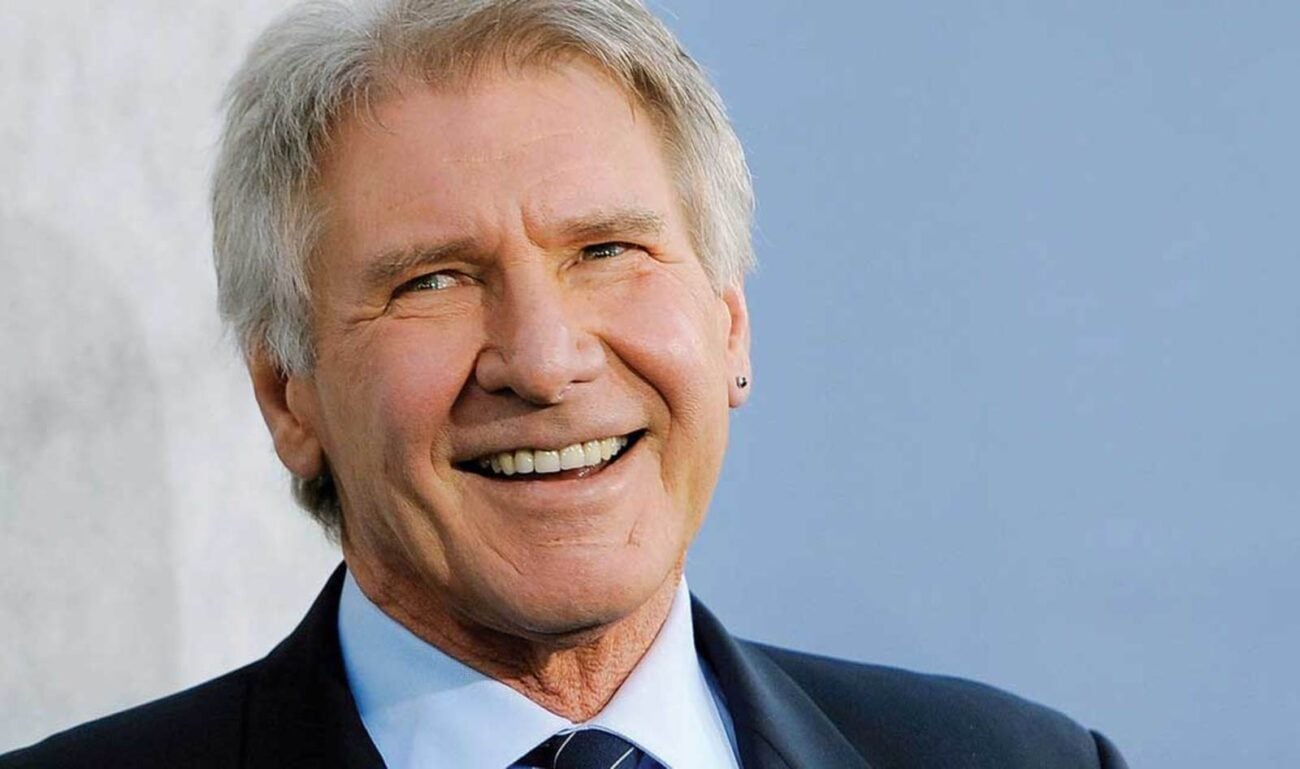 Looking for a Harrison Ford marathon? Watch his best movies

Harrison Ford is simply one of Hollywood’s greatest treasures, as he’s not only managed to deliver two legendary roles in two separate & iconic Hollywood franchises but has also turned in a wide variety of performances that extend beyond his abilities to lead an action flick. Harrison Ford has delivered multiple roles over the years that we would stack up against any of Hollywood’s elite, for when he’s committed, he delivers.

While Harrison Ford will forever be known by many as either Han Solo or Indiana Jones, has starred in other noteworthy projects worth mentioning. It’s understandably easy to fall into the trap of only acknowledging his work as the whip-striking archeologist or gun-slinging space rebel. But we think it’s time to look at some other Harrison Ford movies, perfect for a Harrison Ford movie marathon.

So, grab your popcorn & Red Vines, fill your glass of ice with Coke Zero and kick back for a Harrison Ford movie marathon that extends far beyond a hidden temple or a galaxy far, far away. 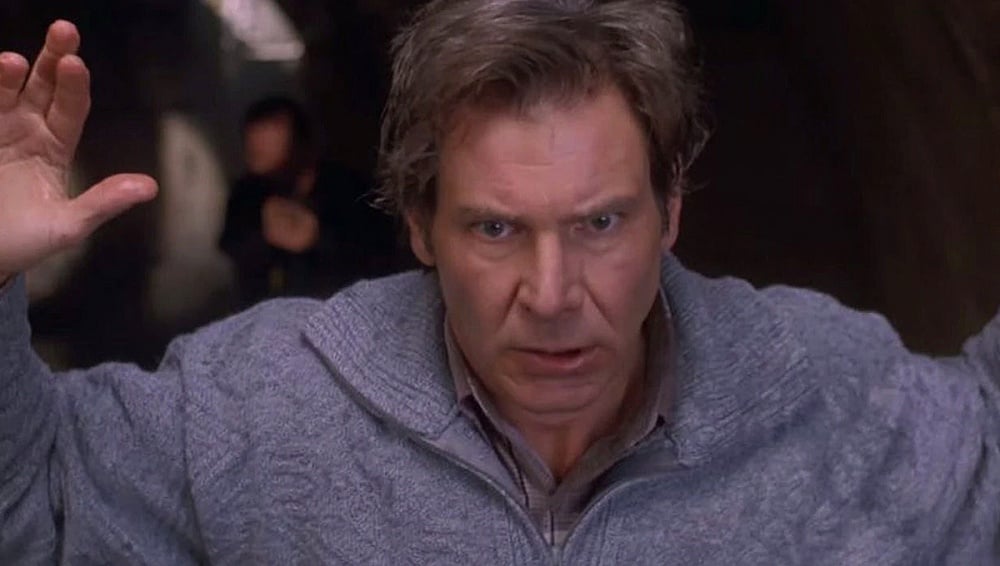 Considered by many to be his best work is the 1993 action-thriller The Fugitive. In the film, Richard Kimble (Ford) is wrongfully accused of the murder of his wife, forcing his hand to run from the law as he attempts to hunt down his wife’s killer and free his name. Pursuing Kimble is the veteran U.S. marshal Deputy Samuel Gerard (Tommy Lee Jones), who will stop at nothing to find his escaped fugitive.

This high-impact chase thriller gave fans one of Ford’s last great action performances, proving to audiences that sometimes we do indeed save our best for last. As it pertains to Harrison Ford movies, that phrase couldn’t be any more true. 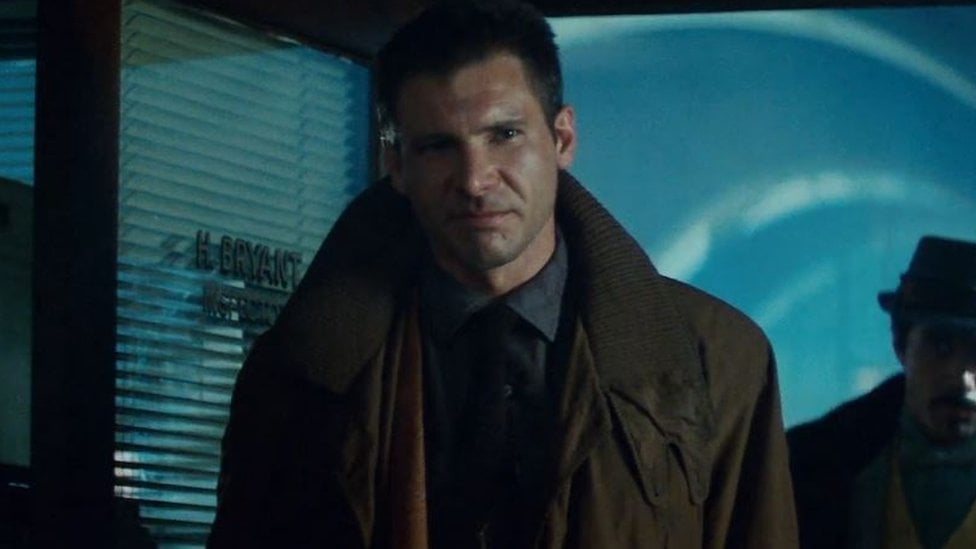 You surely recognize the name, but have you actually seen the movie?

1982’s Blade Runner tells the story of Deckhard (Ford), who’s tasked as a replicant hunter to eliminate four escaped replicants from certain colonies who have returned to Earth. The film, directed by Ridley Scott (Alien, Gladiator) was a film that didn’t quite stick with audiences at first but has since deepened with time, as many movies do.

Today, Blade Runner is revered by sci-fi fanatics, looked on as a masterpiece of both visual storytelling & noir detective fiction. 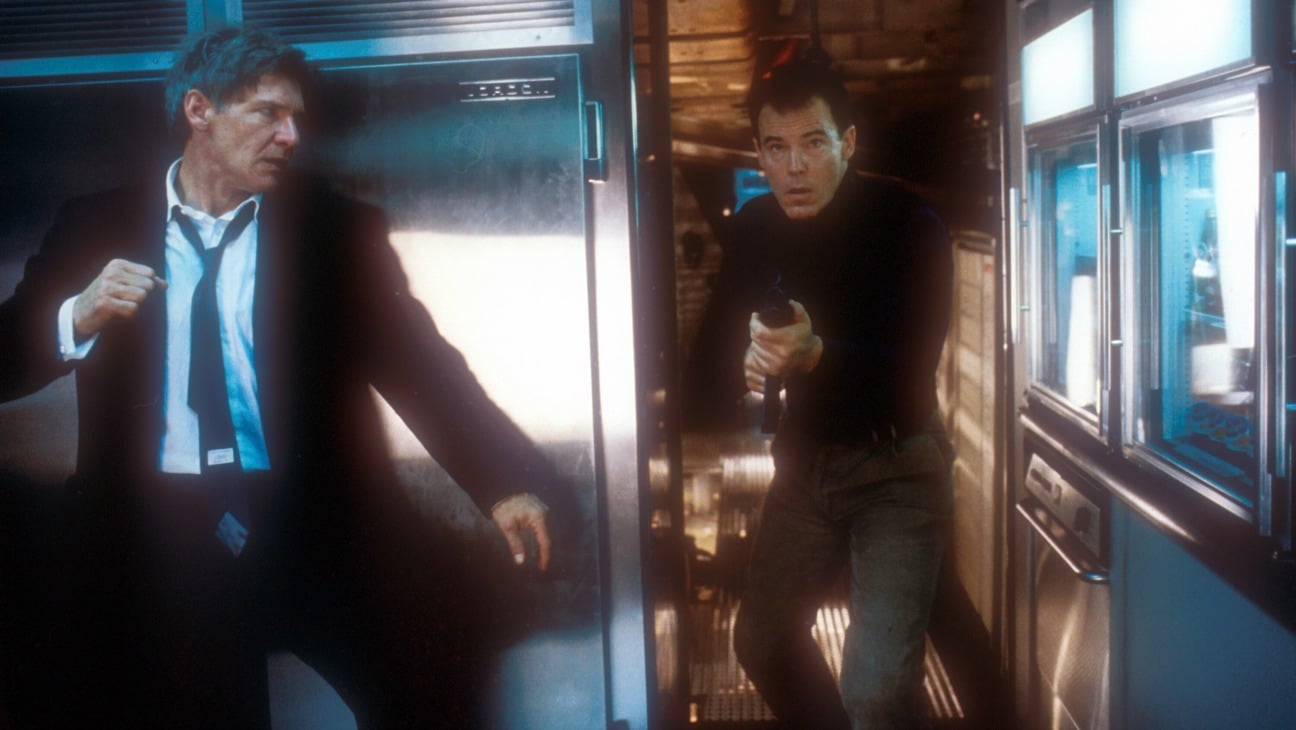 Air Force One is a 1997 action thriller that sees Harrison Ford as President James Marshall, a man of integrity who vows that he’ll never “negotiate with terrorists”. Afterward, when the U.S. President and his family board the Air Force One, they soon discover that their plane has been hijacked by terrorists, led by the evil Ivan Korshunov (Gary Oldman). Think Die Hard, but several miles in the air.

While Ford’s action abilities noticeably take a small step back in this film, he still manages to exude all of the [email protected]$$ mannerisms that have been the focal point of most of his career. 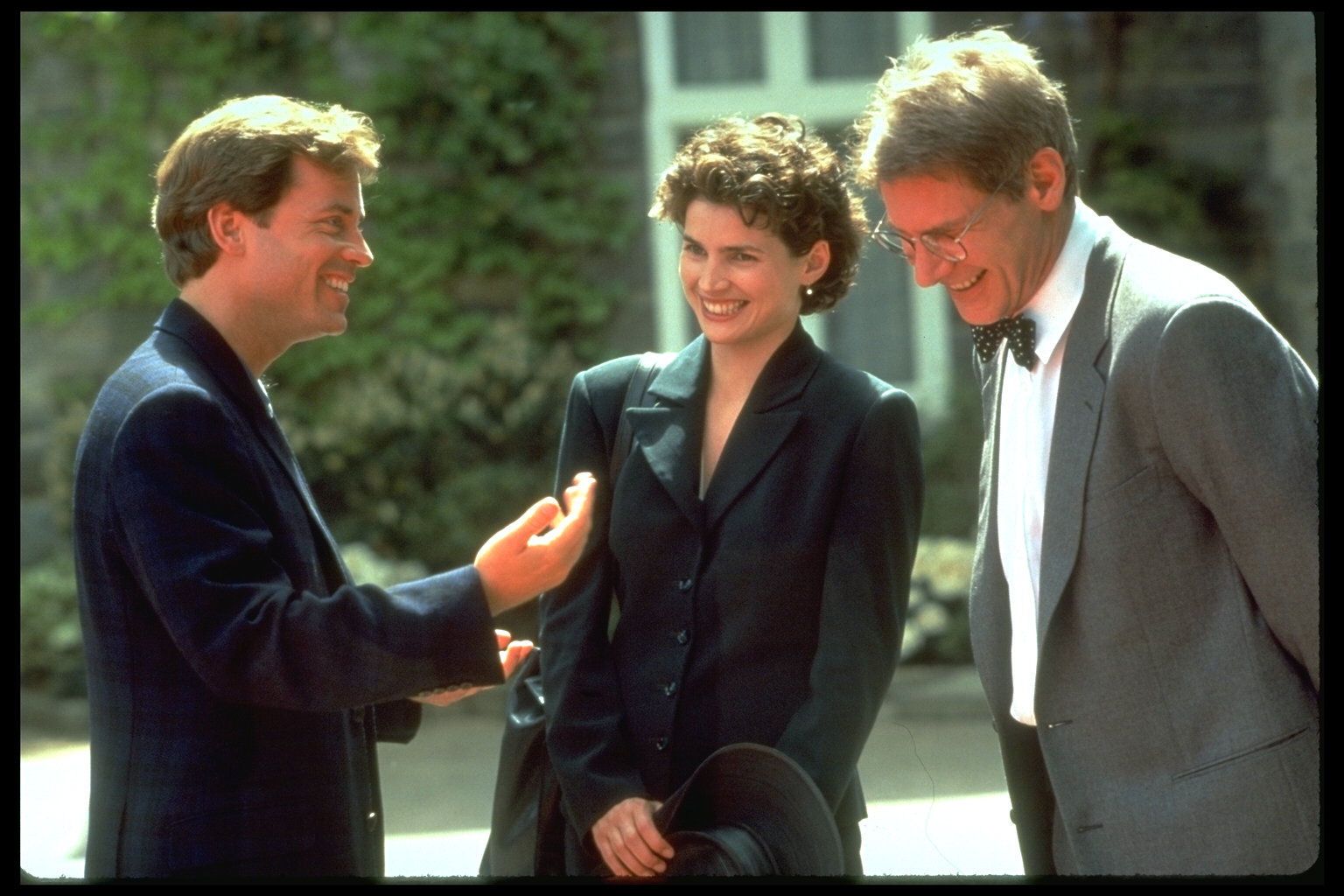 Looking for a change of tone for your Harrison Ford marathon of movies? Sabrina might be your best bet.

Sabrina is a 1995 romance drama, centered around a chauffeur’s daughter (Julia Ormond) who was raised with the extremely wealthy Larrabee family. When Sabrina finally makes a play at the family’s younger son (Greg Kinnear) after returning from Paris, his older, business-driven brother (Harrison Ford) tries to break up the pair’s courtship, only to realize that perhaps he’s fallen for her, too. 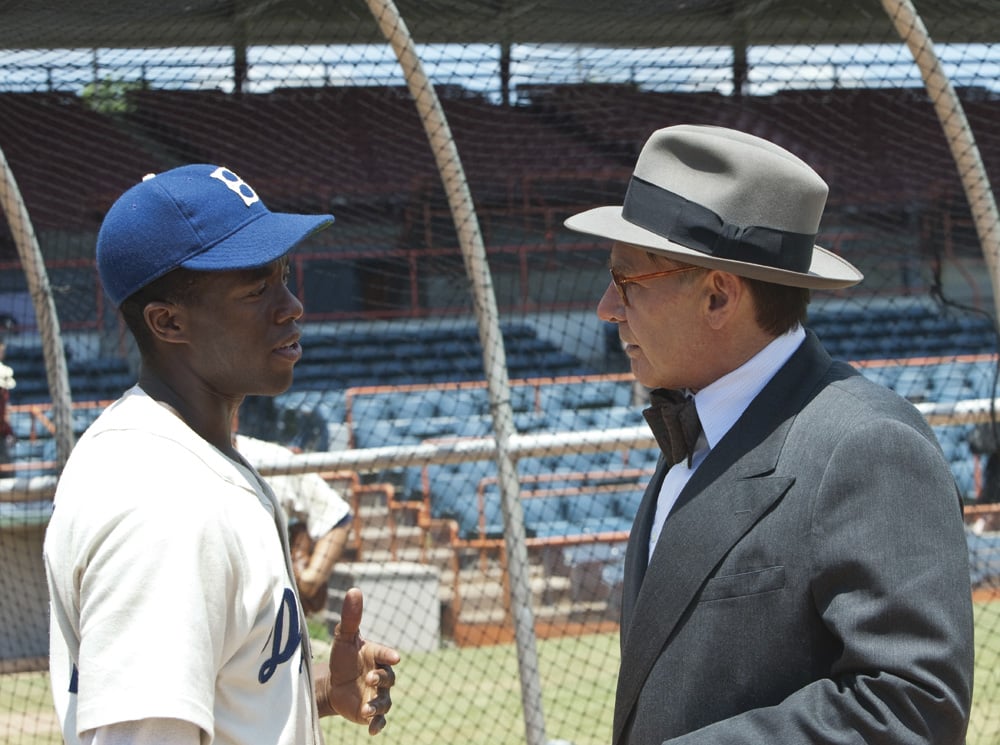 2013’s 42 is a sports drama that tells the story of Jackie Robinson, the first African American to play baseball professionally.

The film, which stars the late Chadwick Boseman in the lead role, features Harrison Ford as Branch Rickey, the owner of the Brooklyn Dodgers who seeks to showcase Robinson’s talent for the game, forcing the rest of the world to see in the process.

42 highlights Ford’s acting abilities, even at an older age, proving that this actor is so much more than an action icon of the 1980s & 1990s. 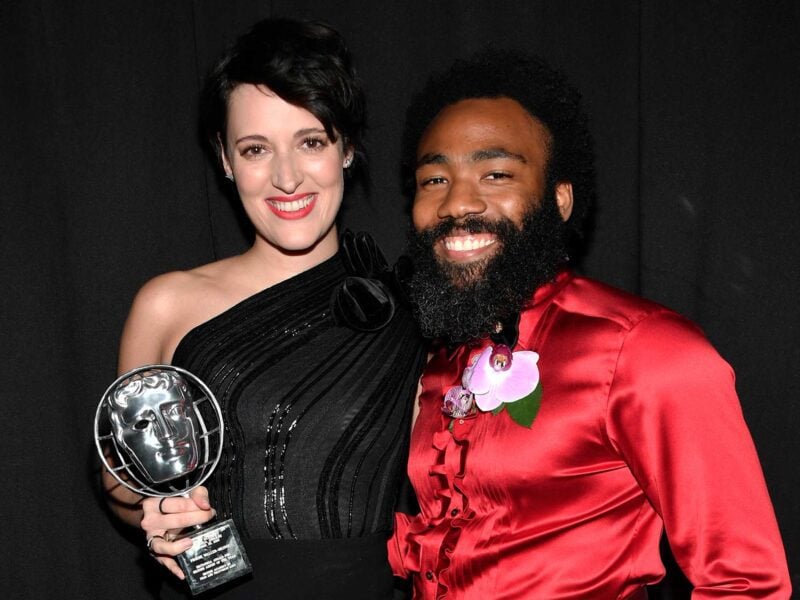