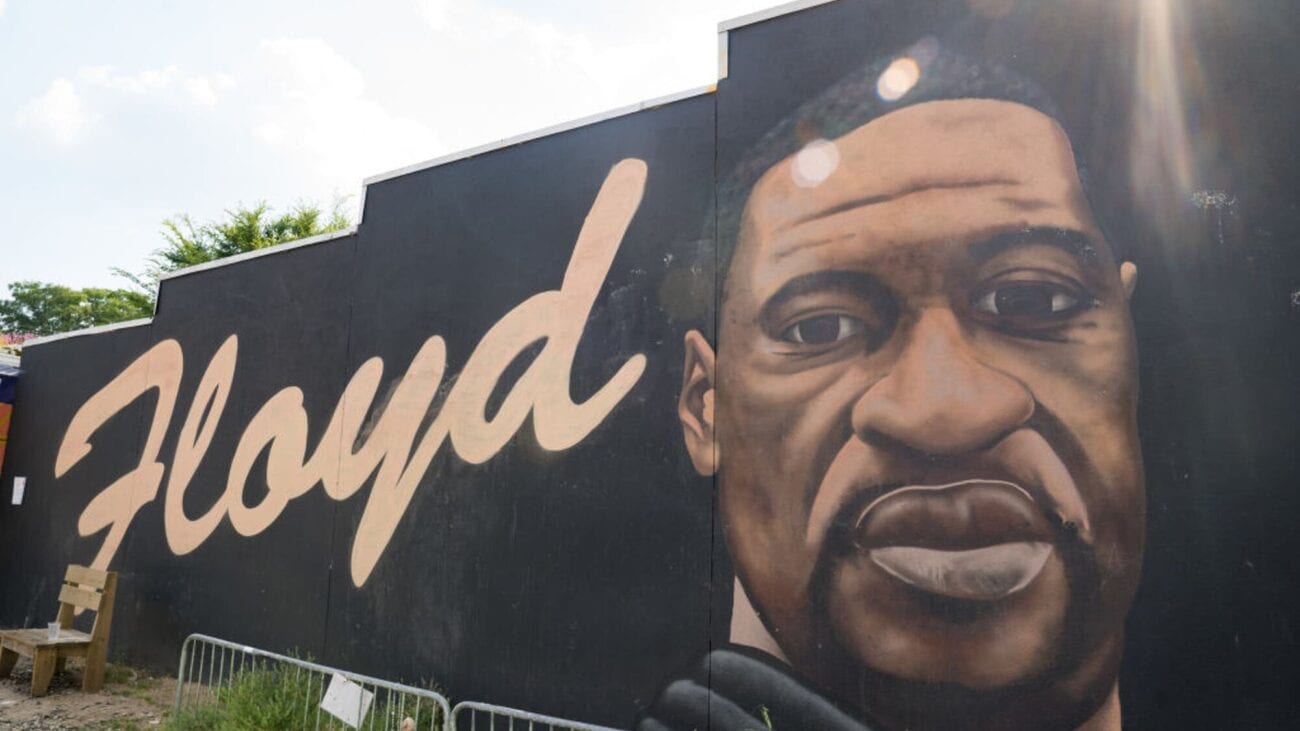 George Floyd: What caused the destruction of this memorial?

After the senseless murder of George Floyd done by officer Derek Chauvin sparked a movement all throughout America last summer, many memorials, art pieces, and more have been created all over the country to honor his life, as well as the Black Lives Matter movement. On Tuesday though, a George Floyd memorial art piece in Toledo, Ohio was destroyed after a lightning bolt blasted the mural. Let’s take a look at all the details here.

Toledo’s George Floyd mural at Summit and Lagrange collapsed today. A city building inspector says it was “just age. It just came away.” They had noticed it bowing recently. pic.twitter.com/pXcFqfznFc

According to the city fire department in Toledo, Ohio, a lightning strike demolished a memorial made for George Floyd on Tuesday. The mural, which was painted in honor of his life and the Black Lives Matter movement, had been created on the side of a bar. A little after five in the evening on Tuesday, the police reported that the art piece was ruined after a passing storm shot down a bolt of lightning onto the beautiful mural.

This confirmation was based on an investigation conducted by the Toledo Fire and Rescue Department as well as numerous witness accounts who were nearby during the scene. Hugh Koogan, the city building inspector in Toledo, Ohio, actually disputed that report though. He instead explained that the wall that the George Floyd memorial piece was painted on had already been showing signs of deterioration for some time now.

Hugh Koogan explained to the Blade that “It was just age. It just came away. It happens to the older buildings”, when talking about what Koogan believed truly destroyed the George Floyd Memorial. Regardless, the loss of such a great and important art piece is a tragedy, and we hope that the mural can be repainted someplace else sometime soon. As for the artist, David Ross, Ross does not believe it was old age that destroyed the piece. 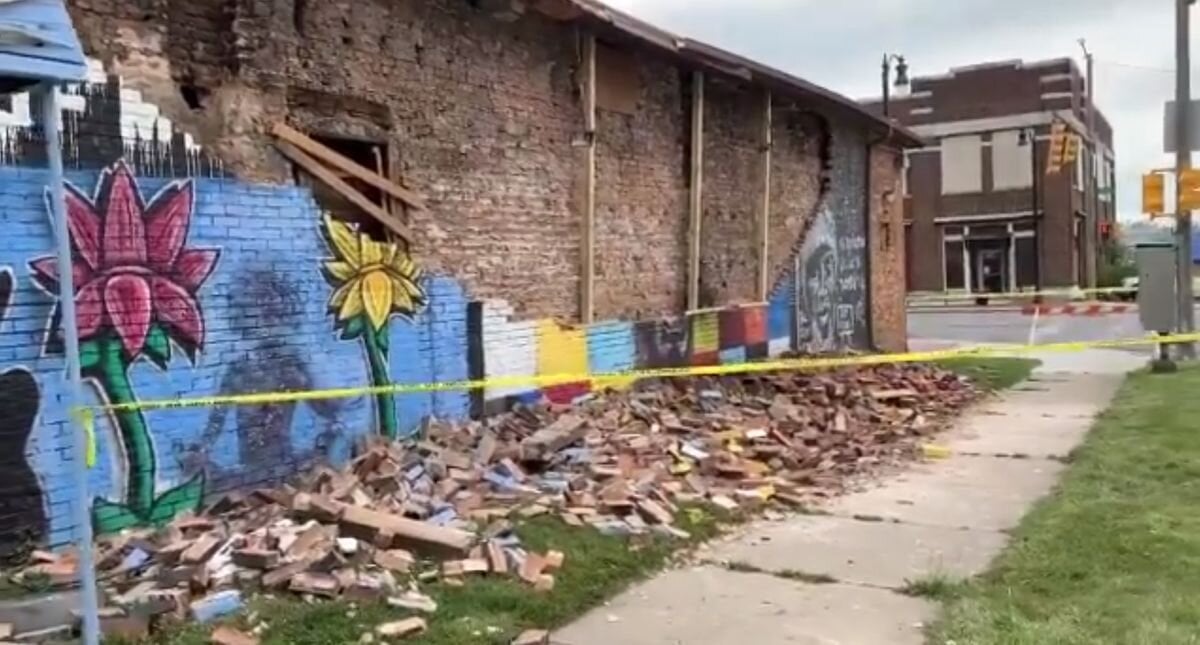 How did it fall?

The original artist behind the George Floyd memorial that was destroyed on Tuesday, David Ross, does not believe that it was old age that sent the wall tumbling down. Ross actually expressed that while he was painting the mural, he recalled the wall being incredibly strong, which was the exact opposite of what city building inspector Hugh Koogan said. So what was the real reasoning behind the destruction of the wall?

Well, this is certainly a mystery that still may remain unsolved. As for David Ross, he seems to be pretty sure that old age and deterioration was definitely not the reasoning behind the wall tumbling down. The artist specified that “When I did the mural, there was stuff on the wall that I couldn’t remove and that let me know how strong that structure was. The lightning thing, that’s possible, but I know it didn’t just fall”.

So will we be getting a new mural in Toledo, Ohio? So far, nothing has been scheduled yet by either the artist or the city for a new George Floyd memorial, but we’re hoping that there will be some sort of scheduling for a new replacement very soon. Either way, the destruction of such an important and special art piece is truly a tragic loss for not just the artist, but for the city and for the Black Lives Matter movement as well. 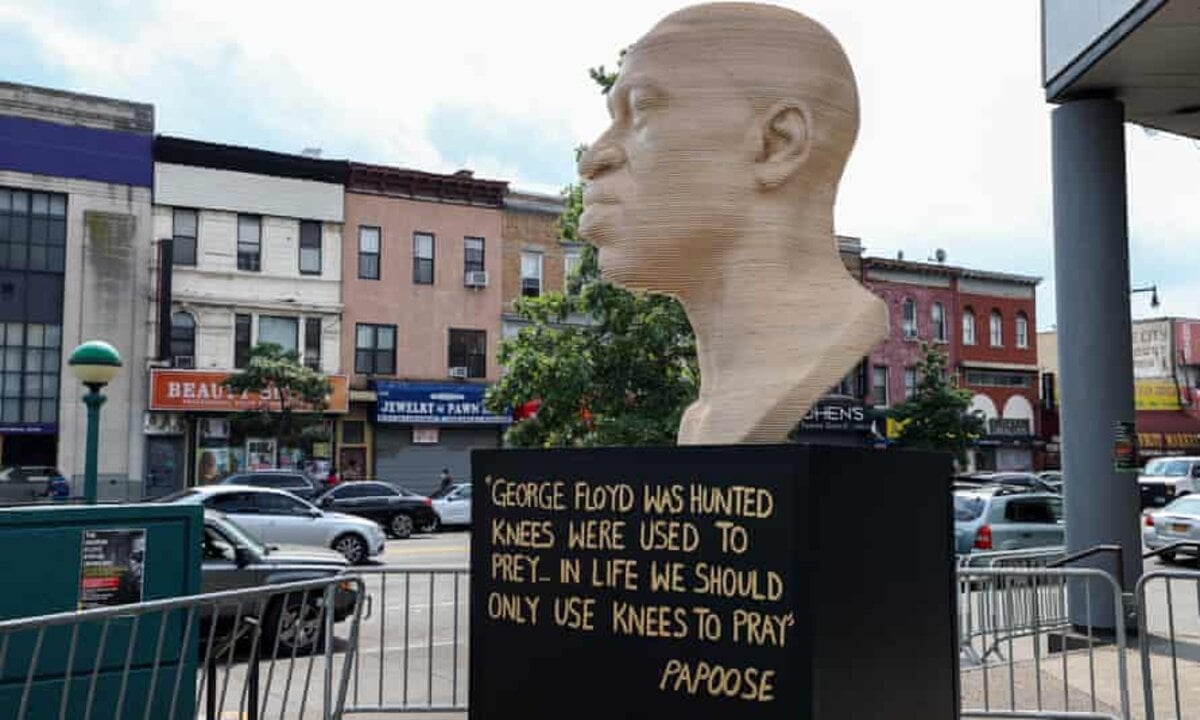 George Floyd was murdered a year ago by former police officer Derek Chauvin after Floyd was arrested for reportedly using counterfeit money at a store in Minneapolis. His murder sparked anger and frustration in the Black Lives Matter movement all across the country and world, and Derek Chauvin was convicted of his murder back in April. The former police officer was sentenced to twenty-two and a half years in prison. 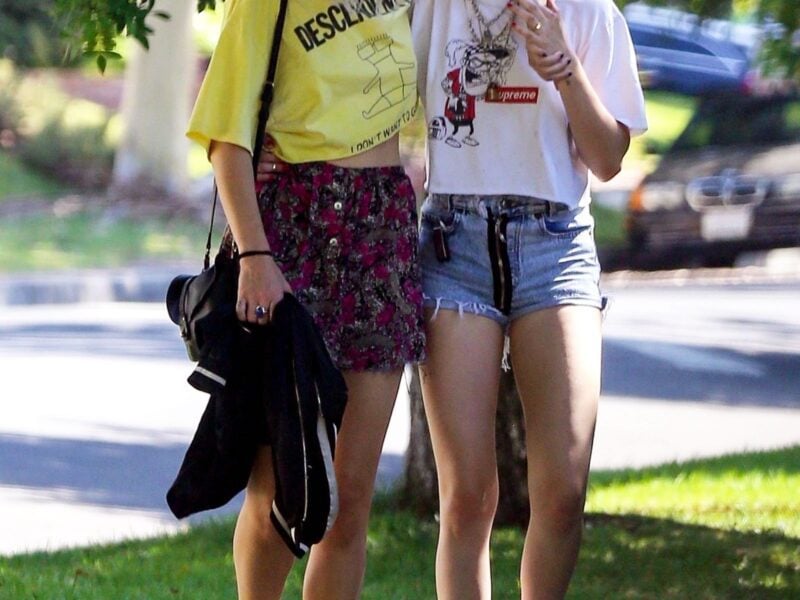 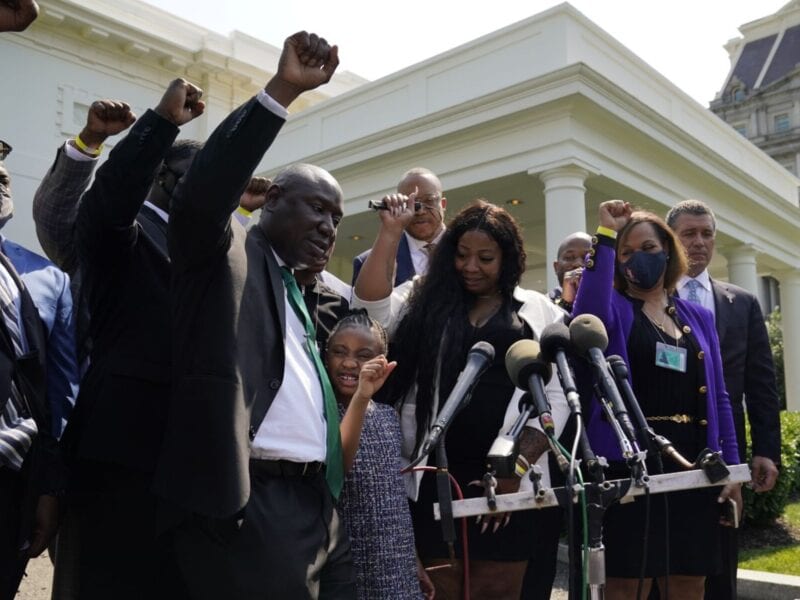