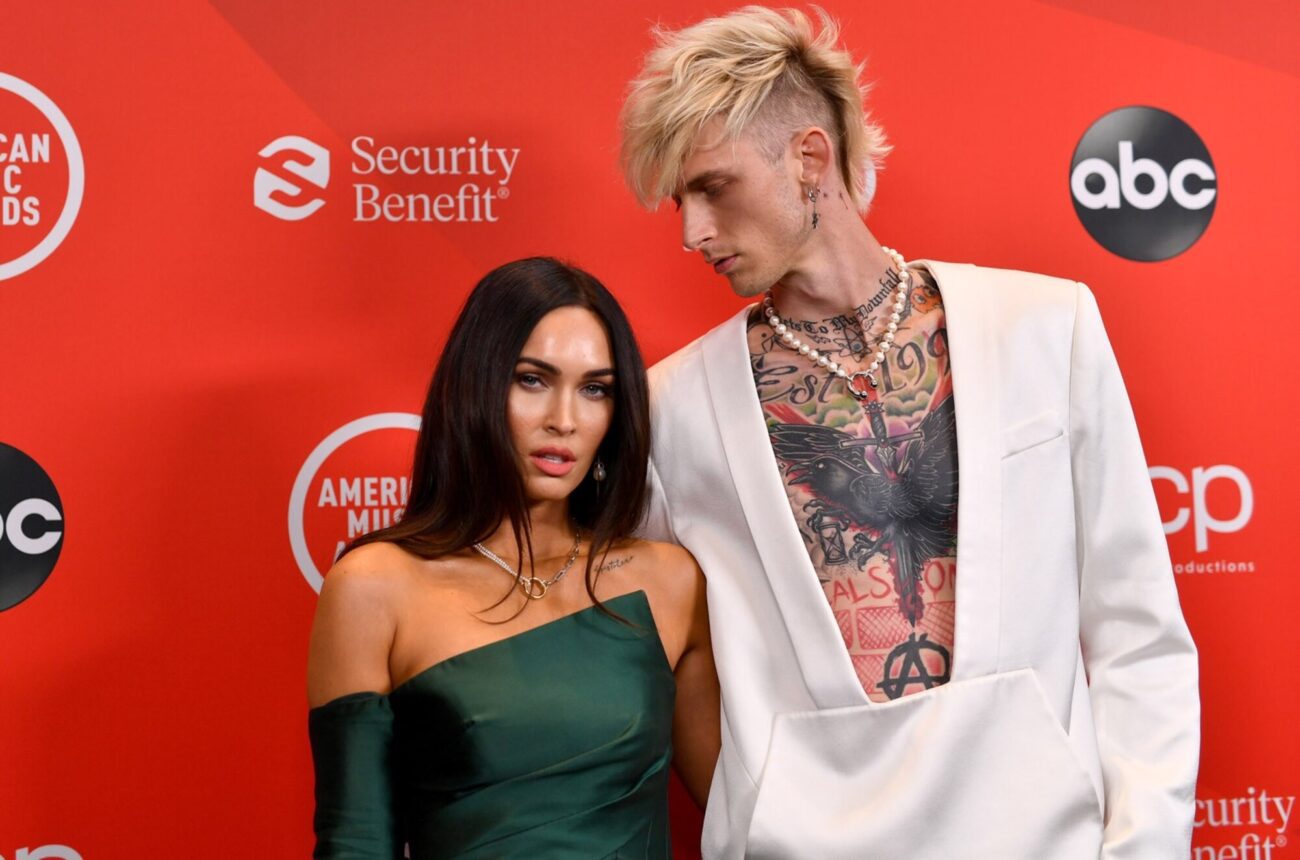 Does this prove Megan Fox and Machine Gun Kelly are engaged?

Actress Megan Fox and musician Machine Gun Kelly have been one of the biggest “it” couples on the internet ever since sparks flew between the two of them after meeting each other last March. Since then, it was clear that the two stars caught feelings for each other pretty hard as the celeb duo seem to be only going stronger and stronger as a couple with each new update on them. Could they really be “end game” for each other?

That’s certainly what most people think, especially as rumors of engagement between Megan Fox & Machine Gun Kelly have been swirling around the air the past few days. While nothing has been confirmed yet, at this point, most people would not be surprised if we soon saw Megan Fox sporting some sort of engagement ring. So what sparked those rumors anyways? Let’s take a look at all the details we know so far.

wishing i was a table at megan fox and machine gun kelly's air bnb pic.twitter.com/zkzlWLJF0N

What sparked the engagement rumors?

The latest engagement rumors between actress Megan Fox and musician Machine Gun Kelly first began back on Wednesday, September 8th at the 2021 MTV Video Music Awards rehearsals. Megan Fox had been supporting her boyfriend and watching him rehearse for his debut performance at the awards show when she was seen sporting a “ring on that special finger”. Of course, this news caused fans to go absolutely crazy.

What made folks even more prepared for some sort of engagement news between the two stars was that Us Weekly revealed that a source spilled that there may be a “surprise announcement” during Machine Gun Kelly’s performance at the VMA’s this year, which is scheduled to be on live TV this Sunday on September 12th. During his set, he’ll be on stage with drummer Travis Barker performing their new single “Papercuts”.

While fans were absolutely going ballistic over this news, as Machine Gun Kelly & Megan Fox have probably been one of the most talked about celeb couples in this past year, Megan Fox’s reps ended up turning down those rumors on Thursday, September 9th. There were no comments on the rumored ring the actress was apparently seen wearing on her finger, but it was indeed emphasized that the two were not engaged.

she said ‘i love you’ one year ago today

Head over heels in love

While Megan Fox and Machine Gun Kelly might not be making preparations to walk down the aisle anytime soon, it certainly seems like they’ve been heavily considering it through their posts and public proclamations of love & adoration for one another. Thirty-five-year-old Fox and thirty-one-year-old Kelly have been together for over a year, and first met in March of 2020 while on set for Midnight in the Switchgrass.

Months later, the actress starred in the musician’s music video for his single “My Bloody Valentine”. The two were so in love that Machine Gun Kelly even wears a pendant with a vial of Megan Fox’s blood around his neck. The musician recalled: “I mean, some people give like, a handkerchief to their partner or whatever. She gave me her DNA”. If you’re wearing your lover’s blood around your neck, you two are crazy for each other.

Back in April, a source even told E! News that Megan Fox was in fact planning on getting engaged and married to Machine Gun Kelly once her divorce from Brian Austin Green was finalized. It seems like the actress and musician are absolutely head over heels for one another, and we’re absolutely living for their cute posts about each other. While they may not yet be engaged right now, we’re sure the time will come very soon!