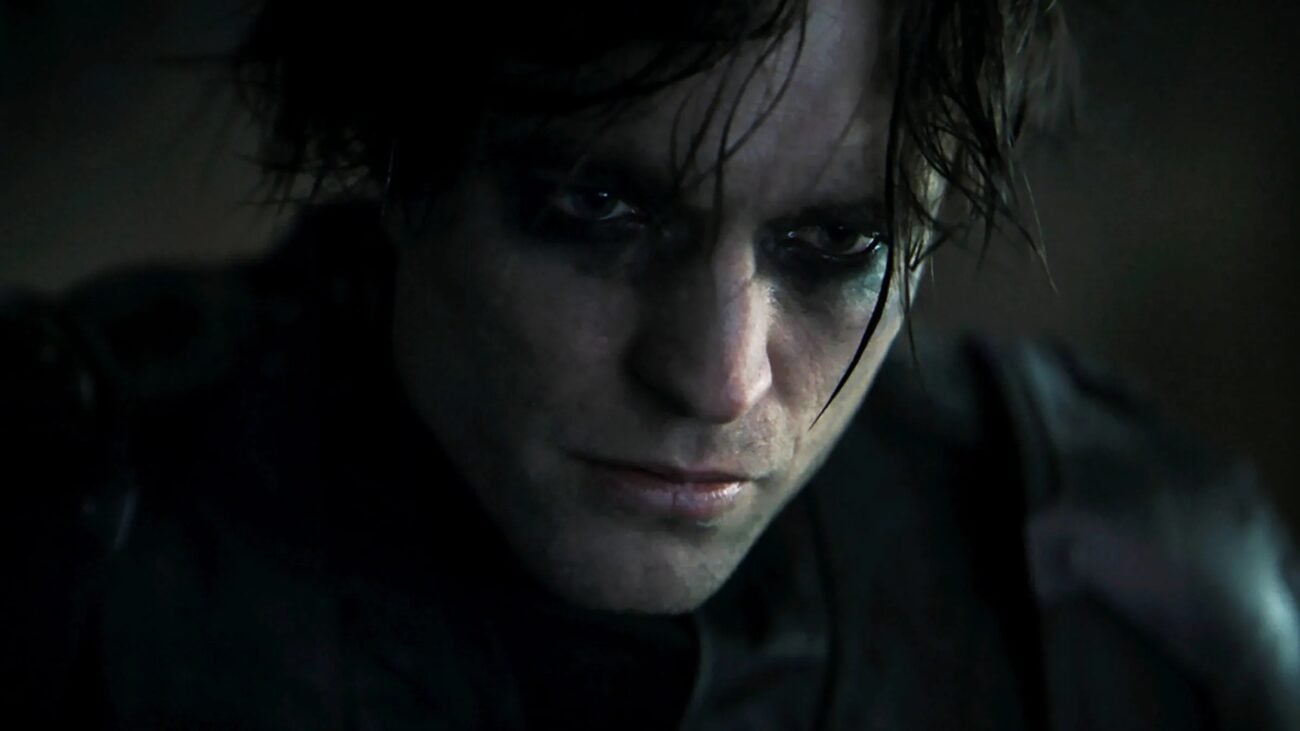 Who would’ve said that letting the fringe of hair go wouldn’t stop us from still being emos deep down? It’s finally 2023 and we’re supposed to be grown-ups already, many of us are working, finishing college, worrying about crypto, and ideally going to therapy. The emo aesthetic might be a little dead but the feeling is more live than ever for many of us.

At Film Daily, we’re big fans of humor & entertainment and that’s the reason we constantly write free streaming & meme articles for you. The truth is sometimes we need a little push, especially during this time of the year when everything feels new & cold. So have a laugh with these amazing emo memes, just keep in mind that you should ask for professional help if sadness persists. 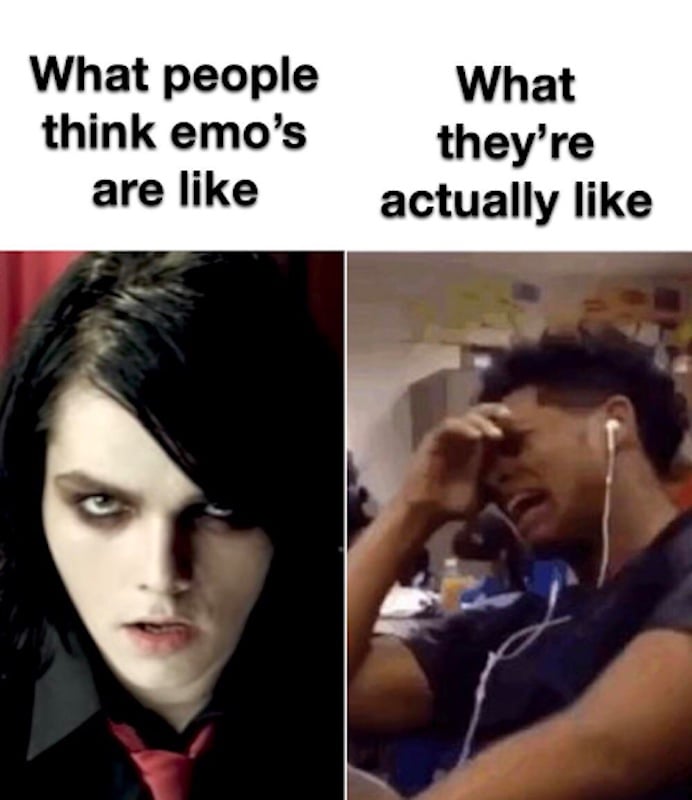 Context: what does it mean to be emo?

As every underground culture emocore goes far beyond a suicidal aesthetic, the whole movement began through music. Being emo became mainstream in the early 2000s with the success of bands like My Chemical Romance, AFI, Fall Out Boy, and Red Jumpsuit Apparatus. The emo essence is a style of rock music characterized by an emphasis on emotional expression, sometimes through confessional lyrics.

The musical style emerged from the post-hardcore and hardcore punk movement in Washington, D.C. in the mid-1980s. By the early 1990s, emo was embraced and reinvented by alternative rock, indie rock, and pop punk bands. As an adjective, “emo” refers to a style of behavior or a general state of unhappiness & melancholy,  especially among young people. So yes, go to therapy. 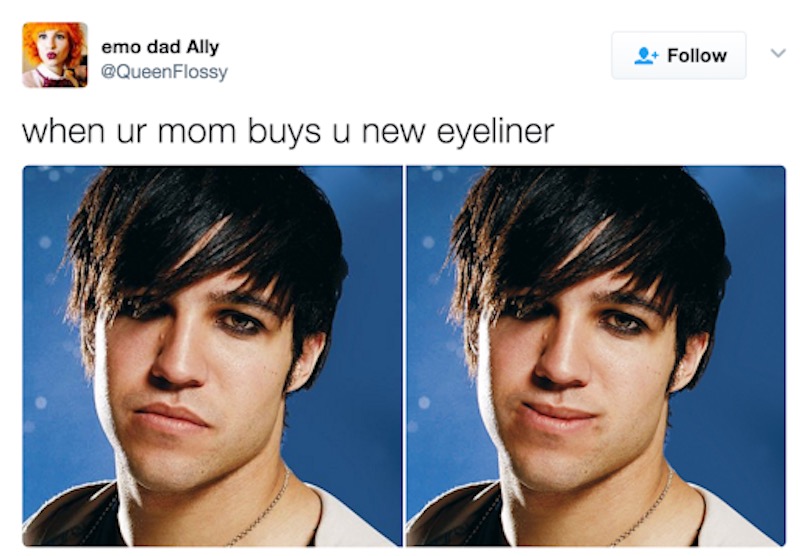 Don’t be fooled by a sad gesture, remember it’s part of the performance. The truth is getting a new eyeliner does make life easier. 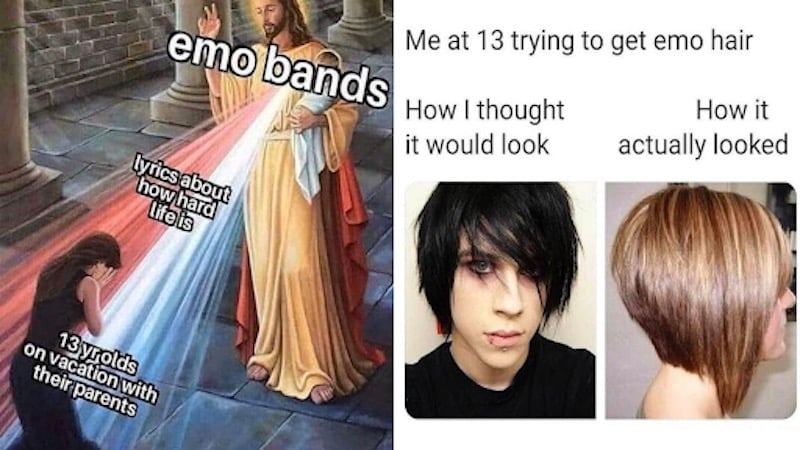 The emo fringe of hair

If you’re no longer looking emo you can always channel that energy through a bop haircut. 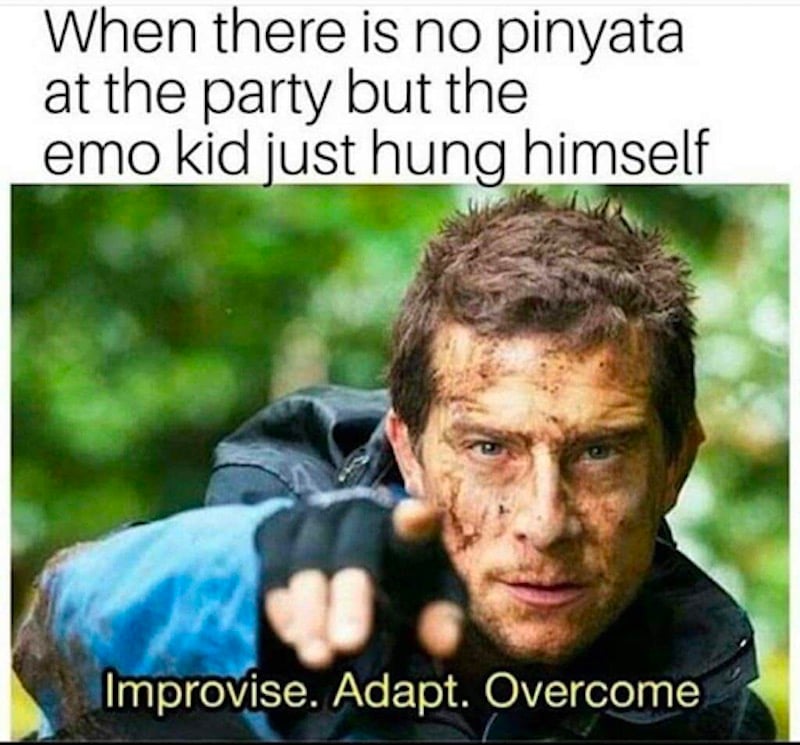 Remember to go to therapy

A meme with dark humor never killed anybody. Who would’ve imagined that emo humor is a great source of life? Please remember to deromanticize death, we love you very much ok! 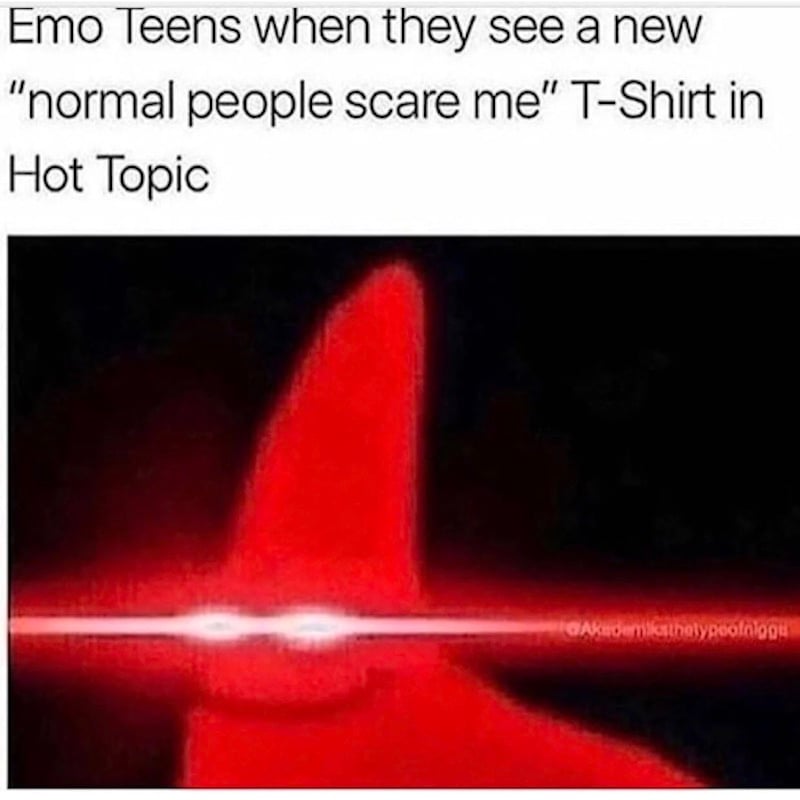 If you didn’t have a T-shirt with this phrase you probably shouldn’t be reading this article. Honestly, is there anything more nostalgic than watching the first seasons of American Horror Story? 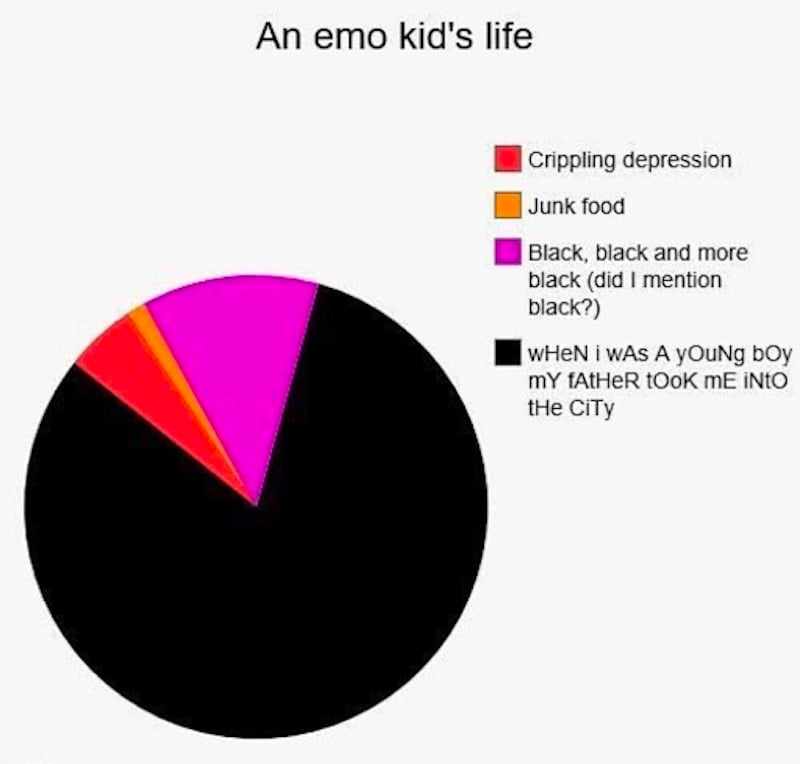 The good thing is that depression & junk food form part of this emo starter pack in a minimum amount. Remember to stay hydrated, wear black, and listen to your favorite emo band. 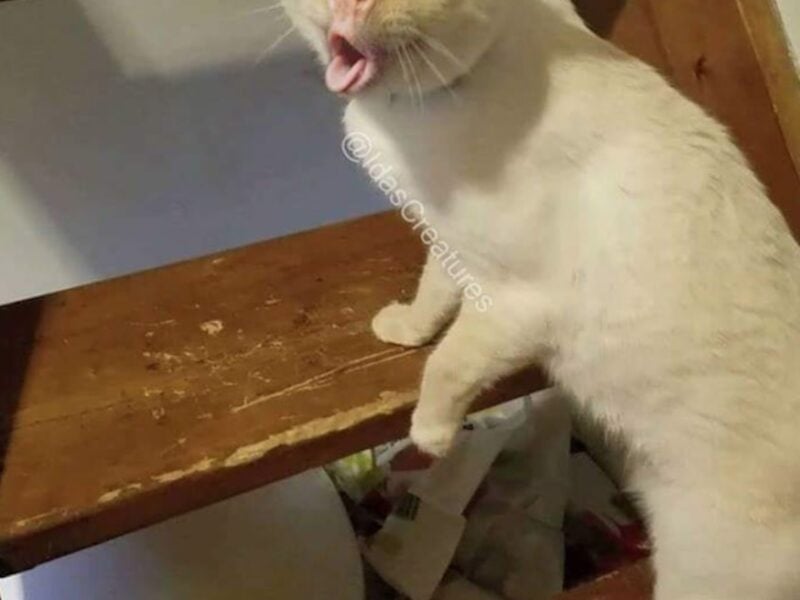