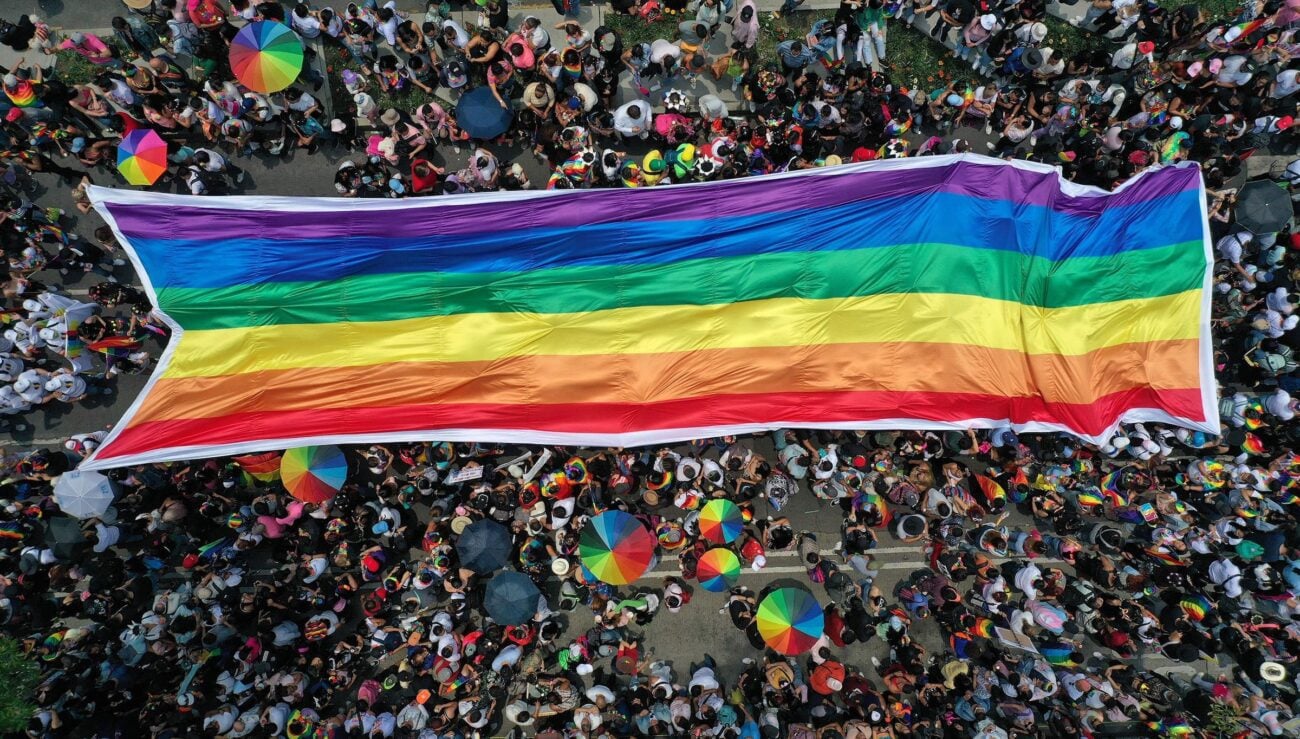 Getting to laugh at anything that was once harmful is definitely the biggest win. Honestly, this applies to everything, many of us experience it through our personal history. Laughing on trauma can be quite therapeutic. However, when it comes to queer LGBT+ identities that daily experience structural violence, getting to find humor is the biggest achievement.

Yet, there are several situations to consider around LGBT+ humor. First of all, it shouldn’t under any circumstance be violent, the whole point of laughing at something is to vindicate it. Second, a sense of humor depends on the involved people telling the joke, so it’s different if a group of queers is laughing at themselves than if a straight identity does.

Humor works thanks to archetypes & stereotypes, otherwise, it wouldn’t make sense. Far from canceling jokes & humor in general, just know how it works and stay critical. Also, most gay memes talk about general situations gay people go through and have no intention to harm. Having this in mind we’ve brought you a list of amazing memes to activate your queerest group chat this early 2023. Are you ready? 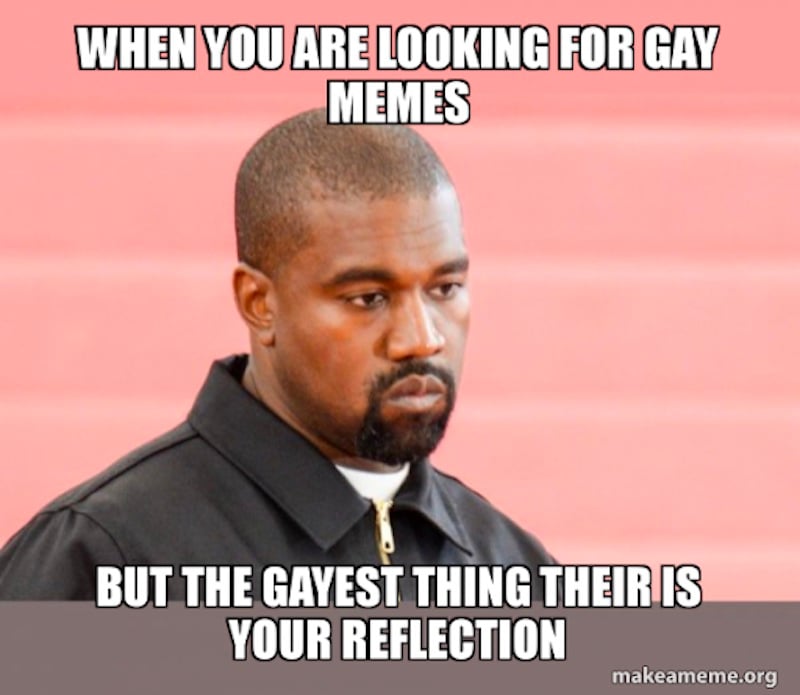 While cinemas are increasing their queer catalog, it’s sad how hard it can be to get good gay memes. So in this article, we’ll make sure you get to look at several gay memes further than your reflection, and we hope to be at least happy. 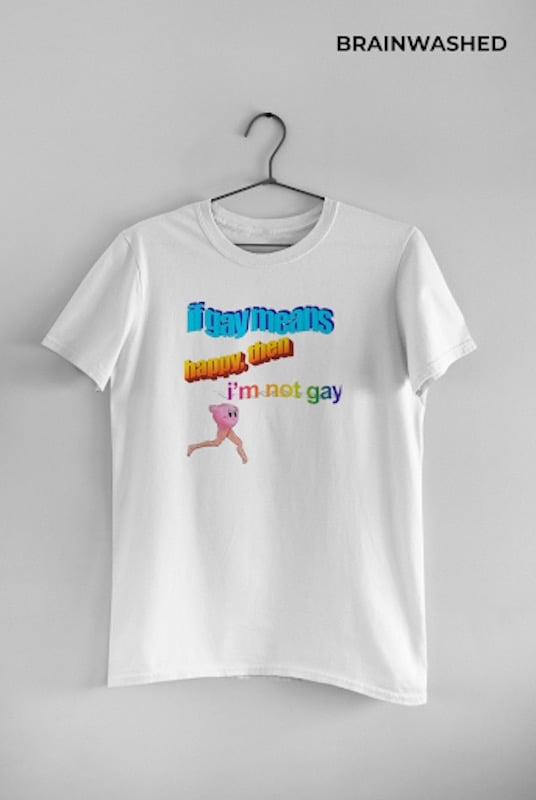 If gay means happy, then I´m not gay

This can be the perfect T-shirt to give a gay friend who is having a bad time. As you might know, the word “gay” was used as “happy” in the early 1900s, in fact, it can be read in F. Scott Fitzgerald’s novel The Great Gatsby. Although this is a simple

A funny T-shirt holds a strong political discourse behind it.

In 1990 the word queer was popularized in the LGBT+ movement, as a political term to manifest rage & disagreement towards the system. In the pride of 1990 in New York City one of the most important LGBT+ activist groups under the name Queer Nation held pamphlets that said: “I’m not gay as in happy but queer as in f you”. That T-Shirt holds so many messages, but let’s keep it fun. 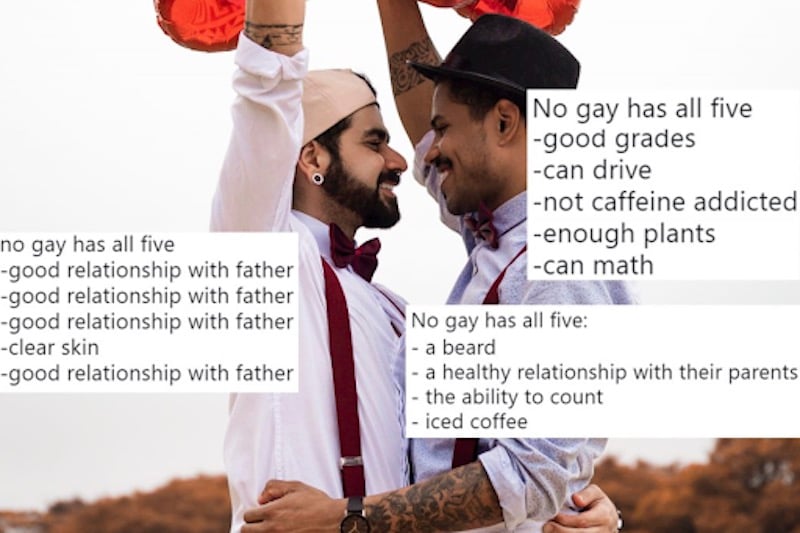 Do you know a gay that has all five?

This is the perfect example of getting to laugh about the harmful things of being different in a heteronormative society. Unfortunately, not all families are prepared to accurately accompany the process of their queer child. Meanwhile, we can laugh a little with our queer chat friends, hopefully at least one gets all five eventually. 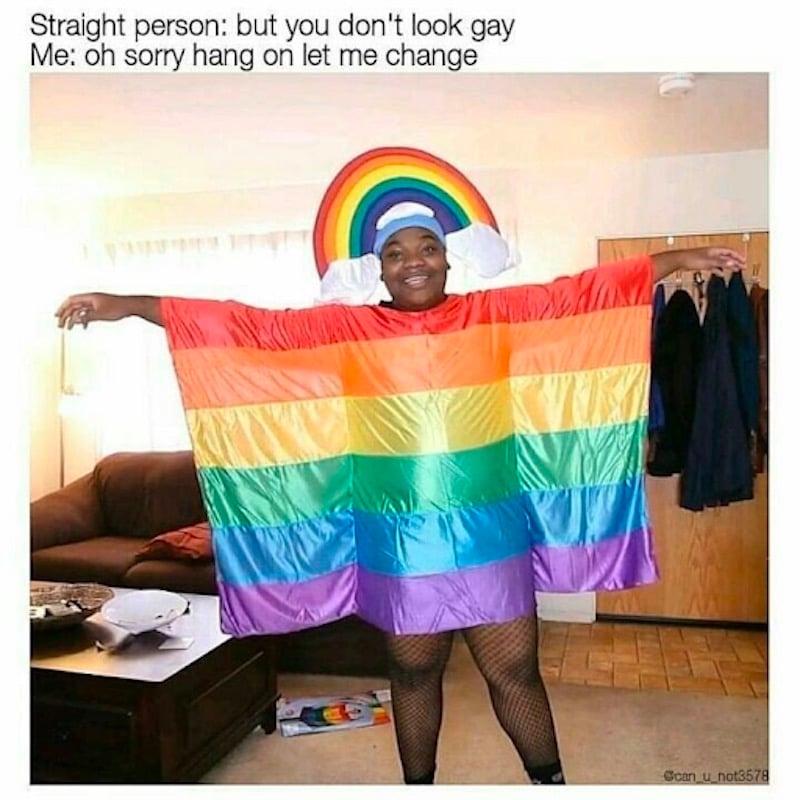 Wait, but you don’t look gay

Each gay gang has that one character who doesn’t look gay, whatever that means in the context you’re in. Although around history several queer symbolic manifestations popped up to safely express sexual orientation, like wearing one earring, in 2023 we should no longer assume anything. Also, it can be quite violent to demand identities to look like something, in particular, just don’t. Meanwhile, you can laugh about it. 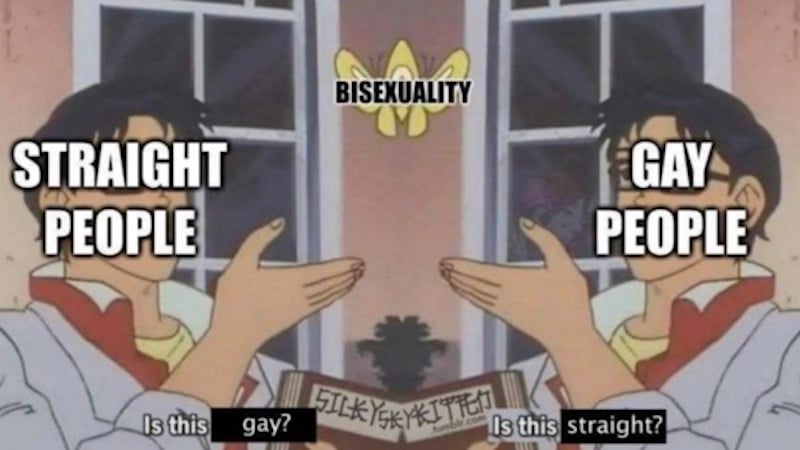 No one gets bisexuals

It feels like this 2023 we should talk more about polysexuality, which is the spectrum of sexuality that proposes attraction for more than one gender. Bisexuals & pansexuals as the whole diverse community will always have a place at Film Daily. 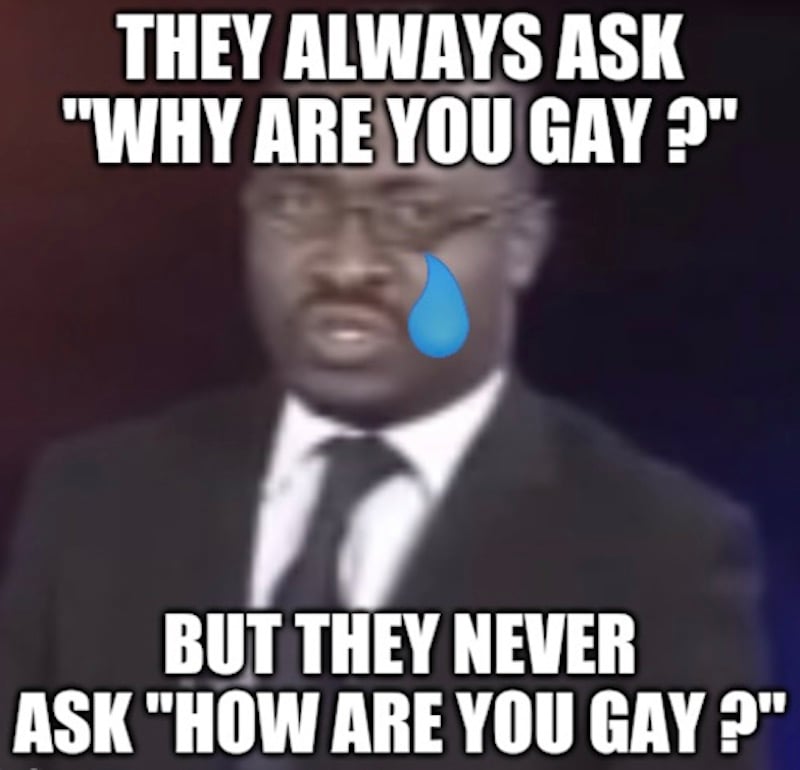 Friendly reminder to ask your favorite gay who is he doing

Sad, but true. Queer identities are constantly asked for the reason they “became” this way, further than getting interested in how they’re currently doing.