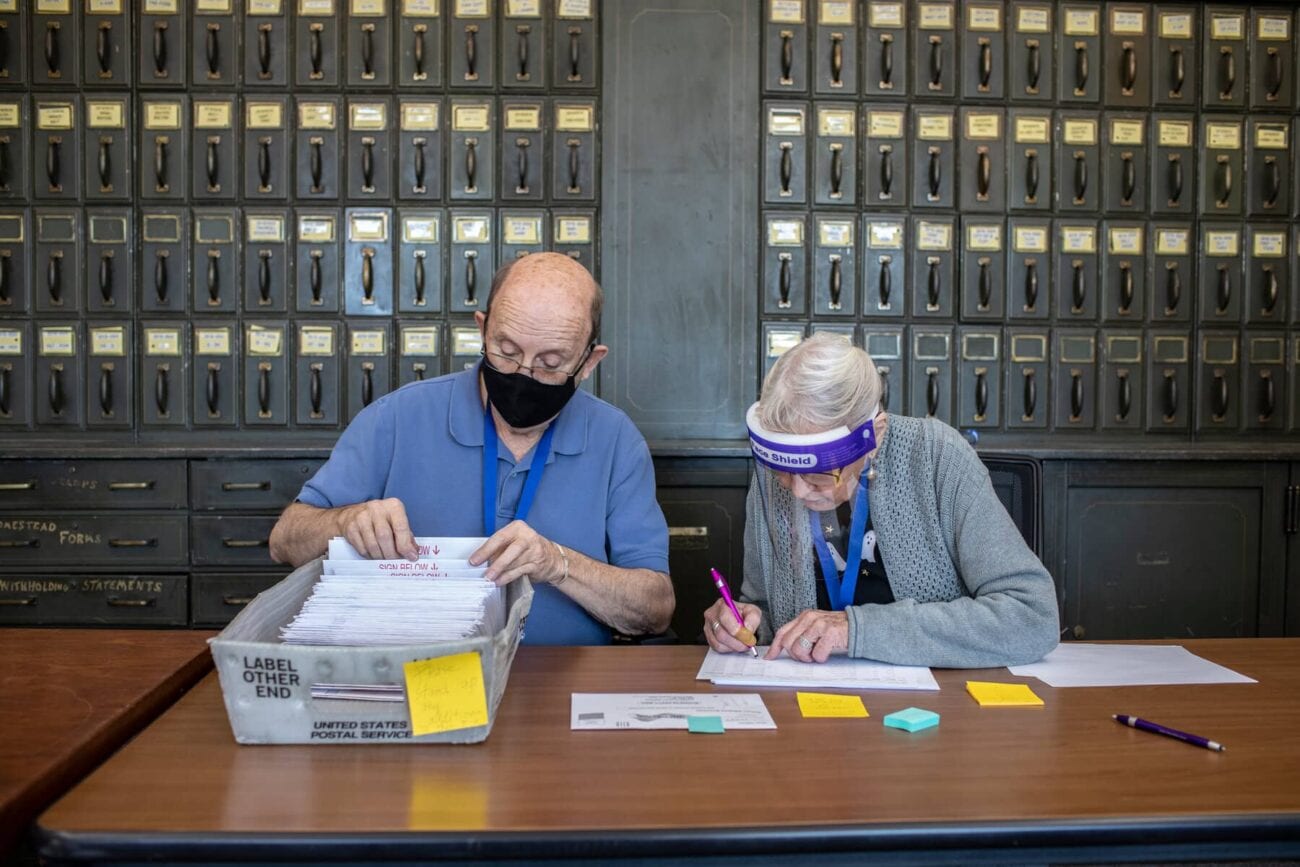 Is it finally over? The best memes about the 2020 election results

It wouldn’t be fair to compare the U.S. Elections to a roller-coaster ride, because a roller-coaster ride ends predictably & is fun in the moments that you’re not scared for your life. The counting of votes & the declaration of results was anything but enjoyable. It was a stressful week for everyone. The counting took forever that people started thinking if the sloth from Zootopia was the one counting the votes.

In the meantime, we saw the U.S. President have a meltdown in front of the world, unable to accept defeat, we saw news anchors & presenters calling him out on his tomfoolery, and we saw the joy every time a state turned blue. People took to all sorts of coping mechanisms as they waited for this horror movie to end. As we sat biting our nails & scratching our heads, we found ours: memes. 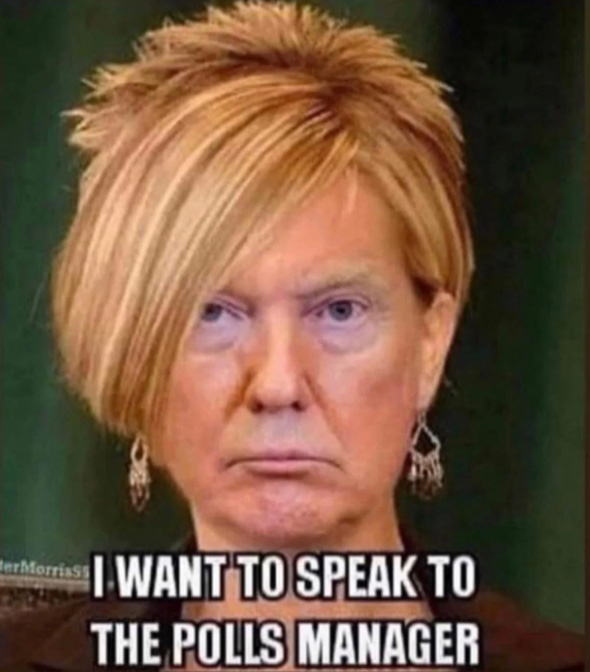 The ultimate Karen meme to “trump” all Karen memes

2020 has been the year of Karen memes. But with these elections, it seems like life has come a full circle. Karen here is a pejorative slang term used for an angry, entitled, and an often racist white woman. Do you know the kind of entitled woman who demands to speak to a manager at the slightest of provocation?

The one who can’t stop complaining & whining, who doesn’t want to see reason, and who absolutely doesn’t understand empathy? The President did a really good impression of Karen during election week. 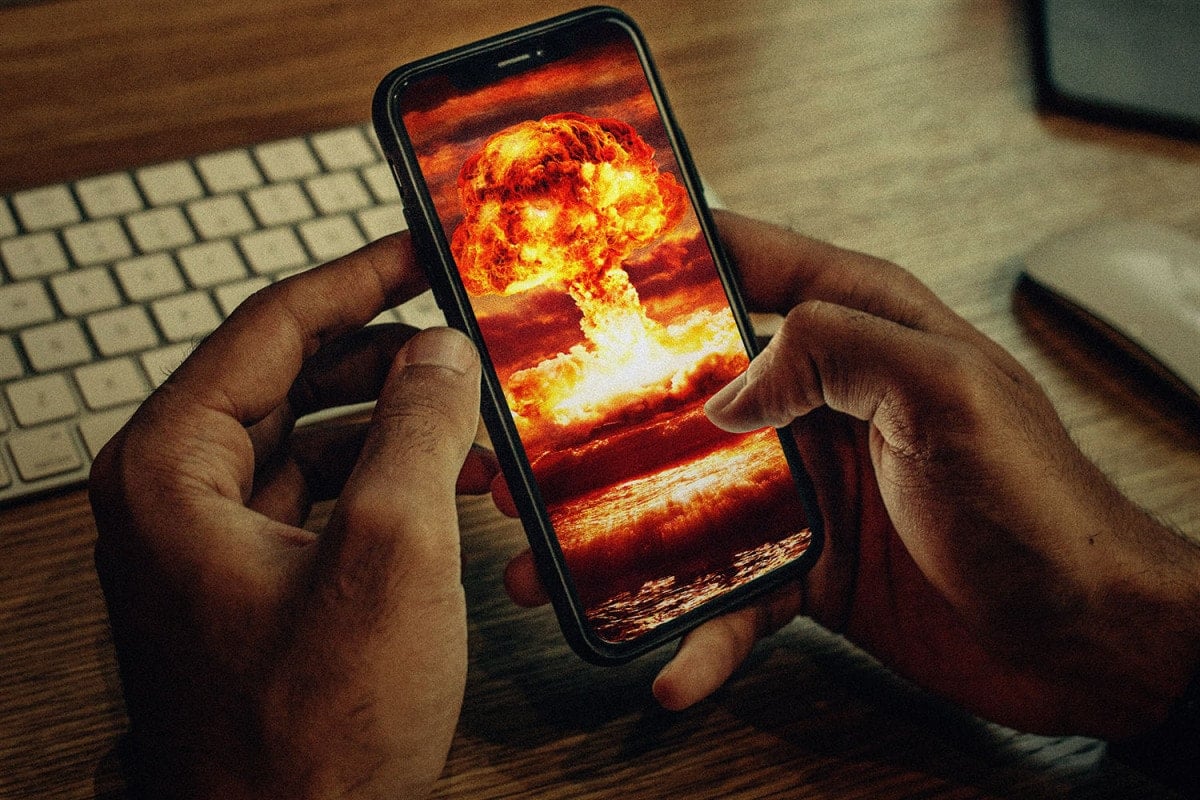 Just another promise that wasn’t kept

We couldn’t doomscrolling now, could we? We kept promising ourselves that we won’t check the screen, we won’t refresh our social media feed, that we’ll distract ourselves. But we knew the answer to “what were you doing when the results were announced” couldn’t be anything but doomscrolling.

Bojack at least wanted to be a good person sometimes

It’s one of those things: if you know, you know.

Remember when people didn’t want a women President because they thought she would be too emotional…. #TrumpMeltdown pic.twitter.com/k70HxaMFrr

And of course, the infantile meltdown that will find its space in history books

When the results started becoming pronounced & it was clear that the lights will turn blue, Trump started acting out.

He claimed that “illegal” votes were being counted (spoiler: there’s no such thing as an illegal vote), and in an attempt to try to rile everyone up, he tweeted, “STOP THE COUNT” That meant nothing, according to the electoral process, of course.

Reminded us of what they say about emotions & women.

I think we all know who's been counting the votes in Nevada… #USAelection2020 pic.twitter.com/WI1gw6Drs3

Nevada took a lot of time to announce the result. At that juncture, all eyes were set on them. This also meant that we had a lot of time on our hands to come up with theories as to why it was taking so long. We came up with quite a few.

And who we’ll be once it’s done

A great throwback to Titanic, we were aging through the election week at a greater speed than we’d aged in the last 4 years.

Nevada after counting 113 ballots in one day. pic.twitter.com/JAkgsBNT2p

Nevada laughing at the memes instead of counting the ballots pic.twitter.com/fwgz9i21vR

Not the election results, but the drama & the fun. 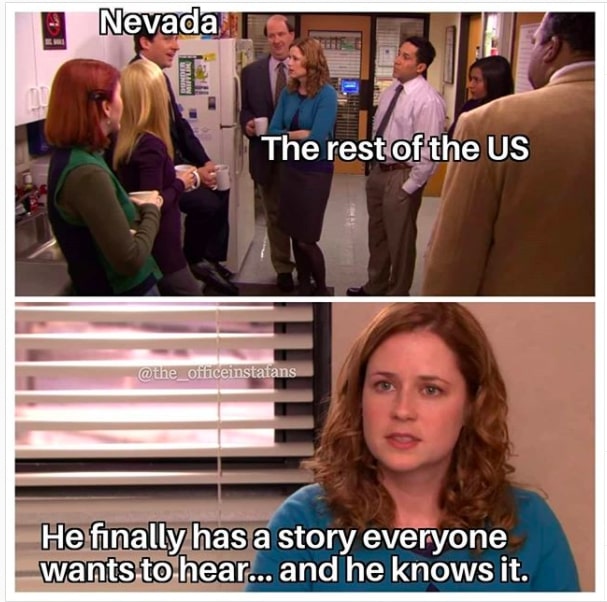 No better time for The Office memes

For once the memes didn’t seem so out of context.

In case you missed it, the Trump campaign called a press conference this morning in the parking lot of "Four Seasons Total Landscaping" in Philadelphia. The assumption is that they meant to book the Four Seasons hotel but made a mistake and just went with it. Seriously. https://t.co/K0w7wqoUs1

Never forget that this happened

They’re reasonable people. Not too demanding. This seemed like a fitting farewell. A communication mishap meant that the press conference, Trump was yelling about on social media happened in a parking lot, situated in the street next to a cremation center.

Call it a morbid sense of humor, but nothing will ever be funnier than this.