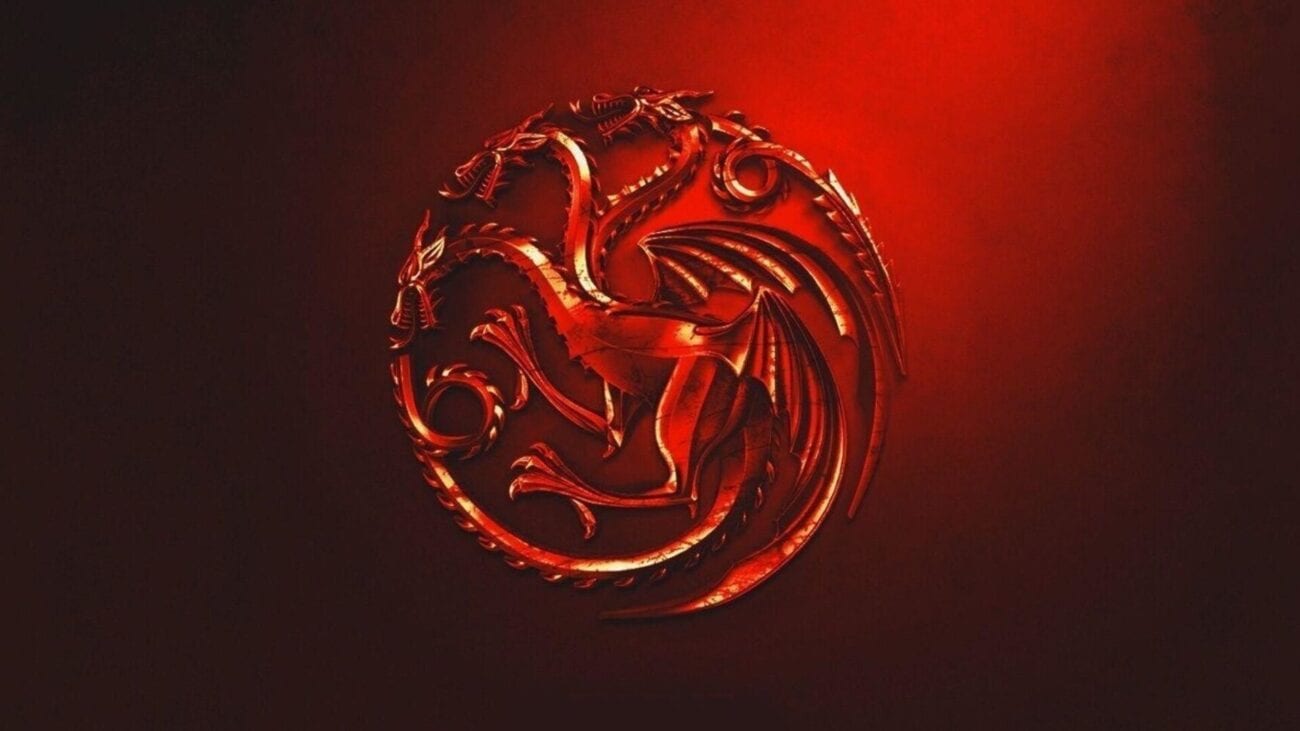 We have a long way to go before House of the Dragon premieres. The Game of Thrones prequel is scheduled to debut sometime in 2022, which means we have about a year’s worth of anticipation & speculation ahead of us. Will it be good enough to make people forgive HBO for the controversial GoT finale? How many dragons are we talking about here? And will the House of the Dragon cast become as popular as its predecessors?

Obviously, we don’t have any solid answers for those questions yet. However, HBO has released some tantalizing pictures of the House of the Dragon cast in full costume, in what looks like production stills. Do you remember the first time we caught a glimpse of Ned Stark, Daenerys Targaryen, Jon Snow, or Cersei Lannister? This is a bit like that.

Well, there’s a difference. Back when HBO’s original Game of Thrones adaptation was announced, the only people with high expectations were readers of George R.R. Martin’s books. After the success of the GoT show (even factoring in the divisive finale), the audience for anything related to Martin’s work has increased exponentially. So yeah, House of the Dragons cast: the whole world is watching. 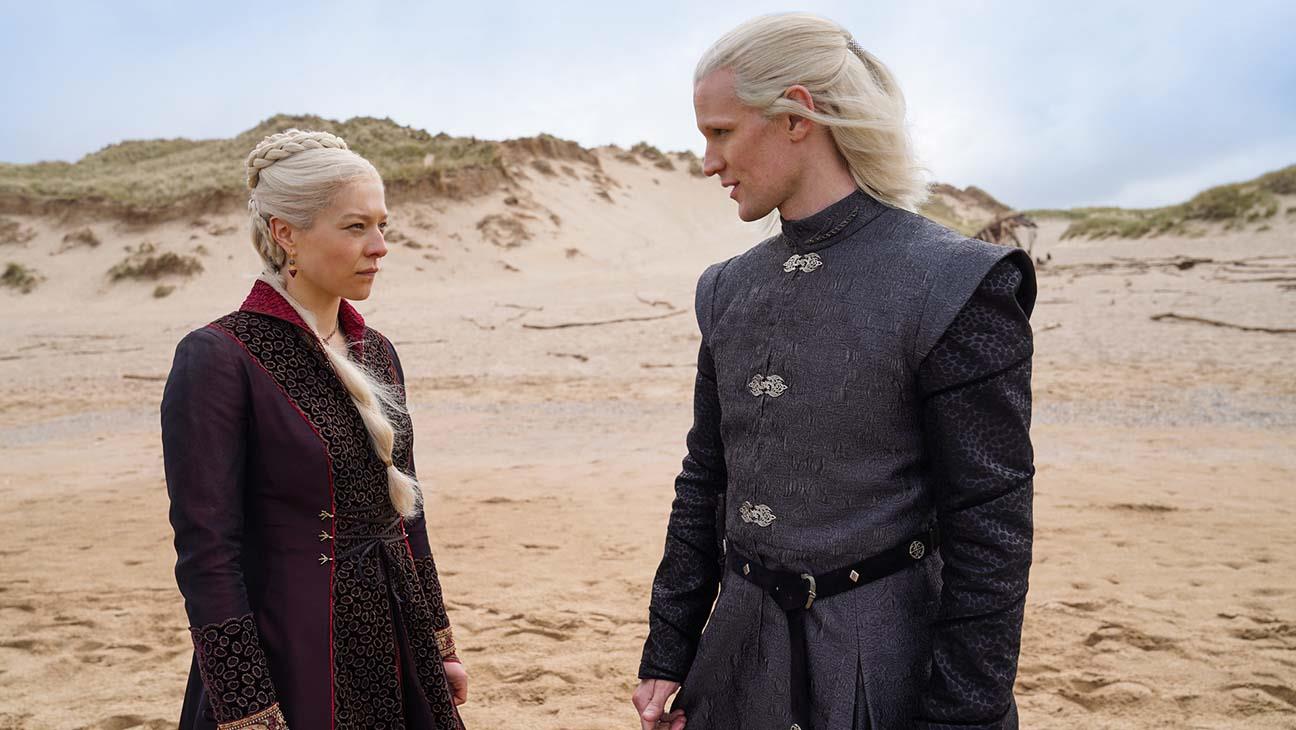 Yep, that’s the Eleventh Doctor with blonde hair. Will Doctor Who fans be able to take Matt Smith seriously in his Targaryenized version? Smith is one of the leads in the House of the Dragons cast, playing Prince Daemon Targaryen, the younger brother of King Viserys and heir to the throne. Is Daemon a good candidate to the throne or is he one of those mentally unstable Targaryens? It could go either way.

Next to Prince Daemon we have his niece, Princess Rhaenyra Targaryen, played by Emma D’Arcy. The daughter of King Viserys has it all: pure Valyrian blood, dragons at her disposal . . . ah, but she’s not a man. That can get in your way if you have political ambitions in the world of House of the Dragon.

By the way, you may know Emma D’Arcy from the Nick Frost / Simon Pegg comedy show Truth Seekers. Quite a change of pace, suiting up for Westeros, isn’t it? 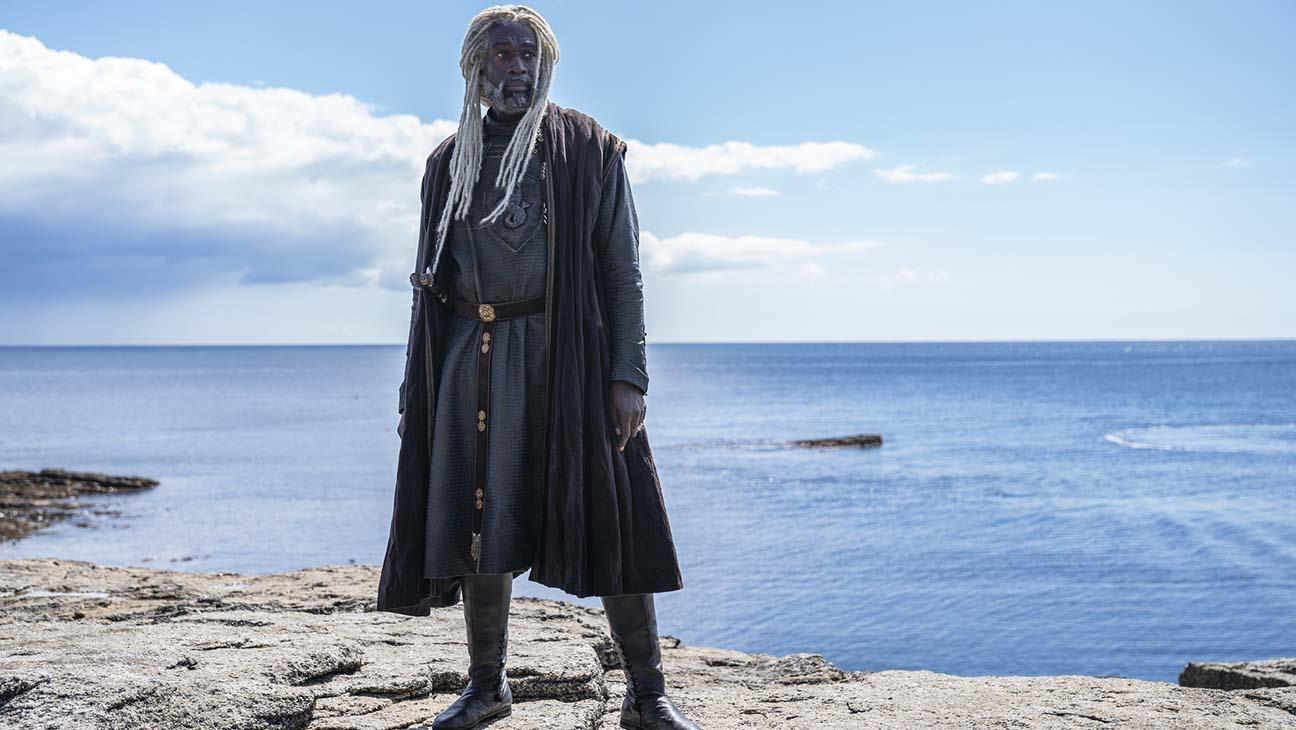 You gotta love all these GoT names, with all the random Ys that somehow make them all sound epic. How many people will be changing the Twitter handle to “(something) Velaryon” next year? Or maybe they’ll change it to “The Sea Snake”, which is Lord Velaryon’s moniker in House of the Dragon.

Played by Steve Toussaint – another Dr. Who alum – the lord of House Velaryon is known as a legendary nautical adventurer in Westeros. House Velaryon boasts as Valyrian bloodline as old as House Targaryen, a treasury richer than House Lannister’s, and the largest navy in the world. So what we’re saying is . . . you don’t want to get on The Sea Snake’s bad side. 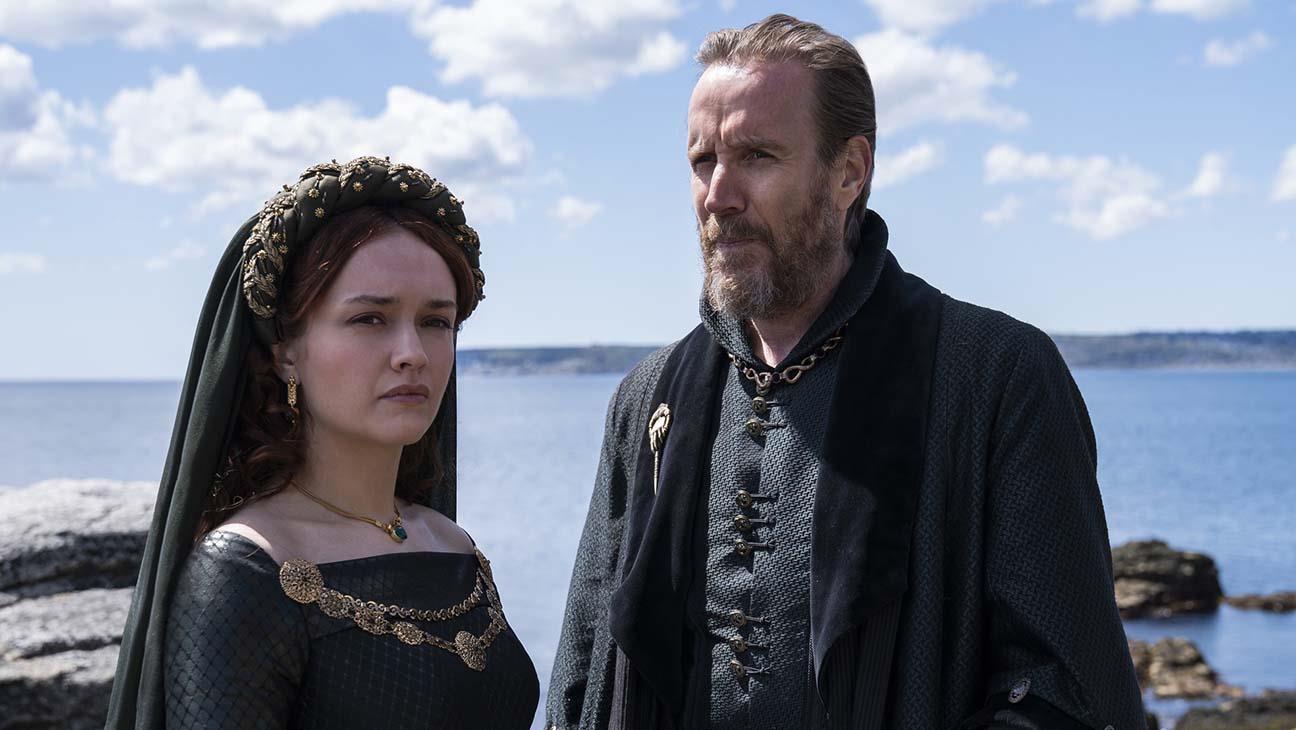 “Otto”? There’s a character in Westeros named “Otto”? We’re sorry, but Rhys Ifans is gonna have to put on a hell of a performance to keep us from thinking of Dr. Octopus or Kevin Kline in A Fish Called Wanda. Ifans is a good actor though, so we have faith in his portrayal of the Hand of the King – a man who sees Prince Daemon as the biggest threat to the realm. Ohhhh, drama.

Next to Otto (heehee) you can see his daughter Alicent, played by Olivia Cooke. We’ve seen Cooke everywhere, from crowd-pleasing blockbusters like Ready Player One to artsy Oscar contenders like Sound of Metal. Her role as Alicent will exploit Cooke’s good looks – the Hand’s daughter is apparently known as the most beautiful woman in Westeros – while also having the actress play a cunning political mastermind.

What do you think of the House of the Dragon cast so far? Are you holding off judgment until we see photos of the dragons? Let us know in the comments!