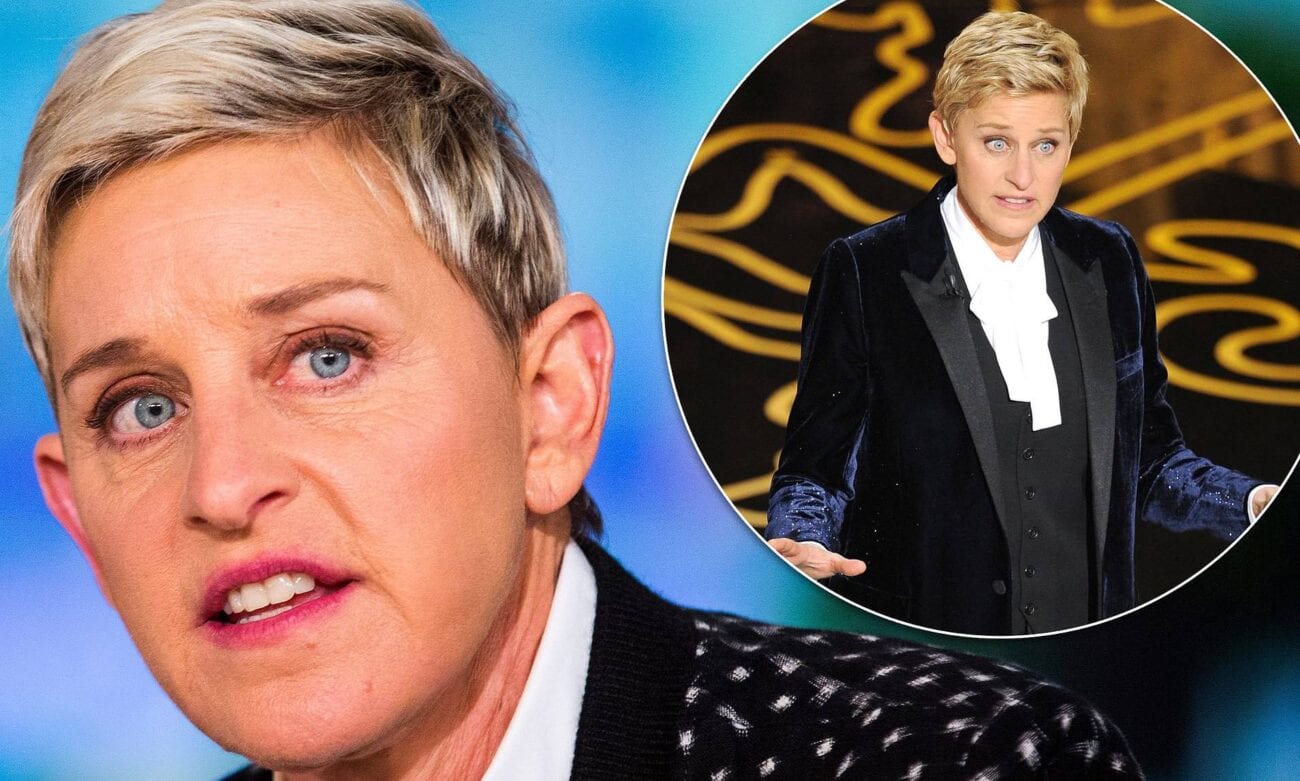 Is Ellen DeGeneres mean? A waitress was nearly fired over nail polish

Amidst allegations of her mean behavior, Ellen DeGeneres has endured some serious scrutiny in the spotlight over the past few months, with claims of everything from a “toxic” workplace to workplace harassment and general rude, diva-like behavior.

Although several A-list celebrities have emerged in support of DeGeneres, the talk show host’s alleged actions have divided viewers and encouraged witnesses to speak out on their experiences; dozens have produced stories and accusations, leading WarnerMedia group to launch an internal investigation, and Ellen to deliver a formal apology.

From instances ranging from heavy accusations of harassment to minor encounters of dissatisfaction, some speculate if group mentality and “cancel culture” have blown another story out of proportion. If you still can’t believe DeGeneres could actually be mean, here’s a story about some nail polish suggesting otherwise. 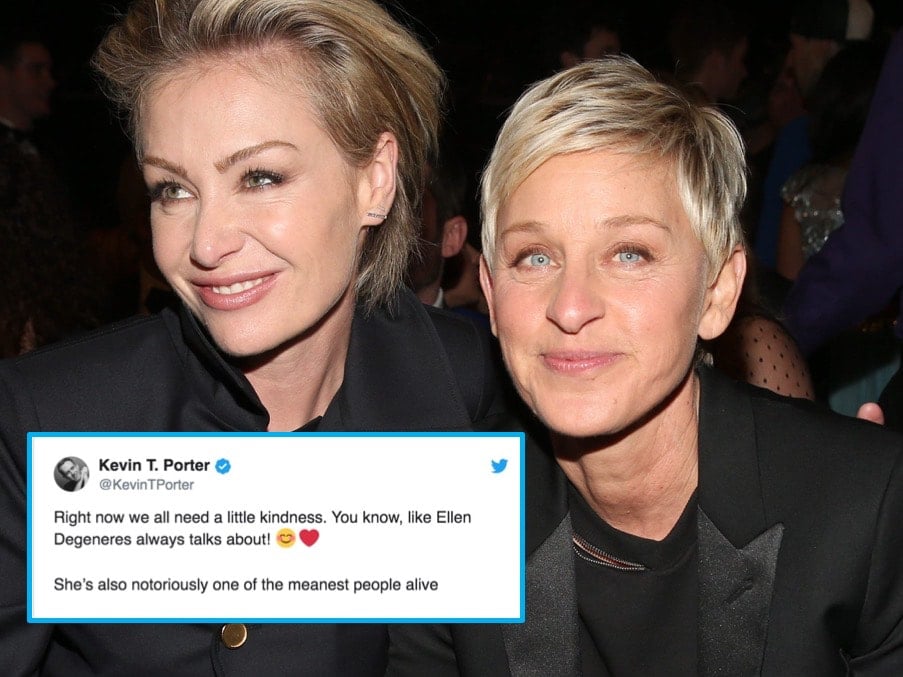 An aspiring stand-up comedian moonlighting as a waitress serves a popular talk show host – then drama ensues. That’s exactly what happened to Chris Farah as she recalled a 2014 encounter with Ellen DeGeneres.

When an April 2020 Twitter thread exploded with stories describing why Ellen is “one of the meanest people alive,” it was near-impossible to keep track of all of the allegations from the former crew of Ellen’s show to those working in entertainment and hospitality industries.

One story caught attention more than others thanks to its account of Ellen outside of her celebrity persona, as a restaurant patron – one who tried to get her waitress fired over some nail polish. 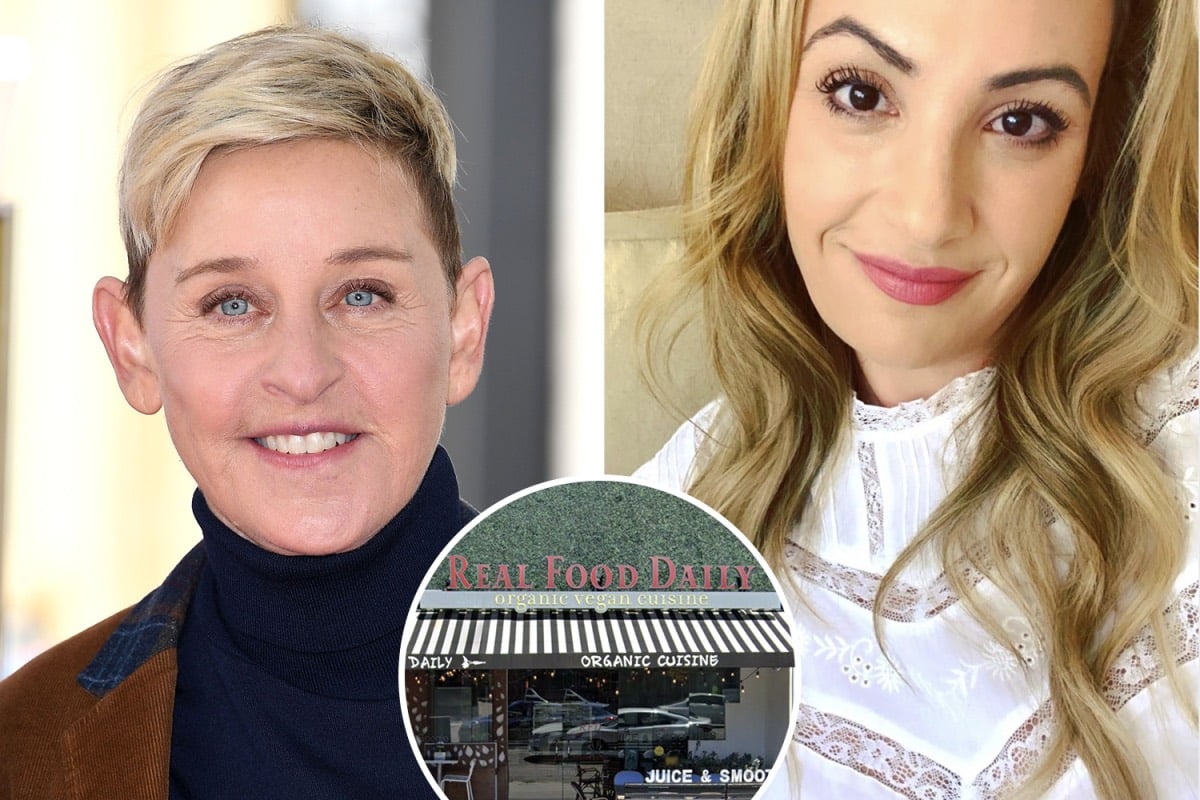 Chris Farah waited on Ellen and her wife, Portia de Rossi during a brunch shift at a vegan restaurant called Real Food Daily. Despite believing herself to be polite and charming, Farah’s personality was not enough to win over a judgmental DeGeneres.

Farah described her entire encounter to DailyMail, having noted Ellen’s demeanor as “a little weird” and even remembered Ellen asking about – and ordering – the same food as another celebrity in Farah’s section – Christina Applegate.

After her shift was over, Farah acknowledged the experience hadn’t been what she expected when serving a celebrity, but believed Ellen had an enjoyable experience – until Farah was confronted by her bosses a week later.

Ellen may be unemployed before the year is up. Unsure what’s going on? Take a look at where it all went wrong for Ellen DeGeneres. 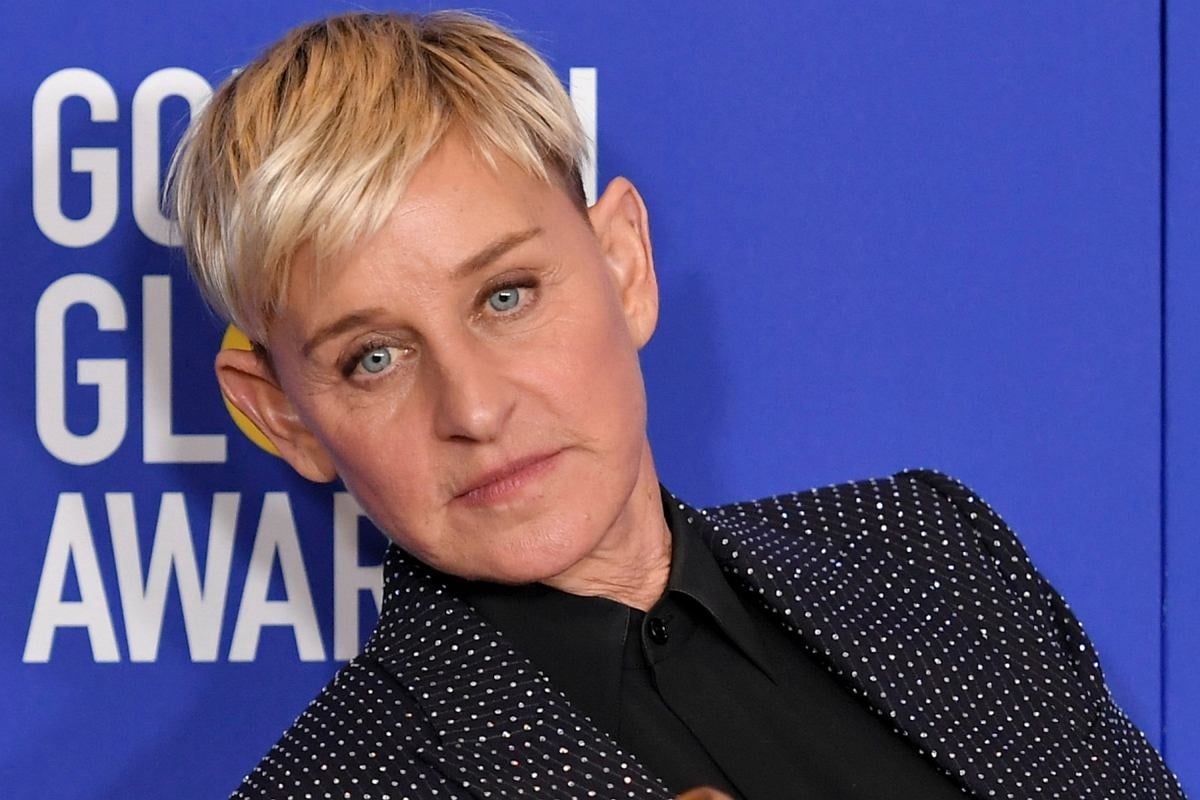 When Chris Farah’s managers called the thirty-two-year-old over during a shift, Farah remembered they had asked her if she had waited on Ellen DeGeneres the week before. Farah also recalled to DailyMail how Ellen was a friend of the restaurant’s owner, and sincerely expected to receive positive feedback from the star’s visit.

Instead of praise, Farah received a warning from her managers – although not without some recognition of its absurdity. Reportedly, Ellen emailed the owner of Real Food Daily, her friend named Anne. The purpose of Ellen’s communication? To complain about how Farah had chipped nail polish on one finger while serving Ellen and Portia.

Thanks to pressure from the owner, the managers told Farah they’d be seeking consequences, beginning with a two-week suspension due to the complaint. Farah admitted she did chip her nail polish, but the timing of her shifts – closing at 11:30 the night before, and opening early that morning – did not allow time to get it fixed. 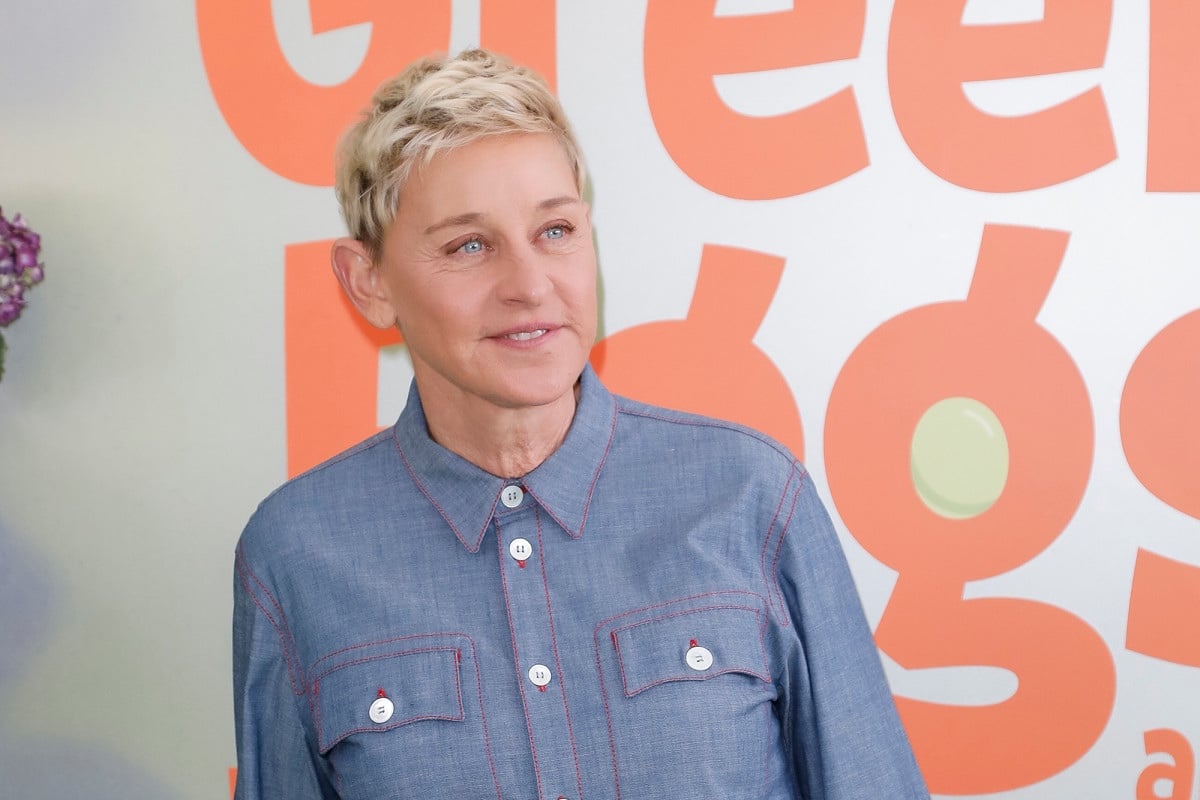 Ellen almost gets her waitress fired

Farah also recalled how other than the aesthetic of the minor detail itself, the chipped nail polish did not impact any other aspect of service, and especially not the food.

When Farah shared her thoughts with DailyMail, she described the entire situation through a lens of disappointment: “[Ellen] really went out of her way to try to hurt someone who was beneath her and serving her.”

Farah followed her astonishment with, “It’s not anything akin to her image of ‘be kind’. It’s unnecessarily cruel and out of touch, and doesn’t understand the repercussions.” Instead of being subjected to the two week suspension, Farah had already put in a notice, deciding to pursue stand-up comedy as a full-time career. 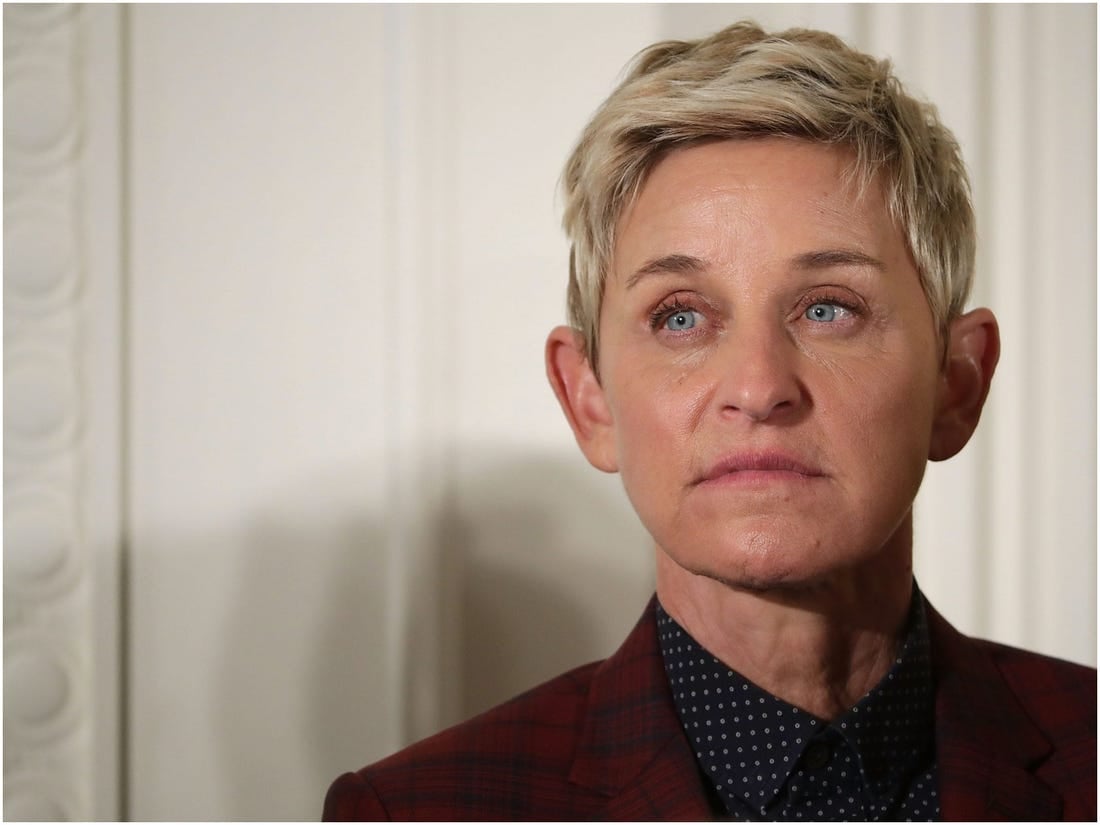 Farah’s criticism of DeGeneres’s behavior informs the current discourse around the talk show host’s actions, and more relevant, adds controversy to the grounds on which other A-list celebrities have come to her defence.

As Farah concluded her thoughts during her interview, “[Ellen’s] obviously a very rich, famous, television person. She has to assume the person serving her is not as rich or famous as her . . . and she knows the power she has over this particular restaurant and owner because she has a relationship with them.”

While some critics of the “cancel Ellen” movement are celebrities who express they’ve never been mistreated, accusers suggest this perspective overlooks the celebrity bias not accounting for the way DeGeneres treats any non-celebrity; Farah believes Ellen should be judged on these actions – the ones occurring outside of the spotlight.

Oh, how the tables have turned. Will Ellen DeGeneres lose her spot as America’s reigning talk show host? Here’s our investigation into those involved with Ellen DeGeneres’s downfall.