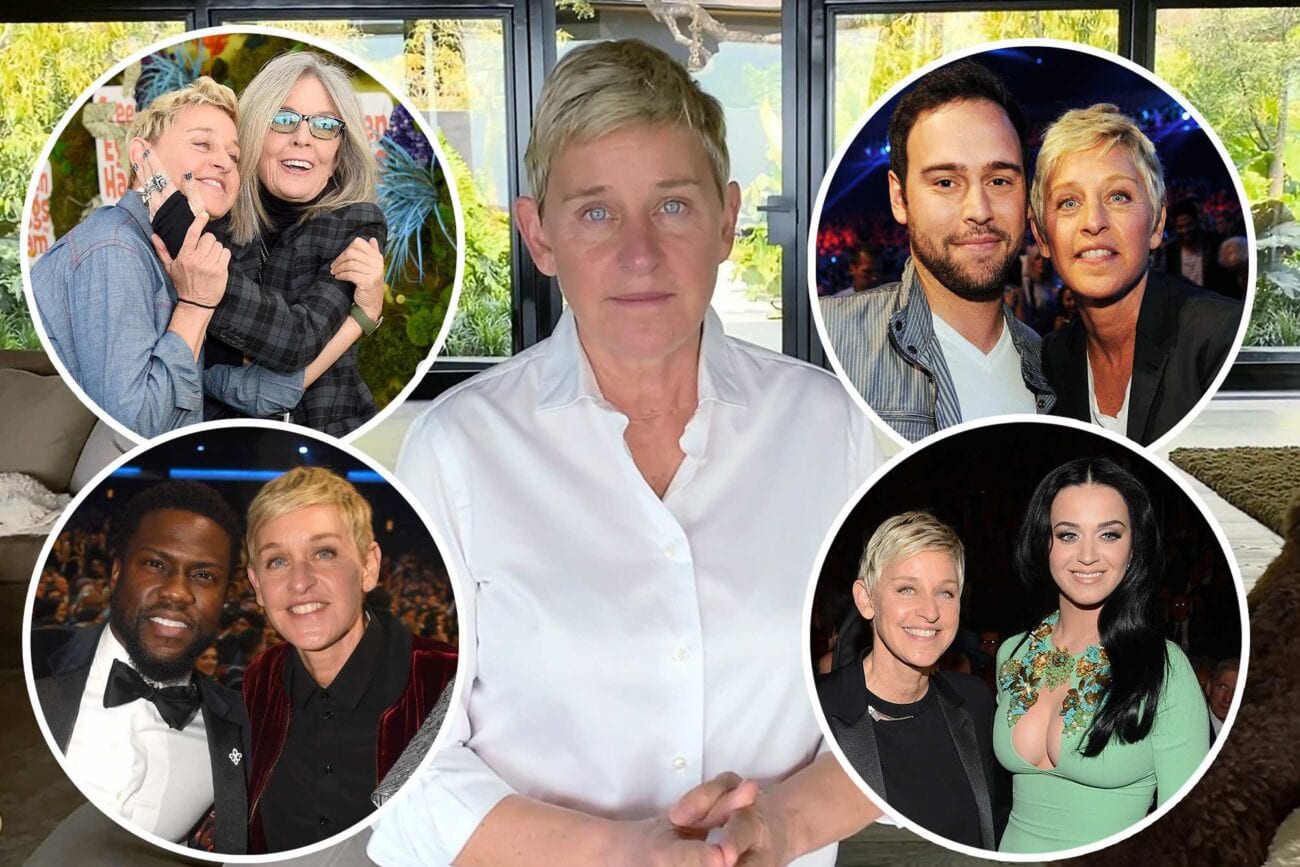 All the celebrities defending Ellen DeGeneres for being mean

Allegations of Ellen DeGeneres’s “mean” behavior continue to gain ground against the TV host, whose show was once synonymous with charity and kindness to all.

When the mounting complaints from Ellen’s staff & crew – who’ve worked to provide a foundation for The Ellen DeGeneres Show over seventeen seasons – reached a breaking point last week, the production company, WarnerMedia, responded by launching an internal investigation.

Despite the criticisms of workplace harassment, toxicity, and insufferable attitudes – made by staff & high-profile guests of Ellen’s show – plenty of celebrities are speaking out to defend DeGeneres’s “meanness.” 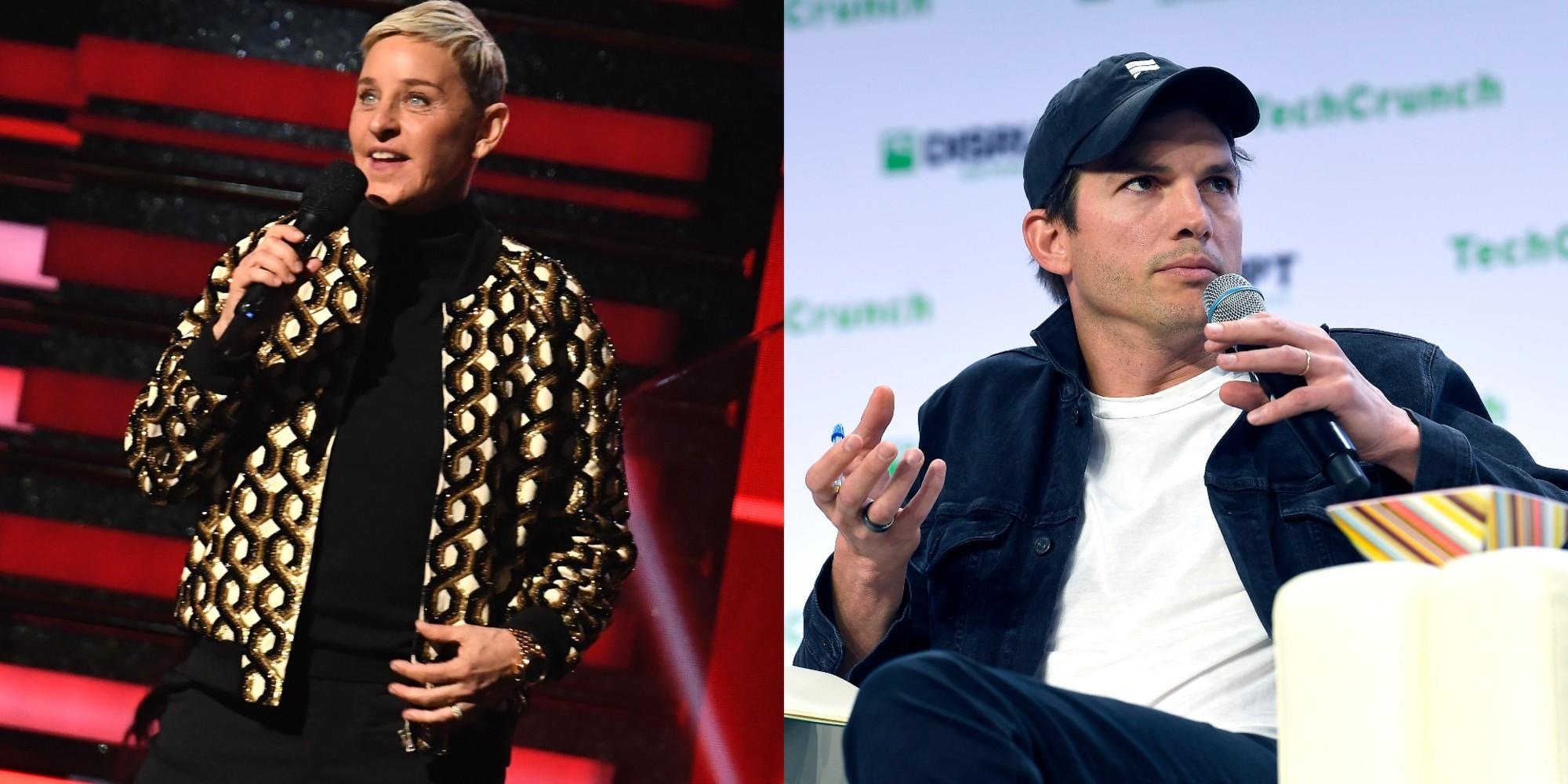 Long-time viewers of The Ellen DeGeneres Show know how close DeGeneres and Ashton Kutcher are. Aside from having featured several times as a guest, Kutcher and Ellen have enjoyed a long spell as both close friends and neighbors.

Kutcher even surprised Ellen with a $4 million donation to her wildlife foundation back in 2018, citing how he wanted to reward a friend who does everything for everyone else, while rarely asking for favors in return.

In light of recent allegations, Kutcher took to social media to speak about his own experiences, and those of his staff, while working with Ellen: “She & her team have only treated me & my team w/respect & kindness.” Kutcher concluded his post by acknowledging Ellen fixes things when they aren’t correct – at least from what he’s seen. 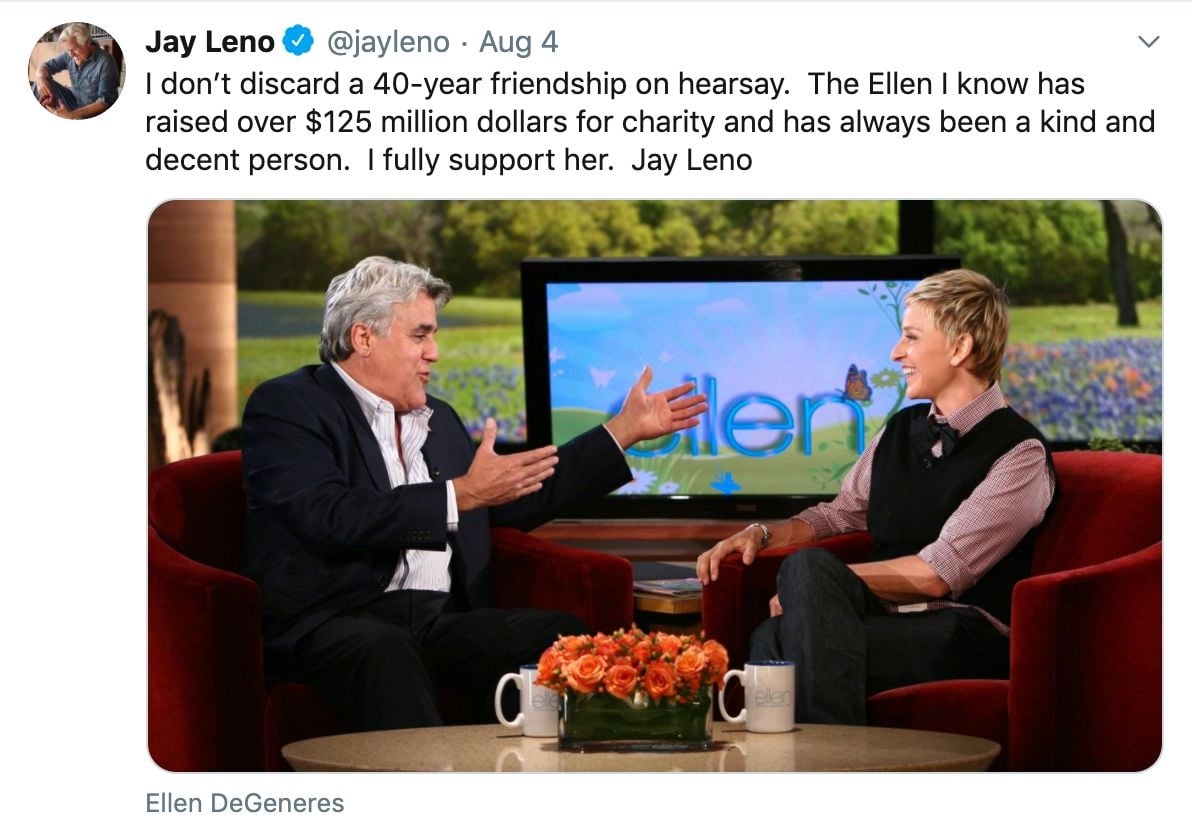 As a former stand-up comedian and late-night talk show host, Jay Leno shares much in common with Ellen’s own rise to fame. Leno hosted The Tonight Show for seventeen years between 1992 & 2009 – a lengthy run DeGeneres is set to surpass.

Leno and DeGeneres have been friends and colleagues for nearly four decades, and he’s dismissed the current allegations as “hearsay,” not having been subjected to any unsavory behavior himself.

In support of Ellen, Leno tweeted, “The Ellen I know has raised over $125 million dollars for charity and has always been a kind and decent person. I fully support her.” 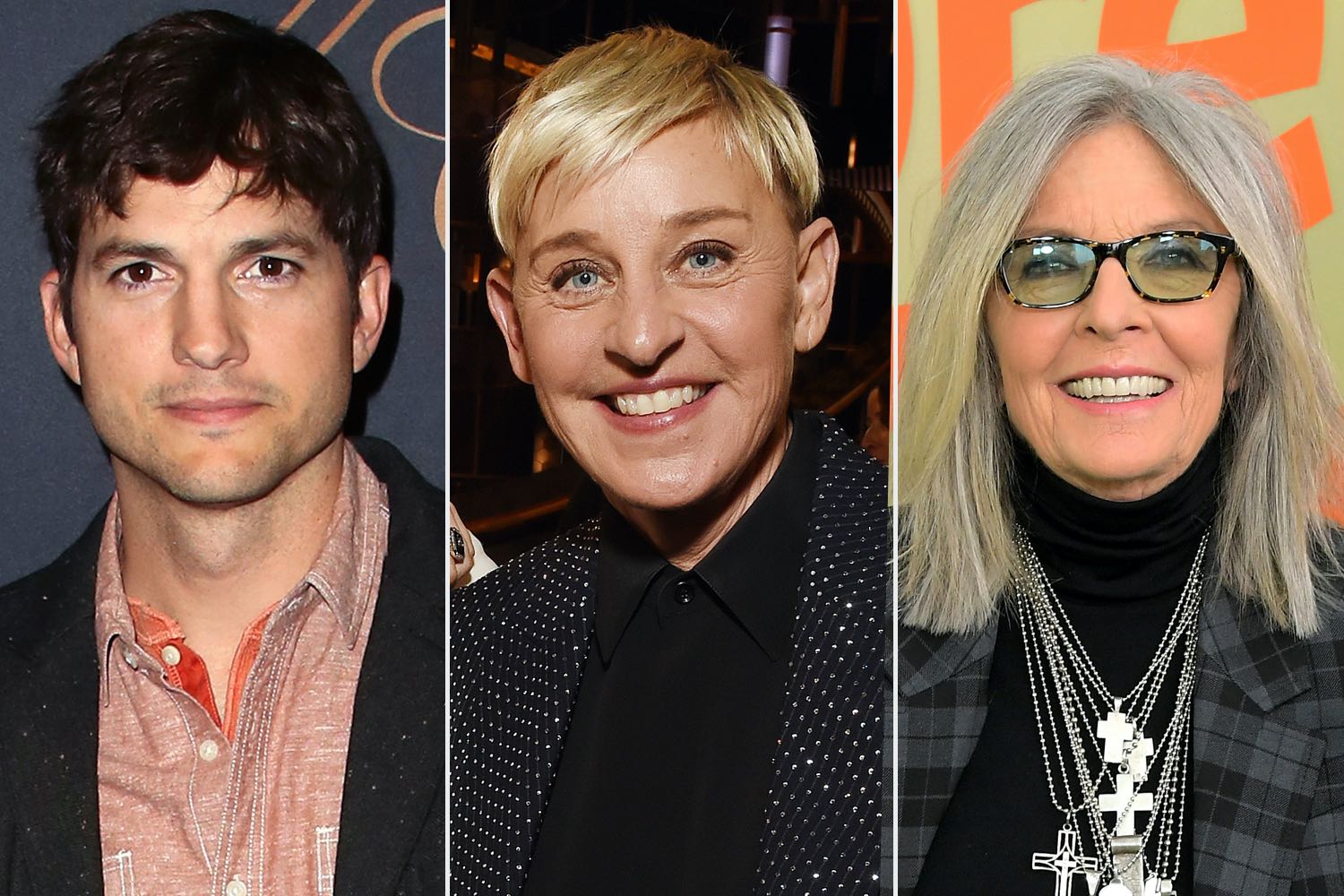 If you’ve ever seen an interview with Diane Keaton, the award-winning actress is known for her honest, unpredictable, and charismatic approach to answering straightforward questions – she’s the epitome of a great talk show guest.

Keaton’s charm didn’t go unnoticed during any of her appearances on The Ellen DeGeneres Show, always eager to appease the host by answering the most “burning questions” about her love & sex lives.

Keaton didn’t hold back her response to hearing about Ellen’s accusations either, having shared her thoughts on Instagram: “I ALWAYS ENJOYED MY VISITS TO THE ELLEN SHOW. I’VE SEEN HOW THE AUDIENCE EXUDES HAPPINESS AND GRATITUDE. SHE GIVES BACK TO SO MANY INCLUDING ME.” 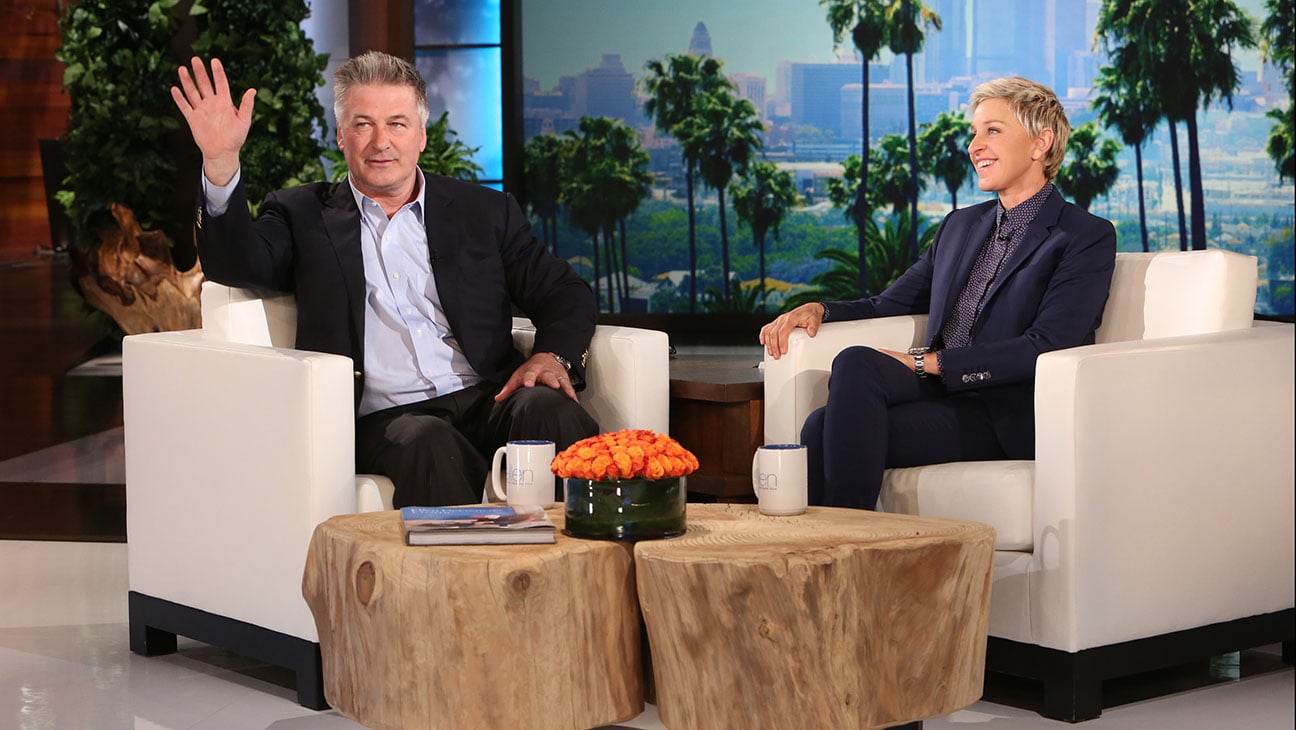 Alec Baldwin has done the talk-show circuit to death – what more would you expect from an actor, comedian, and writer who’s been one of the biggest A-list celebrities for decades?

Baldwin has been a well-known recurring guest on The Ellen DeGeneres Show, and has even made guest appearances alongside his wife, Hilaria Baldwin.

In a recent social media post, the Baldwins asserted, “In the entertainment business, sometimes people can go too far in pursuit of a creative or commercial goal. Or people who work for you may do so. Having stated that, @TheEllenShow has always been kind to me. So . . . there’s that.” 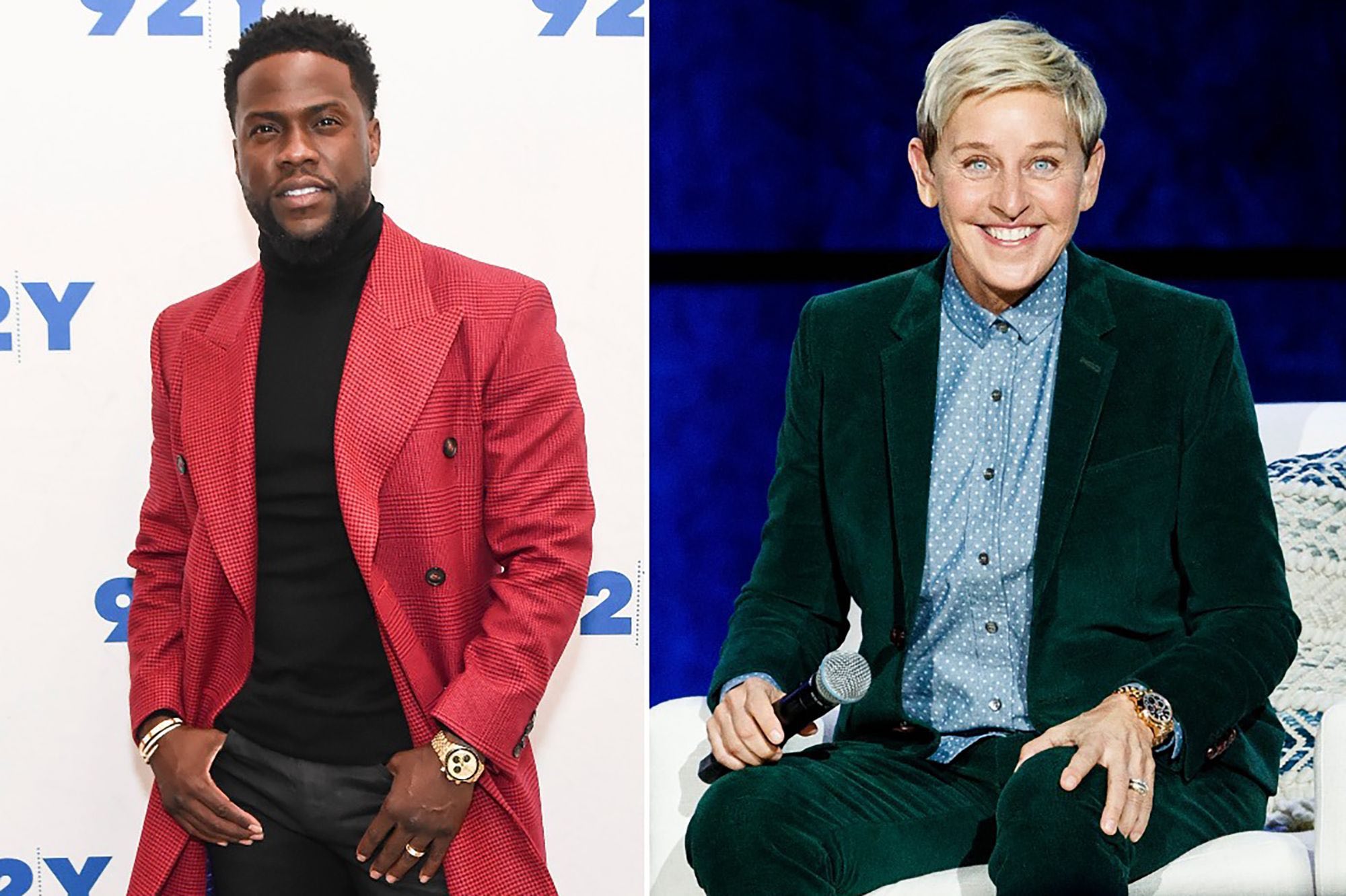 Kevin Hart has made more than a dozen appearances on The Ellen DeGeneres Show, and the actor-comedian is not without a history of his own public scandals. Hart appeared on Ellen’s show in 2018 after being fired from hosting the Oscars due to homophobic remarks and jokes.

Hart and DeGeneres had a sit-down on her show, and entered a dialogue which saw Ellen forgive Hart and applaud his change of behavior and maturity – a decision which received mixed reactions from Ellen supporters.

Returning his support, Hart took to Instagram and wrote, “It’s crazy to see my friend go thru what she’s going thru publicly. I have known Ellen for years and I can honestly say that she’s one of the dopest people on the f—ing planet.” Hart’s defense was cemented with disgust over the perceived public trend of loving to witness the downfall of others. 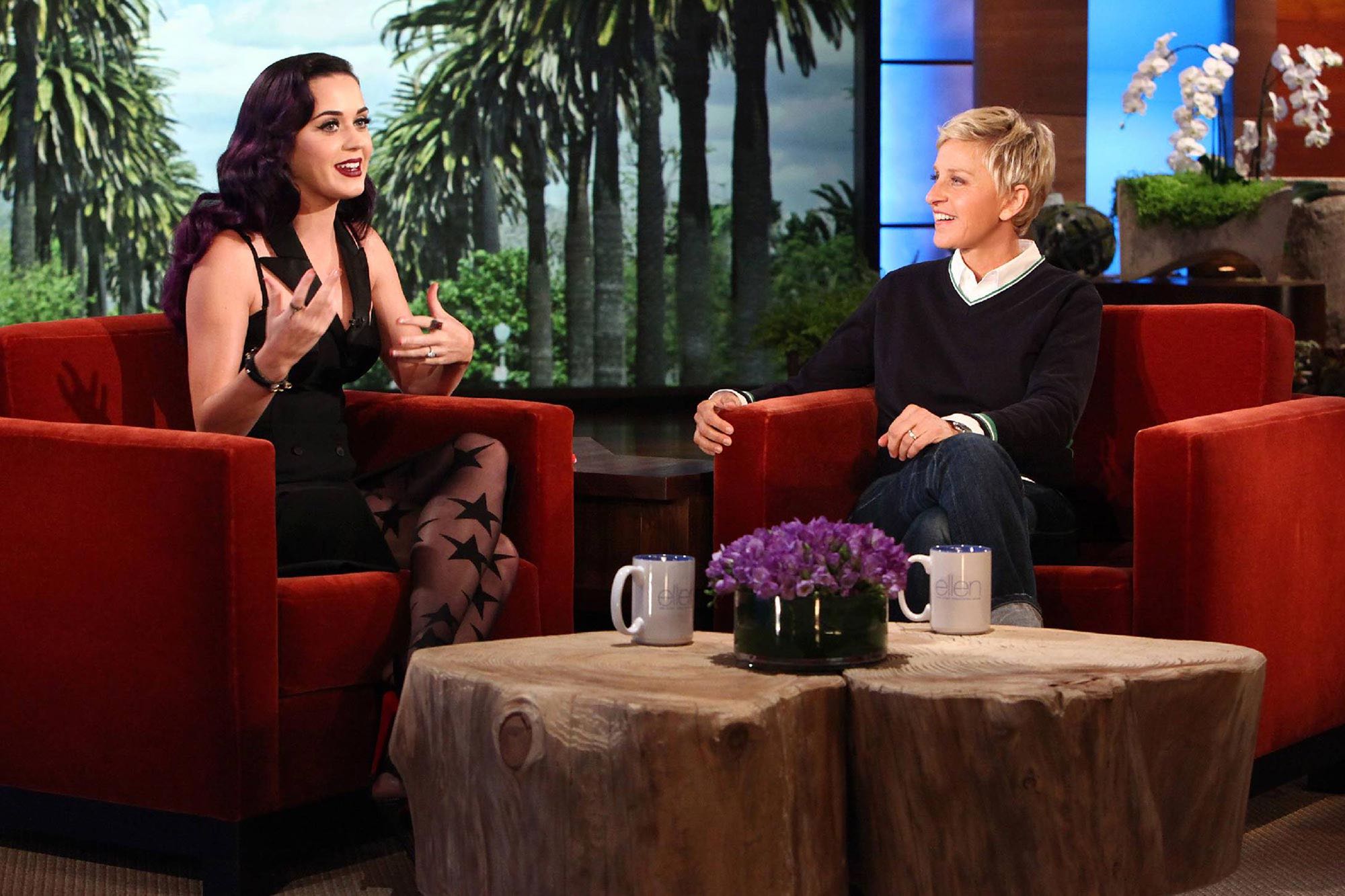 Despite Katy Perry’s own cringey moments on Ellen’s Show – like when Ellen forgot Perry had ever been married to Russell Brand – the singer remains adamant she and Ellen are very close friends.

Perry rushed to Ellen’s defense like any good friend, having Tweeted, “I know I can’t speak for anyone else’s experience besides my own but I want to acknowledge that I have only ever had positive takeaways from my time with Ellen & on the @theellenshow.”

Perry also cited all the charitable work Ellen performed over the past decades, using her talk show as a platform for good deeds and a voice of equality. Unlike some of the other celebrities on this list, Perry was quick to receive notable lashback from fans over her comments. 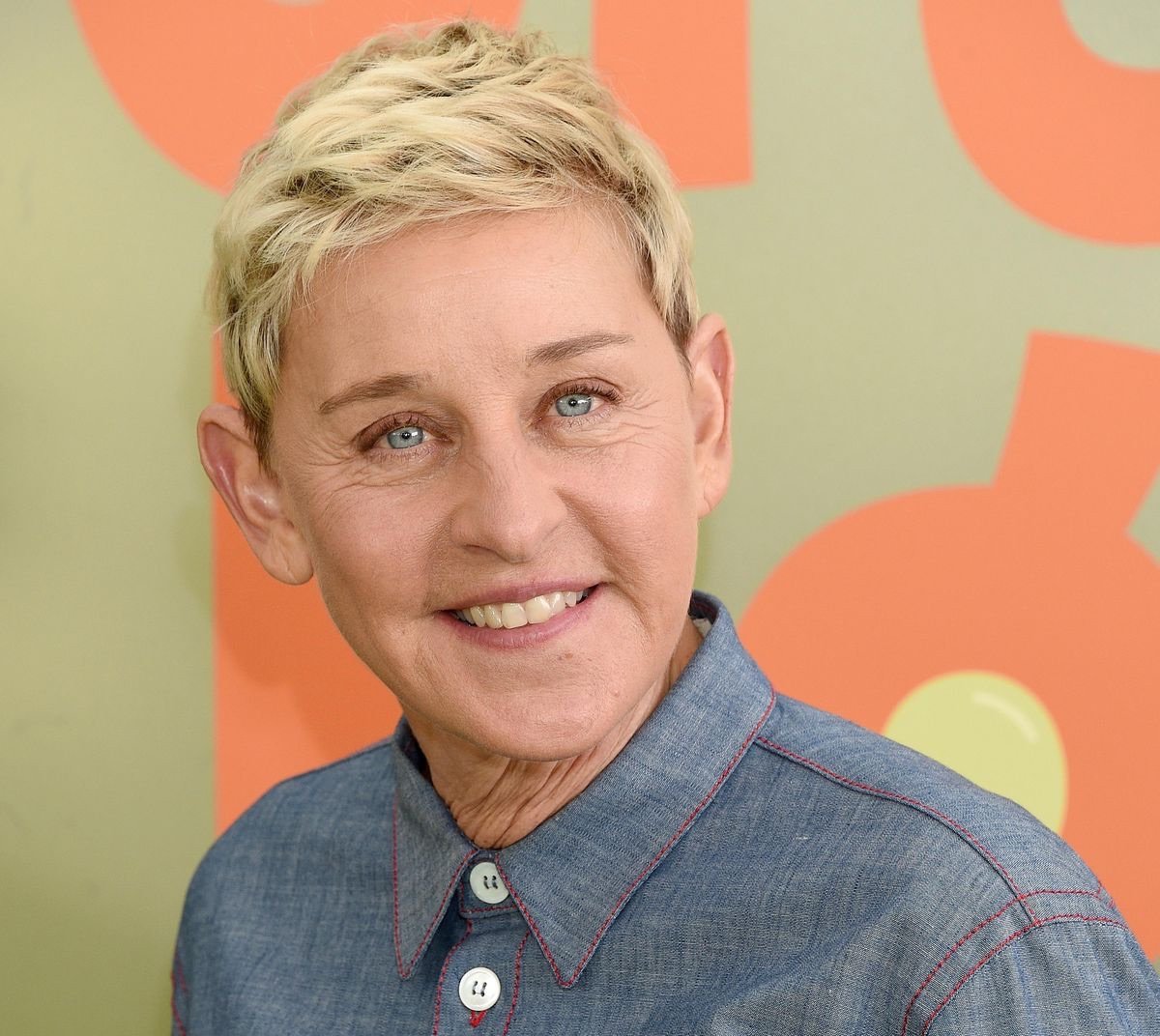 Critics of the celebrities defending Ellen

Similar to the lashback received by Katy Perry over her remarks, many fans and critics of the celebs jumping to Ellen’s defense point out consistent wording in their posts – Ellen has been kind to them, and they aren’t able to speak on the experiences of others.

For the staff and crew presenting allegations against Ellen, their complaints go beyond just the talk show host and up to the top of the system and culture over which she presides – toxicity, harassment, and overall discomfort for those in support roles. 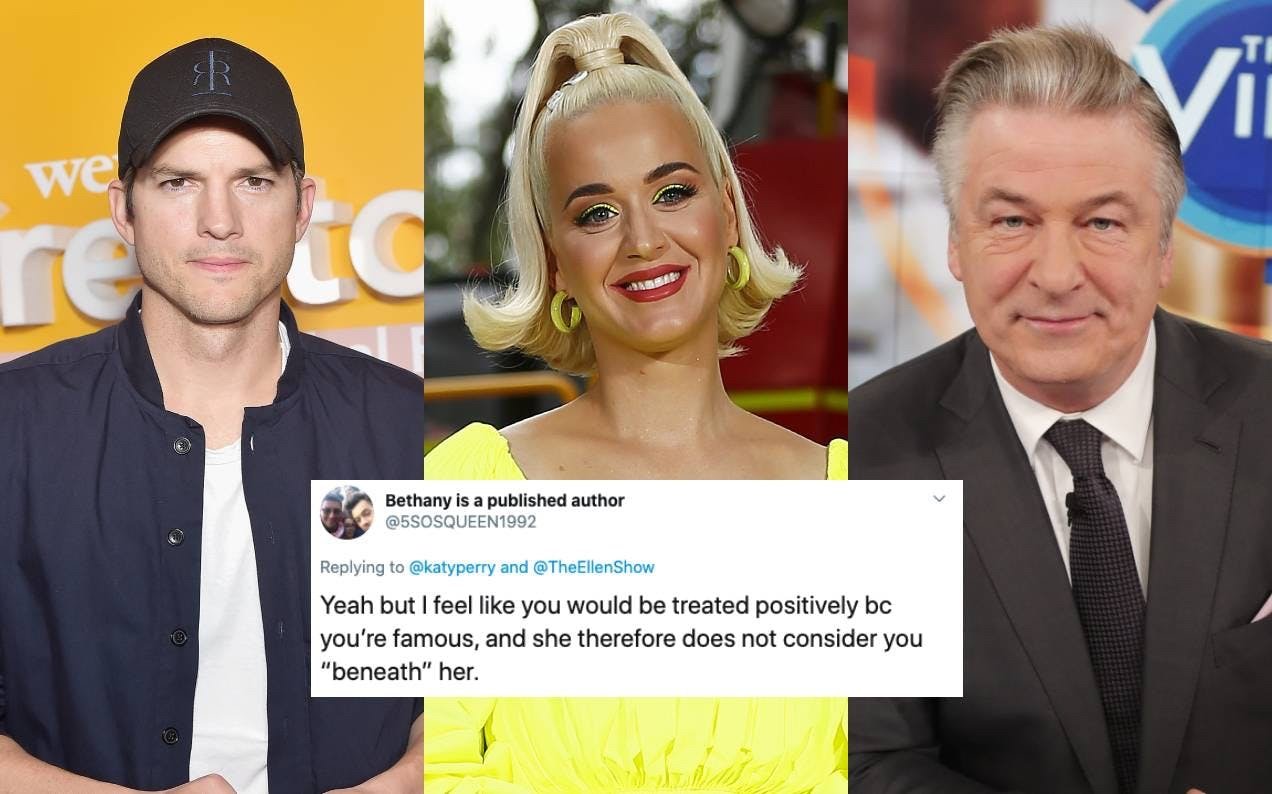 It’s no secret one of the purposes of a high-profile interview show is to allow a platform for celebrity guests and colleagues who will reciprocate the kindness and hospitality offered to them. But a well-serviced guest doesn’t account for a workplace without issues behind the scenes, where the non-celebrities make the show’s magic possible.

When Dutch vlogger Nikkie de Jager became one of the earliest celebrities to speak on her poor experience on Ellen’s show, so too have stars like Brad Garrett and Leah Thompson addressed the “common knowledge” of Ellen’s behavior. For DeGeneres and those coming to her defense, the divide deepens amidst uncertainty for the host’s future.