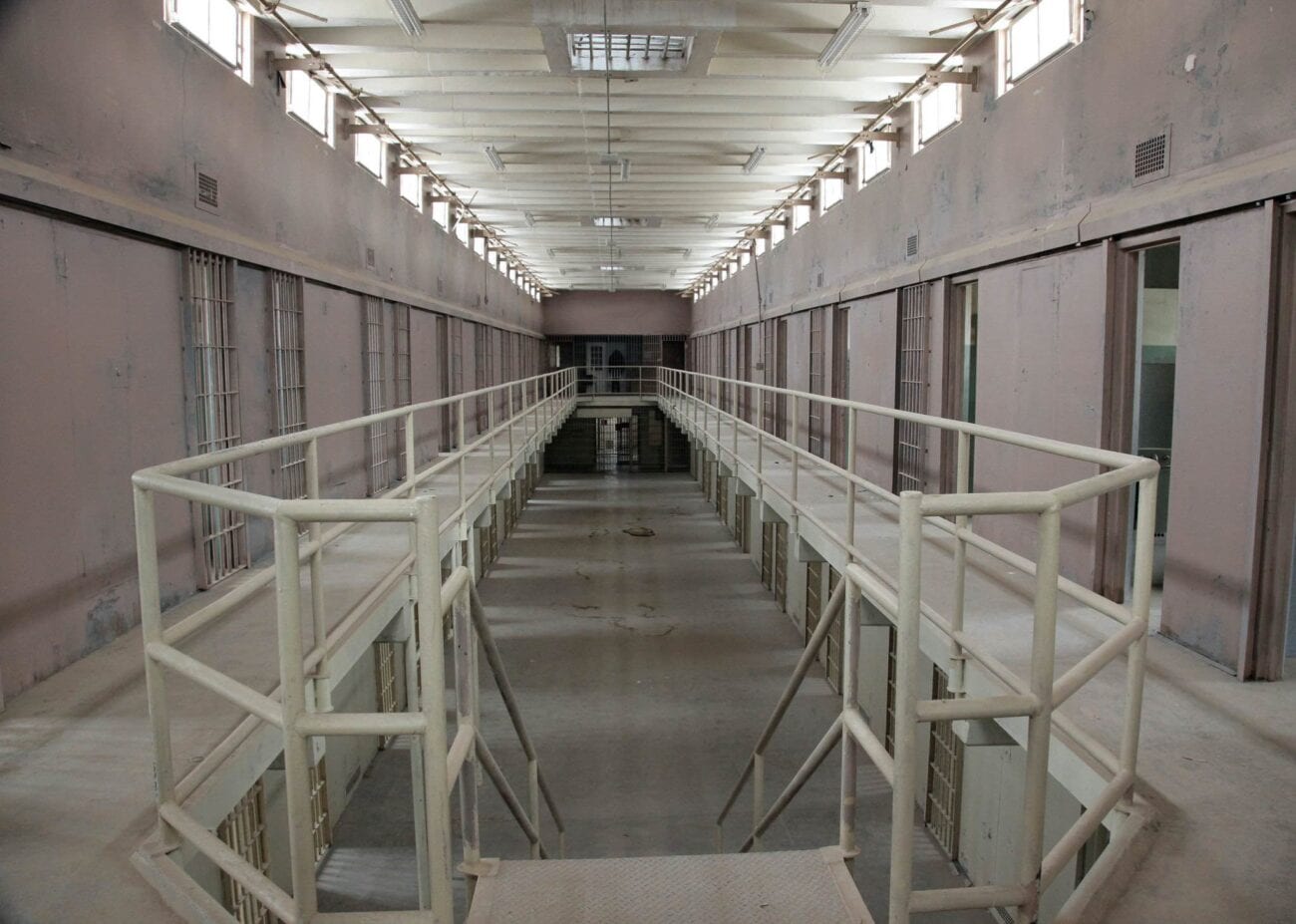 All the prisoners who spent the most time on death row

Inmates sitting on death row face one of the more extreme punishments in our penal system, knowing every passing day brings them closer to their inevitable deaths – if they make it, that is. There are currently over 2,600 inmates reported to be on death row in the US as of 2020.

Some prisoners can spend years up to a lifetime waiting for their sentencing to be carried out, a punishment that some critics argue can exceed the extent of the crime committed. Here are some of the prisoners who hold records for the most time spent on death row. 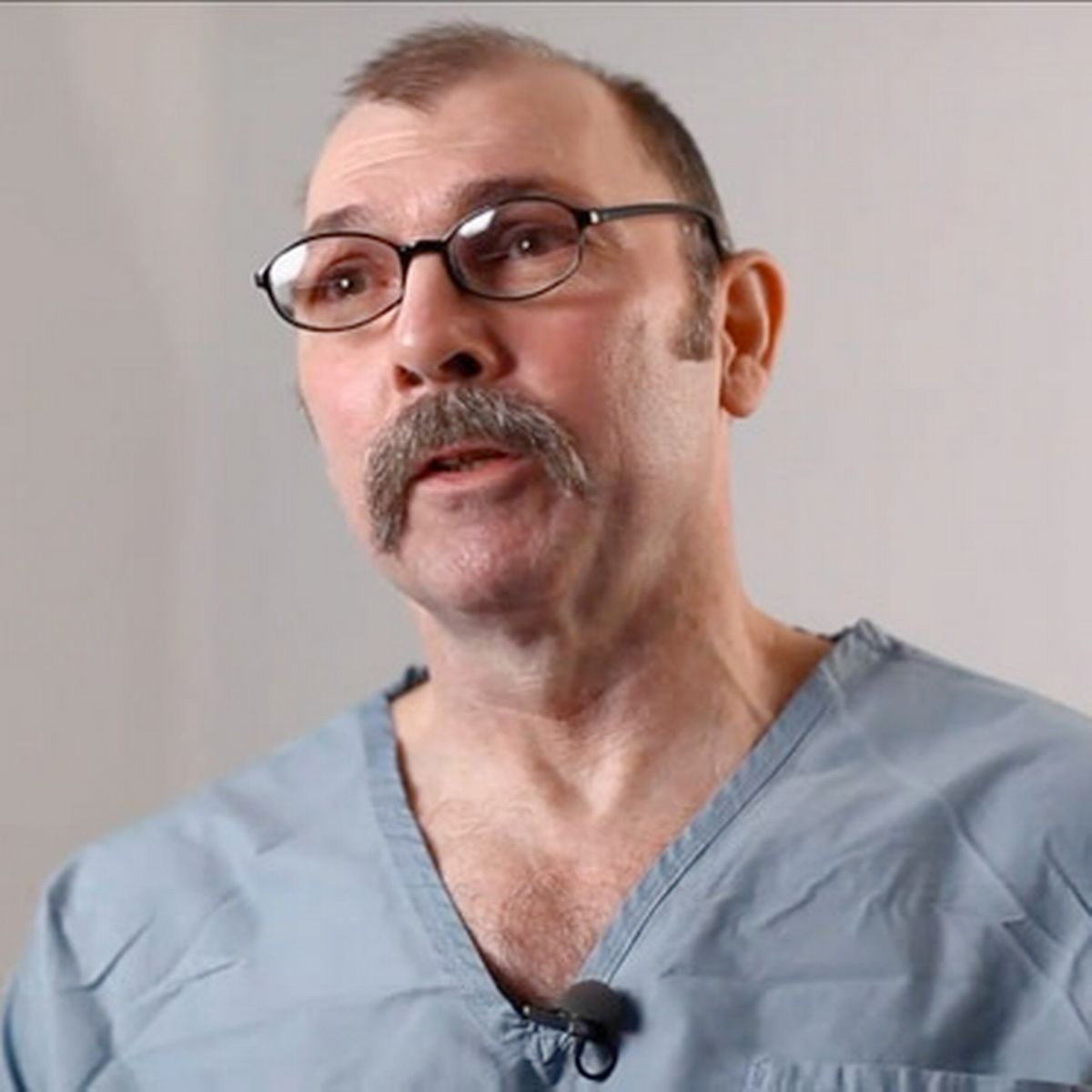 Before the death penalty was carried out in 2012, Selsor reportedly said, “The only difference between death and life without parole is one you kill me now, the other one you kill me later. There’s not even a shred of hope.” 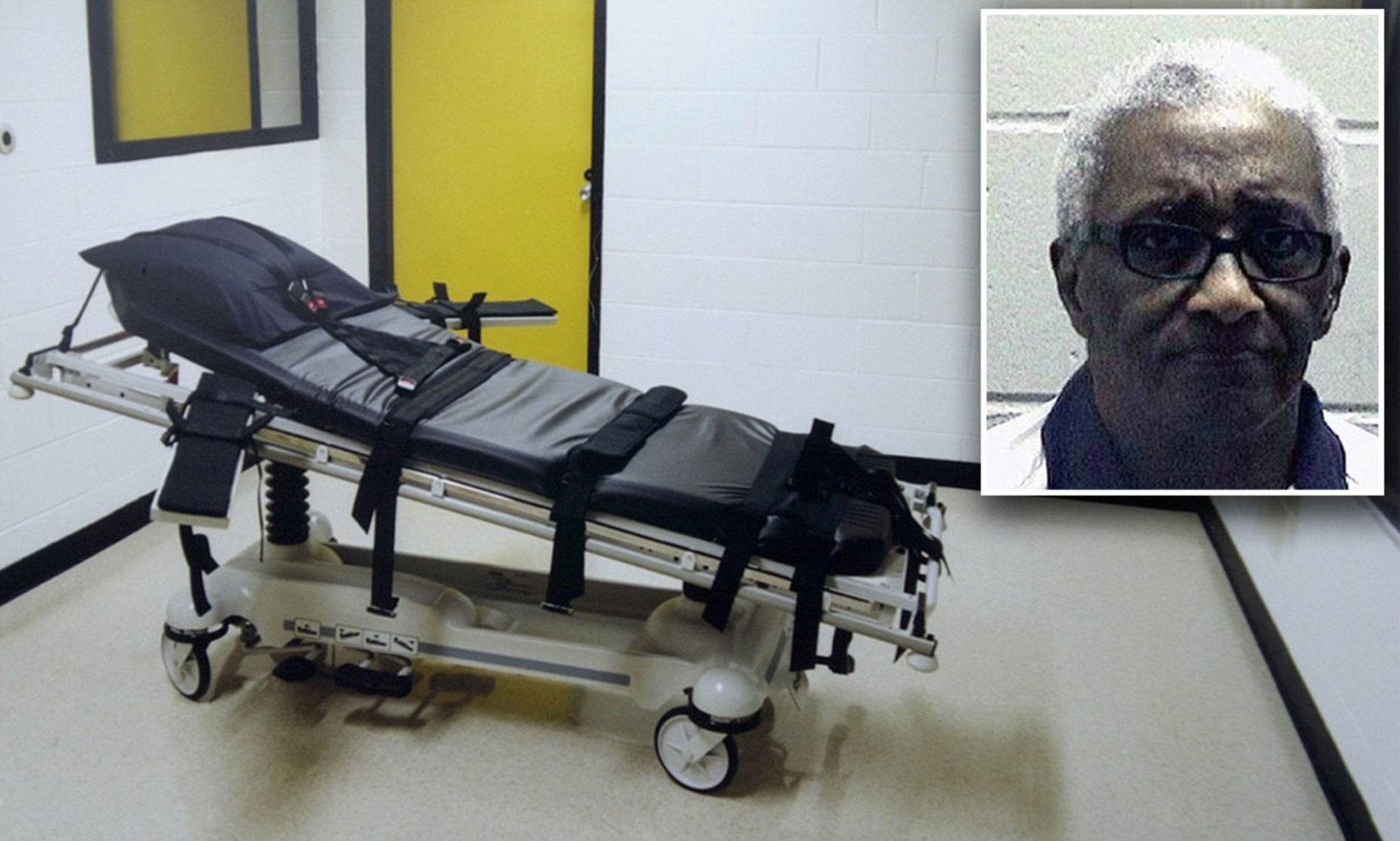 Brandon Jones sat on death row since 1979 when he was sentenced for the robbery and subsequent murder of a convenience store owner.

Despite initial sentencing, his conviction was overturned on the improper actions of jurors during deliberation, keeping him in prison. But in 1997 he was retried and convicted before being put to death in 2016 – he may as well have spent his entire sentence on death row anyhow. 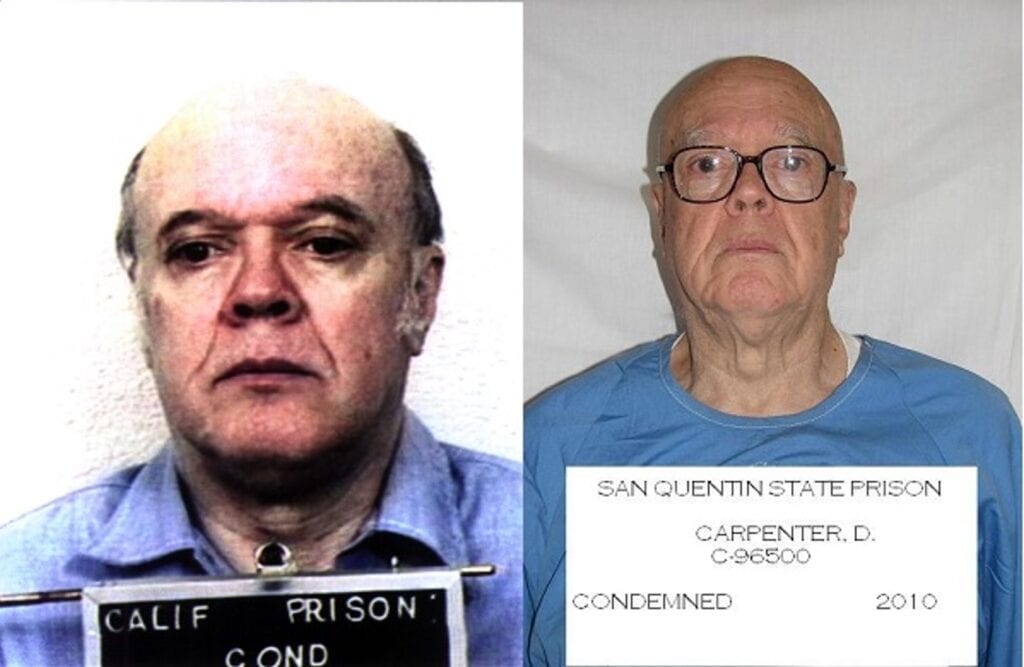 Also known as the Trailside Killer, Carpenter was convicted of murdering at least four women and one man on hiking trails in California between 1979-80 – he was even a suspect in the infamous Zodiac case.

Doug Clark was part of a notorious duo named the Sunset Strip Killers, and received multiple convictions for the rape and murder of at least six women. He worked with a female accomplice named Carol Bundy who died in prison in 2003.

Clark acted as his own defense in the 18983 trial, and was sentenced to death. Clark currently sits on death row in California. 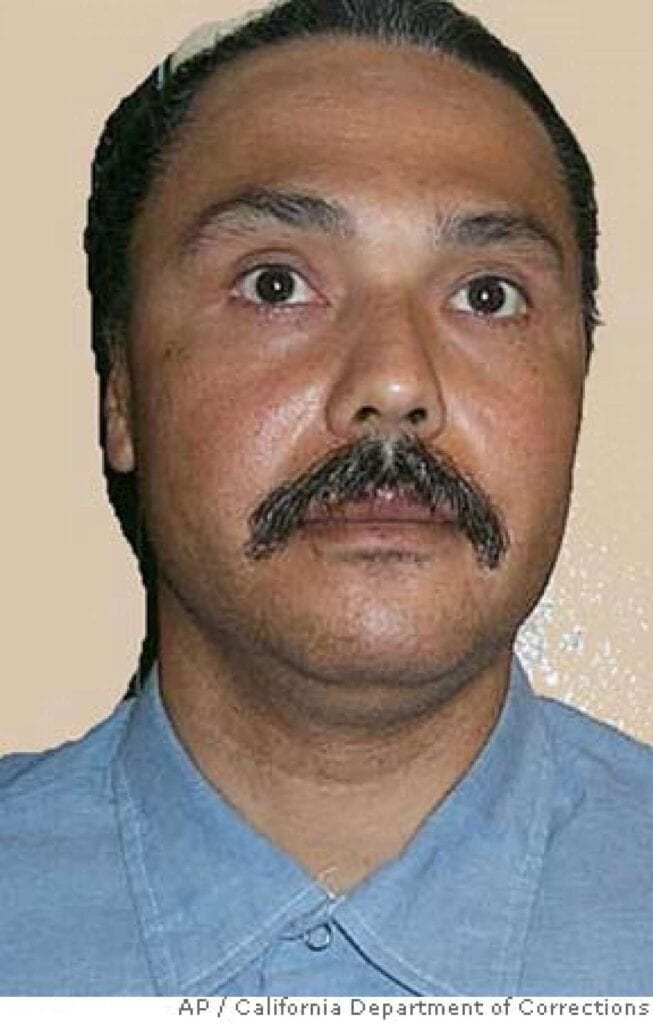 Michael Morales was sentenced to death for being hired to murder a close friend of his cousin’s lover. Morales located the woman – named Terri Winchell – raped her, stabbed her, and beat her with a hammer.

Michael Morales was convicted in 1983 and sat on death row until 2006, when new medical publications made California rethink the drugs and actions of licensed medical professionals needed for an ethical execution. Morales’s execution was suspended indefinitely, and he still remains on death row. 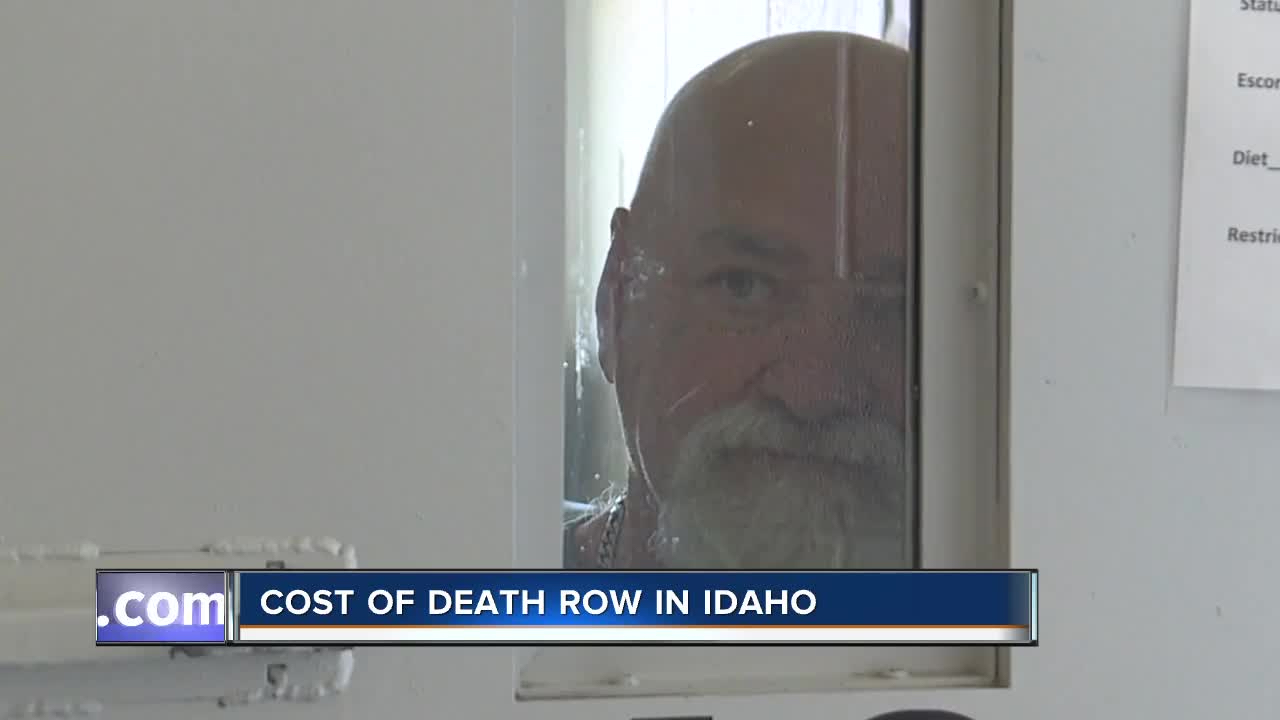 Creech was originally placed on death row for his crimes in Idaho, but his conviction was successfully appealed and overturned in 1977. However, while still in prison, Creech beat a fellow inmate to death in 1981 and was once again sentenced to death in a new trial. Creech joins the list of fellow inmates still awaiting execution. 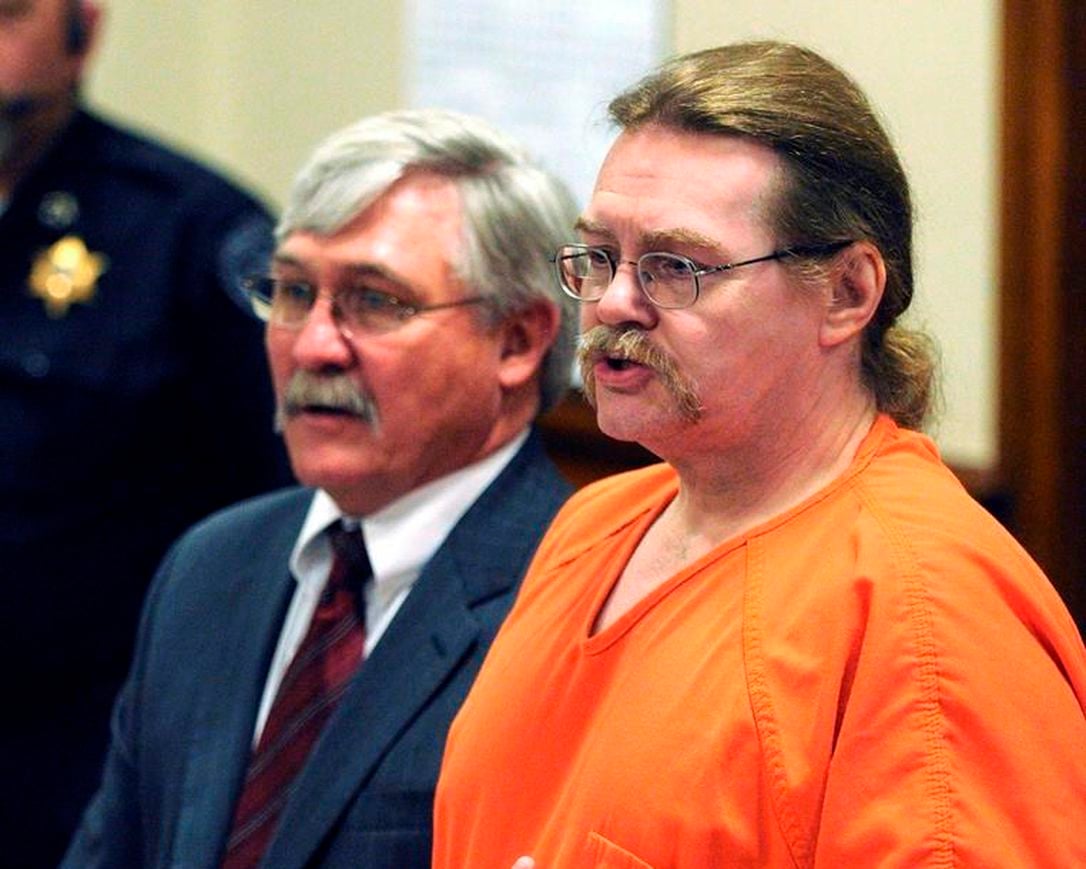 Ronald Allen Smith was convicted of kidnapping and shooting two Native American men in 1982. He was sentenced in 1983, and due to Canada’s desire not to seek clemency, Smith is the only Canadian citizen currently sitting on death row in the United States. 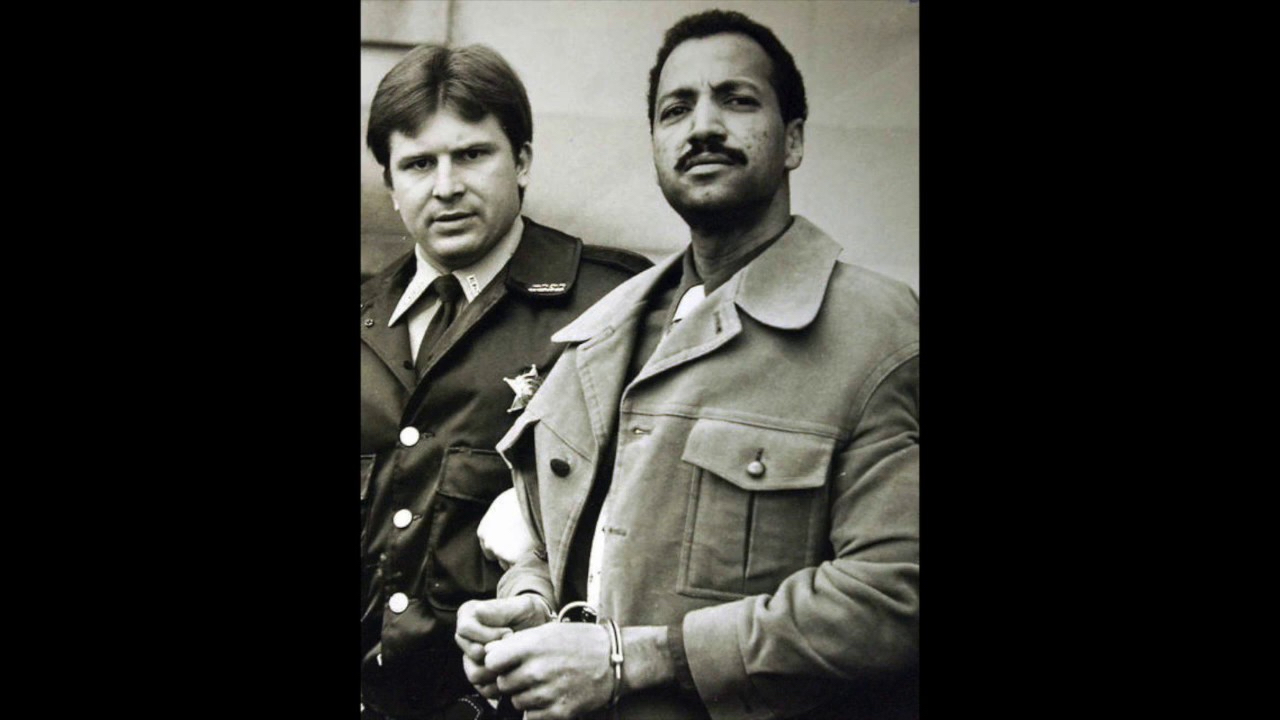 Banks was responsible for carrying out the 1982 Wilkes-Barre shootings in Pennsylvania. The former prison guard killed thirteen people – including seven children – by shooting them to death.

Convicted at the age of forty in 1983, Banks sat soundly on death row, but his executions were stayed in both 2006 and 2010 after failing competency hearings. Although the decision has not been overturned, Banks reportedly sits on death row in PA and has been relocated to more restricted housing for observation. 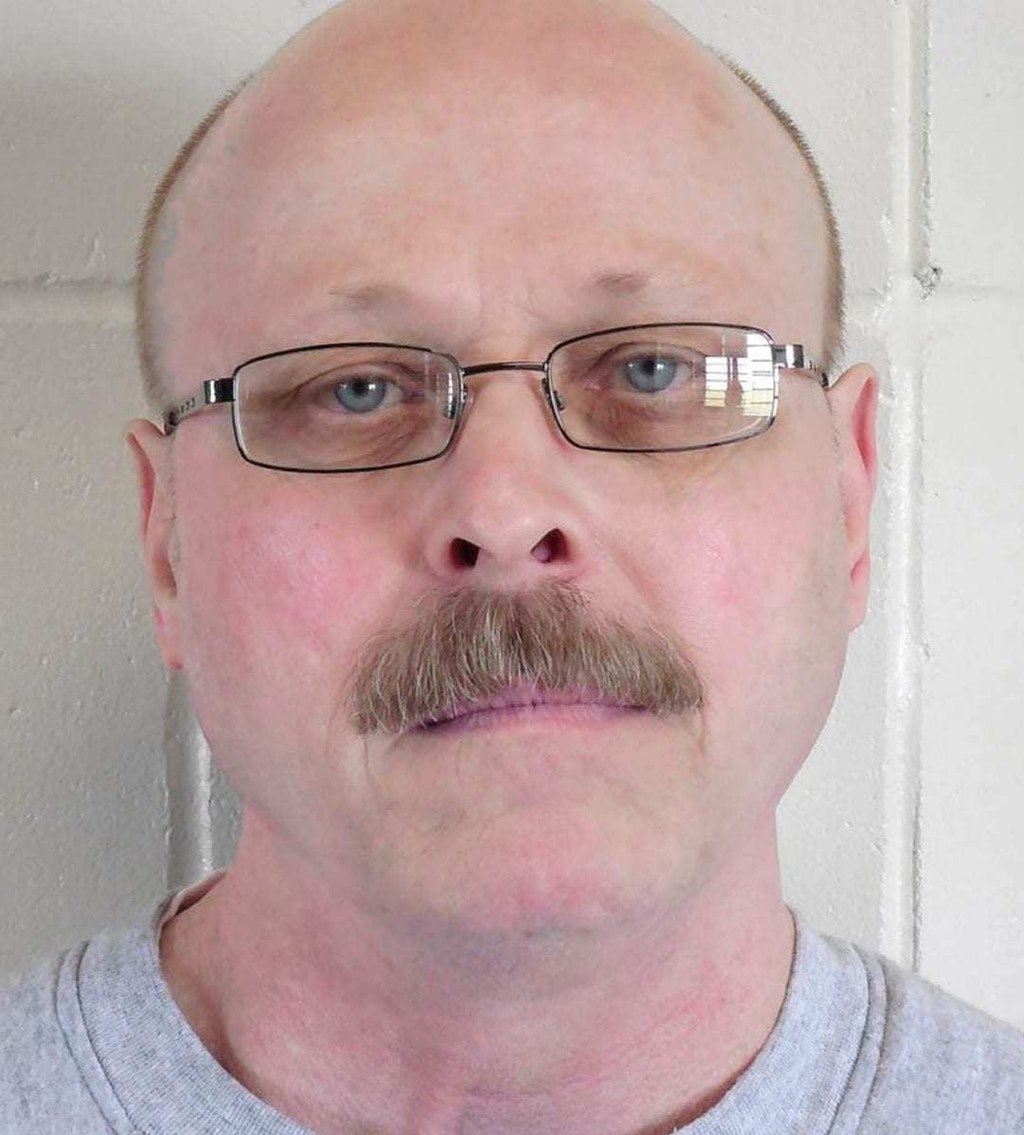 When Carey Dean Moore was finally executed in 2018, he spent over thirty-eight years on death row for murdering two cab drivers in 1980. His death sentence was overturned and reinstated on three separate occasions – one when Nebraska stopped death by electrocution in 20007. But the state introduced death by lethal injection in its stead. 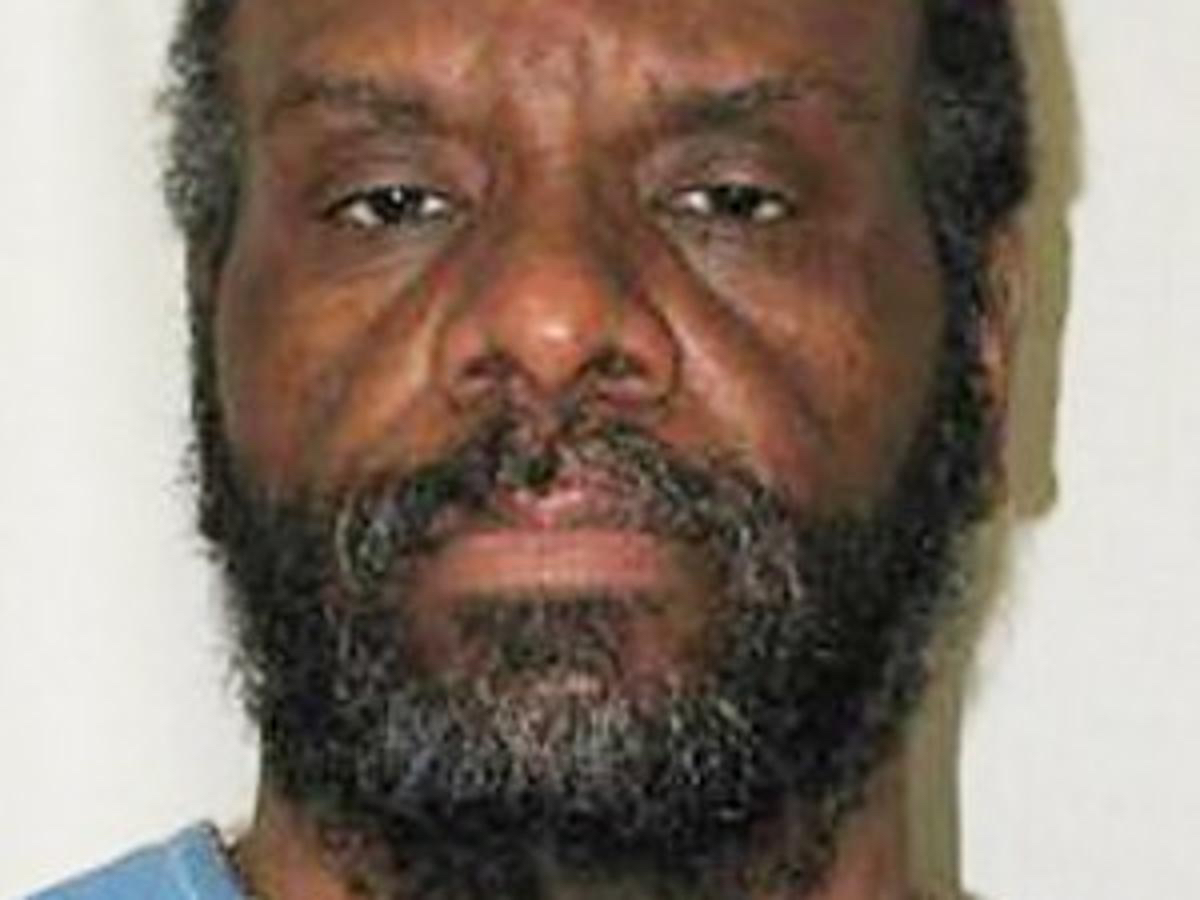 Brown was already on parole for child molestation charges when he was convicted of kidnapping, raping, and killing young Susan Louis Jordan who was on her way to school.

Scheduled for execution in 2010, Brown’s death sentence was delayed because of ongoing objections to the drug injection and procedures of many California prisons. Due to the current state-wide suspension of capital punishment, Brown still sits on death row. 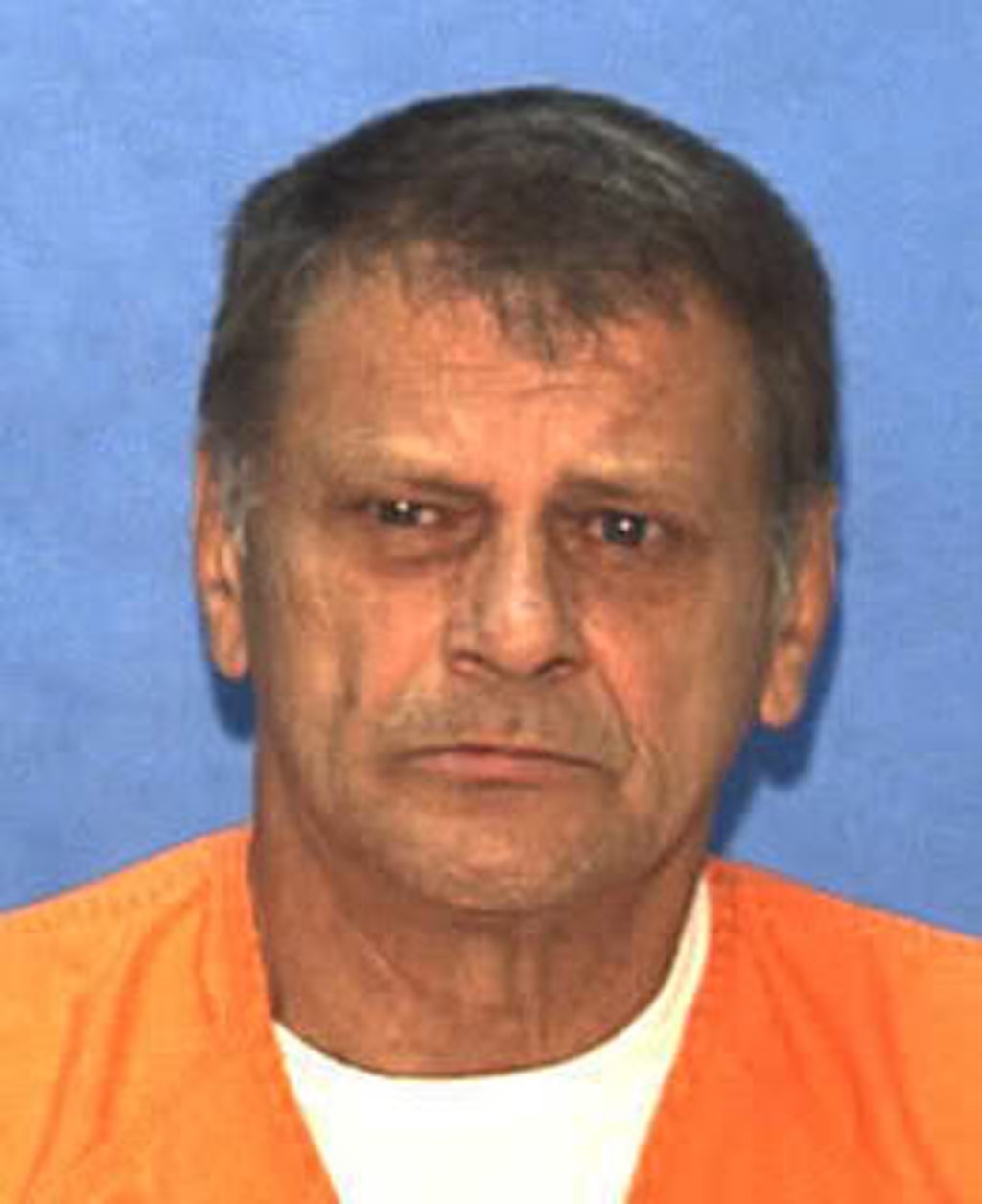 If Gary Alvord had been convicted more recently, he would’ve been subject to another shocking “Florida Man” headline. Alvord was convicted of murder in 1974, and spent nearly four decades on death row – at the time, it was believed to be the longest death row sentence of any inmate in the US.

Alvord had a history of mental illness, preventing his execution orders from being carried out on more than one occasion. He cycled between mental care and death row before dying from natural causes in 2013. It was reported that over seventy-five other inmates were executed while Alvord waited for an execution to never come. 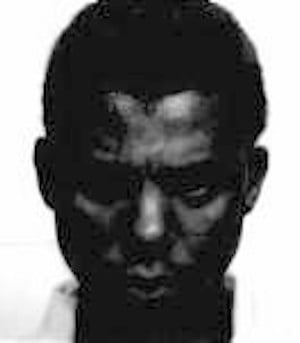 Concluding our list is Raymond Riles, a man who has served one of the longest recorded death row sentences in US history. Convicted of killing a car salesman in Houston, TX in 1974, Riles’ first trial was unsuccessful due to questions about his mental state. Riles was deemed unfit to stand trial, but was retried and sentenced to death in 1978.

In 1985, Riles set his prison cell on fire in an attempted suicide. He survived, and is reported to receive constant evaluations in case he does become mentally fit to be executed. Riles still awaits his death in Texas, although it’s likely to come by old age.