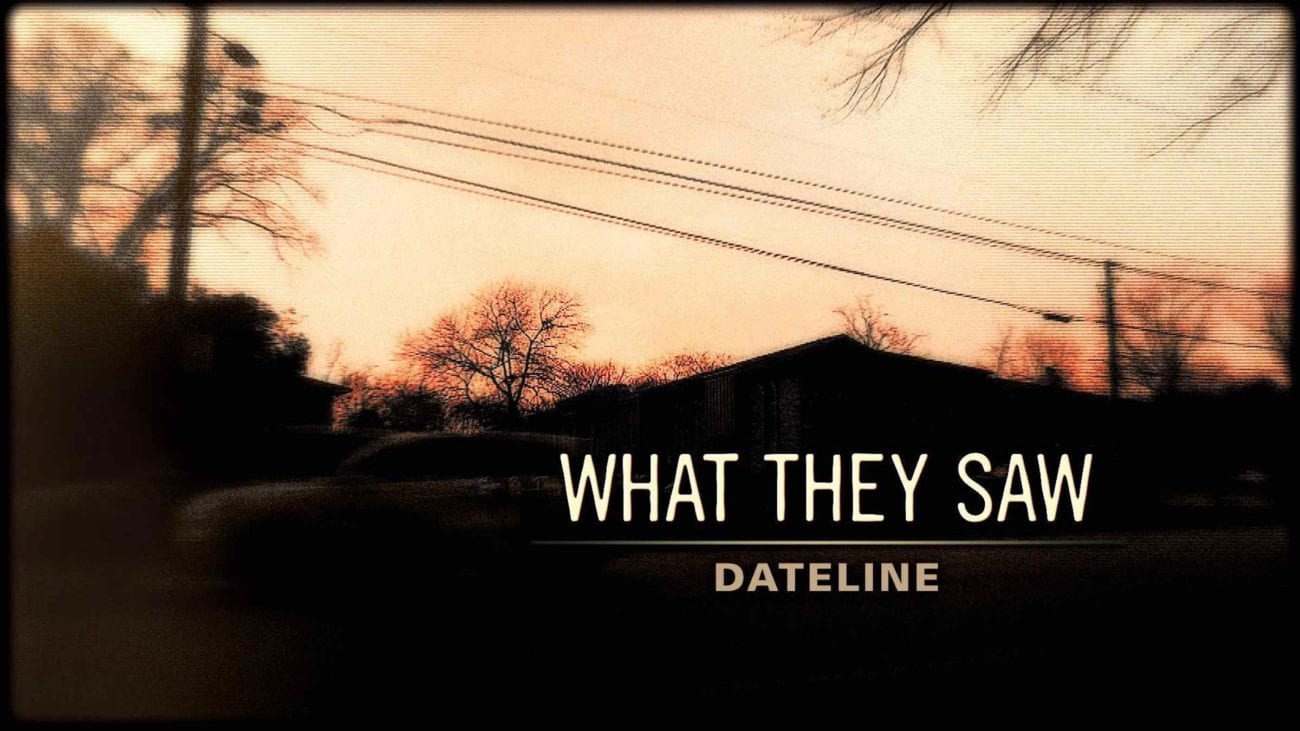 “What They Saw” on ‘Dateline’ NBC: Children as key witnesses

Dateline NBC has done a plethora of news stories over the years. Some have broken our hearts and others had us on the edge of our seats. All of them, however, were fascinating to watch, especially to those who love to hear about true crime. Some instances, however, are more complex than others. In the Dateline story “What They Saw” weaves one of those tales that will definitely leave your split in the end.

“What They Saw” focuses on the efforts of friends of a Georgia man, Jarod Ingram, accused of killing his wife, Ciara, to prove his innocence while prosecutors prep his young children for the witness stand. At the heart of it, outside of did he do it, is the reliability of children as witnesses, especially young ones. Where they coerced? Did their father actually do the crime?

It’s a complicated story that Dateline delves into with “What They Saw”. 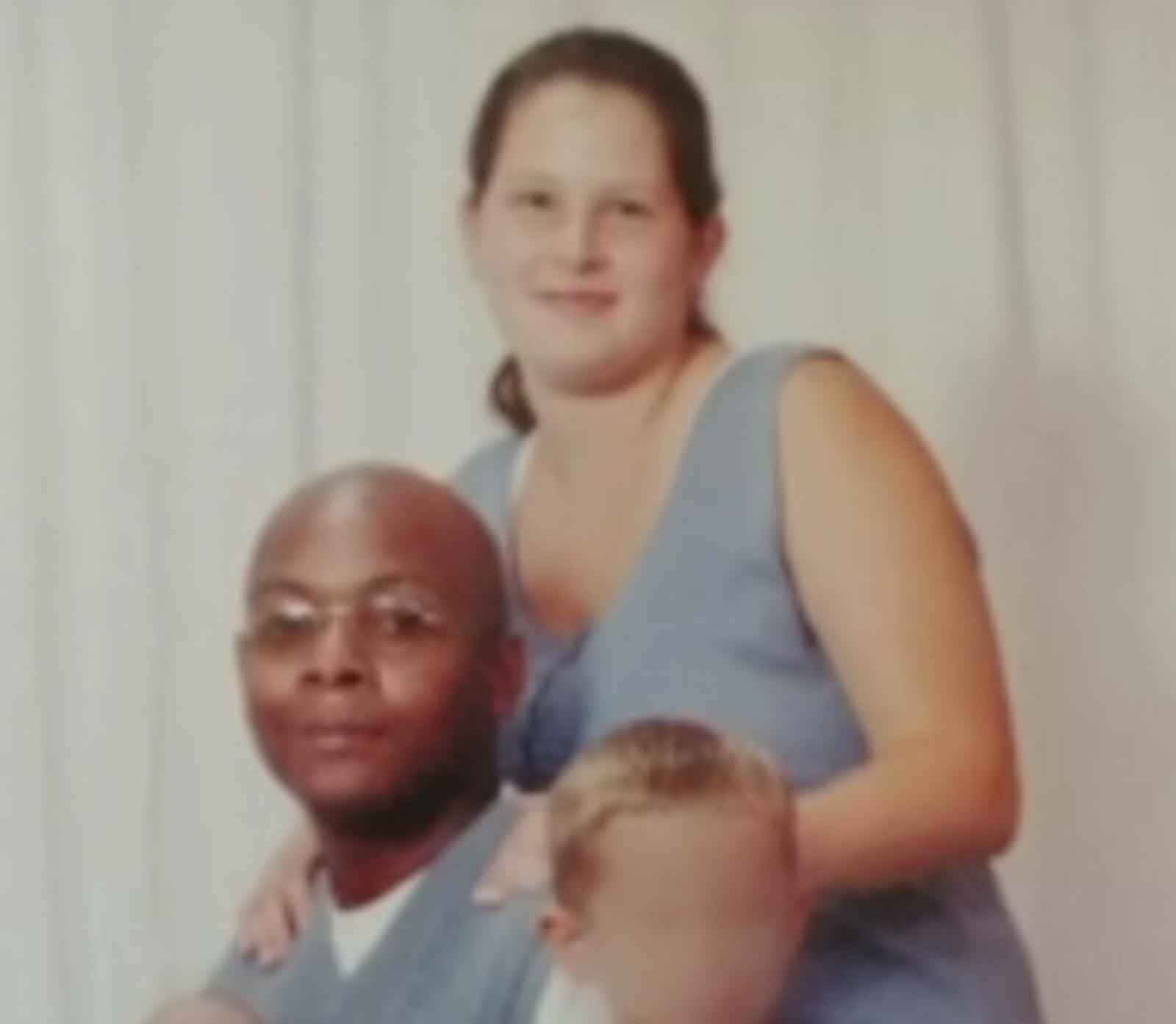 Ciara and Jarod met while they were in the Army. After their first date, they conceived a child together. Following this, the Army gave the two an ultimatum: get married or be stationed apart. Ciara and Jarod picked marriage and gave an honest go of it. Jarod, speaking with Dateline, admitted that they weren’t well-suited as husband and wife.

Instead, the pair divorced and shared custody of their children after leaving the Army. Ciara found a job as a nurse at a hospital, but admitted to co-workers she only stayed in Georgia so her children could be around Jarod.

In 2012, when her children were six and seven years old, Ciara decided to move back home to Indiana for a fresh start. The kids would stay with Jarod for the summer before they joined her. At this time, Ciara had started dating again and met a man, Ryan Morgan, online from Indiana who was going to help her move. 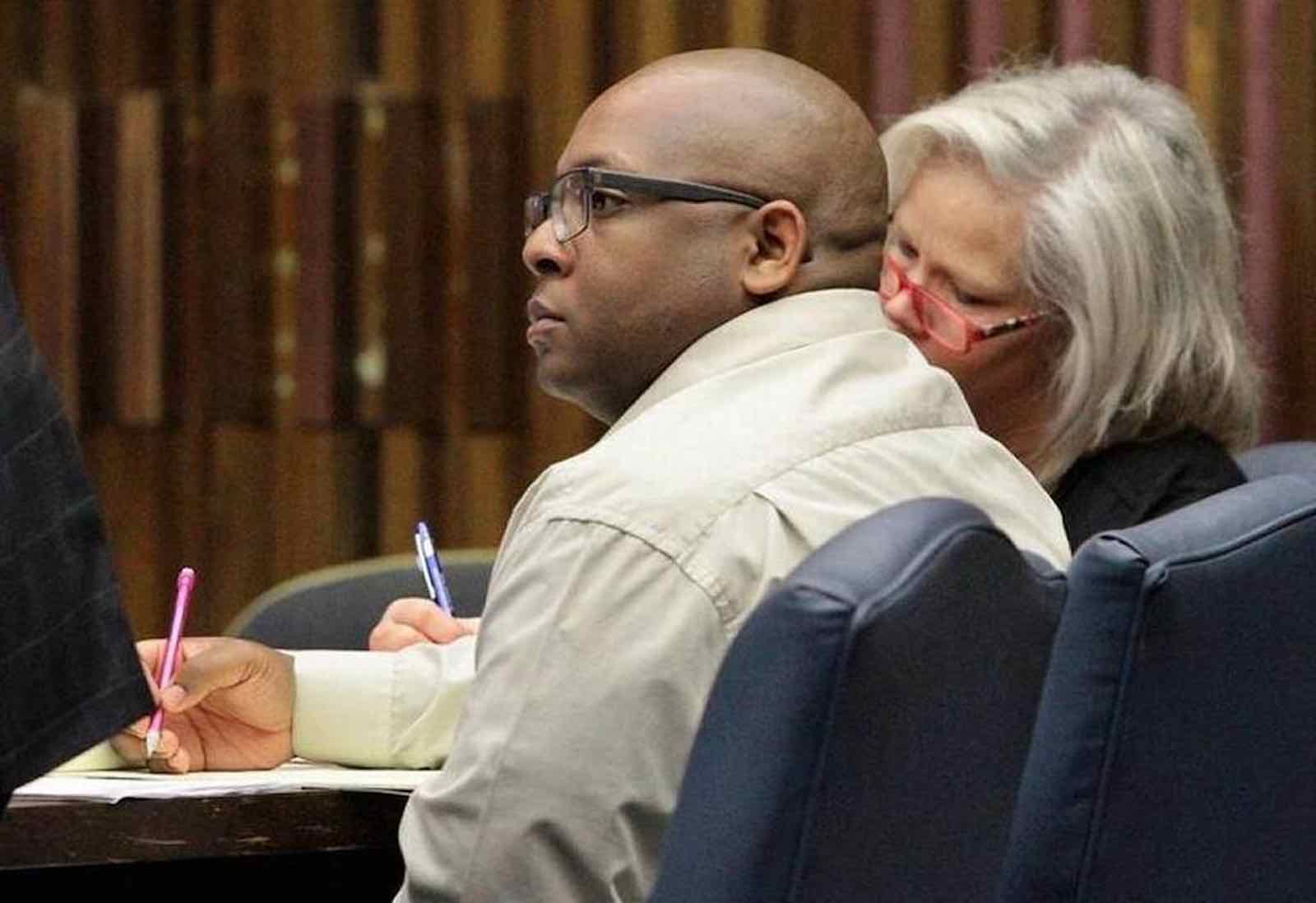 Ciara Ingram was found stabbed in her Columbus, Georgia apartment by a maintenance man a week after her death. In the lead-up to the discovery of her body, messages from friends went ignored and Ciara missed her goodbye party. Her children, however, were nowhere to be found.

Jarod claims that he was shortly after placed in custody while his children were “whisked off” in an SUV. He gave permission for a search of his home before he was taken to an interview. During the interview, Jarod told the detectives that he hadn’t seen or heard from Ciara in six days, which he claimed was normal. 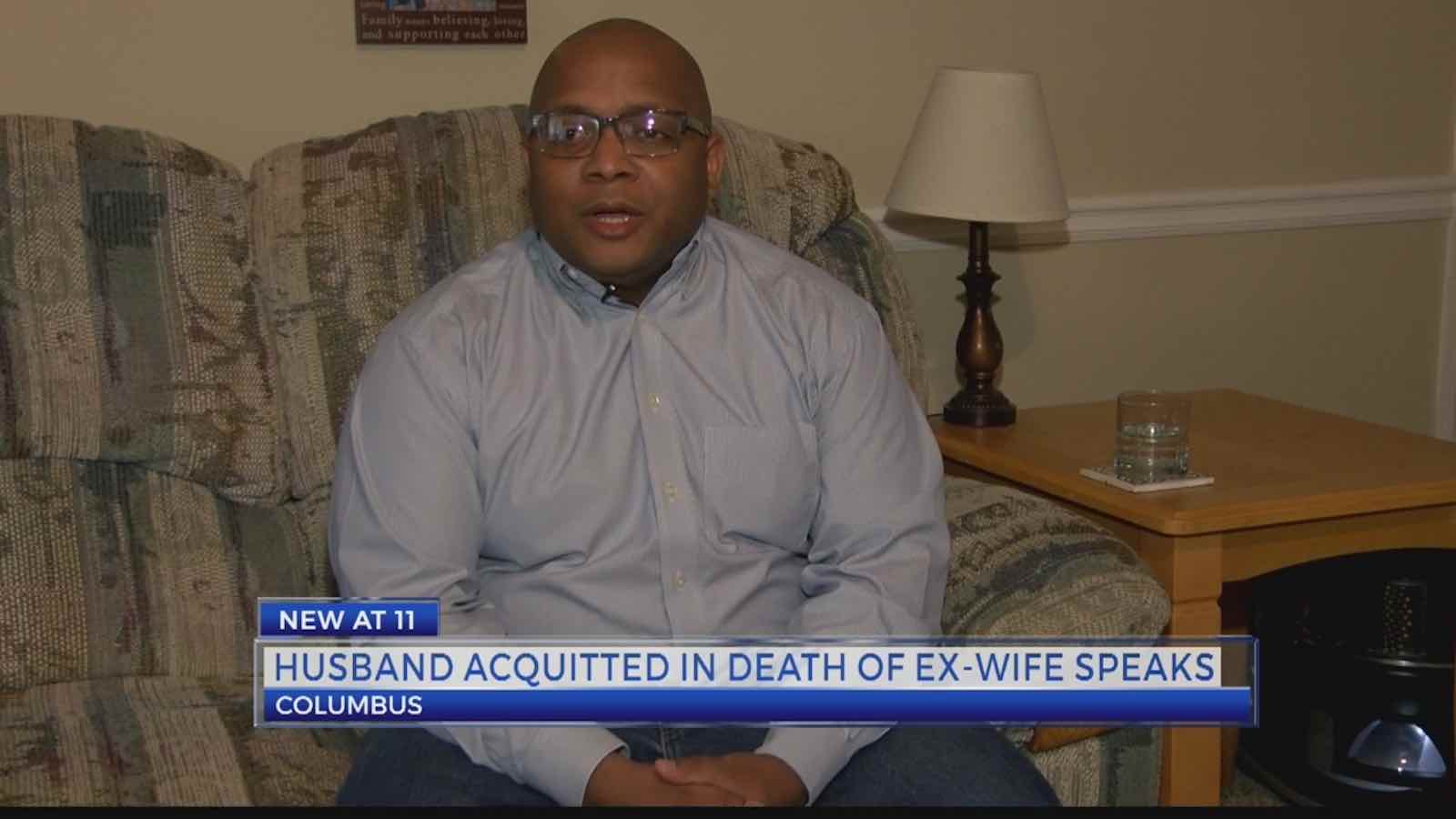 Detectives informed Jarod that he was the last person to have seen his ex-wife alive. They began to put the pressure on Jarod, saying that they’re looking through the video of the apartment complex to confirm Jarod’s alibi.

In the apartment, detectives found disarray from Ciara’s moving preparations along with an attempt to clean up the crime scene and a man’s wristwatch in the bed. A call to Ryan Morgan revealed that he cancelled his plane ticket, thinking that Ciara was ghosting him. 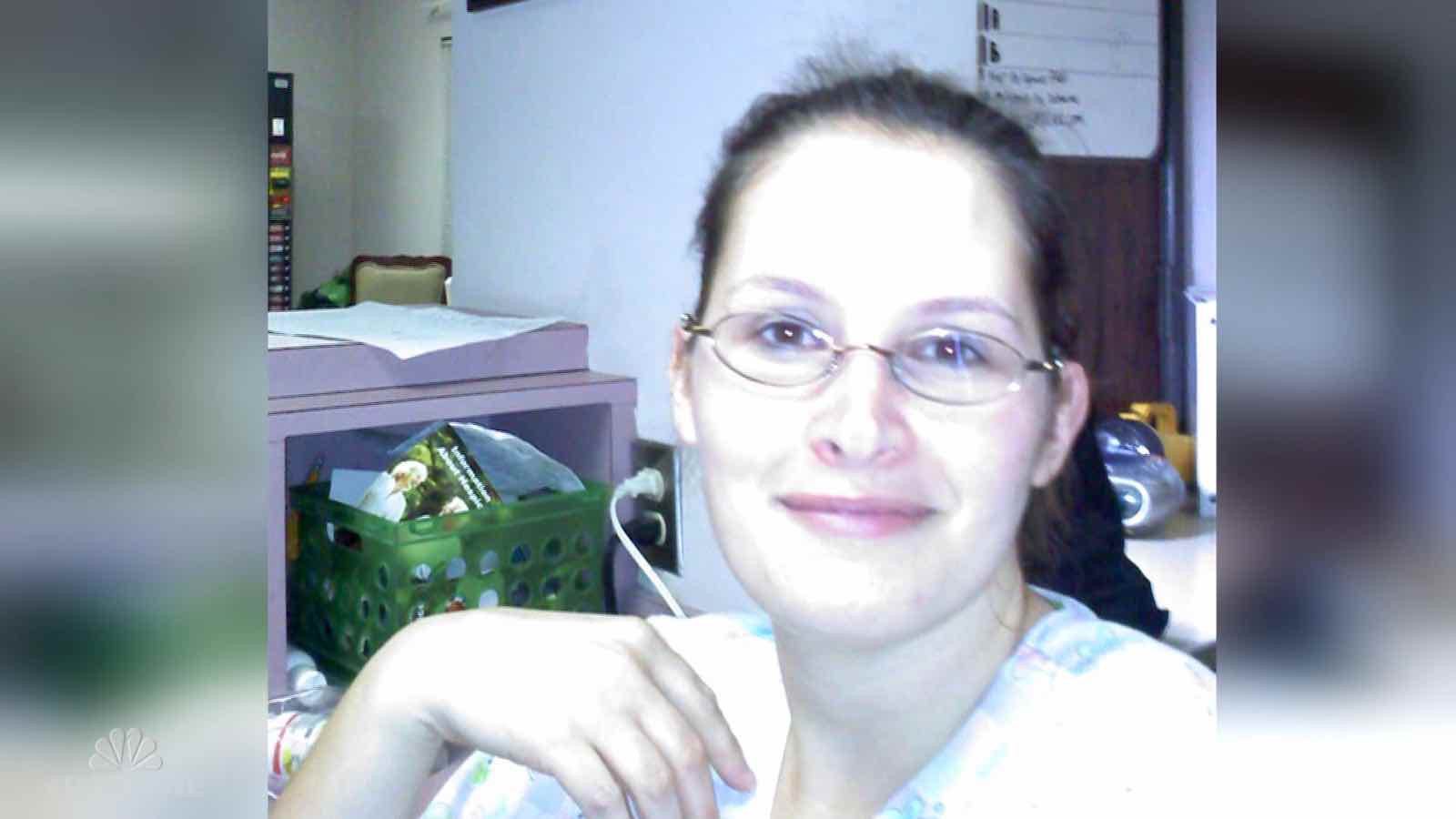 Talking with Ciara’s friends, however, painted a different story for detectives. They described Ciara’s relationship with Jarod as “tumultuous” saying that Ciara talked about how Jarod would break computers, TVs, and lash out if he couldn’t get his way. Ciara said that Jarod got abusive with her, but no one ever saw any bruises. Jarod denies this.

Jarod agreed that their marriage was rocking and full of fighting. He said once they broke up and settled into a co-parenting relationship, things settled down for the both of them.

Either way, police were now quite focused on Jarod. 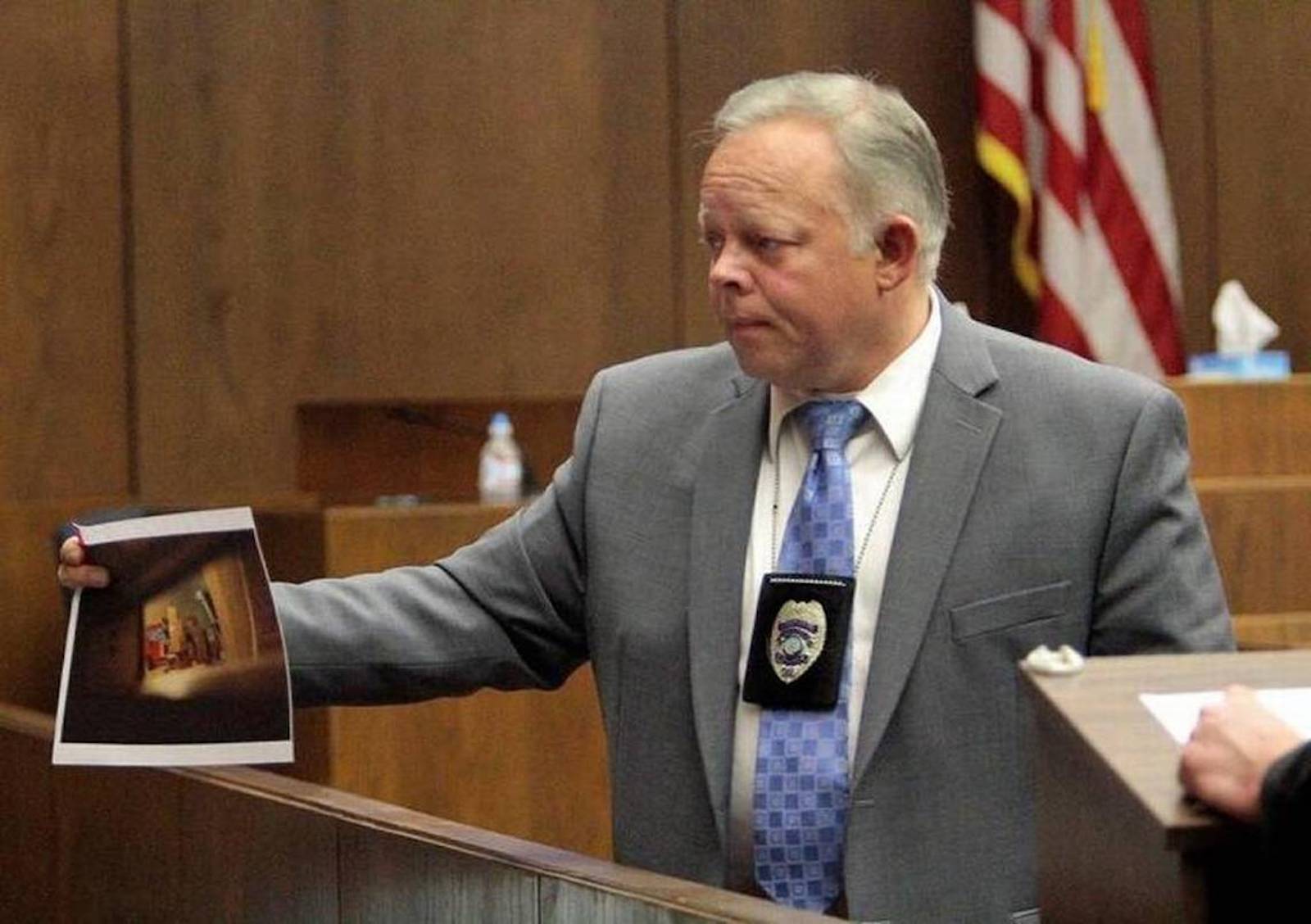 What the children saw

Jarod may have been the last adult to have seen Ciara alive, but her young children were also with their father. Detectives knew that they needed to interview the children in order to confirm Jarod’s story.

Jarod told police that he put the children in the car before going back inside to get the last of their things and talk with Ciara briefly. He then said that both he and Ciara exited the apartment and she saw them off.

Detectives talked with the children the day of finding Ciara’s body, who confirmed part of Jarod’s story. They stayed in the car while he went inside to speak with Ciara. Though the youngest child, a daughter, admitted that it wasn’t something he did. 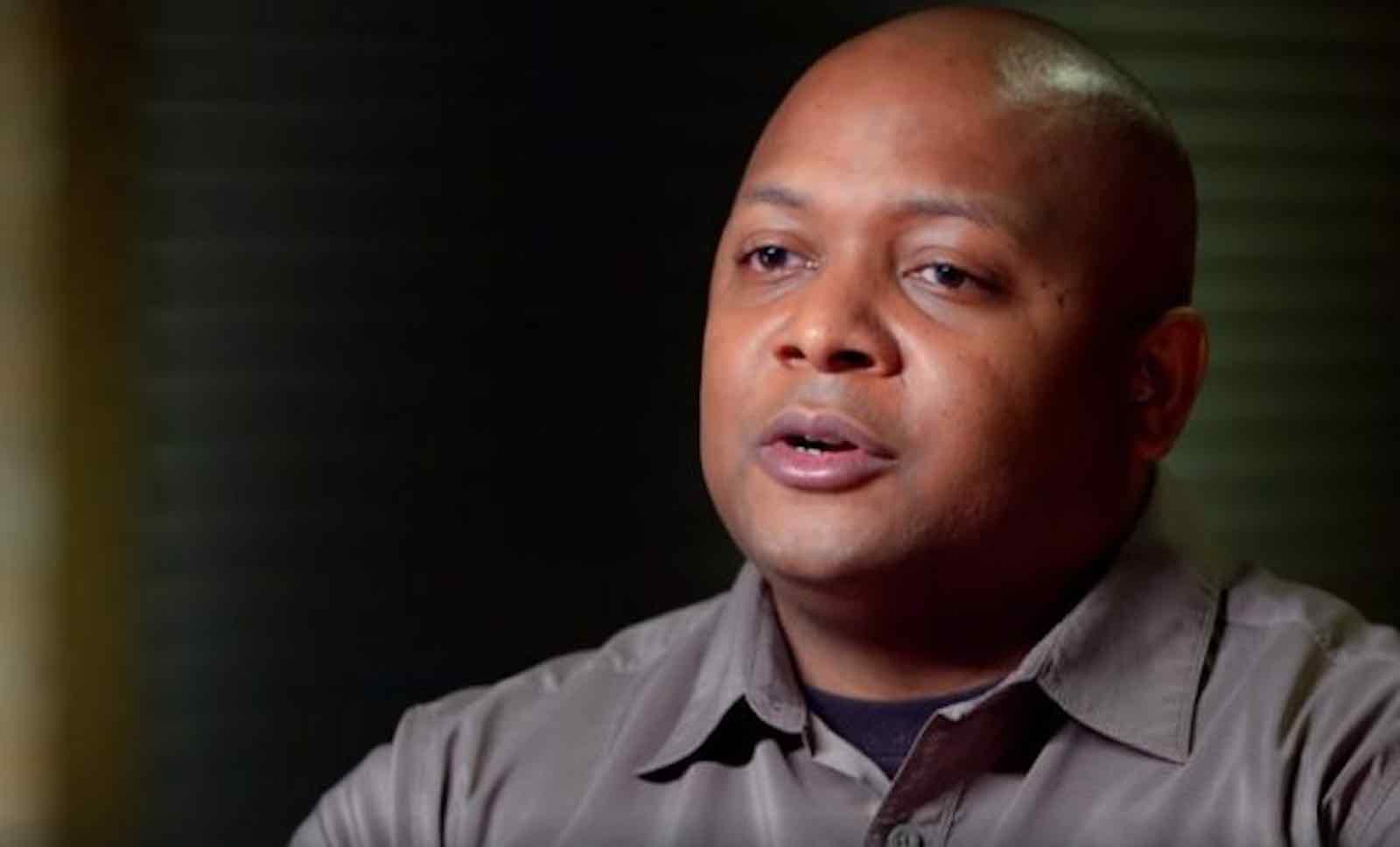 A few days later, both children were interviewed again by a forensic interviewer about the last time they saw their mother. The daughter said that she got restless and went to the door, peering through the mail slot. She saw Jarod inside, but didn’t remember what he was doing at first. Eventually, she said that he was standing there, doing nothing. Jaord noticed her and told her to go back to the car, but she peeked into the slot again. She said that she heard Ciara laughing somewhere in the house.

The eldest child, a son, confirmed that he heard noises that sounded like laughter or possible screams somewhere in the house when he joined his sister by the door.

Based on the information gathered and a timeline set up by police, Jarod was arrested and sent to jail. He eventually was released on bond, but lost custody of the kids, who went to Indiana to live with Ciara’s mother. Part of his bond agreement said that he was to have no contact with his children. 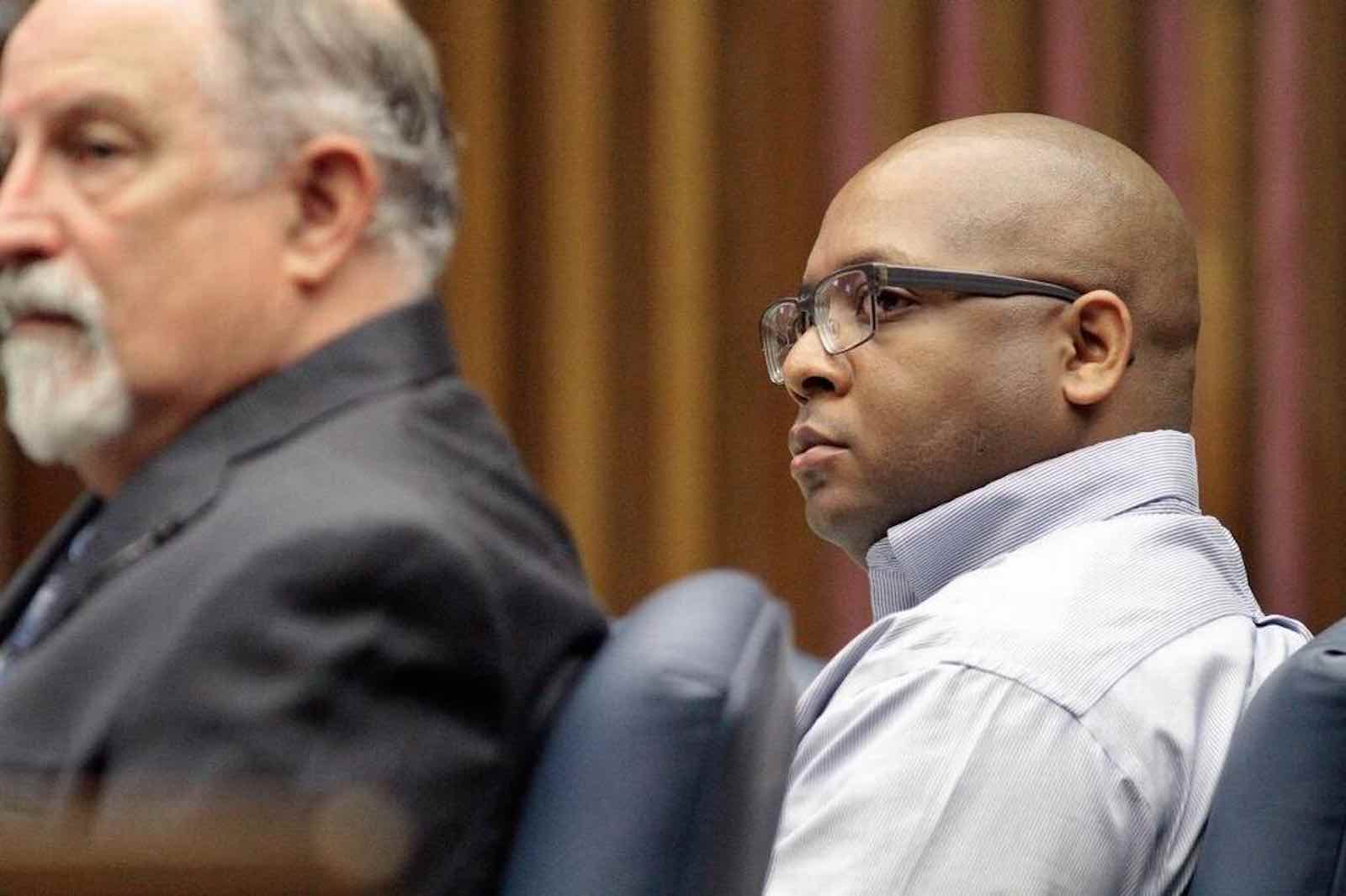 Now that is a complicated answer. Those who know Jarod don’t think he was capable of killing Ciara. During the years between Ciara’s murder and when Jarod was indicted in 2017, he got remarried and started to attend church regularly. His new wife’s mother and friends from church couldn’t believe it when the official indictment came down.

The couple’s friends from church helped them sift through the evidence against Jarod and the paperwork of the indictment. Jarod’s lawyer came from a small firm so the leg work of everything had to be done by Jarod and others that he knew. 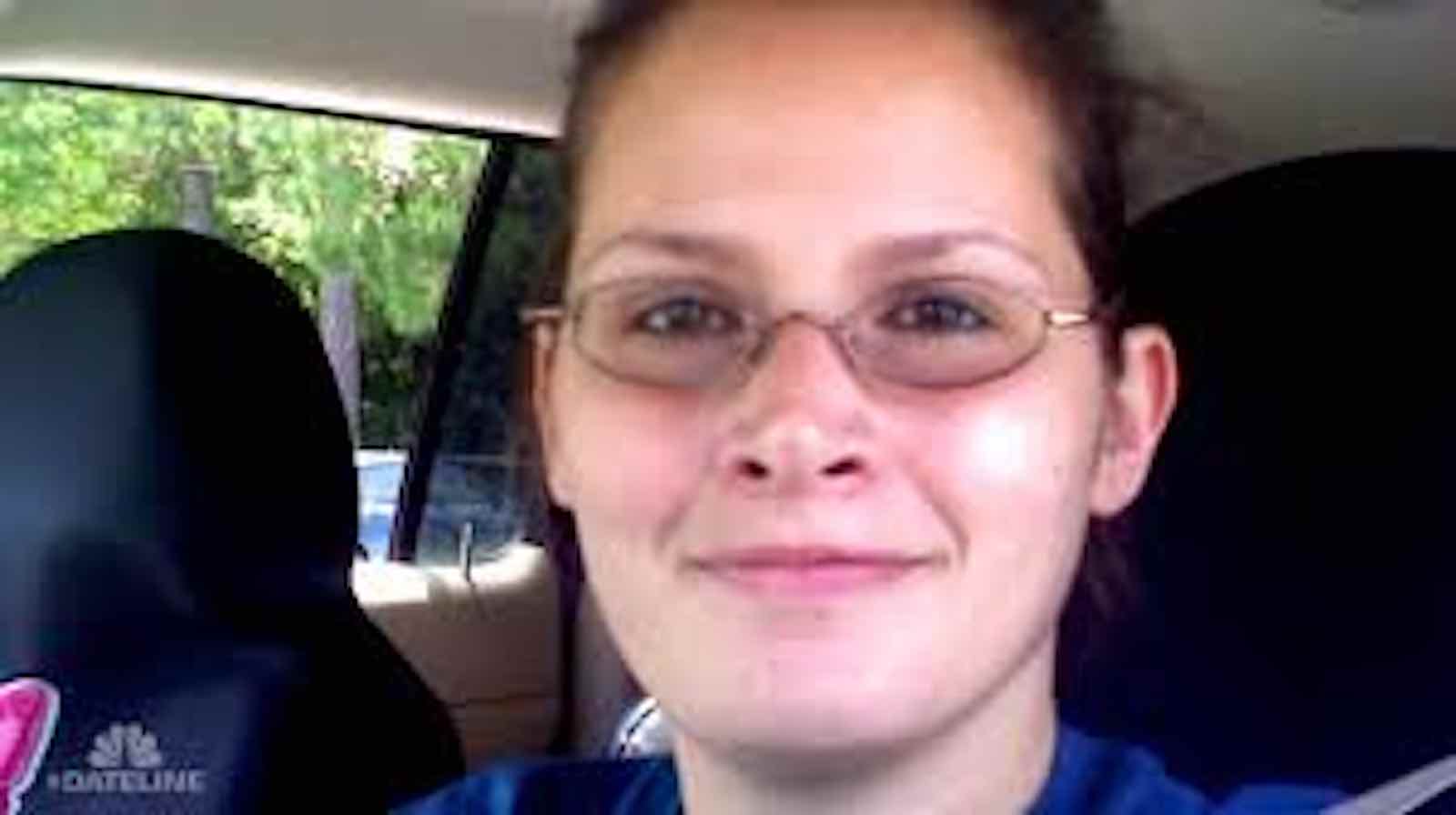 Jarod’s friends vowed to be objective when looking through the evidence, taking parts of the evidence that fell into their areas of expertise to look over. The makeshift team said that the cell phone records had Jarod’s phone pinging from a tower about 15 miles away only 20 some minutes after it pinged at Ciara’s house. Given the bloodiness of the crime scene, they didn’t think there was time for Jarod to kill Ciara, clean up, and get out of the house and to the next tower. 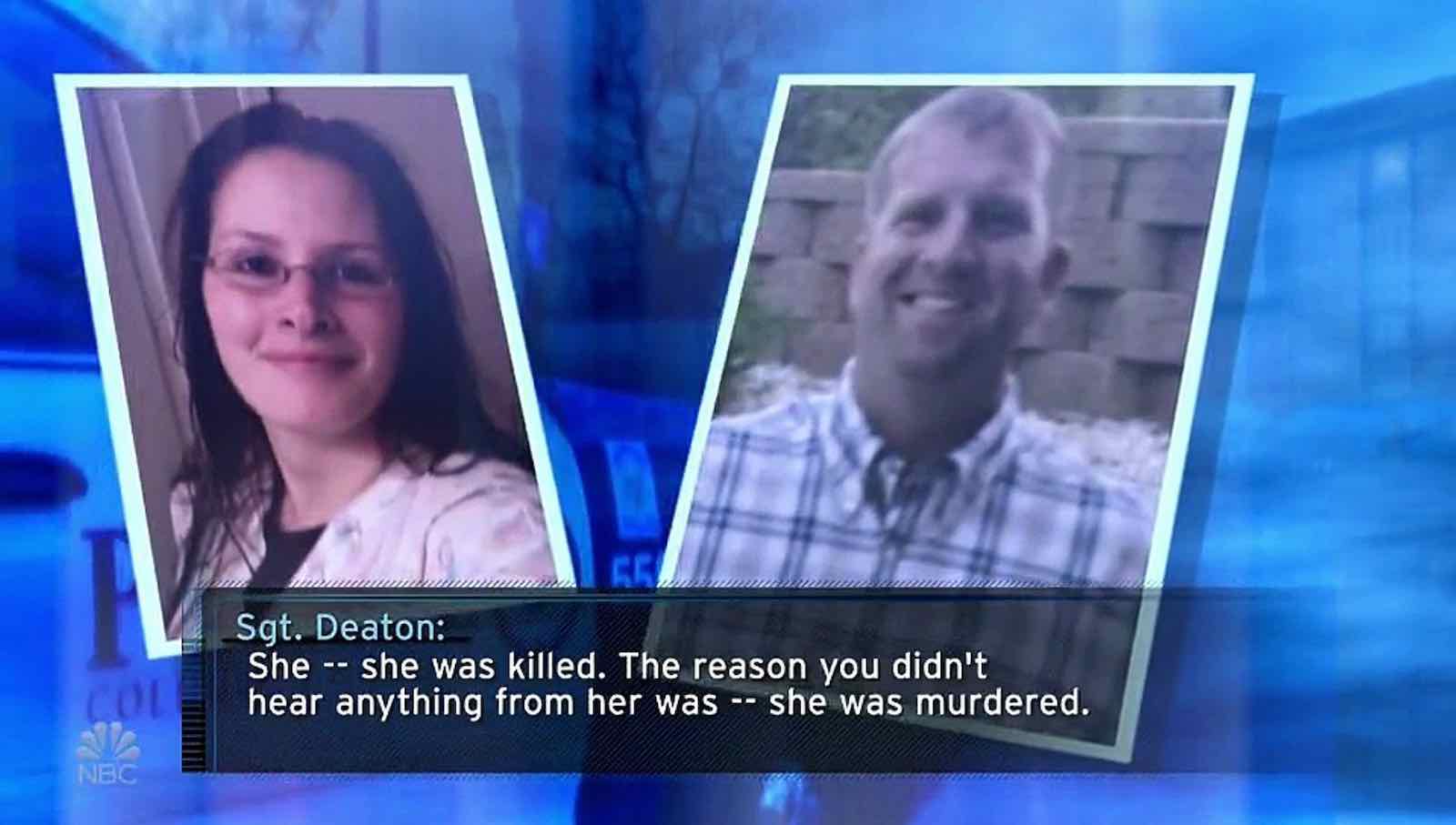 The prosecution, however, thinks that only Jarod could have done it. In addition to the testimony of the children, they had Jarod’s fingerprints on Ciara’s cellphone and believed that Jarod had enough time to attempt a clean-up and leave. They also have the testimony of a former cellmate at the county jail that Jarod told him about killing Ciara.

In the testimony from the children, Jarod’s daughter says she saw her father through the mailslot changing his shirt and has a white bottle near him. The prosecution maintained that the children had not been coached, but more details and clarification came as the children got older. They were forensically interviewed in order to make sure that they were not coached. 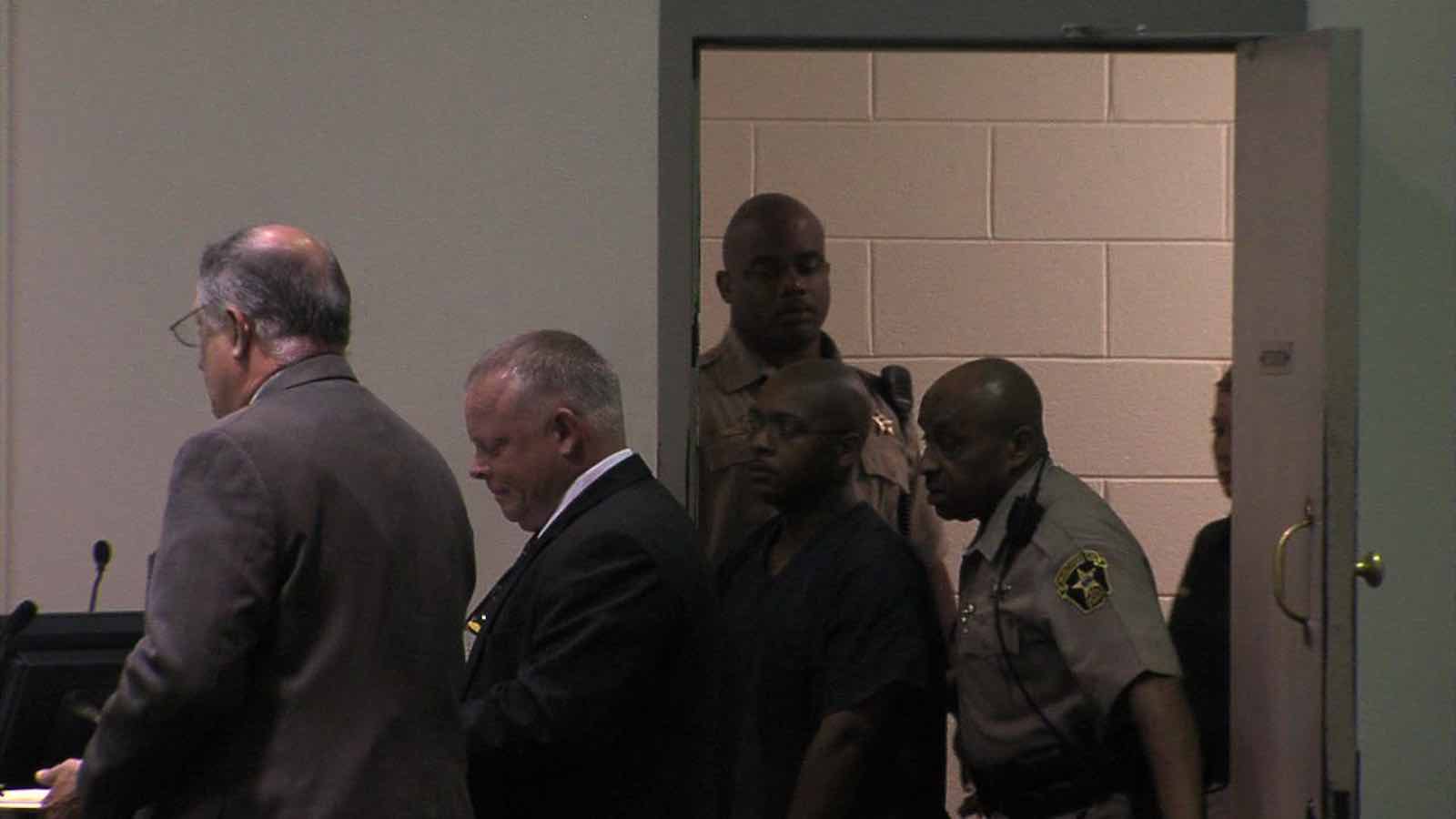 Jarod’s defense attorney, at trial, attacked the lack of forensic evidence: no DNA, no fingerprints on the murder weapon. He said that Jarod’s fingerprint was on Ciara’s cell phone because Jarod talked to her brother. Jarod’s fingerprints were all over that apartment as he and Ciara co-parented and he was over to see the kids a bit.

As for the children’s testimony? The defense believed that the children’s testimony was led by police. In order to combat this, Jarod would have to take the stand in his own defense. Prosecution questioned Jarod rigorously over the course of three days. Jarod’s defense also maintained that Jarod was not abusive toward Ciara nor was upset about her upcoming move. 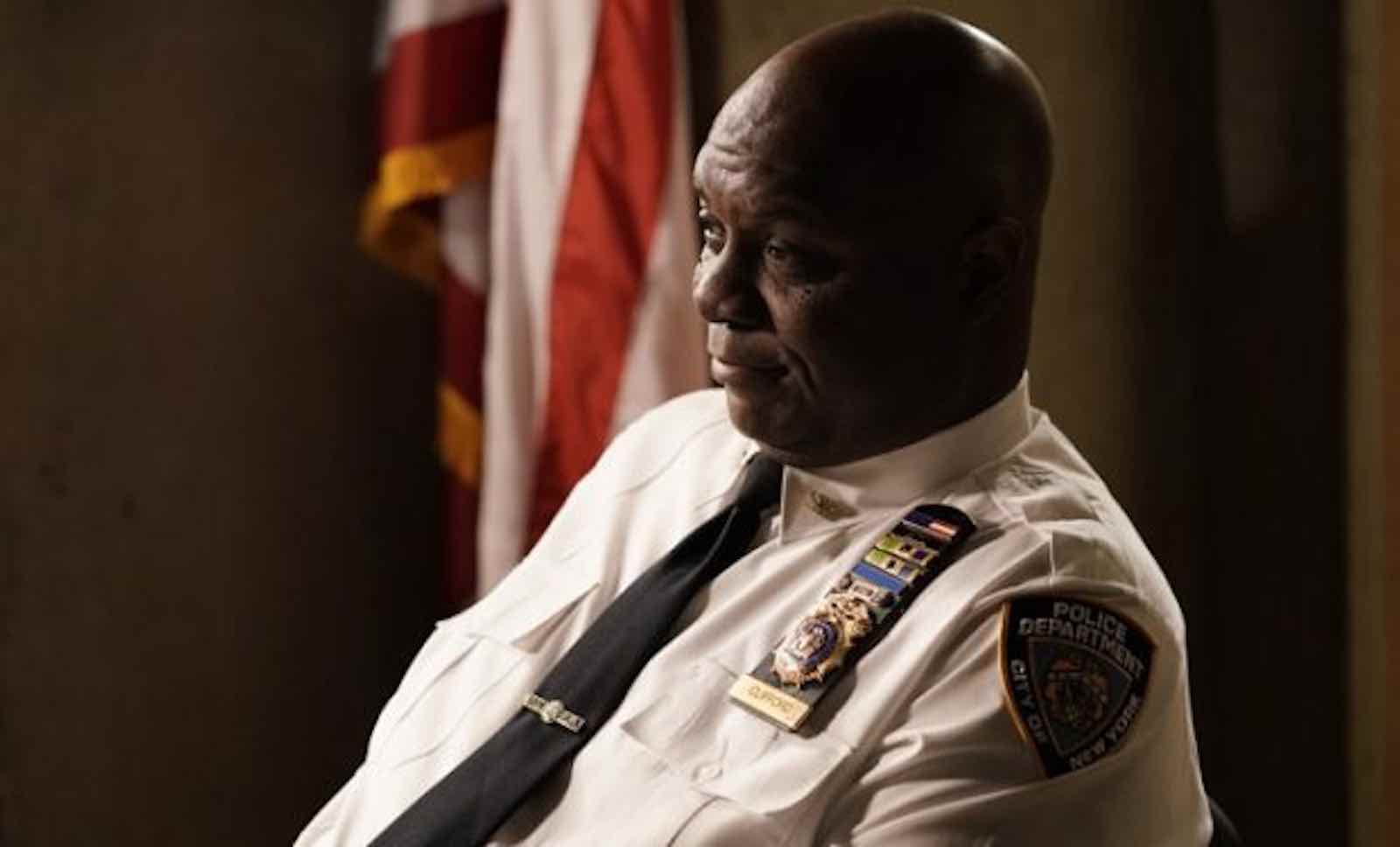 After two days and two hours of deliberations (with a week in between due a court calendar fluke), the jury came back with a Not Guilty verdict for Jarod. While Jarod’s friends and family were thrilled, Ciara’s loved ones were devastated.

The prosecution remains by their indictment of Jarod, even if it didn’t end with the conviction that they wanted.