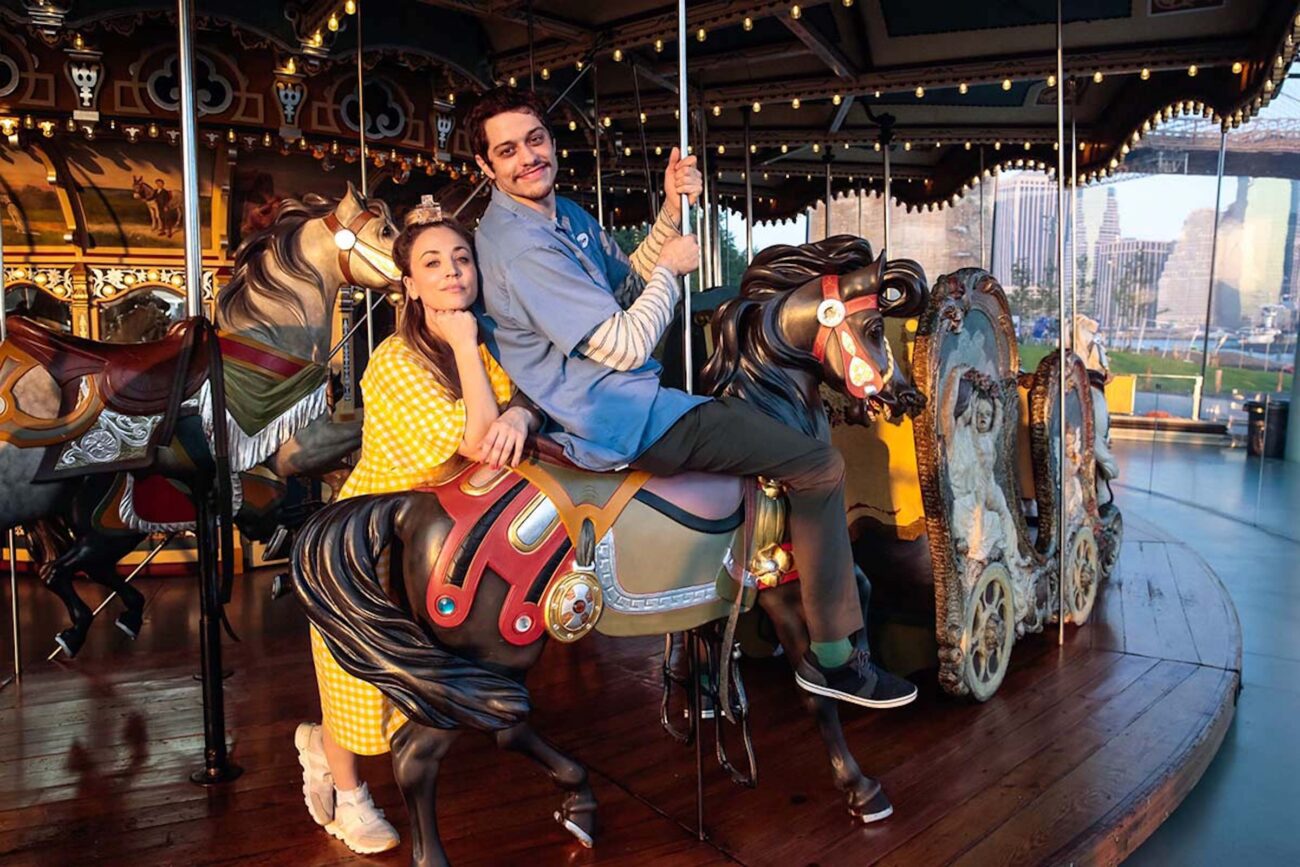 It’s official . . . Kaley Cuoco & Karl Cook are calling it quits. According to People Magazine, they’ve decided to break up after three years of marriage. The couple released a joint statement saying, “Despite a deep love and respect for one another, we have realized that our current paths have taken us in opposite directions.”

They continued, “We have both shared so much of our journey publicly so while we would prefer to keep this aspect of our personal life private, we wanted to be forthcoming in our truth together. There is no anger or animosity, quite the contrary.” Now that they’re done, fans are questioning if Cuoco has something going on with her co-star Pete Davidson. 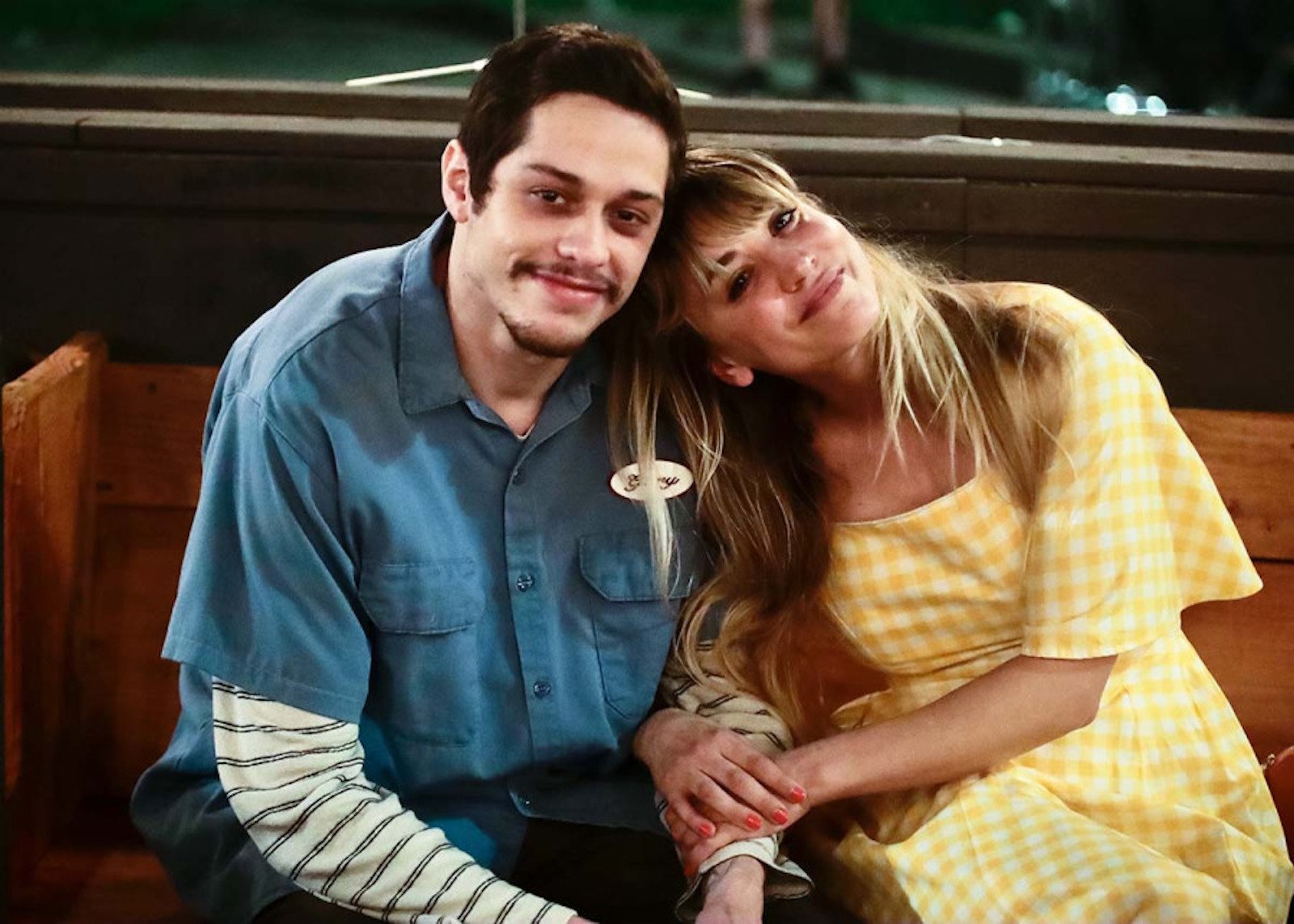 Kaylee Cuoco’s Insta is sparking some dating rumors about her & her co-star Pete Davidson. They are starring in an upcoming romantic comedy called Meet Cute directed by Alex Lehmann. This movie contains the perfect blend of lovey-dovey moments with time travel adding a sci-fi twist to fall in love with.

A young couple realizes they have the chance to reverse time to heal the past traumatic moment they’ve faced in order to join together again without any of the negative emotional baggage they initially carried into the relationship. Unfortunately, things don’t go as smoothly as they hope! Time travel movies tend to always prove the same notion . . . trying to change the past ends up messing up the future. 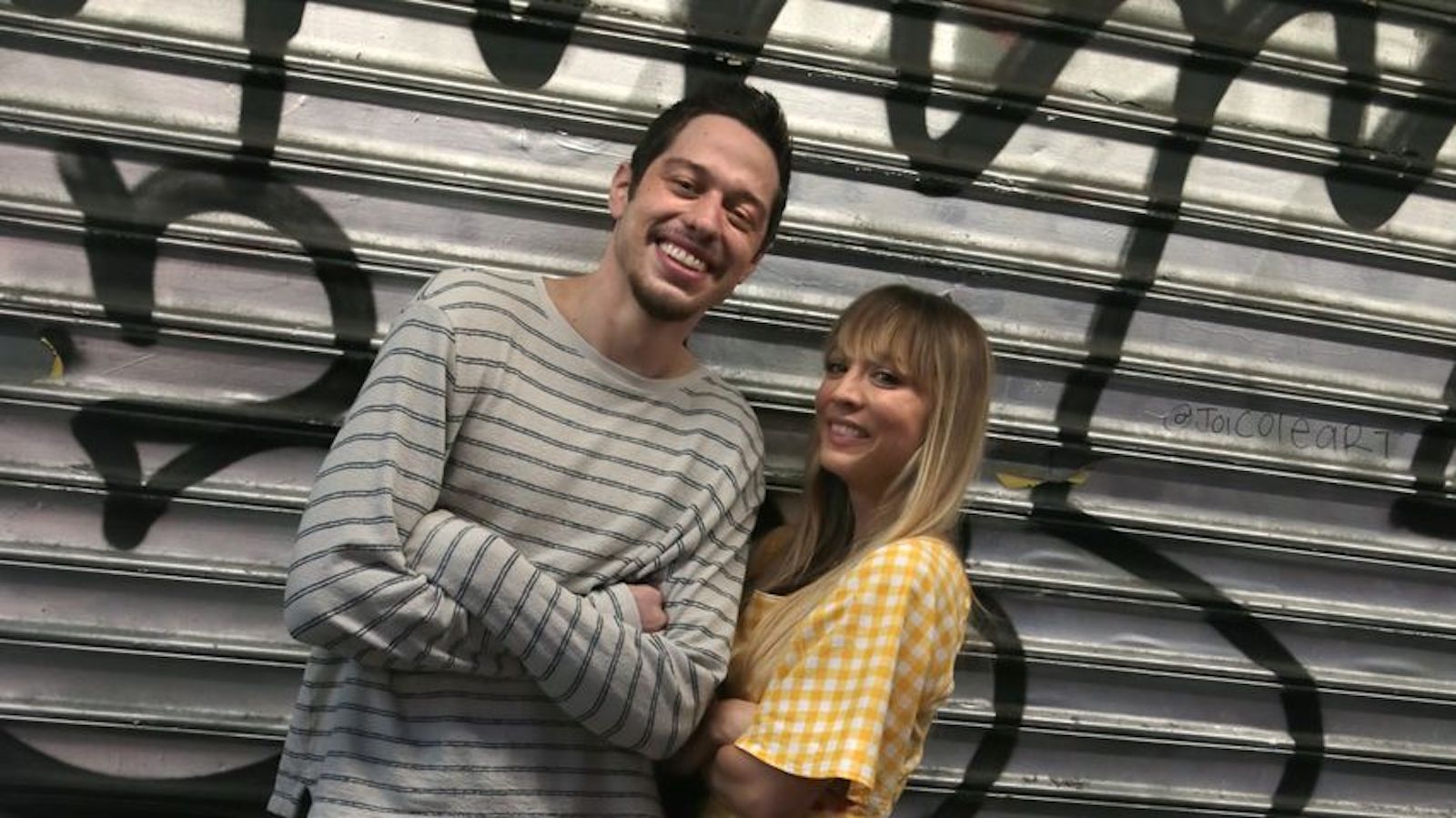 Taking a scroll through Kelly Cuoco’s Instagram will reveal some super precious moments of her & Pete Davidson. The two pictures she’s posted so far depict the actors hanging out by the water’s edge in the big city. In one picture, they seem to be carelessly & joyfully skipping across the bridge but it’s the other picture she posted that has fans reeling with questions.

Kaley Cuoco’s Instagram is typically filled with beautiful selfies, updates about her upcoming projects, and some endorsements she’s part of with brand deals. The picture she posted embracing Davidson stands out immensely.

She added a caption, “What an experience! Loved every single human involved with this special little gem of a film . . . Would do it over and over and over again.” Of all the humans involved in the movie she’s talking about, Davidson is clearly one of the people she’s referring to. 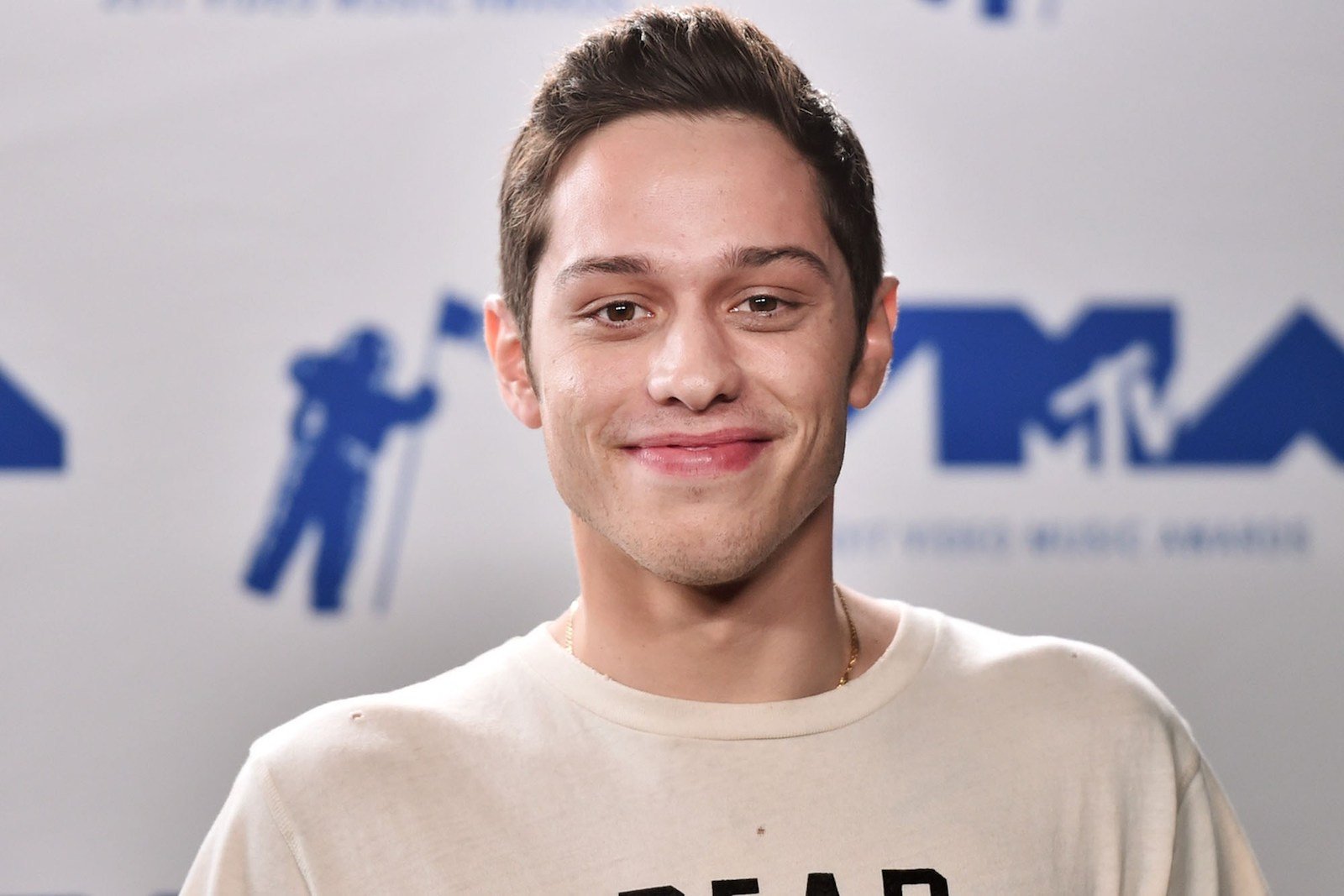 Despite Kaley Cuoco’s Insta pics that reveal a very close relationship with Pete Davidson, he was very recently in a full-on relationship with an actress named Phoebe Dynevor. Most people recognize her from her time starring in Bridgerton in the unforgettable leading role.

Fans speculated that the two were dating for months before they confirmed their relationship by making a public appearance as a couple holding hands in July 2021. According to E! the couple has now ended things.

Prior to entering this relationship, Davidson dated model Kaia Gerber, actress Margaret Qualley, the exquisite Kate Beckinsale, and he was infamously engaged to Ariana Grande for a very short-lived amount of time. Since they’re both newly single, rumors about him & Cuoco are making their rounds regardless. 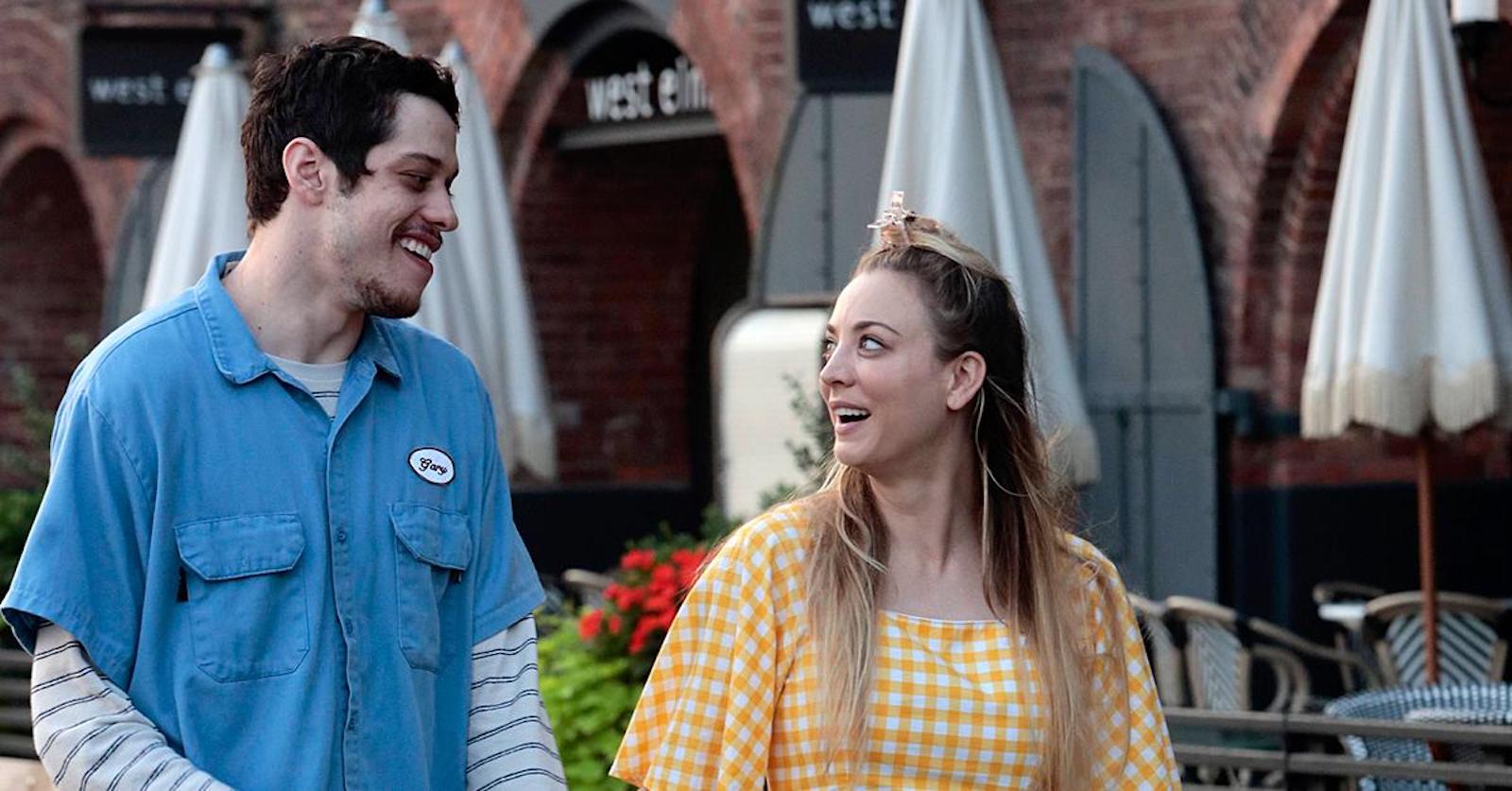 Since Kaley Cuoco is officially divorced from Karl Cook, and Pete Davidson has ended things with Phoebe Dynevor, it’s very likely a relationship between Davidson & Cuoco is in the works. They’ve already been spotted sneaking lunch dates together and holding hands in public.

These are some major signs that they’ve got something serious going on, yet just haven’t announced it officially to their fans just yet. Knowing Cuoco & Davidson might be in a relationship together, especially after taking Kaley Cuoco’s Insta pics into account, makes their upcoming movie so much more exciting.