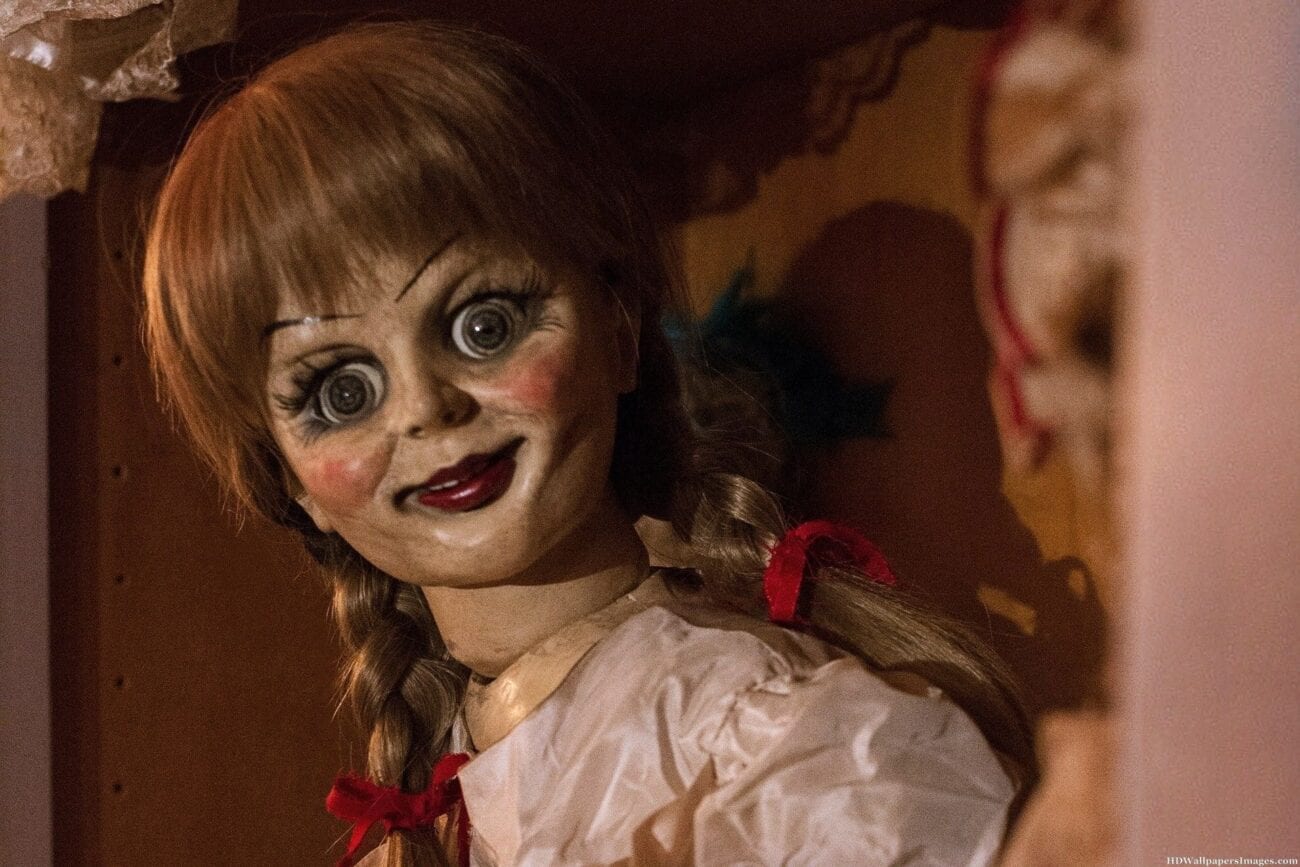 Is Annabelle real? Worse, she’s not alone! Meet the creepy dolls just like her

The spooky porcelain doll that gained notoriety in the 2013 Conjuring film was such a smash hit with audiences that she was given her own film franchise. Annabelle was released in 2014 and followed up by Annabelle: Creation in 2017. Now, Annabelle Comes Home, the third installment of the series is on the way.

The Conjuring film franchise, and all its spin-offs are based on the work of famous demonologists Ed & Lorraine Warren. All based on real-life cases of hauntings & paranormal activities, some speculation around the accuracy of this latest installment is building.

The film franchise garnered its reputation because carefully depicted actual events, while also featuring real-life artifacts that were believed to be haunted. Folks are questioning whether all the artifacts in Annabella Comes Home are in fact real, or whether they’re just a Hollywood creation. Here is what we know about the authenticity of the spooky dolls and other haunted artifacts in the film! 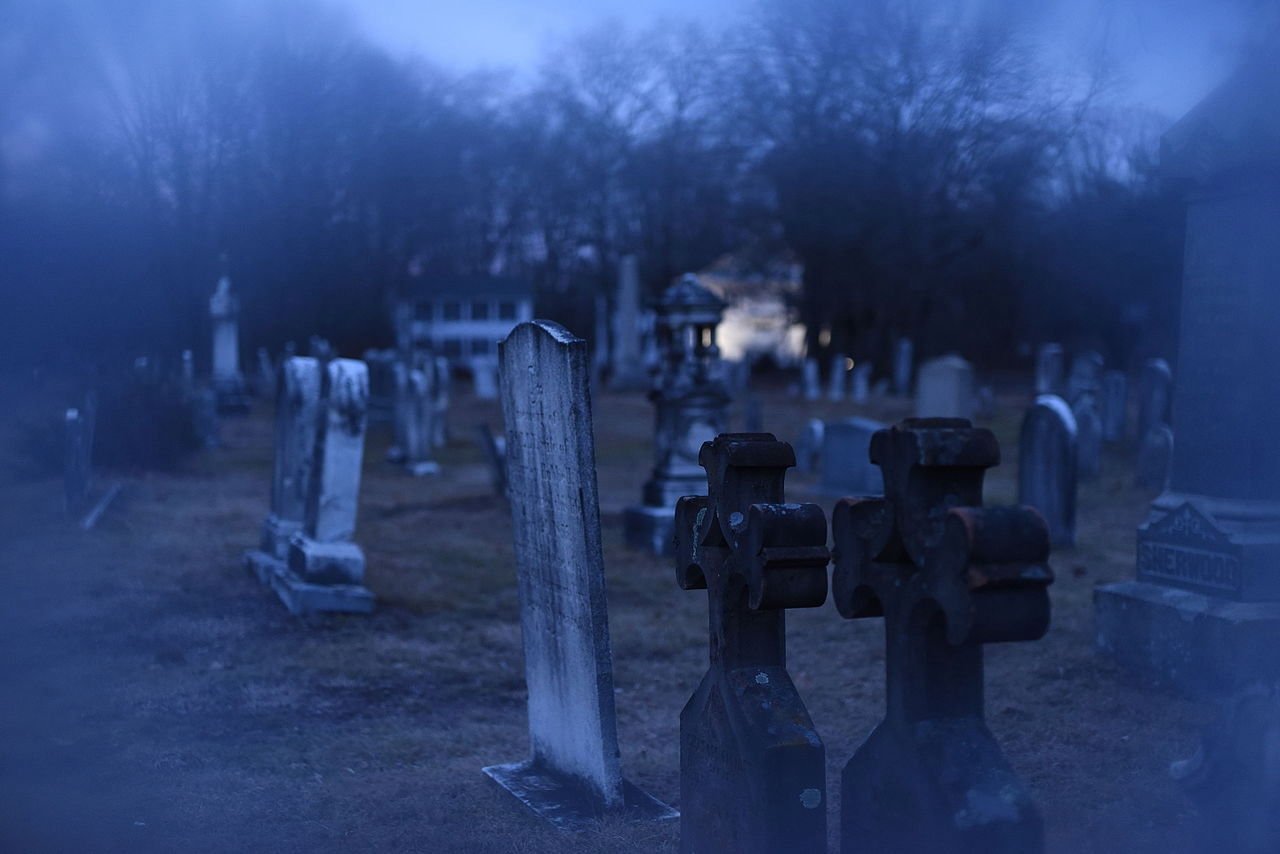 Tony Spera was the curator of the Warren Occult Museum prior to its closure in 2019. This museum housed multiple artifacts depicted throughout the Conjuring film franchise that were collected by Ed & Lorraine Warren over the course of their paranormal careers. Included among the artifacts housed here was the infamous Annabelle doll.

In a report with The Hollywood Reporter, Spera confirmed that the occult museum does, in fact, house a white wedding dress. In the film, whoever puts on the dress is destined to murder their fiance. Despite the artifact’s inclusion in the film, the storyline depicted is entirely fictional. 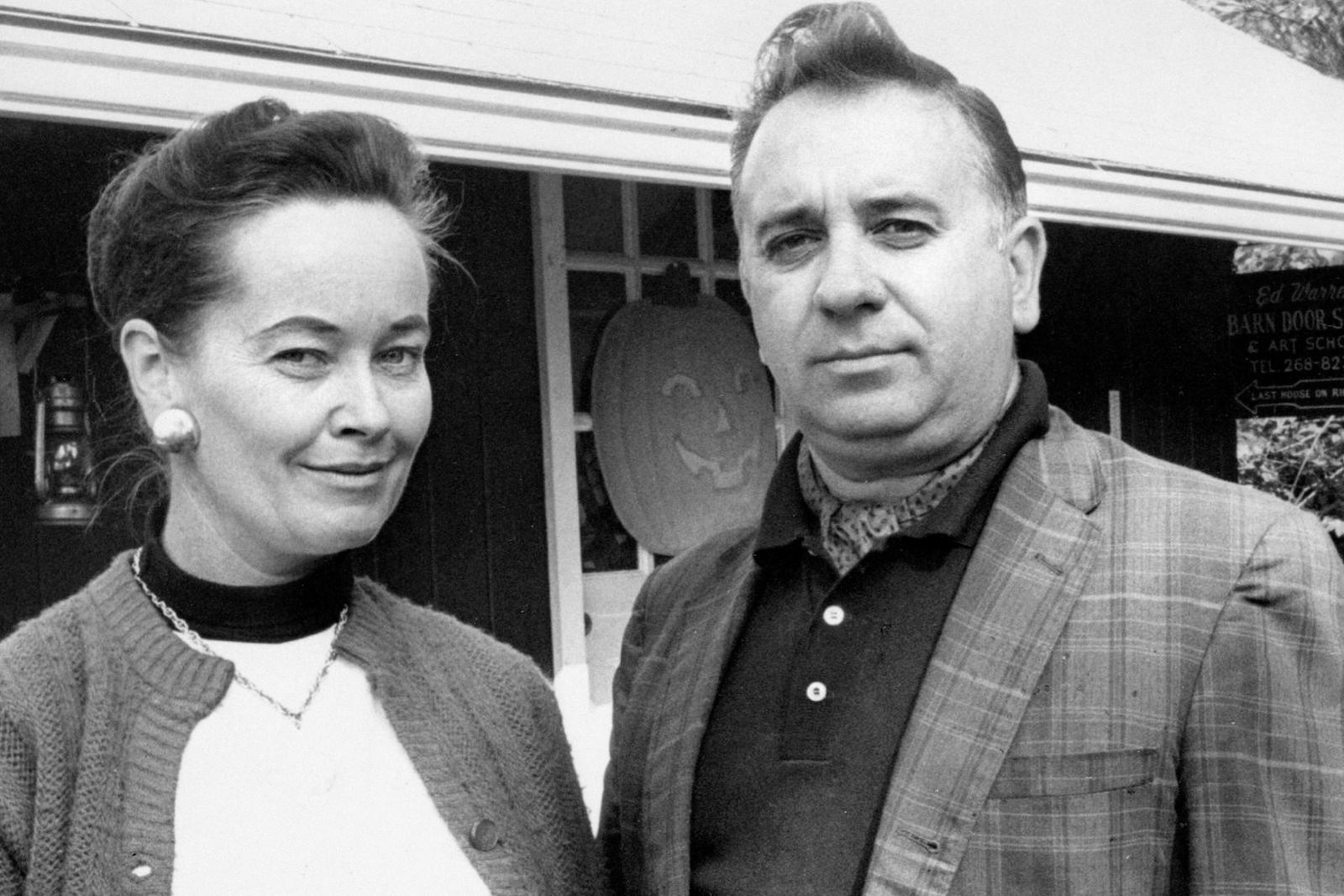 The true origins of the dress are linked to The White Lady of Union Graveyard. Over the years many individuals have claimed to have seen the ghost of a woman walking through the Connecticut graveyard at night. Lorraine & Ed Warren were called in to investigate the situation and claim they were able to get actual video footage of the ghost. The video footage is believed to be stored in a secure location.

According to the legend, due to a transformer explosion one night, the ghost was able to manifest in corporeal form. Tony Sperla claims that the spirit used the energy from the transformer to manifest in solid form. An off-duty police officer & firefighter allegedly struck the woman with their car. The car suffered great damage, but the body of the woman they hit was never found. 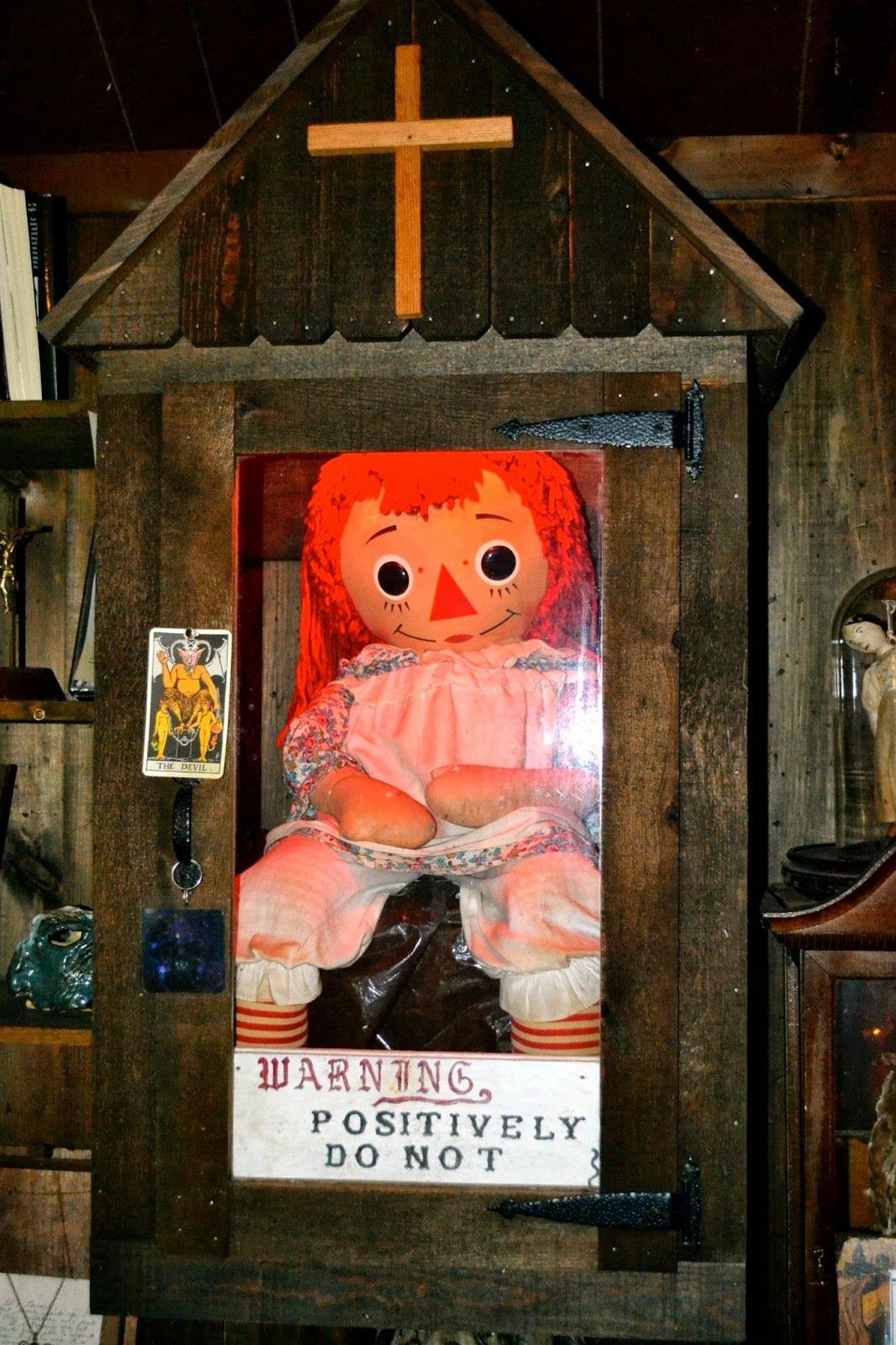 According to Tony Sperla, Hollywood didn’t mess with the authenticity of this one. While the story behind the doll is believed to be accurate, the film franchise did alter her appearance. In the films, the doll is porcelain and has an evil-looking face. However, the real doll in the museum resembled a raggedy doll with quite pleasant features.

In real life, a woman received the doll as a gift from her mother. The owner started noticing small paranormal occurrences regarding the doll, like its location change around the house, posture changes, and then came home one day to find paper scattered around their apartment with the phrase “help me” written on it.

The woman called a psychic who determined that the doll was possessed by a seven-year-old girl named Annabelle that had been killed right outside the apartment in a car accident. The psychic informed the doll’s owner that she believed the child was definitely “inside” the doll. 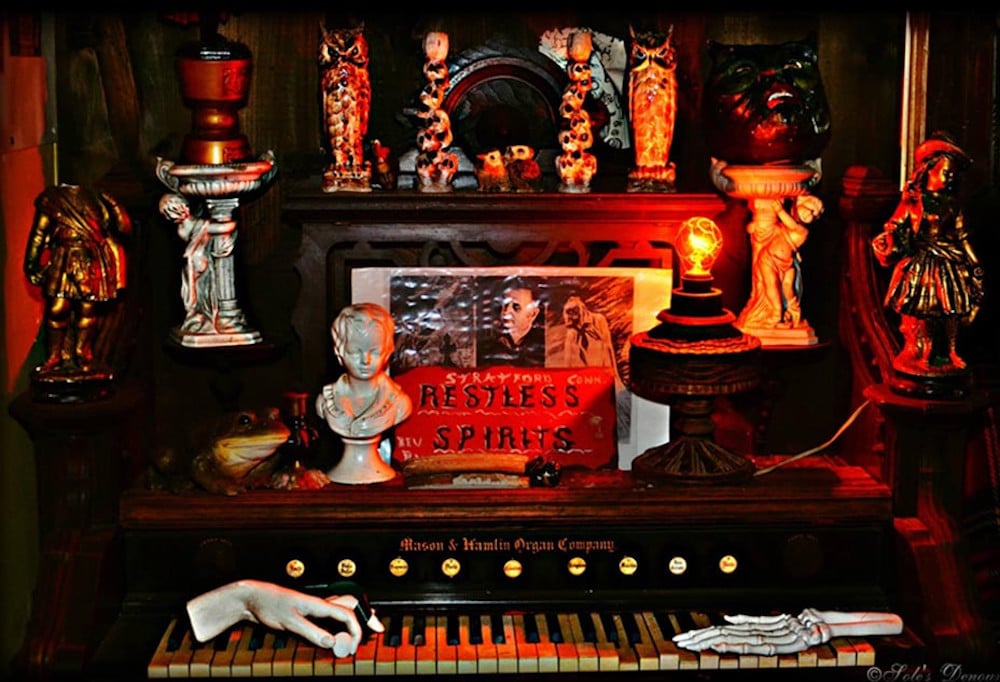 In Annabelle Comes Home the character of Daniela (Katie Sarife) is visiting the occult museum. When she stumbles across the museum’s piano, she breaks the cardinal “no touching the artifacts” rule and a man manifests beside her when she presses down on the keys. According to Sperla, there is an organ housed at the museum that was collected by Ed Warren during one of their cases.

Sperla told The Hollywood Reporter “Ed could hear the strains of this organ playing at night, so he thought to himself, ‘Geez, someone must have broken into the museum,’ so Ed would jet down the stairs to check…of course nothing was touched, or unlocked. As soon as he’d get to the museum, the organ stopped playing. This [false alarm] happened three times.”

A priest visited the museum after this to bless the place, which allegedly resulted in the cessation of paranormal activity from the organ. 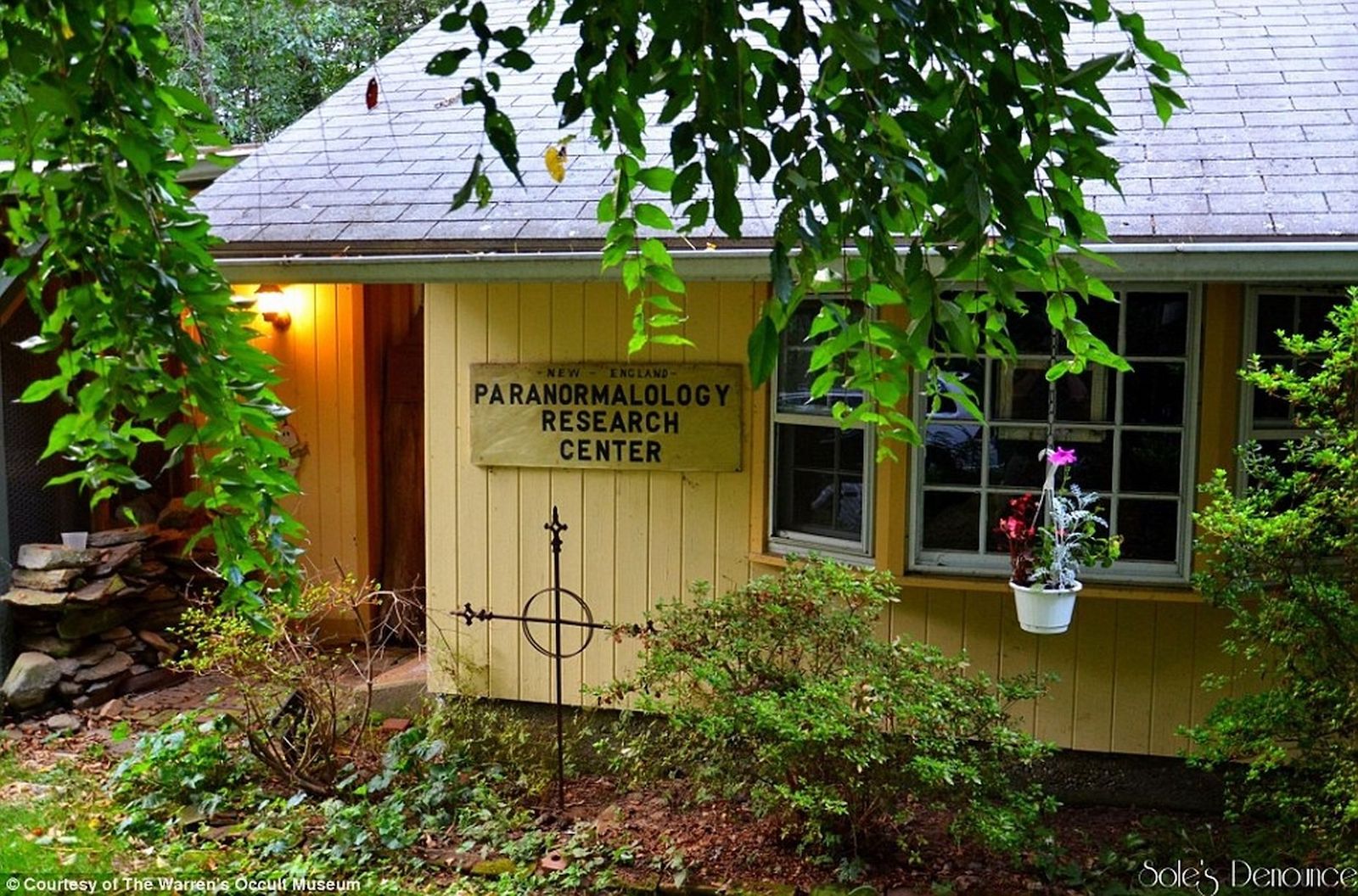 In Annabelle Comes Home, there is a television set housed at the museum. When Daniela looks into the television she becomes frozen solid. According to Sperla, there is no such television set in the actual occult museum, however, he believes this idea was based on a mirror that does live there.

It’s known as the Conjuring Mirror as someone once allegedly attempted to conjure spirits through its reflective surface. A man in New Jersey allegedly sat in front of the mirror for hours on end attempting to summon his dead family members. After some weeks of this, the faces of “ugly monstrosities” appeared in the mirror and eventually drove the man insane.