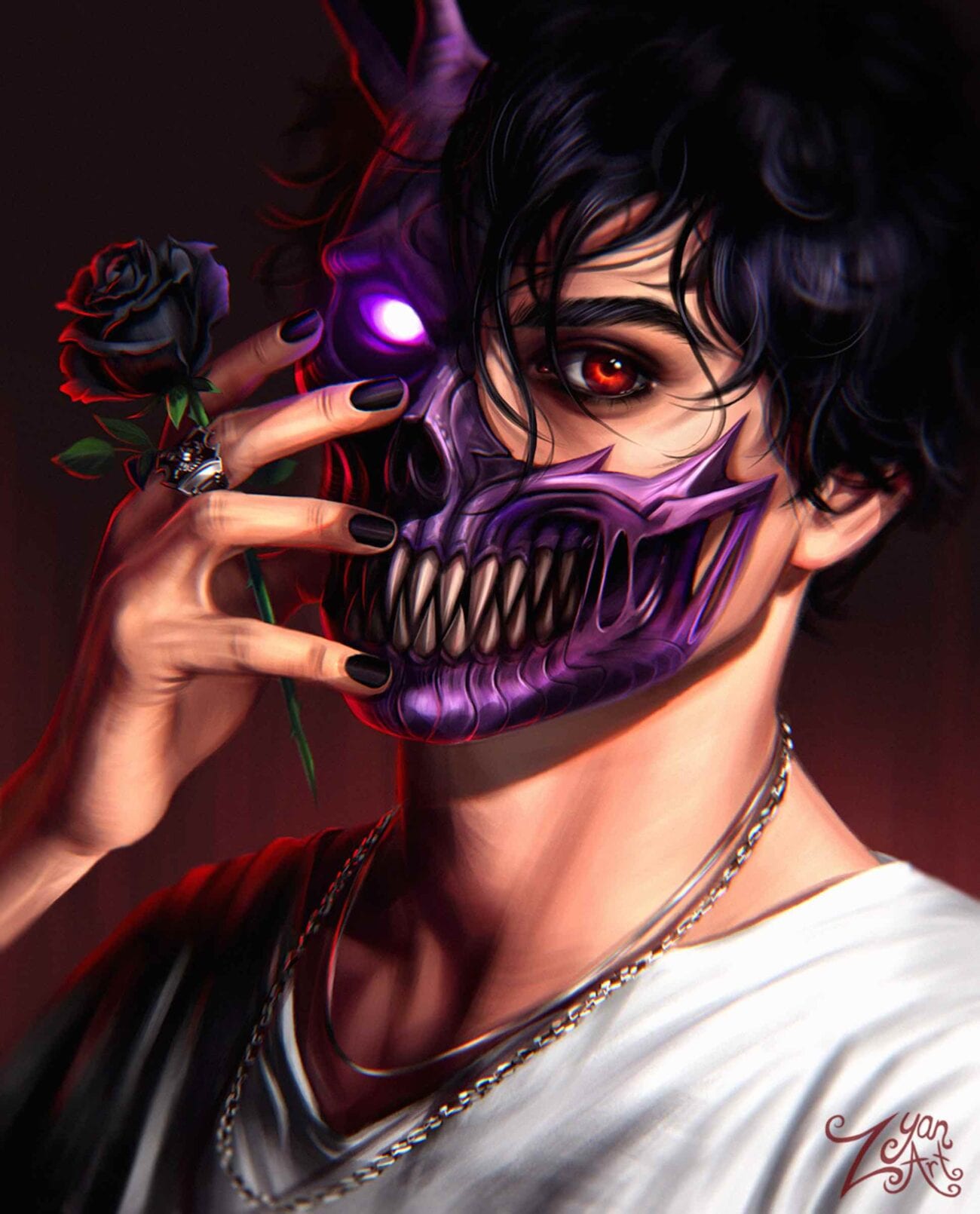 The famous gaming YouTuber Corpse Husband may have finally revealed his face to us after posting a new TikTok to his account yesterday.

Corpse Husband is one of the new influential gaming YouTubers on the scene, with a net worth somewhere around the $1 million mark and a sultry voice that has caused quite the stir among the gaming community despite no one ever seeing his face.

One aspect that seems to draw so many in (besides his voice and amazing sense of humor) is the mystery surrounding him. Who is Corpse Husband? He seems just as keen to answer this question himself with this new teaser that may be hinting at a face reveal. Grab your masks and dive into what we know about the potential Corpse Husband face reveal.

Is this even real?

Corpse Husband posted this haunting video to his TikTok yesterday, showcasing a lack of his now iconic mask in the final seconds of the video. This video showcases him levitating slightly with stylized television screen text that asks “Is this even real?”

Many have wondered the same thing about the video, asking themselves if this may be a coded announcement for the long awaited face reveal of Corpse Husband. This is not the first time the YouTuber has talked about this issue or the first time we get a hint of his face. In an interview with Anthony Padilla, Corpse Husband did reveal his face. . . only for it to be covered by his logo for the entirety of the interview.

The reason behind the mask, according to Corpse Husband’s post on Twitter, is due to both his struggles with anxiety as well as the health issues he faces, including fibromyalgia, sleep apnoea, and gastroesophageal reflux disease (GERD). Therefore, he wishes to remain faceless, though the internet sometimes has other ideas.

Top of the mornin to ya!

In a tweet made only today, JackSepticEye, another major influence in the gaming community posted that he was Corpse Husband (le gasp!)

The tweet contained a picture of Jack’s screen showcasing how, when he typed Corpse Husband into his Google search, his face came up next to Corpse’s name. Of course, this has caused many jokes on Twitter from fans of both YouTubers as well as an abundance of memes, including:

WAS THIS THE CORPSE FACE REVEAL WE’VE BEEN WAITING FOR???

Corpse has more than one face- pic.twitter.com/JlbJRA9IHl

He is a man of many talents.

Yeah, it’s starting to get hard to keep track. . .

Can someone explain the joke to them, we don’t think they get it. . .

WHOA. I really thought that it'll be Rae (DayWalker face RAEveal), but it's been Jack all along.. 🤯🍀 <mindblown>

Yeah, Google has never made a mistake in its life. . . 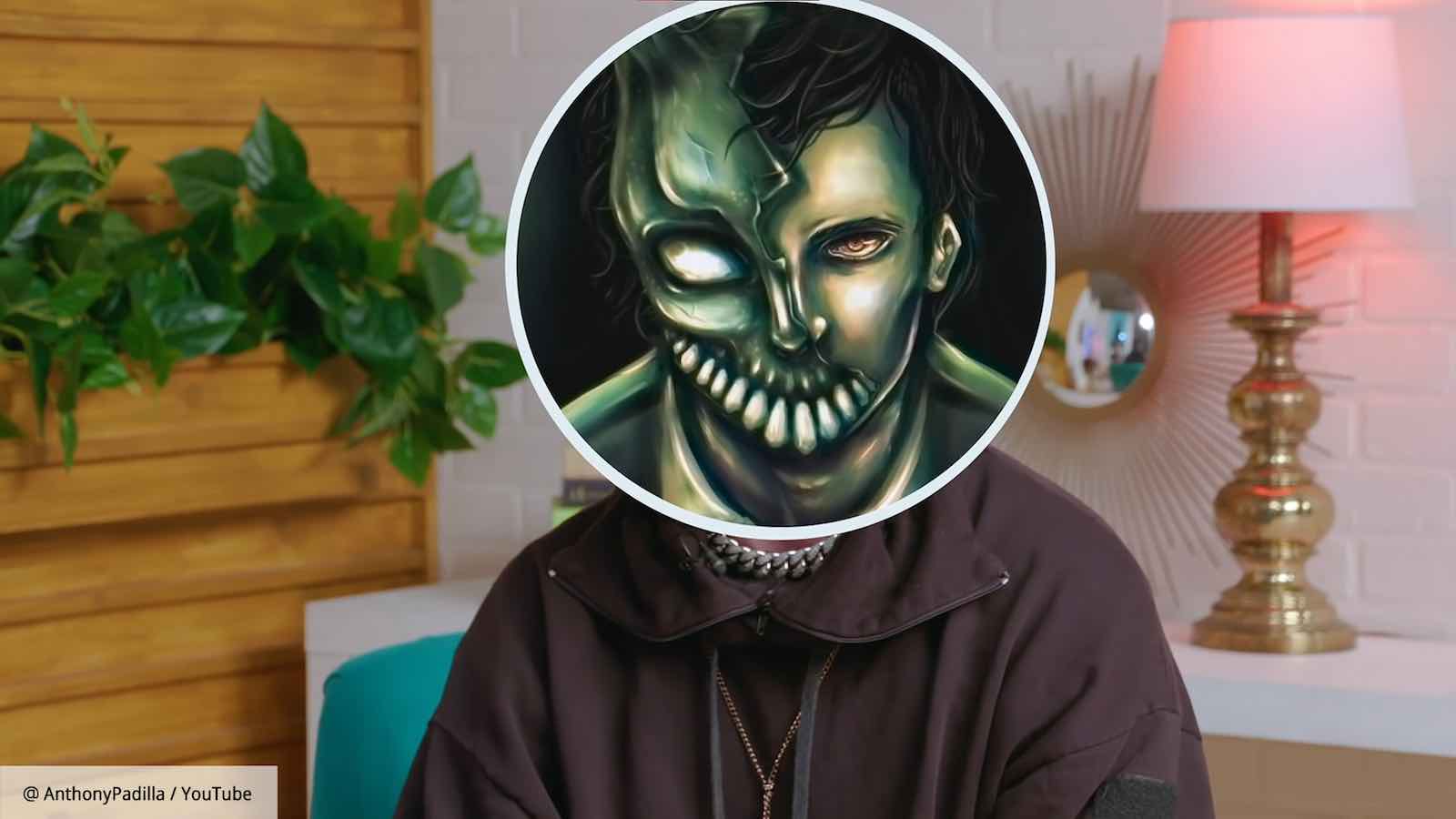 Should Corpse reveal his face?

Whether it be for the sake of privacy (which is hard to achieve in the digital age) or other equally valid reasons, pushing for a face reveal is a delicate matter. We are glad Corpse Husband seems to be willing to trust the internet with such a long held secret, but if it does end up being a slight of hand on his part, it should spark a conversation.

No other official announcement has come out from any of Corpse Husband’s social media, but we should keep in mind what Corpse has achieved while being faceless. His amazing community, his lifestream with US congresswoman Alenadria Ocasio-Cortez on her record-breaking Twitch stream, and his single with singer Machine Gun Kelly titled “DAYWALKER!” to name a few.

Corpse has done so much already and will only grow in popularity, face or no face, so if this ends up not being real or a misinterpretation, remember how, even without a face, Corpse’s popularity is not going to die anytime soon.

We asked our own astrology expert, Phoenix Knor’malle, Psychic Advisor to make a case analysis:

This is a very interesting article, and from a psychic’s perspective I think that JackSepticEye was joking or being sarcastic with his tweet. I do not think that Corpse Husband has any intention of actually revealing his face, as the suspense attracts attention. He is a Leo, which means he loves to feel special and be admired. Without his mask, perhaps he feels he would become just like other YouTubers and lose some of his allure. To understand his mindset better, it might be worthwhile to read the article. Regardless of why he chooses to remain anonymous, I feel that his privacy should be respected.

What are your thoughts on the potential Corpse Husband face reveal? Drop it below in the comments so we can keep on streaming!