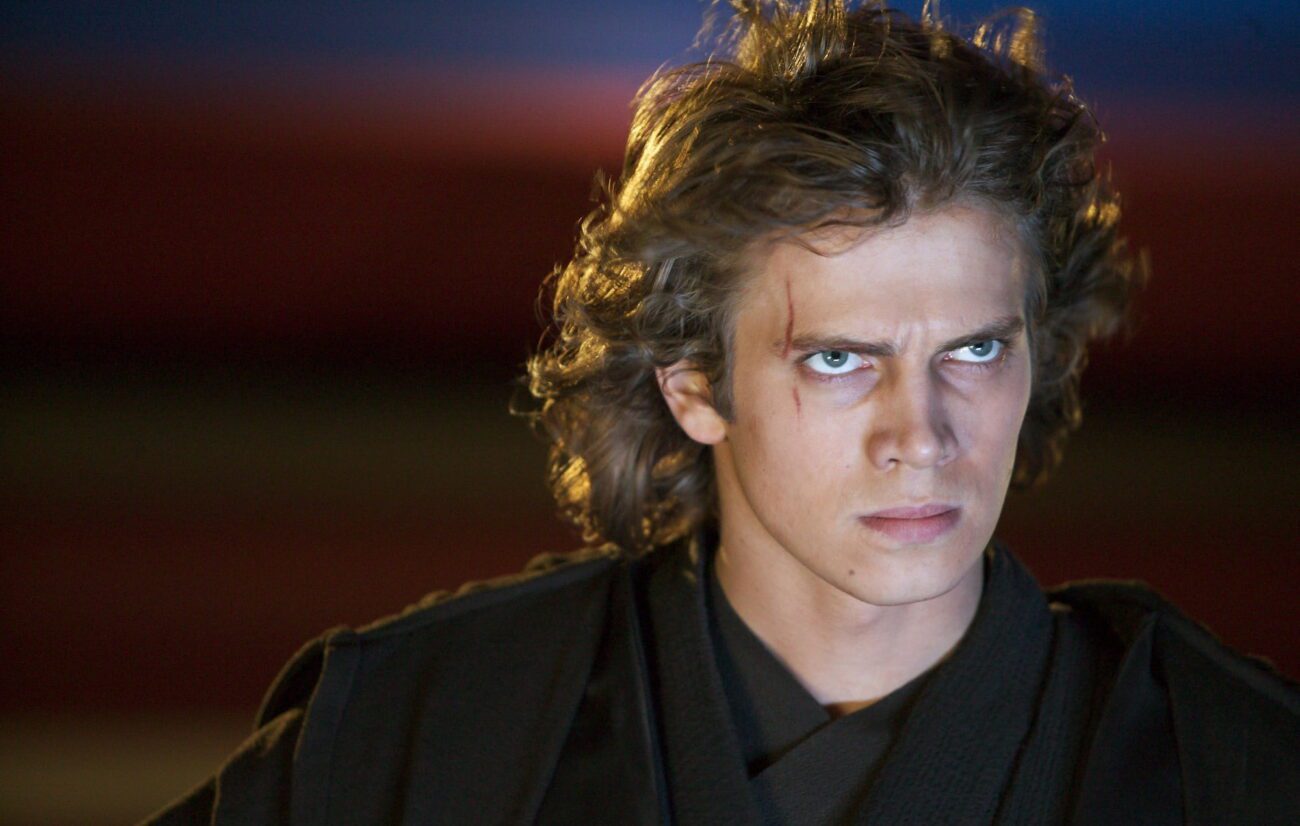 Multiple sources have recently confirmed that Hayden Christensen will return to the Star Wars franchise. The forty-year-old Canadian actor was announced to be reprising Anakin Skywalker in the Ahsoka series from Disney+. The series will star Rosario Dawson as Ahsoka Tano, Skywalker’s former Padawan. Ahsoka will be produced by The Mandolorian creator Jon Favreau.

Hayden Christensen hasn’t appeared in live-action Star Wars content since Episode III: Revenge of the Sith in 2005. However, the actor has signaled his transition back into the universe. Hayden Christensen appeared in voice roles for Star Wars: The Rise of Skywalker & Star Wars: The Clone Wars. It’s also been announced that he’ll appear in the Obi-Wan Kenobi series on Disney+.

Despite all the hype surrounding Hayden Christensen’s return, fans have mixed feelings. Many use Christensen as a scapegoat for the lackluster Star Wars prequels. Some have claimed that Hayden was too whiney to play the man who becomes Darth Vader. However, there are plenty of other characters in the Star Wars prequels who’ve made the franchise look silly. 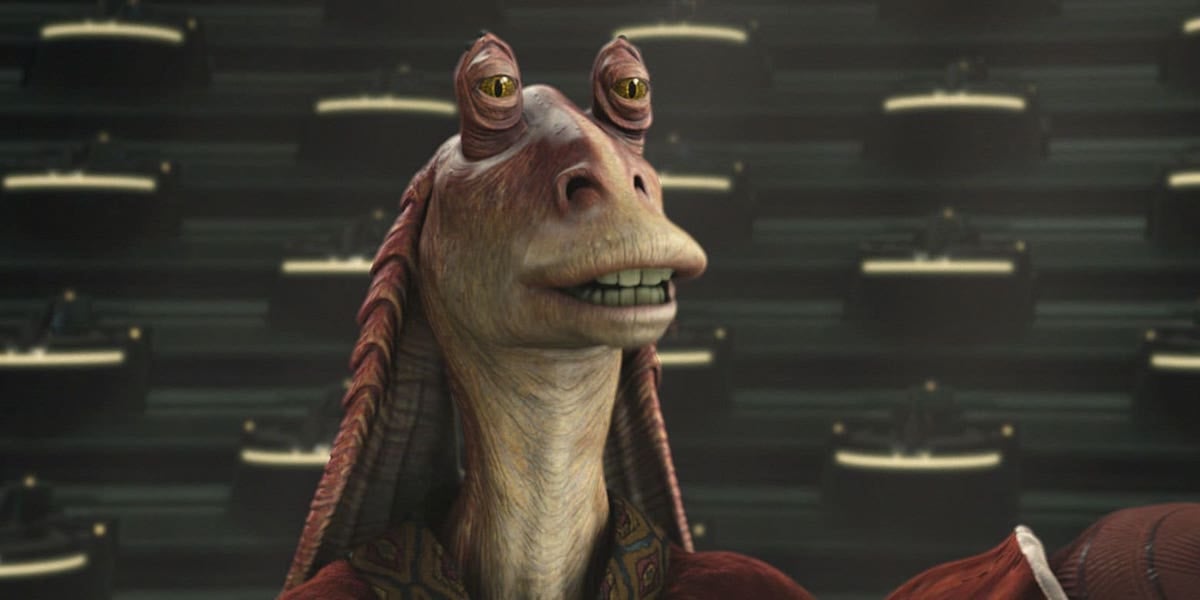 One of the most despised characters in the Star Wars canon, Jar Jar Binks (Ahmed Best) introduced fans to the new world of the prequels. Binks was seen as a revolution in movie technology in 1999. Jar Jar was the first fully computer-generated supporting character in a live-action film. Binks came to symbolize the tackiness that filled episodes I, II, and III.

Jar Jar was intended to act as comic relief in The Phantom Menace. Both critics & audiences found him to be distasteful. Some film critics even thought that Binks was a racist caricature. Jar Jar Binks’ role in the prequels diminished with every film. There are some fans who think that Binks may have been more powerful than initially shown.

A fan theory emerged around 2015 that suggested Jar Jar Binks was really an incredibly powerful Sith Lord. The character’s stupidity was all a front for a diabolical plan to overthrow the Jedi. Some went as far as to claim that George Lucas had intended for Binks to be the role that Count Dooku (Christopher Lee) eventually filled. 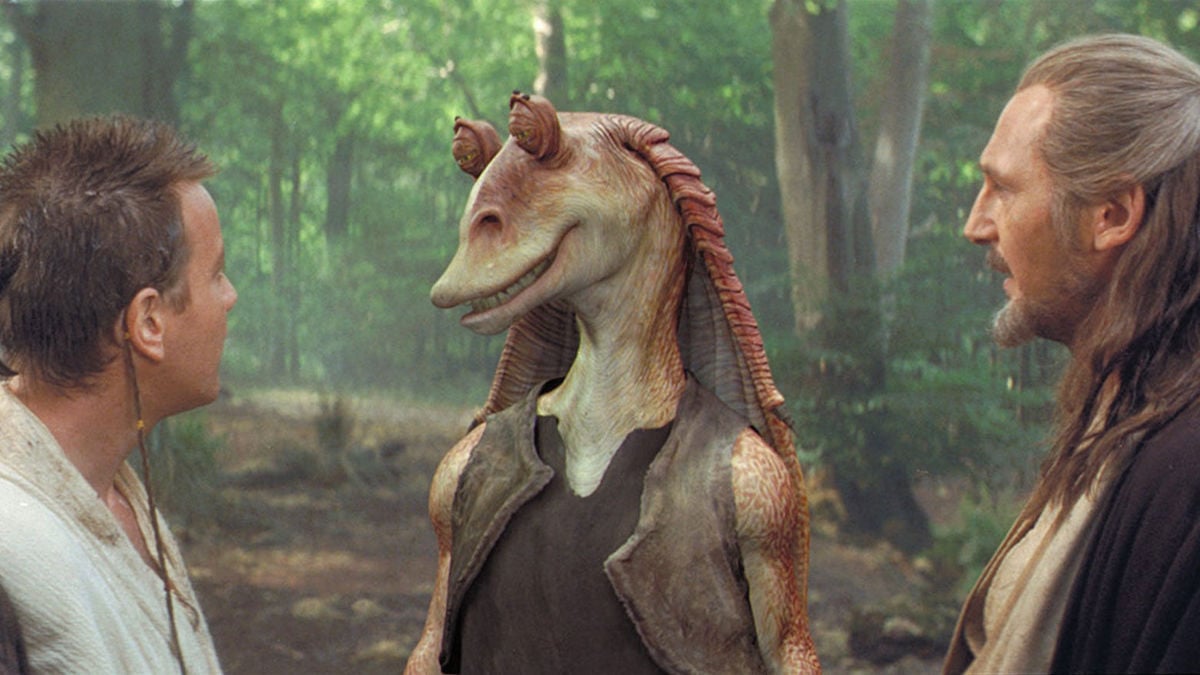 Ahmed Best even supported these rumors. Despite all the fun & games, many fans still see Jar Jar Binks as a blight on the Star Wars name. The prequels are full of other characters who don’t appear too great in hindsight. 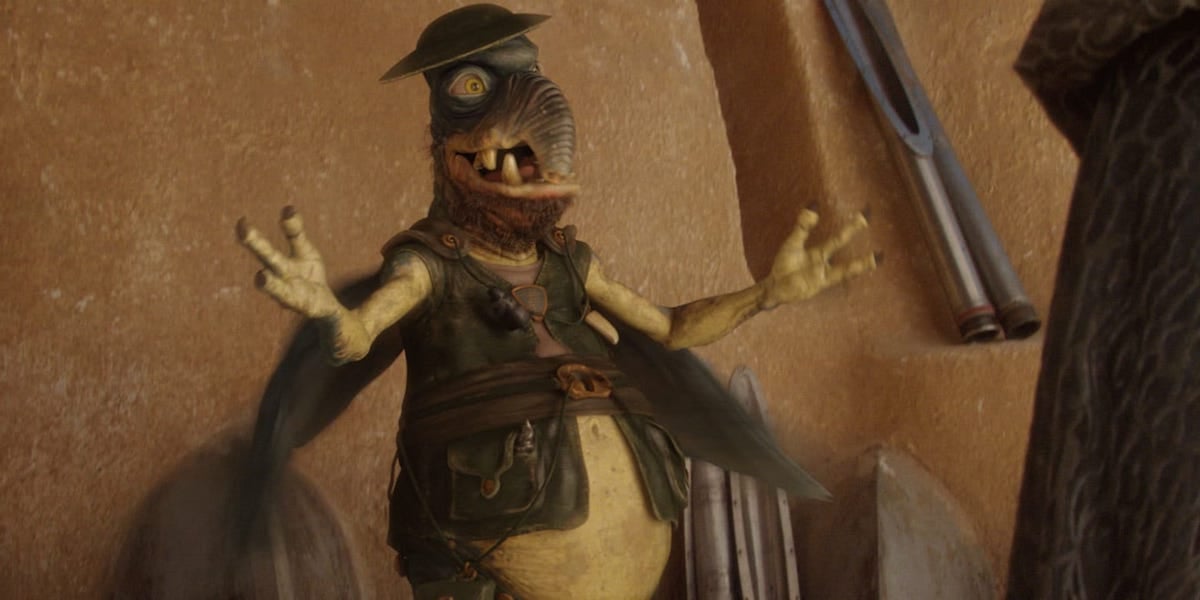 Another CGI Star Wars character who draws the fandom’s ire is Watto the Toydarian (Andy Secombe). Much like Jar Jar Binks, film critics have argued that Watto is an anti-Semitic depiction. J. Hoberman of The Village Voice referred to Watto’s large nose as “the most blatant ethnic stereotype.”

Bruce Gottlieb of Slate added that Watto’s dealings in slavery perpetuate the myth that Jewish people are “behind the slave trade.” Patricia J. Williams of The Nation noted that Watto is also “anti-Arab,” making him “comprehensively anti-Semitic.” Essayist Aaron Freedman did a retrospective on Watto on the twentieth Anniversary of The Phantom Menace.

While Freedman acknowledges the offensive stereotypes Watto perpetuates, he admits that he felt connected to Watto at a young age. Freedman sees Watto as “the only representation we Jews get in the Star Wars franchise.” Freedman even compares Watto to the character of Shylock in Shakespeare’s The Merchant of Venice. 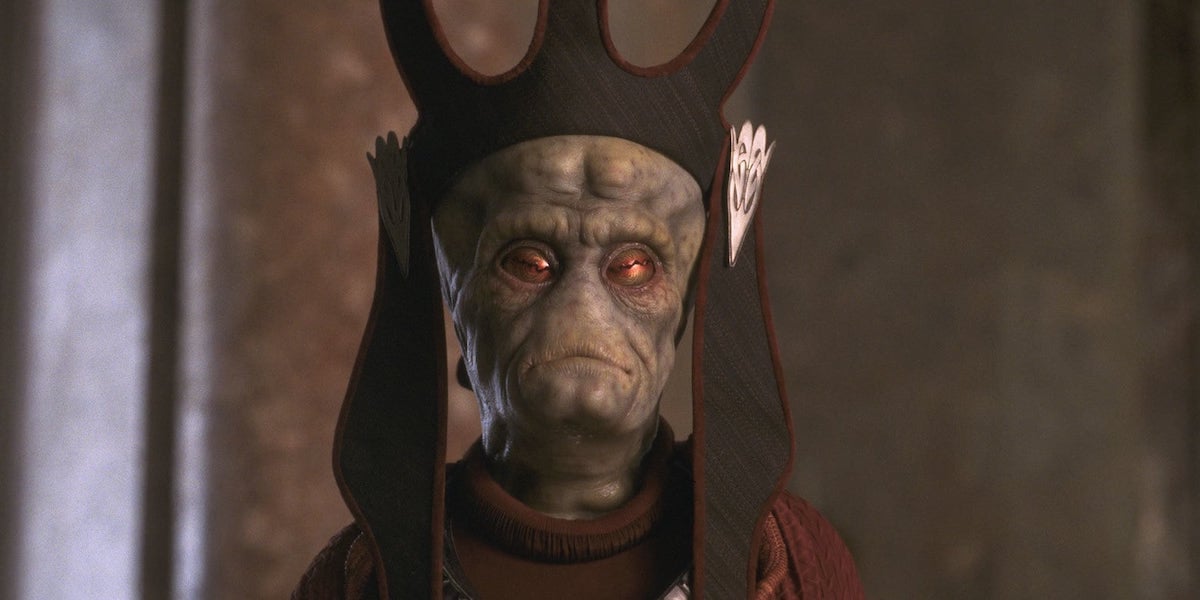 Who can forget Viceroy of the Trade Federation Nute Gunray? He’s the green-skinned & orange-eyed Neimoidian we see at the beginning of The Phantom Menace. Like Jar Jar Binks & Watto, there are those who see Nute Gunray as racially offensive.

According to writer Michael Offut, Gunray sparked controversy due to his thick Asian accent voiced by Silas Carson. Nute Gunray fits into the stereotype of Asians being emasculated due to his long gown. Gunray also perpetuates the stereotype of Japanese businessmen treating trade like warfare.

Hayden Christensen is seen as one of the reasons why the Star Wars prequels bombed. However, Jar Jar Binks, Watto, and Nute Gunray all prove that George Lucas wasn’t concerned with offensive racial stereotypes. Who’s your least favorite Star Wars character? Let us know in the comments!