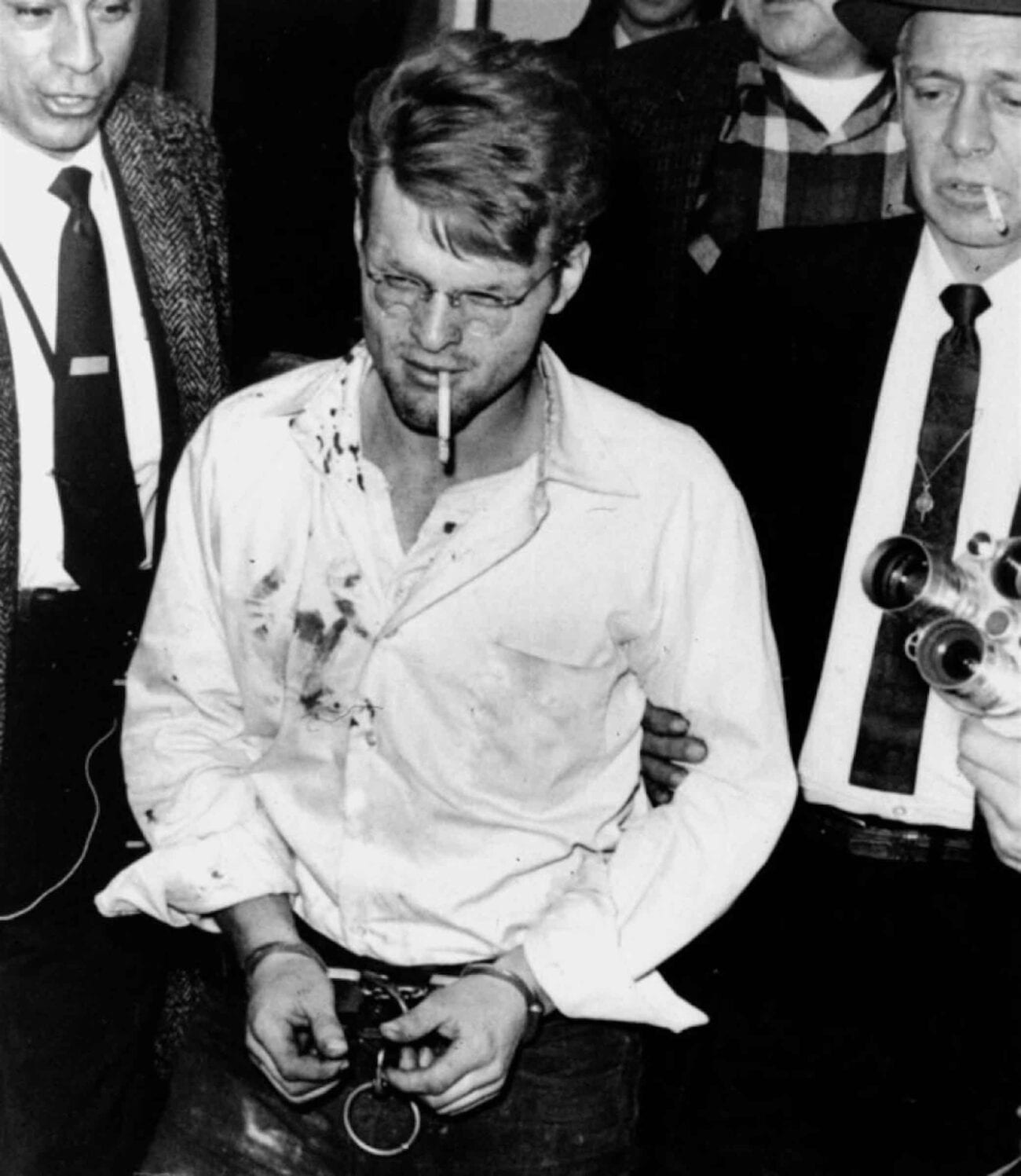 Charles Starkweather was almost an adult when he went on a killing spree at age nineteen. Nevertheless, he and his fourteen-year-old girlfriend Caril Ann Fugate, will always be remembered as two infamous teenage 1950s murderers.

General public opinion is that it’s unfortunate when murderers become well known for their crimes, since this gives them the dignity of being remembered. Regrettably, Starkweather and Fugate would go on to be immortalized in songs and movies, although one of them would grow to shun this notoriety.

“He could be the kindest person you’ve ever seen. He’d do anything for you if he liked you. He was a hell of a lot of fun to be around, too. Everything was just one big joke to him. But he had this other side. He could be mean as hell, cruel. If he saw some poor guy on the street who was bigger than he was, better looking, or better dressed, he’d try to take the poor bastard down to his size.”

It’s a shame this young boy never learned to take control of the deeply entrenched anger in his heart. It might have saved the lives of eleven people. 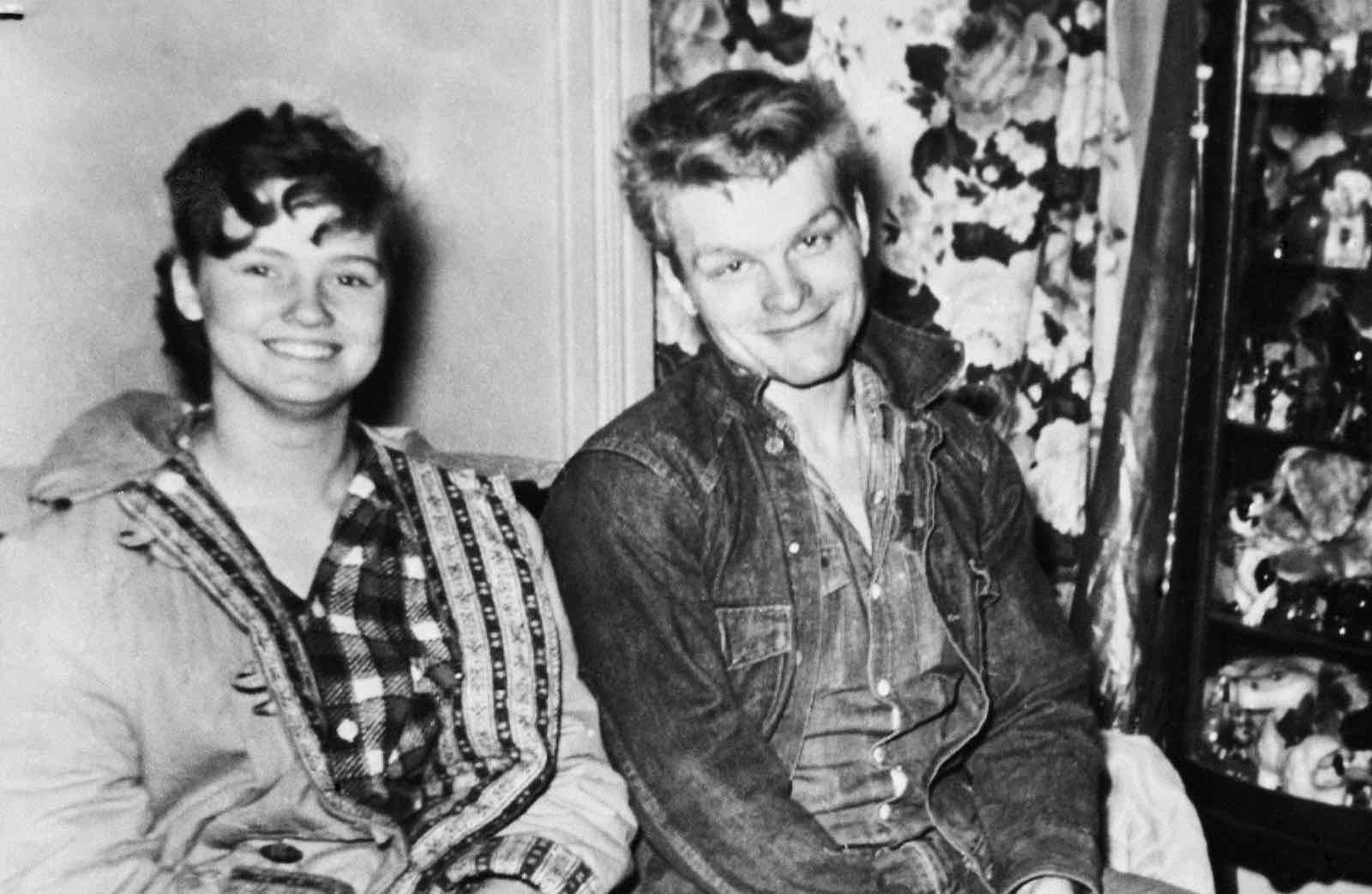 The Background of Charles Starkweather

Starkweather was born into a poor family. He was the third of seven children and was often made fun of in school because of his bow-legged walk and speech impediment. Starkweather decided to drop out of school at the age of sixteen and eventually became romantically involved with a thirteen-year-old girl named Caril Ann Fugate. 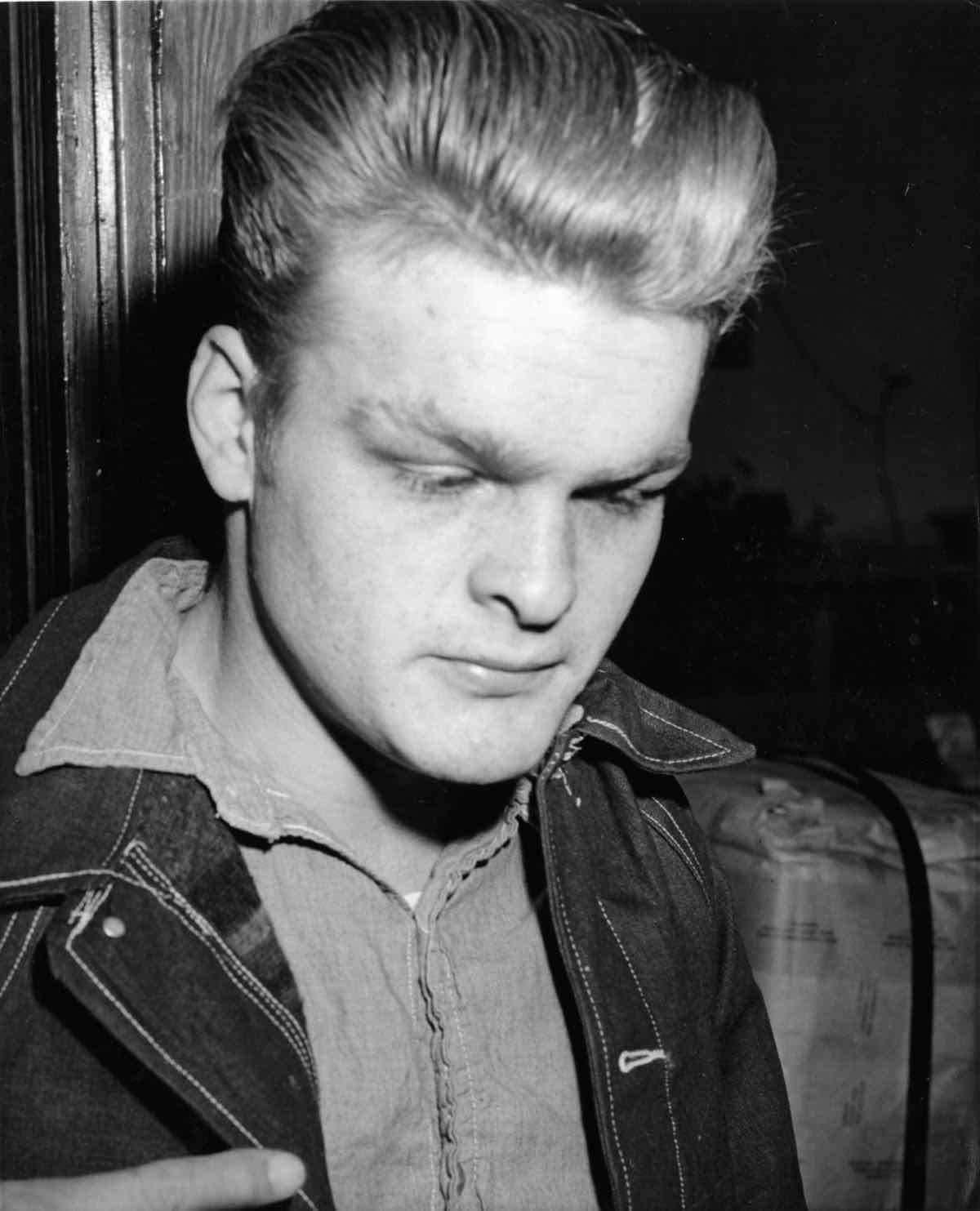 Starkweather’s stylistic icon was James Dean and he boosted his confidence by emulating Dean’s looks. Starkweather began to harbor a belief that it was unjust how impoverished he was. He had worked as a newspaper hauler and then as a refuse collector. One day his inner rage got the best of him and he decided that the only way he would be able to escape poverty would be to turn to a life of crime.

Starkweather’s first crime would be taking the life of a gas station attendant for a measly $100 dollars. Starkweather reported to Fugate the attendant’s death but told her that someone else had killed him. Though Fugate didn’t believe him, she didn’t report anything. 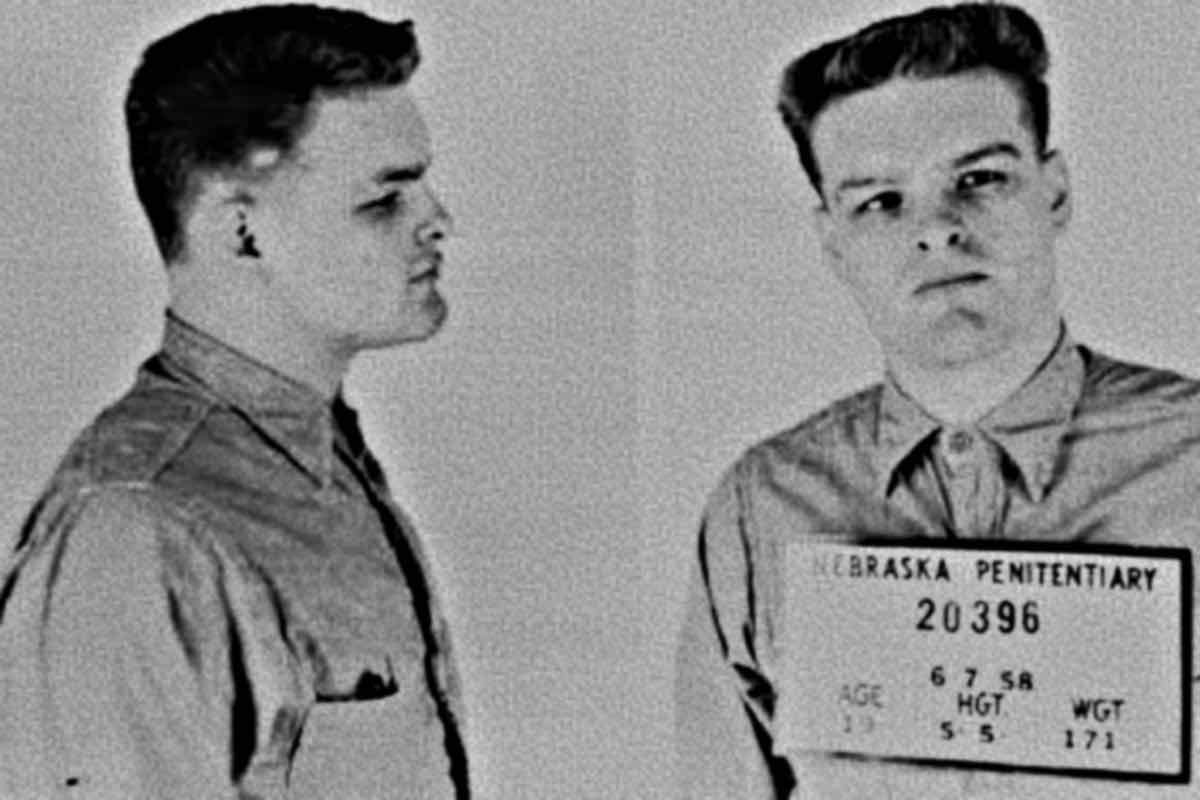 A little over a month and a half after Starkweather murdered the attendant in cold blood, he headed over to Fugate’s house. Fugate’s parents wouldn’t let him in so he got into a fight with them and ended up shooting both of them. Starkweather went on to kill Fugate’s two-year-old half-sister too by strangulation and stabbing. Fugate was away when this happened, but as soon as she got home Starkweather confessed his actions.

Instead of fleeing the house, Fugate helped him hide the bodies and lived in the house with Starkweather for six days. When people knocked on the door they would tell them that the rest of the Fugate family was sick with the flu. When Fugate and Starkweather knew people were starting to get suspicious they fled to the farm of a family friend of Starkweather’s.

There Starkweather killed his 70-year-old acquaintance, August Meyer. Starkweather’s car ended up getting stuck in the mud so he and Fugate asked two of their friends for a ride. Starkweather then forced them to drive to an abandoned storm shelter where he later claimed he shot one and Fugate shot the other. 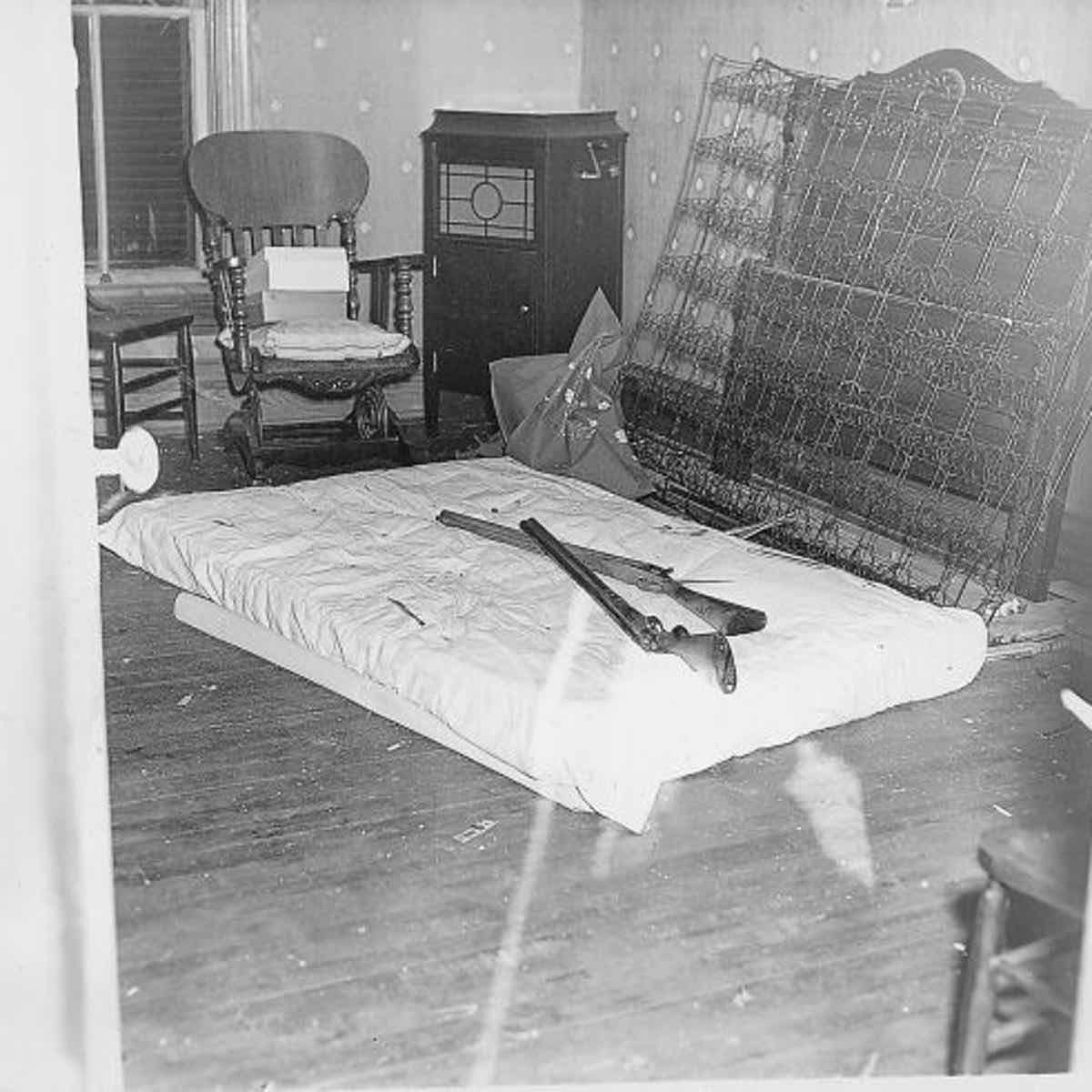 Next, Starkweather and Fugate drove into the wealthier side of Lincoln, Nebraska, and broke into someone’s house. One man and one woman were killed by stabbing. Starkweather later confessed that although he threw a knife at one, Fugate was the one who administered the several stab wounds ending in fatality. When a third person came home, they killed him as well.

By this time, law enforcement, including Nebraska’s National Guard, were conducting block-by-block searches for the killers. Starkweather and Fugate recognized that they needed a lower profile car in order to not get caught, so when they found a traveling salesman sleeping in his car on the side of the highway, they forced him out and killed him.

During testimony, Starkweather said that Fugate was the “most trigger happy person” he had ever met. He said that when his shotgun jammed while trying to shoot the salesman, Fugate stepped in and finished him off. 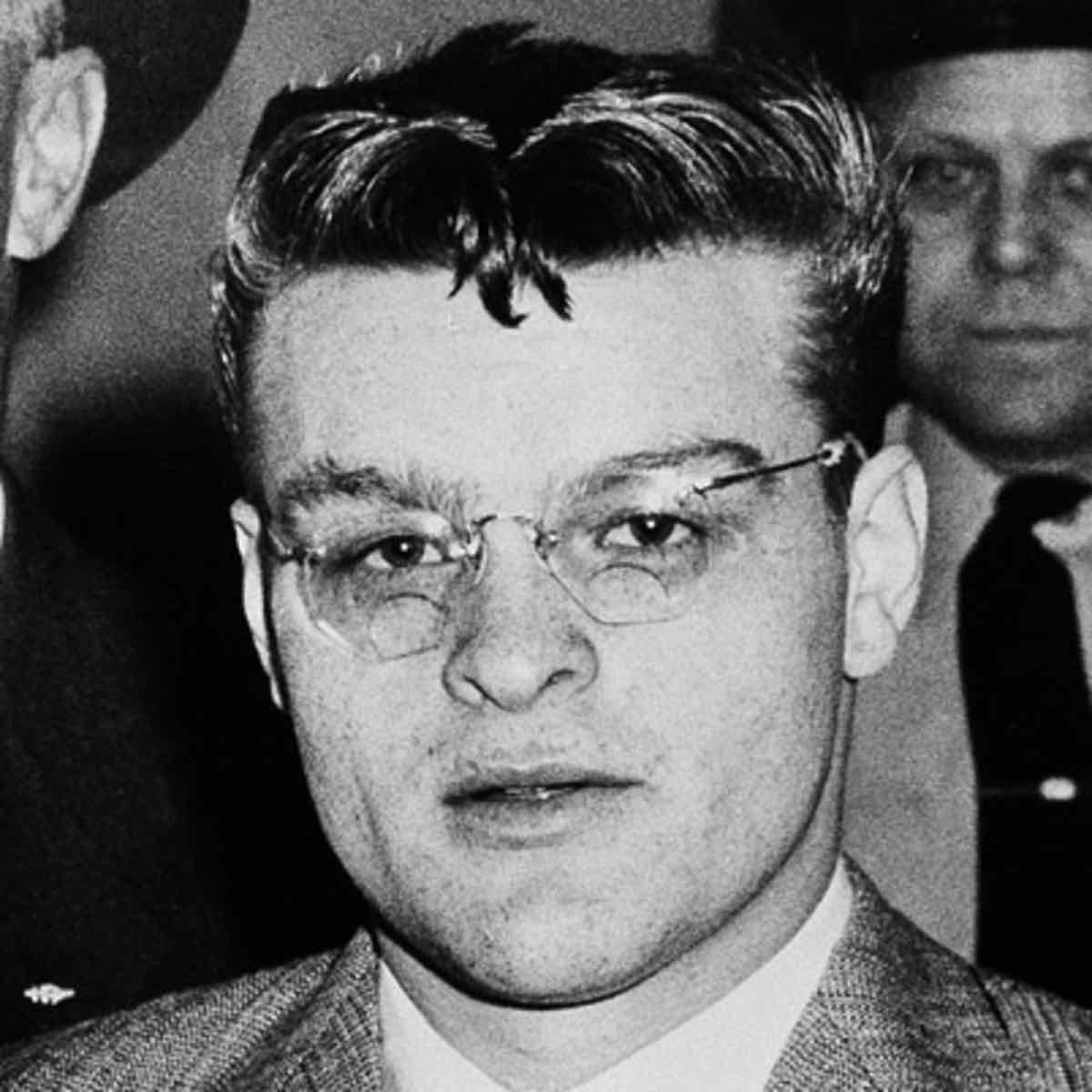 The salesperson’s car had a push-pedal emergency brake, something Starkweather wasn’t familiar with, so when he tried to get the car going it stalled. A passing good Samaritan stopped to help them out and they threatened him. Finally, a deputy sheriff arrived at the scene and Fugate began running toward the policeman yelling that Starkweather was going to kill her.

Starkweather got the car started in a stroke of luck and a high-speed police chase ensued where Starkweather exceeded speeds of 100 miles per hour. Finally, a bullet shattered Starkweather’s windshield and cut him. It was at this time that Starkweather decided to stop and surrender. 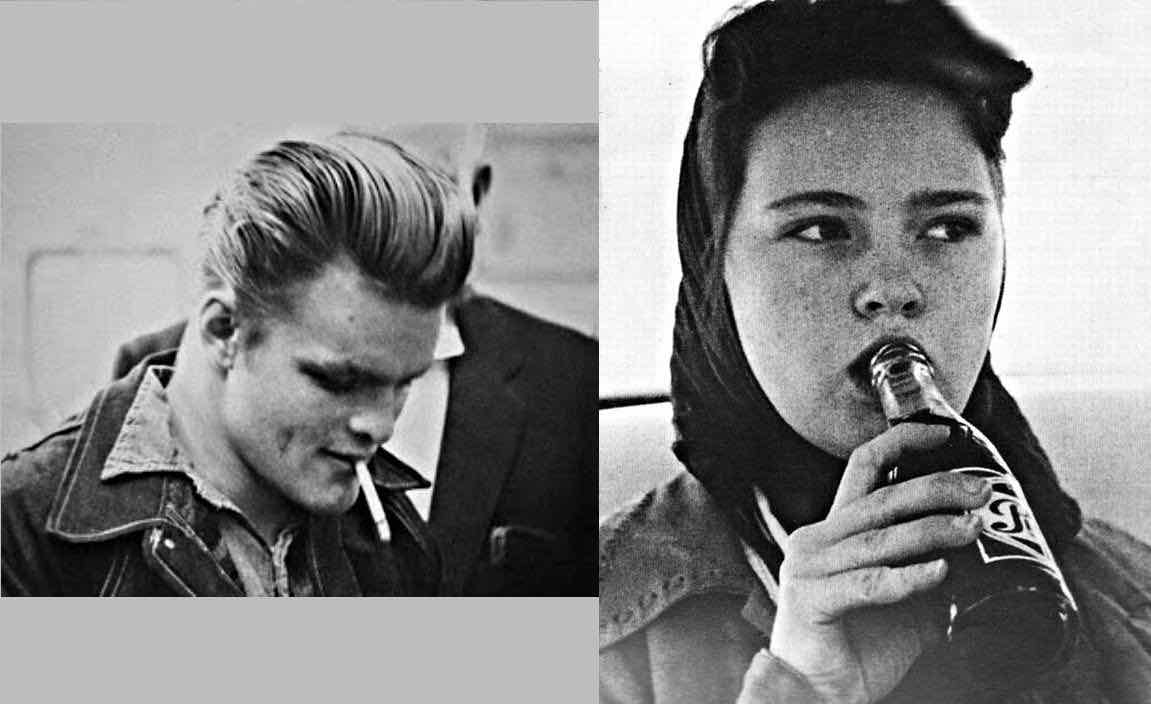 The aftereffects of the killings: Starkweather & Fugate on trial

At first, Starkweather told authorities that Fugate had not been a willing participant, but eventually, he confessed that she had been complicit. Fugate maintained her innocence throughout the trial and claimed that she was being held hostage by Starkweather because she didn’t know he had already killed her family.

Starkweather tried to plead innocent by reason of insanity but was found guilty and executed by electric chair on June 25, 1959, at the age of 20. The jury did not buy Fugate’s claim that she was a hostage and declared her guilty. Because Fugate was only fourteen when she committed the murders though, she was sentenced to life imprisonment instead of the death penalty. 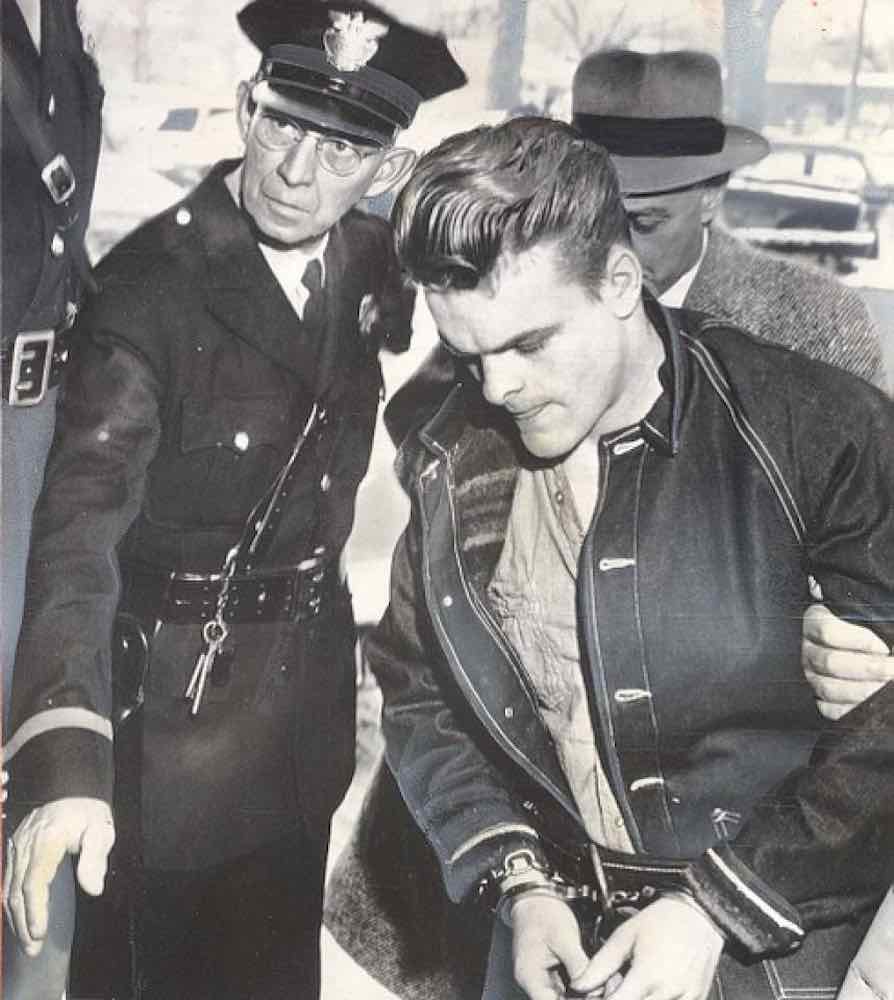 Fugate, now named Clair, spent seventeen years in prison before being released on parole in 1976. She married and is now 76 years old. Fugate still claims that she was a victim of Starkweather and several people, including a granddaughter of one of Starkweather’s victims, believe her. Fugate applied for pardon in both 1996 and 2020, but both were denied.

The last was denied on the basis that the role of the pardons’ board is to restore felon rights, not alleviate emotional “burdens”. 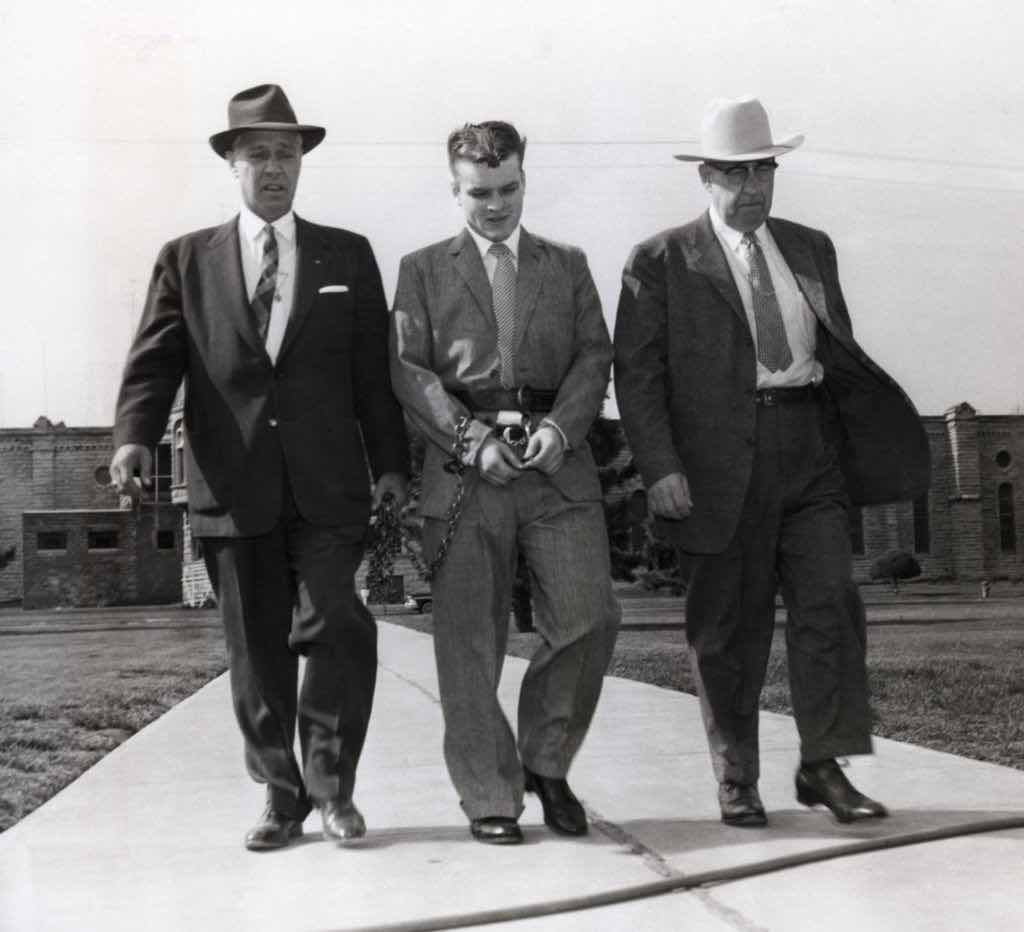 The 1973 movie Badlands was loosely based on their killings. Bruce Springsteen also wrote a hit song about their murders entitled Nebraska. Some people note that the Criminal Minds episode “The Thirteenth Step” portrays a newlywed killing spree very similar to the crimes of Starkweather and Fugate.