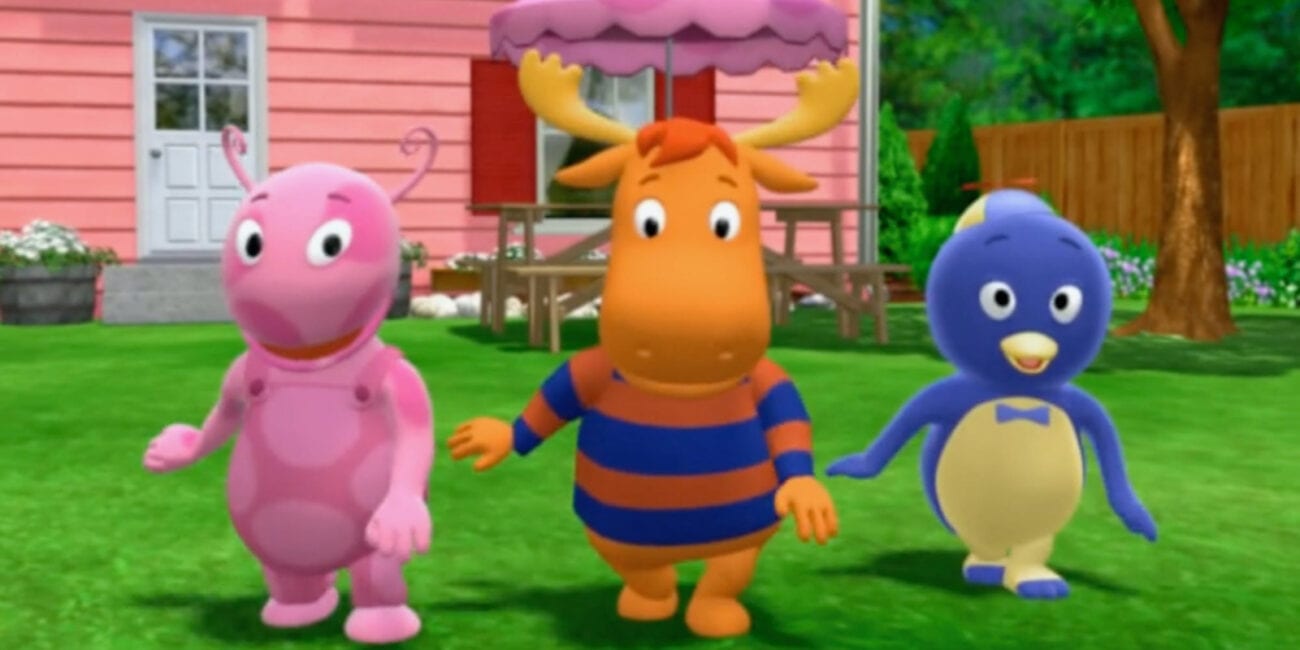 ‘The Backyardigans’: Why are these animated characters trending on TikTok?

We’ve all heard the absolute fire track which is The Backyardigans’ “Castaways.” Undoubtedly, the song has become a Summer 2021 hit. “Castaways” has caused various viral trends on TikTok and even hit #1 on Spotify’s viral charts.

The viral episode of The Backyardigans first aired in 2005 and the kids who sang the hit song and got to know the characters are now all grown up! Keep reading to learn what the actors think about the song going viral and why it started trending in the first place!

The creators of the hit song “Castaways”

Leslie Valdes, the show’s lyricist & writer, knew a Brazilian bossa nova/samba musical theme would be perfect for the “Castaways” episode. Valdes spoke with Buzzfeed about the creation of the viral song. “[It] seemed to fit perfectly. You think of ‘Girl From Ipanema,’ you think of kicking back at the beach, and obviously, bossa nova is a perfect fit for that.”

The show’s composer Doug Wieselman also stated how the musical theme for this episode was perfectly suited for him. “I studied Brazilian samba when I first came to New York, in a basement in the West Village, so I spent some time with those rhythms”, he said. 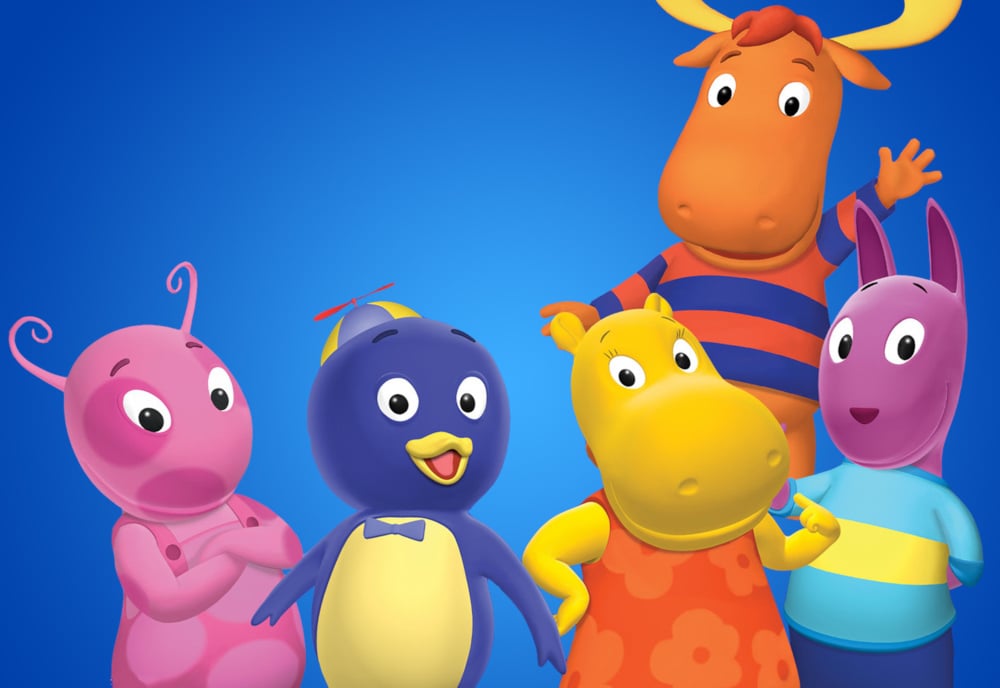 With four songs per episode and over 300 songs total from The Backyardigans, the creators never expected this particular song to make a comeback almost fifteen years later.

The show’s lyricist McPaul Smith stated, “I always thought the quality of the music on this show was a lot higher than in a lot of other kids’ media, and it makes me happy that it’s breaking through.”

“Who knows, maybe this is something that will just last like another ten minutes, but the fact that it makes people aware that there’s some really beautiful work that was done for this show, I think that’s a good thing,” Smith continued. 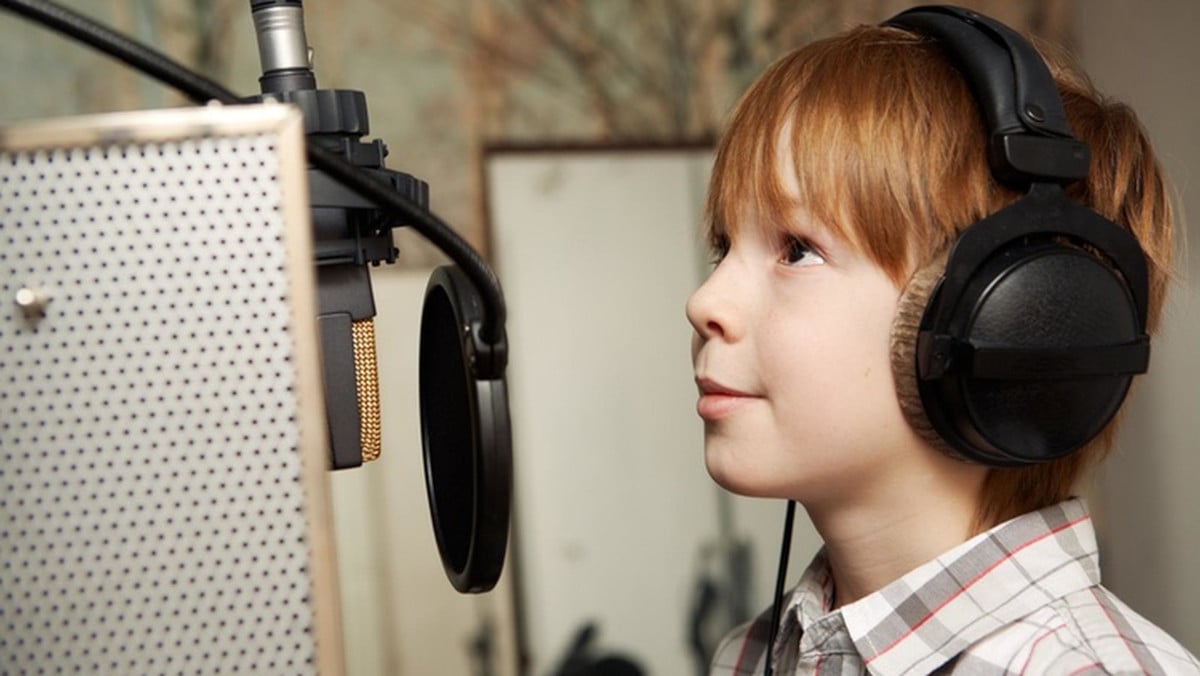 Remember the characters Uniqua, Pablo, and Tyrone? Jamia Simone Nash was only seven years old when she sang as the character Uniqua, the spotted pink creature, for the viral song over a decade ago. Nash says she still remembers being in the studio and uncontrollably dancing to the samba hit!

“I just remember moving so much because I loved it so much,” Nash told BuzzFeed. “[The composer] had to keep telling me to stand in front of the mic because I just wanted to dance — I was doing hula dancing and all that.” Nash is now twenty-four years old and a songwriter. 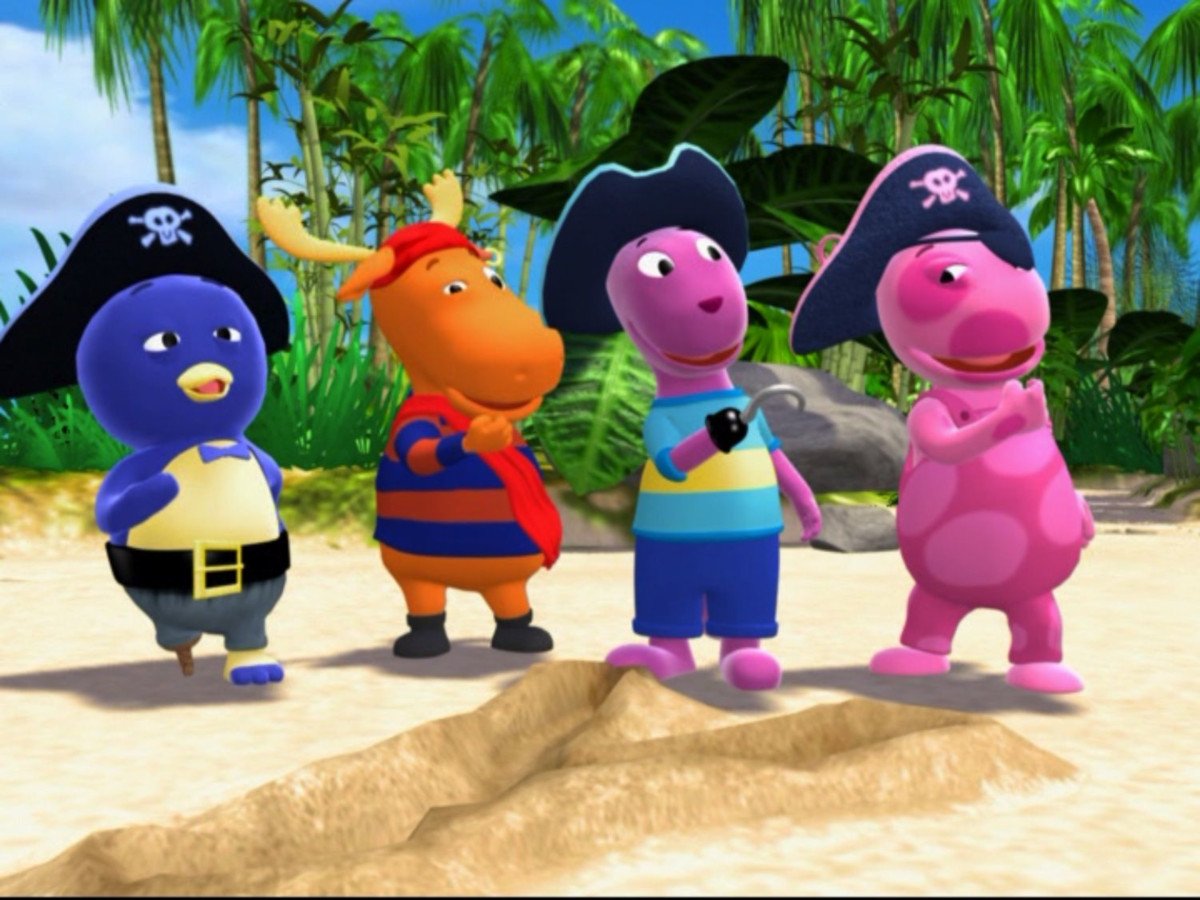 Another one of the characters, Tyrone, is a friendly orange moose voiced by Corwin C. Tuggles. Tuggles recalls that even when recording “Castaway”, everyone felt that the song was going to be special. “The music for each episode was always stacked,” said Tuggles, now a twenty-nine-year-old actor. “But I remember with ‘Castaways,’ the producers [were] saying, ‘This is gonna be a good one, this is gonna be the one.’”

Twenty-five-year-old actor Sean Curley, known for portraying the blue penguin Pablo, is blown away by how viral the song has become. Curley said, “I thought it was going to be a quick trend . . . but this has been taken to a much bigger level. Every day I’m seeing another crazy remix or another take on it. Today I saw people doing ballet to ‘Castaways!’”

Why is everyone falling in love with “Castaways”?

The song is obviously catchy but what has caused such an insane reaction on social media for this 2005 kids’ song? Perhaps a mixture of nostalgia & shock that a children’s show included such diversity & cultural themes?

Despite the characters being animated colorful creatures, it’s clear that the characters’ names and the actors themselves set an image of inclusivity. Even the diverse music of the show ranged from Motown to Brazilian bossa nova. That’s why The Backyardigans has had such an expansive audience who are now all reminiscing on TikTok and other platforms.

The show’s creators evidently didn’t minimize their work simply because it was a children’s show. With nearly 300 songs, the cast & crew created diverse music that would unite its young audience. Now, all grown up, we can’t help but fall into the nostalgic groove which is “Castaways”.

Were you a fan of The Backyardigans back in 2004? Who is your favorite character? Let us know in the comments below!