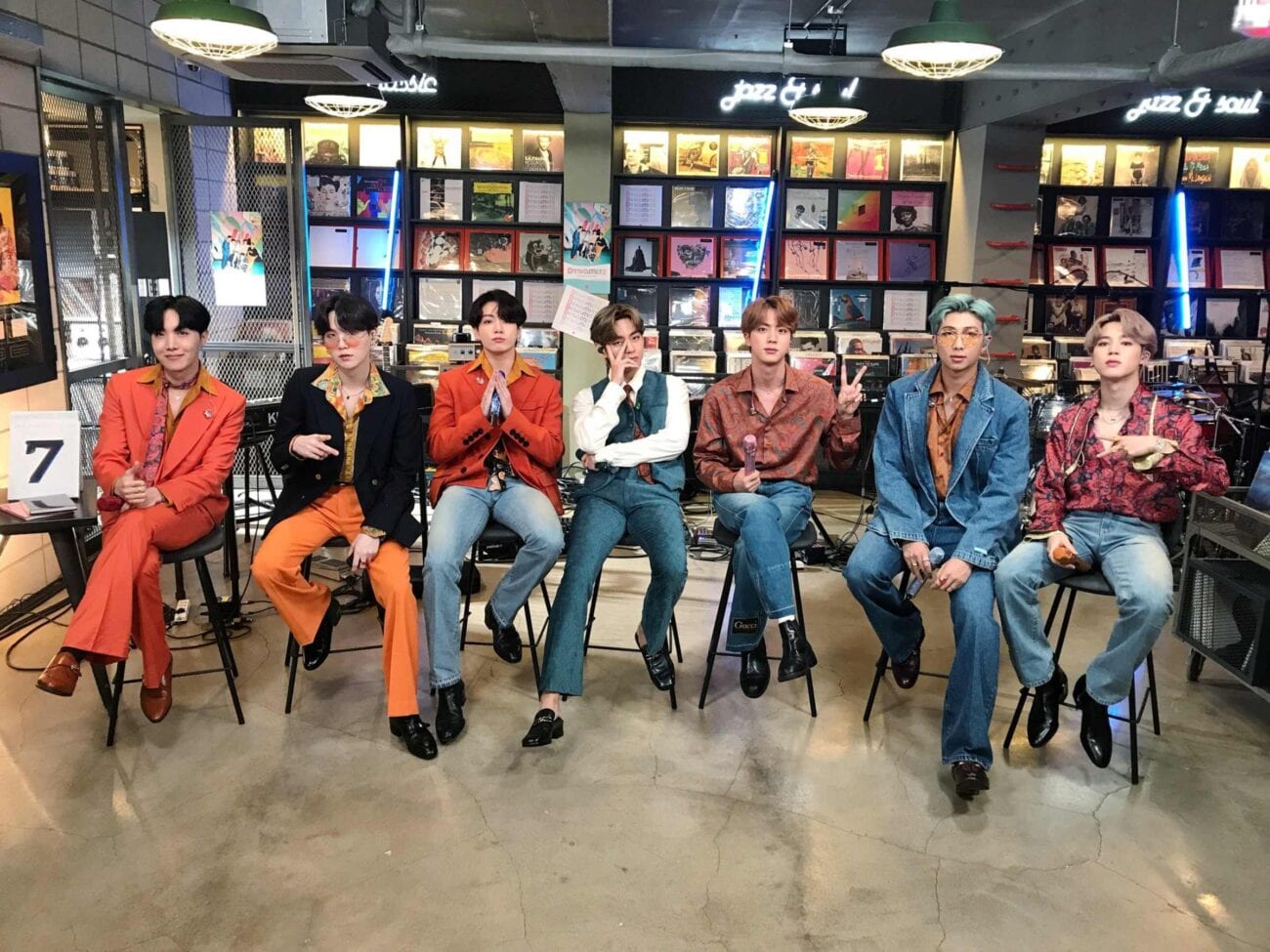 The most iconic moments from BTS’s tiny desk concert

The coronavirus pandemic has made it nearly impossible to enjoy our favorite artists’ performances live – a mega bummer. To work around the social distancing measures still in place, many artists have gone virtual. Although watching a performance through a screen isn’t as magnificent as dancing among strangers, many artists have given us outstanding concerts, including our favorite K-pop group BTS.

In regards to BTS concerts, it’s hard to imagine anything less than perfect, and that’s exactly what they gave fans in their NPR Tiny Desk Concert. NPR Tiny Desk is where artists go to show off their talent in NPR’s offices in Washington, D.C. Due to coronavirus travel restrictions, BTS performed from the record store “Vinyl & Plastic” located in their hometown of Seoul. 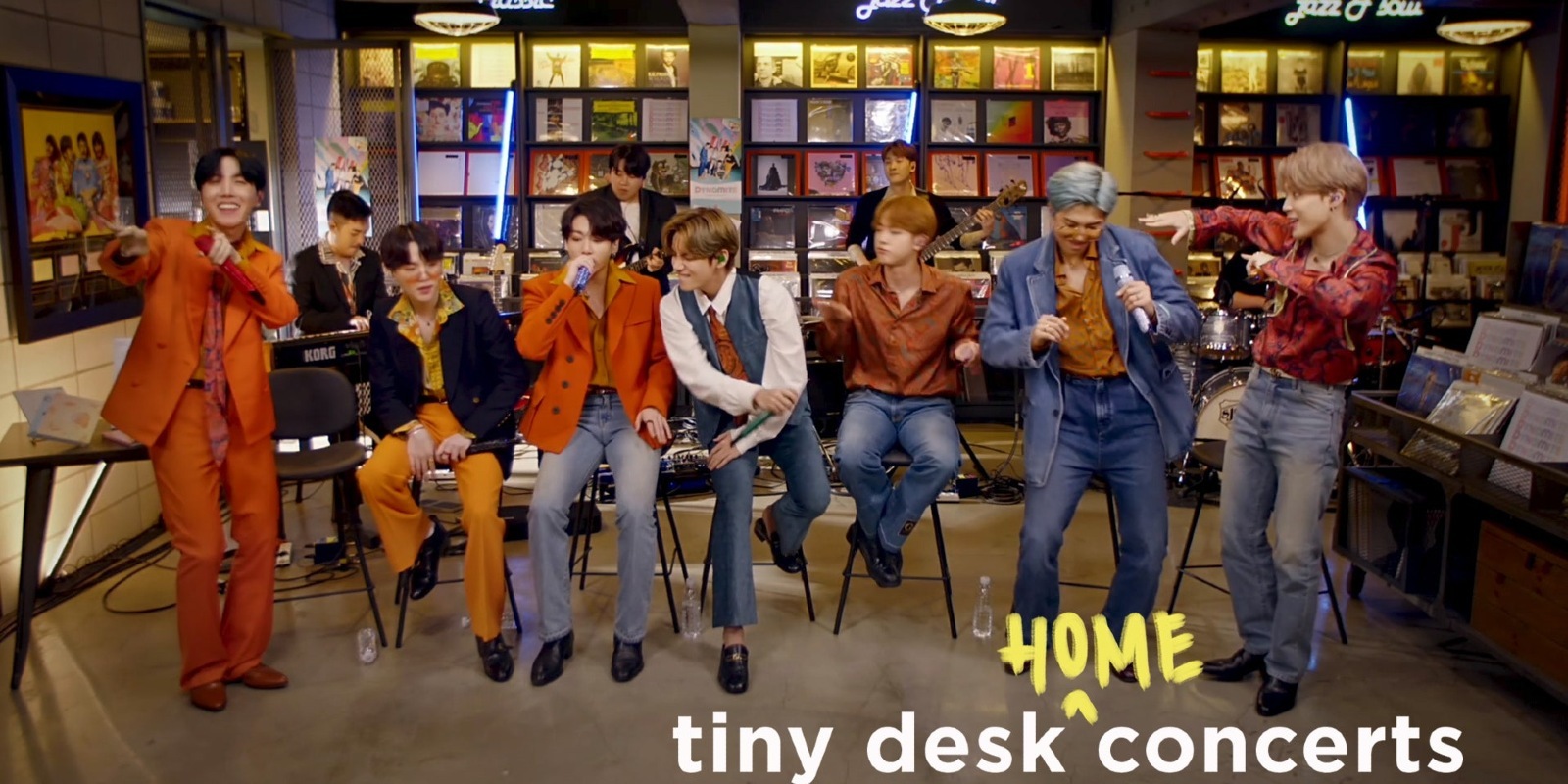 BTS kicked off their first appearance on NPR’s tiny desk concert series just right, leaving a memorable performance. BTS sang three songs accompanied by a live band; the performance was so great we could see BTS was struggling to remain seated while singing.

Naturally, BTS started by singing their number one first all-English hit “Dynamite.” Despite their global stardom, “Dynamite” was BTS’s first major radio hit in the U.S. In fact, the song sparked a 300% increase in the number of people listening to BTS for the first time. 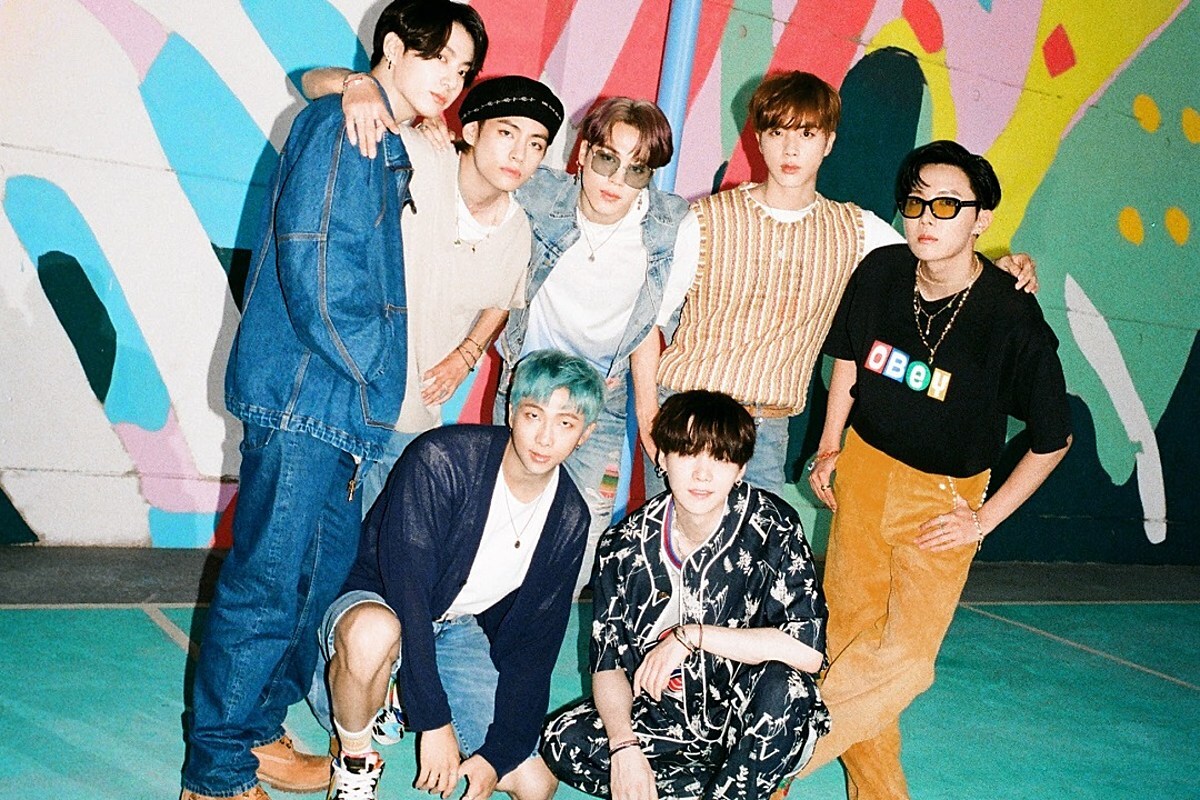 “Dynamite” was followed by a series of older songs, including “Save Me” from their 2016 compilation The Most Beautiful Moment in Life: Young Forever. After singing “Save M,”, group member J-Hope commented, “The live band version feels very different. Very unique. It’s been really long since we played it, and we enjoyed it.”

In hopes of comforting fans during the current pandemic, BTS finished off their performance with “Spring Day.”(Another reason to love them.) During the song’s intro, group member RM said, “It’s been the roughest summer ever but we know that spring will come.” In a brief interview, group member Jimin said the song reminded him of his time on tour with BTS. “Those were some great times,” he noted.

BTS’s Tiny Desk Concert was the first time they performed their songs with a live band, and they didn’t disappoint. The concert drew in half a million viewers for the premiere of the concert.

“In the end, it took a global pandemic — and the launch of tiny desk (home) concerts back in March — to make something happen,” Thompson wrote. “With BTS cooped up in Seoul, the group held true to the series’s spirit by convening a live band for its Tiny Desk debut, and even arranged to perform in a workspace with a music-friendly backdrop: the record store VINYL & PLASTIC by Hyundai Card in BTS’s hometown.”

BTS has once again made the world swoon with their amazing talent featured on NPR’s Tiny Desk Concert. However grim the coronavirus pandemic may be, BTS always manages to make us smile. Stay tuned for BTS’s release of their new album Be on November 20. 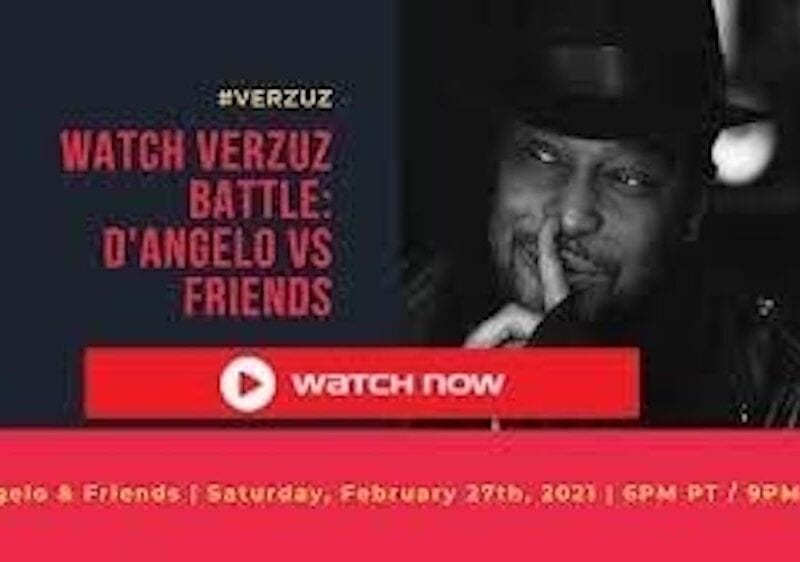 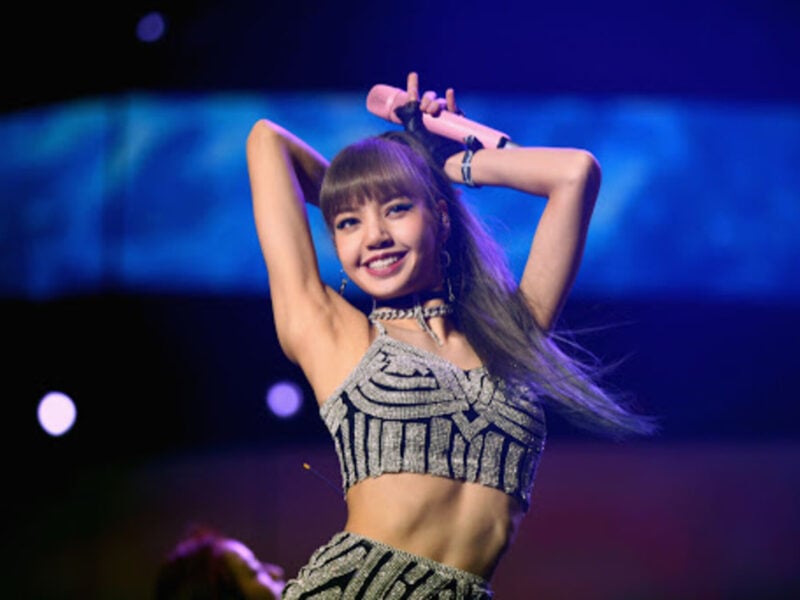 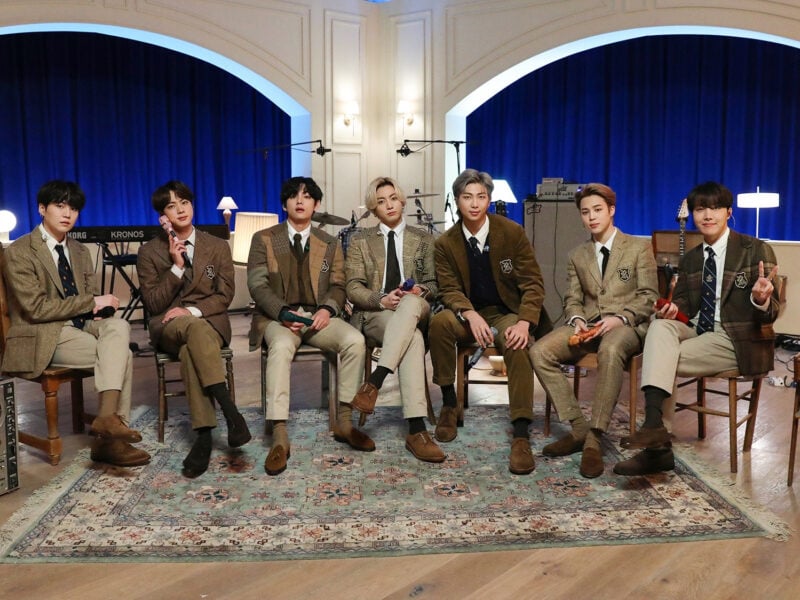