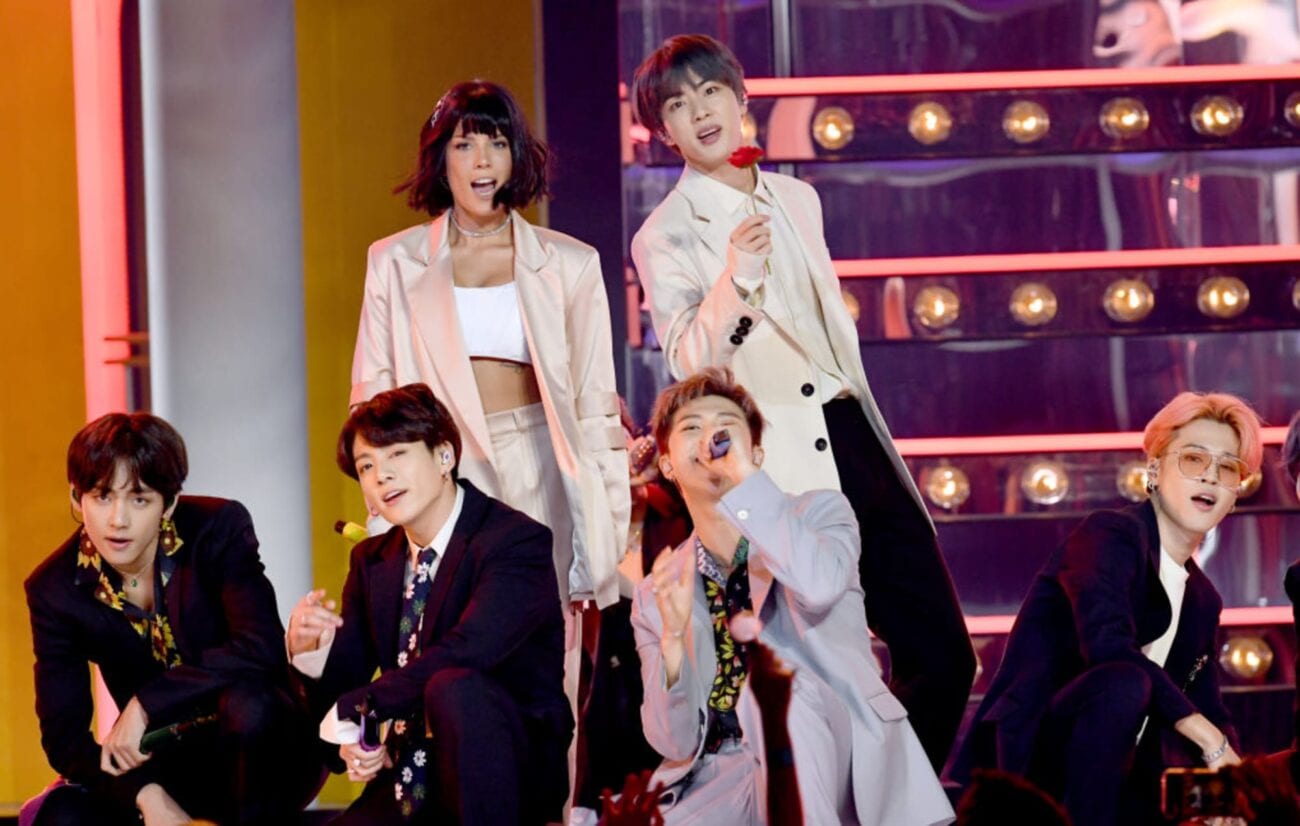 New BTS collabs: Who will the K-pop band work with next year?

Collabs for music videos or songs – much like the thrilling crossover episodes between two television series – are a dream for the fans of both the artists involved. And when you have a fan base as loyal & enthusiastic as the BTS ARMY behind you, the joy of creating music with other artists grows exponentially.

Besides, more often than not, the collaborating artists are fans of each other, too. Whichever way you slice it, collabs in the music industry call for a mini-celebration. In the past, BTS has worked with a plethora of artists and the band members – RM, Jin, Suga, J-Hope, Jimin, V, and Jungkook – keep a wishlist of artists they want to collaborate with.

They worked with The Chainsmokers to bring out a banger of a song called “Love Yourself: Answer”. It’s a great collab seeing how both the artists retain their identity & flavor but simultaneously manage to create a zany, bouncy number. The track is bound to be liked by both the EDM fanatics & the BTS ARMY. 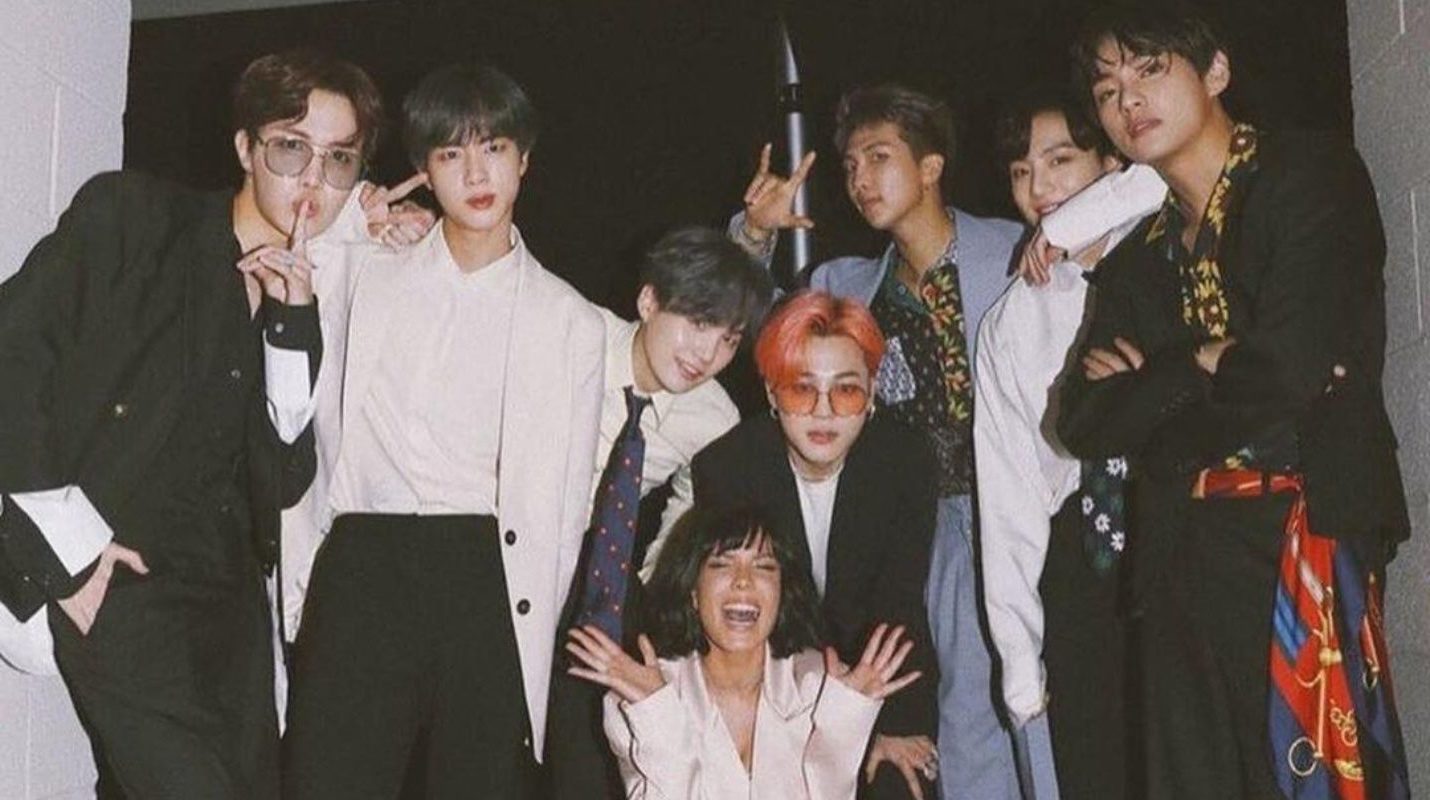 For a track on their previous album Map of the Soul: Persona, BTS also roped in Halsey. Halsey has an unshakeable presence wherever she goes, whichever artist she works with – remember when she spiced up “Closer” with The Chainsmokers? – so it was hardly surprising when she became the first foreign artist that BTS ever collaborated with.

In “Boy with Luv”, the Bangtan Boys bring their Wes-Anderson aesthetic to life & Halsey camouflaged right into their universe. As much as it’s a delight to see the boys dance dressed in varying shades of pink, it’s made even better with Halset’s presence in it. The music video has now crossed one billion views on YouTube.

After releasing their first English-language single “Dynamite” and breaking many records with it, BTS is now gearing up for the release of their upcoming album BE. The ARMY is eagerly waiting for November 20, and for now, they have the concept shots from the album. But we do anticipate that BTS will have more collabs in the future. Here are our guesses. 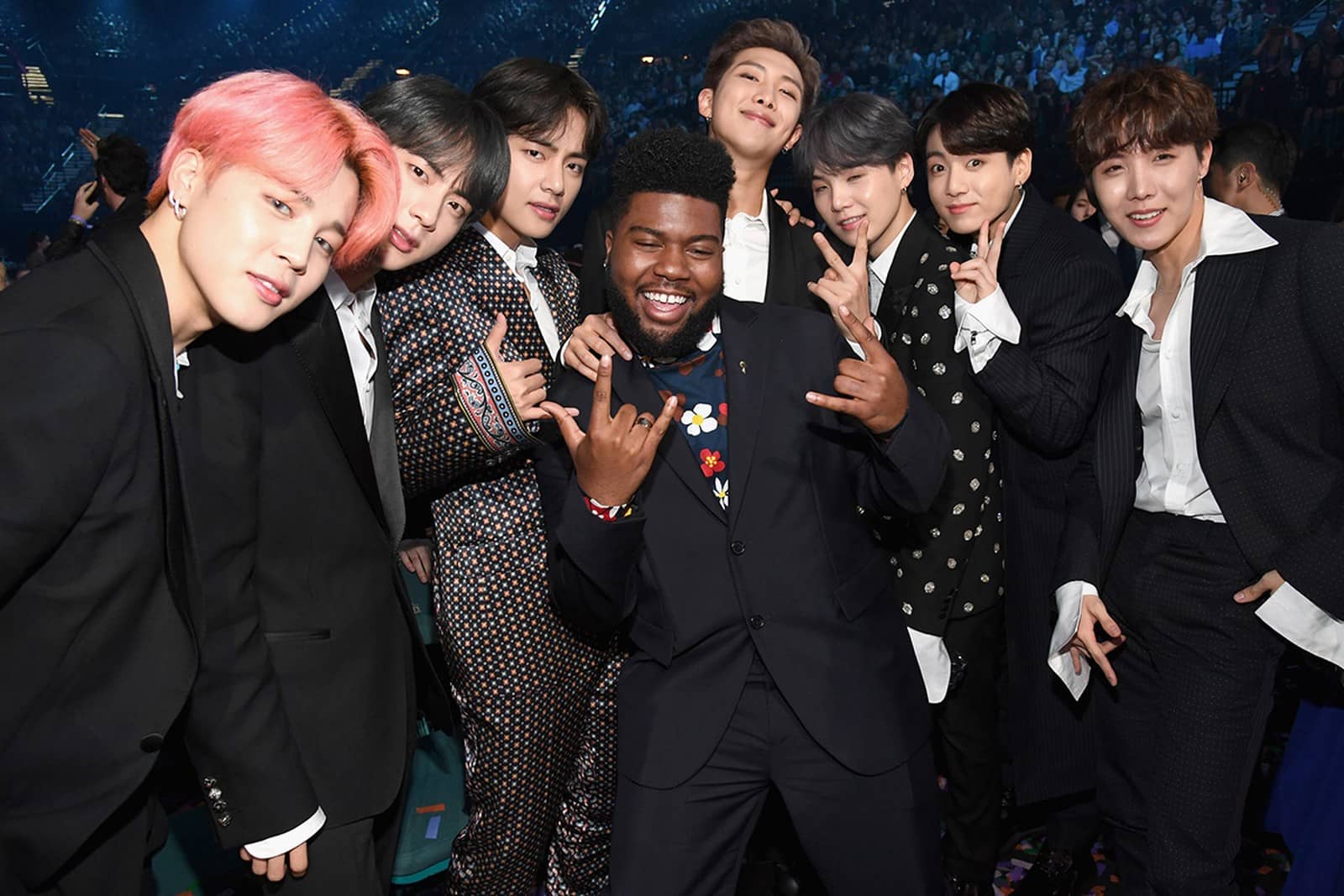 In May 2019, it was reported that BTS had confirmed they were planning something with Khalid. It was RM who was asked about future collabs when he mentioned Khalid’s name, “I have to mention Khalid, our friend, it’s really happening, so please stay tuned for our Khalid collaboration.” Even Khalid has confirmed that “something will arrive” from both the artists, but no specific details were shared.

Whether it was a teaser for something big that hasn’t reached fruition yet, or if the plans for this collab have fallen through the cracks is yet to be confirmed from either side. The BTS ARMY is eagerly waiting for this collab. In fact, the initial guess was that the collab would feature on BTS’ previous album Map of the Soul: 7. When that didn’t happen, fans started speculating it could be on the BE album.

Khalid also hung out with the BTS boys at their concert backstage & was visibly hyped about it. Perhaps there’s something on Khalid’s album? Only time will tell. 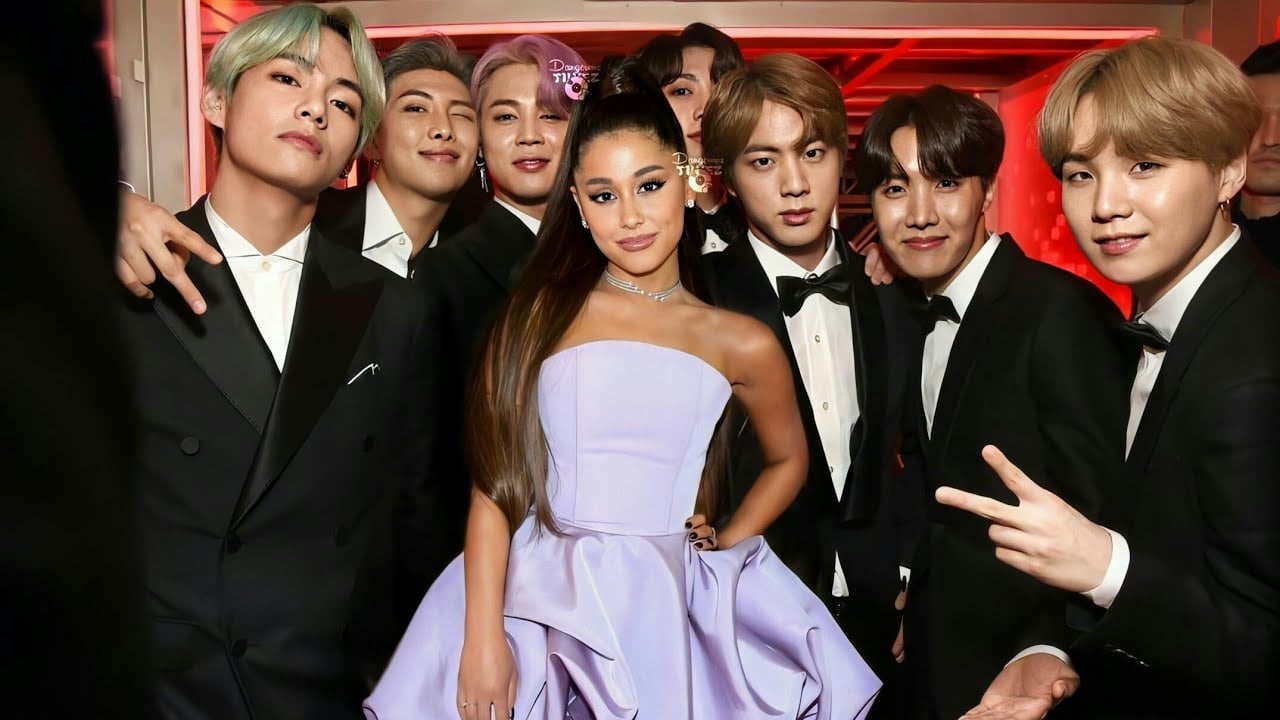 They’ve seen each other rehearse, so they’re familiar with the styles. Looks like we’re just waiting for Ariana to give a nod. 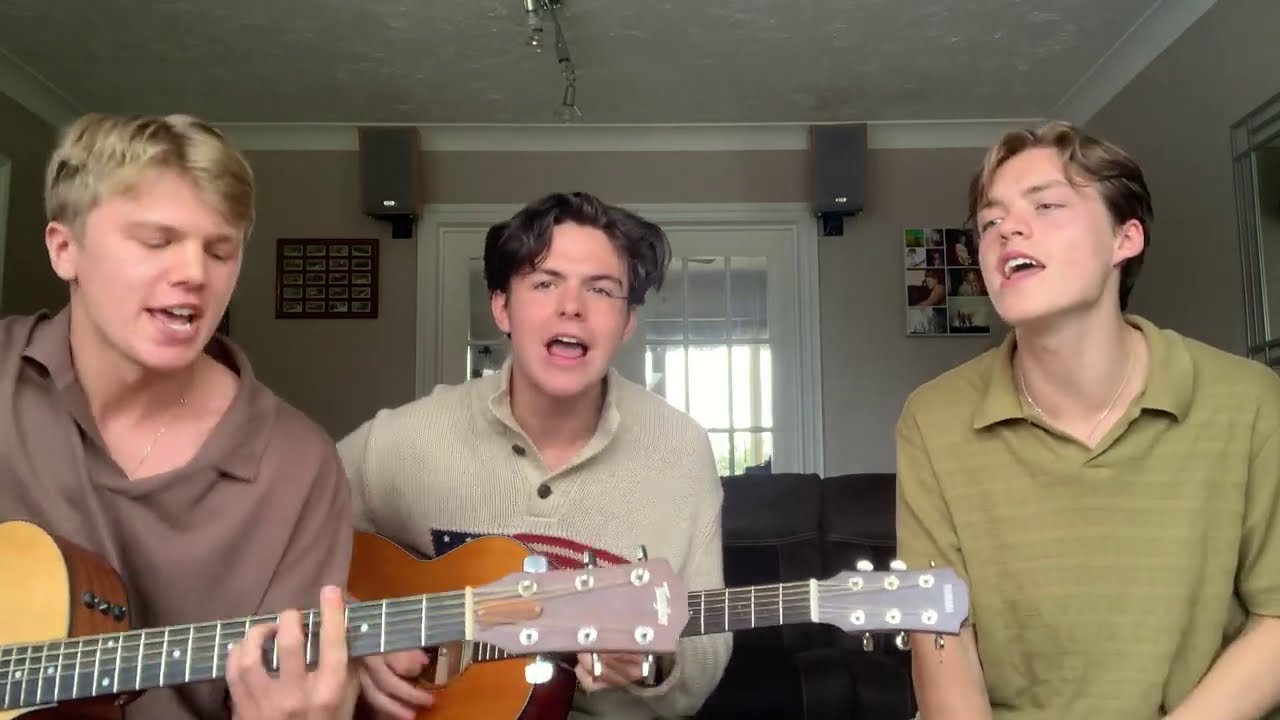 New Hope Club has long been a fan of BTS. It shows in the covers they’ve sung of BTS songs like “Fake Love”, “The Truth Untold”, and “Make It Right.”

Something might materialise in this collab and we say this because we have receipts on social media, when Blake Richardson from New Hope Club tweeted, “V let’s write some songs @BTS_twt” – and the BTS account replied, “All right let me know”. We’re still waiting.