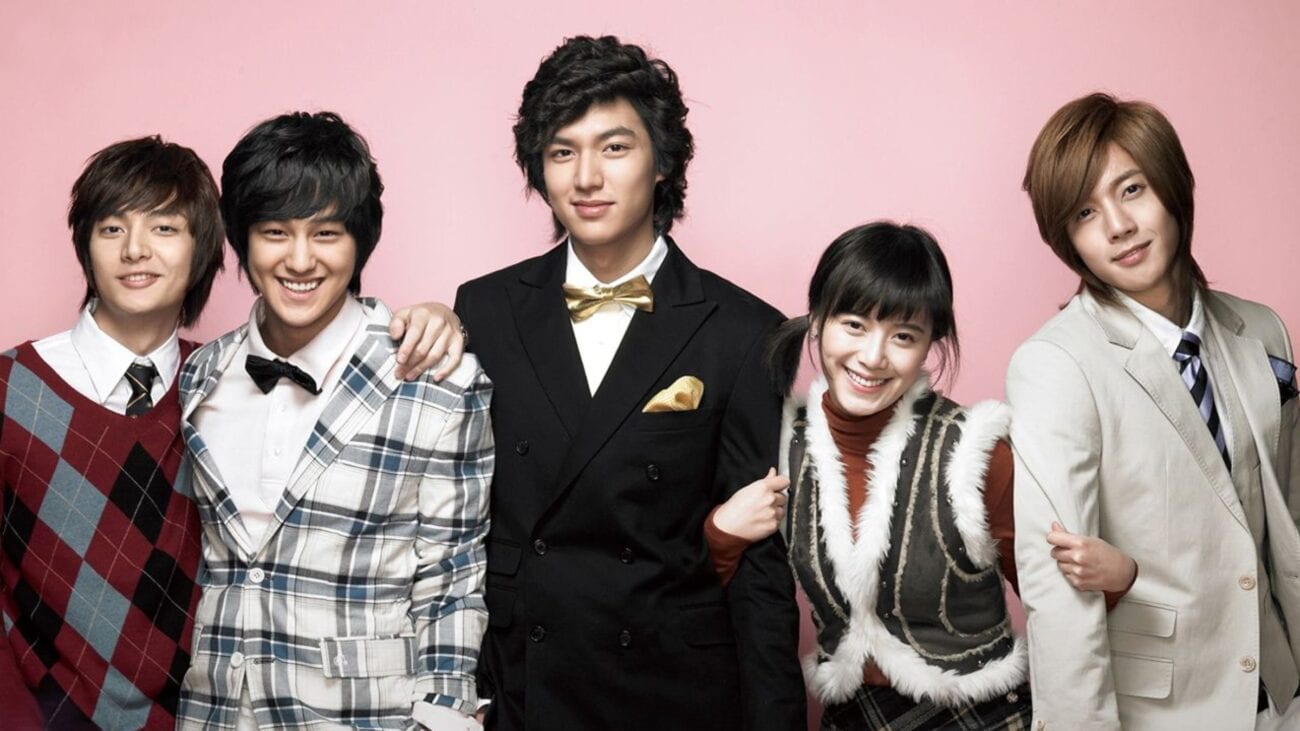 11 years later: Looking back at the K-drama ‘Boys Over Flowers’

As cliche as it is, it’s hard to refuse a rich-guy-falls-for-average-girl storyline. There’s a reason this trope works. The differences between the two archetypes provide ample tension, and in Boys Over Flowers, Goo Jun Pyo does a phenomenal job of getting on the strong-headed Geum Jan Di’s nerves with his arrogance.

Eleven years ago, Boys Over Flowers made many fall in love with the K-Drama genre. Although adapted from the Japanese manga Hana Yori Dango, it still earned its spot as a K-Drama classic – it and Coffee Prince, but that K-Drama masterpiece is a story for another time.

It may be a while since you’ve thought about Boys Over Flowers and the actors & actresses who starred as the beloved characters. Have you ever wondered where they are now and what they’ve been up to? Want to reminisce on the show by looking back on its best moments? This article is just for you. 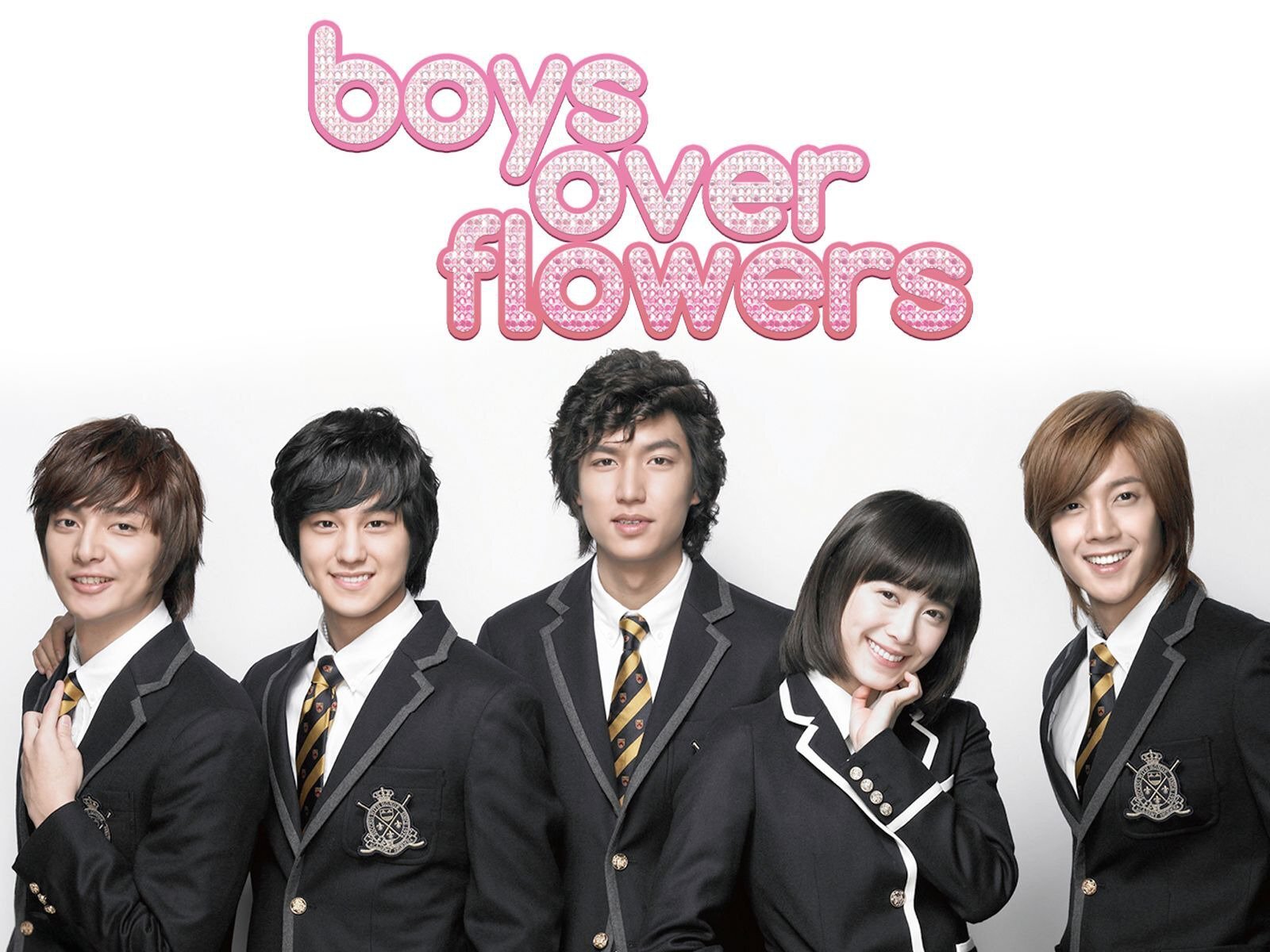 A refresher on Boys Over Flowers

In the show Boys Over Flowers, Geum Jan Di saves a boy who’s been so severely bullied by the cool kid crowd of Shinhwa High School that he’s about to commit suicide. Geum Jan Di, a girl with no significant socioeconomic status, actually ends up getting a swimming scholarship at the same school.

The cool kid crowd in question actually has four main members and they strut around the school being called F4. Some members are worse than others, but the school basically bows at F4’s feet. Geum Jan Di, having saved a boy who suffered because of them, finds F4 to be a stupid social structure. Of course, that doesn’t prevent her from falling for one of them.

Actually Geum Jan Di technically falls for two of them. She reluctantly becomes the girlfriend of one while she ends up crushing on another. What can we say? The heart wants what it wants. 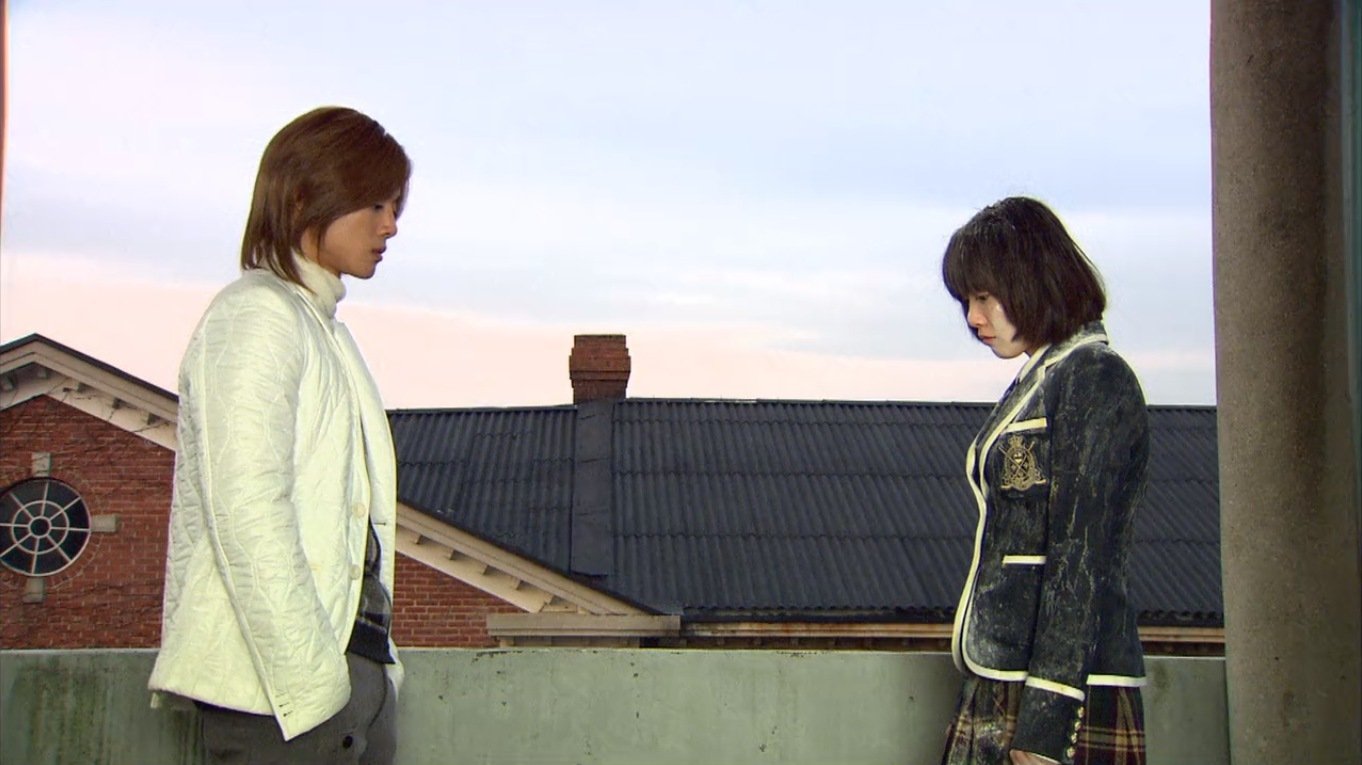 The best moments in Boys Over Flowers

Lies, friend betrayals, car accidents, memory loss, and plastic surgery! There is plenty of scandal that goes on in this K-Drama. Boys Over Flowers does not disappoint with the amount of drama infused into its twenty five episodes.

This section’s perfect for those who want to take a trip down memory lane. If you’re really intrigued and have never watched the K-Drama Boys Over Flowers though, you should definitely not read what’s up next. SPOILER ALERT: there are many coming up ahead, so if that’s the case you should just witness the drama for yourself instead. Viki’s a great place to stream it.

One of the most iconic Boys Over Flowers scenes is the Geum Jan Di kick. Jan Di has proven to be quite the strong protagonist. She’s no damsel in distress. When Goo Jun Pyo takes his teasing too far she decides she’s had enough. Goo Jun Pyo never would have guessed she’d bust out a martial arts kick to shut his mouth. Like a grade schooler on a playground, Goo Jun Pyo ends up falling for the girl who fights back. 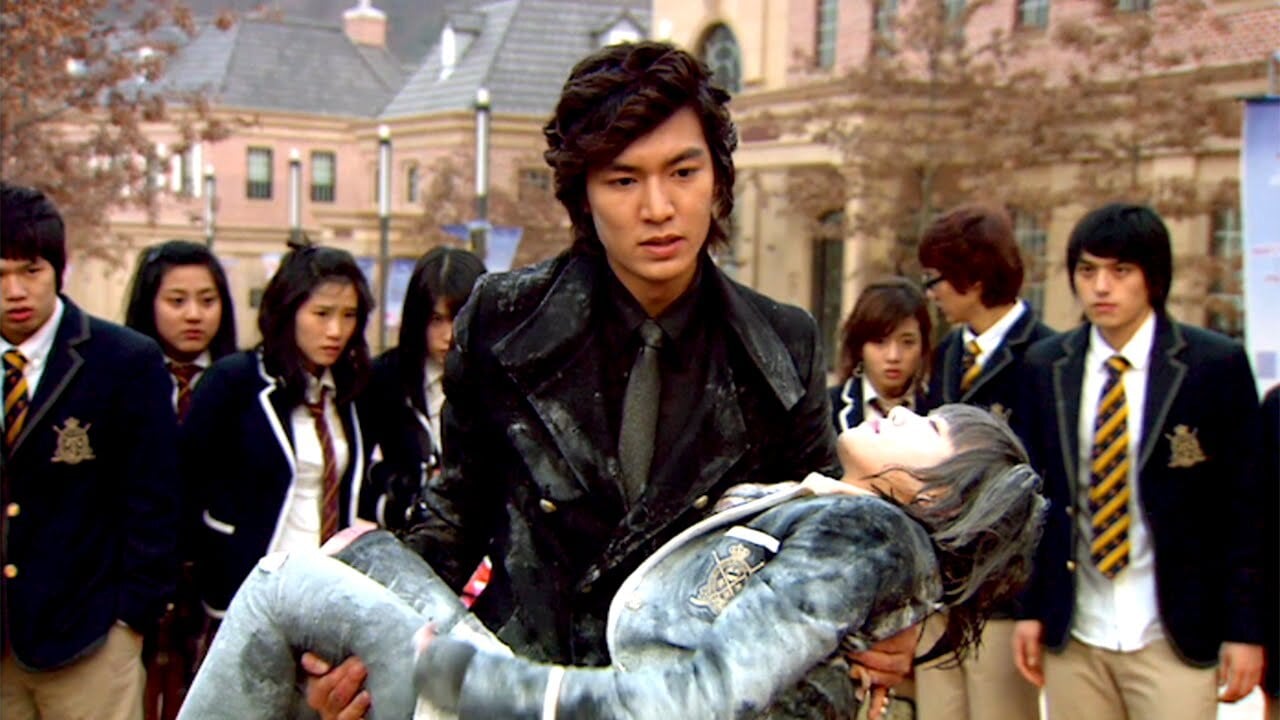 Remember when Goo Jun Pyo almost drowned and Geum Jan Di swoops in with her swimming prowess to save him? Funnily enough, one of the most arrogant people in the school has such a mundane weakness as not being able to swim. Geum Jan Di is panicked when Goo Jun Pyo doesn’t seem to be breathing even after he’s been fished out of the water.

After all the trouble she goes through to save his life, Geum Jan Di finds that Goo Jun Pyo is only faking unconsciousness in order to steal a kiss via CPR. Jan Di soon wipes the grin off his face when she doesn’t take this lightly.

Now, we can’t pretend Goo Jun Pyo’s all bad. He does have his heroic moments where he sweeps Geum Jan Di off her feet – quite literally in the scene where he saves her from egg-throwing bullies. The scene where Jun Pyo straightens his hair because he thinks Jan Di will find him more attractive this way especially shows off his sweet side. 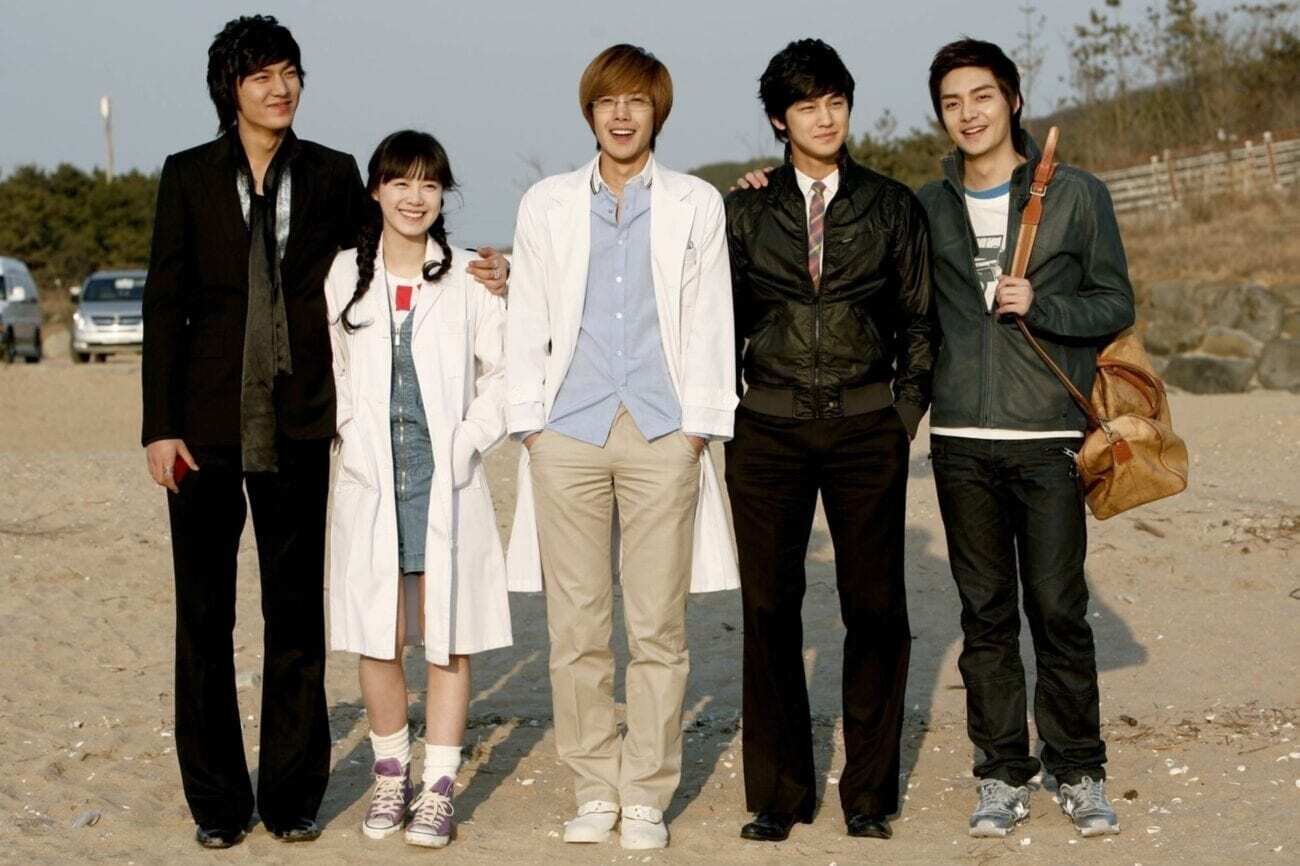 What have the Boys Over Flowers cast members been up to?

You may be wondering what the great actors behind the show’s characters have been up to. Lee Min Ho, the guy who plays Goo Jun Pyo, has been in multiple K-Dramas since. This includes City Hunter, Heirs, and Legend of the Blue Sea. He took a short hiatus to serve his mandatory military service but is back in the entertainment industry, his most recent show being The King: Eternal Monarch.

Kim Hyun Joong plays Geum Jan Di’s crush, Yoon Ji Hoo. He was actually a member of the K-pop boy band SS501. SS501 ended in 2010 and Kim Hyun Joong released an EP called “Break Down” in 2011. Other than that, Kim Hyun Joong has starred in some other K-Dramas, the most well-known being Playful Kiss and When Time Stopped.

Ku Hye Sun, known as Geum Jan Di in Boys Over Flowers, has also been pretty active. She has starred in Angel Eyes and Blood, and even directed a few films. She’s quite a jack of all trades as she’s written a best-selling book called Tears Are Shaped Like Hearts and has art hanging in an art exhibit. Ku Hye Sun was recently involved in a scandal regarding her divorce so she has stepped back from the spotlight to return to higher education.