Meat is murder: All the best cannibal cinema to haunt you

The relationship of cannibalism in film is . . . interesting to say the least. Honestly, when cannibalism appears in film it’s usually under three contexts: a) based on a true story, b) horror film, and c) in a weirdly comedic context. Whatever way you look at it, there’s definitely something about cannibals either in history or pop culture that repulse or fascinate modern audiences.

There is a vast array of film out there with cannibals for whatever your people eating need. In this list of five cannibal films, you’ll find a cannibal movie for the musical lover, for the most hardcore horror fan, and more. 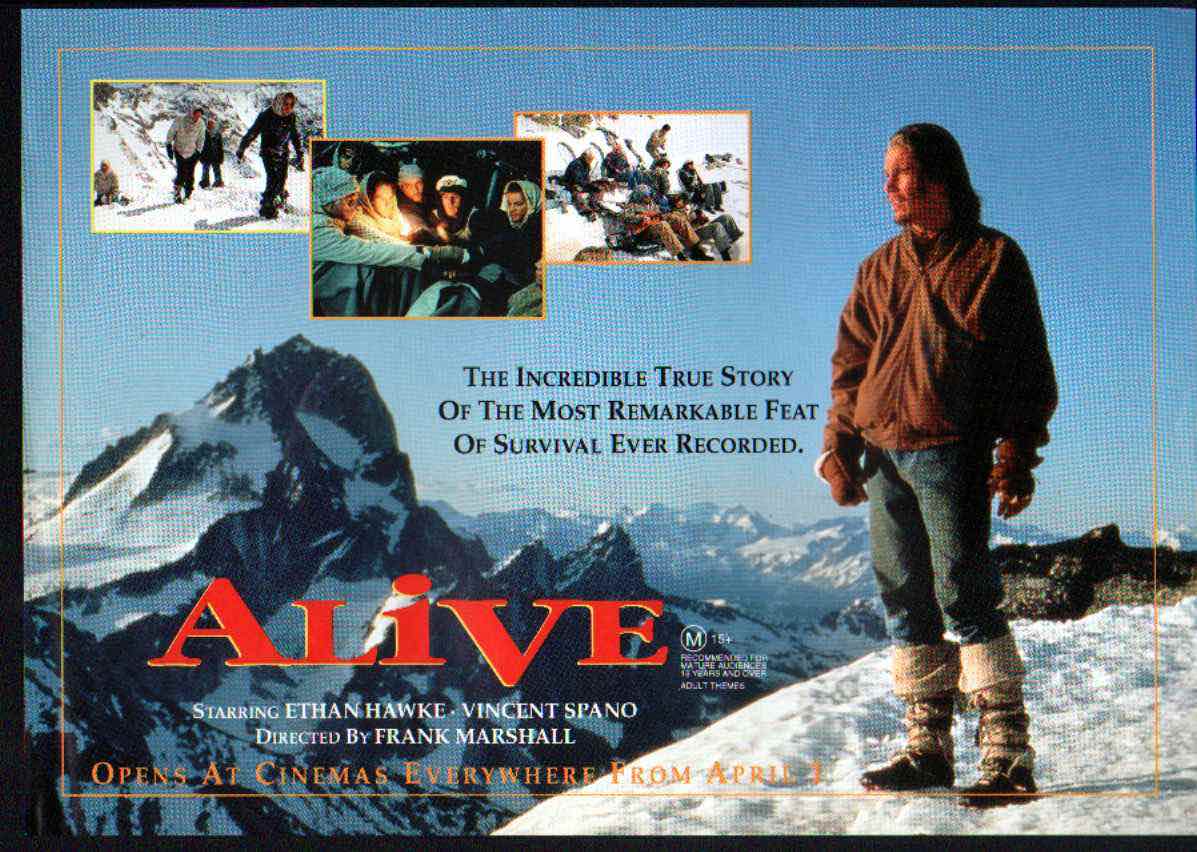 There is a type of cannibalism that is kind of acceptable. Maybe that’s not the right word, but it’s the only word we have here. Basically, if you’re in a survival situation and need to eat a corpse, then that’s considered okay. It was a more common practice when ships were the only way to transport. In fact, the ship that Moby Dick was based on ended in cannibalism after it sank.

This brings us to Alive. Back in the 70s, Uruguayan Air Force Flight 571 crashed into the Andes mountains. It was carrying the Stella Maris College’s Old Christians Rugby Team along with a few of their friends and families to a match in Chile. The search for the plane was called off after nine days. 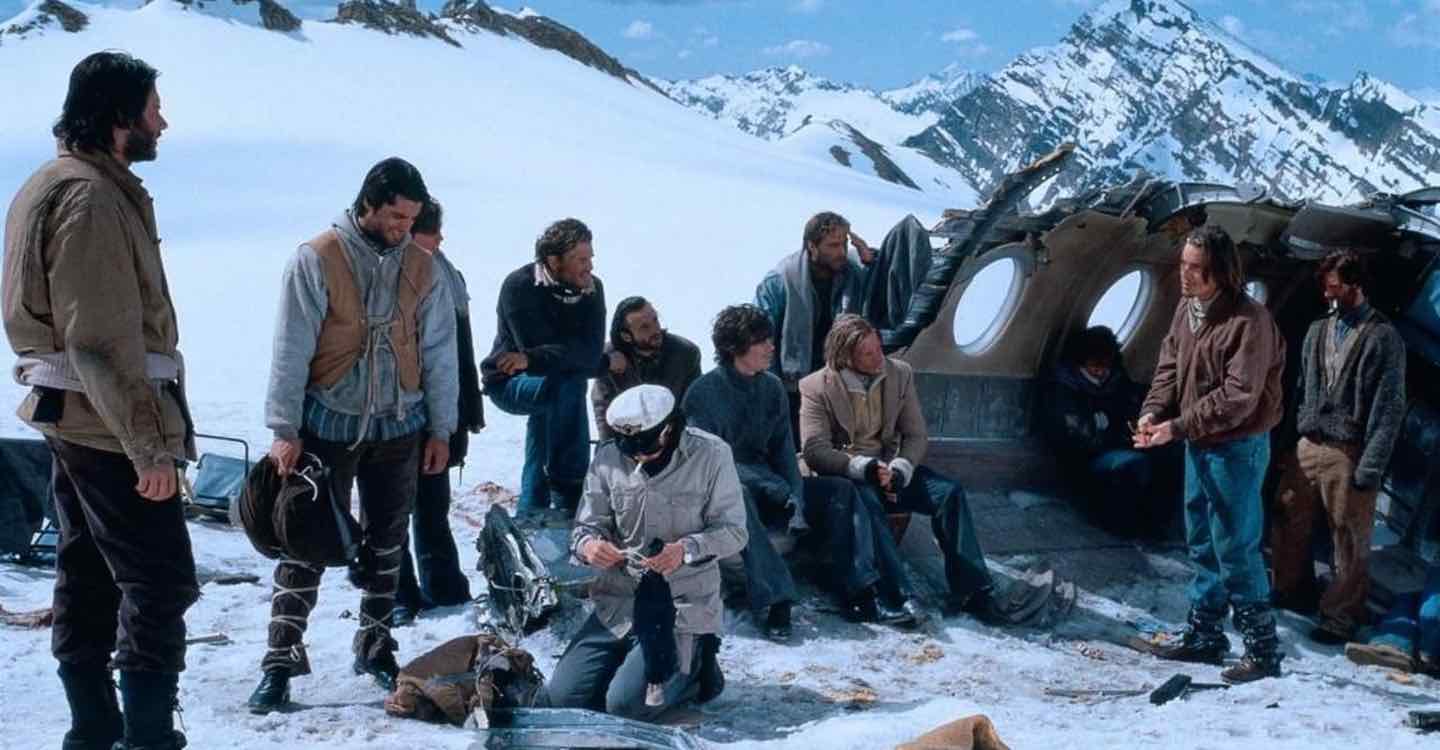 The decision was made for the survivors to eat the flesh of their deceased loved ones in order to get off the mountain to get help for those who stayed behind. It’s a brutal yet fascinating tale of modern day survival cannibalism. Most of the identities of those who died in the disaster were changed for the film, but the events themselves hold true.

There are a bunch of documentaries and other films based on the crash, such as Survive!, Stranded, Alive: 20 Years Later. 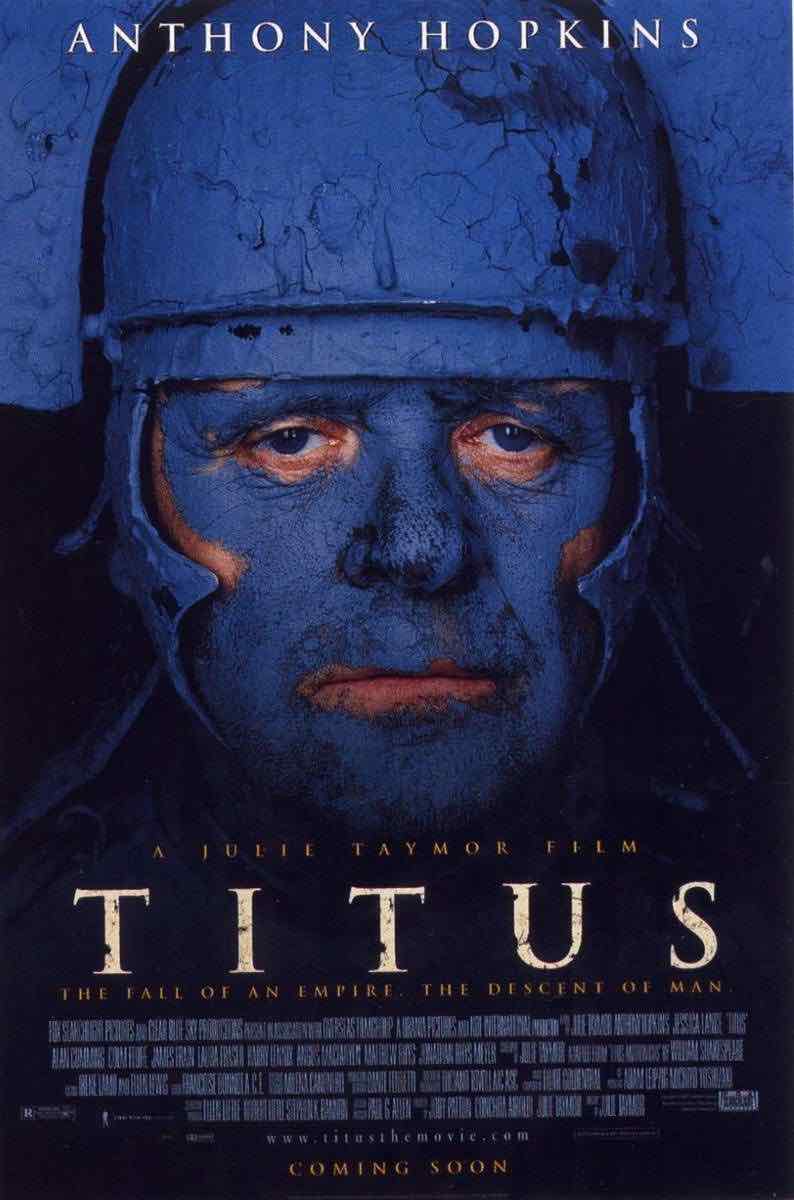 What is it with Sir Anthony Hopkins and roles about cannibals? Titus, the feature film debut of Julie Taymor (Frida), is based on the play Titus Androicus by William Shakespeare. It’s a visual marvel. Titus is gorgeous to watch, blending anachronisms and design in such a fascinating, lush way. It’s also brutal. Like a woman gets her hands cut off and replaced with twigs. (And it will stay with you.)

Ironically, the cannibalism in the film is horrifying, but it also weirdly makes sense. More chillingly, it’s not even the worst thing done to someone in Titus. It’s bad. It’s real bad, but not the worst thing (again lady with sticks for hands). Titus wasn’t a huge hit with critics at the time of release, but some people have come around to the years past. It’s worth a watch if you have some highbrow friends in your life. 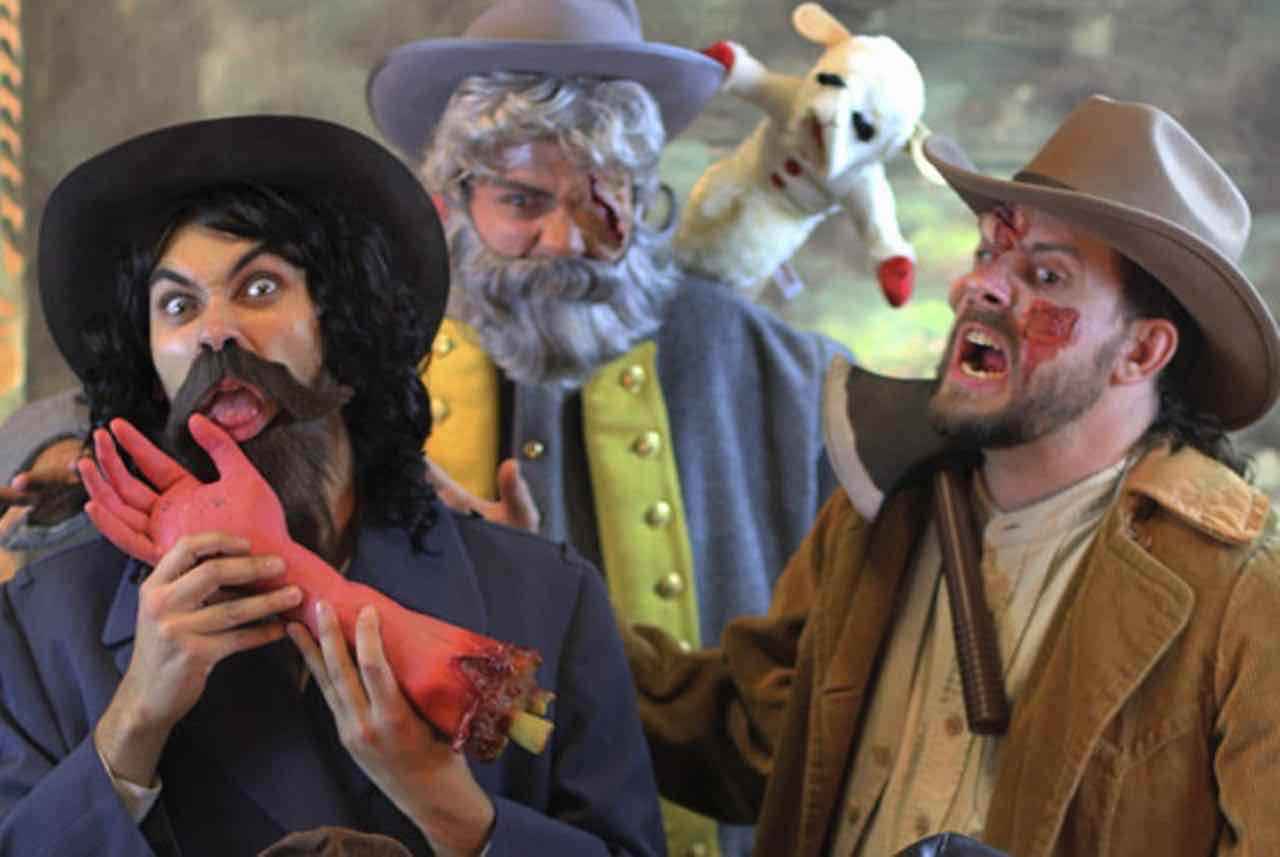 Cannibals but with music: Cannibal! The Musical

Welcome to the camp side of cannibalism with Cannibal! The Musical. This is the very first feature film from Trey Parker and Matt Stone of South Park fame. It loosely follows the life of the infamous Kentucky Cannibal, Alfred Packer. It’s a musical black comedy made on a shoestring budget and has a decent cult following.

The music is catchy. It’s silly and made for cheap. The effects are, well, not realistic. Cannibal! The Musical is as fun as a cannibal movie can be. So if you want something weird, funny, and won’t really haunt your dreams tonight, then check out Cannibal! The Musical. 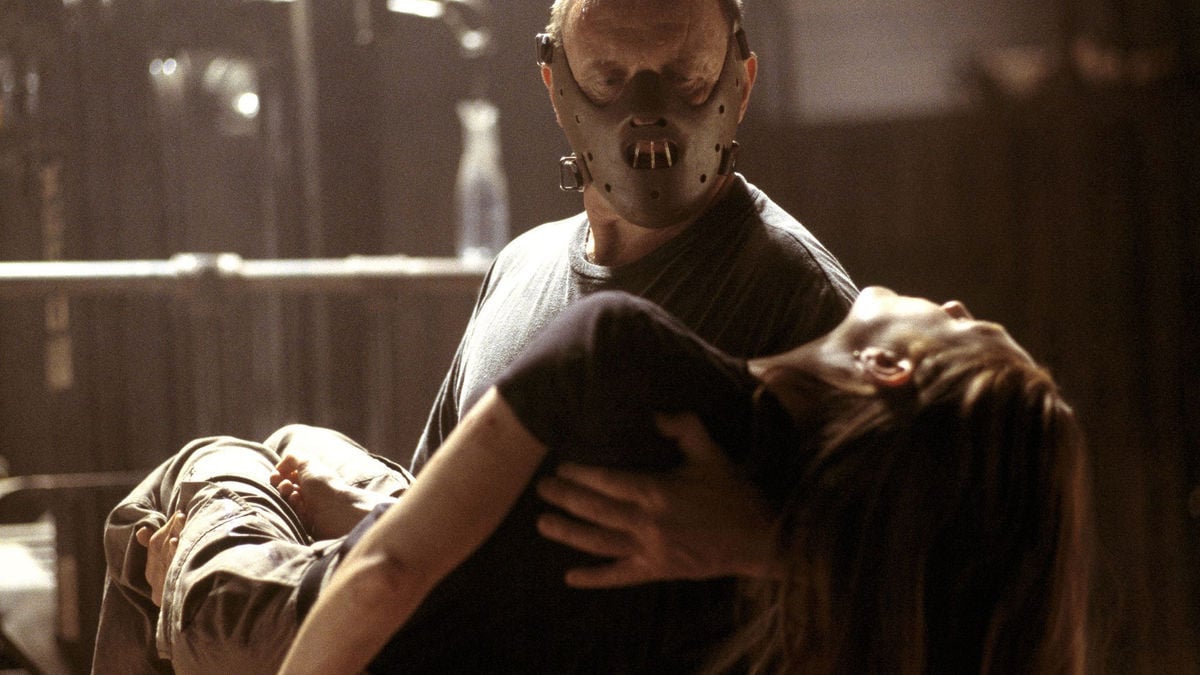 Silence of Lambs is a great movie, but the cannibalism in the film is only alluded to and kept at a bare minimum. If you want to see Sir Anthony Hopkins really sinking his teeth into the Hannibal Lecter role? It’s 2001’s Hannibal that you need to watch. If you ever want to watch someone eat part of their own brain, then this film is it.

Directed by Ridley Scott, Hannibal follows Lecter and Clarice Starling (Julianne Moore) in a deadly cat and mouse game, orchestrated by Lecter’s surviving victim, Mason Verger (Gary Oldman). Hopkins gives one of his best performances in Hannibal. And while we all love Mads Mikkelsen’s take on the character, it’s a reminder that Sir Anthony will also have a claim for being “perfect” for the role. 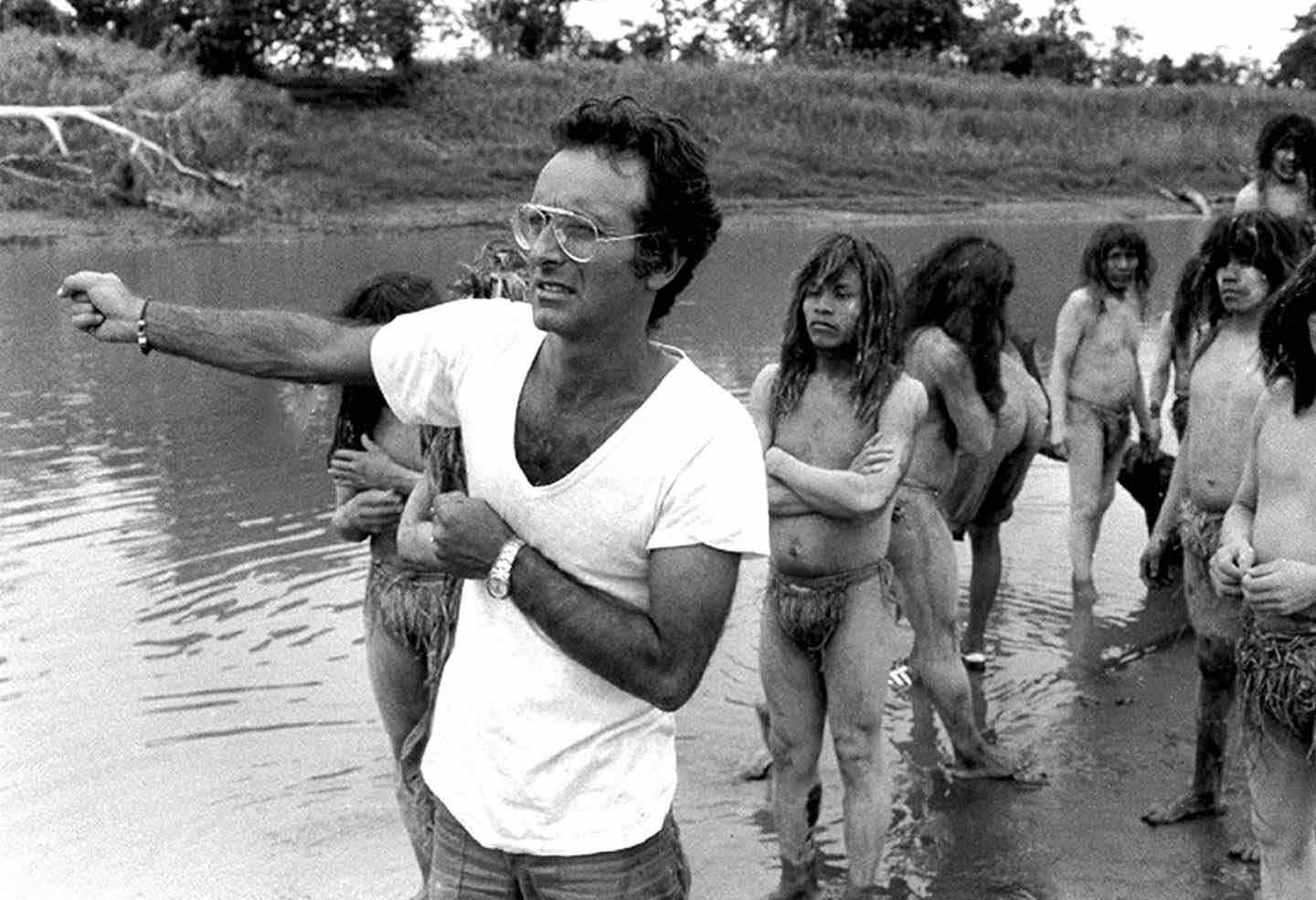 The most infamous cannibal film of all time: Cannibal Holocaust (1980)

Cannibal Holocaust, according to those who sat through it, is the most brutal film that they have ever seen. It’s graphic with hard to watch depictions of sexual assault and actual violence toward animals taking place. So *fair warning*, if you don’t want to see either of those things along with horrific images of fake gore, then stay away. Stay far away. Cannibal Holocaust is one of the earliest examples of found footage.

Basically, it was the Blair Witch Project before that film was even a thing. In Cannibal Holocaust, the found footage of a crew of documentary filmmakers is found while they were filming local cannibal tribes in the Amazon, known as the Green Inferno. What happens is so brutal that there were allegations Cannibal Holocaust was a snuff film and the director was arrested in Italy. 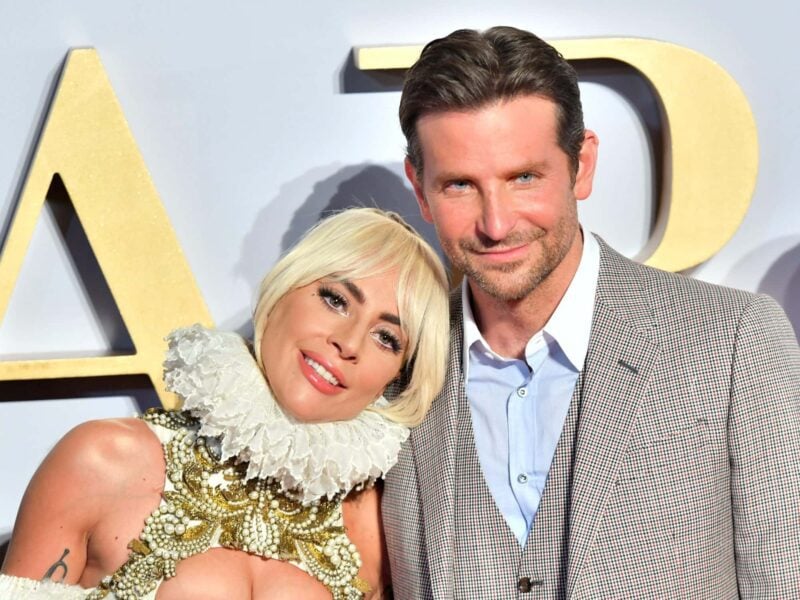