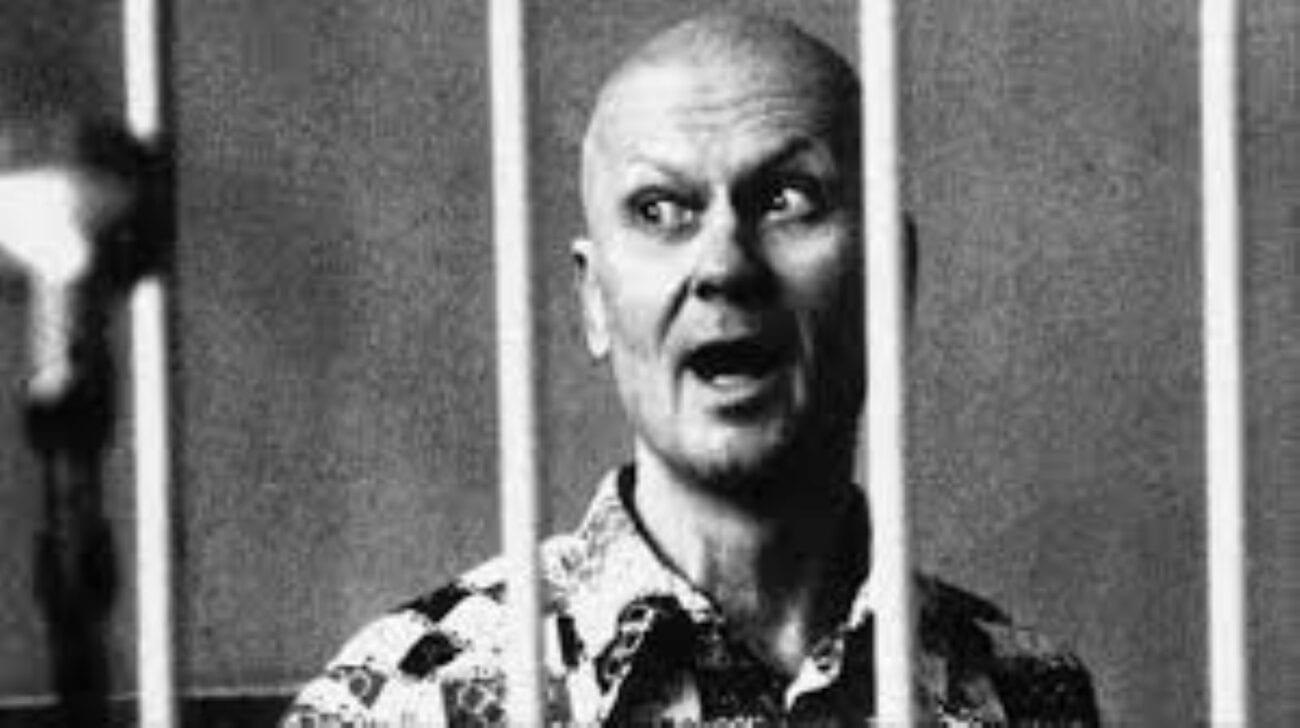 Why cannibal Andrei Chikatilo is called “The Butcher of Rostov”

Ever heard of a government aiding & abetting a criminal killing its own people? We guess Germany and the reign of Hitler might come to mind, but we’re not quite talking about that sort of situation.

Communist Russia helped serial killer & cannibal Andrei Chikatilo get away with murder many times because of its political ideology. The government maintained the idea that serial murder couldn’t possibly happen in a communist society, so Chikatilo got away with killing people again and again.

Talk about denial. Eventually, Chikatilo’s crimes caught up to him, but it took a lot longer than necessary. By the end of his reign of terror Chikatilo had killed over 50 people.

How Andrei Chikatilo turned into a sexual sadist

Andrei Chikatilo was born in a rural village of Ukraine on October 16, 1936. He is believed to have suffered from water on the brain, or hydrocephalus. This caused him to have genital/urinary tract problems, as well as preventing him from being able to sustain an erection later in life.

We mention his sexual issues because it’s arguable that this was the root of what caused him to become a serial killer. 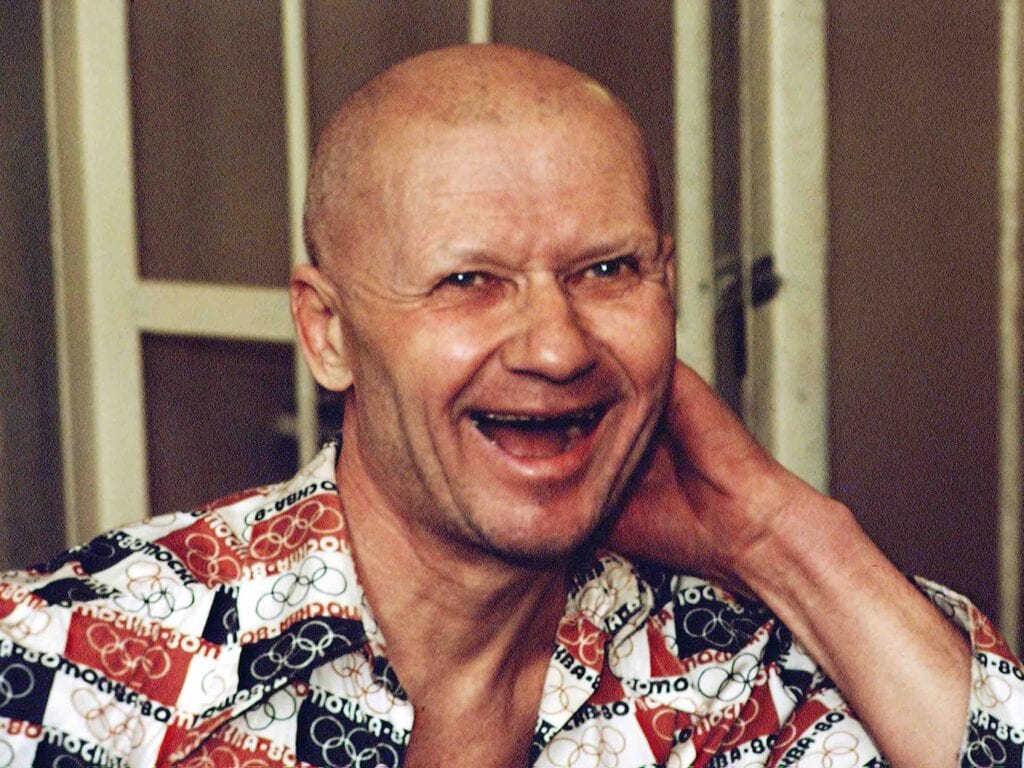 When Chikatilo was in school he was bullied by the other children because of his father’s reputation in the village. Chikatilo’s father had been conscripted to the war against Germany, but was captured and held prisoner during his service. This caused villagers to vilify Chikatilo’s father and mark Chikatilo’s family as the family of a coward for having disappointed his countrymen.

Chikatilo became an extremely shy person. It’s believed that Chikatilo’s first and only experience in adolescence was when he forced himself on a girl and then immediately ejaculated in the midst of his struggle with her. His peers ridiculed him for this incident and this humiliating experience would taint Chikatilo’s view of sex in the future. It would be forever intertwined in his mind with the thought of violence. 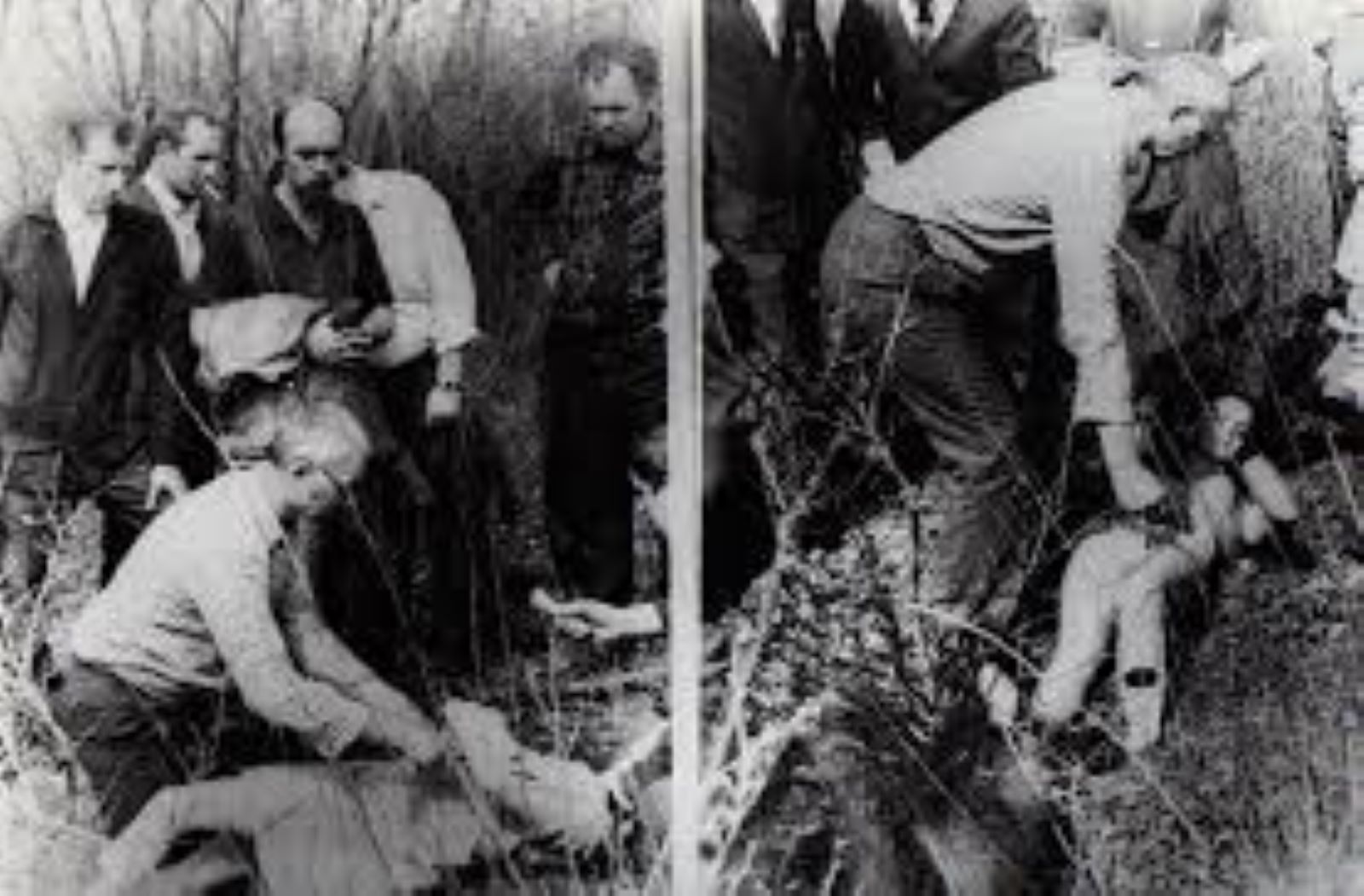 Chikatilo’s sister realized how shy her brother was and tried to help Chikatilo live a normal life by setting him up to meet with a local girl. They married in 1963 and had two children despite Chikatilo’s sexual difficulties.

After about a decade of marriage Chikatilo had gotten a degree at Rostov Liberal Arts University so he began a new career as a school teacher. Reports of him sexually assaulting kids got him repeatedly fired from teaching positions. He would move around trying to find new places where his reputation hadn’t caught up with him. This worked for a while, and he settled at a mining school near Rostov.

That’s when a murder took place. Someone reported they had seen Chikatilo with the victim shortly before her disappearance, but because Chikatilo’s wife gave him an alibi, authorities did not push him on it. A previously convicted rapist named Alexsandr Kravchenko ended up taking the fall after he confessed under duress. 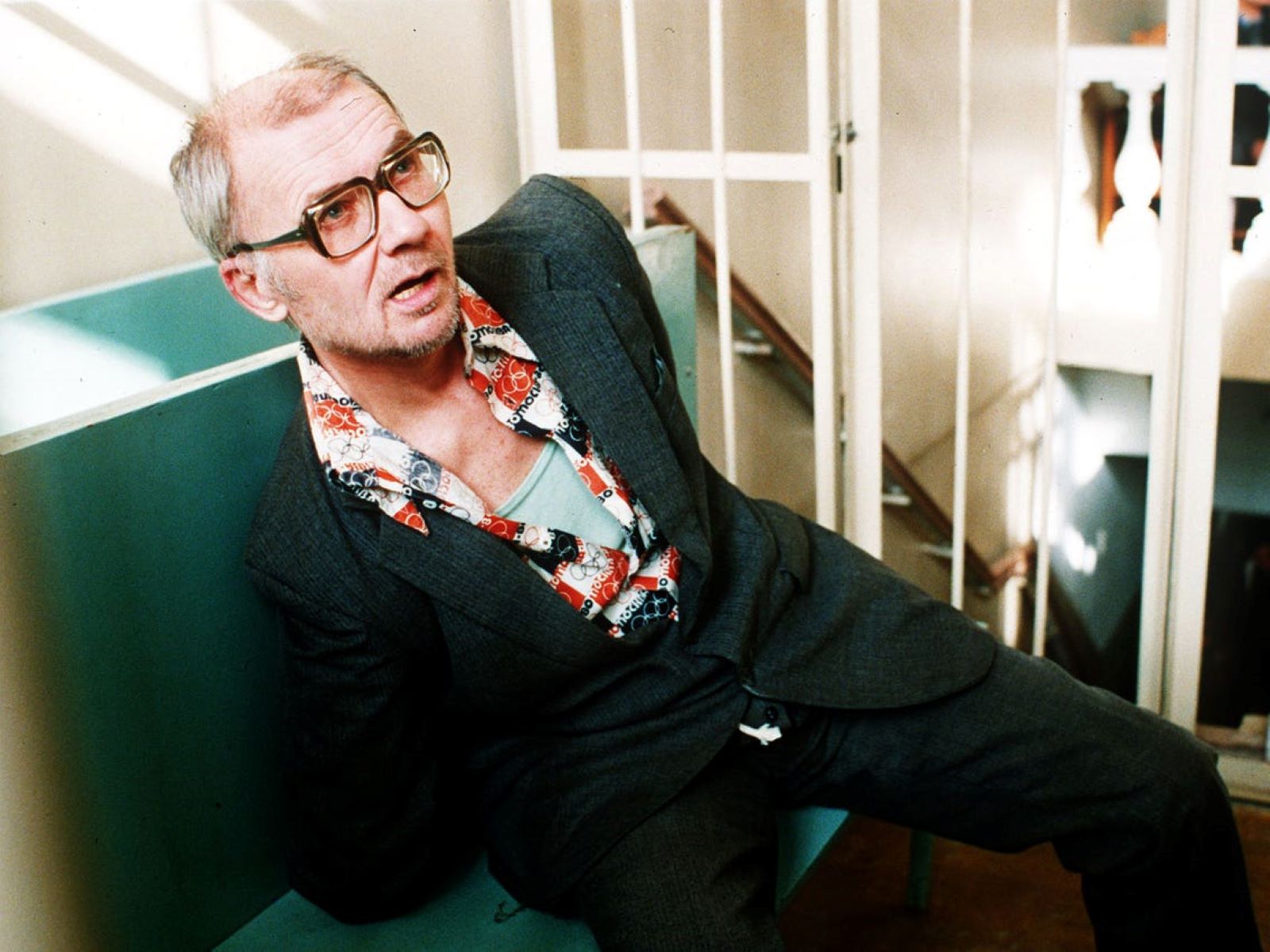 Chikatilo did not strike again for a while after that but he eventually took up a job as a clerk in a Rostov raw materials factory. This was an ideal post for Chikatilo because it allowed him to target young people who had moved to the city for a better life. These young people were good victims since they often had few connections, so their disappearances mostly went unnoticed.

On September 3, 1981, Chikatilo gagged a seventeen-year-old girl named Larisa Tkachenko with a handful of dirt, then strangled and stabbed her. Chikatilo felt a sexual release from his use of brute force. It was reminiscent of his attack on his girl classmate so long ago. 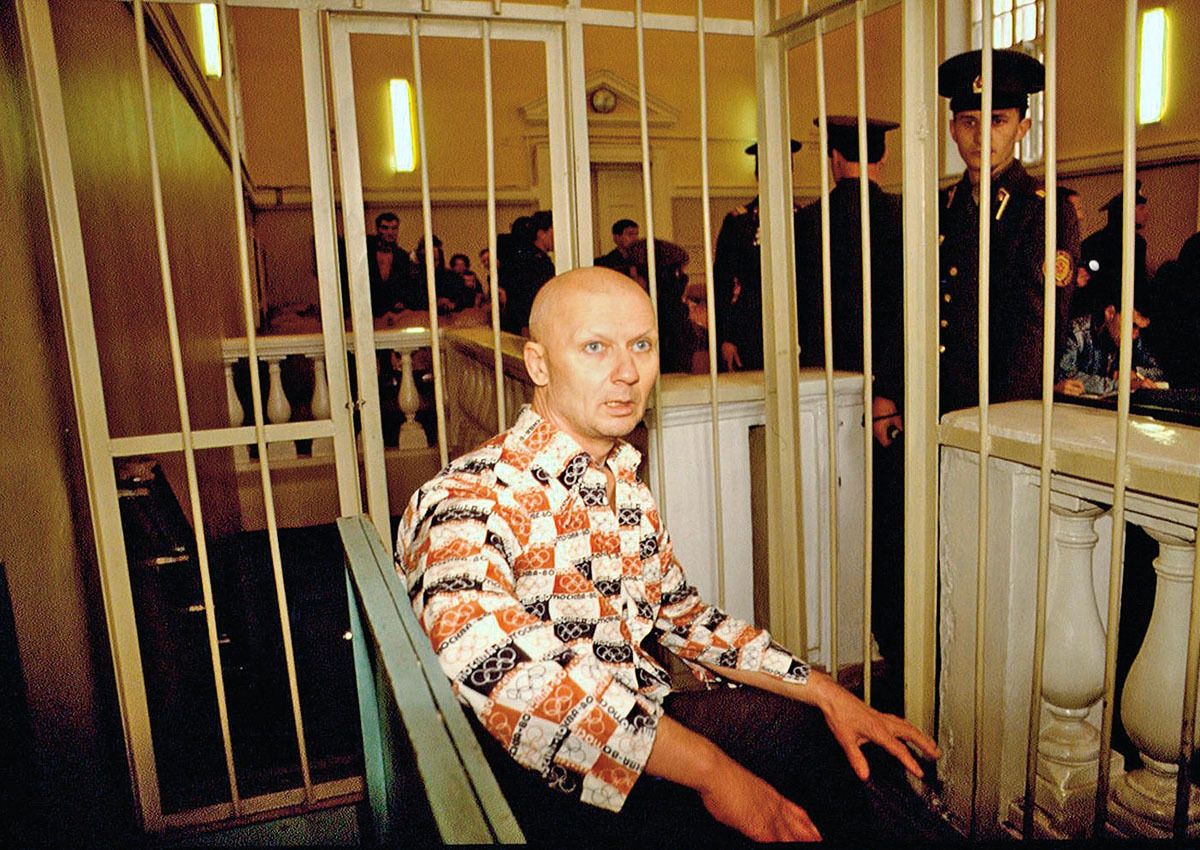 Chikatilo began hunting victims in earnest and killed over 50 people between 1978-1990 before police caught him for good. He earned the nickname “Butcher of Rostov.” His signature was slashing the eye sockets of his victims and removing their eyeballs. He would mutilate them in all sorts of ways and even ate the sex organs of some of his victims.

Although it took a while for authorities to admit there was a serial killer on the loose, because of Chikatilo’s modus operandi, police were eventually able to link the murders together. 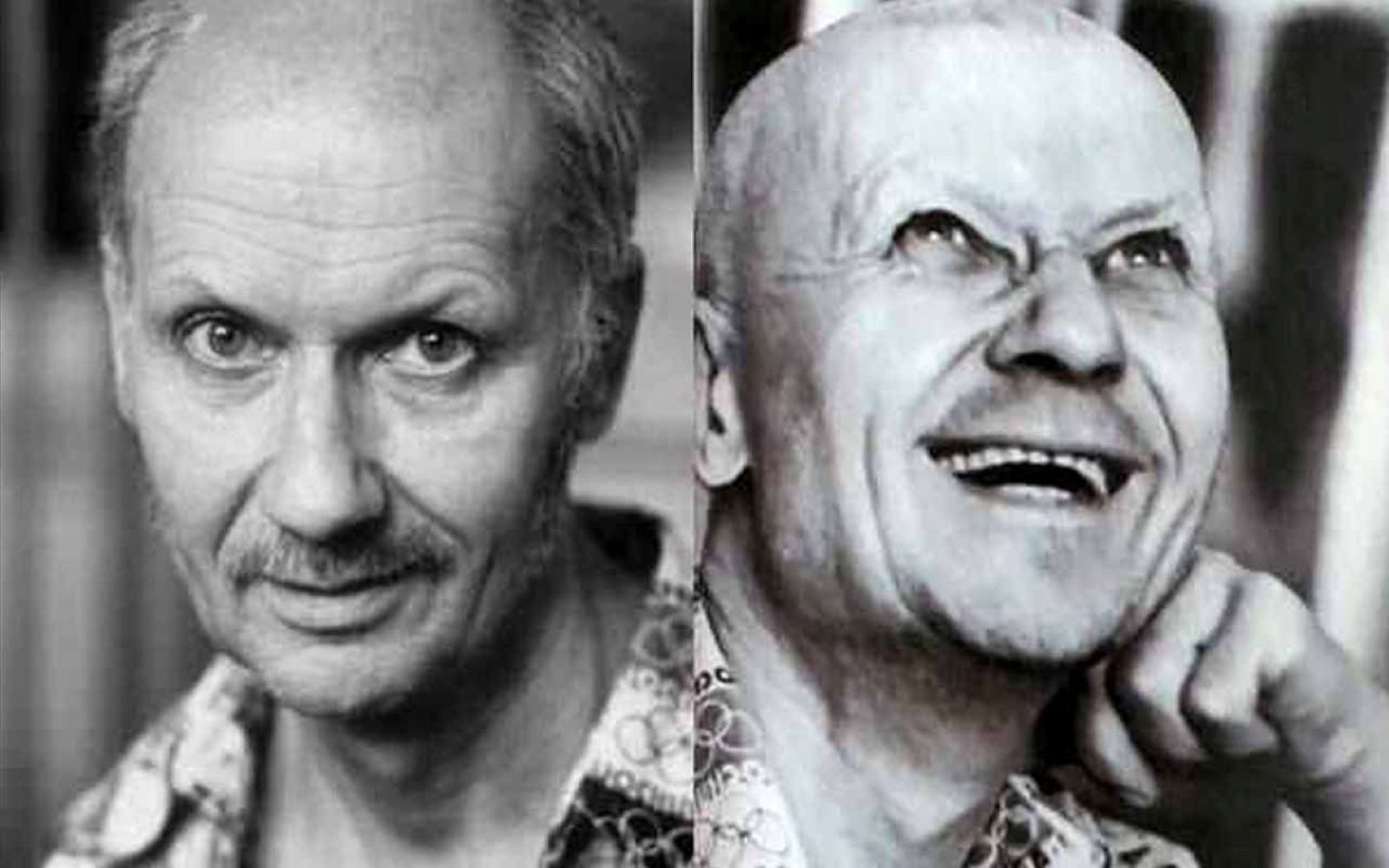 Police began monitoring transportation hubs since this was where the murder victims were often abducted. They arrested Chikatilo for acting suspiciously at a bus station one day, but Chikatilo’s blood type was his secret weapon.

Police only had semen from crime scenes as evidence and when they compared Chikatilo’s blood type to it, they didn’t match up. Little did they know, Chikatilo was part of a small segment of the population called non-secretors, whose blood type cannot be truly discovered by anything other than a direct blood sample.

Police released him and Chikatilo took a break from killing after this close brush with the law until 1985. This was when he killed two more women. Authorities used a psychiatrist to profile the killer as a necro-sadist and they continued their search. Chikatilo moved his hunting grounds away from Rostov and got away with killing nineteen more people. 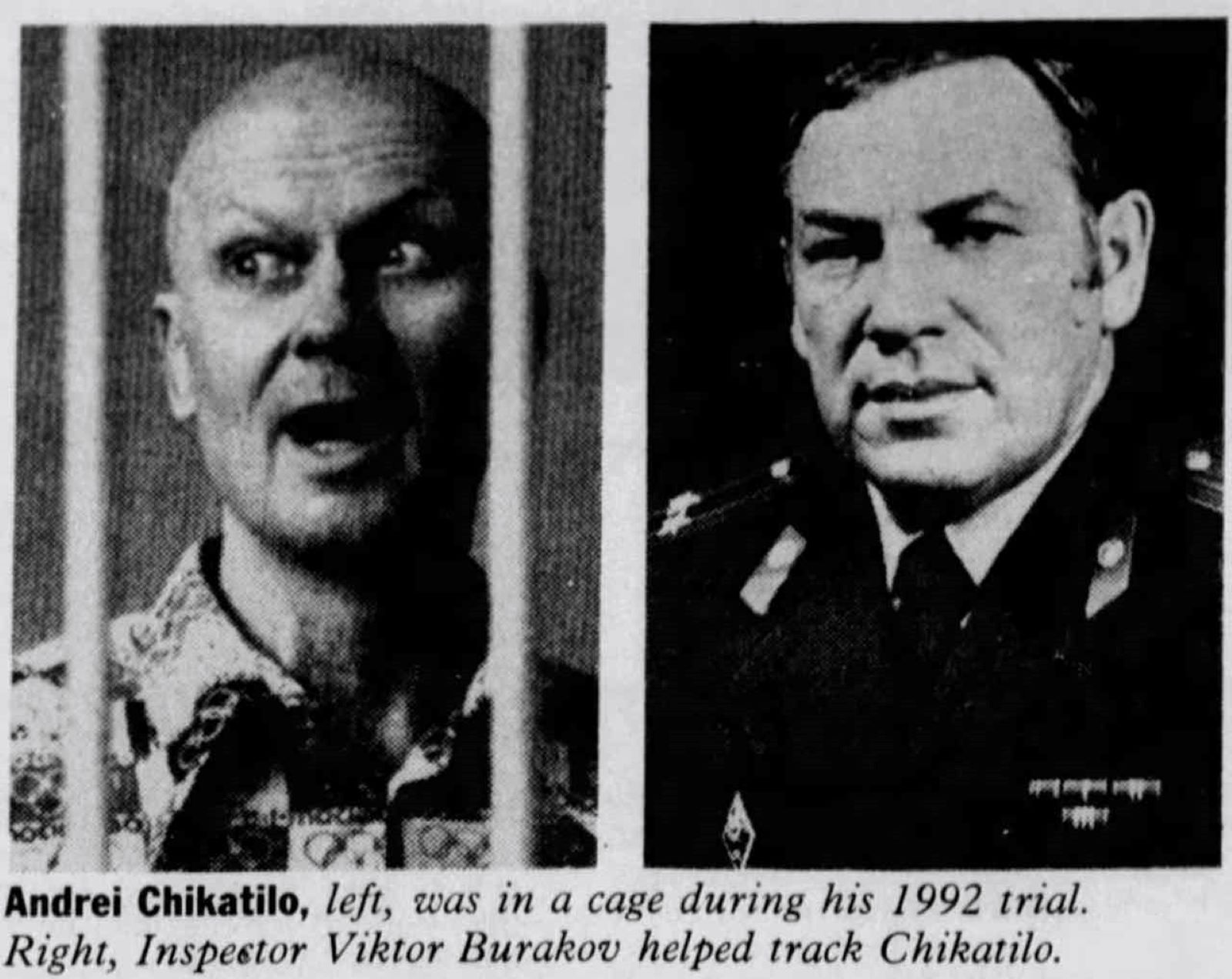 This time they had more psychological tricks up their sleeves. They took down Chikatilo’s details, released him, and began to surveil him. On November 20, 1990, Chikatilo was arrested again for more suspicious behavior. Police tried a new tact.

They sent in the psychiatrist who had prepared the Butcher of Rostov’s original profile and had him flatter Chikatilo by saying they wanted to study the mind of a killer from a scientific approach. Clearly pleased, Chikatilo began to divulge all sorts of details about his murders. It was then that police realized he had killed even more people than they had even discovered. 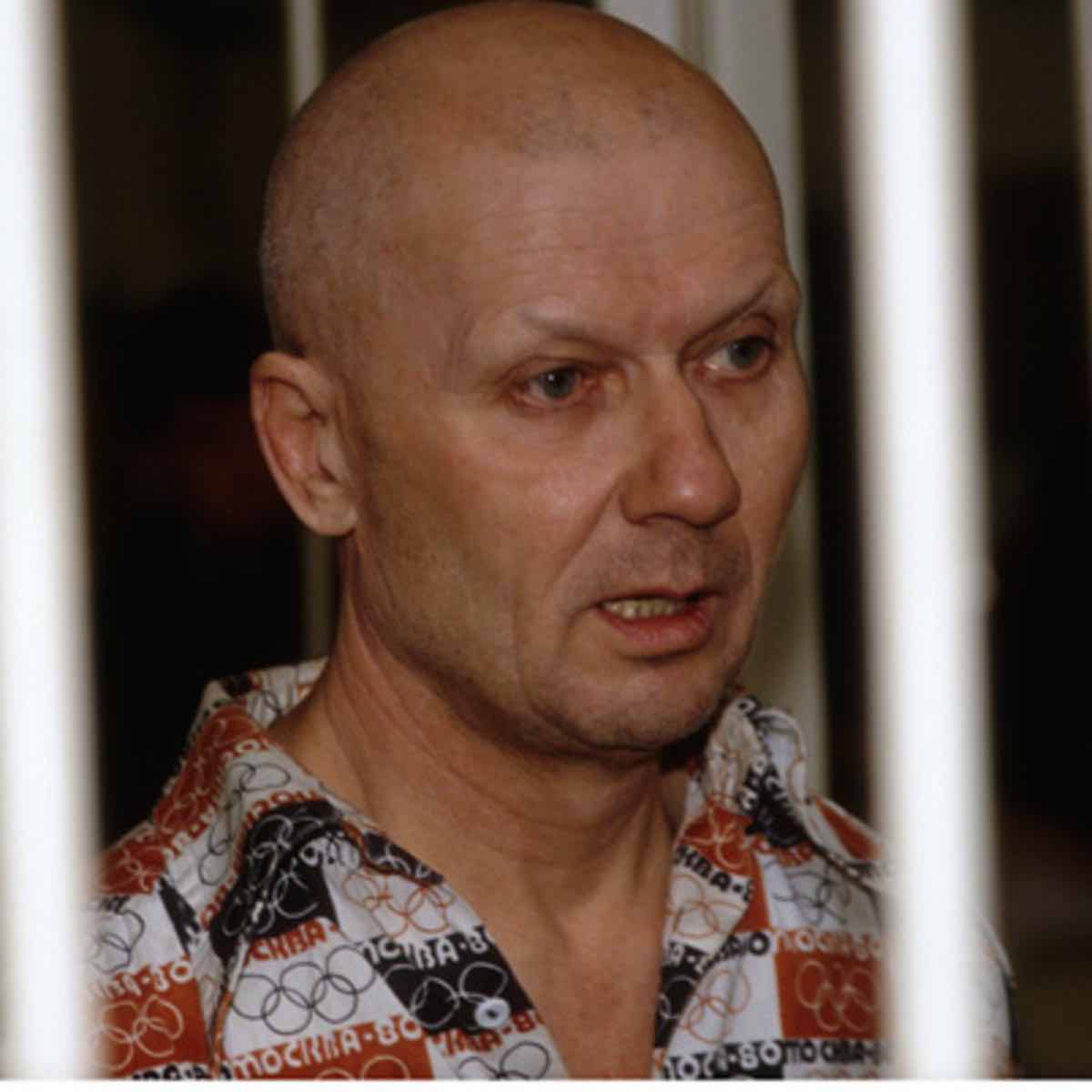 Chikatilo confessed to killing 56 victims when police had originally thought he had only claimed the lives of 36. They were able to substantiate 53 of them. Chikatilo acted deranged during his trial, sometimes singing and speaking gibberish. He was even reported to have flashed his genitals. Chikatilo seemed bored and eager to get a rise out of the crowd.

In the end, Chikatilo was convicted of 52 of his murders. He tried to appeal on the basis of a biased psychiatric evaluation, but was denied. Chikatilo was executed by a shot to the back of the head on February 14, 1994.

The 1995 movie Citizen X is a television movie based on Chikatilo’s life.