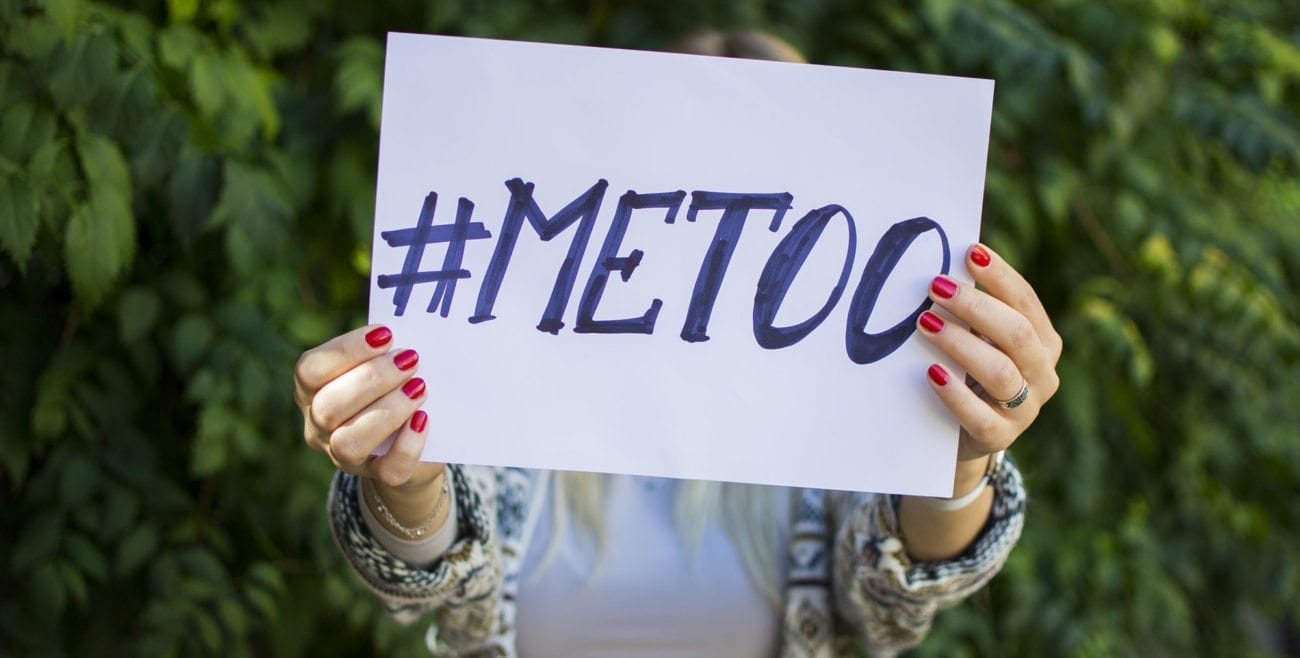 Berlinale putting the #MeToo into their 2018 film festival

We’re four days into the reputable Berlin Film Festival – also known as the Berlinale – and already the #MeToo movement is pinned as a central focus for the annual event. After the year the entertainment industry’s had, it’s no surprise diversity and inclusivity remain hot topics in the 2018 festival season.

In fact, even before its kickoff last week, women were urged to ditch the high heels and low-cut dresses for more modest clothing in an aim to “push for equality on the Berlin red carpet” (although, similar to the Golden Globes blackout dress code, it’s unclear whether these acts of “solidarity” are effective, or just another example of virtue-signaling).

Either way, the #MeToo movement has dominated conversations at 2018’s Berlin Film Festival, and yesterday a group of European organizations including WIFT Germany, WIFT Nordic, and the Swedish Film Institute announced the launch of a similar initiative called the Speak Up campaign.

Polish director Malgorzata Szumowska, who has entered this year’s competition with Mug, unveiled the movement to the crowds by declaring, “The European film industry has decided to unite under the banner of Speak Up. We aim to offer a clear lead in ensuring sexual harassment and abuse are not tolerated in the work environment, whether it be offices or in the markets and festivals.”

Alongside this focus, as The Hollywood Reporter pointed out, filmmakers are reworking projects to feature more women in roles originally intended for men. This is the case with HanWay’s The Hummingbird Project, which aired at Berlinale, in which feedback from buyers in Cannes saw the role of Alexander Skarsgard’s character swap sexes. “We kept hearing from distributors that the project felt quite male,” said HanWay managing director Gabrielle Stewart. Salma Hayek was later cast in the role.

Elsewhere, embattled South Korean filmmaker Kim Ki-duk’s Human, Space, Time and Human was picked up by a handful of distributors ahead of its premiere as a Berlinale Special screening. However, it wasn’t only the film that got tongues wagging, as the controversial director addressed his alleged sexual abuse of an actress on set.

The unnamed woman accused Kim last year of slapping her three times and forcing her to perform unscripted nude sex scenes during the shooting of his 2013 film Moebius. Although a court fined Kim five million won ($4,600) for assault, prosecutors dropped the sexual abuse charges due to a lack of evidence.

In answer to questions surrounding Kim’s invitation to Berlinale, he said: “There is indeed a regrettable case, which happened four years ago. I have explained and answered in court. The public prosecutor identified my slapping the actress as problematic.” However, Kim was defiant when asked directly if he would like to apologize for the slapping incident. “No. I find it regrettable that this was turned into a court case.”

The #MeToo movement as a whole continued to divide opinions at Berlin Film Festival. Robert Pattinson, who gave a press conference ahead of the screening of his Western dramedy Damsel, described the initiative as “pretty amazing”. “If you feel that you’ve been wronged, and you feel that you don’t have the right to tell people about it and you feel that you’re being bullied into silence, it’s one of the most awful things in the world. So it’s amazing when any kind of dam breaks and people feel they’ve got the numbers to say, ‘No, you’ll be safe to say whatever has happened to you.’ It’s pretty amazing.”

On the other face of the coin, German actress Hanna Schygulla slammed the #MeToo campaign at Berlinale, where she is promoting Cédric Kahn’s drama The Prayer, after saying it is a problem that people are touching each other less. “When I started making films, [Rainer Werner] Fassbinder slapped me in the face and said I had to take it. I know that there is a taboo about this kind of thing now. But there is a problem these days that people are touching each other less.”

Schygulla’s stance echoes French actress Catherine Deneuve and Austrian director Michael Haneke, who have both taken swipes at the movement. Much like this year’s Sundance, it seems clear conversations on the #MeToo initiative will continue to dominate Berlinale 2018, one way or another. Whether these “conversations” will lead to action or change is yet to be seen.