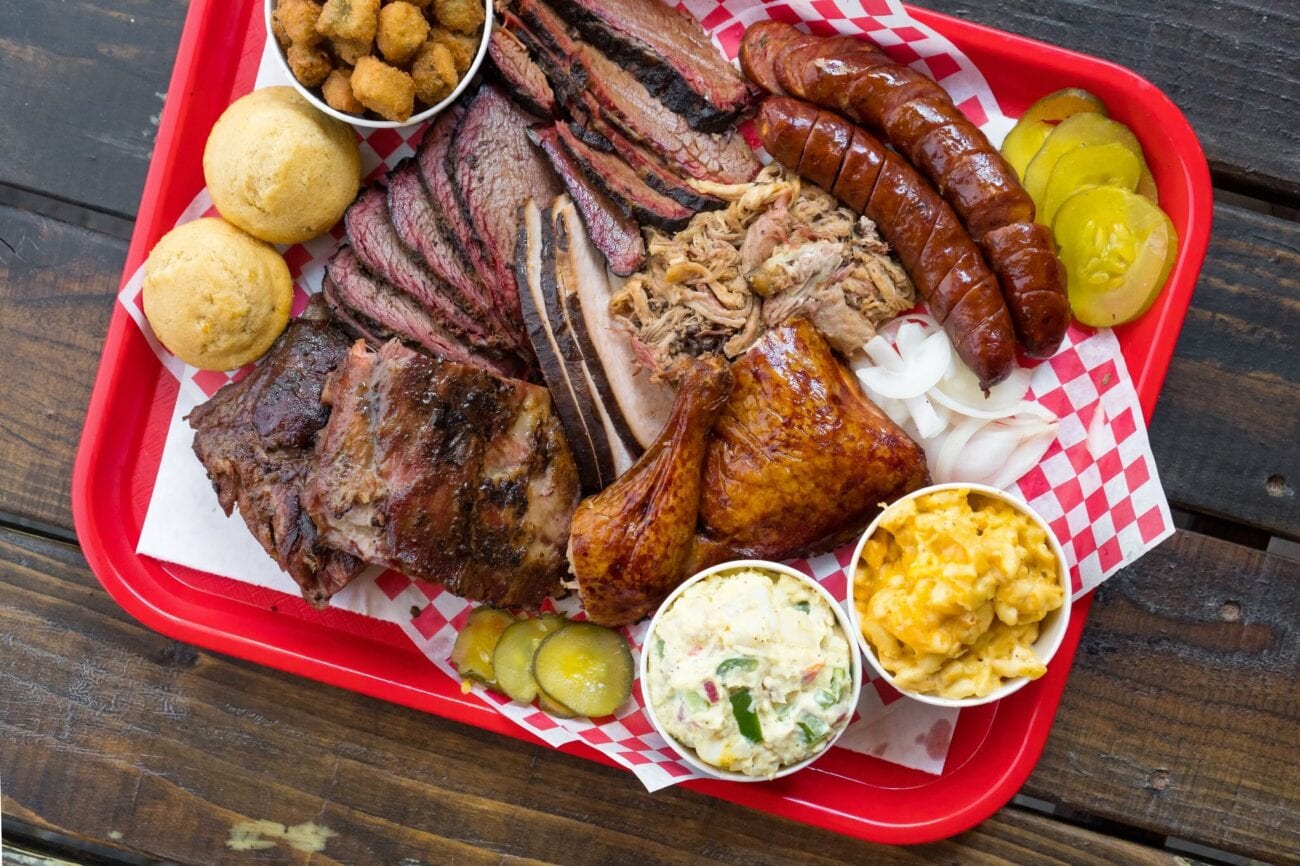 Get messy while pigging out at these top-rated BBQ restaurants

From succulent fatty brisket, to melt-in-your-mouth shredded pork, to sweet & savory barbecued ribs, there is nothing quite as fulfilling in the warm summer heat than good old-fashioned barbecue. Don’t forget, barbecue is not hamburgers & hotdogs . . . that’s a cookout. A barbecue consists of an array of spice-rubbed and sweetly sauced meats, coming hot off a smoker or fire pit. We all have our methods, and that’s perfectly fine.

However, well-executed barbecue is some of the best food on Earth, and it is hard to pinpoint which locations have perfected this low and slow method of cooking. In fact, aside from a few specialty barbecue pits and restaurants in each state, you really have to travel to either Texas, Kansas City, Memphis, or North Carolina to really sink your teeth in the best barbecue the U.S. has to offer . . . and yes, it’ll likely involve a bit of flossing. 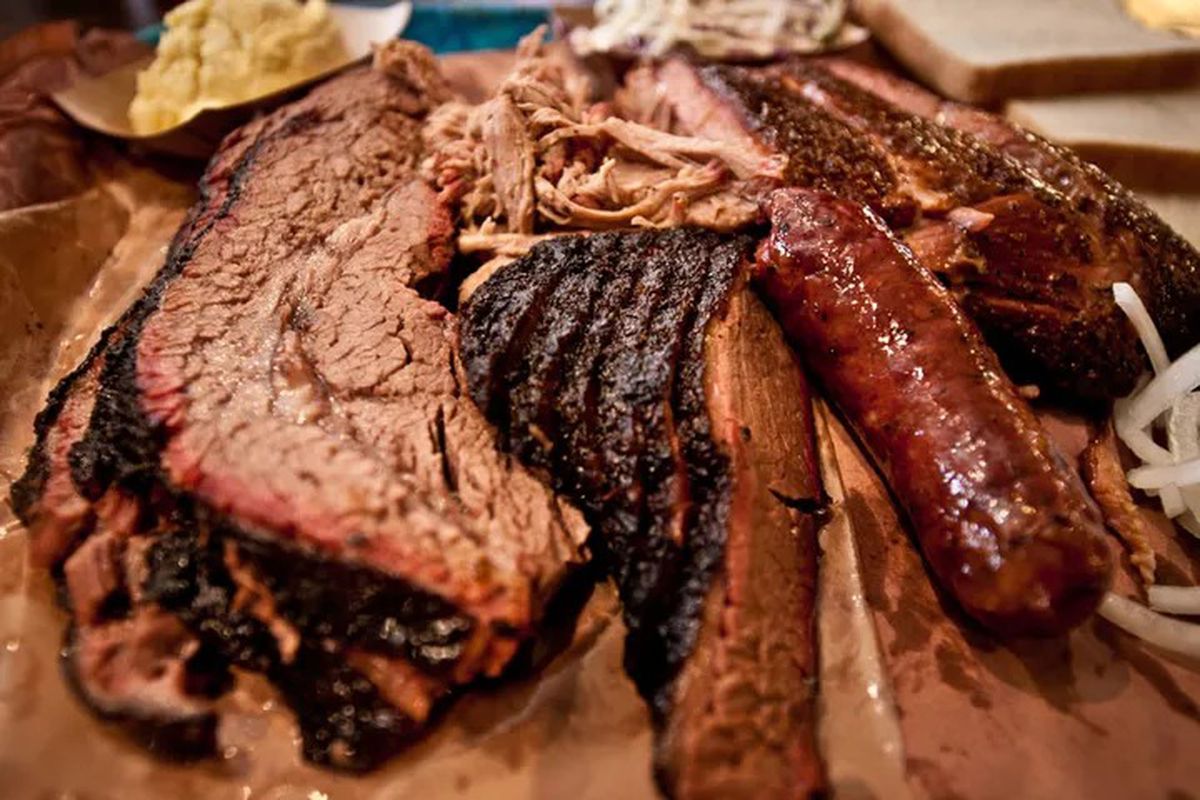 Located in the heart of Austin, Texas is Franklin’s Barbecue, ran and operated by Aaron Franklin, who has perfected Central Texas-style BBQ. Franklin’s specializes in brisket, but are happily serving pulled pork, ribs, sausages, and turkey to those who request it. What makes Franklin’s special is the simplicity behind their barbecue, understanding low & slow and minimizing the brisket seasonings to just salt and lots of black pepper.

The eccentric Aaron Franklin has even produced his own Master Class video on properly smoking barbecue; you might have even spotted Aaron Franklin in Jon Favreau’s 2014 film Chef, when the El Jefe food truck makes a pit-stop through Austin, Texas to try some of Franklin’s legendary BBQ brisket. 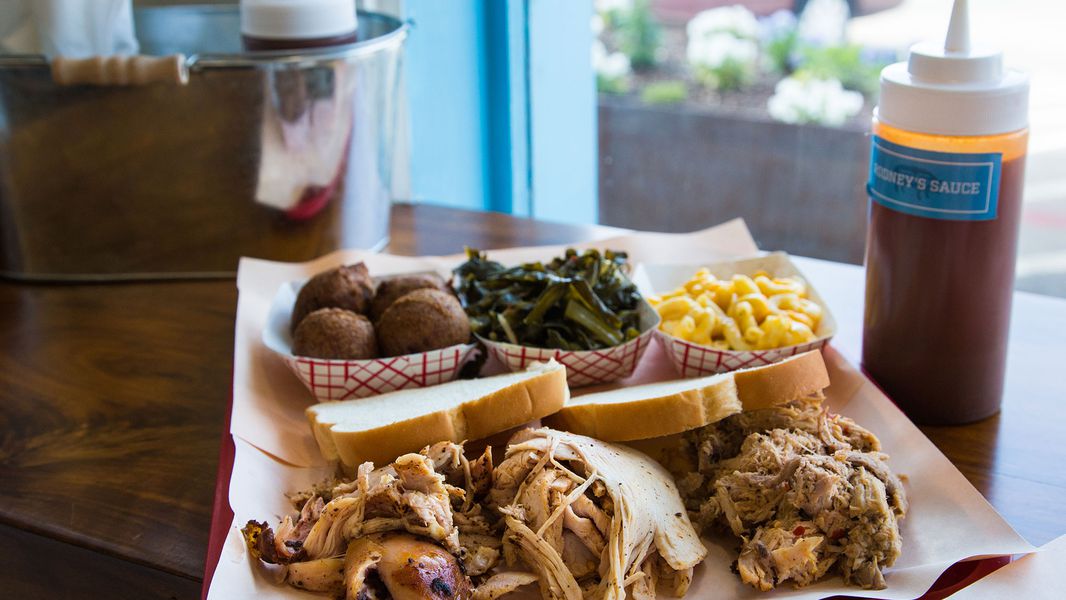 When we think of traditional South Carolina BBQ, two words come to mind: vinegar & sweet. While Texas may frown upon the use of unnecessary sauces, it is locally acceptable in Carolina to be a sauce boss yourself, turning meat into what tastes like damn near candy if all steps are executed efficiently & appropriately, and few understand this principle better than Rodney Scott.

Rodney Scott’s Whole Hog BBQ opened in Charleston, South Carolina in 2016, serving up meats that mimic sweet treats, varying from his vinegary pulled pork to his tangy smoked chicken thighs. Perhaps even sweeter than the meat itself is the desserts . . . if you left any room for them. Locals say you have to try the banana bread pudding, a sweetly satisfying way to finish your dish.

No need to eat for the rest of the week after a meal here! 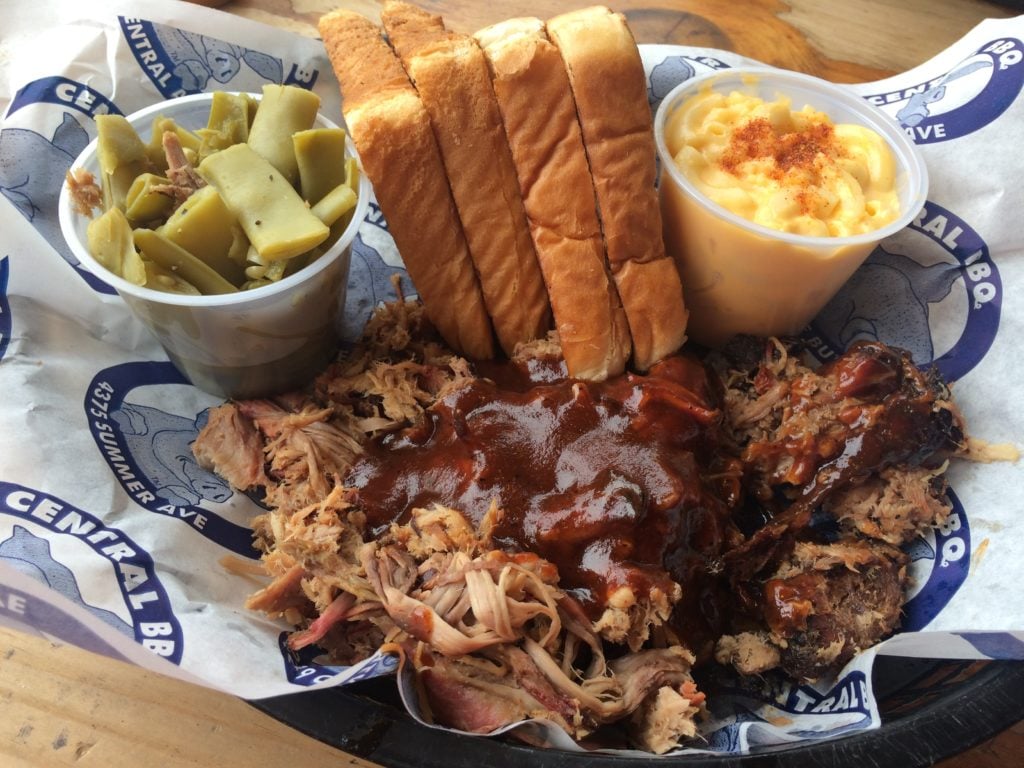 There is a reason why so many of America’s great barbecue joints offer a singular location, and that is because its creators & chefs demand quality control throughout their meats, and understand the difficulty of passing on true BBQ knowledge across multiple locations.

The beauty of low and slow cooking is the forming of a gorgeous crust thanks to a chemical reaction of seasoning and fat, teasing the tongue with a sweet & savory crunch of delicious meats right before it begins to melt in your mouth. Can you believe that Central BBQ manages to create this phenomena across all three locations? Yeah . . . They know what they’re doing. 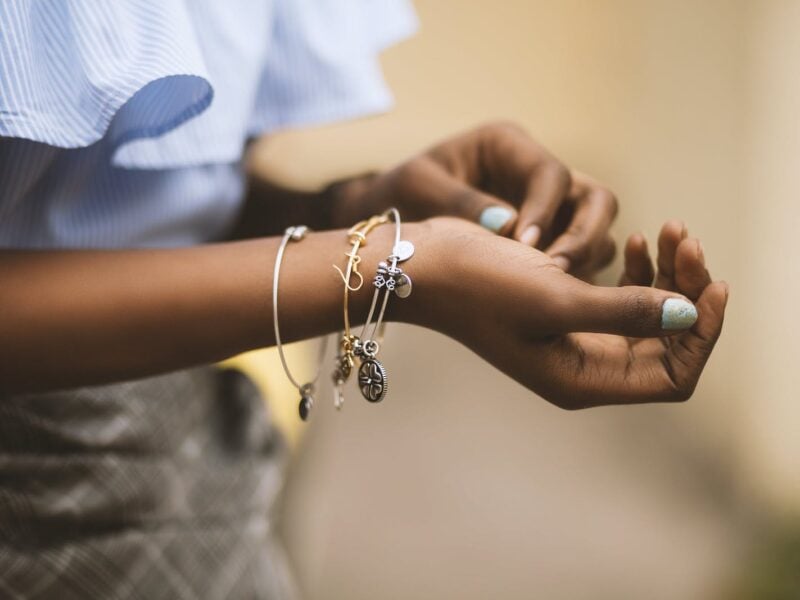