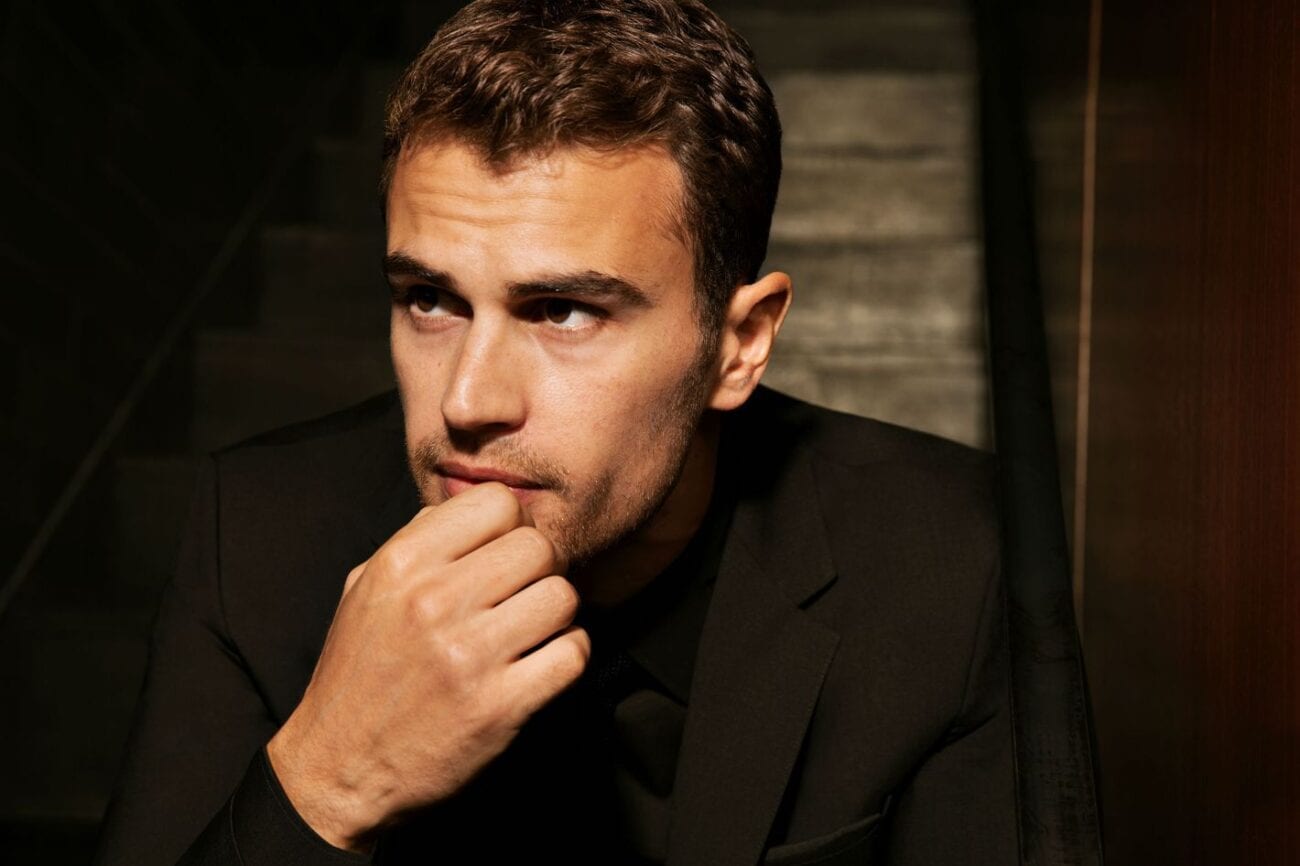 Heartthrob Theo James never fails to get our pulses racing. The English actor has provided some thirsty content in his movies for stans everywhere. Known for his role in the Divergent series, Theo James knows how to play the heroic love interest more than most. As his fan base grows, so do the opportunities for more movies we can Theo star in.

What’s next for Theo James? Could he be appearing in any more movies? Here’s everything you need to know about his latest project Archive. 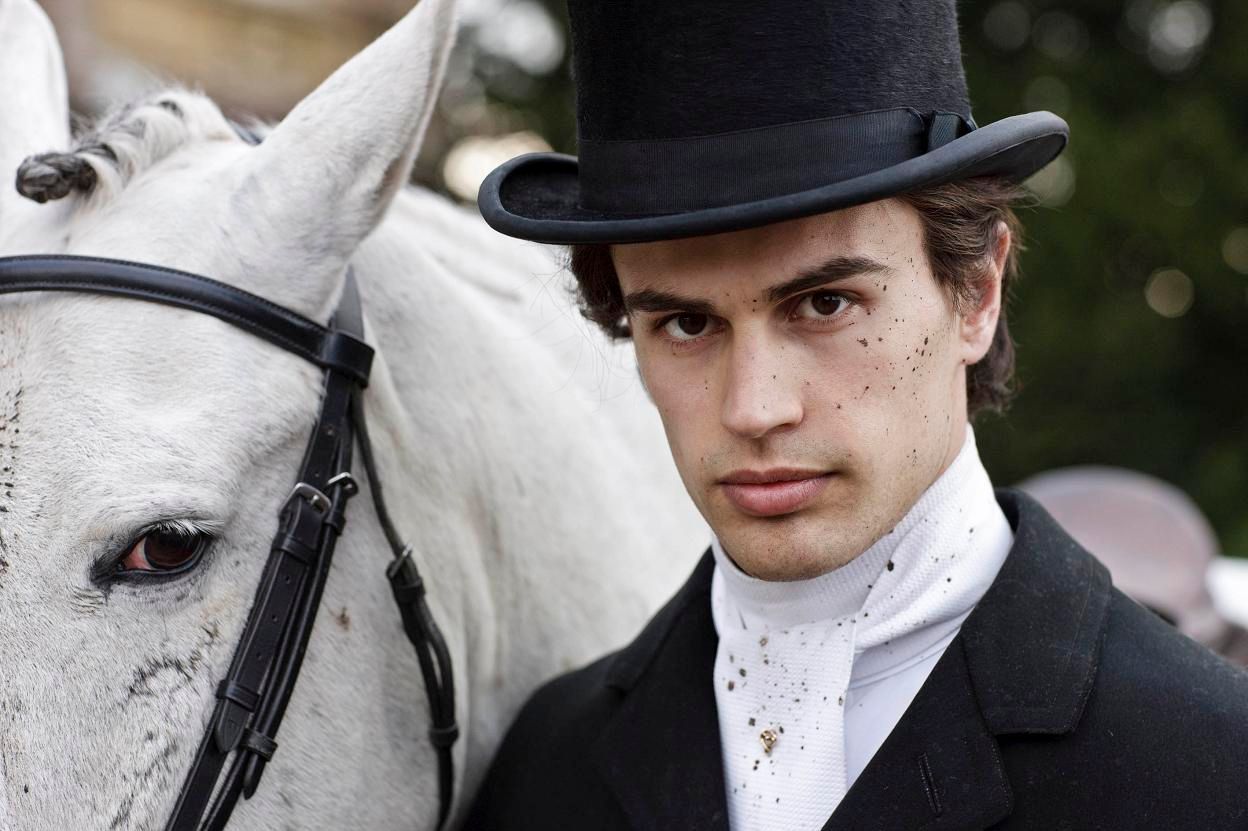 Man of many talents

Thirty-five-year-old Theodore Peter James Kinnaird Taptiklis, funnily enough, became an actor by accident. Before he became a Hollywood heartthrob, he used to work as a bartender, lifeguard, and worked for the NHS, cleaning the houses of the recently deceased.

After graduating from the University of Nottingham with a degree in philosophy, his girlfriend (at the time) planned to audition for drama school which persuaded Theo James to do the same. He was successful, and she didn’t get in. Ouch, that’s gotta sting!

You may know Theo James for his one-episode role in British drama Downton Abbey. Unfortunately, the role of Turkish Kemal Pamuk was short-lived when he died in the middle of seducing Lady Mary. Sorry for the spoiler. James gained a lot of interest from potential castings, a lot of his early work stuck to his English roots. 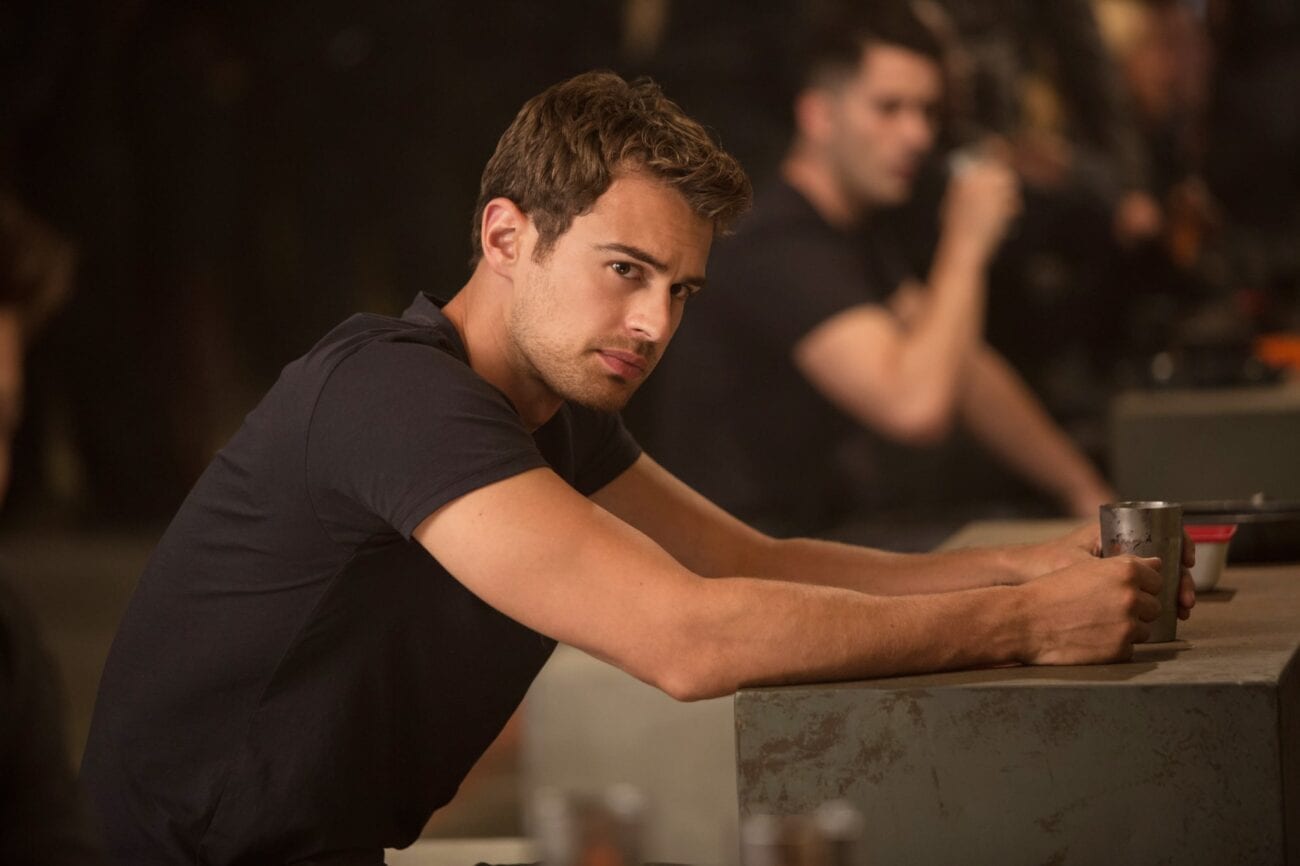 Theo James discussed his career with Collider as he explains he wants to step back from the Hollywood limelight. “I’ve spent a bit of time trying to do as different a breadth of material as possible. I started in the big-budget arena and I wanted to go in the other direction, completely.” Theo James has an upcoming project that may interest his fanbase. 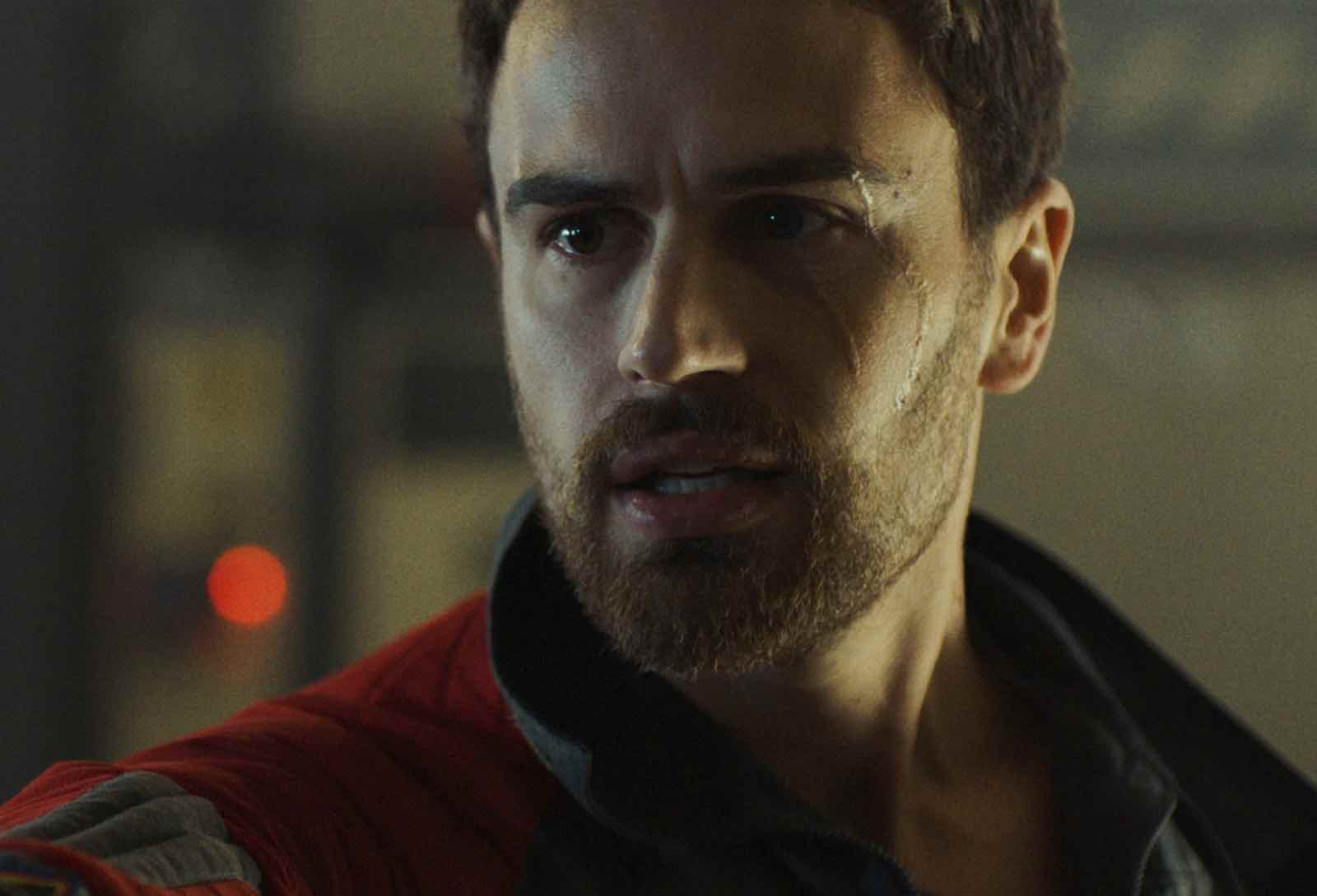 New information has been released about Theo James’s upcoming movie, Archive. The sci-fi thriller Archive has been written and directed by Gavin Rothery and follows George (Theo James) as he works on a true human equivalent AI prototype he hopes will reunite him with his dead wife.

“2038. Two and a half years into a three-year research contract, George Almore (Theo James) is on the verge of a breakthrough. Stationed halfway up a snow-capped mountain near Kyoto at a secret facility codenamed ‘The Garden’, he has been working on a model that is a true human-equivalent android.

“His prototype is almost complete. But this most sensitive phase of his work is also the riskiest. Especially as George has an ulterior motive for his work that must be hidden at all costs: Being reunited with his dead wife, Jules (Stacy Martin).” 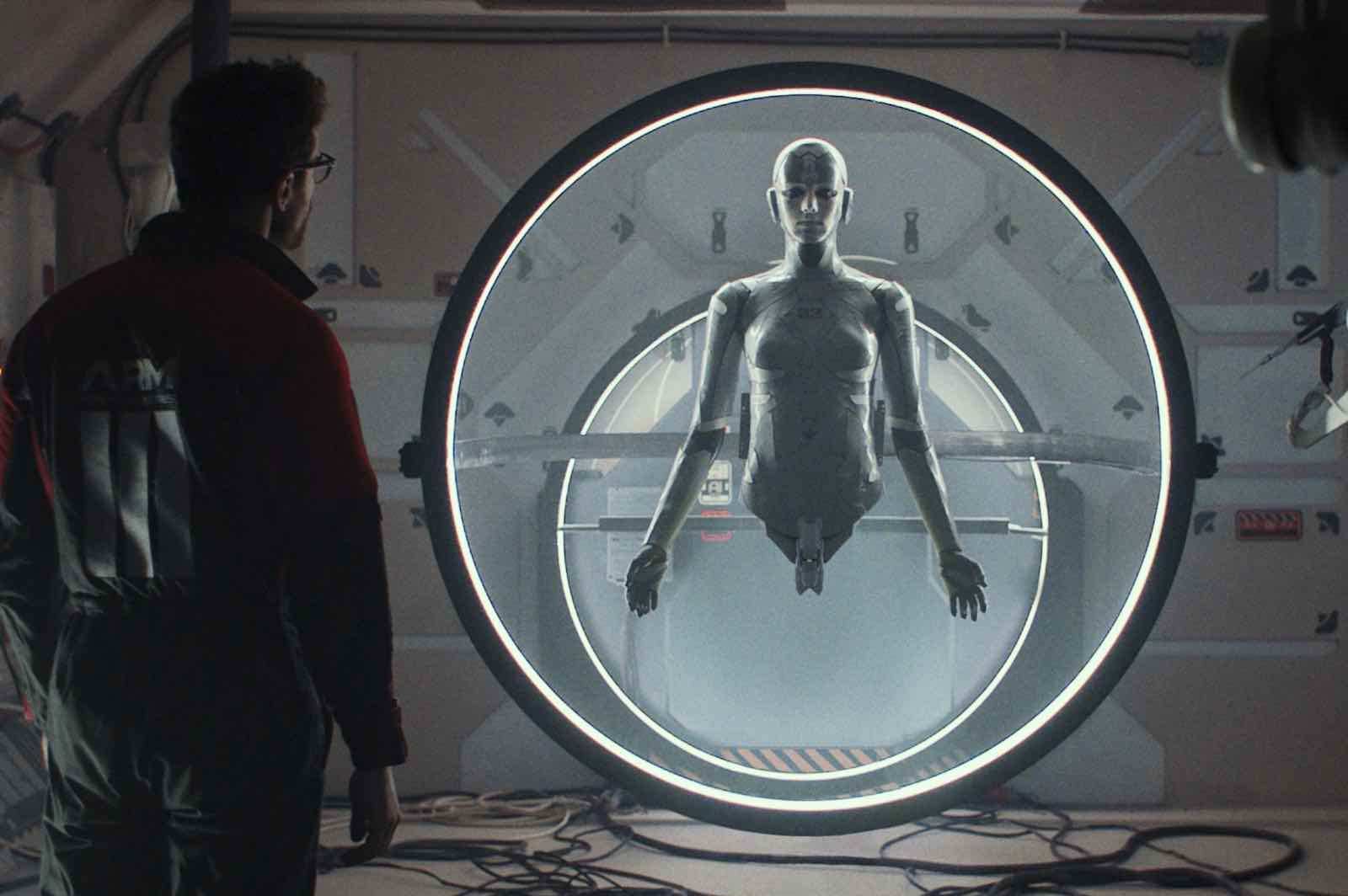 In an interview with Collider, Theo James shared his thoughts on what made him accept the role of George. “Conceptually, I liked the more existential themes of it, of what is a soul and at what point does a machine become a human. Those questions are often tackled in the sci-fi arena, but I love those questions. I find them fascinating.”

Could this new sci-fi thriller make your watchlist? Archive is currently available to those in the U.S., but is set to arrive in UK cinemas on January 15th and on digital download on January 18th.

Seen any Theo James movies recently? Let us know your thoughts on James’s stepback from Hollywood in the comments.