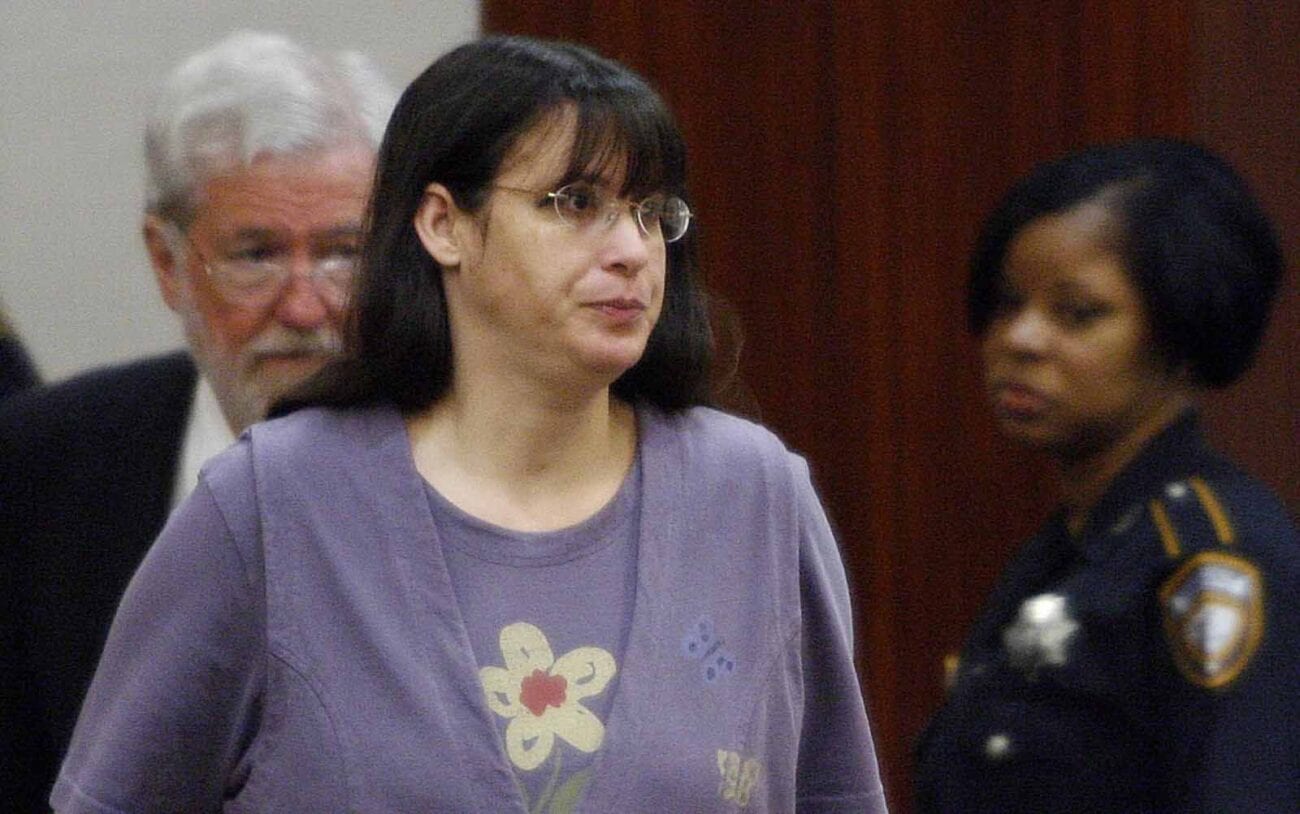 It’s not every day you hear that a mother killed her own children. The concept is almost too horrendous to behold. A mother is supposed to cherish and protect her children above all else. To imagine that the person who is supposed to nourish and care for her babies would murder them is practically a paradox.

It begs the questions: How did a mother murder her own children? How could one go down such a tragically twisted path?

The story of Andrea Yates is a tragic one, not only for the children, but for the mother too. It’s easy to villainize a woman who would commit such a crime, but if you actually look into Yates’ story, you’ll see it’s possible she was a victim too. There are stops along the way in Yates’ life that will make you wish someone had more aptly intervened. The five children of Andrea Yates needn’t have had their lives stolen that dreadful day. 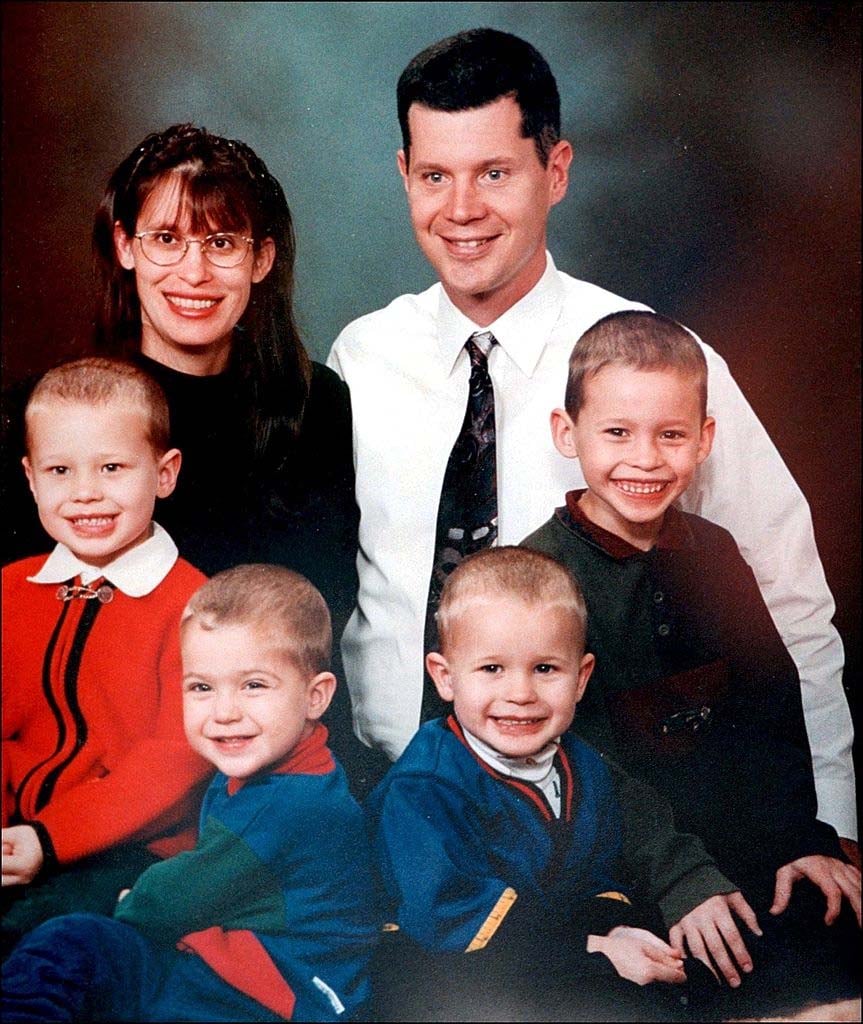 Yates hadn’t always been in such a sad state. Yates graduated high school as valedictorian and captain of the swim team. She then graduated from the University of Texas School of Nursing and began working as a registered nurse.

In 1993 she married a man named Russel Yates and stopped working soon after that. Russel had been a disciple of preacher Michael Peter Woroniecki who believed married couples should have as many children as possible. 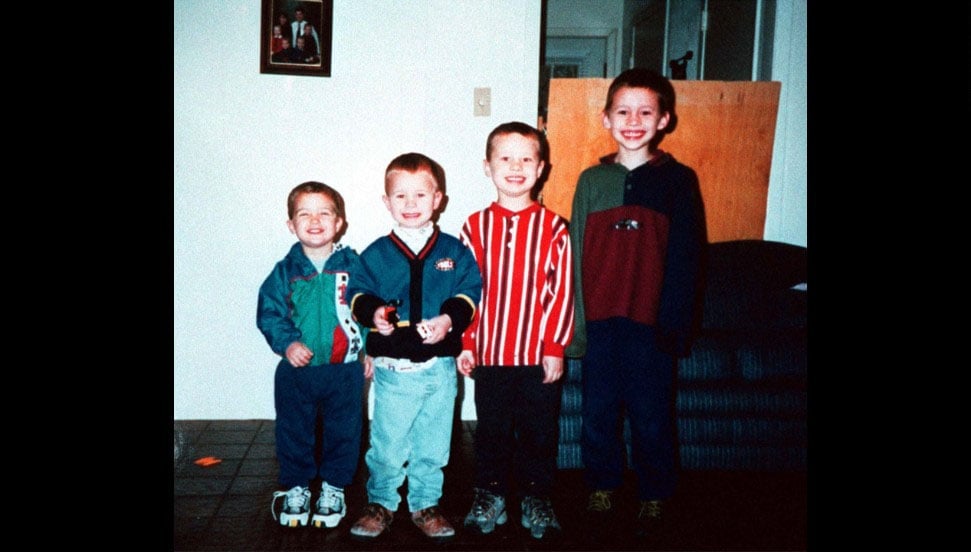 It was no surprise then when the couple announced that they would “seek to have as many babies as nature allowed.” Yates got pregnant with her first child in February of 1994. They continued having children and moved to Texas. Following the birth of Yates’ fourth child, she began showing postpartum depressive symptoms.

On June 16, 1999, Russel found Yates in a frenzied state. She was nervously chewing her fingers and shaking. The next day Yates tried to commit suicide via pill overdose. She was admitted to a hospital and given antidepressants, but soon after her release, she begged Russel to let her die as she pressed a knife against her neck. 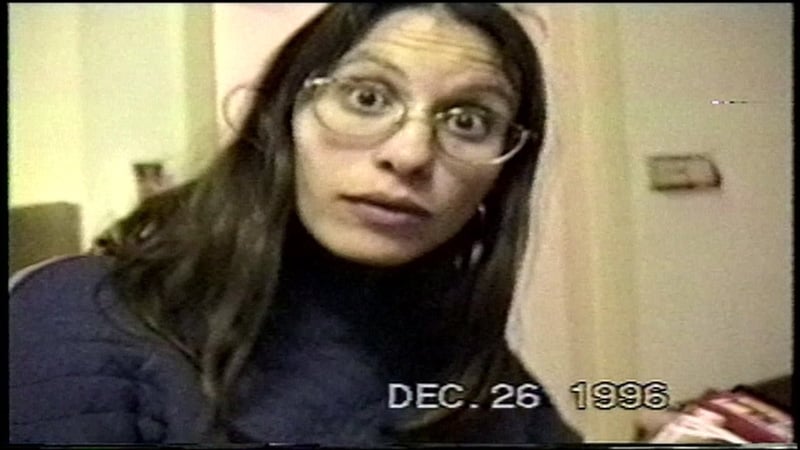 Yates was readmitted to the hospital and given a cocktail of drugs. This combination of drugs included the Holdol, an antipsychotic. Her condition improved greatly so they authorized her release. She appeared stable for a while but in July of 1999, she suffered a nervous breakdown. Yates tried to take her life twice more, which resulted in two hospitalizations.

The doctors diagnosed Yates with postpartum psychosis. One of her psychiatrists, Dr. Eileen Starbranch, recommended the couple not have any more children because she felt it would “guarantee future psychotic depression.” 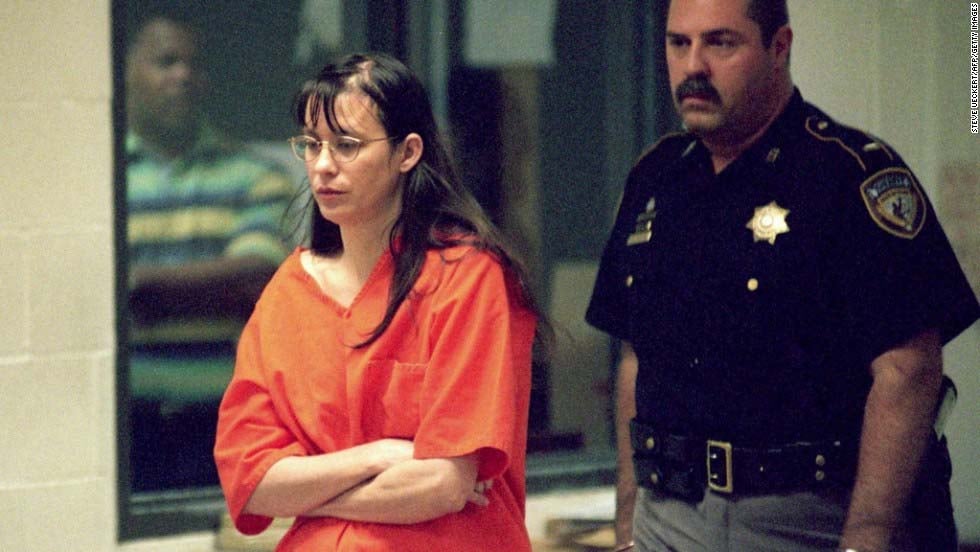 Against the doctor’s orders, Russel insisted he and Yates have another child. Yates protested and brought up the risk of a decline in her mental health, but Russel only complimented her on her mothering and insisted they continue. Yates’ prison psychiatrist revealed this fact later, saying “She had told Rusty that she did not want to have sex because Dr. Starbranch had said she might hurt her children.”

The couple’s poor children would indeed pay for Russel’s lack of regard. They conceived their fifth child just seven weeks after Yates’ release. Yates gave birth to her youngest, Mary, on November 30, 2000, and Yates’ mental health began to decline.

To make matters worse, just weeks before the murders, Yates’ psychiatrist, Mohammed Saeed, had abruptly taken Yates off of the antipsychotic Haldol. The couple’s arrangement had been to make sure Yates and the children were supervised at all times. Russel would watch them when he was home and Yates’ mom would watch them while Russel was at work. 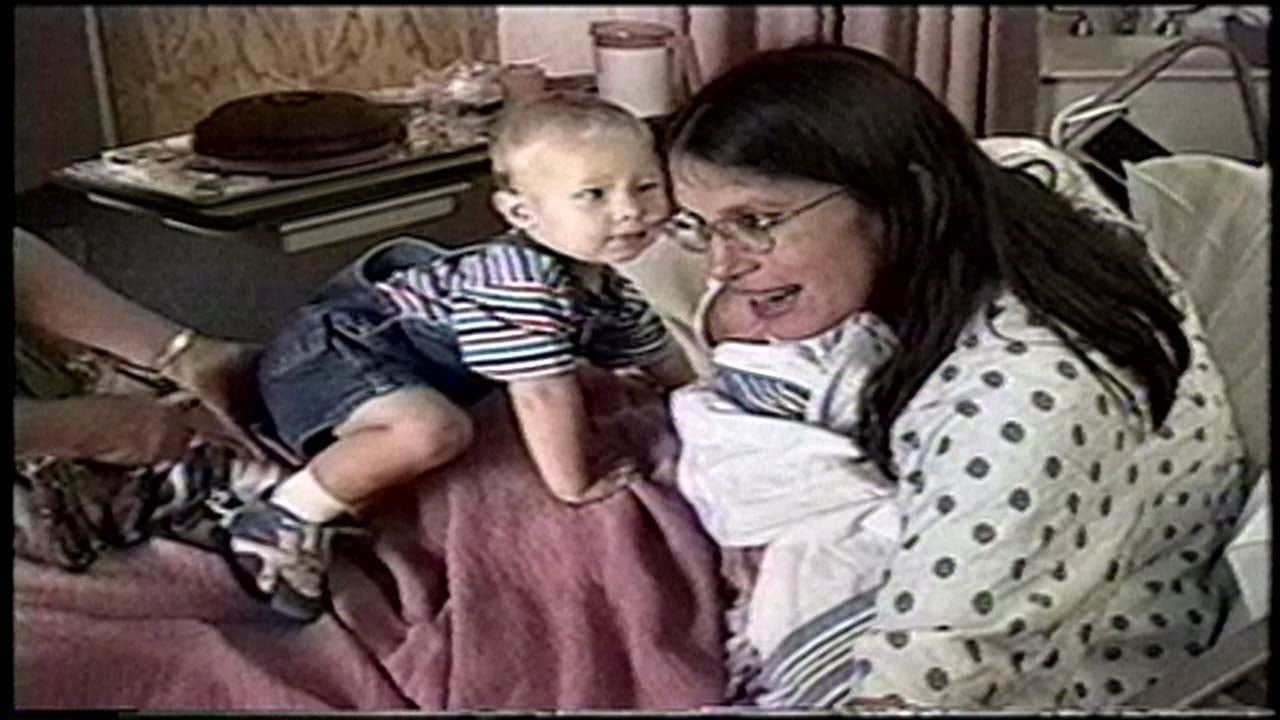 Unknown to Dr. Saeed, Russel had altered the plan. He had started to leave Yates at home for one hour alone at a time in an attempt to slowly build up her independence. Yates’ mother was shocked when she heard of this plan because it was clear Yates was not fit to care for the children on her own. Yates had almost choked their infant with solid food once before, but Russel believed what Yates needed to get better was a little push.

On June 20, 2001, Andrea Yates drowned her five children. She had filled a bathtub with water as soon as Russel left the house. In the hour between Russel leaving and her mother arriving, Yates brought her children to the bathtub one by one and drowned them. The oldest was eight and the youngest still a baby.

She started by drowning her sons Luke, Paul, and John, laying each on her bed once they were dead. Then Yates drowned Mary, her infant daughter. When Noah walked in and asked what was wrong with his sister who was floating in the bathtub limp, Yates proceeded to drown him too. She then calmly called the police and confessed what she had done. Yates was escorted out of the house in a catatonic state by law enforcement. 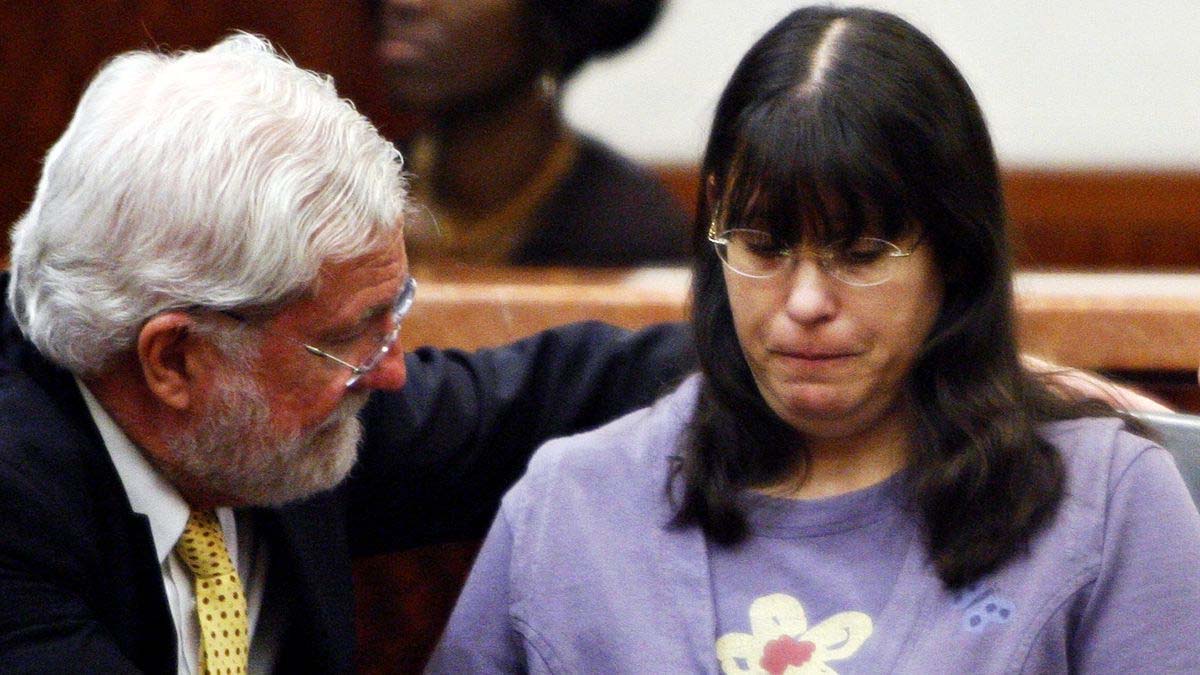 During her trial, Yates’ lawyers would plead not guilty by reason of insanity

Dr. Phillip Resnick examined Yates twice during her imprisonment and testified that Yates faced “a cruel dilemma which turned upside down her sense of right and wrong.” During examination, Yates had told him she believed by killing her children she was saving them from an eternity in Hell. Apparently Yates believed she was a Satanic person and that her evil would pass on to her children if she didn’t do something soon.

One of the prosecution’s expert witnesses testified that Yates had gotten the idea to drown her children from an episode of Law and Order, but this was later disproved by the show’s own producers, who said that such an episode didn’t even exist. One of the sickest things about Yates’ trial was that Russel fantasized about having more children with Yates once she was released (since he believed she would be declared not guilty.) 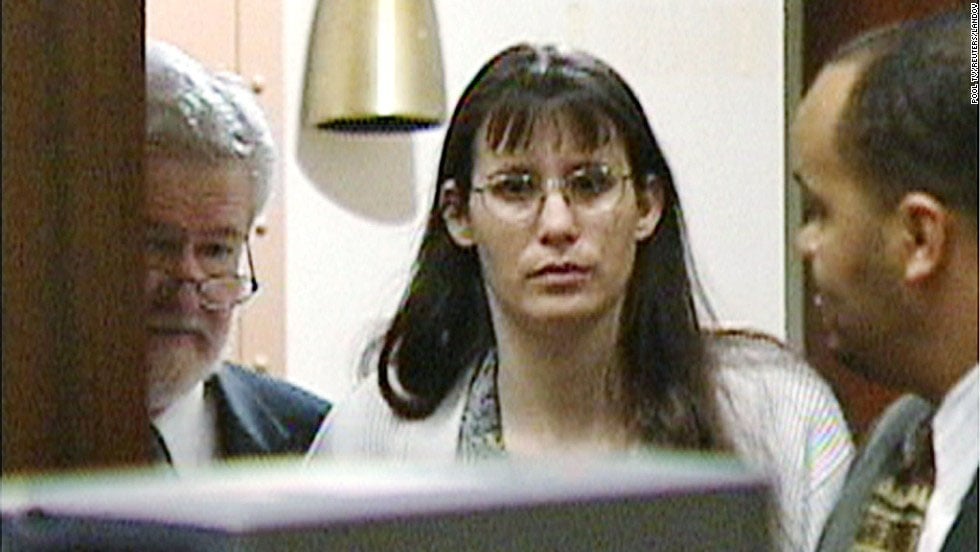 Because Yates hadn’t been declared legally insane she was found guilty of two counts of capital murder and sentenced to life imprisonment on March 12, 2oo2.

In 2002, the Yates Children’s Memorial Fund was established in honor of Yates children and the hope of raising awareness of postpartum depression and psychosis. On January 6, 2005, the Texas First Court of Appeals reversed Yates’ capital murder conviction. It held that erroneous testimony by psychiatrist Park Dietz might have prejudiced the jury. 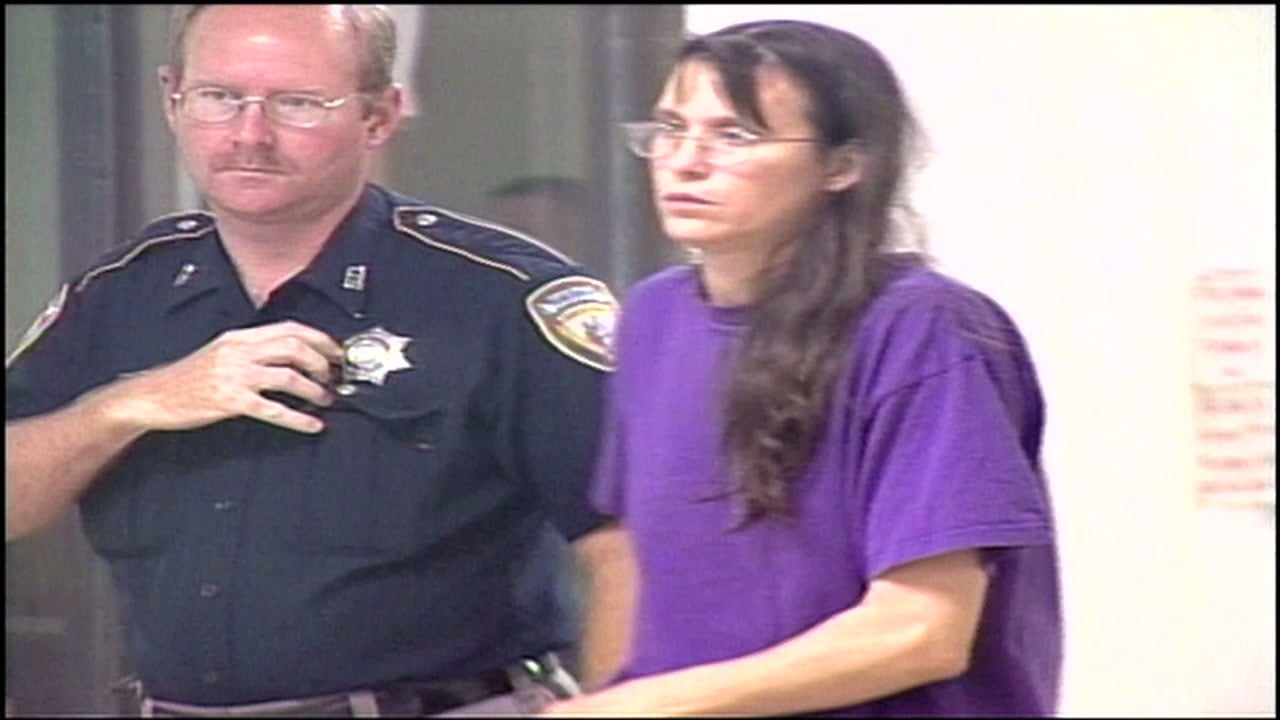 Russel divorced Yates in 2004 and remarried in 2006. He has since been divorced by that wife.

Andrea Yates was featured in CNN’s Crime of the Century and the documentary A Mother’s Madness: Andrea Yates.