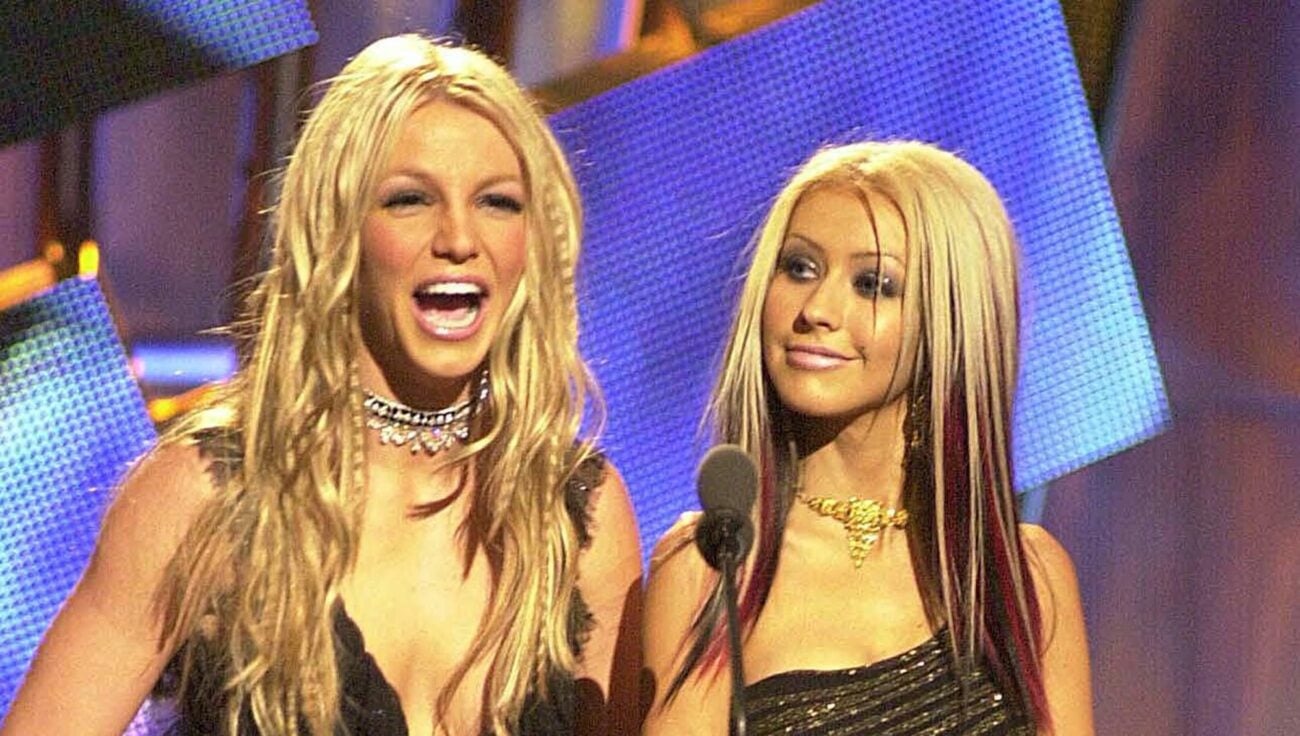 After thirteen years, Britney Spears is finally free of her unjust conservatorship! It’s an event worth celebrating, and many celebrities cheered this excellent news, including big names like Lady Gaga.

However, one was pointedly absent from the discussion until recently: Christina Aguilera. Christina Aguilera & Britney Spears have known each other for a long time, so this came as a surprise to us. What is Aguilera’s history with Spears, and what exactly happened to start the war between them? Let’s review the details together. 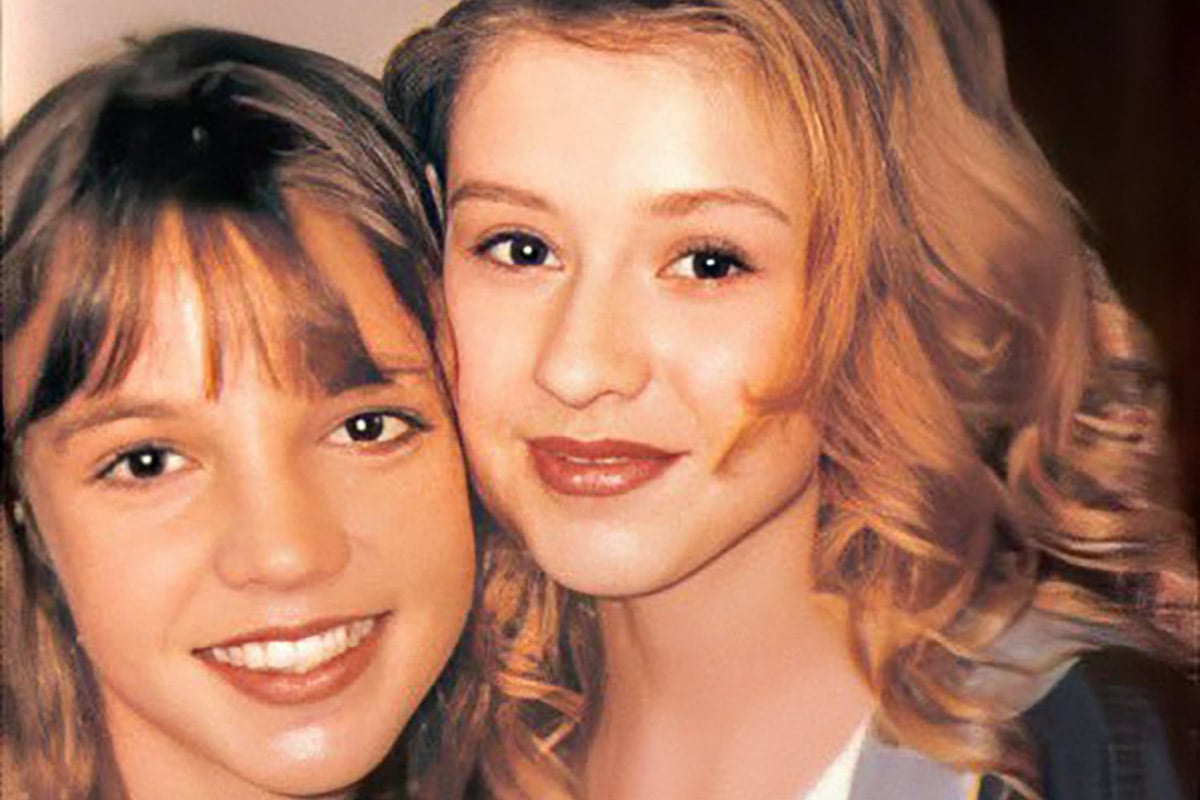 Christina Aguilera & Britney Spears have a rich history. They first met as young children in the early 1990s, on The All-New Mickey Mouse Club, a Disney revival show that featured many pop stars of the time, from Justin Timberlake to Chase Hampton. It was a variety program with sketch comedy acts & musical performances.

Spears started her career in the late 1990s & early 2000s. By then, Aguilera was also starting her career proper—she had begun as a child star but turned to pop music in 1999. Christina Aguilera & Britney Spears released big hits during that time and sold record-smashing albums. They would even perform together from time to time, with their kissing of Madonna being the most notable instance.

Then things went downhill for Spears. In 2007, she was in a series of controversies and lost custody of her sons. In January of the following year, she refused to give up her kids and was hospitalized after she appeared to be on drugs. An emergency hearing occurred, and the courts suspended Spears’s visitation rights. She was then committed to a psych ward and soon placed under her father Jamie’s conservatorship. 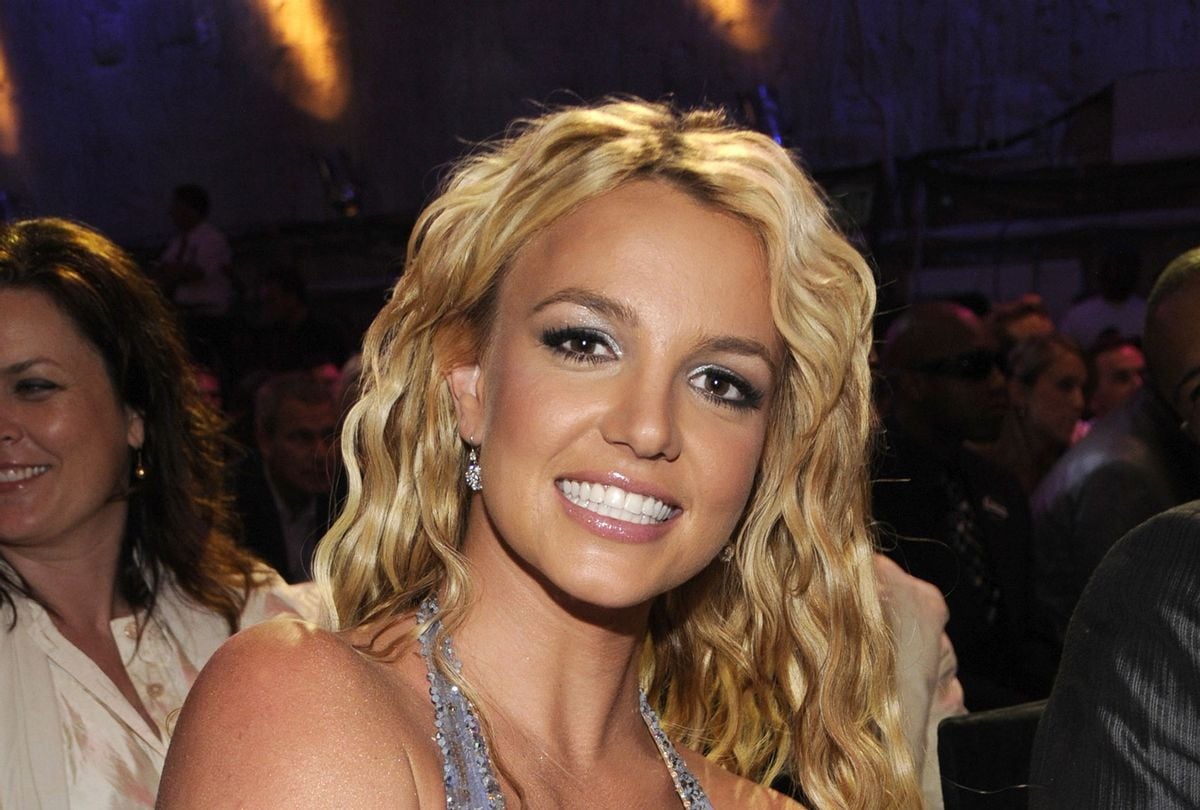 Aguilera, meanwhile, was thriving. Her 2006 album, Back to Basics, was a monster hit, and in January 2008, while Spears’s life was going downhill, Aguilera birthed her first child, Bratman. Christina Aguilera would then continue to make music and sell countless records. Spears’s career had starts & stops after 2008, and the conservatorship turned into a battle that lasted over a decade.

Christina Aguilera & Britney Spears are two pop stars that debuted side by side, with very similar images & styles. One can’t help but compare the two of them, and it’s sad that things went so wrong for Spears. But what happened with her conservatorship? Let’s dive into it. 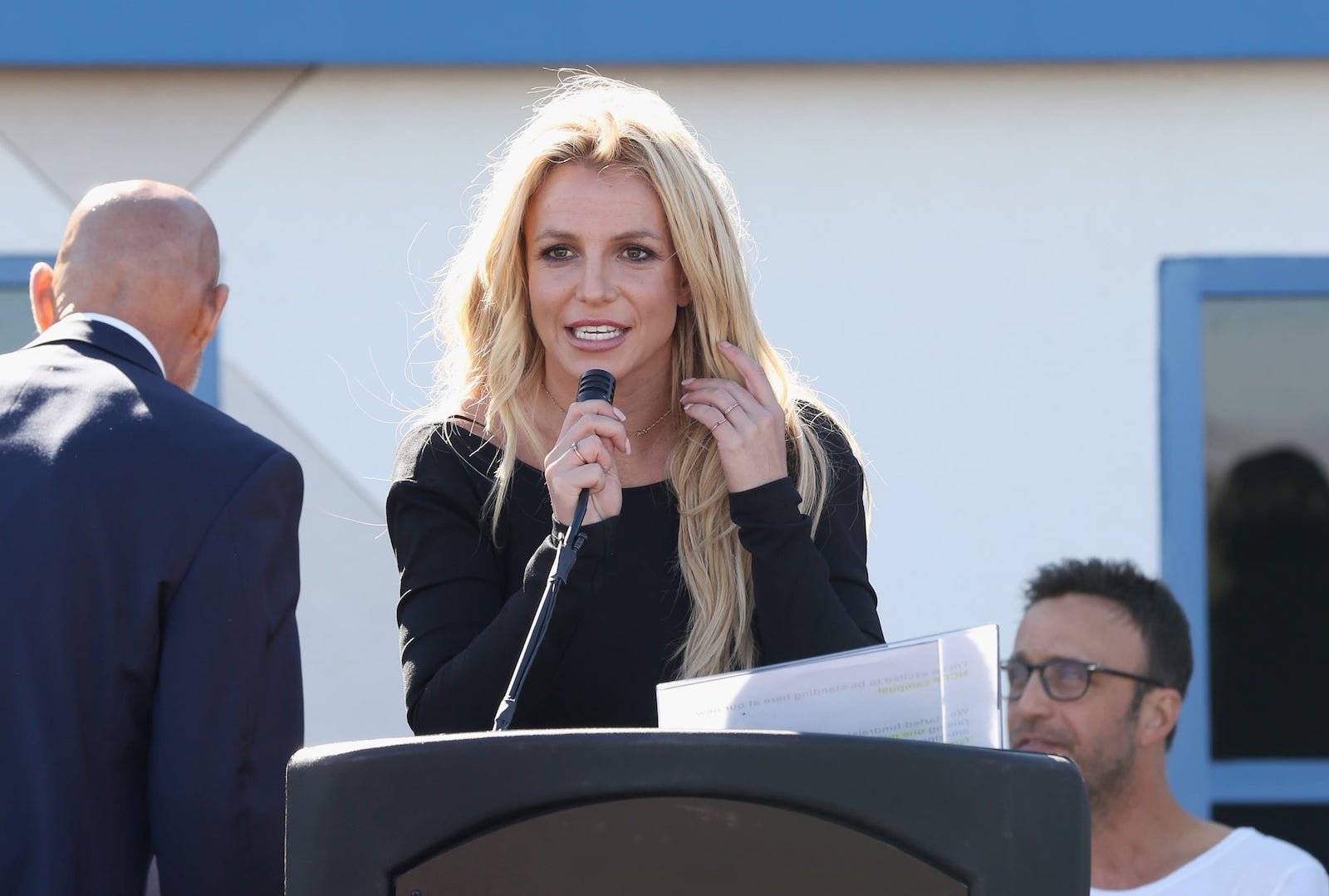 Britney Spears had been fighting to get out of her conservatorship for years, but in 2019, her battle caught the attention of the public. It was discovered that the conservatorship was supposed to end in 2009 and that her father had been holding her in a psych facility against her will. This angered many fans and brought the #FreeBritney campaign into the limelight. Celebrities also spoke out in Spears’s support.

Jamie Spears dismissed the #FreeBritney movement, but it blazed on, and Spears had numerous court appearances discussing whether the conservatorship should end. In June of 2021, through New York Times reporting, new revelations were unveiled about Britney calling the conservatorship “abusive”, discussing the trauma she had experienced. This started the hashtag #BritneySpeaks as people talked about these details.

After more legal battles, Jamie Spears finally submitted, and said in August he would step down, but said he wanted a “new conservator”. The next month, he submitted documents to the court to end the conservatorship, and later in September, the conservatorship was suspended. Then, on November 12th, 2021, it was finally ended. This brings us to what happened between Christina Aguilera & Britney Spears. 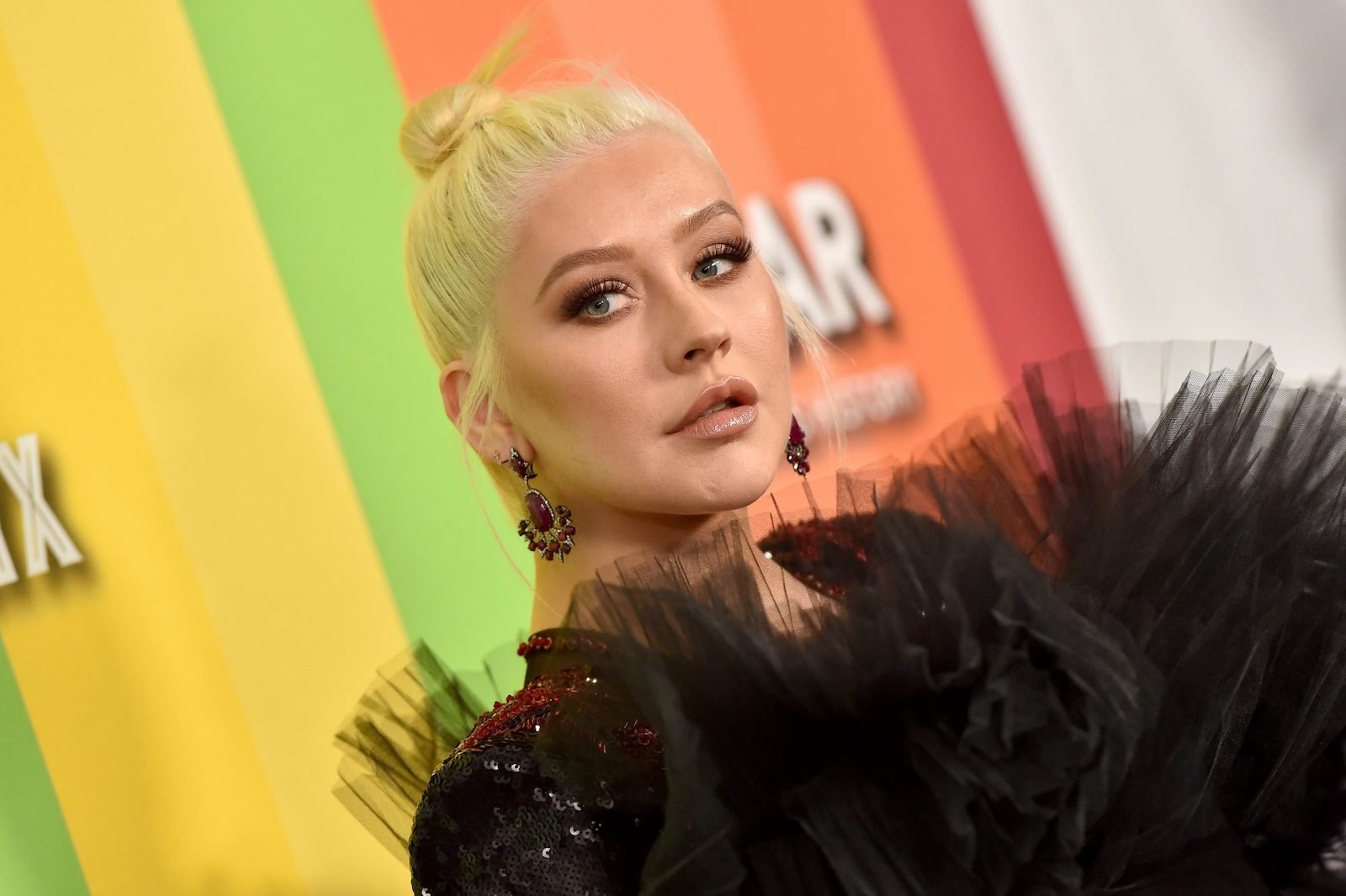 On November 19th, 2021, Aguilera attended the Latin Grammys, promoting her second Spanish album. Her first one, Mi Reflejo, came out over twenty years ago, so many were excited to see her coming out with another. However, during an interview with several reporters, one asked, “Have you had any communication with [Britney Spears]?”

Immediately someone who appeared to be Aguilera’s publicist stepped in, saying, “No, we’re not doing that tonight, I’m sorry. We have to go, bye!” He led Aguilera away from the microphones, but not before she said, “I can’t [talk about this right now], but I’m happy for her!” as she walked off. Spears took the interview clip that was filmed and posted it on her Instagram story, saying the following:

“I love and adore everyone who supported me. . . But refusing to speak when you know the truth, is equivalent to a lie!!!! 13 years of being in a corrupt abusive system yet why is it such a heart topic for people to talk about??? I’m the one who went through it all!!! All the supporters who spoke up and supported me thank you. . . Yes I do matter!” After the video of Aguilera, Spears put a video of Lady Gaga supporting her. 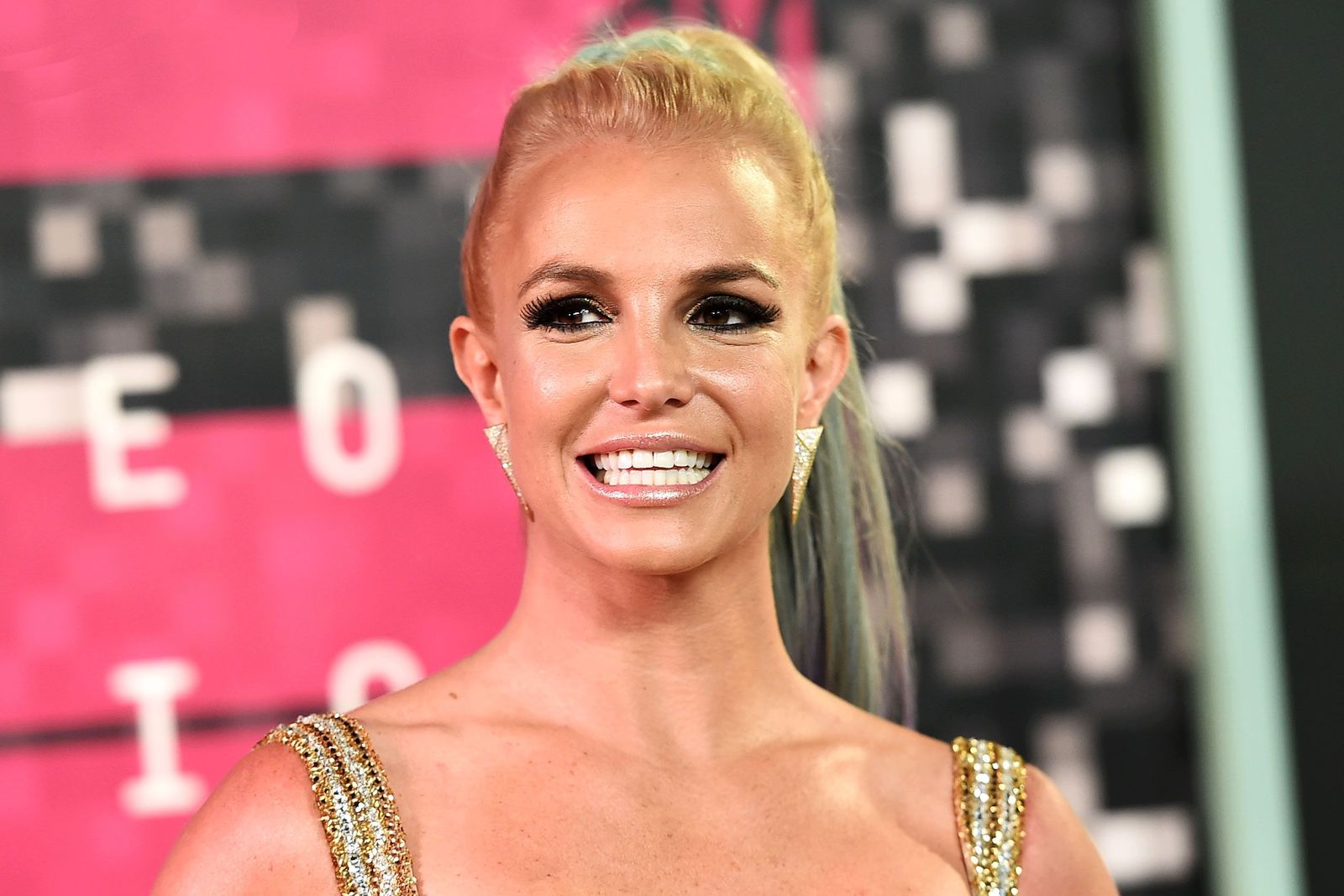 While it is true that Aguilera did support Spears on Twitter previous to this, it seems that the interview clip really struck a nerve for Spears. According to Hollywood Life’s sources, the callout “genuinely surprised” Aguilera, and now, “Christina would like to have a private chat with Britney to settle some issues that still clearly lie.”

Will Christina Aguilera & Britney Spears make up, or will the rift between them only widen? We’ll have to see how that “private chat” goes. What are your thoughts on this feud? Let us know in the comments!