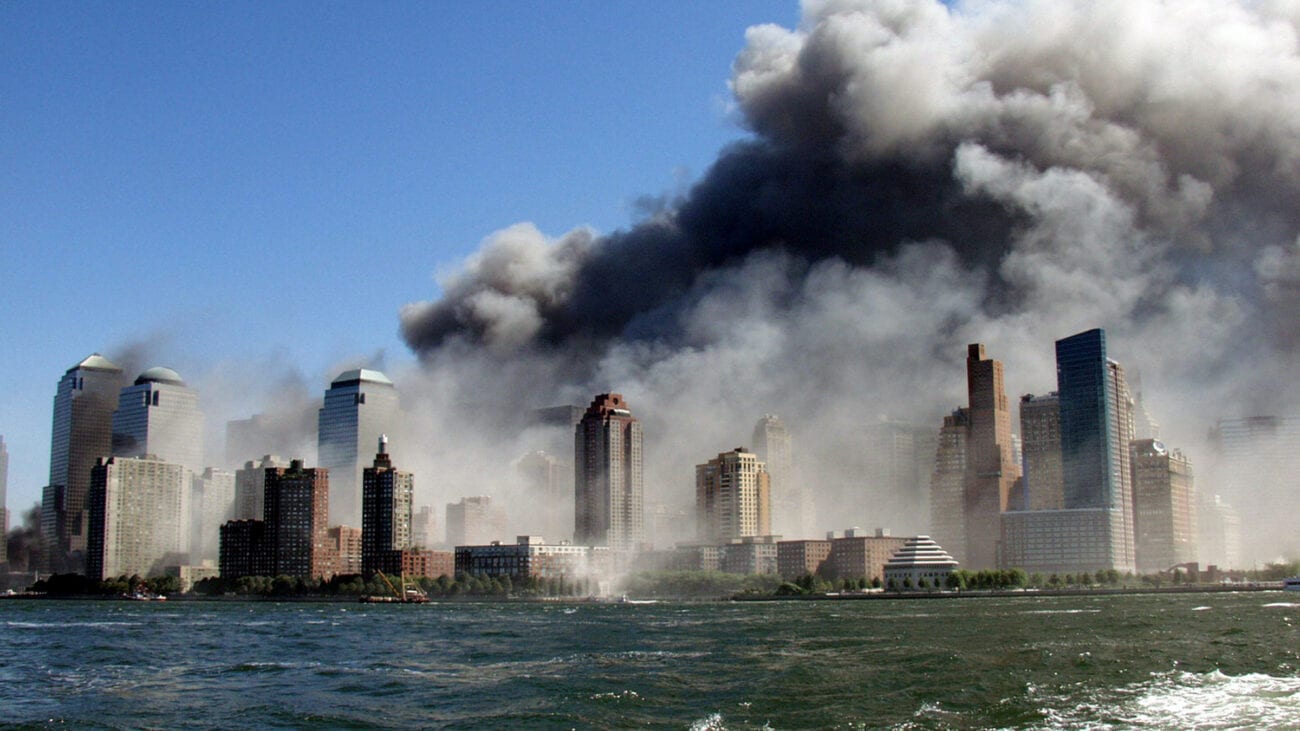 Pro-tip: if you’re going to do a tribute to the victims & survivors of the 9/11 terrorist attacks, don’t use planes. On September 11, 2001, hijacked planes crashed into the World Trade Center & The Pentagon. One crashed near Camp David after passengers overtook the hijackers in a heroic effort to stop them.

The victims’ families, members of the NYPD & FDNY, and first responders who served on 9/11 will forever live with the horror of that day. Generations who were alive on 9/11 will always remember where they were and what they were doing when they heard about the attacks.

Whether they were at work or school, the day that the largest terrorist attack on U.S. soil was carried out will live in infamy, like Pearl Harbor or the Kennedy assassination for generations before. So it’s important to get a tribute right and not reopen a wound in the process. However, some people still didn’t get the memo. 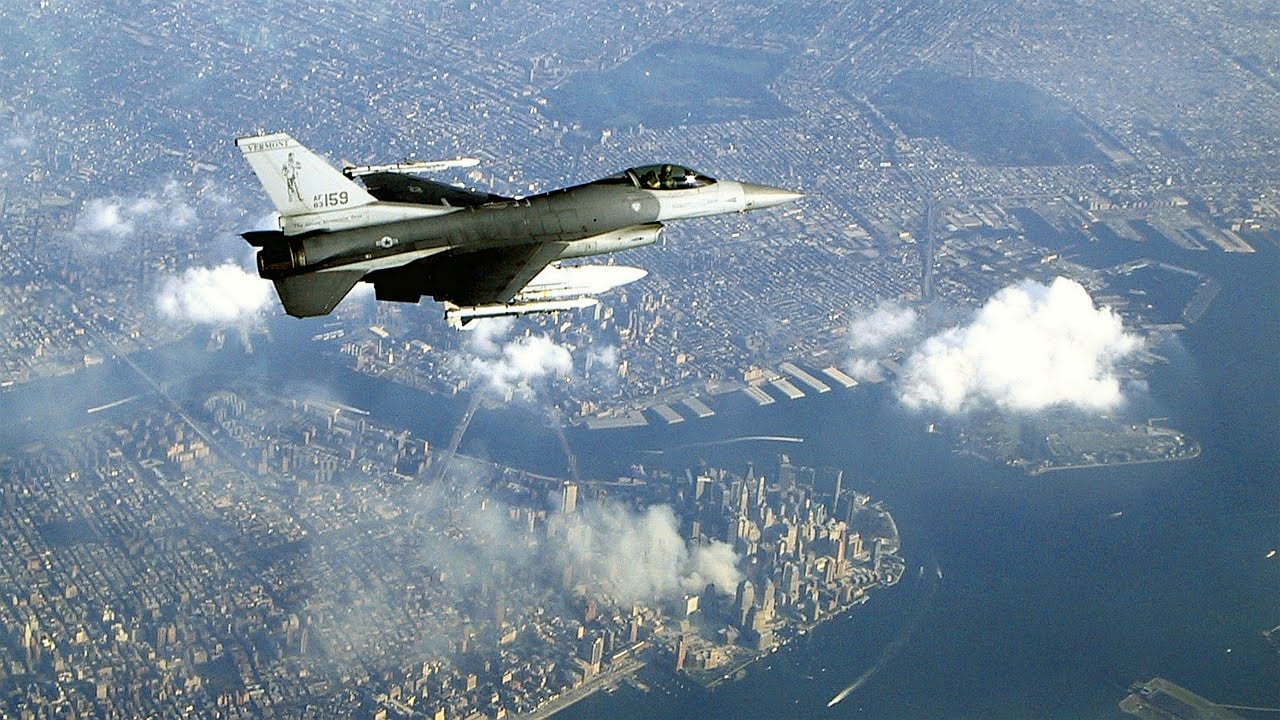 Here’s a tasteless idea: honor the victims of a terrorist attack involving hijacked planes with a low-flying plane over the Hudson River. However, a planned military flyover to “honor the victims” was still scheduled for September 11, 2020.

After New York City officials announced that an F-18 fighter jet would fly over the Hudson River at 3:30 on Friday, massive backlash ensued. Staten Island representative Max Rose blasted the idea in a tweet. “Are you out of your mind? Cancel this immediately,” he said.

We all remember not only the original hijacked planes but also the fighter jets on 09/11. This is literally like tearing open a closed scar until it bleeds again just so you can throw some salt on it.

Many New Yorkers were unhappy, considering the idea tasteless. One resident, Michael Henry called it “a crappy idea”. Another man called the decision “tone-deaf”, tweeting “PTSD is real, and this will definitely trigger some people.”

Many New York City residents were traumatized after 9/11. A low-flying plane in New York would be a massive trigger for someone who lived through the attacks. Also, fighter jets were dispatched to intercept Flight 93, the plane that crashed near Camp David, so the fighter jet would spark other horrible memories from that day.

The flight was being conducted by the U.S. Navy, who didn’t initially return comment. We’re wondering who thought this stupid idea was a good way to honor people on 9/11 and whether they’ll keep their jobs much longer. Thankfully, due to the backlash, the event was canceled.

However, this wasn’t the first tasteless “tribute” to the 9/11 attacks ever. Let’s take a look at some other distasteful ideas. 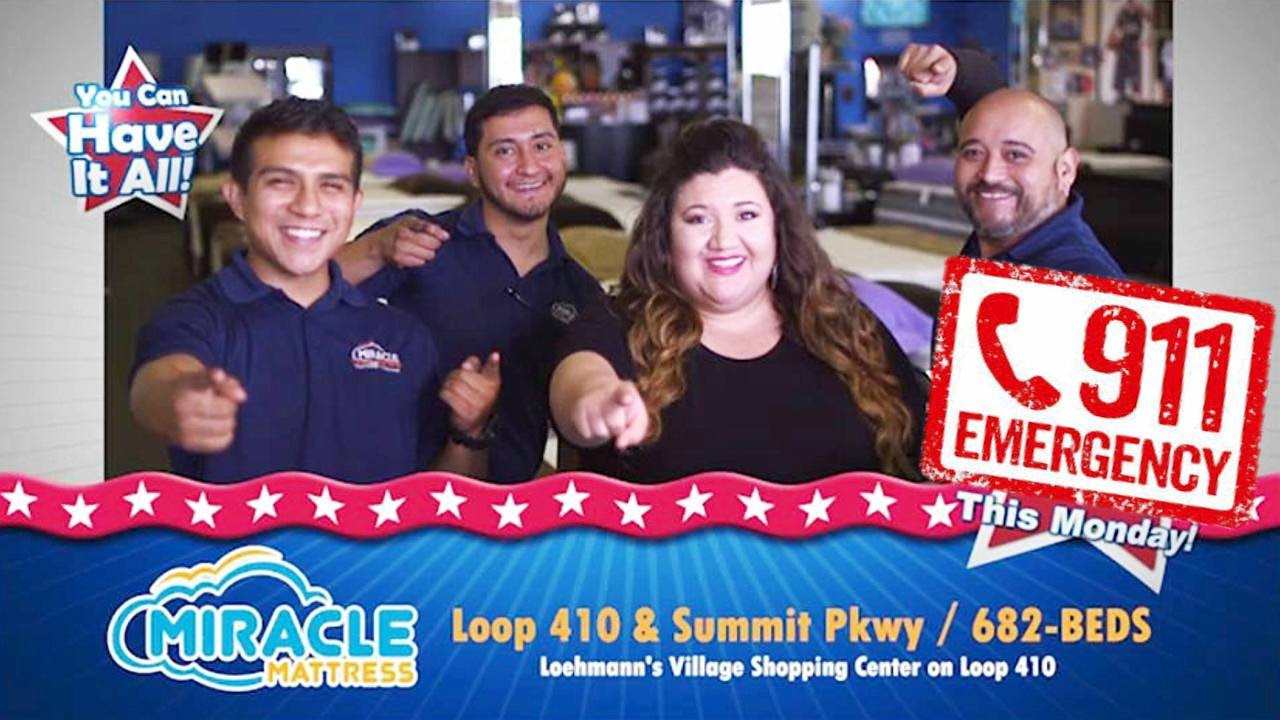 To commemorate the fifteenth anniversary of the 9/11 terrorist attacks, Miracle Mattress thought it would be a good idea to recreate the attacks using their mattresses. Worse, they were promoting a “twin towers” sale to capitalize on the day. After a swift backlash, they apologized & closed their doors indefinitely.

“What better way to remember 9/11 than with a twin tower sale?” Miracle Mattress manager Sherise Bonanno chirped on her tasteless ad. “Right now, you can get any mattress for a twin price!” The commercial ends with two guys crashing into mattresses stacked like the World Trade Center. 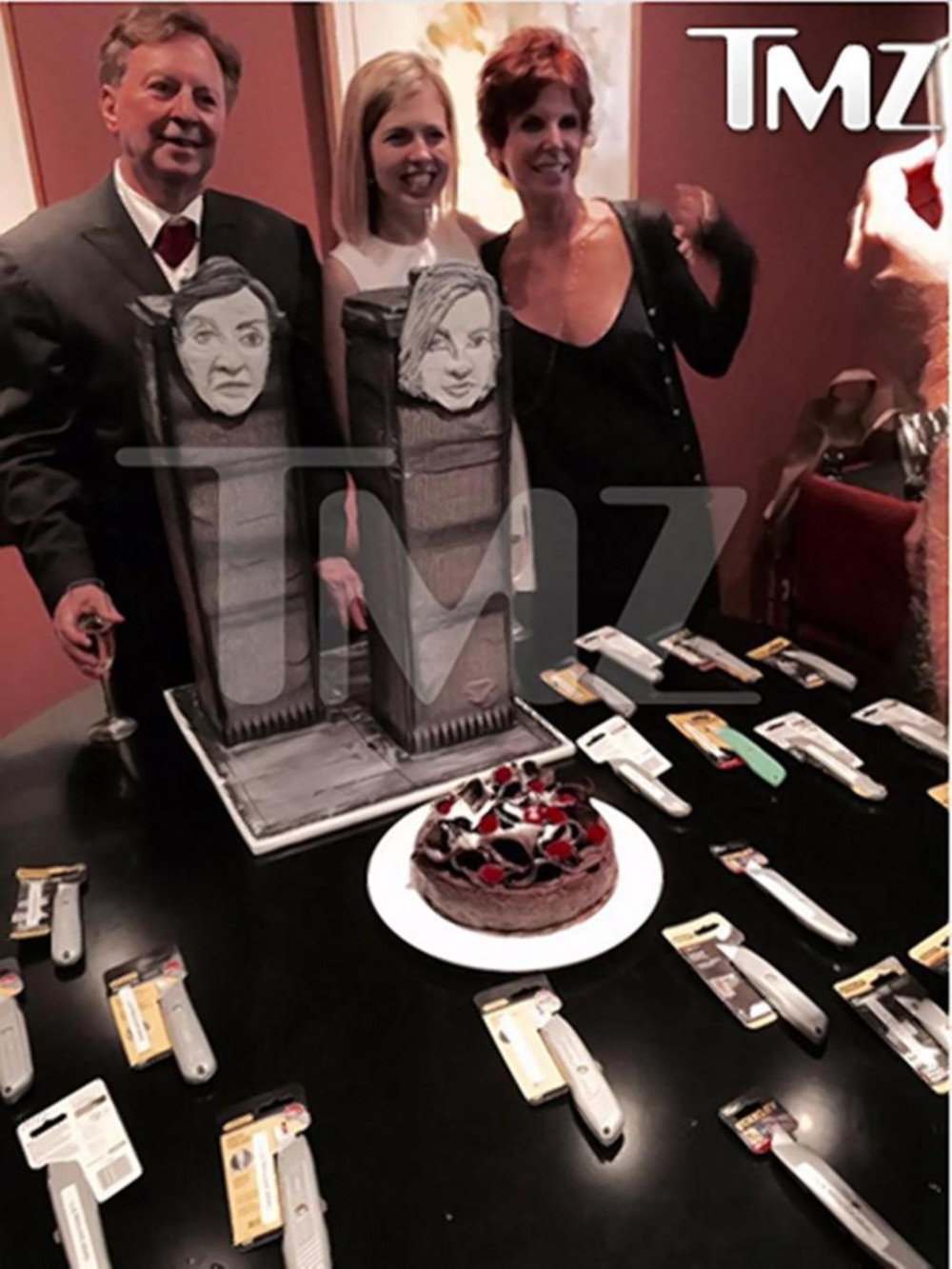 Through the years, we’ve had not one, but two distasteful 9/11 cosplays. The first was in 2015 when a couple had a 9/11 themed wedding. One of these people was Jerry Casale, Devo’s co-founder, singer, and bassist. The nuptials came with a wedding cake of the World Trade Center with the bride & groom’s faces on it.

However, the guests didn’t seem fazed. “Jerry has real heart as an artist, and is a super sweet guy,” one guest said. Casale is known for his strange sense of humor, as evidenced by box cutters on guest place cards for some reason. 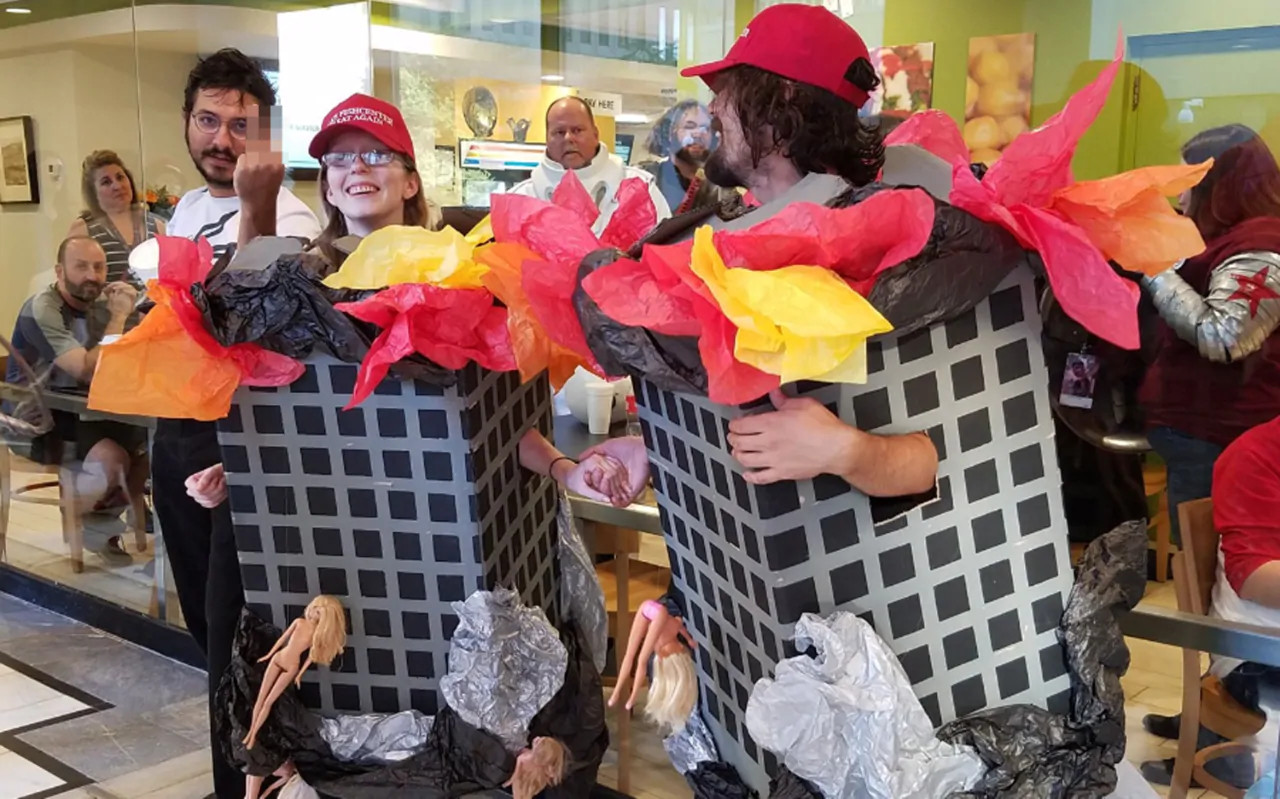 The second was a couple at Dragon Con in 2016, who thought it would be a good idea, since Dragon Con was on the fifteenth anniversary of 9/11 that year, to dress up as the flaming twin towers, complete with Barbie dolls representing “the jumpers.”

The jumpers are people who were trapped above the crash site who jumped out of windows after it was apparent they wouldn’t be rescued (they waved out of their windows before jumping, signaling for help). The people trapped above where the planes hit had two choices: jump, or wait to die in a crumbling building. 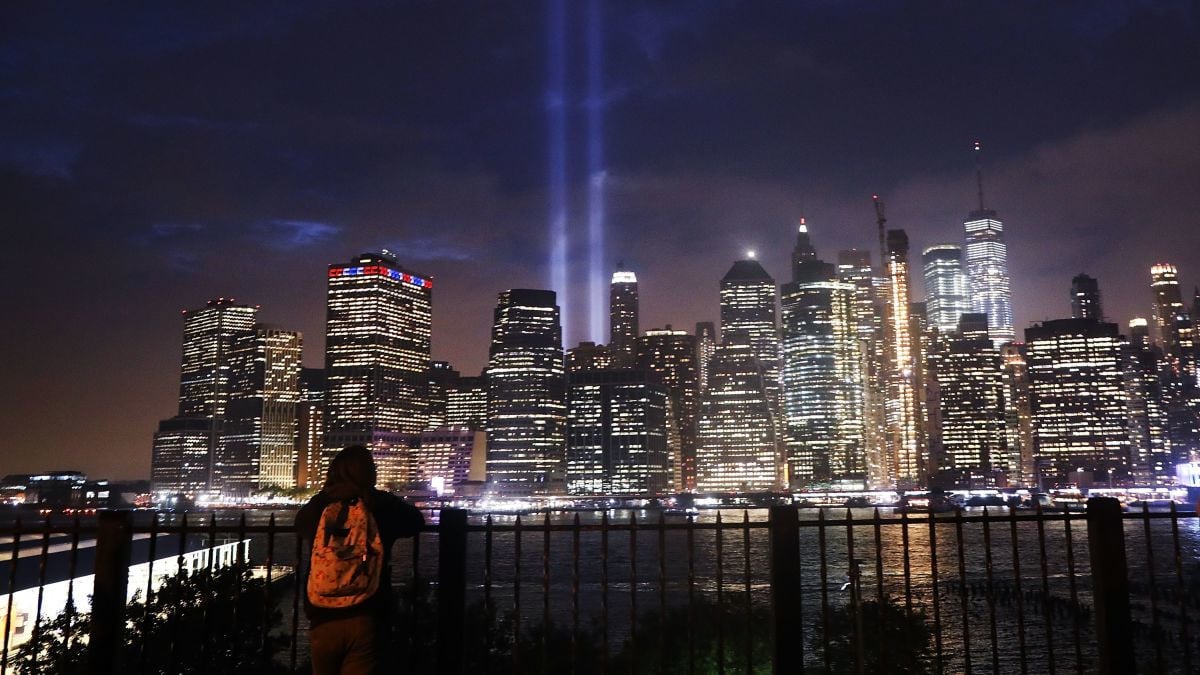 Making a costume out of one of the most chilling aspects of 9/11 is just wrong, needless to say. Dragon Con officials agreed and dispatched security to escort the couple from the building & take their badges. However, they only stayed an hour outside, so they weren’t apprehended.

“Based on other photographs we have seen, we do not believe that these individuals were members of Dragon Con, meaning that they had not purchased badges that would have allowed them to enter the convention,” the official statement elaborated.