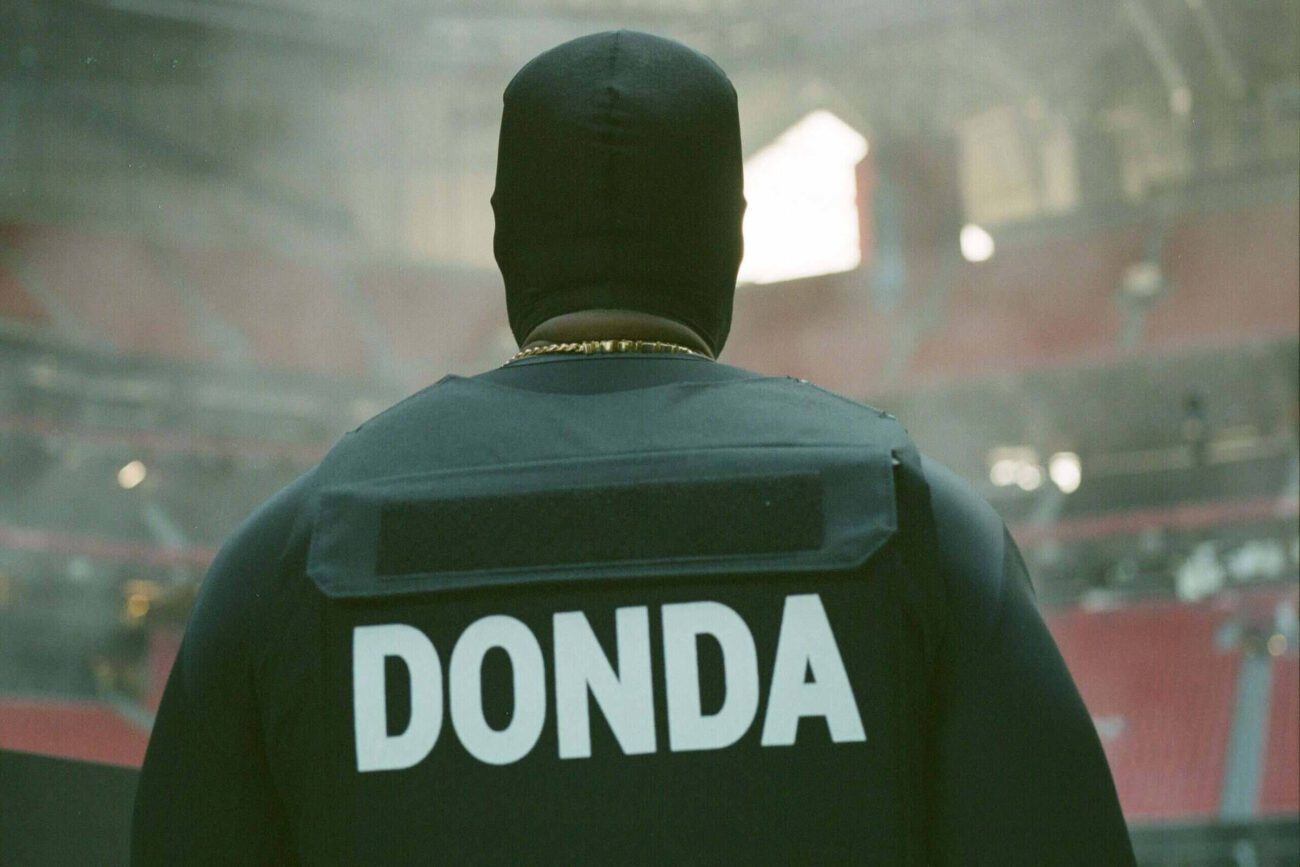 Kanye West is known for ensuing major hype around his upcoming album releases, and in true fashion, he did just that at his third & final listening party on August 26th, 2021. He went all out at Chicago’s Soldier Field stadium, with a bevy of eyebrow-raising guests in tow. While he didn’t actually drop his much-anticipated album that night, he made sure the show was entertaining & memorable.

There was much anticipation for this event, as West had already held two previous listening parties at Atlanta’s Mercedes-Benz Stadium. While there were standout moments during his first two listening parties, nothing could prepare fans for his final act.

So, we didn’t get a personal invite, but we have all the info on what happened, who was there, and why West’s final listening party was his most controversial. 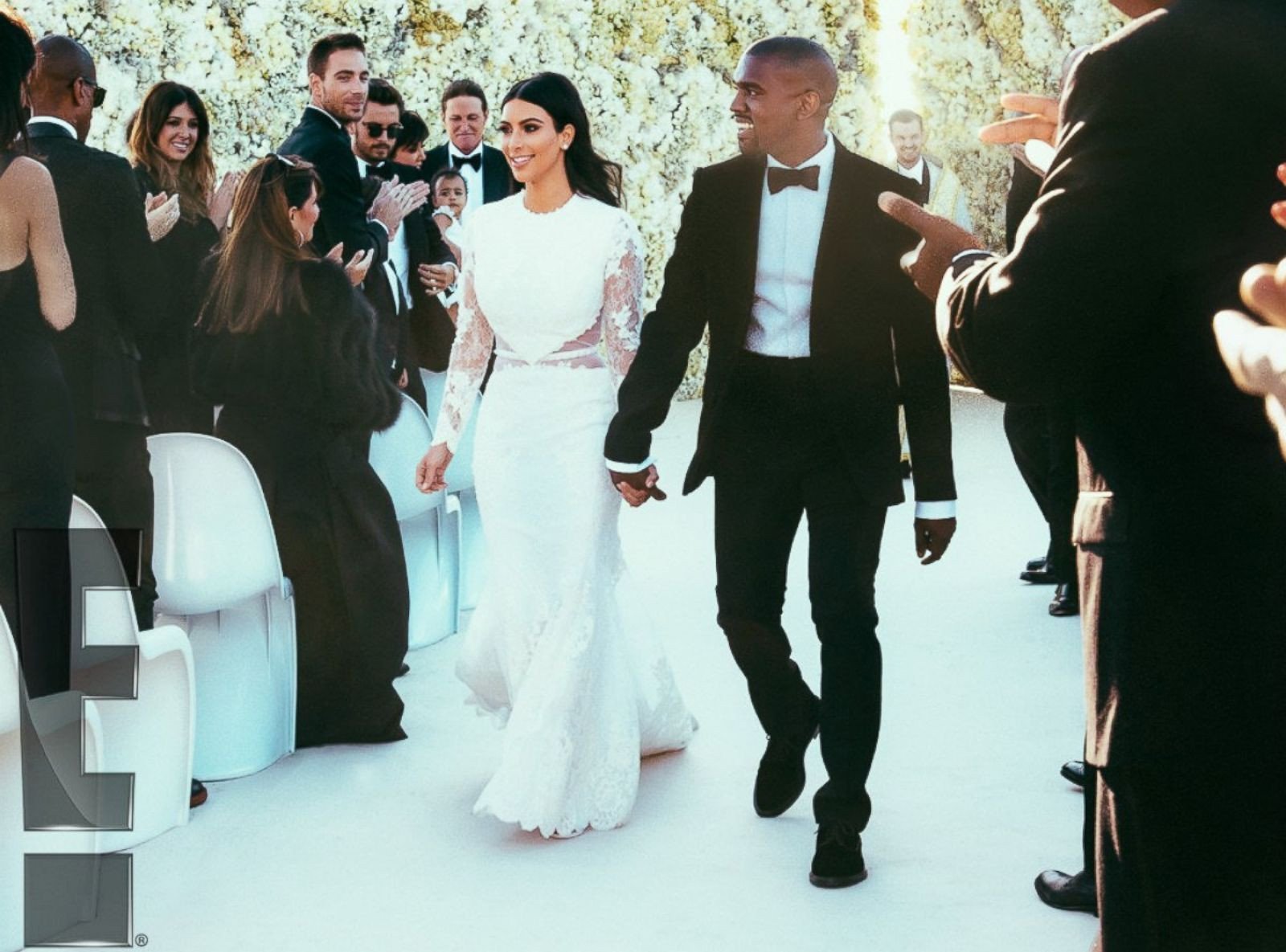 There was plenty of nostalgia during the listening party, and although all of Kanye West’s guests were a surprise, there was one in particular that stood out. West’s creative juices led him to include his soon-to-be ex-wife, Kim Kardashian West.

Kardashian West can be seen sashaying onto the stage in an all-white wedding gown during the listening party. Knowing West, people speculated their divorce was null, and they were about to recreate their 2014 nuptials. 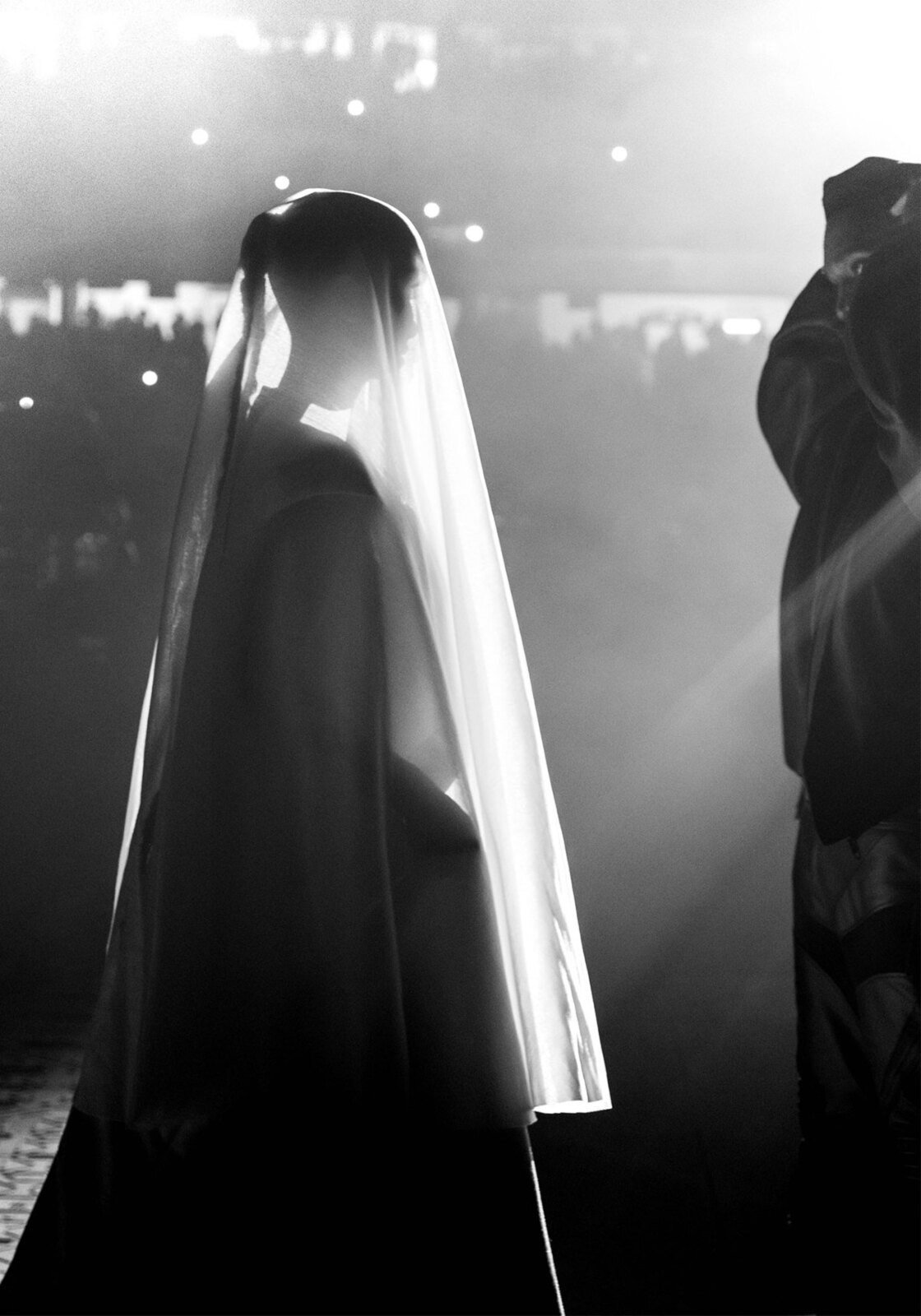 It’s not that much of a reach West would include his baby mama, as they have a long history with one another, but it’s a little shocking since he moved on so fast with model Irina Shayk. The word is, Kanye & Kim are still moving forward with their divorce, but Kim still wanted to be there for support.

According to a source, when West asked Kardashian West if she’d be a part of this special event, she was “happy to do it for Kanye and the event, which was so important to him.” Does this mean there’s a shred of hope the two will get back together? The future is unclear, but the moment was a touching gesture. 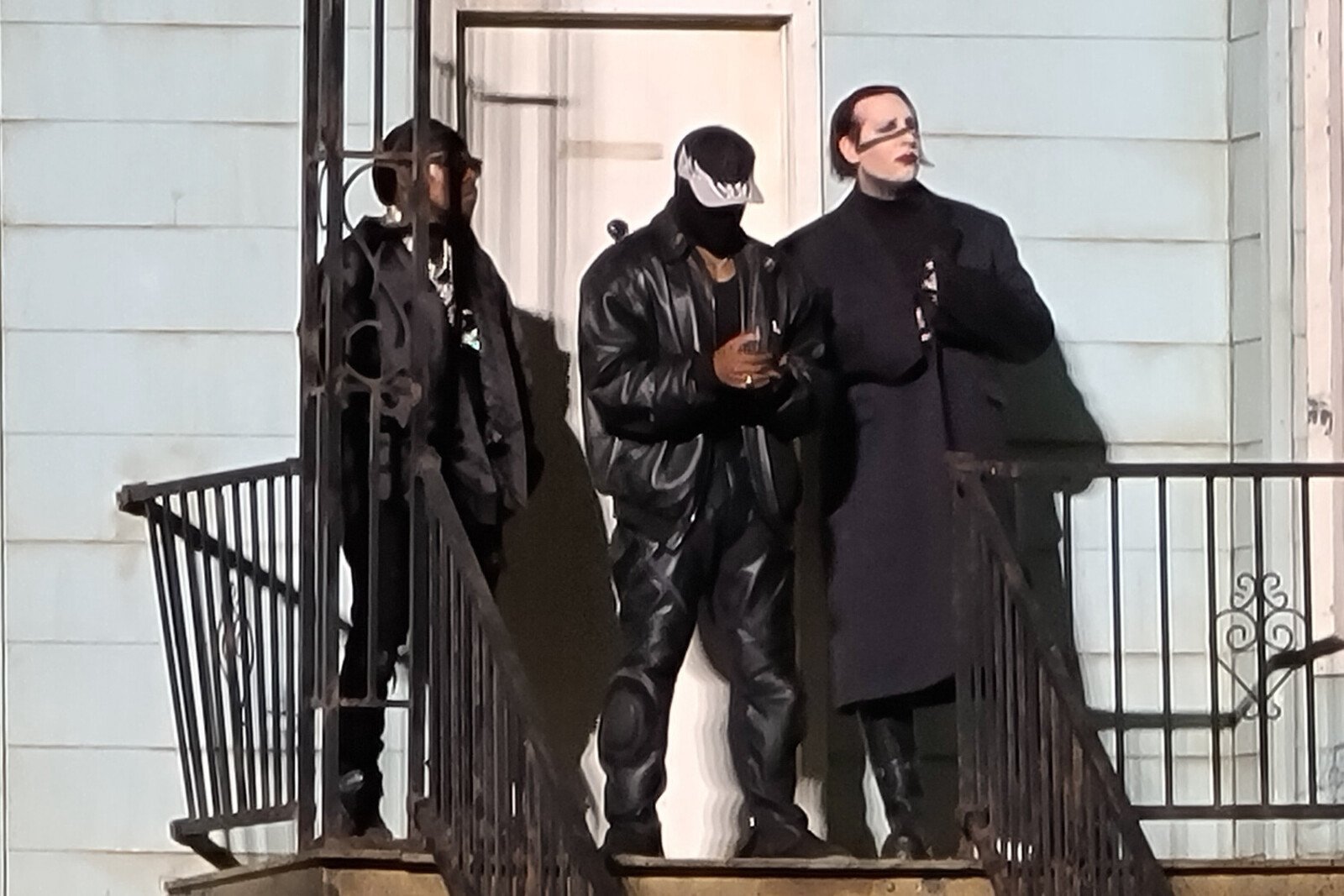 Kim Kardashian West’s appearance was crazy enough at the Kanye West Donda listening party, but leave it to West to push the envelope much, much further. While Kardashian West proceeded on stage, rapper Da Baby & shock rocker Marilyn Manson (Brian Hugh Warner) could be seen hanging out on the stoop of West’s recreated childhood home.

Anyone not living under a rock knows Da Baby (Jonathan Lyndale Kirk) recently made headlines for the homophobic & misogynistic comments he made during his performance at July’s Rolling Loud Miami event.

Manson recently landed himself a one-way ticket out of the music industry when multiple women came forward and accused him of r*pe & assault. While Da Baby & Manson merely stood by and watched the show, it was bizarre they were even there in the first place.

To cap off the night of shocking appearances, Kanye West decided his Donda listening party needed a bit of spark, literally. West lit himself on fire during the second half of the show, which is hard to wrap your head around if you weren’t there. Even though he willingly chose to do this, it was all a part of a stunt, leading to the replica of his childhood home catching fire as well. 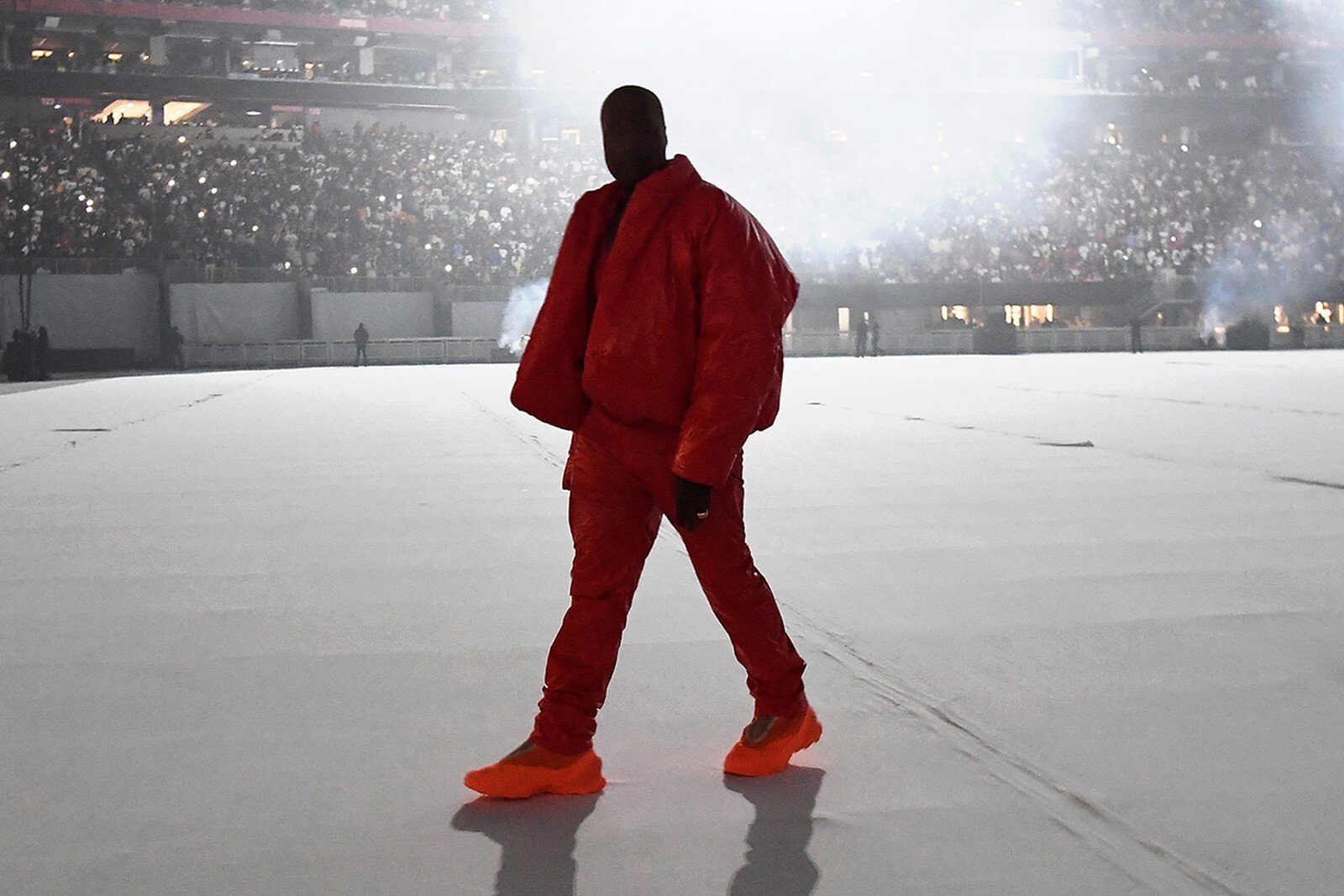 After all the commotion, fans worldwide were let down when Kanye West suddenly made his exit off-stage. Yep, that’s right, while chaos continued on stage, West decided to simply leave and not release his much-anticipated album. Luckily, two days later, he dropped his tenth album on August 29th, 2021.

By now, it’s apparent West likes to ruffle feathers, and by the looks of the events that unfolded at the third Kanye West Donda party, the rap legend is back and isn’t about to leave anytime soon.

What do you think of Kanye’s new album? Let us know in the comments below! 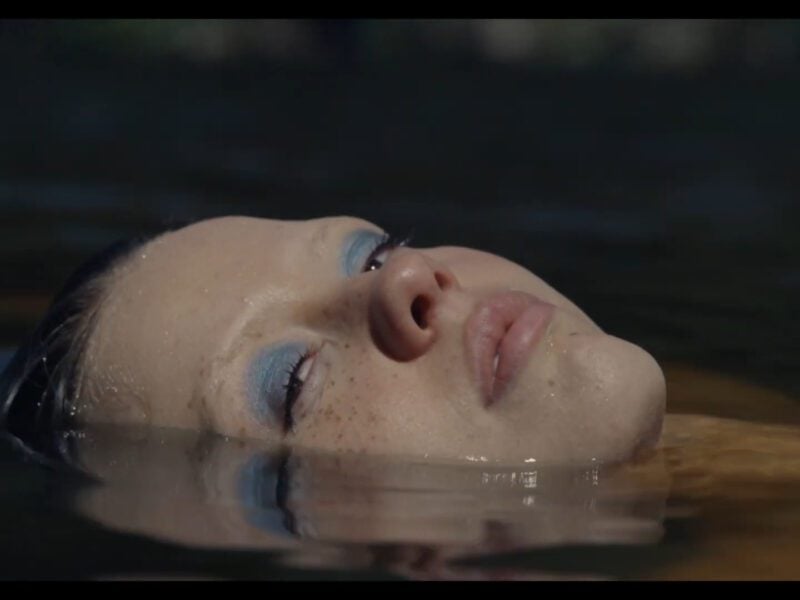