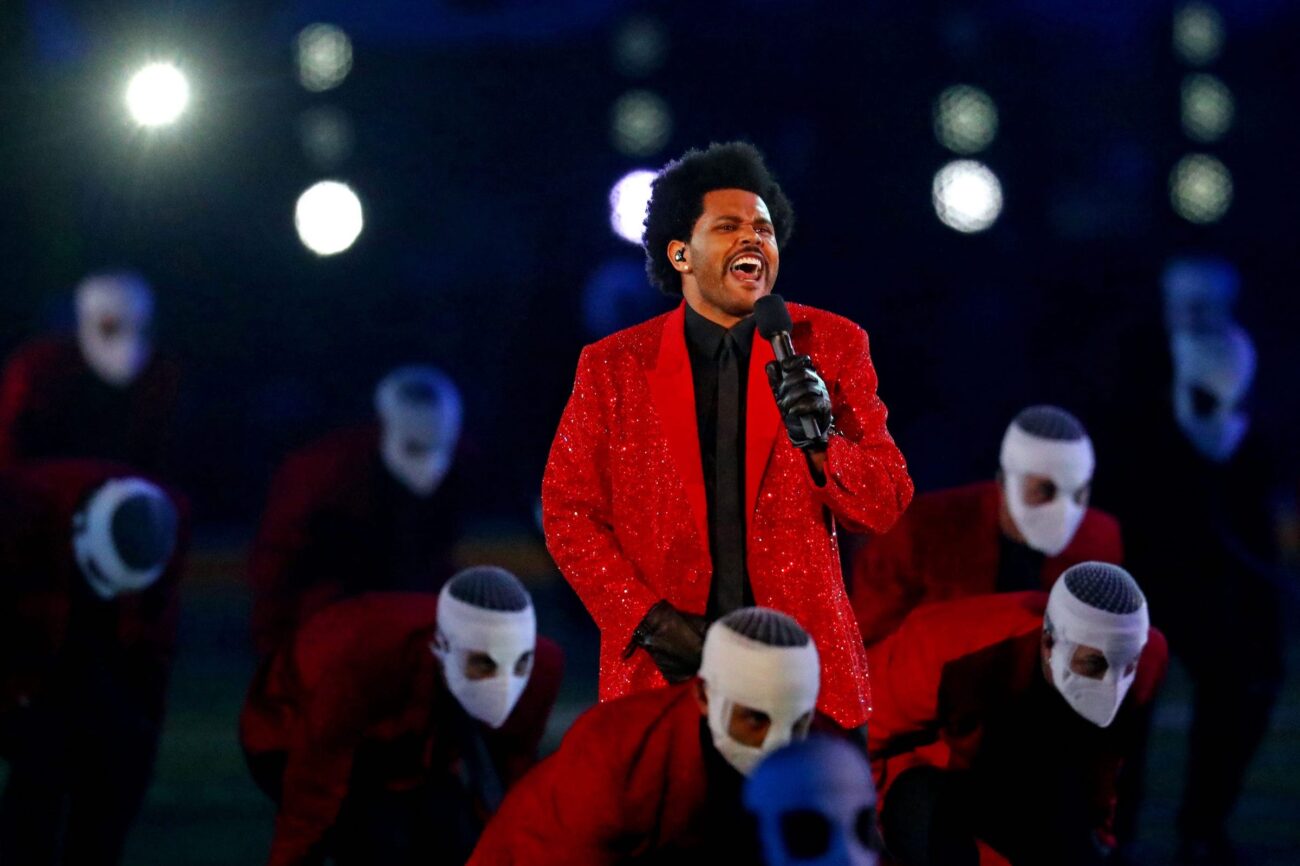 Blinding Lights: Why did The Weeknd’s dancers wear face bandages?

The Weeknd has had a steady stay in the headlines over the past year, and he’s kept his place there with his ever-changing look. The “Blinding Lights” singer has risen to A-list status after humble beginnings as an underground legend when he came onto the scene back in 2010.

You don’t get a much higher honor than exclusively headlining the Super Bowl halftime show, and there’s little else that will cement your status in superstardom. The Weeknd blew audiences away with his performance this past Sunday, in what became the culmination of a controversy about The Weeknd’s look that’s been growing over the past year.

The Weeknd showed up to nearly every major music awards show over the past year, and each appearance came with a story about the “Blinding Lights” singer & his ever-changing look. 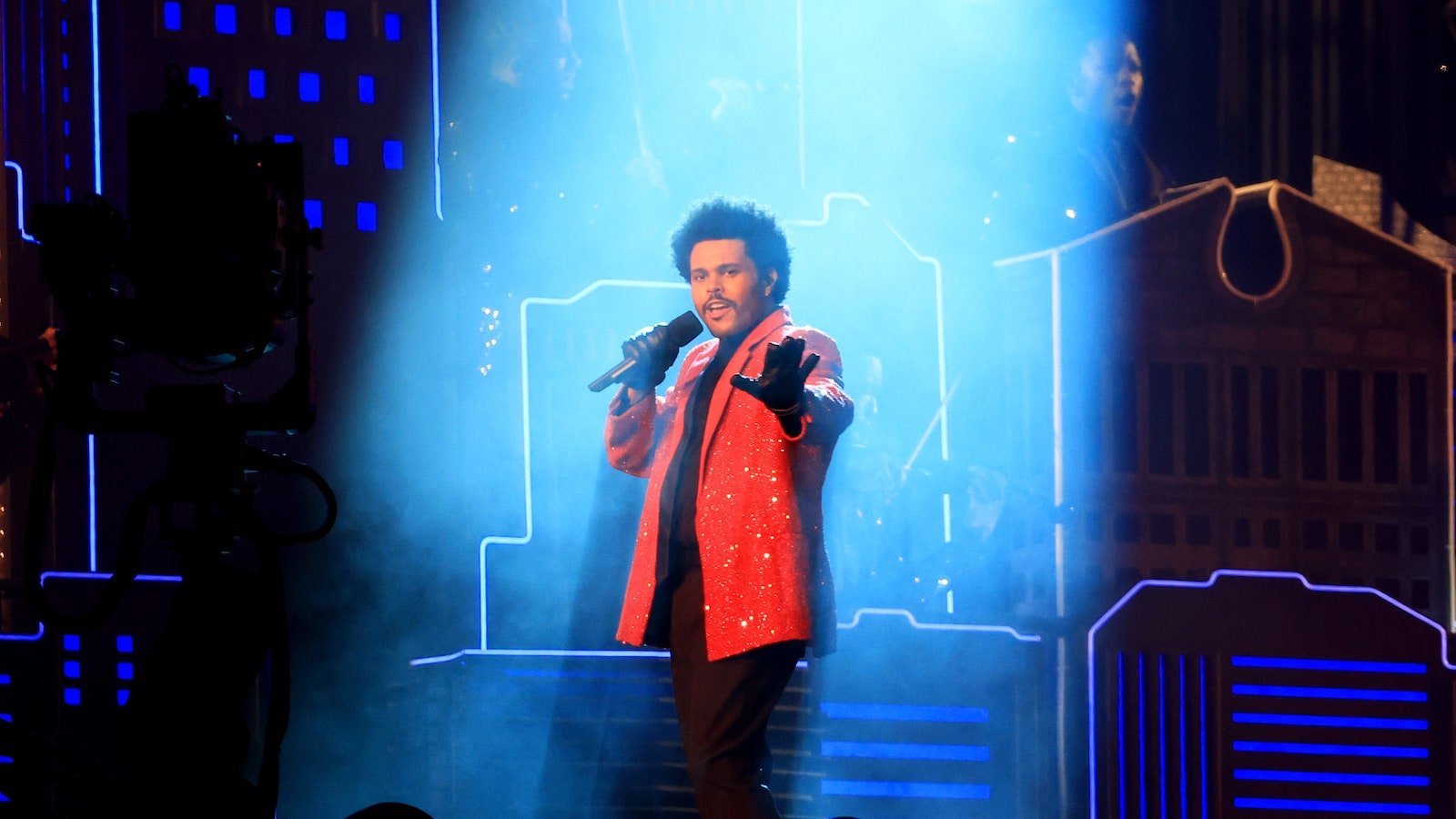 It all began back in March 2020 when The Weeknd performed on SNL; the singer appeared to have a beat-up face when he performed “Blinding Lights” & “Scared to Live” on the show, which sparked the beginning of fans’ confusion as to what the heck was going on with the beloved pop star.

Was The Weeknd hurt, or was the look part of a conceptual project for the artist? We’d soon gain some more clues when the pop star appeared at the 2020 MTV VMAs this past August. The Weeknd appeared on the red carpet in a similar look, this time with a more battered face and what appeared to be two black eyes. 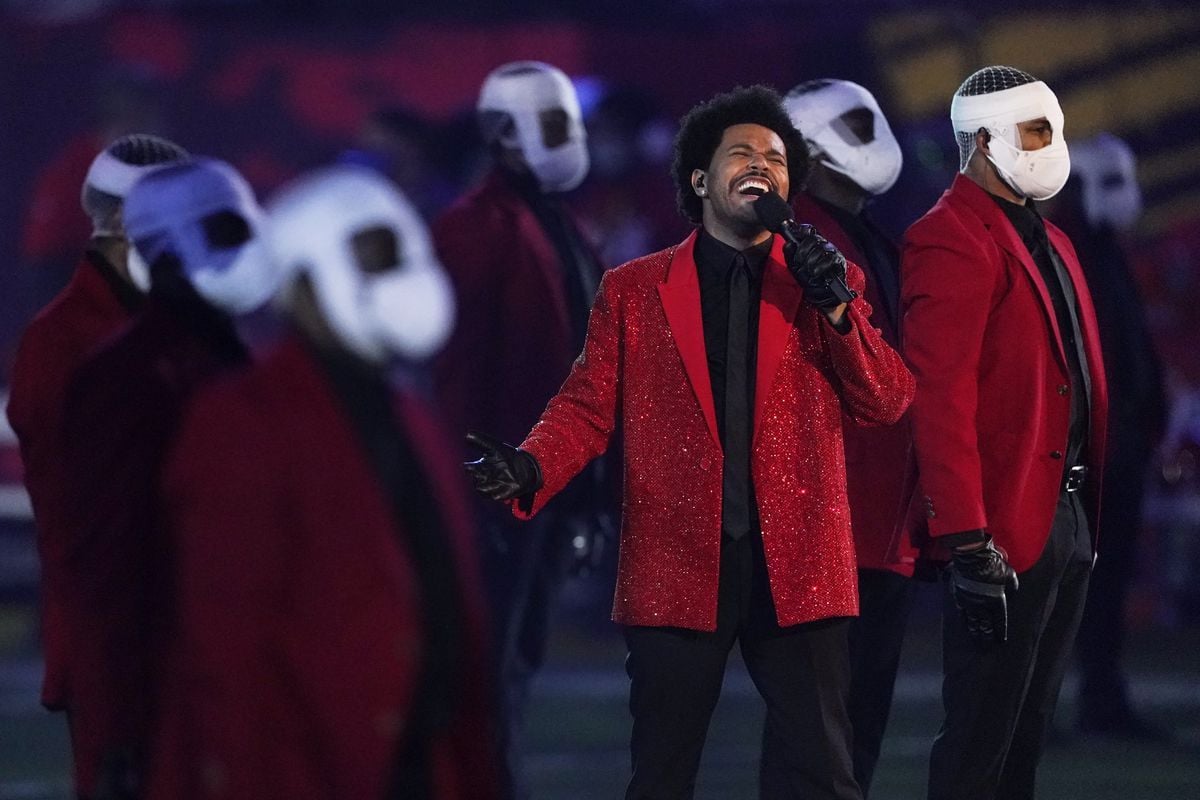 The Weeknd took it up a notch when he attended the American Music Awards in November, this time in a fully bandaged face, a look that disturbed audiences and one that would be echoed in the artist’s Super Bowl halftime show this past weekend.

This look would come to a head with The Weeknd’s music video for “Save Your Tears” when the video dropped in early January. 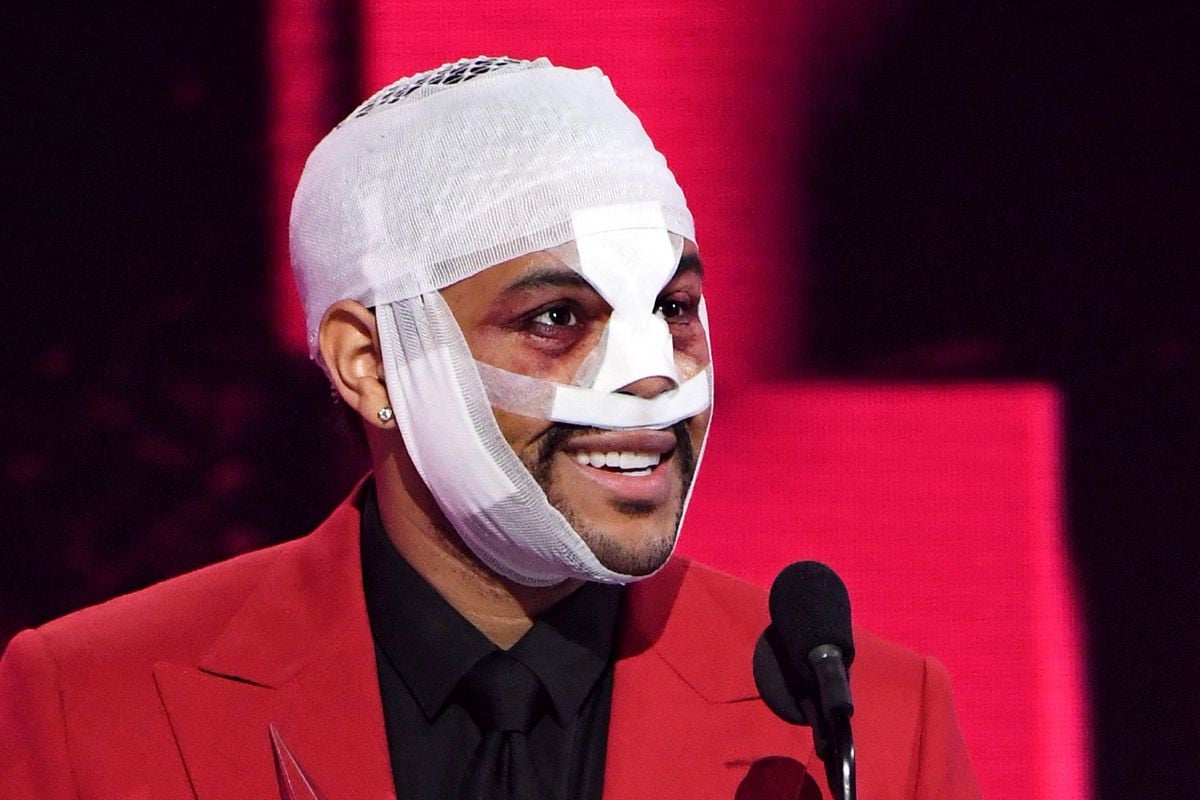 The video for “Save Your Tears” had The Weeknd brandishing a brand new plastic face, seemingly the result of surgery, and fans wondered if the Weeknd really transformed his face as a part of some greater artistic effort, or if perhaps the artist simply wanted to make some aesthetic changes to his mug (why? we wouldn’t touch a thing).

Whatever reason The Weeknd showed off his shocking look in his latest video, fans soon had an answer to whether or not the look was permanent. 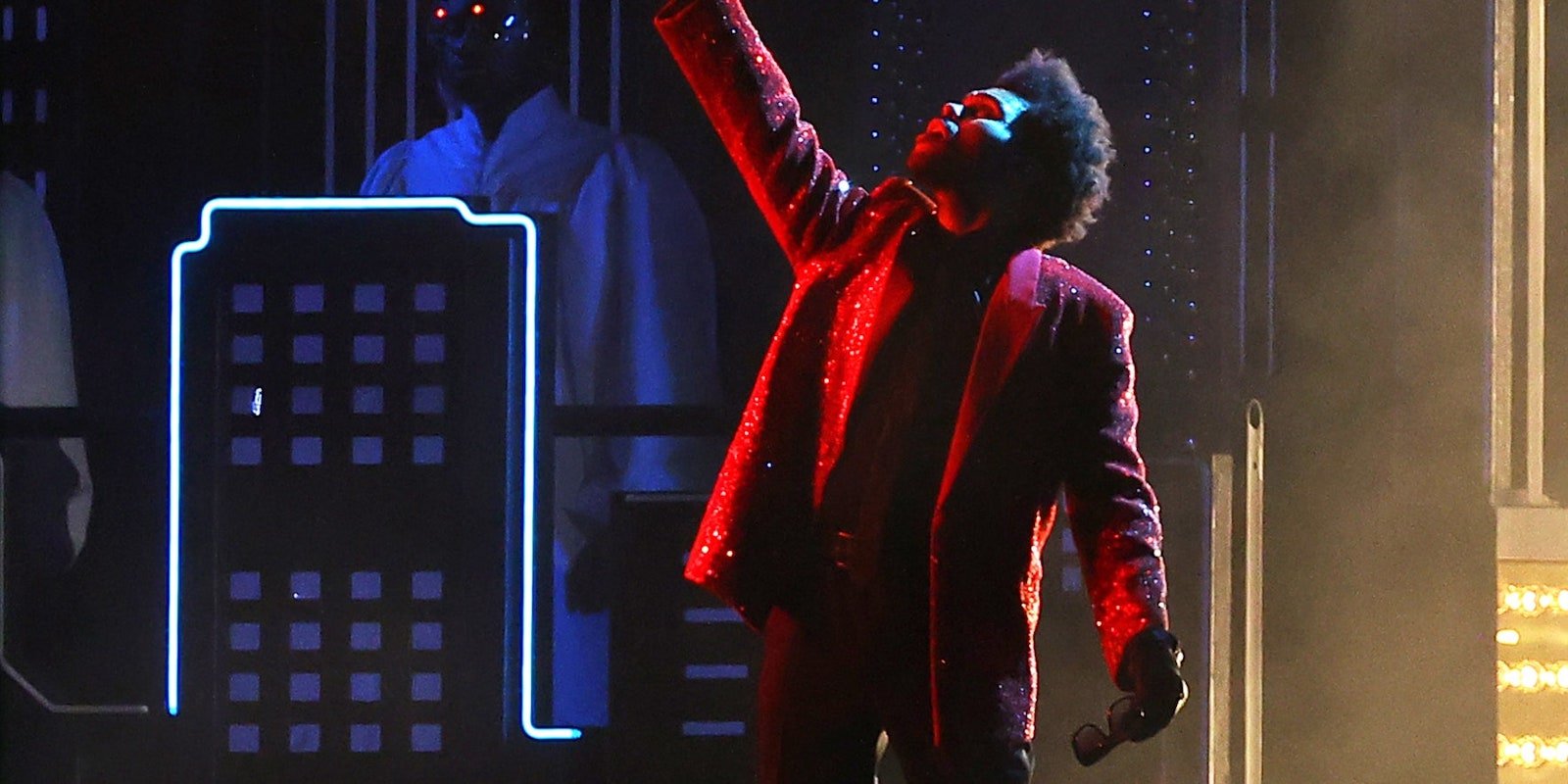 The Weeknd came out to perform “Blinding Lights” amidst a medley of his hits at the Super Bowl on Sunday with the natural un-bandaged face we all fell in love with when the artist first hit the charts.

However, the flurry of dancers who accompanied The Weeknd wore the look that’s riled up fans over the past year, leaving many wondering what the hell is up with these bandages, and what exactly The Weeknd’s angle has been with this continually changing look.

The Weeknd finally revealed what the significance of the bandages he continues to include with his appearances & performances to Variety last week. 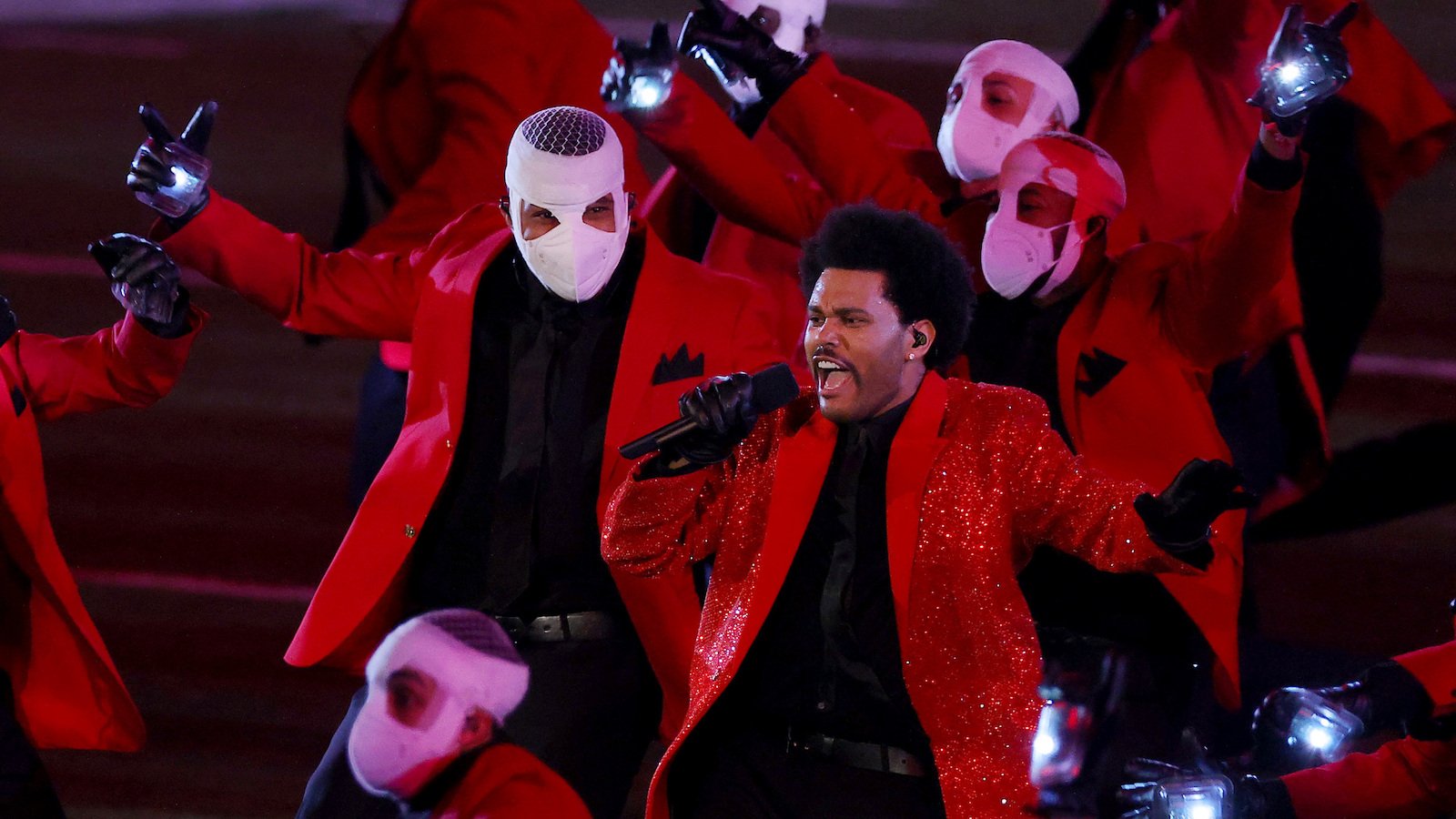 He explained that the bandages reflect on the absurd culture of Hollywood celebrity and people manipulating themselves for superficial reasons and to be validated (okay, Mr. Pepsi spokesman). Quite the hot take for a Super Bowl halftime performer, but we’re glad we finally have the mystery solved.

It seems as though the journey we’ve taken with The Weeknd over the past year has finally ended, as he’s come to speak about the mystery behind his evolving look.

It appears the look has come to a close with the artist’s blowout Super Bowl halftime performance, along with the dozens of dancers rocking his signature bandages. We can only wonder how the Weeknd will have fans in a tizzy in the future, and what concept Abel Tesfaye will bring us next. 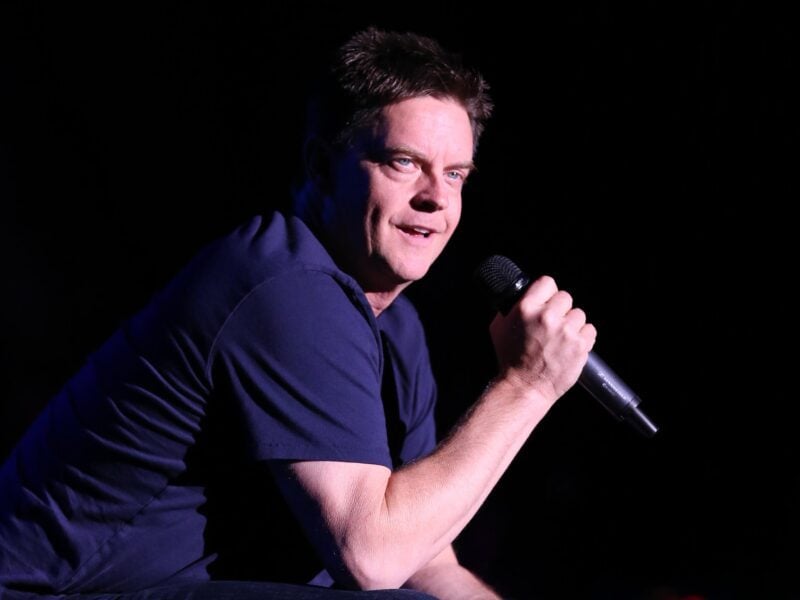