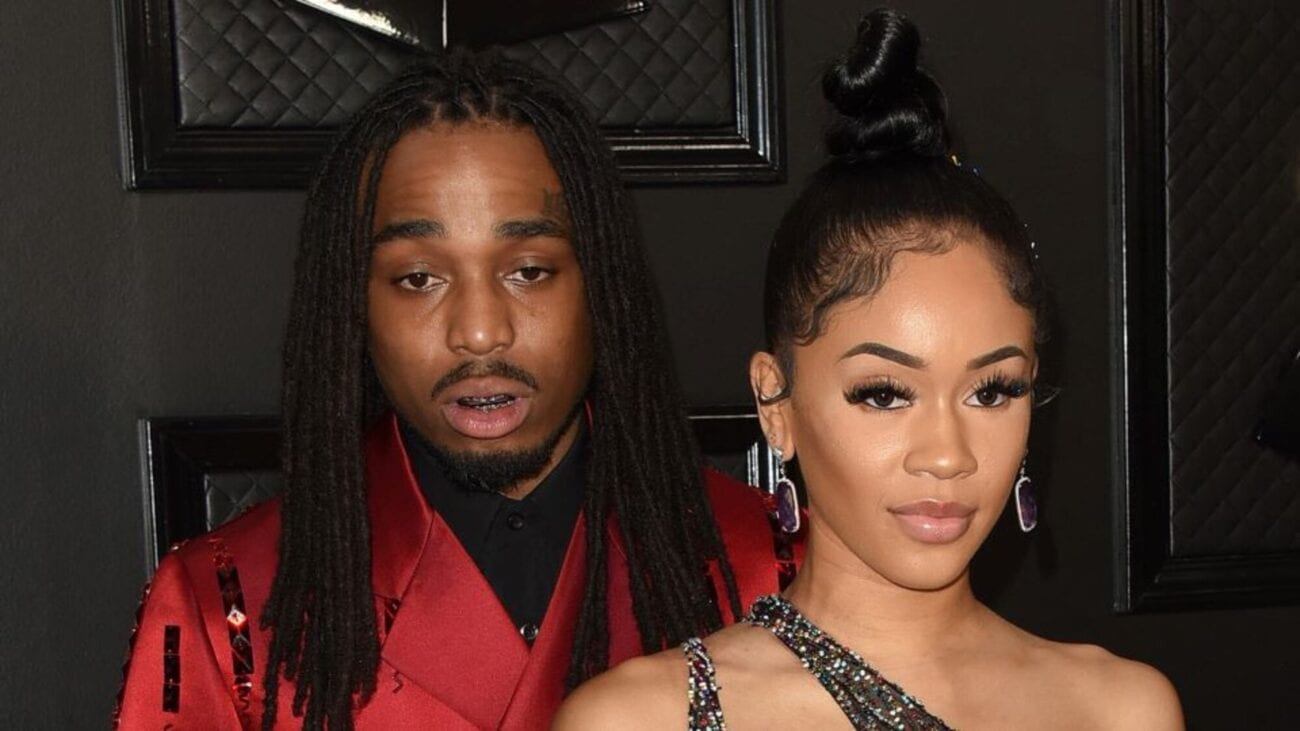 Fact check: Did Quavo attack his ex-girlfriend Saweetie in an elevator?

The break up of celeb couple Saweetie & Quavo was the trending topic all over social media these past weeks since the very public announcement on Twitter of Quavo’s alleged infidelity in their relationship, but it now seems Quavo may have done far more than just cheat on his now-former girlfriend.

This morning, TMZ posted a video of the then-couple in the middle of an altercation, and things got pretty physical, and not in the good way. The video, caught by a surveillance camera from an elevator, revealed that there was clearly something more serious going on in their relationship, and abuse was definitely involved. Find out all the details here.

Fight in the elevator

TMZ revealed that the surveillance footage they were able to obtain went down in an apartment complex in North Hollywood. The video captured both of them standing in front of an open elevator, and as it opens, the two already appear to be in a heated tussle with one another. Quavo uses a black backpack to push himself against his girlfriend, and Saweetie takes a swing at his face as he backs up in a hurry, clutching the bag.

From there, Quavo dodges the hit from his girlfriend, and Saweetie reaches into the elevator to grab a hold of an orange Call of Duty luggage that was already sitting inside as Quavo runs up charging towards her once again. The rapper then clutches onto Saweetie’s arm and drags her into the elevator while she resists.

He pulls her in with so much force that her other hand holding on to the orange Call of Duty luggage swings around flies inside with her. As the elevator door closes, the two struggle and fight on the ground over the orange luggage. Eventually, Quavo takes Saweetie’s hands off of it and watches as his girlfriend collapses back down onto the ground as he continues to stand, seemingly unfazed by the incident.

From the bottom of the video, you can see Saweetie’s head rocking back and forth as if she were in pain while Quavo presses the elevator buttons and looks back at his girlfriend every now and then while continuing to linger. He even looks up at the elevator camera. Then, the door swings open and someone stands in front of the door but does not walk in as Saweetie remains on the ground.

Quavo awkwardly adjusts the bags as the elevator doors come to a close once again and the rapper presses the buttons once more. Finally, the doors open up and Quavo walks out holding the bags and turns around to Saweetie, still sitting on the ground. He then proceeds to set the orange Call of Duty luggage against the elevator door so it won’t close on her as he says something to her and waits outside.

Saweetie then holds on to a metal railing next to her and uses it to try and pull herself up. It’s clear she’s struggling and in pain, as it takes her a couple of tries to get herself up. Once she’s up, she limps a bit as she walks out of the elevator and picks something up from the ground before the doors close and the video ends.

TMZ confirmed sources on both sides say “this incident went down in 2020 at an apartment building where Saweetie was renting”. However, neither has responded to what caused the fight, if abuse was ongoing throughout their relationship, or the story behind it all.

Just over a week ago, the then-couple turned their break-up public after Saweetie unfollowed Quavo on Instagram and took to Twitter to tell the world: “I’m single. I’ve endured too much betrayal and hurt behind the scenes for a false narrative to be circulating that degrades my character. Presents don’t band aid scars and the love isn’t real when the intimacy is given to other women”.

This alluded to infidelity being the main cause of their break-up. Quavo responded with: “I had love for you and disappointed you did all that. You are not the woman I thought you were.  I wish you nothing but the best”.