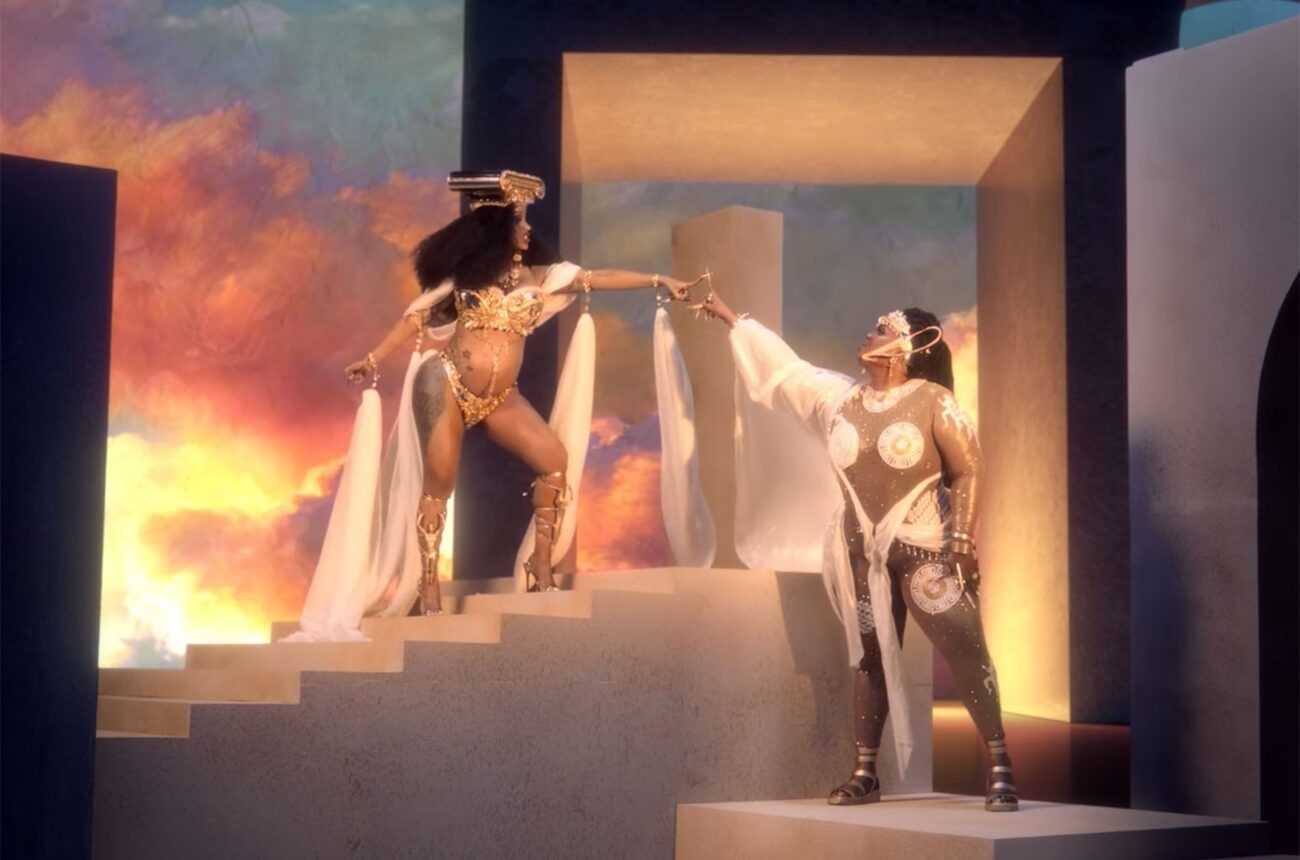 Cardi B and Lizzo: These goddesses team up with a new song and video

This weekend, we’ve all been jamming out to Lizzo & Cardi B’s new song, “Rumors”, and worshipping at the altar of the amazing music video that the duo has given us. Because, let’s be real, the music video for “Rumors” is freaking amazing? Did you see Lizzo’s hair? Did you see the video of, like, half a dozen people carrying it out because that? That is queen level.

Also don’t get us started on how Cardi B killed it between her verse and her vibes in the video for the new song. It’s just . . . *chef’s kiss*. Mwah! We love it. We’re obsessed. We need to watch the video again ASAP. How are people feeling about the “Rumors” video? Let’s take a look at the internet’s reaction to these goddesses serving us everything with “Rumors”.

First of all, yes.

Everyone has the same idea

There’s a lot about putting Lizzo in Hercules.

Lizzo subliminally letting Disney know that she wants a spot as one of The Muses in the live-action Hercules #Rumors pic.twitter.com/FB5qwTS3EC

Looks more liminal than subliminal, if you get what we’re saying

Lizzo did a direct NOD to the legendary Sister Rosetta Tharpe with this image on the vase!!! A Black woman created Rock n Roll. Never forget it. PERIOD! #Rumors pic.twitter.com/F5aP8FnmbE

Diving into the details

There’s history in the music video for “Rumors”. You wanna know about someone who is a BAMF? Sister. Rosetta. Tharpe. Learn your rock history.

Well, luckily, Cardi B is a queen in her new song.

Cardi and Lizzo leaving the studio after recording #Rumors pic.twitter.com/rCfwrj6JUw

Dang! Look at that!

cardi never misses when it comes to visuals #Rumors pic.twitter.com/1RHTMT8x5k

Cardi B knows how to serve looks for every new song.

We need to raise our glasses

I- I can't. She did it. Cardi did it again#Cardi #CardiB #Rumors pic.twitter.com/QsrhSIglfx

It’s just so good and they’re so talented. And we’re emotional!

What did you think about Cardi B & Lizzo’s new song? Did you love the vibes of the “Rumors” video? Let us know your thoughts and/or fave reactions from Twitter down in the comments below!