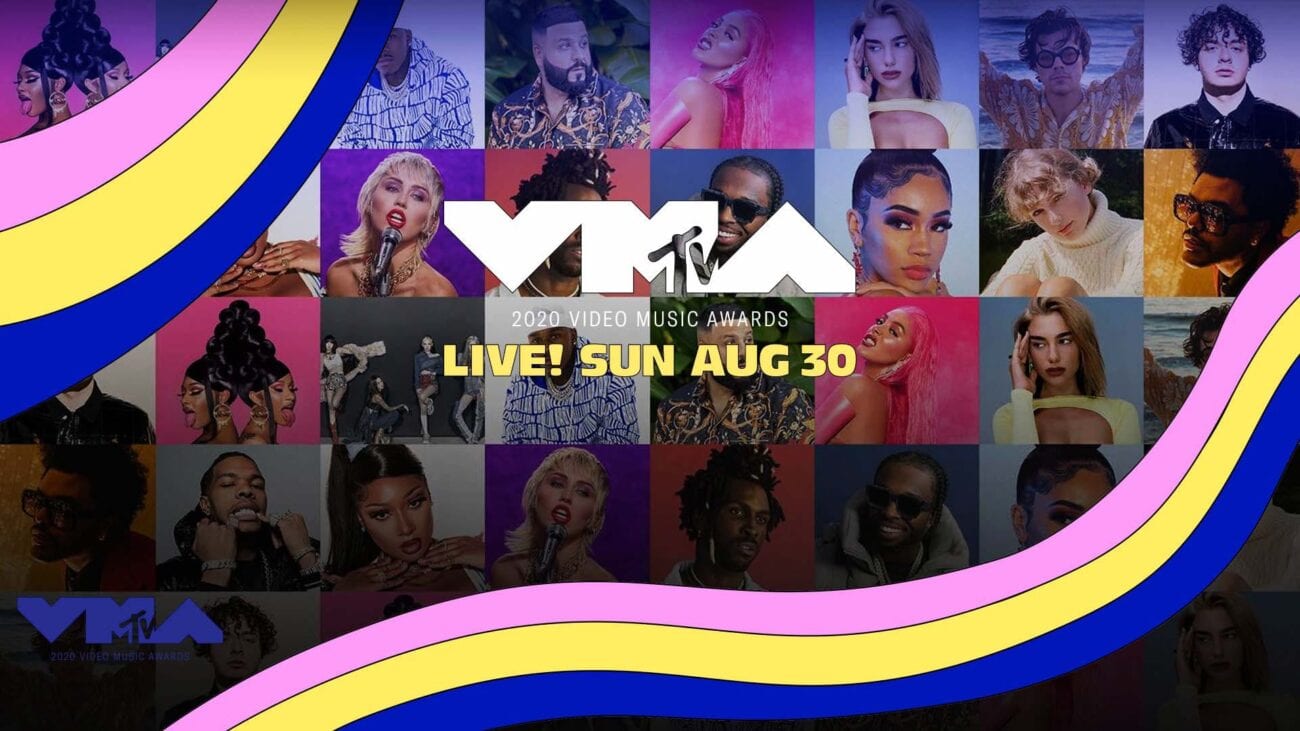 Did the remote VMA’s prove that awards shows are dead?

Did you know the MTV Video Music Awards (VMAs) were this weekend? With everyone being stuck in the house, it could be easy to miss one of the biggest nights in showbiz. Without the crowds, fanfare, or the normalcy of previous years, the 2020 VMAs were incredibly different.

Since crowds are verboten due to the worldwide coronavirus pandemic, the VMAs had to get creative this year. Instead of shooting in the crowded Barclay’s theater, VMA performances happened in pop-up locations around New York City and some in Los Angeles.

But how did they do it? With this creative approach, the VMAs could have revolutionized award shows for years to come. However, did we get a lackluster substitute for the usual hype around award shows instead? Let’s take a look. 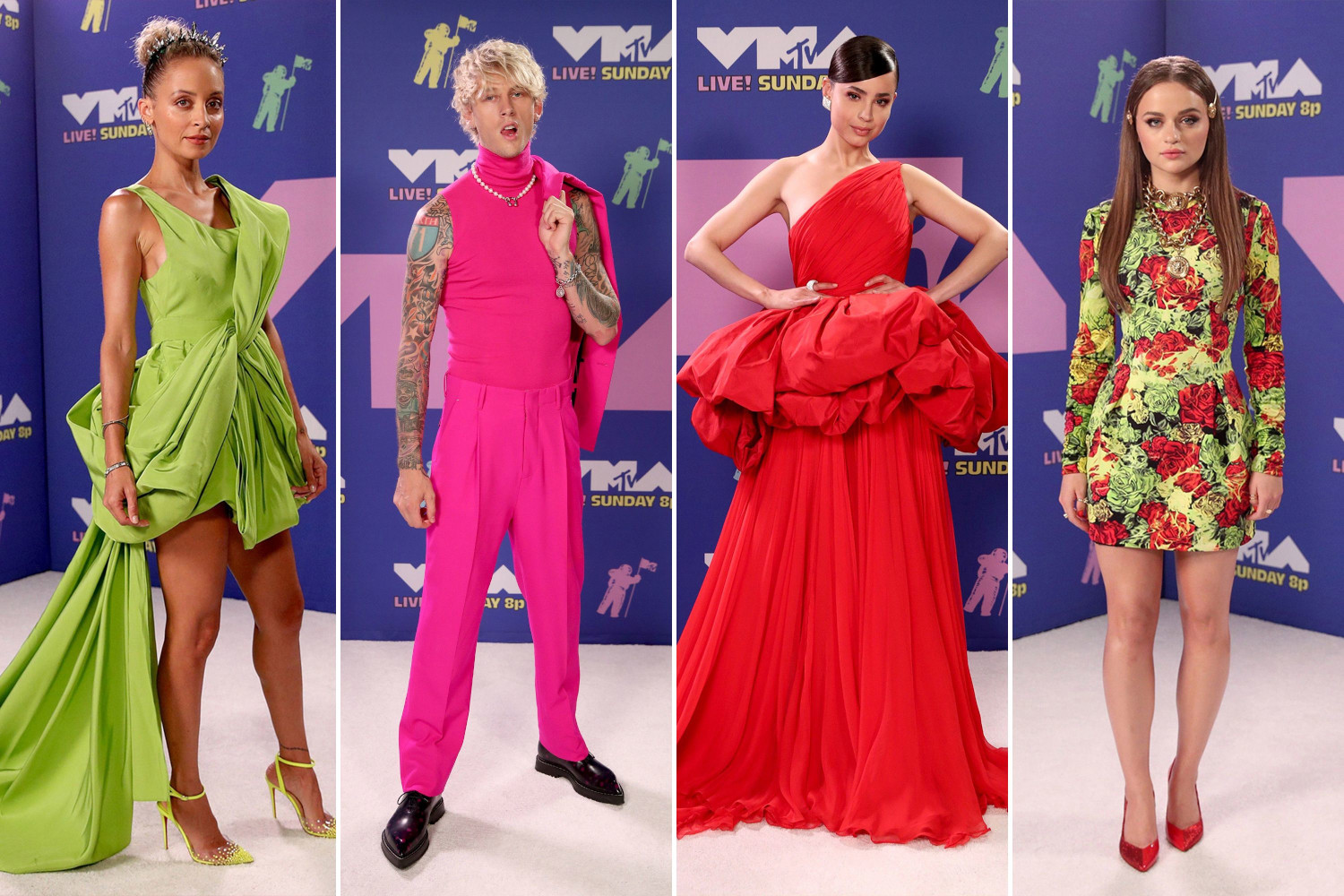 Social distancing on the red carpet

How can the VMAs have a red carpet when there’s no red carpet? Setting aside the question, if celebrities were probably watching or hosting from a video feed, does it matter what they wore? They could wear PJs by Louis Vuitton or Gucci if they wanted!

The VMAs still made a red carpet work. The New York Post confirmed that the VMA’s red carpet was canned, featuring stars on a green screen in their frocks & pre-taped interviews. Plus, with safer fashion choices (no meat dresses to be seen), it seems like the socially-distanced red-carpet was as sterilized as everything else this year.

However, was this all due to COVID? The New York Post points out that amid social media and an increasing volume of new media celebs (TikTok stars, Instagram influencers, and YouTubers who create their own coverage) saturate the red carpet with more get ups than we can remember, dulling the effect of previous red-carpet drama. 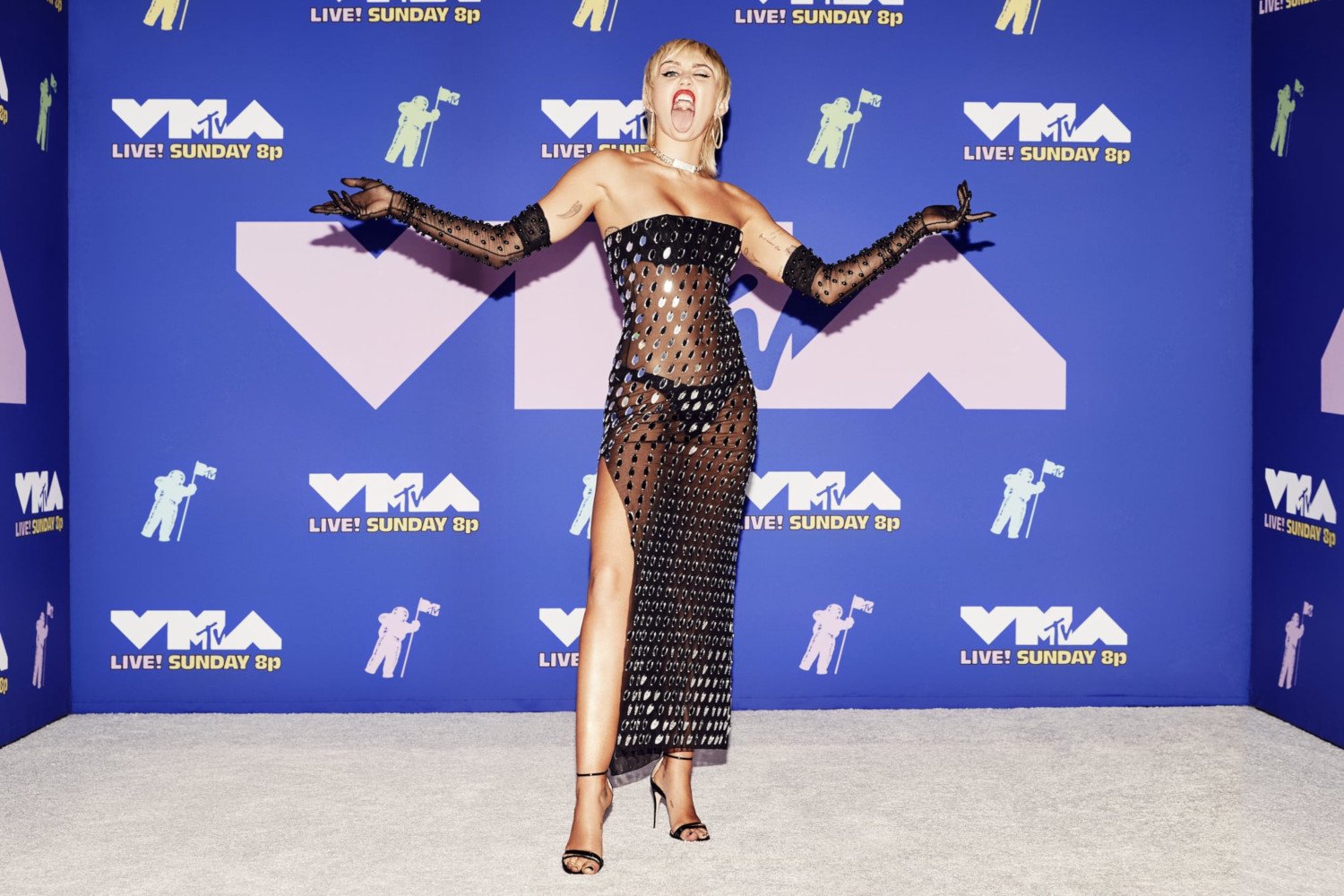 Most puzzling of all, The Weeknd looked like a mob boss who just got beat up. However, it was just makeup for his VMAs performance. 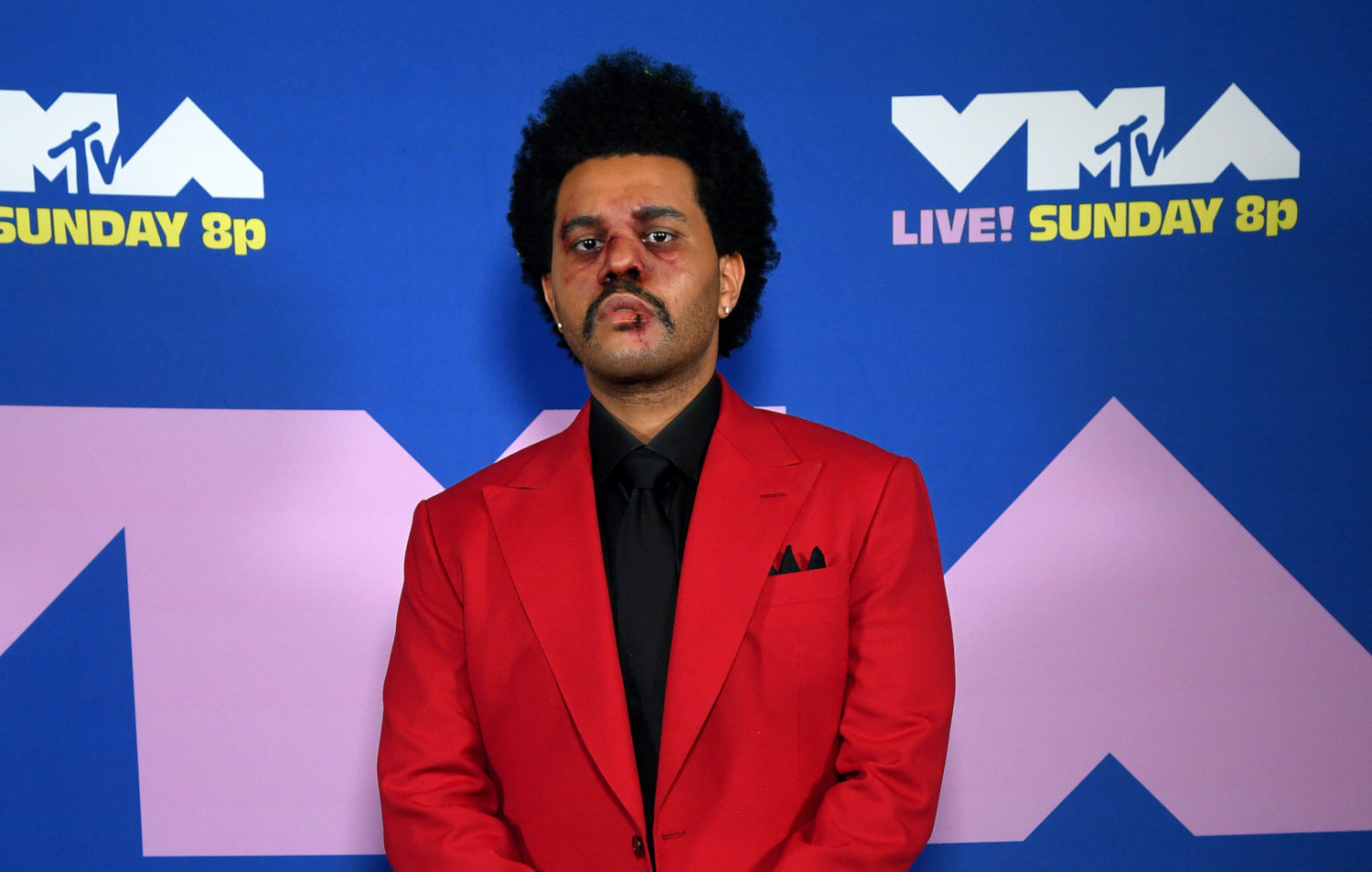 While the performances were live, a lot of the VMAs were pre recorded, including the interviews. If it’s not live, it lets celebrities avoid the usual trappings of the gaffes & controversy of past awards shows.

Again, the sanitized interviews & looks aren’t just due to COVID. With social media taking over how we get our celebrity news, we don’t have to wait for the VMAs to see shocking celebrity announcements or epic meltdowns. 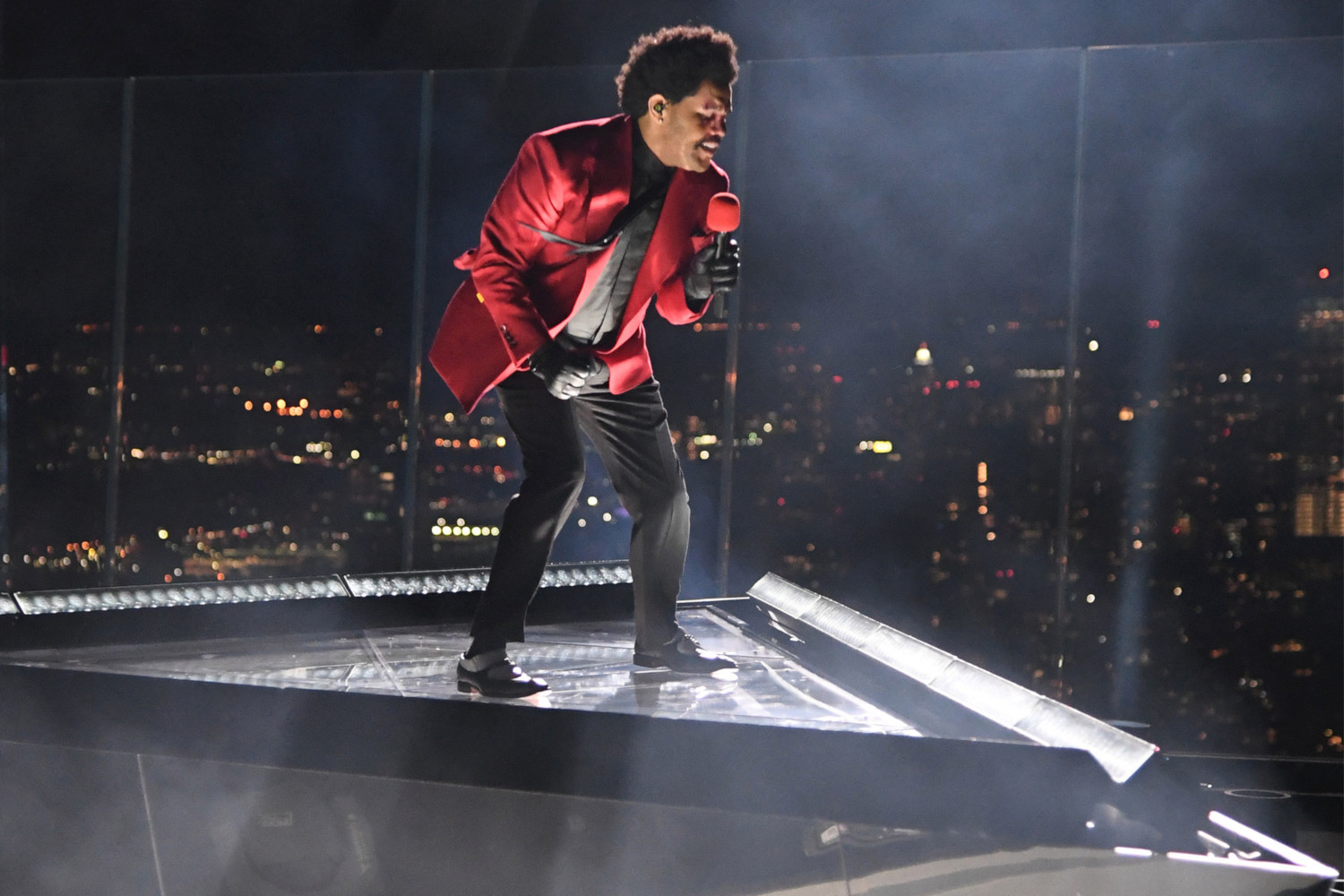 The Weeknd stole the show from the beginning, and his performance at the VMAs was hard to top. Performing on a skyscraper in New York City, The Weeknd brought his beautiful vocals & great energy to the smash hit “Blinding Lights,” culminating with fireworks over the Hudson.

Unfortunately, while that was a revolutionary performance, the VMAs probably should have saved it for last. The rest of the lineup couldn’t compete with the over-the-top set, so seemed lackluster in comparison. 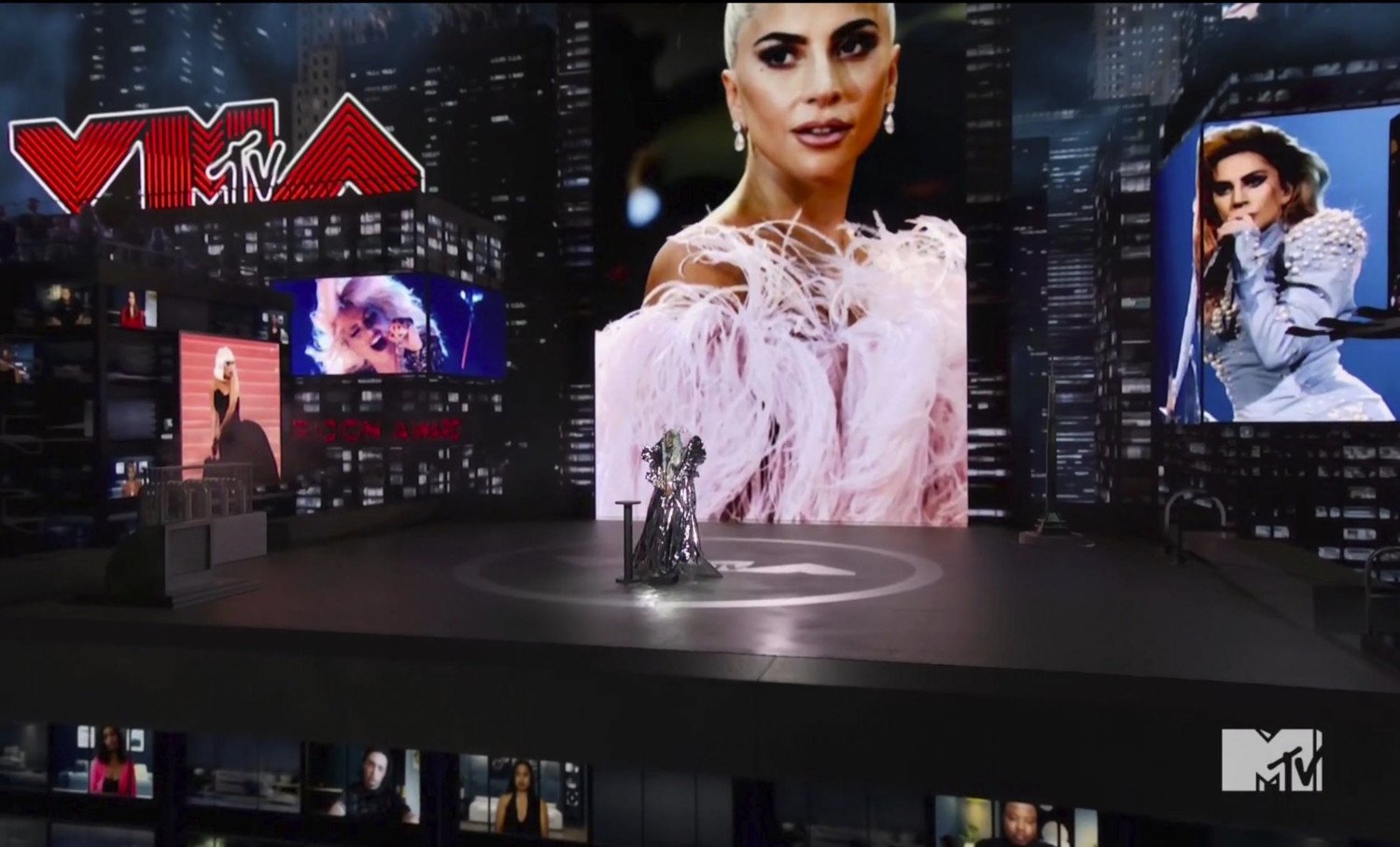 A bright light in pop music

We couldn’t help but notice that nearly all the songs at the VMAs were happy & pumped. It’s a welcome change from the dreary, dull mid-tempo pop sounds of the last few years. We hope it reflects a trend in pop music where the songs are more exciting and don’t sound like an antidepressant made an album.

While the VMAs may not have been completely memorable, in the COVID era, it could be the future of awards shows. Do you think this spells doom for awards shows? Were there some bright spots that could be carried forward to save the VMAs in the future? Let us know what you think!